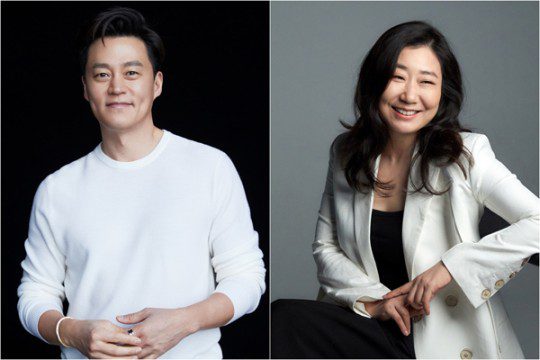 A new comedy drama is in the works for TVING called Internist Director Park, which is adapted from a top-ranking webtoon by the same title (written and illustrated by Jang Bong-soo). Actors Lee Seo-jin (Times) and Ra Mi-ran (Black Dog) have both been confirmed in the lead roles.

In a slice-of-life approach, the drama diverges from the more stylized medical stories that we often see in dramas or movies. Rather than a fancy hospital, our main setting is a neighborhood medical center that combines medical care and pharmacy services. The story explores the harsh but often humorous realities that health professionals face in their day-to-day lives.

Lee Seo-jin plays the titular character, Director Park. With his heart set on becoming a rich and well-respected doctor one day, he naively believed that opening his own clinic would guarantee a life of luxury. In reality, of course, his medical center attracts more flies than patients, and his daily struggle is trying to prioritize between making money and treating patients. Needing to provide for his family and scared of bankruptcy, he stresses over every packet of coffee, loses hair over free medical services, and his face twitches when he smiles for business purposes.

Ra Mi-ran takes on the role of the charismatic and fiery Sa Mo-rim. Although her husband Lee Seo-jin is a doctor, she has a tendency to second guess his opinions—she’s more likely to trust recommendations made by celebrity doctors on TV or scientific claims on documentaries. Still, she likes to call herself the Queen of Housewives. Despite appearing careless due to being a bit of a slacker, she is actually very thoughtful of others and ultimately supports her husband’s endeavors.

I don’t think I’ve ever seen Lee Seo-jin play a character like this before, and I can’t even imagine it because his “cool” and “can’t-be-bothered” variety image is basically seared into my brain. I’m curious and excited to see how well he can pull it off. And as for Ra Mi-ran, she’s always a win, period. Here’s hoping the story and execution are strong as well.

Written and directed by Seo Joon-beom, TVING’s upcoming comedy Internist Director Park will be premiering towards the end of 2021.

This is a pairing I didn't know I needed until I read the title...

He lit up in Marriage Contract when he was with the little girl. It will be interesting to see him in a comic role.

This pairing is everything.

This is an interesting couple. Ohh, and they are already married.
Ohh, and the story is not about what is wrong with their relationship but overcoming daily life and economic issues.... Also a little bit of humor??
I am totally in! ☺🙂☺🙂☺😊
I love Ra Miran since the revenge club, and I loved Lee Seo jin since Marriage contract.

I have not seen Lee Seo-jin in a drama. I have only seen him in variety shows of Na PD which is one of the best variety show combinations.
I have seen Ra Mi-ran only in drama cameos but I have liked her in every role. It is definitely an interesting combination.

It had me at slice-of-life but I'm also really interested in seeing Lee Seo-jin take on this role. I love Ra Mi-ran so excited to see her too.

oh this makes me so happy! can't wait to watch it! it helps that i was a nurse!