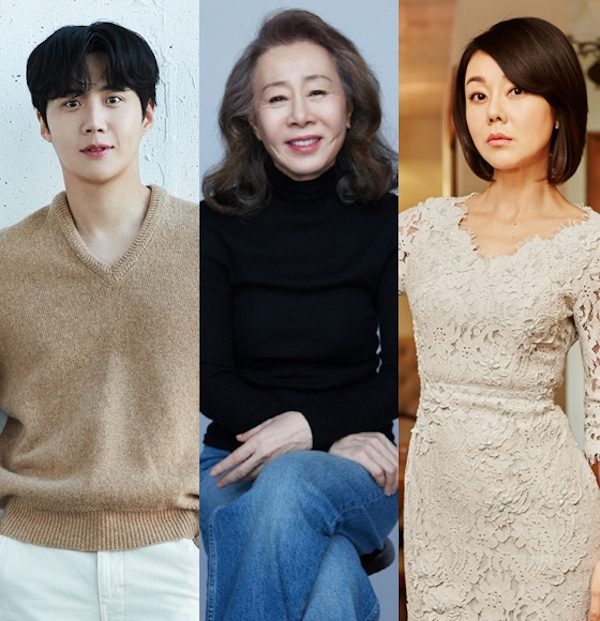 Kim Sun-ho’s career is super hot right now and he’s clearly cementing his status as a leading man. Despite being in the middle of promoting Hometown Cha-Cha-Cha, he’s not wasting any time lining up his next projects. He’s previously confirmed two other films, Sad Tropics and Date at 2PM, and he’s now adding a third.

Kim Sun-ho joins Oscar winner Yoon Yeo-jung (Minari) and veteran actress Kim Yun-jin (Confession, Pawn) in Dog Days, an omnibus film about pet owners and their journeys of growth along with their pets.

According to reports, Yoon Yeo-jung and Kim Yun-jin joined the cast because of their positive experiences working with Director Kim Deok-min. Kim has several assistant director credits to his name (most recently Keys to the Heart and Operation Chromite), but Dog Days will be first film as the creative lead.

Currently, the cast is undergoing final negotiations and schedule rearrangements, as all three actors have booked schedules this year. Likely, Dog Days will begin filming this December or early next January after casting has been completed.

Anywhoo, bless Korean cinema, I cannot imagine a theatrical feature like this being made here in the U.S.

Netflix did a series on dogs and dog owners from around the world similar to this 2 years ago.

Movies about pets/pet owners are not something that pique my interest (despite my undying love for my cat). Youn Yuh-jung and Kim Seon-ho as leads, however…. 👀👀

Wow congrats to Seon Ho n very happy for him. Hope he gets enough rests between movies n 2d1n.

Kim Sun-ho is right now one of my favorites... and it is not because he is being called for so many projects, but because since Stronger Deliveryman I have come to appreciate him as an actor. He also broke my heart in Start up!
I love him!!
I wish him lots of success!!!!

With this upcoming film, Kim Yun-jin is now had two upcoming projects alongside with Korean remake of Money Heist (Netflix). I hope Dog Days will be on Netflix soon since she and Kim Sun-ho's name credits got Netflix-certified.

This is such a reassuring news! I’m glad BB will have a chance to work with these super great veteran actors! He’ll gain a lot of experience from working in this project and I’m so happy for it.

Kim Seon Ho is everywhere!! He's clearly striking when the iron's hot. Salt has done a good job thus far in terms of his film projects. I really hope he can do Sad Tropical, that sounds like an interesting role for him. Something different from the norm that's he getting now.

Whoa! He got three movies lined up in a row, which means I will be missing him in dramas but his presence in 2N1D can make up for it.

Like Hollywood, does entry into movies mean his star/brand value is increasing?

Funny how I didn't like Sun-ho in Start-Up but I am looooving him in Cha-Cha-Cha. So happy for him!