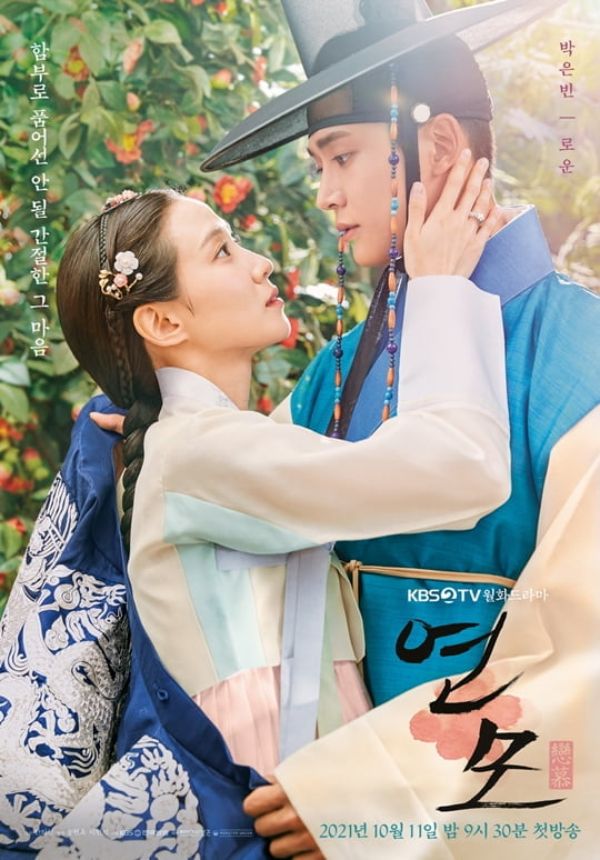 The first couple poster for sageuk The King’s Affection has been revealed, featuring Park Eun-bin (Do You Like Brahms) and Kim Ro-woon (Sunbae, Don’t Wear That Lipstick). The copy on the poster reads: “A sincere love that should not have been nurtured so recklessly.”

The King’s Affection is about the forbidden romance between a princess who must live impersonating her dead brother (the late crown prince), and the crown prince’s tutor. A short teaser clip has also been released.

In the teaser, Park Eun-bin skips along the hallways of the palace as a carefree princess, until a sudden mirror transition transforms her from princess to crown prince. She stumbles and is caught by Kim Ro-woon who was standing behind her. As she turns around to look up at him, he seems completely enchanted by her. They fall back to a respectful distance, and she gazes almost sorrowfully at him. The teaser ends with both Park Eun-bin and Kim Ro-woon announcing the date of the drama’s premiere.

Directed by Song Hyun-wook and Lee Hyun-seok, and written by Han Hee-jung, KBS’s Monday-Tuesday drama The King’s Affection will begin airing on October 11. 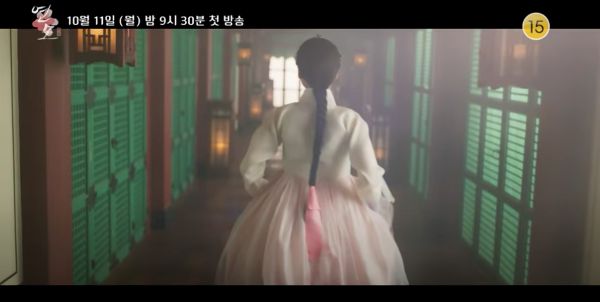 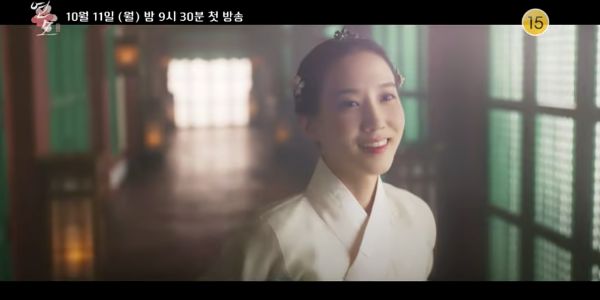 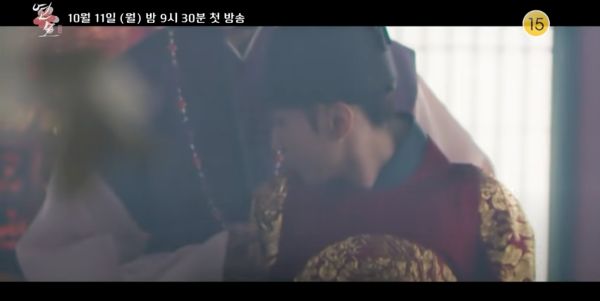 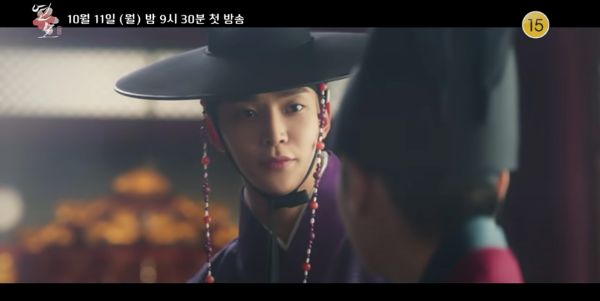 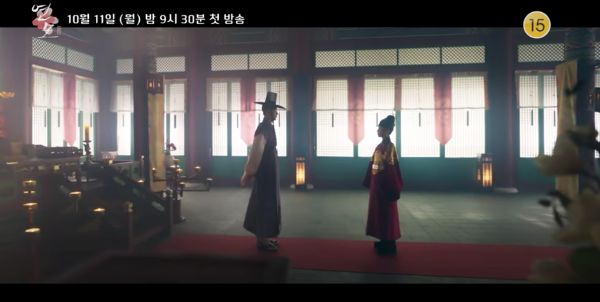 They released a second teaser but not disponible for every countries (mean KBS!).

Park Eun Bin looks beautiful as much as Prince than a Princess!

I think it will be fun to watch her hidding her identity and trying to not fall in love with her teacher :p

I know,right! KBS really is stingy with their updates on their own twitter/youtube pages(not even bother to include int. ones)
Park Eun Bin really looks charming in her King's robes...

I think it would be sweet if as princess, she had a crush on her brother's teacher and gets all flustered around him after she lives as the crown prince.

Hihi!
I just dropped by after just having seen a teaser from PEB's IG account.. why am I getting Coffee Prince vibes xD

The second teaser was fun!

"...he seems completely enchanted by her"

Well, yeah, who can blame him?

Please, please let this be good. The 2021 sageuks thus far were either "meh" (Bossam) or out and out clusterf***s (Josean Exorcist and River yadda yadda)

Ro Woon is SOOOO TALL and it's so FUNNY.

I'm not into knetz' so-called "heart-fluttering height differences," so I want all the 180+ actors to pair up with tall actresses. Ahn Hyo-seop (187) and Lee Sung-kyung (176) in Romantic Doctor Teacher Kim 2 is my favorite height difference, and while they weren't a couple, but Lee Do-hyun (182) and Geum Sae-rok (168) in Youth of May looked so good together.

I mean Park Eun-Bin is so short too. I was surprised they chose her as the Prince. Rowoon always pairs with actress around 1m60 😂

I think he had to crouch down for a lot of scenes with Kim Hye Yoon is Extraordinary You. Its kinda hilarious. Also why are all his actresses so much shorter than him? KHY, WJA and now PEB.

Well to be fair, as I've mentioned previously, he's 6'3"; a little over 190 cm lmao.
Even if we paired him with a taller actress, to fit @panshel's preferred height match, there's still likely to be a minimum of almost 15cm difference between them.
I think I found only one female actress over 176cm.
So really, it's just that most people are so much shorter than him kekeke

Personally, I don't mind big height difference, and can appreciate them; it's just particularly jarring here, for some reason for me, and therefore I find it hilarious. Even though as you and @kurama have pointed out- this is similar to his last two pairings also, 😂😂😂. Maybe there's less forced perspective in this trailer? Maybe it's the gat? Maybe it's as @tineybeanie pointed out in the poster promo, that it makes her as Prince and King look so much SMALLER, drawing attention to her size and stature, and therefore perhaps the fact she's actually a girl? I don't know.
I'm greatly amused by the choice to cast Ro Woon of all people, whatever the case.

I think it's because his 3 dramas are webtoon adaptation and in romantic webtoons they love height difference.

In Extraordinary You, the 4 male leads were above 1m85, Kim Yound-Dae being the shorter with 1m85!

For this drama, I guess everyone will feel small beside him, so would they really think that the Prince is a girl because of that? When they're all in the same situation :p

I think Kim Hye Yoon mentioned that she had neckache from filming EY? (not sure if she was joking) :D

When the cast for Yeonmo was announced I thought it will be the EY height difference again...

Now that the poster is out, it does look pretty obvious :P

I wonder if we will get some plot twist where she has to wear high heels under the robes to pass as her brother.. Hehe

@Anon D yeah Kim Hye-Yoon's neck suffered a lot because everybody was taller than her :p She didn't even hear well when Rowoon and Lee Jae-Wook were talking together 😂

I'm so glad I'm not the only one completely amused by that height difference. That last shot is absolutely comical. I don't know how they're gonna convince people that Rowoon's character actually believes she's the crown prince.

I was wondering if they were going to make it a point to have a shorter actor play her brother that she's standing in for in this drama.

Honestly, atp I think she's going to be laying the brother...😕

Let this be good! Please! Also is she the king or the crown prince? I thought the red is for the king.

The height difference is delightful.

Let it be good because damn, it looks amazing.

I'll watch anything with Park Eun Bin. The art direction is so sweet and airy.

Park Eun Bin is such a delight and she is absolutely hilarious!