A young woman discovers that she's the secret twin of the crown prince, though she was abandoned at birth. She sacrifices her identity to take the place of her brother, pretending to be him for the sake of her country and her loved ones.

A young woman discovers that she's the secret twin of the crown prince, though she was abandoned at birth. She sacrifices her identity to take the place of her brother, pretending to be him for the sake of her country and her loved ones. 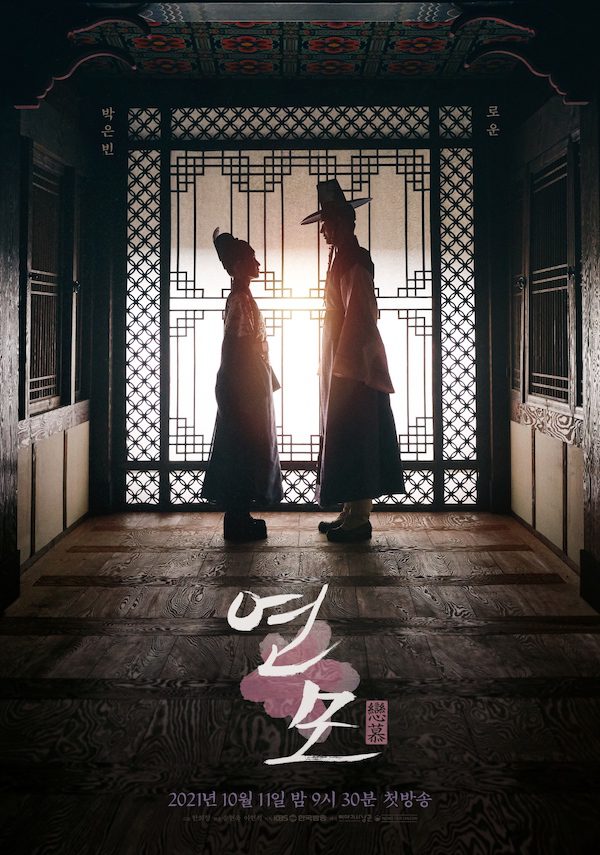 Upcoming KBS sageuk-romance The King’s Affection has released a teaser poster and stills of Park Eun-bin (Do You Like Brahms?) playing Crown Prince Lee Hwi of Joseon.

The King’s Affection, based on a webtoon by the same name, is a story of palace intrigue. Park Eun-bin was born a royal twin, but she was lost in the shadows while her brother was celebrated as the crown prince. When he died, however, she was forced to take on his identity in order to survive.

Playing the crown prince’s teacher is Kim Ro-woon (Sunbae, Don’t Put on That Lipstick). As he learns the true identity of this aloof, lonely royal, a secret attraction and forbidden love develops, threatening everything that she’s tried so hard to protect.

In any other poster, I would have lived for this height difference, but honestly, I think having Park Eun-bin looking up at her subject weakens the impact of the image a bit. That said, Park Eun-bin looks amazing in the traditional crown prince garb, and she’s already got that serious king-to-be aura down.

Directed by Song Hyun-wook (Oh Hae-young Again) and Lee Hyun-seok, and written by Han Hee-jung (Clean With Passion for Now), The King’s Affection will premiere on October 11. 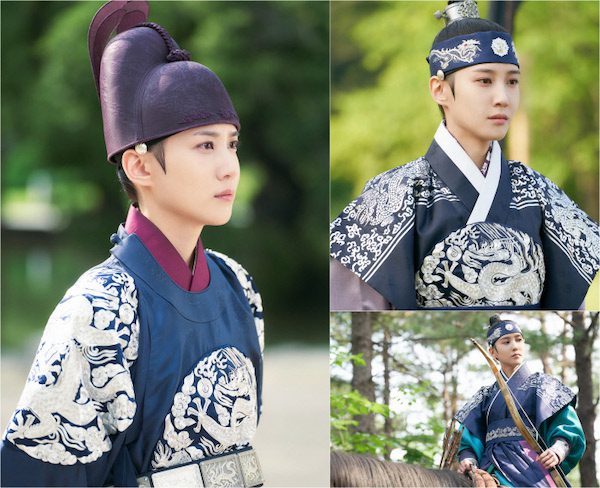 Her profile makes her look like a young lad. How adorable. We haven't had a gender bender in years in dramaland. Welcome back!!

We had with Tale of Nokdu, which is btw a great sageuk.

You are right, I forgot about Tale of Nokdu, but that was still 2 years ago, almost 3 years ago now.

Nooo I was so excited until I read this and find out it's Clean with passion writer.........

She looks so good in King costumes. She gives off some gravitas. She's a great actress, I'm impatient to watch this drama!

Have been waiting for this one! This pair looks promising! Can't wait for a video trailer!

Park Eun Bin in a lead saguk role.. Yes!
Feels like perfect casting too!
She and Kim Min Jae are both on autumn dramas again on the same station!

The cast of Extraordinary You (Rowoon and Kim Hye Yoon) are on sageuks this year too, those parts in EY were rather good..

Guess we will be seeing lots of sageuks soon

Hoping that the writing and execution will be done well!

I love sageuks. Even though I have not seen them all, I always try to check the trailers and promo stills of new sageuks. Six Flying Dragons is still on my list. I'm now watching Red Sky, and waiting for this one, along with the one with Kim Hye Yoon, and the one with Hyeri. There's also the one of Yi San with Yunho, right? And I heard of a long traditional sageuk coming soon about Yi Bang Won. Ohhhh lots of sageuks coming!

Yes, do you mean the Yisan one with Junho? Think it is coming soon indeed! :)

Meanwhile his fellow 2PM member Taecyeon will be in the one with Kim Hye Yoon..

All these dramas seem to be of different themes and genres despite all of them being sageuks!

I have learned to shy away from dramas with gimmicky premises, but based only upon personal memory, FLs are more successful in the gender-disguise roles than the MLs. I am especially looking forward to seeing if Park Eun-bin can play a character with a strength of will other than spunkiness or dogged resilience. I also imagine Kim Ro-Woon can easily own this kind of role.

But I can't make up my mind whether the romance angle would have been more interesting if the tutor was played by an actor with a more delicate frame and face, like PEB's last co-star, Kim Min-jae

Last (silly) point -- one of the drawbacks to this being a sageuk is that there are no daily clothing items which can hide the lack of Adam's apple...

The gender-bender in Tale of Nokdu was pretty well done. Great acting in there.

The Brahms OTP truly look like they would work in a rom com or a sageuk too.. And KMJ was a lead in one previously.. :)

But this definitely looking forward to Rowoon's performance..!

And it's great to see PEB challenging different roles!

I’m so excited for this one! Park Eun-bin looks amazing in the crown prince garb. And I just know that she will be incredible in this role, like she is in everything.

She's one of the best actresses in her age range. See her becoming an even bigger name in the future like a Gong Hyo Jin/Kim Hee Ae type of actress.

I'm not a big fan of gender bender dramas, but I will check this out for sure. (yes, Tale of Nokdu was good)
This Park Eun-bin reminds me of Park Min-young in Sungkyunkwan Scandal a little bit but far more believable (as a guy) than PMY somehow.

"In any other poster, I would have lived for this height difference, but honestly, I think having Park Eun-bin looking up at her subject weakens the impact of the image a bit."

An astute observation; Perhaps a poster with her standing on steps looking down at him would achieve a better effect, shot at sunset to achieve the same back-lighting.
Bearing mind however, that Ro Woon is 6'3", and there are only a few Korean actors taller than him, least of all Eun Bin 😂😂😂

Just want to say I used to like the manhwa a lot and recognized the premise immediately. Park Eun-bin looks so cute in this, I'll definitely check it out!

Park Eun-bin looks amazing in those stills, she has great presence as an actor. But I'm not fond of the height difference in this kind of drama as it both diminishes the character of the prince physically and also threatens to expose her secret by creating interest in her height.

Park Eunbin looking like a very convincing male is what I'm here for. It felt like watching Park Bogum in Moonlight omg 😍😍😍