Now We Are Breaking Up

Cast of SBS’s Now, We Are Breaking Up gathers for first script reading 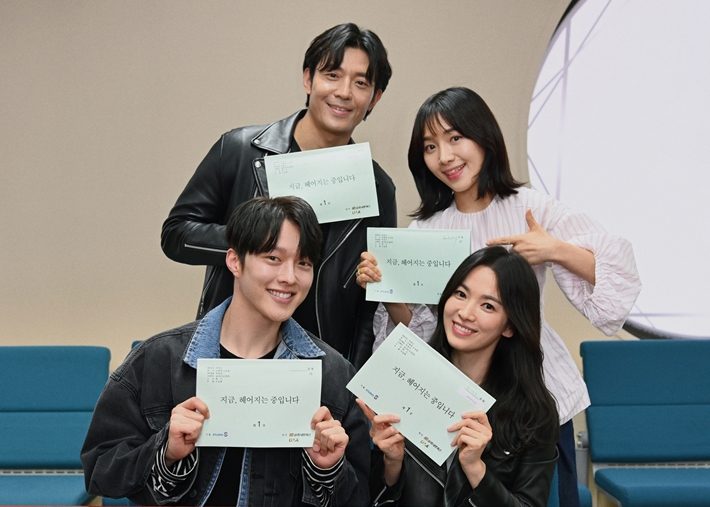 SBS’s new romance Now, We Are Breaking Up has released new stills featuring the cast at the drama’s first script reading which took place back in April.

The story takes a realistic approach with relationships and break-ups, and explores how being in love is not always sweet. Dating can be spicy at times, people can get salty, and sometimes romance quickly sours.

In the lead roles, Song Hye-gyo (Boyfriend) plays a trendy careerwoman who works at a fashion company as the team lead of design; while Jang Ki-yong (My Roommate Is a Gumiho) plays a freelance fashion photographer.

Choi Hee-seo (Forest of Secrets 2)’s character is the director of the design team, where Song also works, and Kim Joo-hun (Do Do Sol Sol La La Sol) takes on the part of a PR company CEO.

Jang Ki-yong may be away completing his army duty but it’ll be nice to have this drama to tide us over until he’s discharged. Written by Je In (Misty) and directed by Lee Gil-bok (Romantic Doctor Teacher Kim 2), SBS’s upcoming Friday-Saturday drama Now, We Are Breaking Up premieres November, following One the Woman. 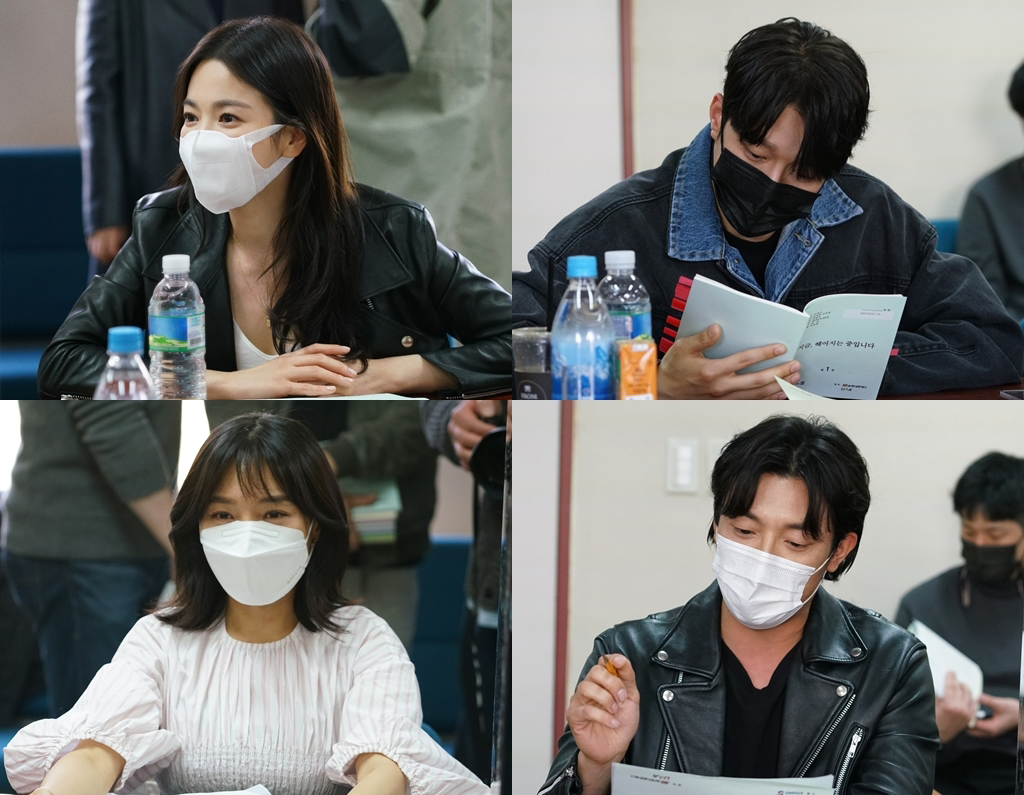 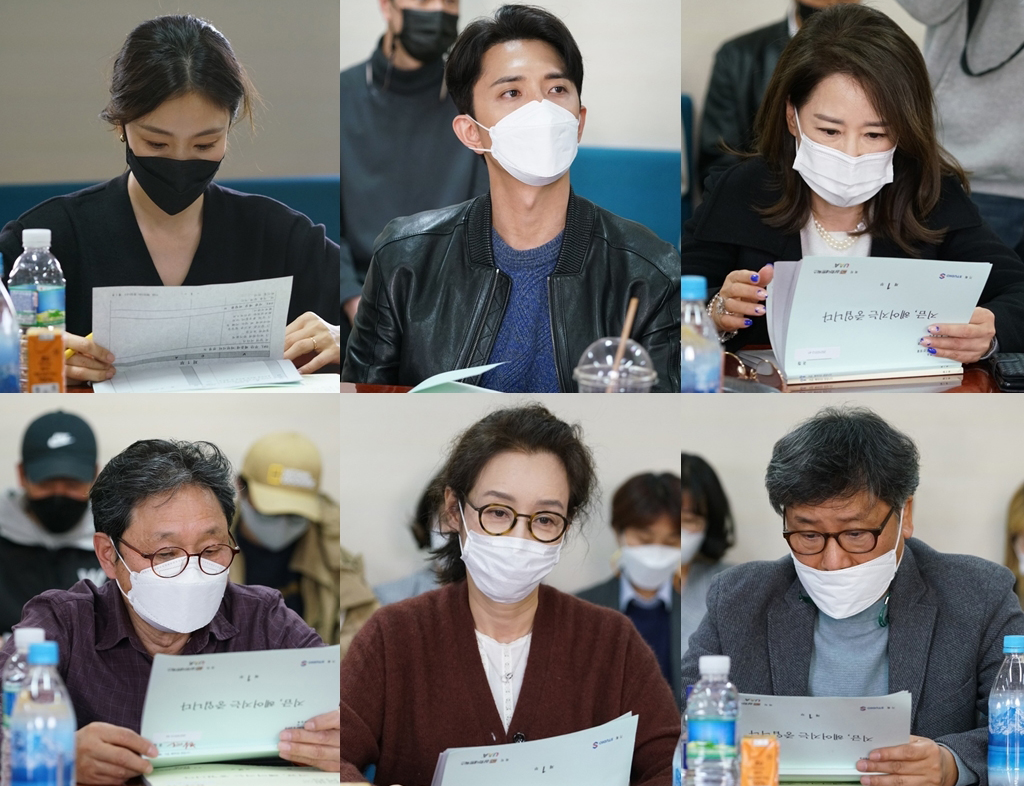 I enjoy noona romances as much as the next person and I get that the two leads bring plenty of star power but in their respective careers, while both are undeniably ornamental, IMO it falls upon their acting partners to jumpstart the chemistry. When two actors with such inscrutable performing styles need to play off each other...well, here's hoping for the best...

This pairing is REALLY hard to imagine.

This is the far nicer way of saying "wood on wood".
Hope nobody holds an open flame near this forest.

Lol, pretty much spot-on but I do try to be diplomatic about such things...

Am I already yawning? OK, that was not very nice but I could not resist.

Spot on. I really cannot imagine this pairing without also seeing the sheer boredom that will accompany it…

I wonder when will Song Hye Kyo play a poor and struggling character in a melo kdrama? I just hope I'll see her in challenging roles just like her character in the movie My Brilliant Life.

I really like her in that movie! Song Hye Kyo is in my opinion the most beautiful Korean actress to grace my Tv and I often find myself watching her dramas…but she seems lacking…I don’t know what it is…I think she is a good actress…

She is undoubtedly beautiful. I just wish she takes on more diverse and challenging roles in dramas and movies.

She is famously beautiful, having made a number of "100 Most Beautiful Women in the World" lists.

Perhaps this fact has actually held her back. But Kim Yoo-jung is both gorgeous and an extremely good (not just very talented) actress. Of course, Ms. Kim has been acting professionally since she was six years old- and that may explain why she escaped from that trap. Still, her example really underscores the point you have made as Kim Yoo-jung has in fact been willing to take on more controversial roles - like BACKSTREET ROOKIE.

Song Hye-kyo really should do as you suggest and stretch into something more diverse and challenging. BOYFRIEND certainly was not that.

Given that the writer of this drama also wrote MISTY and that the director is very good maybe this time we will see something different. This certainly does not sound like your standard rom-com, so we shall see.

I’m only watching for Ki-Yong. I feel like SHG has been typecasted into these roles.

"Typecast" may be an underpowered way of putting it. IIRC, "Autumn of My Heart" came out around 1999(?) but SHK's last three dramas, one ML had just completed his military service while the other ML went in after performing with her. Kind of says it all...

On the bright side, we can go off our sleeping pills for a month or so.

I don't get why someone with SHK's star power is going for such a mediocre script. Yes, I get that she is a mediocre actress as well (IMO), but feel like her star power would afford her much more exciting scripts, no?

From my observation, generally, it is B list actors who choose based on the plot summary. A list actors choose based on who the writer and director are. In this case, Misty was a female centric drama with high ratings, that's what SHG expects from this drama as well.

Dramabeans, I appreciate that you have to balance your books, but please please choke back a bit on the all-singing, all-dancing, all-flashing, all-moving ads that literally smother the page in shimmering images - it is so hard to read a recap or an article when there is stuff flashing at you from every direction.
You do such a great job - why don't you ask every person who reads you regularly - AND there must be hundreds of thousands - to take out a subscription of anything from $5-10 per annum. I used to read you first thing in the morning and last thing at night even when I'm not watching dramas, because you are so entertaining, but I end up hypnotised/migrained by the time I've read a couple of long articles. I've even had my Mac's Ram tripled because your page is so memory-greedy it was slowing my computer down.

At least offer readers the option of an ad-free page if they pay $10 a year. You will be surprised how many people will take it up.

I want to get back to looking at the page every time I turn on my computer, but I'm down to every other day now - it's all my eyes will take.

Check out the 'Be A premium Supporter' option.

You can choose if you want to keep the blue bean (= you're a contributor) or not on your profil, it's the button beside your name.

Jang Ki-yong seems to be the cutest person ever. I don't know... everytime that I see his photos he's smiling like this, and his videos and interviews are also adorable. I don't like him that much in terms of acting, but ohhhhh he's so cute. I'll try to watch this.