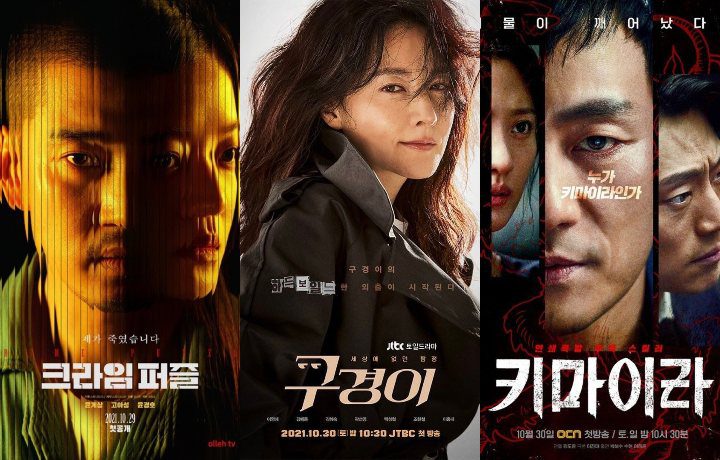 We might be getting too used to a drama smorgasbord every time we have a new round of premieres, because this week we only have one flavor to choose from: crime. Each drama brings something different to the table, but it’s still not the genre hodgepodge we’re used to seeing. 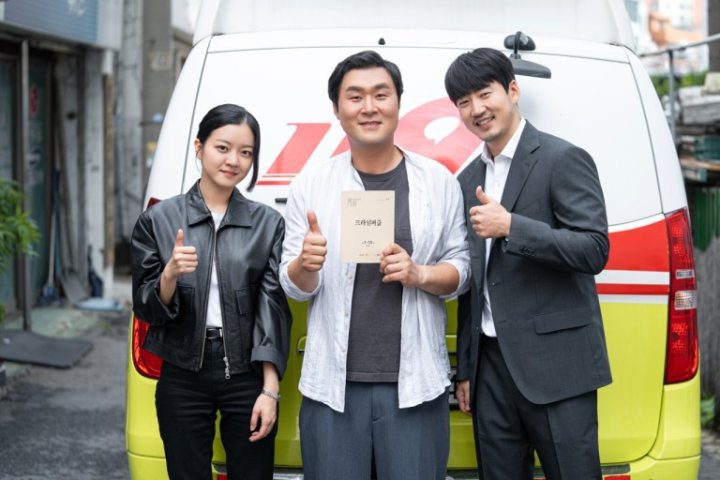 Reasons to watch: Yoon Kye-sang returns to dramaland in his first project since Chocolate, and it looks intense! He plays a well-respected criminal psychology professor who upends his world by confessing to a murder. But it’s not that simple. Everything is a little too perfect, and Yoon’s ex (Go Ah-sung) works with her fellow detectives to find out the truth after his imprisonment. Going based off the promos, I’m excited to see Yoon Kye-sang deliver the intensity necessary for this mystery-thriller. Also, he looks hot with a buzz cut. 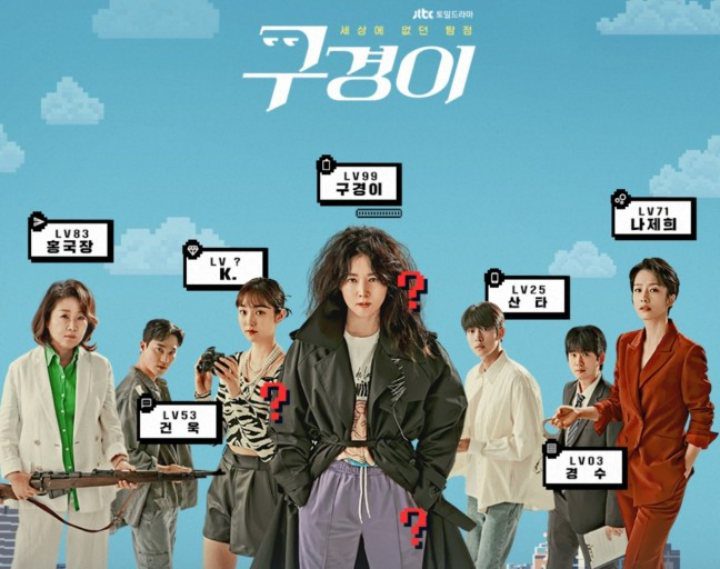 Reasons to watch: Lee Young-ae returns to dramaland in the remake of BBC’s Killing Eve. She plays the lead role of a former police officer who works as a private investigator of sorts. She’s quirky and damaged, but it seems like it’s her colorful character that will bring the story to life, adding black comedy elements to a story about a college-aged killer whom our heroine must track down. I have a hunch the acting will be great here, and there’s nothing I love more than a quirky homebody heroine.

Reasons to watch: Long time no Park Hae-soo! He’s back after Squid Game starring in OCN’s latest crime thriller extravaganza, and is joined by Soo-hyun and Lee Hee-joon. The three (playing a detective, profiler, and surgeon) come together to solve a string of serial killings, but as ever, nothing is as simple as it seems, and the killings are tied to a case over 30 years ago. The story also seems primed for a lot of twists, with characters that seem more suspicious by the second, and a side helping of mythological beasts, and psychological mayhem.

I liked Killing Eve but I am not sure about a desire to watch a kdrama remake of it. Previous remakes of other western shows didnt fare so well.

This seems like a pretty loose remake--I totally forgot it was one until I read this lol. Actually, this Naver article describes it as "the Asian version of Killing Eve", so I'm not even sure it's a proper remake? Sounds more like an "inspired by" type of deal.

Hopefully it would have good reviews for LYA's sake. It would've been interesting to see a kdrama version of it. But not really inclined to check it out since I have been disappointed in the past.

*Inspired by* will do me. S1 of Killing Eve was dark and funny and blood thirsty. I had no desire for S2, much less a k version.

Same. I liked S1 much better.

Where is Dr. Brain, the new drama that will launch Apple TV+ in South Korea? Kind of disappointed at the zero mention on DB when it not only features a star-studded cast but also directed by one of the best South Korean movie directors.

That premieres next week, not this week.

My bad. This week is almost over though, so that's why my confusion.

Dr. Brain? is this a remake of the japanese Dr. Brain with Kimutaku?

I am kind of tired of serial killers :{

Can't find where Crime Puzzle will be streaming in US w/English subs, anyone?

Goodness me....
I'm a sucker for crime drama.
I don't really care for the kversion of Killing Eve.
But the other two, please please be good!

Crime Puzzle is the one I'm probably most interested in, but it doesn't seem to be streaming anywhere.

I'm going to give Inspector Koo a try and forget about any connection to Killing Eve.

Oof been missing Go Ah Sung!! Haven’t seen her since Life on Mars dunno if that’s because she’s been in more movies. Actually I did hear of one from 1-2 years ago I want to watch but haven’t found the time for yet. Will definitely check this out! And Chimera seems intriguing too although this kind of storyline seems very familiar/overwrought but maybe that’s because lately I have been enjoying this genre and I’ve been watching too much! Curious to see how they take on this one! :)