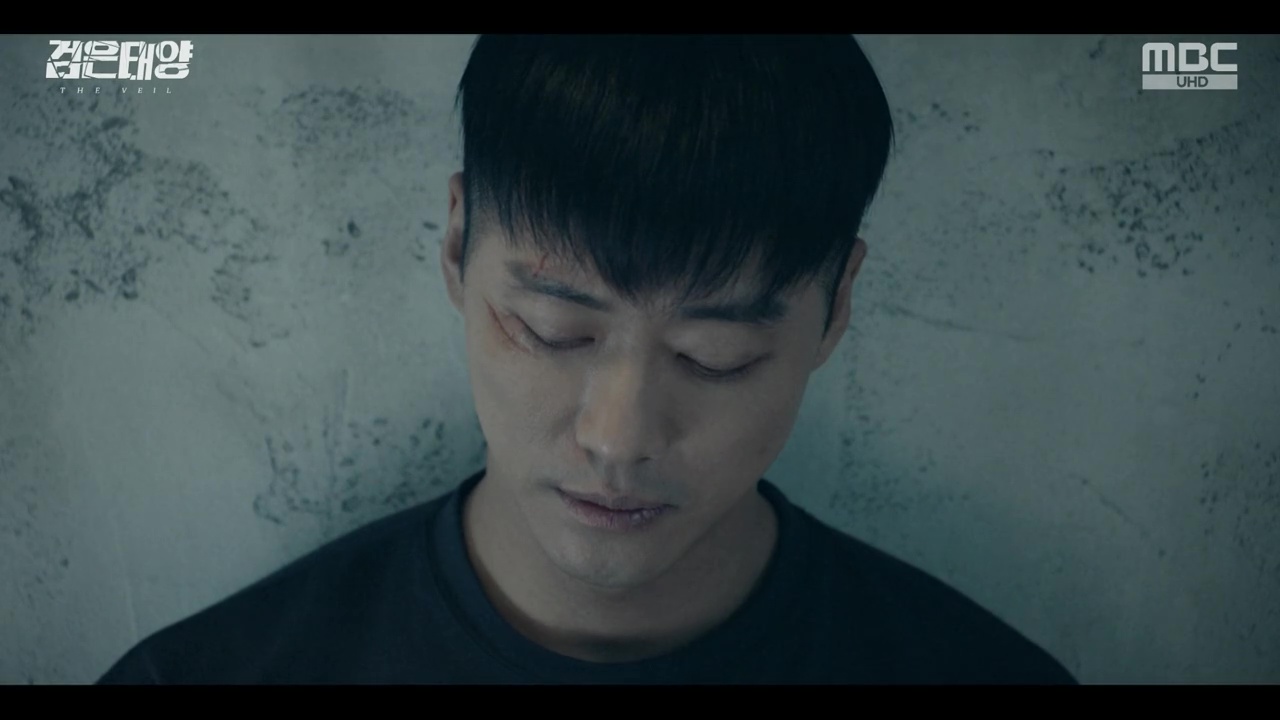 With internal pressures mounting, forced transfers, and new risks at every turn, our agent is running out of time to complete his mission. But as his own memories start to push back into his consciousness, a whole new layer of complication is added to the puzzle. 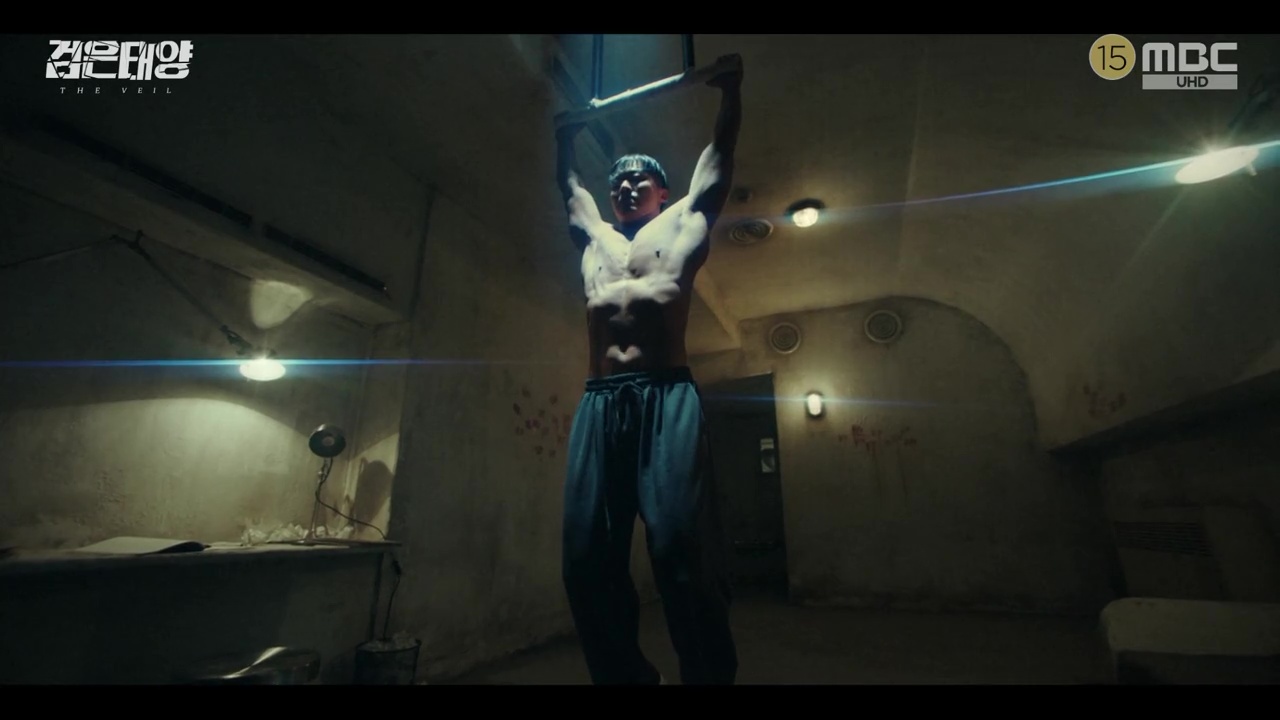 Soo-yeon has died, and Ji-hyuk is in prison for supposedly being the shooter. He stays there for the first 49 days after her passing, unwilling to speak to anyone, and going into Sarah Connor mode, working out around the clock and trying to piece together the story of Sangmuhoe and the operation that went bad. Everyone theorizes that Ji-hyuk is staying there for a reason, and has a plan.

Although we know Ye-ji wasn’t the one to release the uncorrupted CCTV footage, the NIS gets their hands on it and Ji-hyuk is released. He confronts Ye-ji on her betrayal, but says he doesn’t need to trust her to work with her. The two resume their investigation; Ji-hyuk seems satisfied after tapping her phone and learning her limits when she’s pressed by Director Kang. 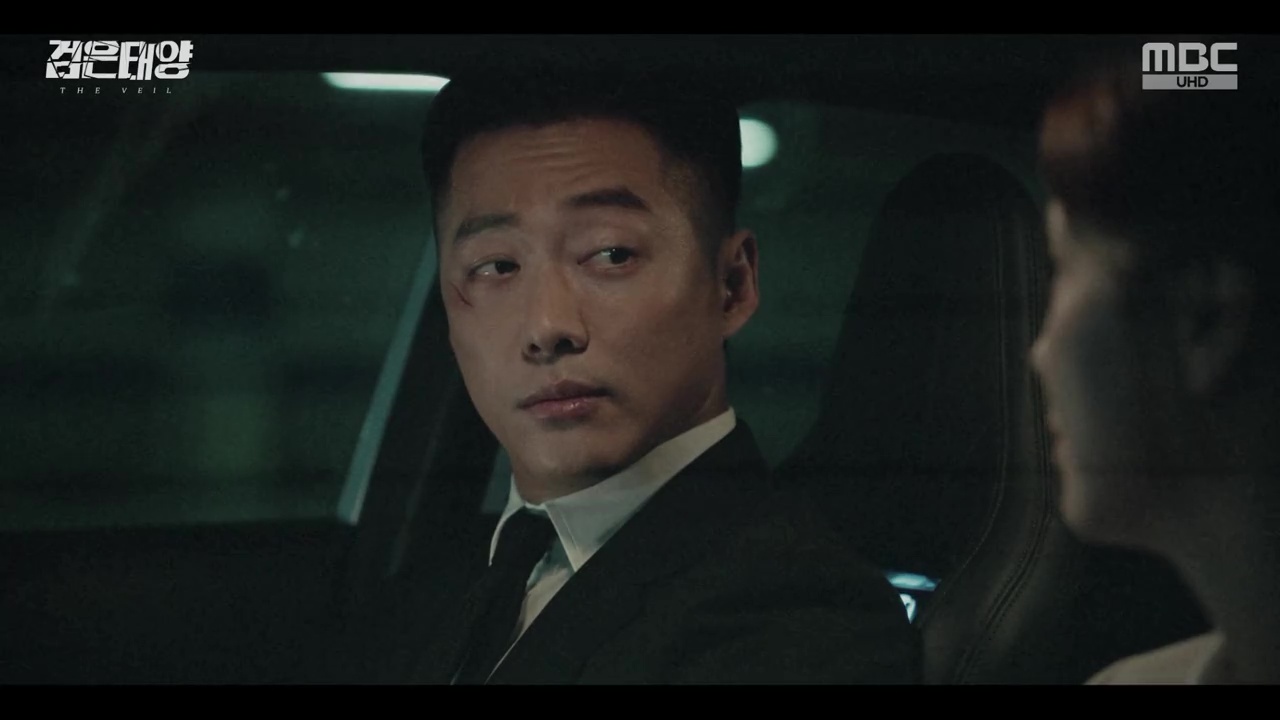 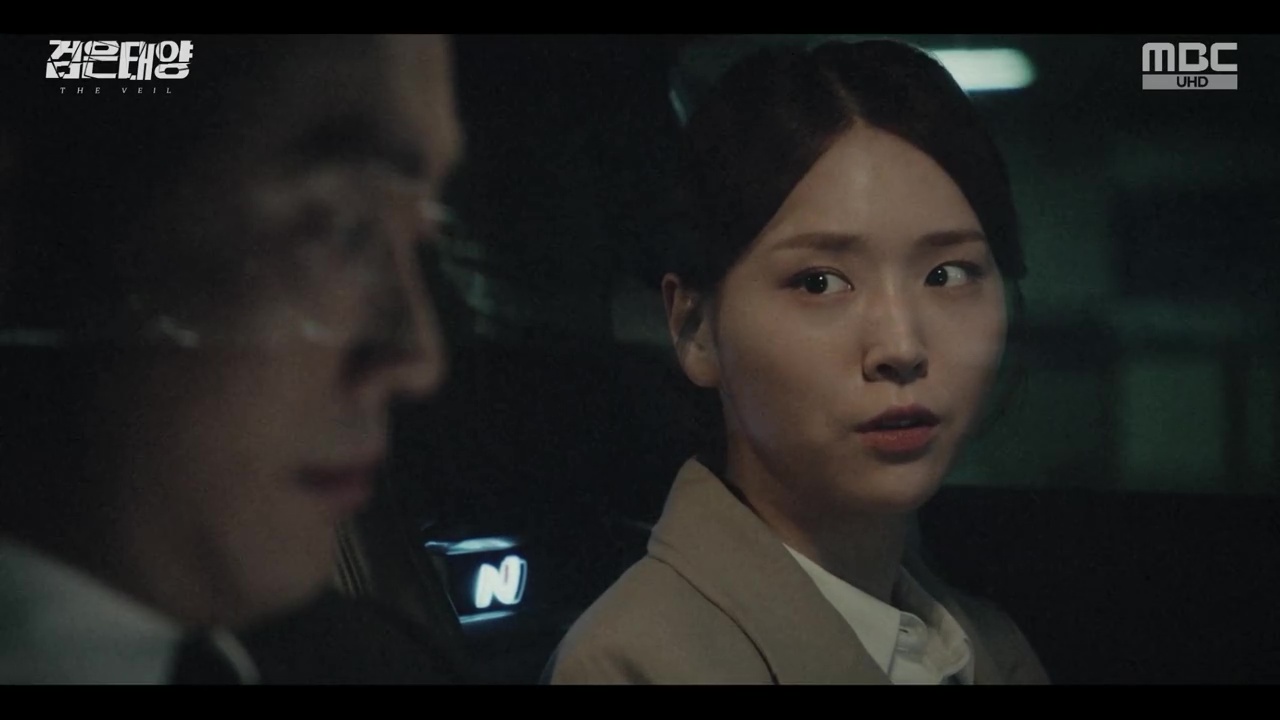 The next sad casualty is Chang Chun-woo, who’s brutally tortured and then hung from a billboard. But is he a victim of Sangmuhoe, or something (or someone) else? Ji-hyuk and Ye-ji continue to follow leads, all of which unfold extremely quickly, and almost too easily. They’re led by the messages from an outdated PDA, which is a system that Sangmuhoe seems to use to communicate.

Ye-ji discovers the secret floor of a hospital that seems designed for keeping political prisoners. She’s super brave for someone who hasn’t even been trained to work in the field. In fact, I don’t even know how she’s able to pull off what she does, stealing ID cards, roaming around, sneaking a drugged up patient out of the hospital and into an ambulance. 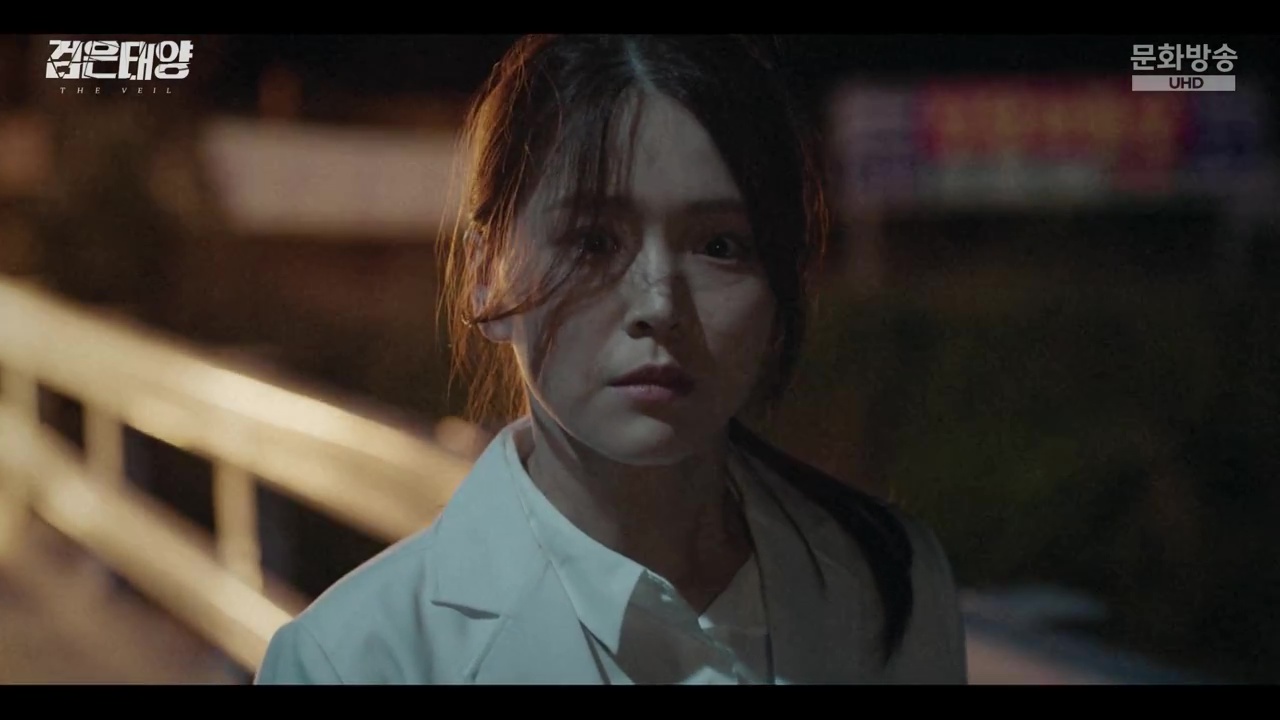 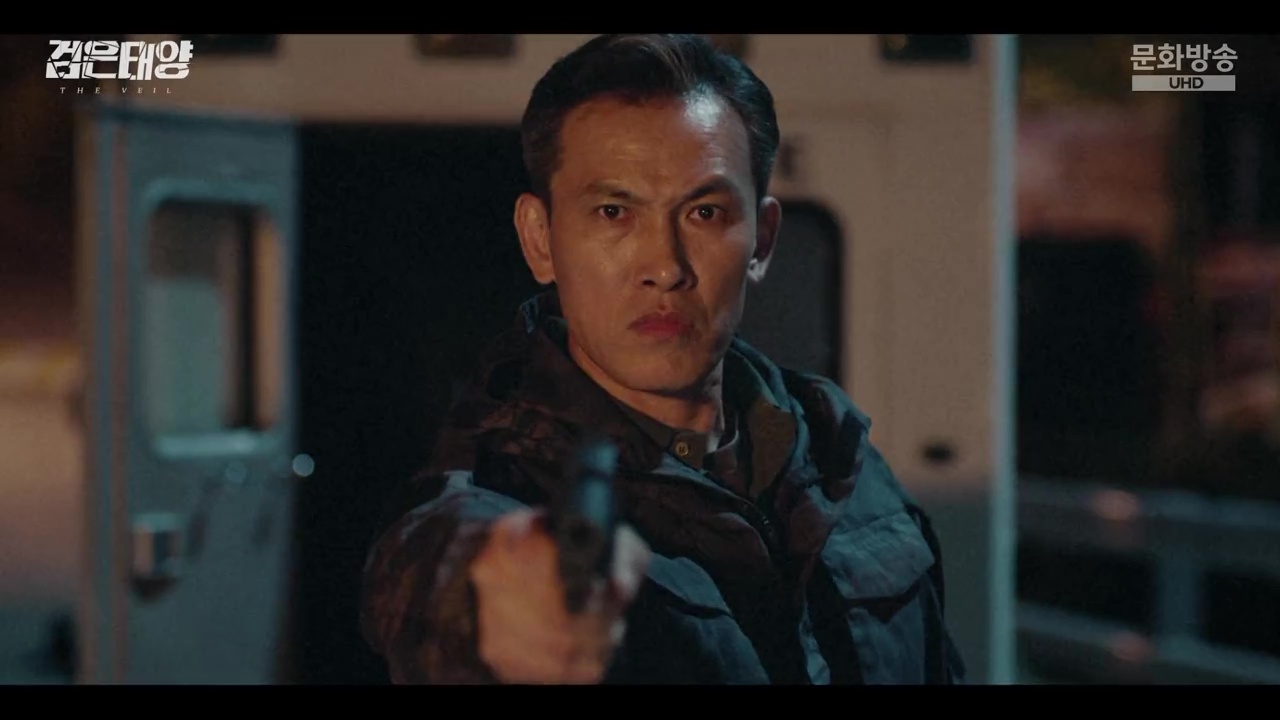 If it felt like it was too easy, it’s because it was all a setup. The ambulance takes off with Ji-hyuk and Ye-ji in close pursuit, and ends in yet more bloodshed and explosions. The patient is murdered in cold blood, a bomb is thrown under Ji-hyuk’s car, and Ji-hyuk and Ye-ji barely escape the blast in time. Ji-hyuk is unconscious, but Ye-ji wakes to see a man in front of her. Before he shoots her point blank (hooray for her bulletproof vest), she stares at him in recognition. She doesn’t have to say, “Appa!?” for us to hear it ringing through her head.

The plot thickens (again), because the man who is likely her father (though no one can confirm or deny it) now goes by the name BAEK MO-SA (Yoo Oh-sung). He’s known as the most dangerous criminal at the Chinese border, and he’s the third person in the photograph that Ji-hyuk has been trying to identify. He also seems to be at odds with Sangmuhoe. 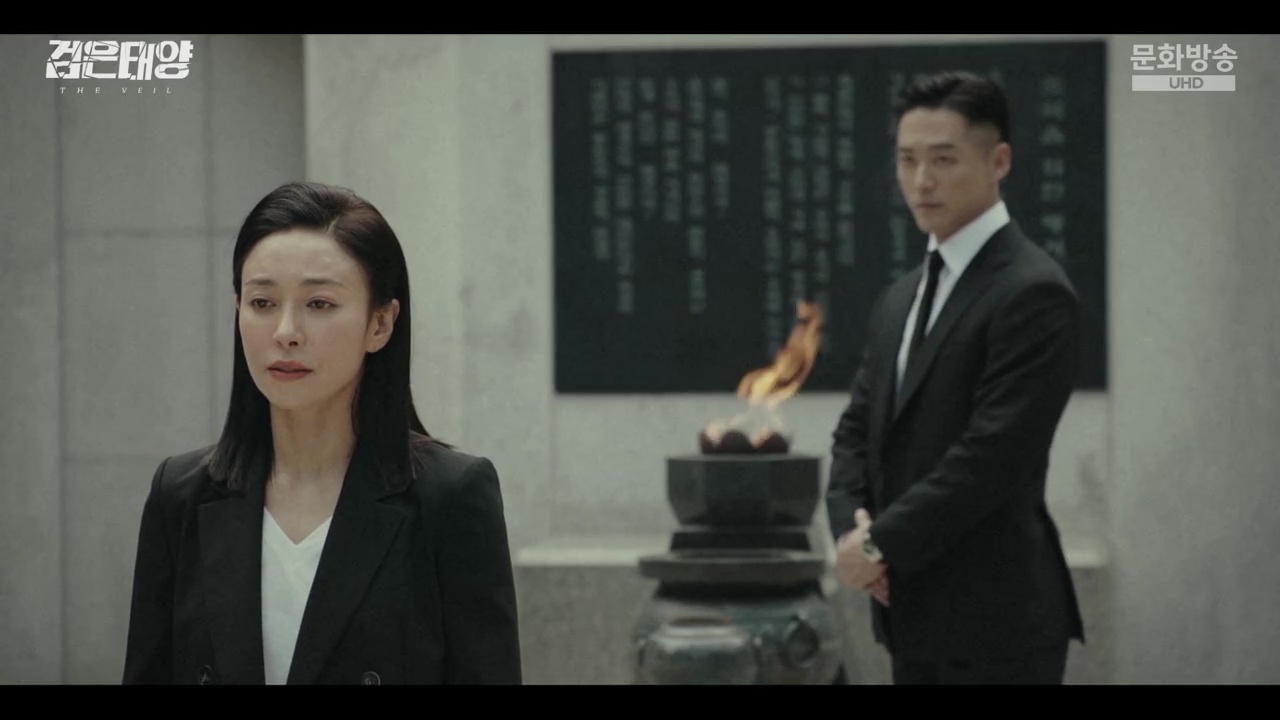 As the pieces fill in, it’s as if they trigger something in Ji-hyuk’s brain, and slowly flashes of his chemically-repressed memories start to return. We don’t know exactly what they add up to yet, but we do get an interesting reveal at the Foreign section of the NIS: Chief Ha was the one that had Ji-hyuk given the ZIP, and set up that whole reveal that we saw unfold during our first few episodes. Chief Ha says eerily: I’m doing just what you asked me to.

The internal shake-up at the NIS continues, and Deputy Director Do steps down (and has her own side op and connections that we don’t know about yet), with Director Kang taking her place. He’s now suspicious person number one — I don’t trust him one bit, but at the same time my heart really feels for him. We see the happy, smiling photo he took with Soo-yeon at the tropical resort (presumably he’s Lover #1), and we see the utter anguish on his face when Ji-hyuk confronts him over Soo-yeon and the path she had been pressured to take. 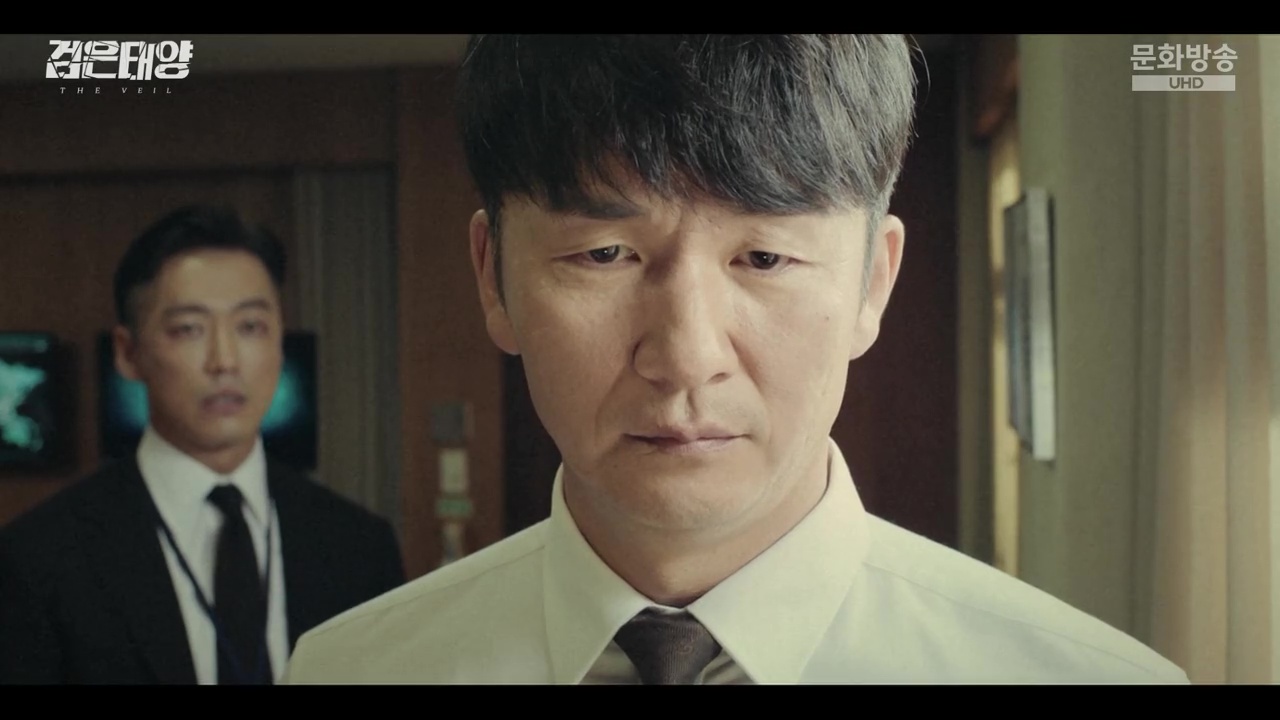 The political environment is shifting in the country and the NIS, and Domestic has some quick solutions in place: placating the powerful, deactivating the field team where Ji-hyuk et al are assigned, and transferring Ji-hyuk to a random field office.

Knowing that their time is running out, Ji-hyuk and Ye-ji work even more tirelessly, and are soon in the crosshairs of a company called Planet run by a wacky CEO (cameo by Lee Joon-hyuk). Planet is in league with Sangmuhoe, and pretty soon the clues (especially “when not what”) start to come together: the two organizations were working together to manipulate the South Korean elections. 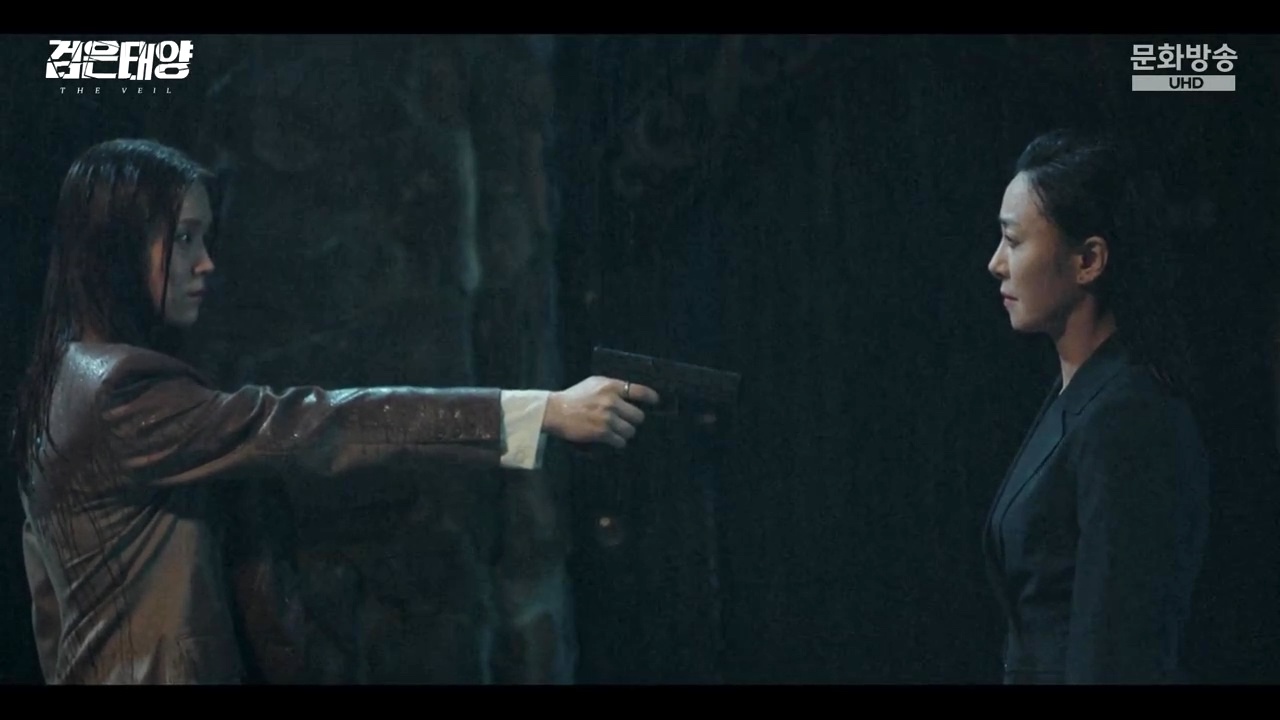 All the dots begin to connect. Each time an election is near, there’s new (purposeful) upset between North and South Korea. Ji-hyuk realizes that their Shenyang mission also lines up to this timeline. He remembers the key political figure Ri Dong-chul (the second man from the photograph) shot dead.

As if all this craziness wasn’t enough, we end with two really big reveals. The first, that Ye-ji’s father wasn’t MIA, but was inserted into North Korea by Deputy Commissioner Do. This leads to Ye-ji confronting her at gunpoint in the rain. 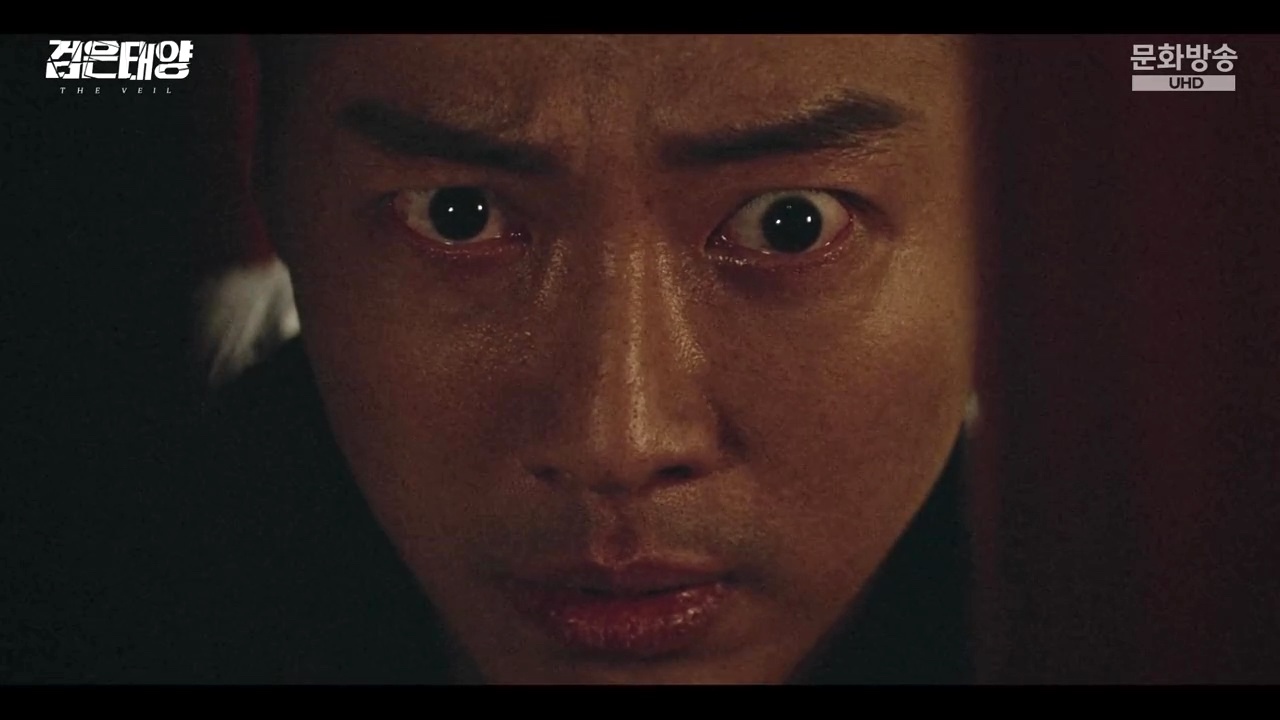 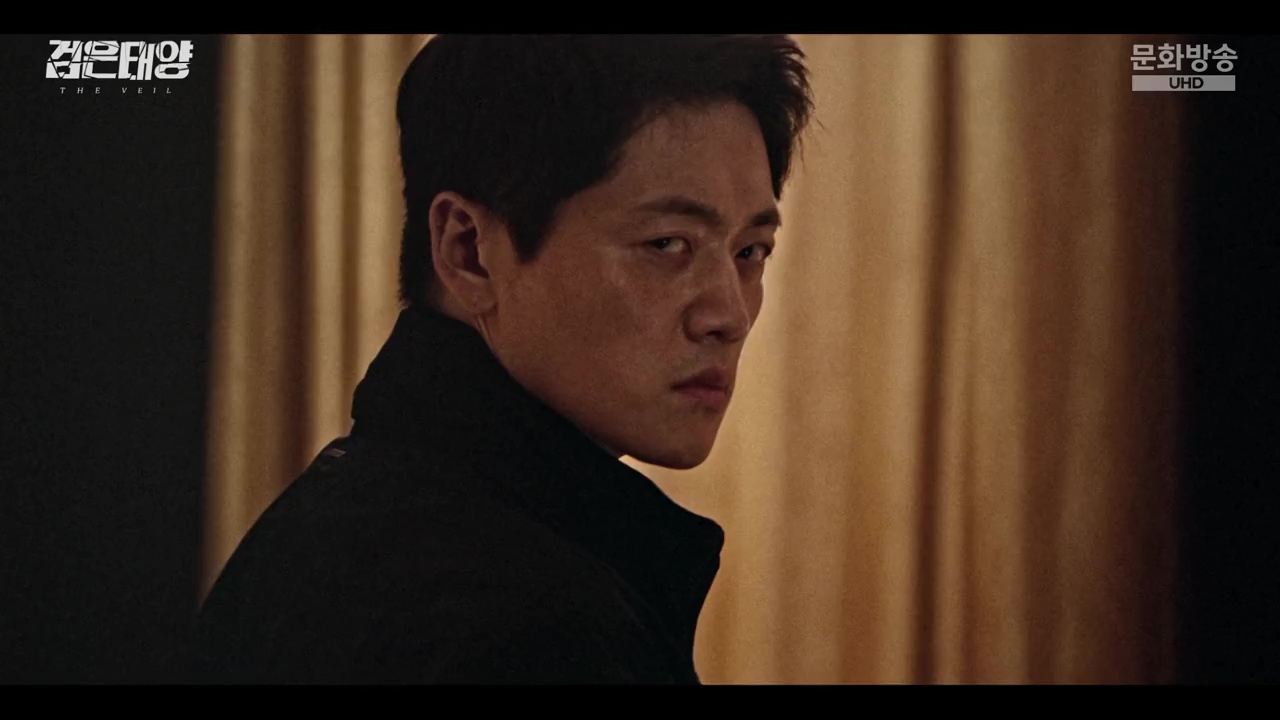 Simultaneously, Ji-hyuk hears from Chief Ha that another timed email has been delivered: it’s a second video he sent himself from the past. As Ji-hyuk watches the video and receives the next piece of intel, his mind is searing with pain as the memories return. He remembers seeing Ri Dong-chul shot dead on the ground again, but this time his partner Kim Dong-wook is standing over him with a gun.

Though Ji-hyuk’s been warned not to turn into a monster to catch a monster, it’s clear that nothing will stand in his way. The closer we get to all these dots connecting, the more convoluted everything becomes. I was half ready for Ji-hyuk to be the rogue agent, and for us to see him peering in on himself. That might not be the case with this scenario, but I’m still waiting for (more) twists to come. We still need to know why Ji-hyuk needed to unlearn everything that happened — only to relearn it a second time. What can the reason be? What’s waiting for him when all those memories are restored? 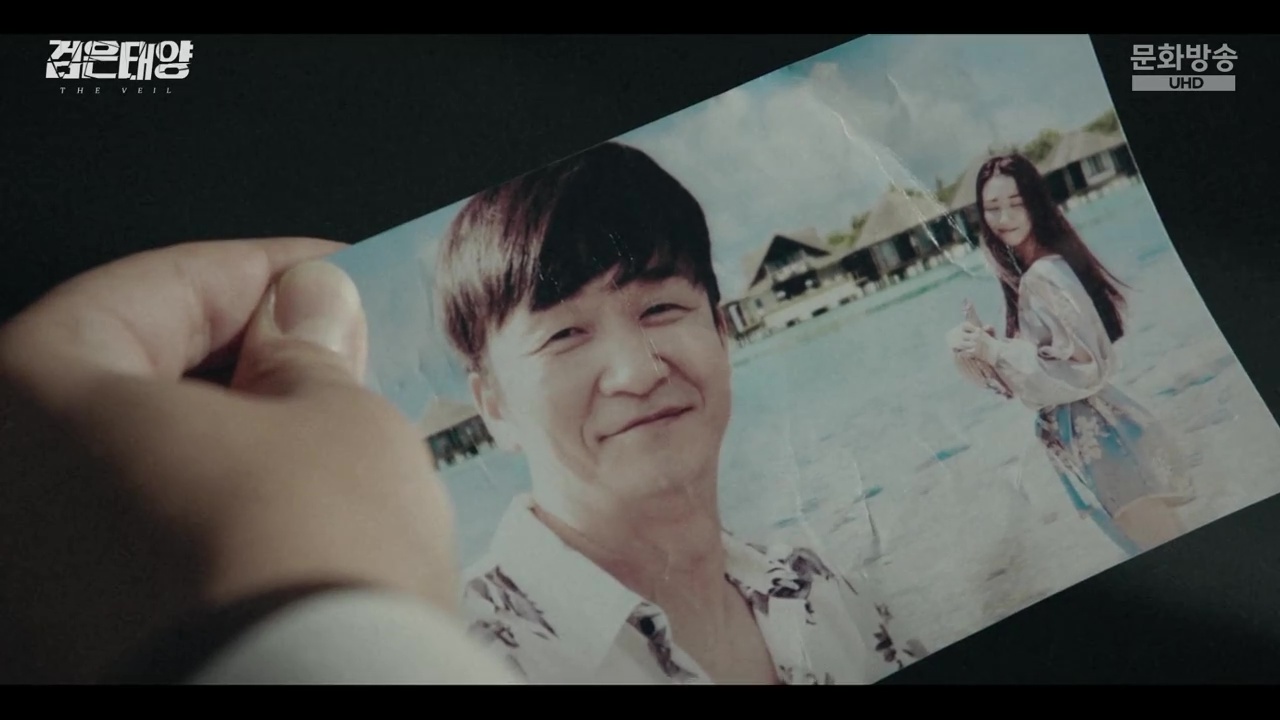 So up until 6 and... most of 7, I was still enjoying this show, despite underwritten supporting characters, underwritten plot twists, bad editing, cliches for Africa, and somehow TOO many plot points for a 12 episode Action drama, namely because 1) Namgoong Min is just really convincing as Ji Hyuk even if nothing else is, 2) I guess I'm in the mood for trashy/campy action and 3) despite it by no means being a good execution of the trope, I like the potential, let's say, of Ji Hyuk and Je Yi's character dynamic. I know she's technically just a candy, but it is to me a version of the "Pixie x Brutus" trope, if you will, and related tropes.
(Pixie and Brutus being comic characters created by artist pet_foolery/ Ben: https://www.instagram.com/pet_foolery )
It's basically just The Badass and the Child combined with cynical senior/ idealistic junior. And I guess I just like that trope. Again, it's not done well here, her character is underwritten, and primarily currently used for exposition rather than anything interesting, but I was holding on to the occasional moments when it worked better than usual.

And then Episode 8 was just really frakking boring.

Omg, I fell asleep watching episode 8, 😭, im glad I'm not the only one. I just gave up half way through.

I think finally the story became clearer because until now it was pretty vague...

NGM kinda carries the show on his shoulders...

A little bit more than kinda...

None of us would be watching if it were not for him.

I was wrong about Soo Yeon being alive, and I'm a bit angry about that, because we just killed the hysterical woman (who didn't use eyeliner in the past but did in the present) just to move forward the plot. A perfect definition of putting the female lead in the refrigerator.

To compensate I was right about Chief Ha being the one who helped him. I still don't get that he had to be tortured in order to cooperate, but I guess JiHyuk is not the talkative kind, and trying to convince him before hand was not an option.

I still don't like a little bit Je. And I just can't understand how JiHyuk works with her considering he was kept for almost two months in detention when he sent the video that proved his innocence to her the very day Soo Yeon died. And she only tells him "Someone sent it before I did". It just doesn't make sense. JiHyeok tortured Chief Ha to make him work for him but agrees to every single bit of information JeYi gives. As many things in the drama, this doesn't make sense.

Unfortunately twin, I have to let this drama go. I fell asleep watching it and at minute 29:32 I gave up. If it had just been NGM I would have made it, but everyone else is so bland.

As it’s only 4 episodes left, and uri NGM, I will stay but I can’t blame you. The plot doesn’t make much sense (probably because there are more holes than plot??) and every single other actor but NGM is sooooooo bland.
I only like Jang Young Nam a little bit. At least her acting is really honest.

Yes, I like her too, but she is out, so there is that.

Things are bad when part way thru you speed it up to 2x and then realize at the end of the episode you didn't change it back to 1x.
Its also a bit sad because this drama could have be a lot more interesting.

There are too many agent/directors with personal agendas, too many shadow organizations, too many separate crime gangs and too many "fake truths" which leads to apparent and disappointing conclusion that it is all about "politics."

Episode 8 has a major story error or major false memory: HJH memory says that he was at the hotel where the NK defector was killed (by his team member) but it was on the same day his team was attacked in China. One or both of these memories is/are false. Which begs the potential bad rabbit hole ending through the introduction of Planet, memory drugs and psychological manipulation: all this is just in HJH's head.

Another great cameo by the ‘King of Cameos’ himself Lee Joon-hyuk (1972).