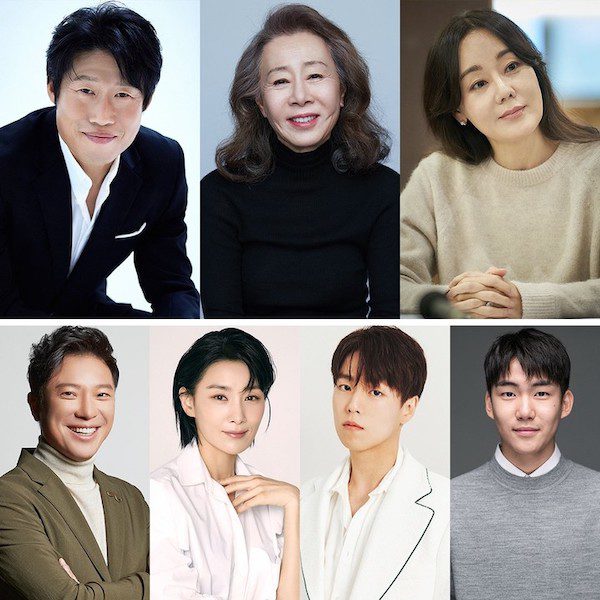 Casting has been finalized for upcoming film Dog Days. The film is a collection of healing stories centered around a veterinary hospital, and the people and pets who visit.

Kim Seo-hyung (Mine, Nobody Knows) plays the warm-hearted, humble veterinarian who heads the hospital. She’ll have a somewhat strained tenant-landlord relationship with Yoo Hae-jin (Space Sweepers), who plays the dog-hating owner of the building where the veterinary hospital is located.

Yoon Yeo-jung (Minari, Dear My Friends) plays a notable architect in Korea who lives alone with her dog Wanda. Tang Joon-sang (Racket Boys, Move to Heaven) plays a delivery part-timer who will have an interesting relationship with Yoon Yeo-jung’s character. Kim Yun-jin (Confession) and Jung Sung-hwa (Hero) play a couple who have become new parents after a prolonged adoption process. (It’s unclear how they’re connected to the veterinary hospital, but I’m looking forward to cute baby scenes.)

Last but not least, Lee Hyun-woo (The Liar and His Lover, Dream) plays a guitarist whose girlfriend has gone away and left her dog with him, even though he knows nothing about dogs. The role was originally reported to have gone to Kim Sun-ho, but it looks like production team has settled on another actor.

Filming for Dog Days will begin later this month, with Kim Deok-min (Hero) at the helm.

With this cast, including multiple dogs, and especially Kim Seo-hyung playing a softie, I do not care if the movie is Lifetime quality; I will be there day one of available streaming.

"...but it looks like production team has settled on another actor." I admire the editorial restraint, heh heh.

‘Editorial restraint’ for sure!😉
I can’t easily find Korean films in the streaming services available to me. I don’t understand why this is the case. So few good Korean films are on Netflix in my region or even available through Viki. Is it not profitable to screen them? What is the issue I wonder? Very frustrating in any case.

Picturing Yoo Hae-jin as a hater of any animal is hard when you've watched him build all sorts of things for the four-footed or two-footed companions in Three Meals a Day, but am excited to watch him with Kim Seo-hyung. Yayy for the "warm-hearted"!

I'd watch this for Yoo Hae-jin alone. One of Chungmuro's best.

This actor lineup is elite.

Since I have a dog, I would love to watch this movie.

Forget the actors, I wanna know the dogs' breeds.