A man working for the National Tax Service takes over a team that's notoriously lazy. However, he's committed to his job and soon the team is tracking down dirty money and bringing criminals to justice.

A man working for the National Tax Service takes over a team that's notoriously lazy. However, he's committed to his job and soon the team is tracking down dirty money and bringing criminals to justice. 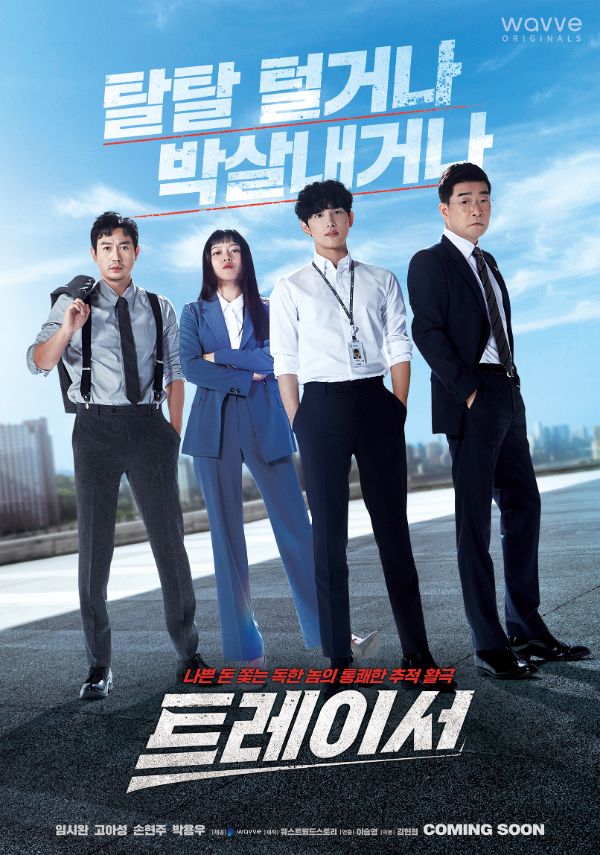 Known pejoratively as the “trash landfill” of government agencies, the National Tax Service is the main focus of this drama. The main caption on the poster says: “We’ll bleed them dry or destroy them,” and the drama is described as “an invigorating investigation drama about a dogged guy pursuing bad money.”

In the teaser, the National Tax Service is shown as a rowdy place that handles all the worst scum, and where working means doing no actual work. Im Shi-wan stars as a new team leader that joins the department and makes waves because of his actions. He begins challenging the status quo by interrupting a corporate meeting and promising to return after performing a thorough and fair investigation. Copy flashes onscreen and describes Im Shi-wan as the “dogged guy” who has rolled in from out of nowhere. Wearing an umpire vest, he starts listing off taxes that need to be paid by someone who seems to be a baseball player. The player’s henchmen hold Im Shi-wan back as the player begins lobbing balls straight at him.

Im Shi-wan promises to find the missing money as he starts destroying the pillars of a lovely upperclass home. He then calls out his team for not having any pride or self-worth in their work. His superior, played by Park Yong-woo, yells at him, but Im Shi-wan quips back that he doesn’t want to be on the losing team. Next, we see our first glimpse of Sohn Hyun-joo, who plays the ambitious Seoul Central District Tax Commissioner. Contemplating the trouble that Im Shi-wan is causing, he says: “If he wants to be used, we will use him.” It seems that whatever decision was made, it has impacted the National Tax Service negatively, and Go Ah-sung, playing the team rookie, is upset that all the related records have gone missing.

Im Shi-wan is still firm in his convictions, and in his voiceover, says: “Who made up the rule that only poor people have to pay taxes? Don’t we exist to catch that inequality?” He’s convinced that a certain company has been evading taxes, whereas Sohn Hyun-joo thinks of the situation as a game of who can deceive each other best. Perhaps inspired by Im Shi-wan’s actions, Park Yong-woo says that maybe they should do work they’re not ashamed of for a change; another cut shows Sohn Hyun-joo furious and abusing his employee.

As the teaser closes, we see different members of the team including Im Shi-wan, Park Yong-woo, and Go Ah-sung pursuing real investigations of tax fraud, instead of just sitting around like before. Im Shi-wan says: “We need to show that people are more scary than money or power.” In the final cut, an elevator opens revealing Im Shi-wan who says: “The world may have pretended to be blind thus far, but that stops now.”

That's a dream cast for me. Smells like a hit if the writing is good.

Oh this sounds interesting and I loved Go Ah-sung in Life on Mars and Sungjin Company English Class.

But I like the casting and the story looks promising.

Viki (US) is showing release in 2 days. Don’t know when the subs will be out.

I thought to comment just to say permed hair on Asian men looked ridiculous in the early 80s and nothing has changed in the present but based upon my distant and not-so-distant relatives (as well as dramaland) tax evasion seems to be a national sport only just a bit less popular than soccer or baseball. Given that, it would be nice to see a drama which casts a favorable light on the mission of the tax service rather than focusing a lone beacon in corrupt darkness. Cool cast, though.

Instant start for the cast.
Don't know the writer for love or money, so here's hoping.

That cast is fantastic. If it’s anything like Squad 38, it can become a new favourite.

I love the cast, but why can't the writer be Park Kyung-soo?

The only thing I know about the writer is that she/he wrote Falsify, with Yoo Joon-sang and Namgoong Min. I should check that out when I have the time.

I have never seen Im Shi-wan in anything, but Son Hyun-joo, Park Yong-woo and Go Ah-sung in the same drama? Squeeeeee!

Squeee away! Im Shi-wan is a good actor. You won't be disappointed.

Park Kyung-soo! He must've retired. Whisper was how many years ago? He's not the only A-list K-drama writer we haven't heard from in a long while. The other one I thought of lately is sageuk veteran Choi Wan-kyu. I wonder if the change in the drama environment -- cable channels, Netflix, etc. -- has had anything to do with it.

I hope not. 😟 Park was excellent, and we need more writers like him. I can't believe he was Song Ji-na's assistant writer before he made a name for himself.

Out of all Choi's sageuks, I love "Sangdo" the most. I wouldn't mind if he'd come back and do a remake because that was like 20 years ago?

I love a good underdog drama and with this cast - Im Shi-wan AND Sohn Hyun-joo! - I can only hope the writing lives up to the potential this drama can have from the acting alone.

This looks very entertaining, looking forward to it!

I really like Im Shi wan, I rather have him doing office dramas than dark dramas.
Nevertheless, taxes are boring. I hope this story proves me wrong.