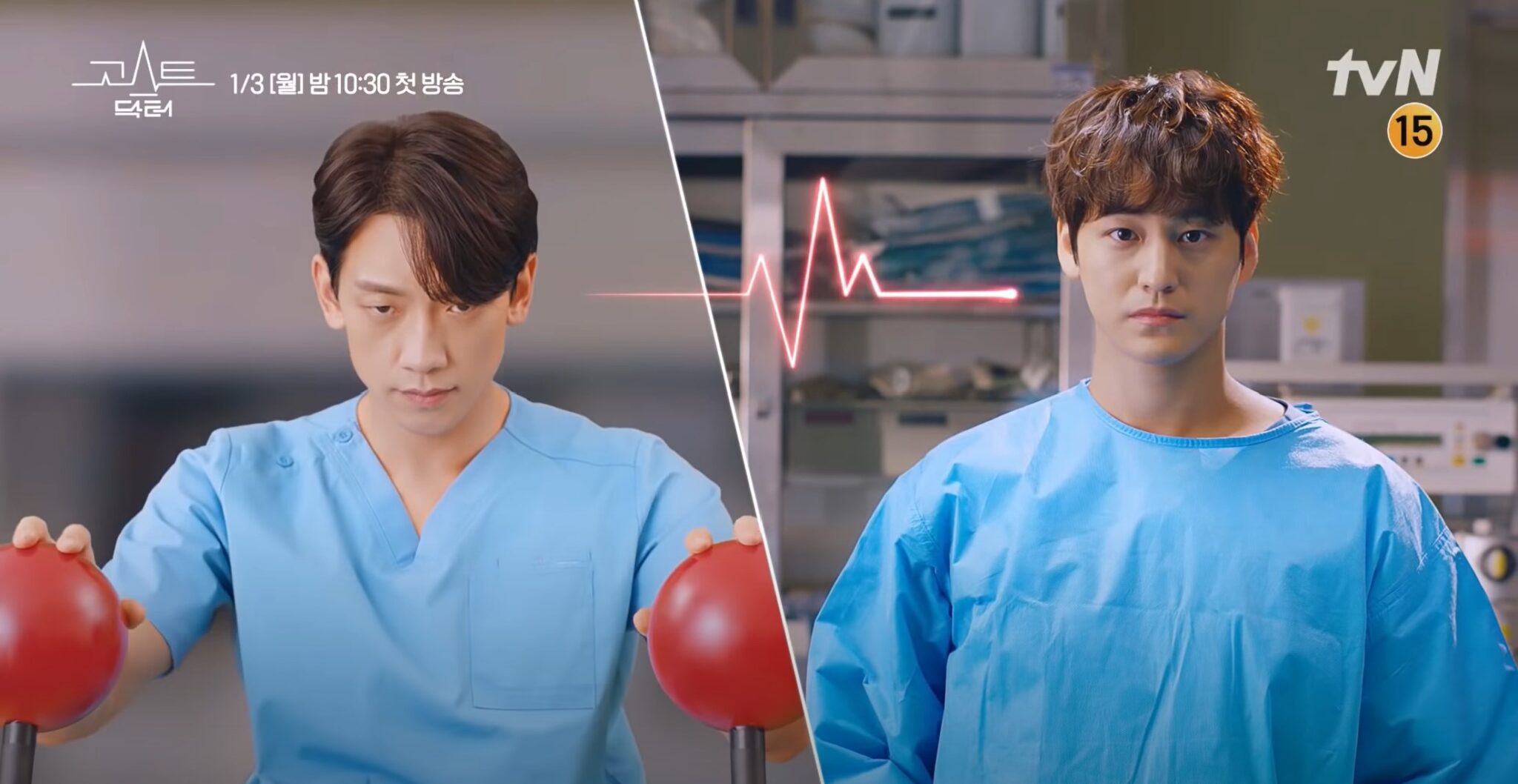 The drama stars Rain as the talented but arrogant doctor Cha Young-min who worked hard to get to where he is in life and is confident in his own abilities. Enter the delinquent resident doctor Go Seung-tak, played by Kim Bum, who is different from Rain in every way. He’s lacking in both skills and brains, but made it through medical school thanks to his family’s money and connections. Somehow, the two end up sharing a body and develop a reluctant bromance.

In the new teaser we get a fun look at Rain directing Kim Bum’s movements like a robotic avatar. With concentration, Rain moves Kim left and right as he prepares for surgery. Kim Bum remains obedient, but gets frustrated when Rain suddenly scratches his nose. Rain looks satisfied with himself and the teaser comes to an end with Rain sitting on Kim’s head as he continues to control Kim Bum’s body. In voiceover, Rain reads out the caption: “Body-rental medical Ghost Doctor premieres January.”

Written by Kim Seon-soo (Live Up to Your Name) and directed by Bu Sung-chul (Our Gapsoon, My Girlfriend Is a Gumiho), tvN’s Ghost Doctor premieres on January 3, 2022. 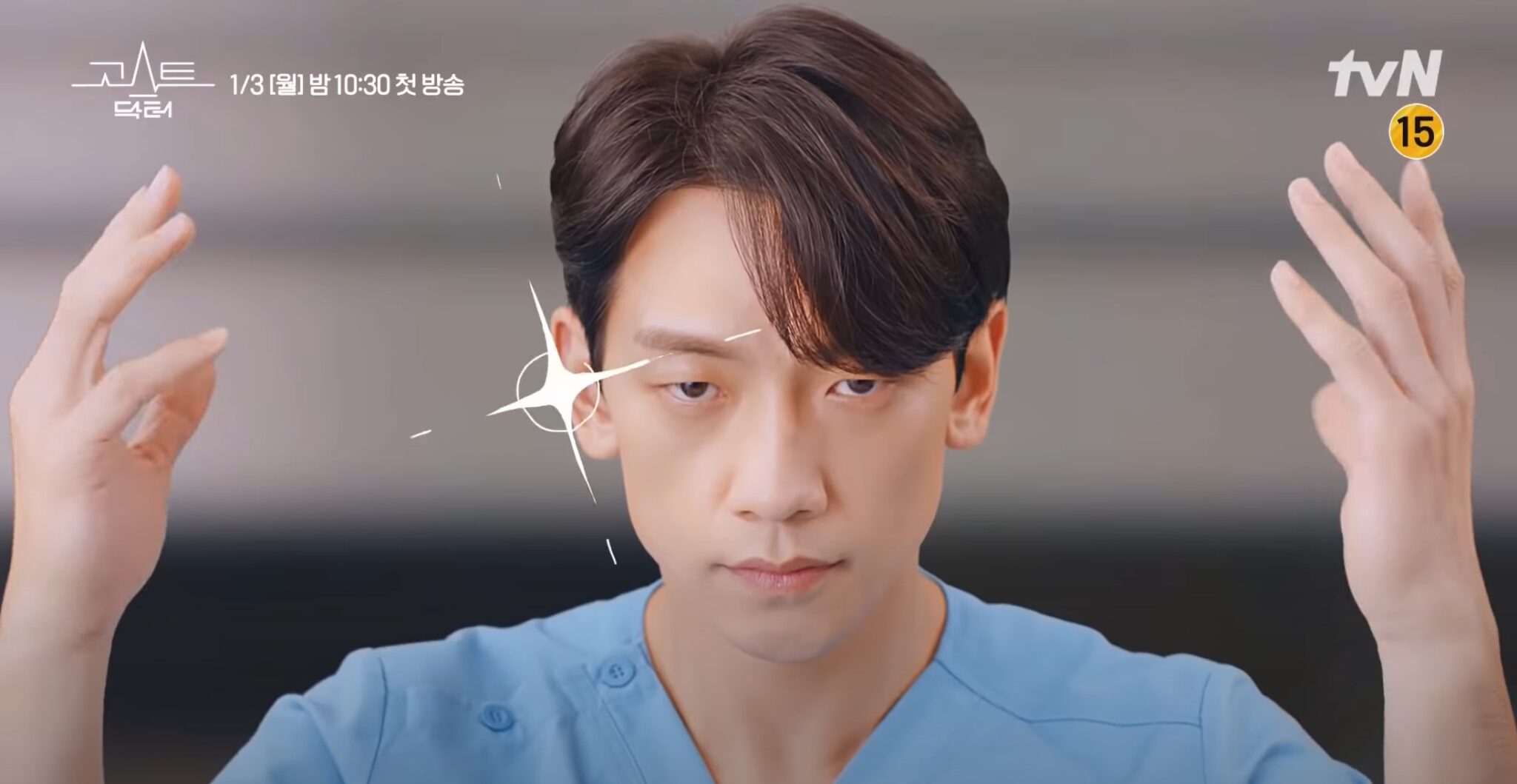 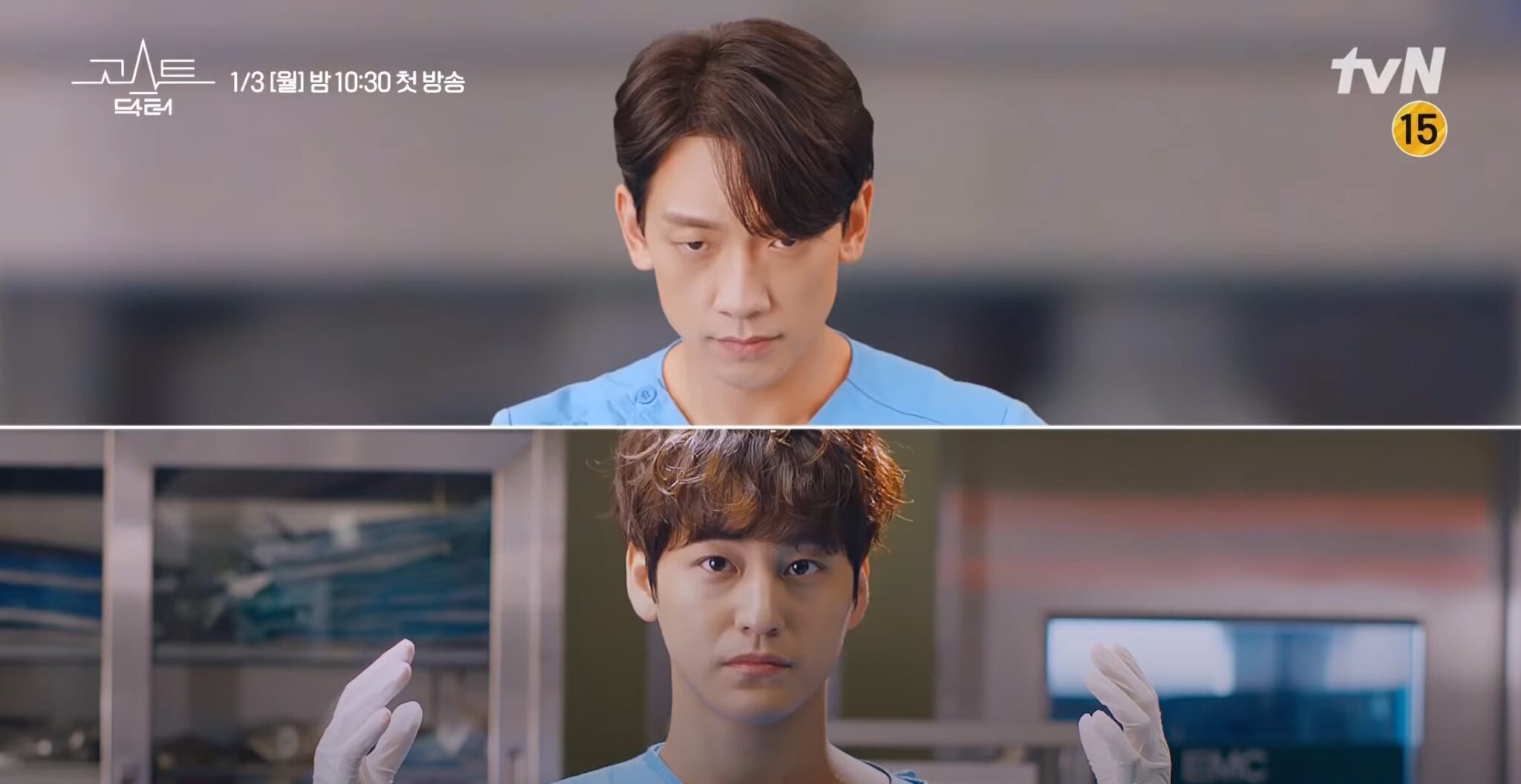 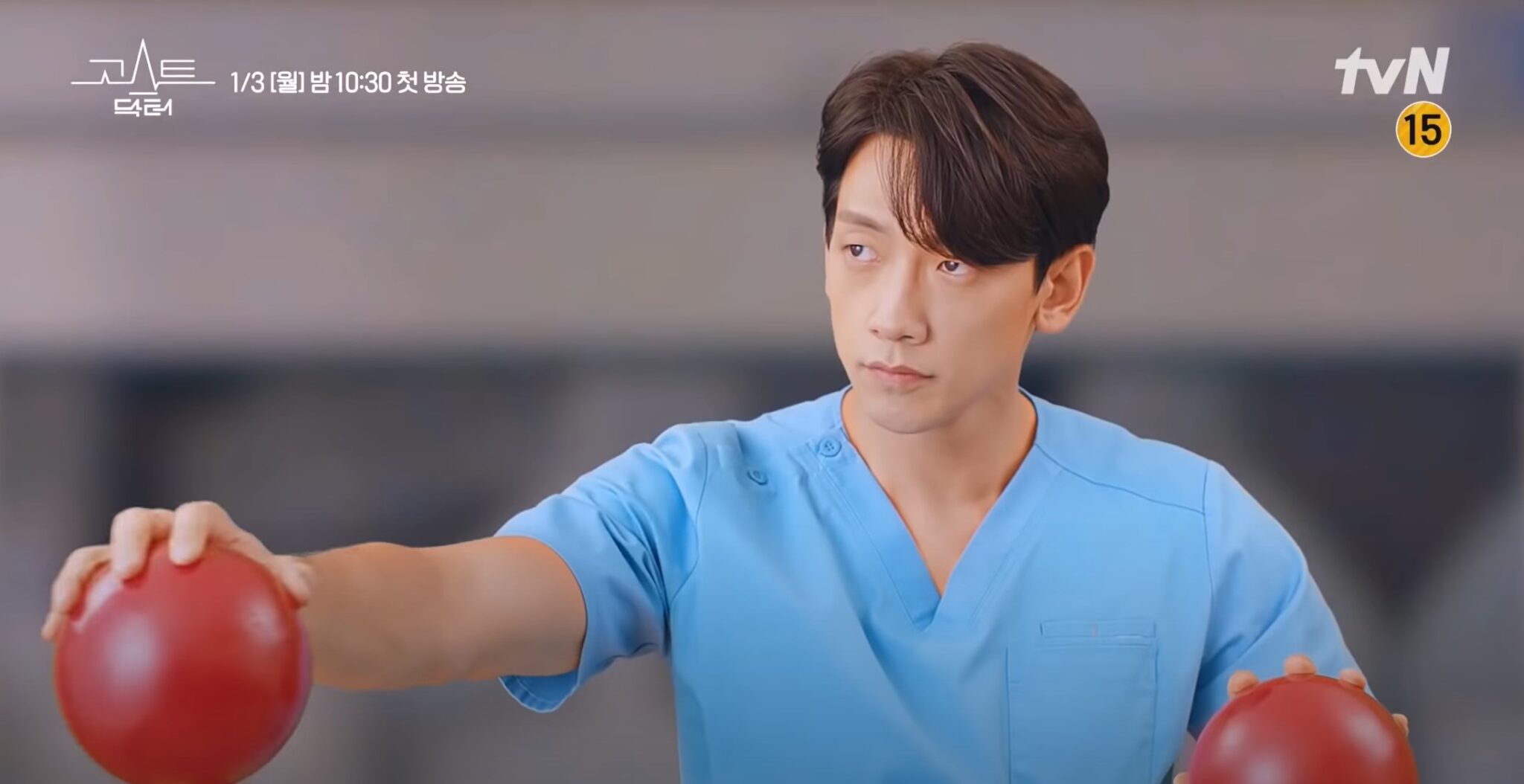 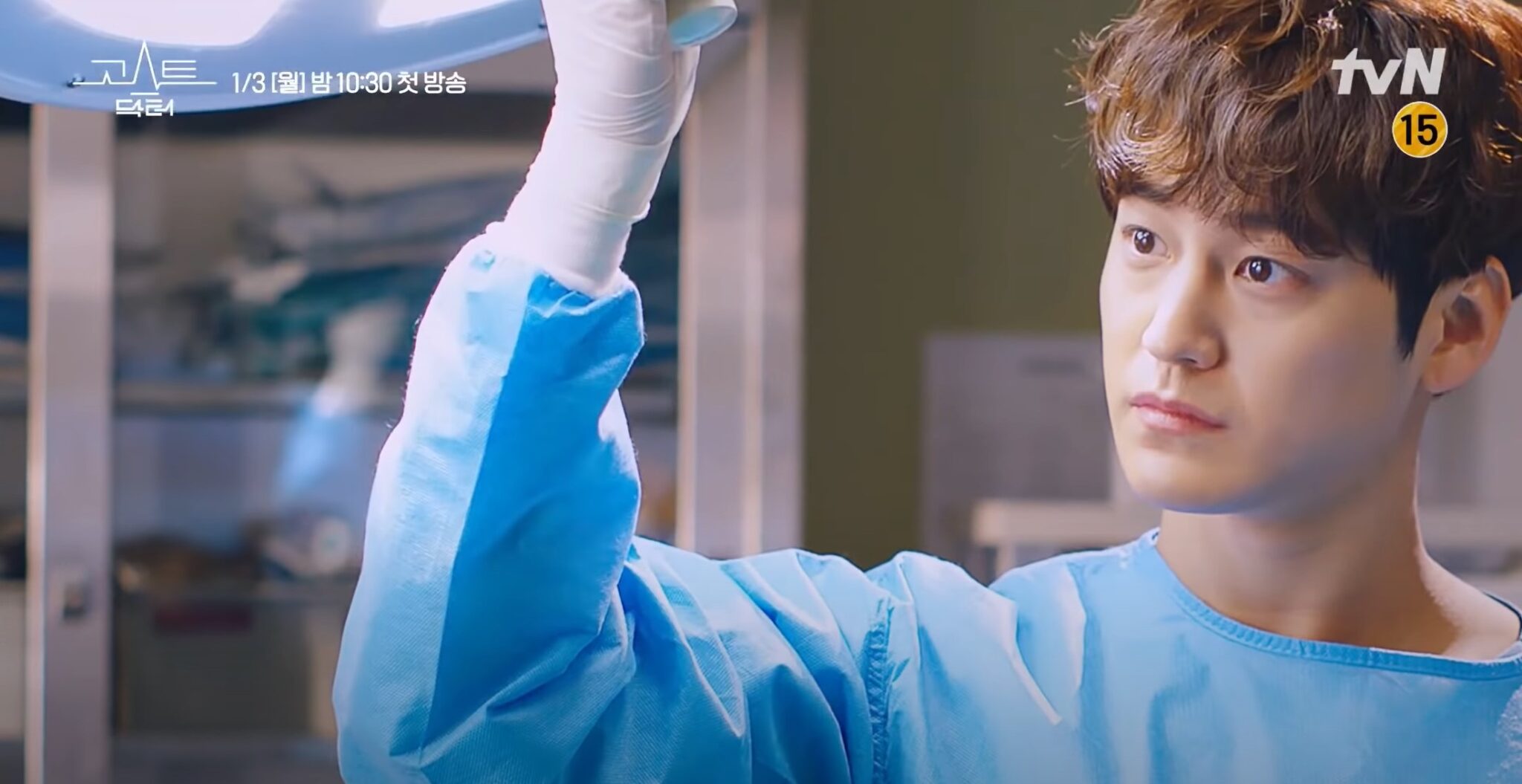 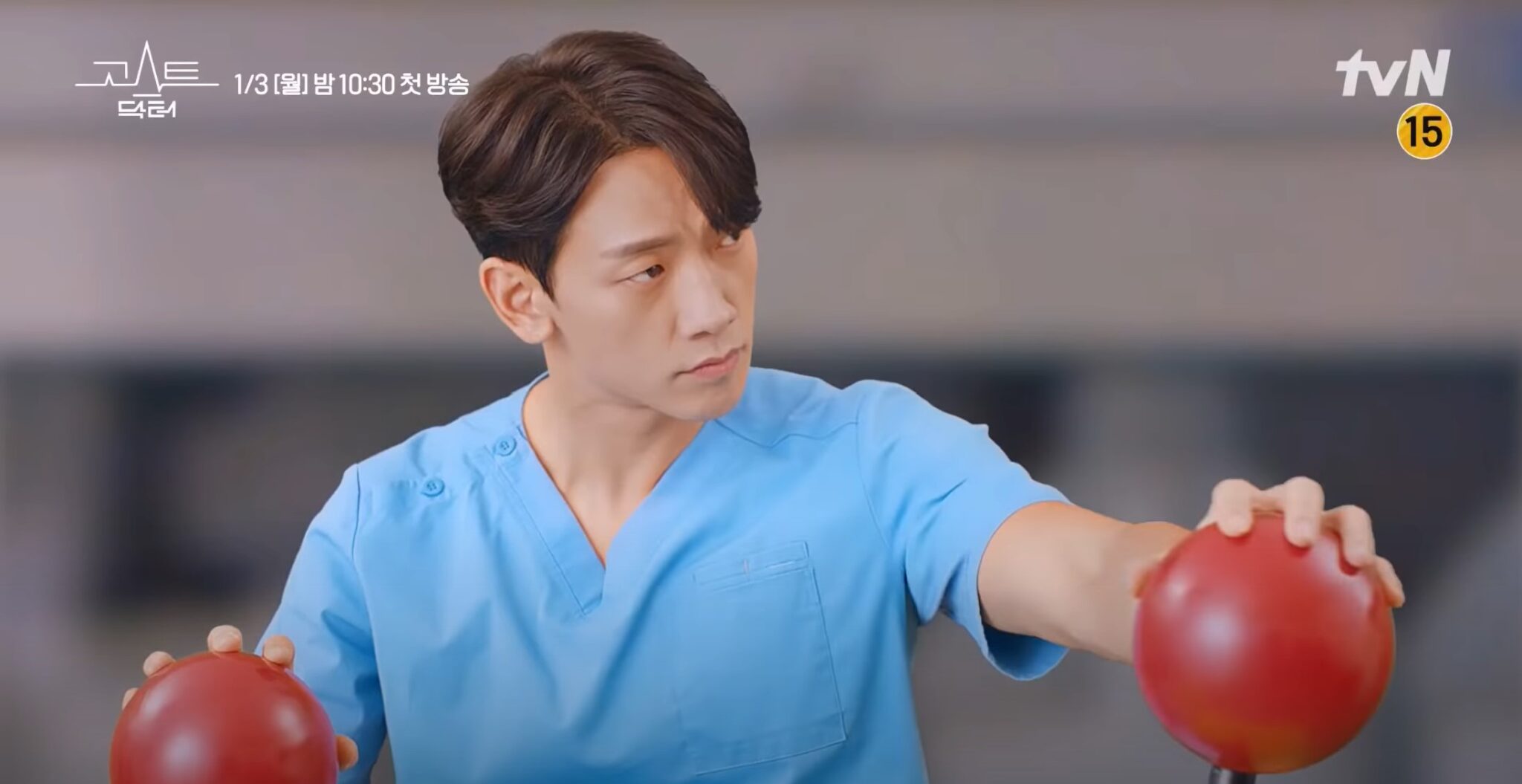 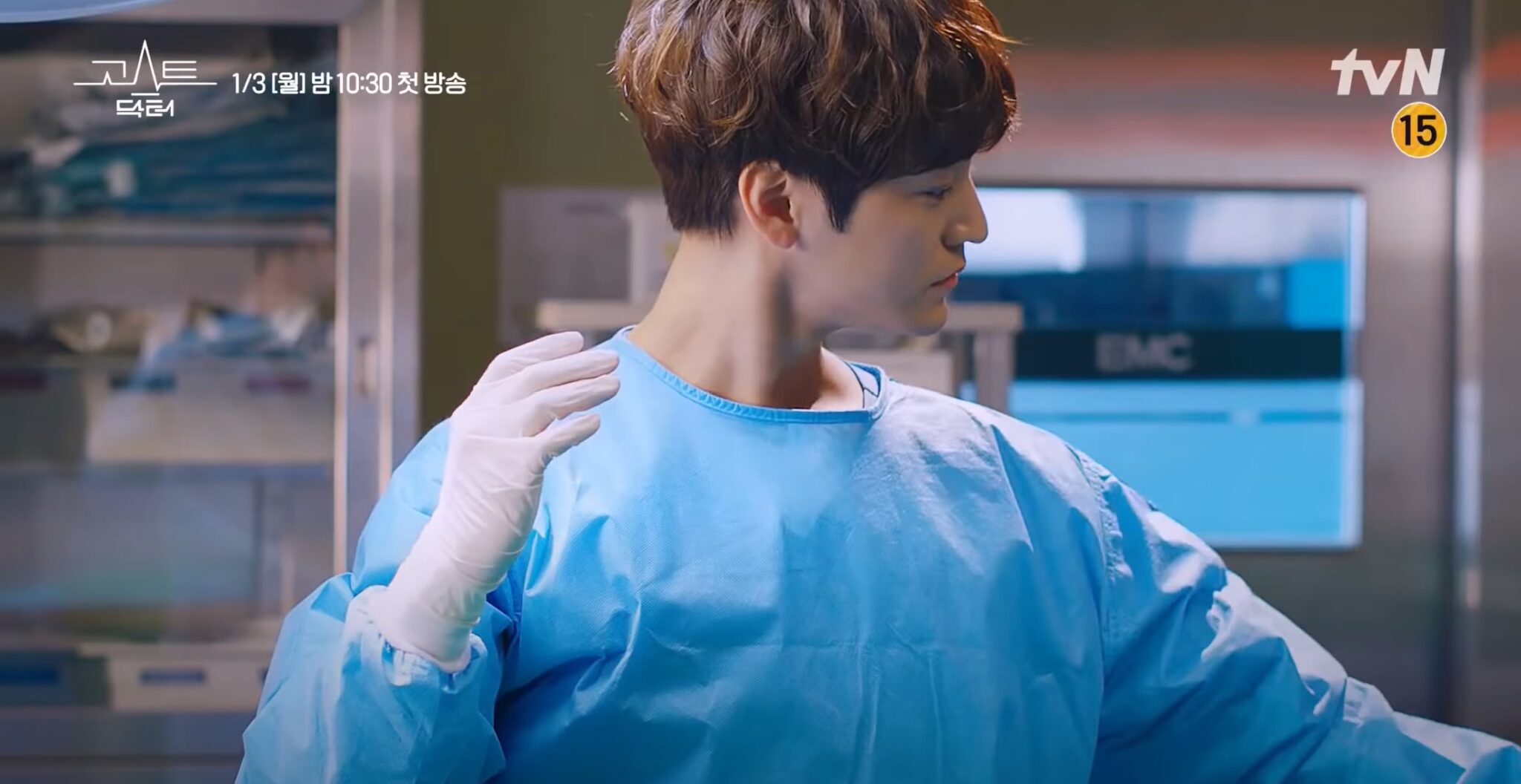 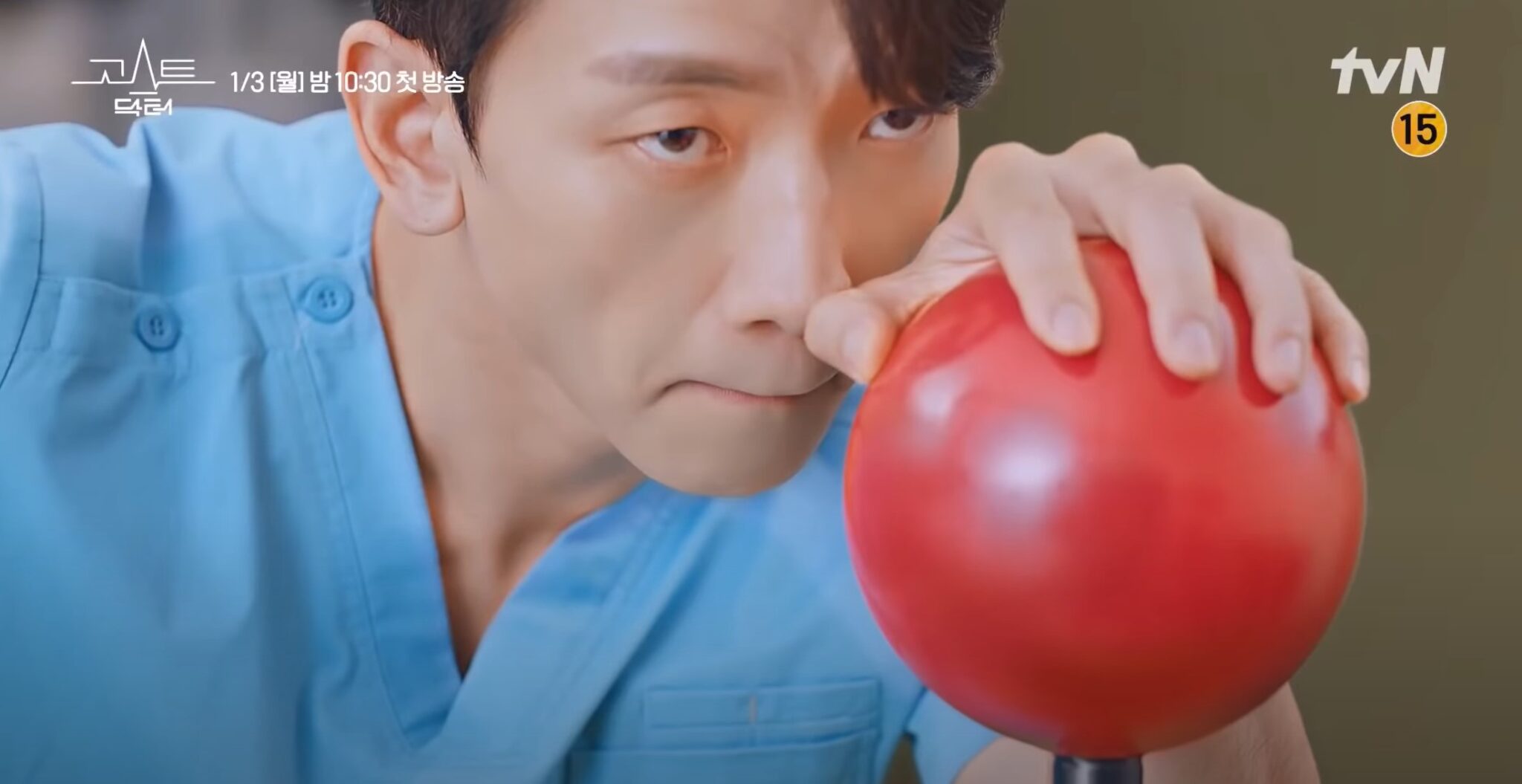 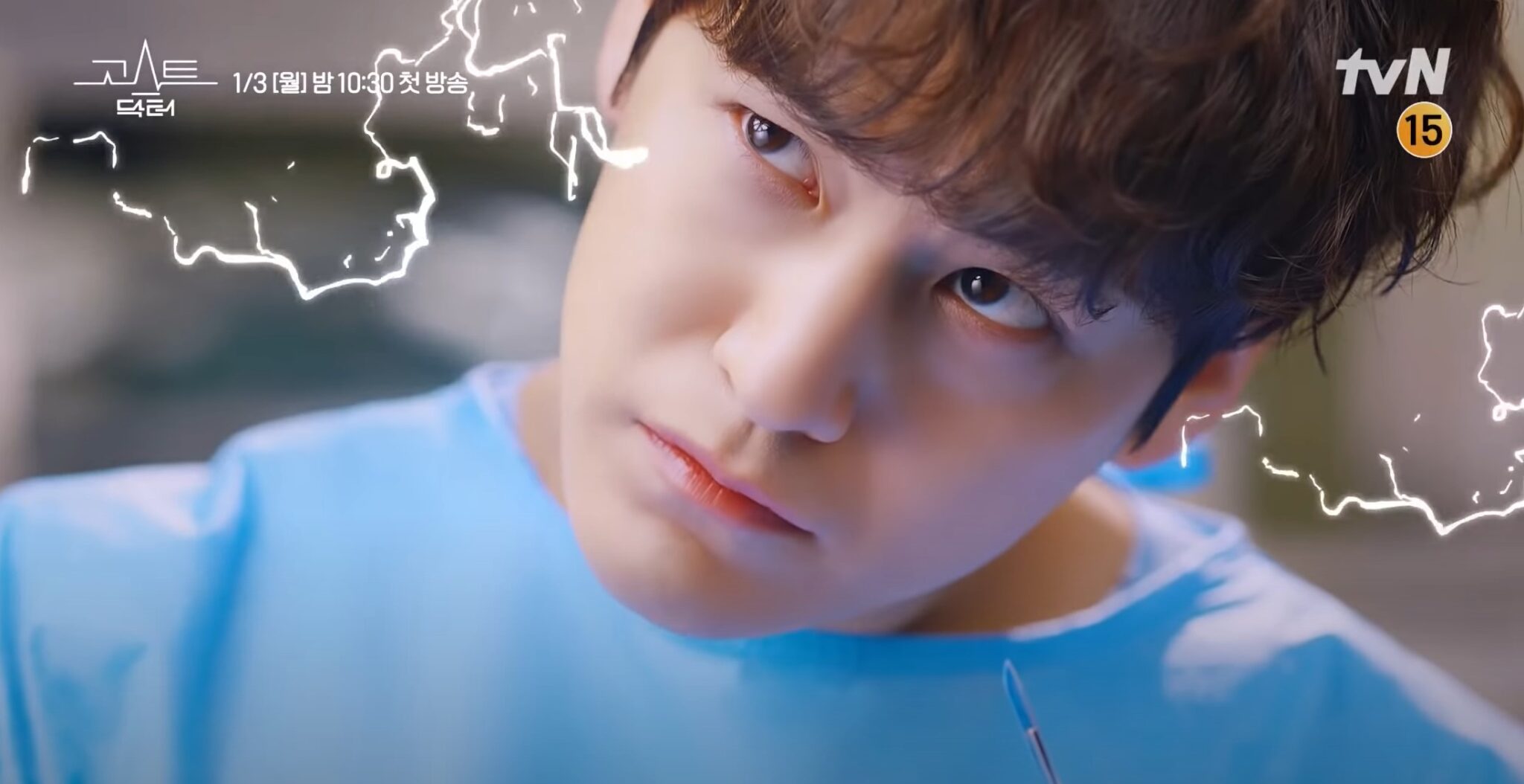 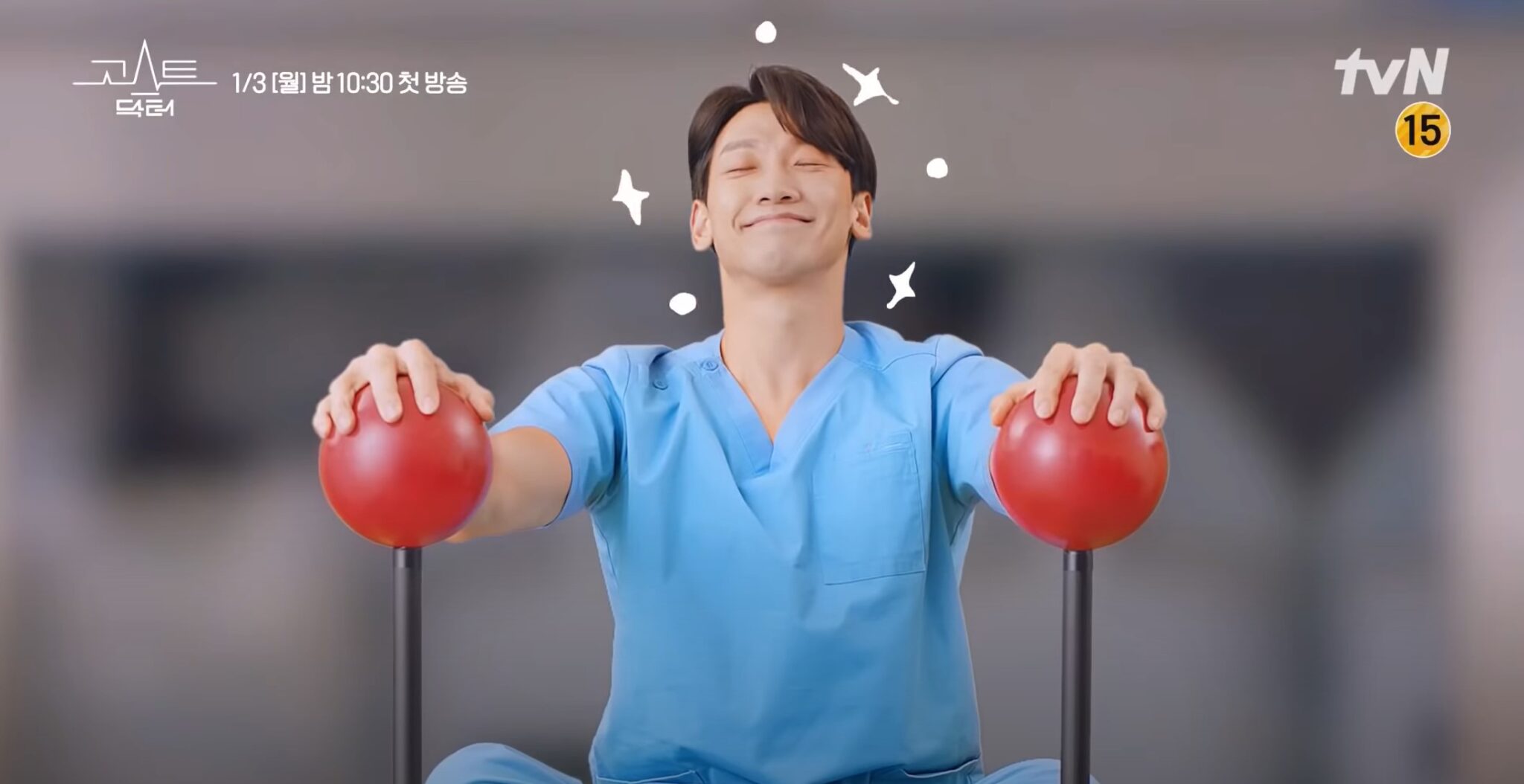 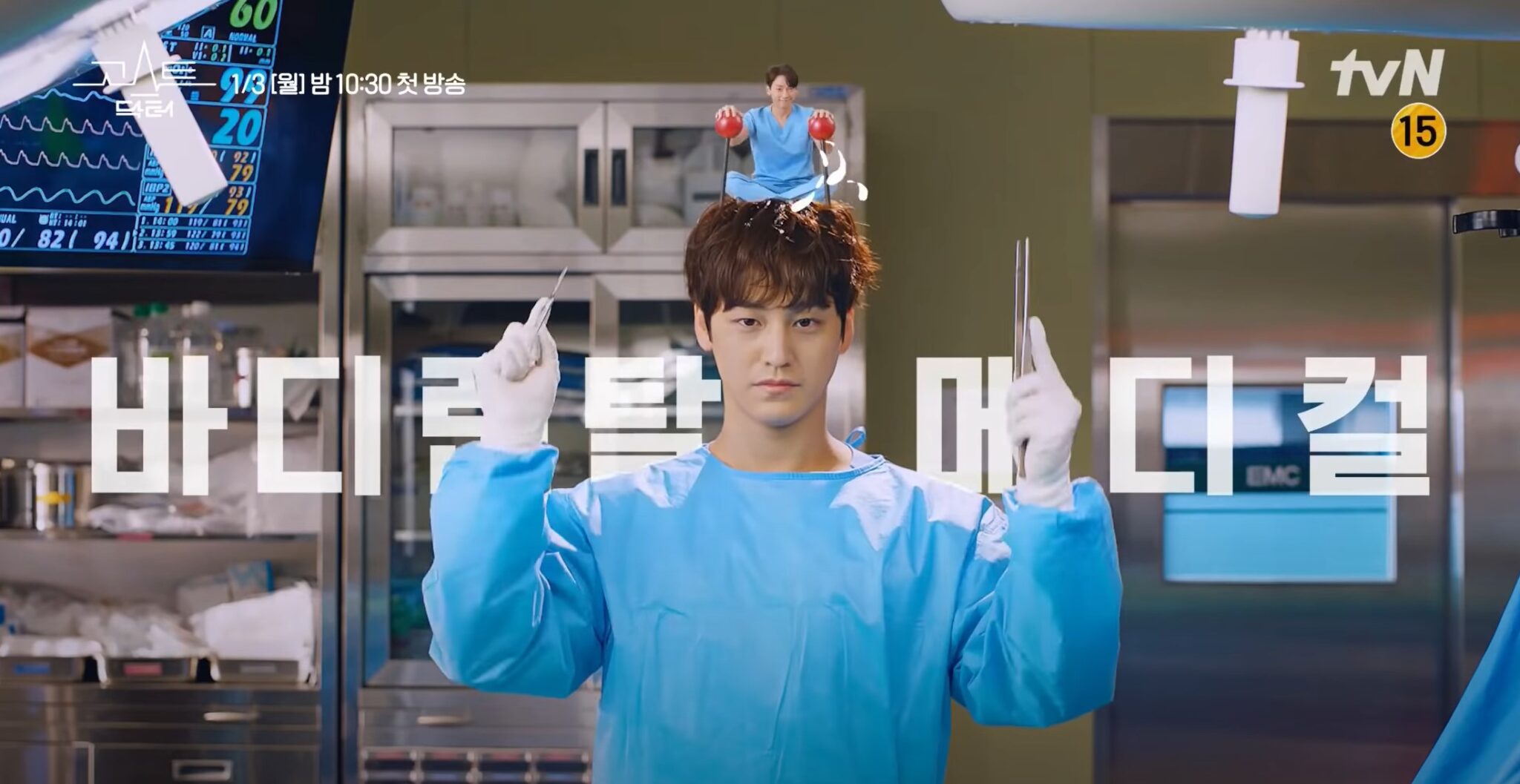 Given the popularity of the leads, I am sure the reception will be, as the old trades used to say, boffo. But for me, teasers like this are yet another reminder to catch up on my backlog of novel reading.

This could be really good or really bad... I don't see an in-between.

Love Kim Bum, but this looks like a hot mess.

Looks cringey but I liked Live Up To You Name (which benefited much from good directing, imo, but still.) Also, Rain hasn't chosen good projects in quite a while.

I don't know...
I like Kim Bum, but can we just have a drama with normal story?

That's what I always wish for a drama. Lately been utterly disappointed. I keep doing rewatches instead of watching anything new 🙄🙄🙄

Humph. If they were going to make him a possessed superstar doctor with a bromance they should have just thrown the rest of the current trendy plot lines into the blender and also made him a uptight chief inspector of Joseon.

I mean …Cast Top stars and gratuitous river bathing scenes nothing has to make sense anymore to get huge ratings.

I think it's gonna be a great movie. I'm gonna watch the movie.

This sounds like a disaster! Ha ha ha... but on the other hand, many will find the cast interesting. I think both actors haven't been on the screen for a while...
I suppose it will be interesting to see what they bring to the table.
Congratulations to the fans!

LOL well, this is wild but I kinda dig it!