In a story about personal growth and justice prevailing over corruption, the characters played by Ahn Bo-hyun and Jo Boa both become prosecutors in the army for very different reasons. Ahn is motivated solely by money, while Jo’s goal is getting revenge.

The head of their division is led by Commander Oh Yeon-soo and their work is often complicated by attorney Kim Young-min,  a representative from a large law firm. Rounding out the cast is Kim Woo-seok who plays a young chaebol CEO.

The new teaser begins with a close-up on an army uniform label that only contains consonants and no vowels. With the sound of a typewriter, the missing letters start to appear and the label eventually reads: “I came to the army to make money.” We see Ahn Bo-hyun get out of a car and the camera follows him down a hallway. Standing in front of the press, he gives a salute and the drama’s title card cuts in afterwards: “Military Prosecutor Doberman” and then “February.”

We then jump to a second uniform label, which is similarly missing vowels. As the rest of the letters are typed in, the full sentence forms: “I came to the army to hunt.” From the back of the venue, we see the crowd watching the military personnel being sworn in during the 95th Commissioning Ceremony for Judicial Officers. Jo Boa salutes the clapping audience and the teaser ends with the drama’s title card. 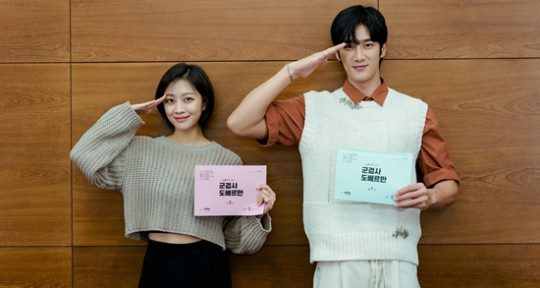 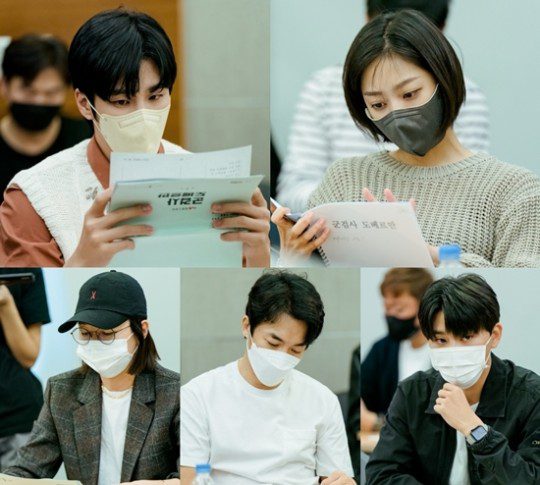 I really enjoyed the teaser more than the description. Plus much love for Jo Boah, will check out.

It’s not typically my style of drama, but I did like the short teasers and both actors are good. I’ll see if the reviews are good before giving it a chance, instead of passing it completely.

Not sure about the writer, I watched Remember and I just remember that it was discouraging with the ML's sickness...

I didn't think Prosecutor in the army was a lucrative job. So I will watch for the FL, I'm curious about Jo Boa's story and her revenge.

Prosecutor in the Army may not be a lucrative job but it is a highly respected one in many countries, including the US. I have a book on my bookshelf written by a retired Korean Supreme Court Justice named Kim Jong-dae. Justice Kim began his career as a military lawyer. This may be slender evidence, but I suspect that in the ROK a military prosecutor is at least as respected as a civilian one and possibly more so.

Reminds me of watching A Few Good Men and J.A.G (the TV show) as a child!

It reminded me of JAG in particular. I always figured that JAG featured Naval lawyers because the uniforms were prettier. The stories could have been drawn from any service.

Ha agree about the uniforms being prettier. One of the leads was Marine Corps and her uniform did look decidedly less dashing to me. From a child's eye of course!

I loved the JAG when I was younger too. It's funny to think it was the first show and NCIS was a spin-of that created a lot of babies.

Yeah, but the character talked about money... not really prestige.

Yeah, I wonder if it pays more than the civilian counterpart. Also it's likely that the military has better benefits like covering the costs of law school and beyond.

The premise doesn't interest me, but I like both Ahn Bo-hyun and Jo Boa. Maybe it will surprise me.

Commander? There seems to be much confusion when it comes to servi9ces these days. Commander = Navy. The army (sort of) equivalent is Lieutenant Colonel. Meanwhile in YOUNG LADY AND GENTLEMAN in their first meeting our Gentleman is clearly wearing Summer Dress Whites - a uniform which I once wore long ago (the only difference would have been in the insignia) as a Naval Officer- but he is consistently described as being a soldier. Sailors are not soldiers. I do not know whether the sloppiness is on the part of the subtitlers or if this is endemic to K-drama land but in any case, it is sloppy.

But I will still check this one out.

I had actually looked it up for another show and in Korea it seems the names of the ranks don't change across army, navy or air force - https://en.wikipedia.org/wiki/Comparative_military_ranks_of_Korea#Army_ranks. At least for the officer ranks.

So you could have a Commander in the Army? It just sounds strange to me.

Yeah I get that but it'd be strange if the subtitlers deliberately created differences in the rank titles when those differences don't actually exist.

Hmmm... well the rank in Korean is 사단장, which the dictionary translated as division(al) commander so I went with that. The example sentences do use 사단장 in both army and navy contexts.

If it is the same in Hangeul then, as a practical matter it is the same- and still odd to my ears but then again, I am not Korean and sometimes it shows.

“Discovered” Ahn Bo Hyun in Itaewon Class, then Yumi’s Cells ans My Name. He is extremely / unusually versatile,
Quite curious about this project
Even though I am not especially into Legal Dramas… once in a while there are good surprises, let’s hope it will be another one. This actor deserves a shining role…