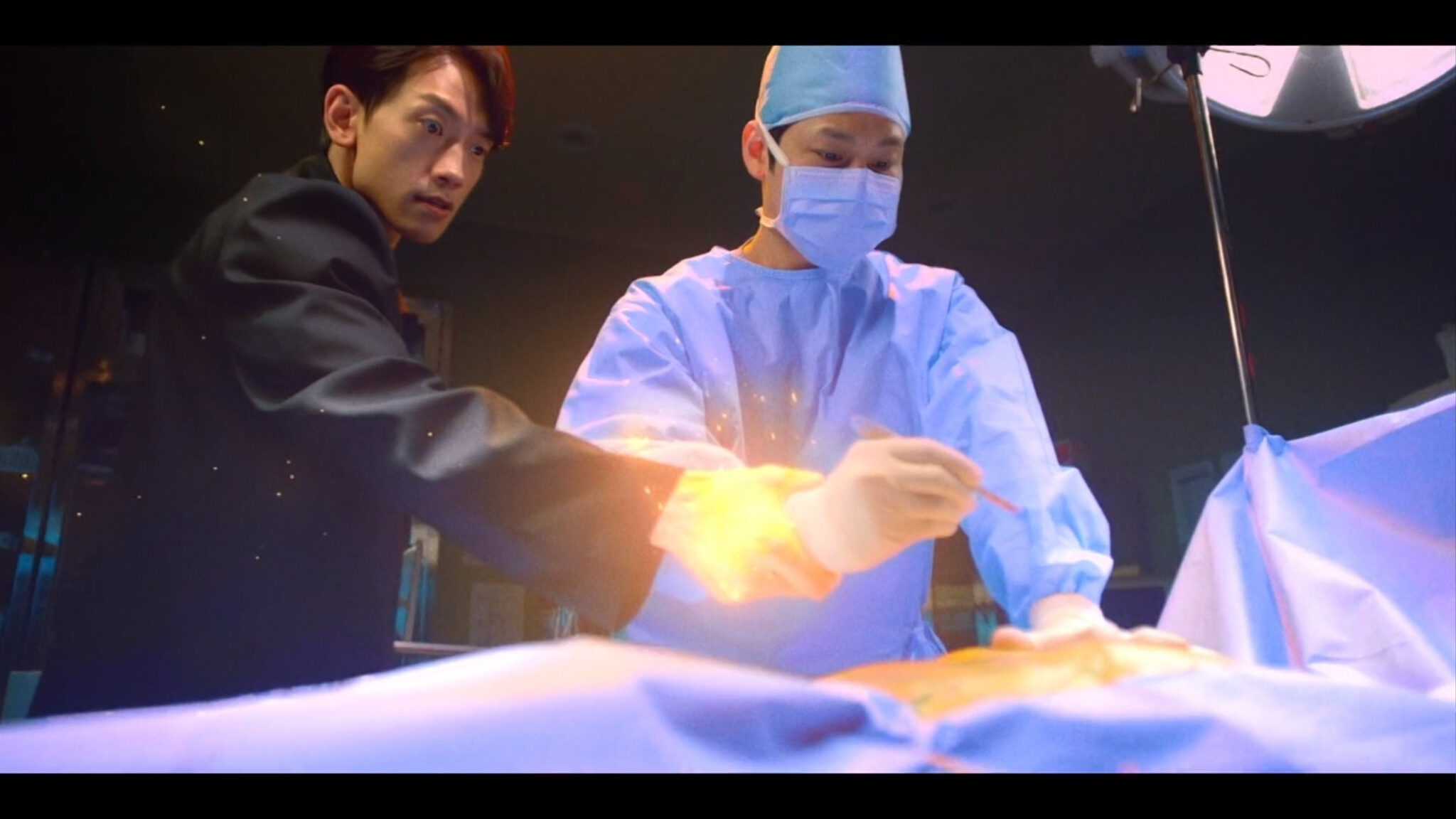 Ghost Doctor has set the stage for an epic hate-to-love bromance with a supernatural twist as the spirit of a comatose doctor discovers that he can hijack the body of his least favorite resident. Instantly at odds with each other, this duo is going to need to work together to save lives and to figure out who masterminded our ghost doctor’s accident. 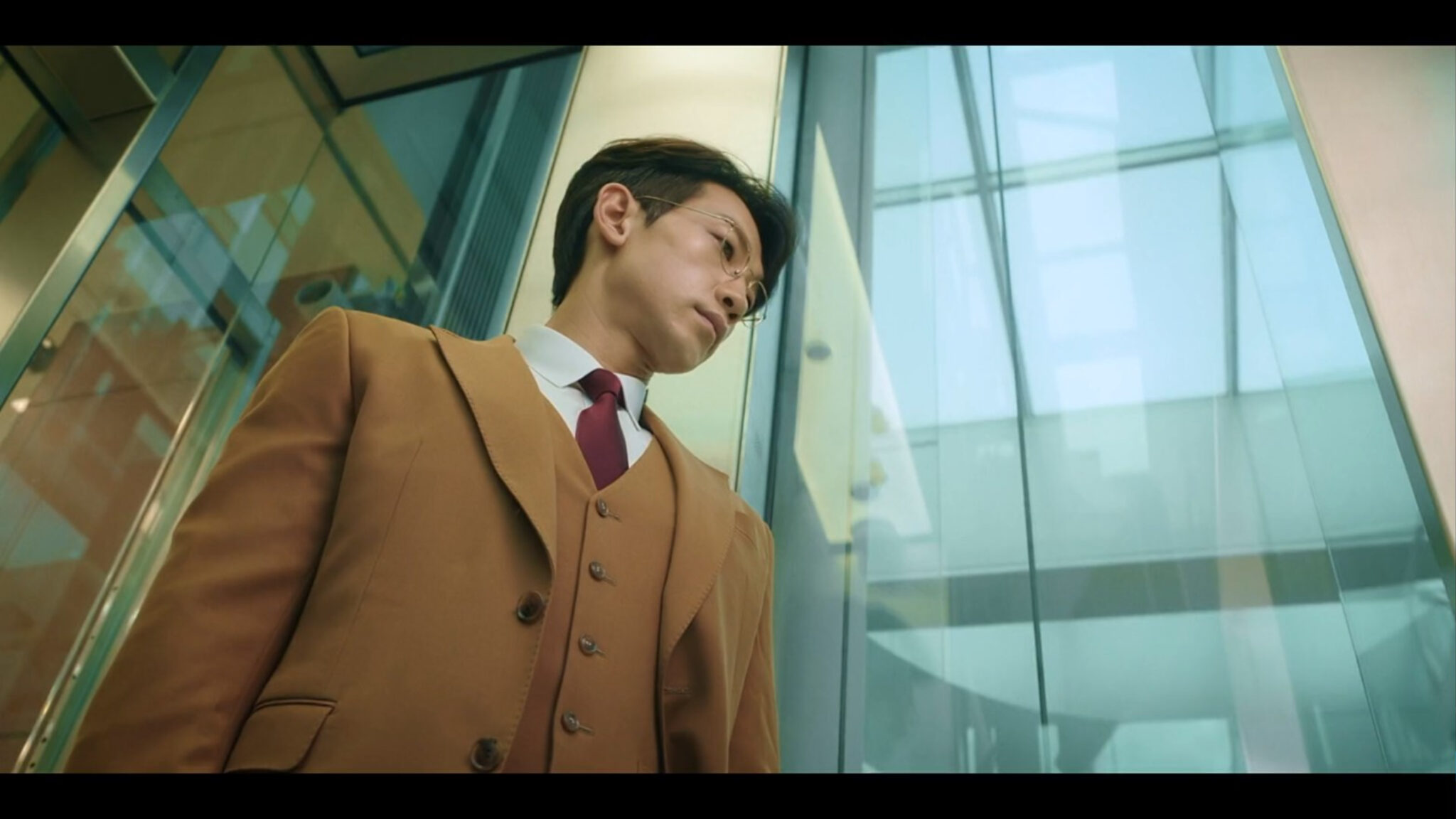 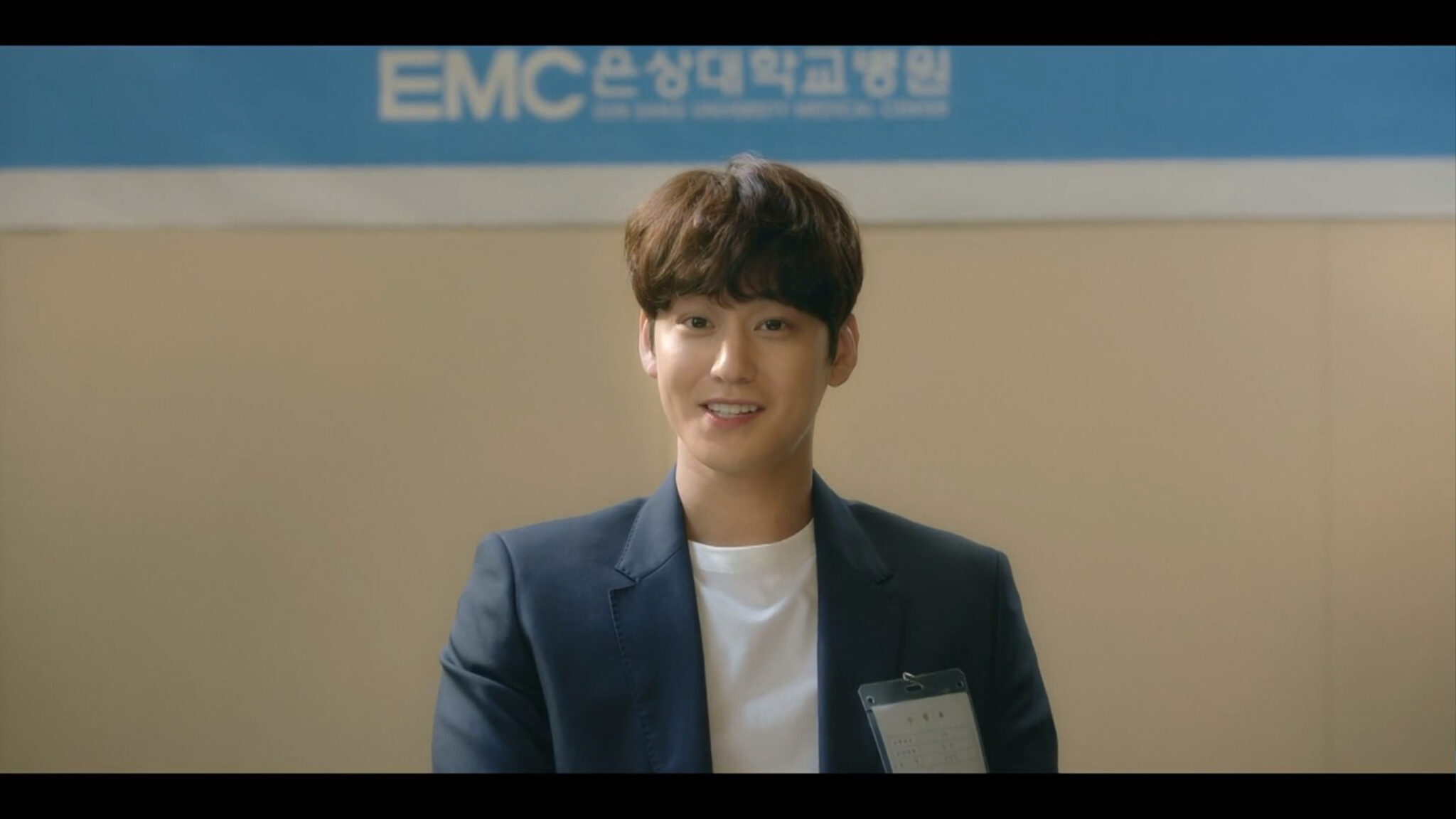 Who Are You? meets Romantic Doctor Teacher Kim in this new supernatural drama. Those who prefer their medical shows to be grounded in reality should probably steer clear, but as someone whose initial interest was solely based on the cast, I found myself enjoying the zany premiere and our oddball duo.

We are introduced to our soon-to-be ghost — coma ghost, to be exact — doctor CHA YOUNG-MIN (Rain) in classic K-drama fashion. With his co-workers gossiping about his professional prowess, he swaggers past them in a tailored suit, exuding a level of confidence that can only come from either legitimate success, six-pack abs, or being born with a silver spoon. While Young-min has the medical skills and — still unconfirmed — chocolate abs to back up his strut, GO SEUNG-TAK (Kim Bum) is our (medical) resident chaebol, and he walks around like he owns the place… because he literally does.

Coming from a long line of doctors, Seung-tak makes no attempt to hide the fact that his family is loaded and well connected in the medical community. His carefree smile and affable personality immediately rub Young-min the wrong way. He assumes Seung-tak was hired due to nepotism and sets out to prove Seung-tak isn’t cut out to be a doctor — but Seung-tak is actually extremely intelligent. 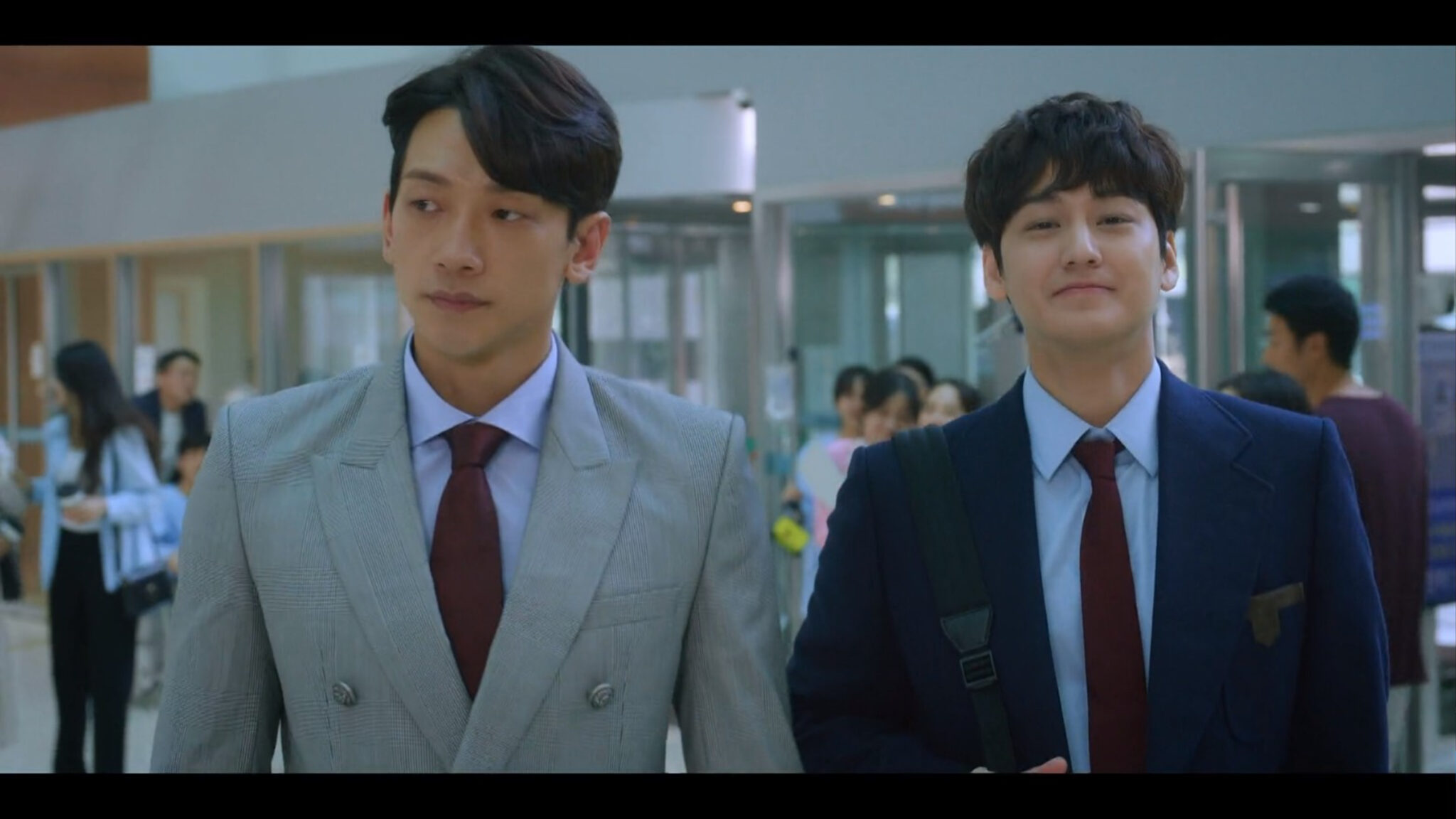 Unfortunately, his booksmarts can only carry him so far, and he stumbles when it comes to putting his theoretical knowledge into practice. Underneath all Seung-tak’s bravado is someone who doesn’t have the stomach for all the blood and guts. However, he’s been forced to fake it ’til he makes it by his grandfather, who has threatened to disown him if he does not follow in his family’s professional footsteps.

On the surface these two men are complete opposites, but their shared cockiness, which has them fighting for escalator dominance, also hides their inner gooey sides. This sets them up to have an epic bromance as they learn to work past their personal biases and discover common ground. And, yikes! They are going to need to buddy up soon because the hospital is rife with bad guys. 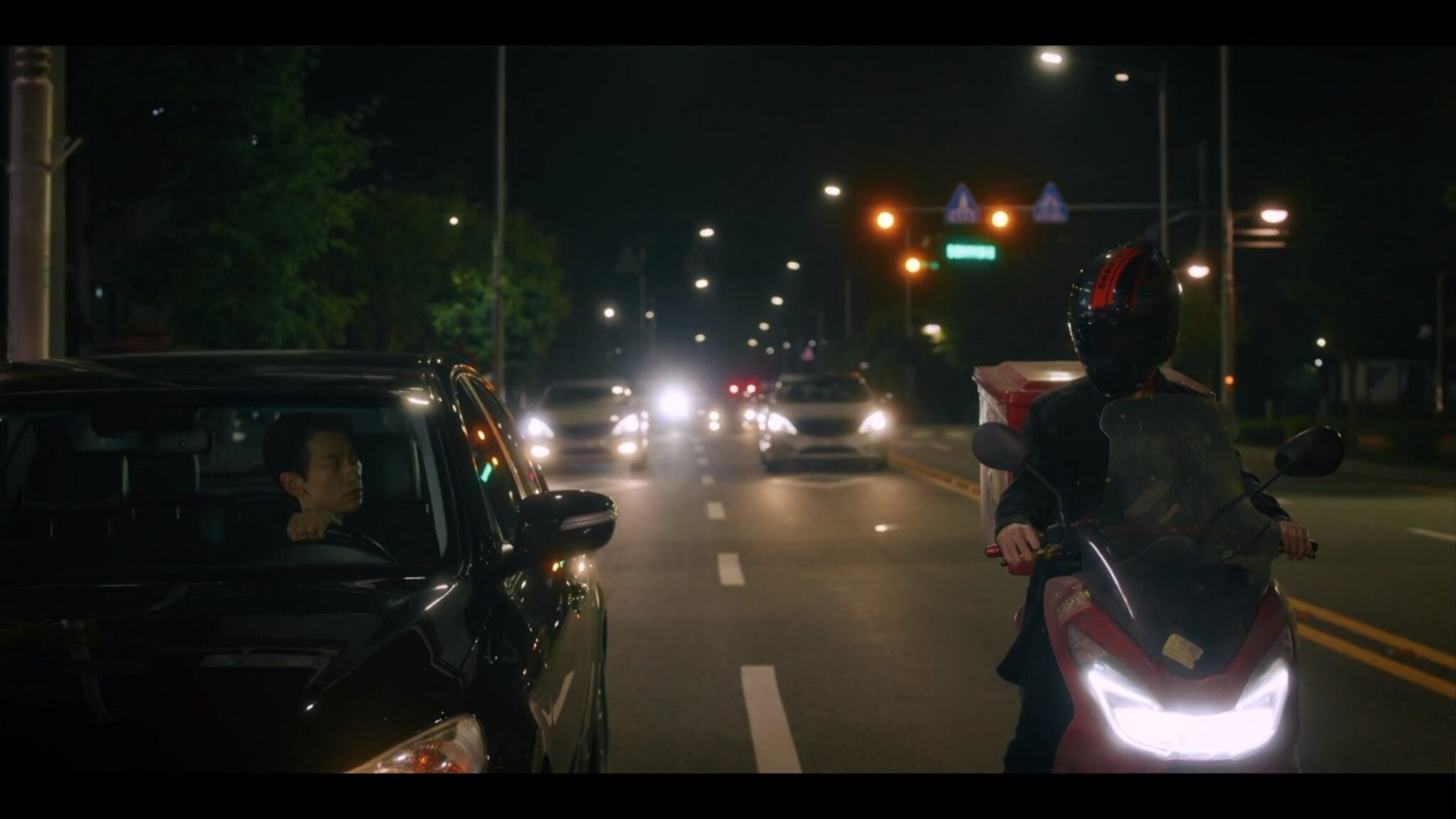 I should have known when HAN SEUNG-WON (Tae In-ho) showed up dressed in all black looking like Al Capone’s accountant, that he was going to be up to no good, but I was a bit surprised by the drama’s shift in genre. Shady, underhanded hospital politics are a given with most medical dramas, but it’s rare that someone tries to outright murder a doctor rather than ruin him professionally.

Even though the costuming department practically sewed an “I’m a villain” sign on the backs of our evil doers’ wardrobes, I’m kind of digging the attempted murder plot. I mean, given the overall silliness of a comatose doctor performing surgeries through body possession, it seems fitting that the external conflict for our bromantic leads would be comically threatening. 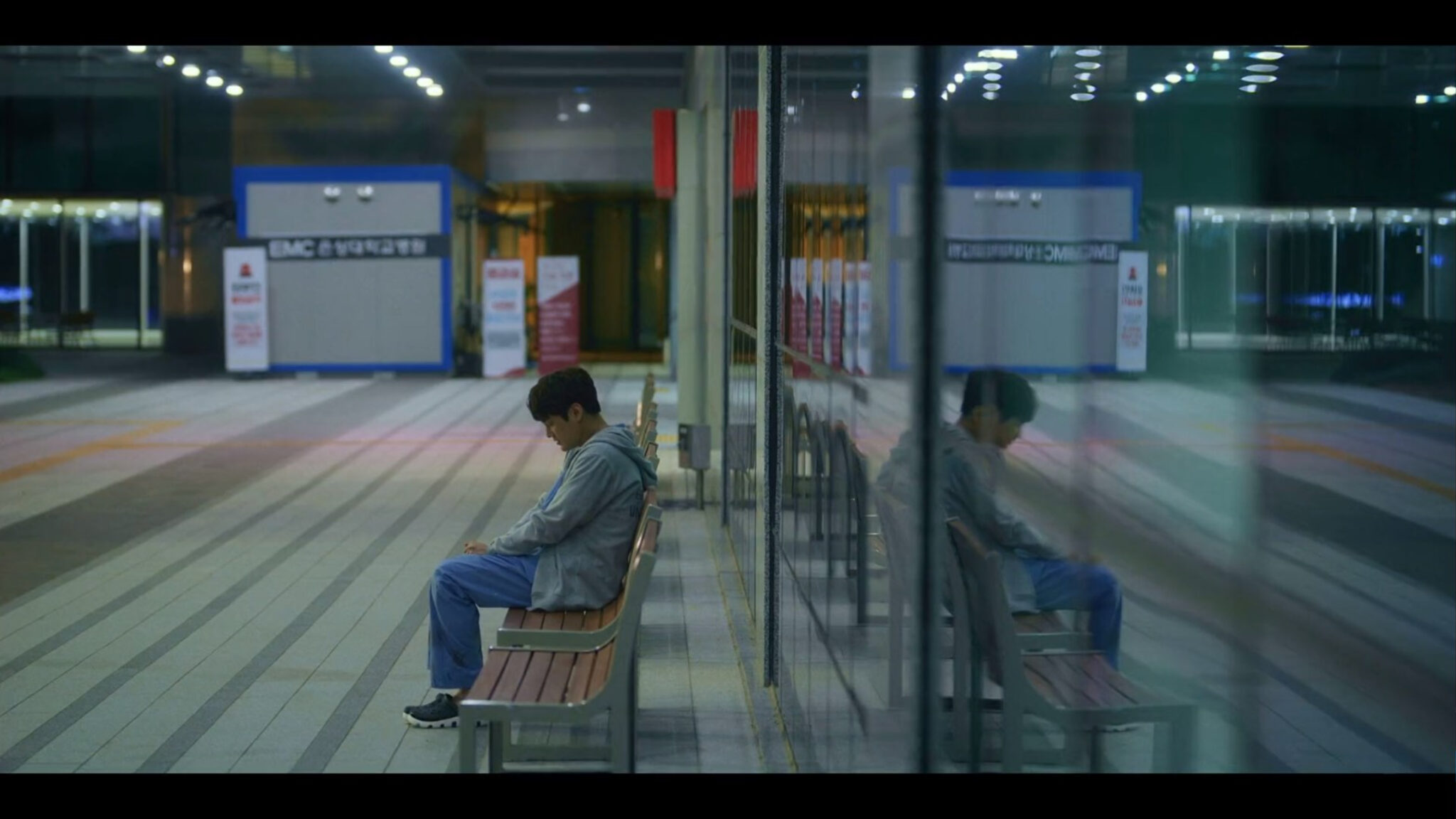 My main disappointment, though, is with how the scenes leading up to Young-min’s car accident were cut together. The transition from the surgery to the car accident in Episode 1 was very abrupt, as if they realized they were running out of air time and had to skip forward in order to end the episode with Young-min possessing Seung-tak. I’m not a fan of unnecessary flashbacks, so my personal preference would have been for them to have revealed the events linearly, ending Episode 1 with the car crash and saving the body haunting shenanigans for Episode 2.

Timeline aside, I really appreciated what followed the possession, particularly Seung-tak’s reaction to his memory loss and unexplained ability to perform the surgery. There was something endearing and heartbreaking about him sitting alone outside the ER, reciting multiplication tables as a coping mechanism while he tried to suppress his panic and confusion. His reaction was also a nice foil to Young-min, who pouts and channels his own anxiety by lashing out at those around him, even when they cannot see him. 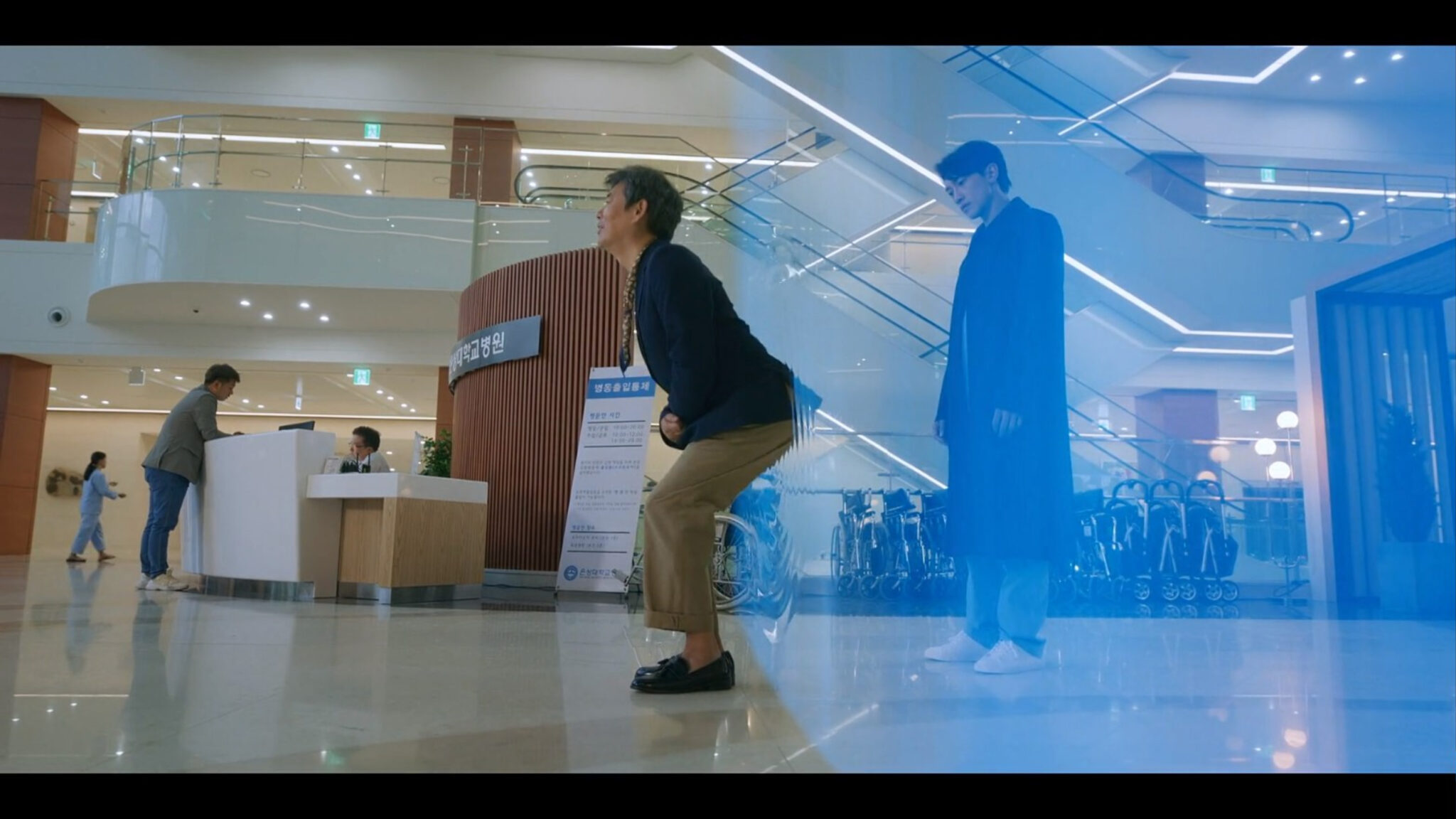 It’s good, then, that both men will have some sort of companion to help guide them through the crazy, fantastical circumstances they have found themselves in. Seung-tak will have OH SOO-JUNG (Sohn Na-eun), an ER intern with an interest in the supernatural, to be the intermediary between him and his personal ghost doctor pal. Young-min has TESS (Sung Dong-il), a real ghost, to explain the ins-and-outs of coma ghost life — or is that death?

But Tess isn’t the only spirit haunting the hospital, and Young-min has an awkward ghostly encounter with one of his patients, the father of his ex-girlfriend JANG SE-JIN (UEE). The tension when Young-min reunited with Se-jin prior to his coma was thicker than the silver rings worn by her brother, JANG MIN-HO (Lee Tae-sung). Also, the way she came running when she learned about Young-min’s accident hints at a complex and emotional backstory that I’m curious to see unfold, especially when her messed up family is likely to have factored into keeping them apart.

In the present, her family continues to stir up drama. Her brother has teamed up with Seung-won to murder her father, but what exactly does Seung-won get from the deal? Presumably his evil master plan would involve his inheritance of the hospital and family fortune, so wouldn’t Seung-tak pose a bigger threat to him? Why set up his hospital’s best doctor as part of the plan? And did he or did he not have something to do with the motorcyclist who followed Young-min the night of his accident? He claims he didn’t, but if not him, is there another bad guy out there that we’ve yet to meet?

The mystery surrounding Young-min’s accident definitely has me eager to watch more, but the biggest question for me after this premiere week is: Who the hell is taking care of Young-min’s sugar glider while he is in a coma!? 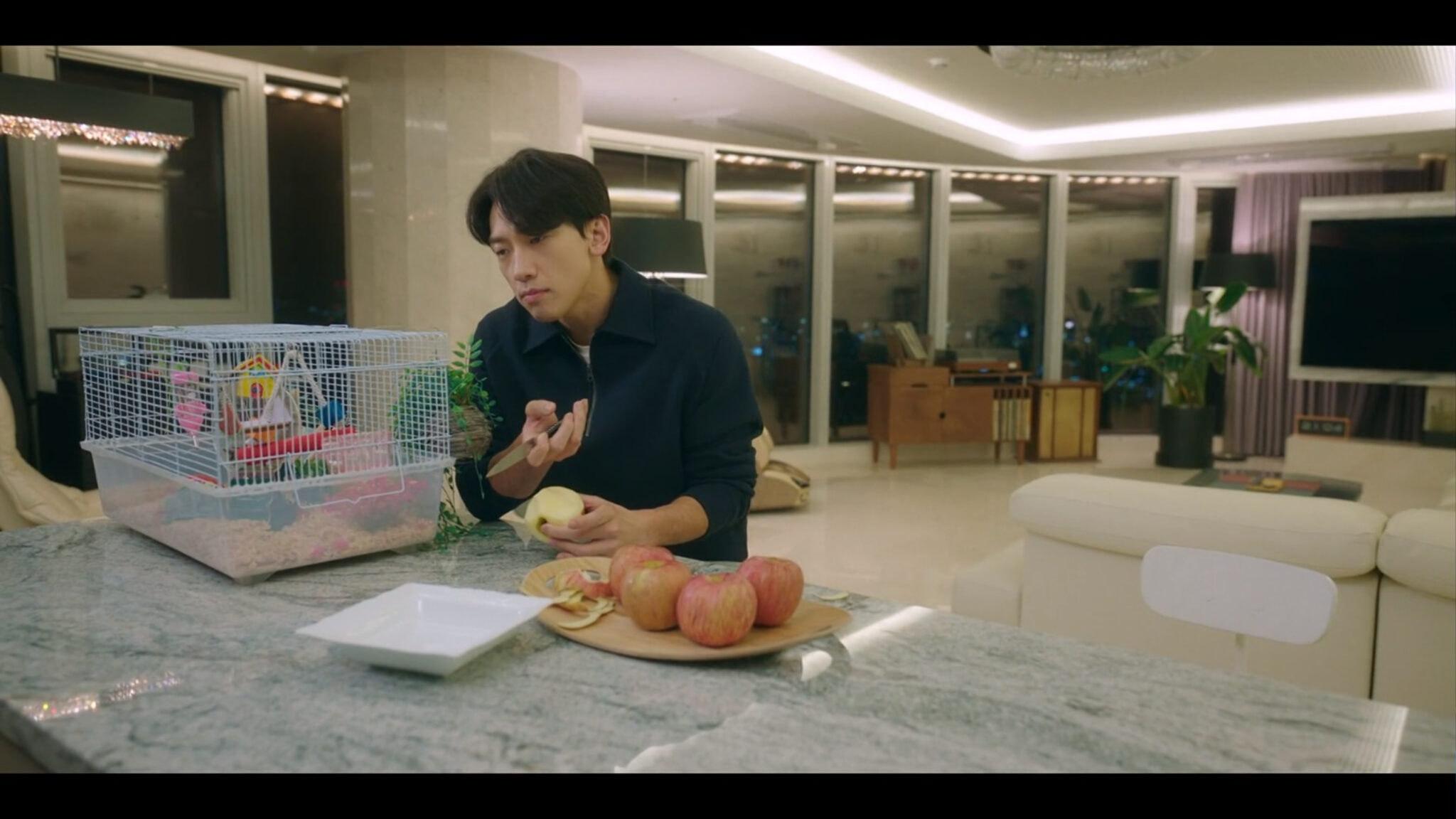 After so long I've found a light drama & I'm totally in! Sometimes you just needs dramas like this where things doesn't need to make sense, you don't have to reck your brain, something u could just chill and watch at night after hours of studying!

A very important last question - who's feeding the poor sweet sugar glider! I'm not hooked on the story yet though, but will keep watching and will lookout for more body swap hijinks.

ohhh, you just need to enjoy it for Rain and Kim Beom eye candy....

who cares about the actual story...
: D

I wonder what's going to happen with the love story if UEE's character can't see him... What if they go full on 'Oh My Ghostess' and at the end UEE says she loves Park Bo Yeong and not Seul Gi! I mean, Kim Beom... 😂

Oh, and I love Tes Hyung already. SDI is the best.

GHOST DOCTOR
I’m normally not a huge fan of medical dramas… I liked dr Romantic because of the overall plot and characters and casting, but ffd the medical parts… and I dont like it when there are too many main leads, like in hospital playlist…
Also I normally wait until the end of the season to watch a drama,
But here, I made an exception, and I loved the beginning , such a smart and uniquely original storyline, … funny, intriguing …
but what makes it for me above all are 2 ML playing opposite multi-faceted characters (both highly gifted doctors, one a cold-hearted top star surgeon and the other - future heir of the hospital, but working there not by choice but obligation - a warm-hearted, charming and seemingly carefree inexperienced surgeon, both characters extremely enticing in their way, you just want to get to know more about them. Their tandem and interactions works just fine.
Love Kim Boem and Rain playing those characters to perfection, they kill it.
And the rest of the casting is a match.
I now just hope that they will keep up til the end …

This felt VERY much like and old-timey classic K-drama. Frankly, I was getting fatigued with Netflix-style dramas that play more like extended Korean movies than the network TV dramas we've grown to love.

I had the EXACT same thought as I was watching Ghost Doctor! Both in regards to the fatigue from the influx of serious/cinematic dramas and its likeness to late 2000s era K-dramas. It's silly and fluffy, but the characters are also charming and multifaceted. I hope it keeps this up!

I am entranced with this drama - bring on the murder plots and crazy body/soul switching. I am here for it. Both the MLs and FLs are great - so glad to see that both of the female leads are strong and not doing that deer-in-the-headlight stare thing. Looking at you Bulgasal.

It was great fun. I ve seen Kim Bum but first time for Rain! Altough I ve been in Kdrama land sometime how I can never seen him! I end up watching half of Full House on Netflix 😁Wow He has changed a lot 😁I am exited for what is next 😁

Fugitive: Plan B
A Love to Kill
Come Back Mister (comedy)
and have you not seen Ninja Assassin??? rawr...

and you can see rain yodelling in the kooky south korean movie I'm a Cyborg, But That's Okay...