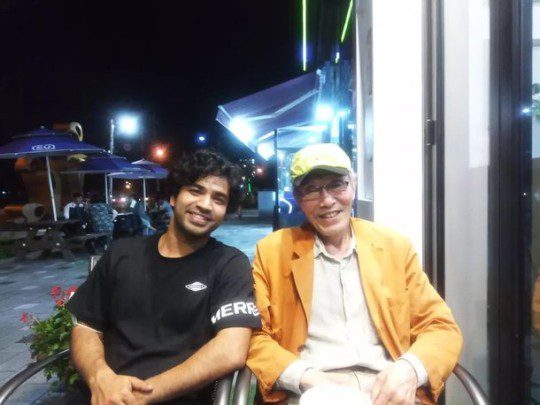 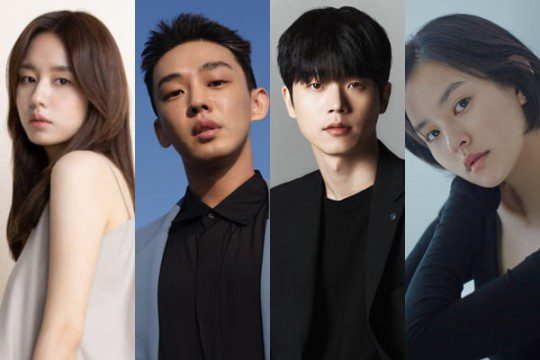 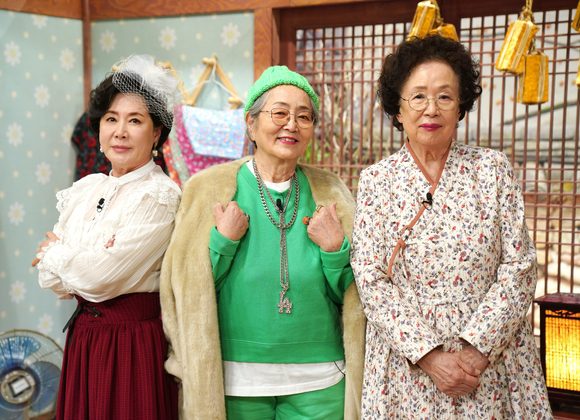 Oh I so hope the Grannies will be subtitled by someone 🤞🏼

Are you a granny Mugy?

NO! 😂 I just find them entertaining.

2 parkchuna is still an Errant 🫘

Revenge Melodrama..will Lee Sang Yub ever star in a drama i’d actually like to watch?

I wanted to keep News Bites a regular weekly Dramabeans section and I wanted to thanks to @tccolb for keeping the spirit on not only on News Bites, but on Dramabeans itself!

It was ordered from above hehe, so thank you to @missvictrix! :)

But I am having a lot of fun with them and I very much appreciate our DB community's support! It really means a lot! :)

I like the drama choices of Im Si-wan. I enjoyed Misaeng a lot and now also the rewatch of Run On. I might look forward to watching Tracer, and also this one if he happens to take the offer.

I wish someone would sub Tracer.

Same sentiments about his drama choices.

I only watched 4 eps of Reply 1988 and stopped because I wasn’t really in the mood for it. Apart from that one, I haven’t watched any Reply series.

Absolutely, 100% agree. I tend to check all dramas of actors who have a tendency (or their own smarts...or agent's) to choose good scripts. Im Si-wan is one of them.

Conversely (and unfortunately), I tend to be skeptical about actors who consistently choose train wrecks.

I didn't even realise that Sweet Home was getting a second season this is awesome!

Also excited for Goodbye Earth, I'm loving SK's foray into sci-fi, the genre can never be too saturated imo - keep them coming!

I was iffy on Goodbye Earth, but the writer is excellent, so will check it out.

I did wonder at first why Yoo Ah In would pick this. It makes sense now.

Who comes up with the English title? It's so bad.

lol, it really is.

So... Is Goodbye Earth the kdrama answer to Don't look up?

I don't know, but Don't look up is satire, I don't think Goodbye Earth is. I think it is just plain old sci fi.

Right, this seems to have a totally different vibe:

My first thought as well. “Are they passing this off as an original idea?!”
There’s room for it to be very melo…

So, what would qualify as a good/great ending, given the Earth (and human life) is doomed? I was ok with “ Seeking a Friend for the End of the World” … wonder what direction this team will go?

I'm generally happy about all these castings, except for Goodbye Earth.

It will be good to have both Kim Woo-bin and Kang Haneul back in dramaland.

Oh Jung-se is great. I would be happy if he joins Sweet Home 2, but to me, the women were the standouts in Season 1, and there has been no news about any of them returning.

OMG, writer Jung Sung-Joo is back? Yay! (Heard it Through the Grapevine, Secret Love Affair, A Wife's Credentials, etc.). I'm a little sad that PD Ahn Pan Seok is not headlining this, but I love PD. Kim Jin-min is also a favorite.
Now that's a reunion between writer Jung and YAI. "Goodbye Earth" is now my most anticipated.
What the heck, JTBC? This could have been an excellent drama for you.

I honestly cannot imagine the writernim of such satires (and moving love stories) as HTTG and SLA to take a stab at sci-fi, so I'm definitely intrigued. It's also my most anticipated now, yay!

She hasn’t done a drama in 7 years, this better be good. 😆
I’m also waiting for writer Park Kyung-soo to come out of hibernation.

lol, maybe that's why they "hibernate" for so long -- they actually care about crafting a good script that we all can enjoy. I love the work of Park Kyung-soo too!

This kind of sci-if is simpler in the sense the sci-fi part sets up the conditions for the drama, and that’s about it. The rest is human drama with no sci-fi. Will it be satire? A farce? Slice of life? I admit to being curious.

Either one would be fine with me :). Satire is her bread and butter.

A satirical look at human behavior as the world ends … ok. I’ll have to take a look.

OMG, the writer of Secret Love Affair is having a new drama? I'm watching 100% (but given so many "good writer" disappointments as of late, cough*Jirisan*cough, by "watching" I mean I will definitely give it 3-4 episode chance to woo me in but no more.)

Love these news bites! I'm glad they are back!