Cherishing the here and now with Sohn Ye-jin, Jeon Mi-do, and Kim Ji-hyun 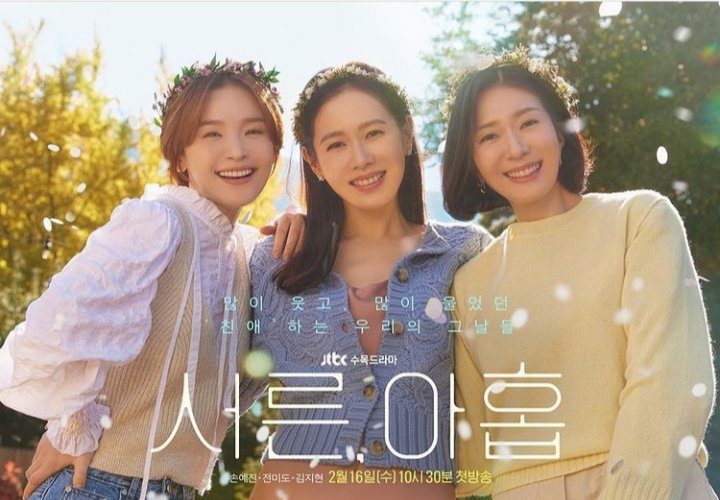 As close friends for decades, the trio of 39-year-olds was expecting their 40s to be just another chapter in their lives together. Life, however, decided to throw a new obstacle in their path, and they suddenly find themselves grappling with the possibility of death, and parting ways in their friendship.

The newly released teaser begins with Sohn Ye-jin shaking her head and correcting someone that she’s not a spinster. It cuts to Sohn spending time with Jeon Mi-do and Kim Ji-hyun, and they happily take photos together. In the next cut, Sohn meets with Yeon Woo-jin (Undercover) afterwards, and explains that her friends are more than family to her.

The music suddenly becomes serious, and we see a grave Sohn Ye-jin clenching her fists and rushing to her office. In denial, she demands, “Did this get switched?” Jeon Mi-do tries to stay calm as she asks, “Is it a terminal illness?” and Sohn responds angrily, “Who said anything about dying?!” Meanwhile Kim Ji-hyun hides in the stairway to cry and hugs Sohn Ye-jin afterwards. Jeon says honestly, “I wish you didn’t have to go.”

The teaser then cuts to a sequence of the three friends having fun together, and the intermittent text screens read: “We didn’t realize how much we cared about each other.” Sohn Ye-jin determines that, “While we still have time together, either we have as much fun as possible, or just wallow in sadness.” In the next sequence, we see Sohn on dates with Yeon Woo-jin, and she spits out her drink in surprise when he shares, “I have a new hope for the future. Becoming [your] husband.” The two embrace happily after she puts on a ring, and Sohn concludes, “Become history’s happiest terminally ill patient.”

The teaser closes on a shot of the main cast — including Lee Moo-saeng (The Silent Sea) and Lee Tae-hwan (Secret Royal Investigator) — looking out a window together at the snow.

Premiering on February 16, JTBC’s Thirty-Nine is written by Yoo Young-ah (Boyfriend) and directed by PD Kim Sang-ho (Run On). 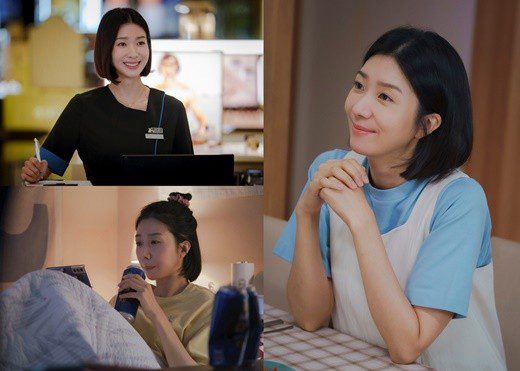 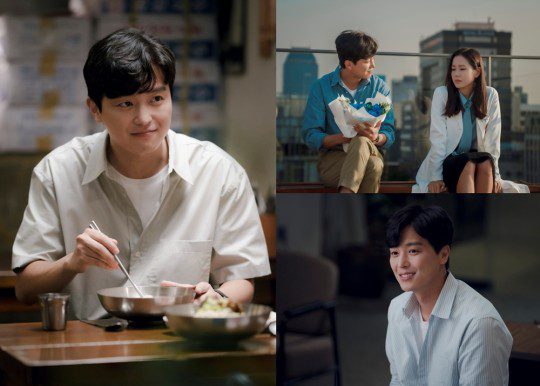 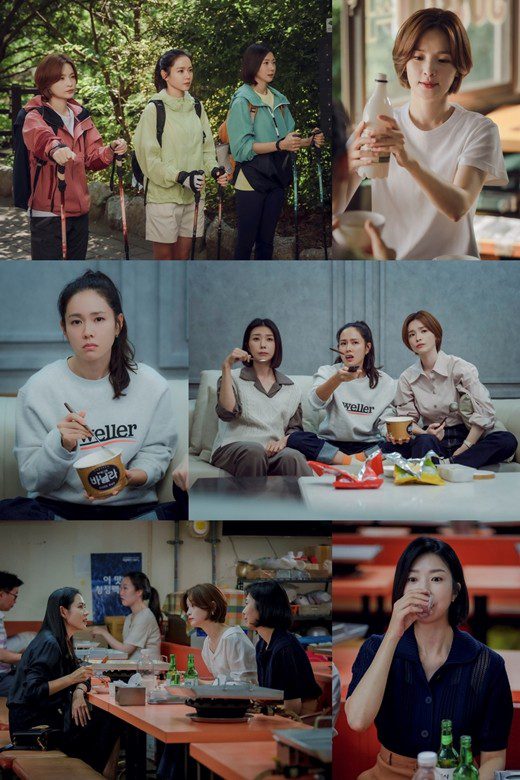 It seems to have gone in the span of four trailers from a silly, friendship rom-com to a melodrama. Still on my watch list.

Could the terminally ill patient be the male?

Agree with your reaction.

I cannot tell with a hundred percent confidence from the trailer or a recap...but if "terminal illness" of whomever is a catalyst of the plot, then it's just soooo boring. How.many.times.in.kdrama. For such a vibrant trio of actresses. As a woman in 30's, I can give a bazillion reasons that puts us in terrifying fear that can be used as a bazillion variety of catalysts for the plot. But they went with terminal illness. GROAN.

But maybe the execution of the show will save it?

Yes, but it *could* be a gloriously riveting hot mess of a train wreck.

With this writer, it's more likely to be as boring of a trainwreck as possible.

@hebang Oh I love me some hot mess of a train wreck, lol. This drama just shoved to the top of my list to check out.

@missh EXACTLY my thoughts. I was careful not to call it a train wreck, only that it *appears* to be a train wreck, but then I remembered snoozefest that was Boyfriend, and now I wish it were a glorious hot mess of a train wreck.

@bomibeans, you must keep in mind that in the journey of life, terminal can mean both an end, and a beginning-- a beginning of tears, laughter through the tears, tears through the laughter, and hours of groaning as a kdrama puffs and hisses through its melodramatic tropes!

Oh and I'm all for it. My fear is this - that this show is incapable of even being a proper train wreck, with all its whistles and bells and hisses and puffs and tears and laughter, just a monochromatic industrial-type train wreck, and I have a hard time getting on board with this. But I'm in for the ride, at least up to episode 4. (Oh boy, I really did stretch that train metaphor, didn't I, *cringe*...)

@bombeans - as some Kdrama characters are prone to say - with an appropriate whiney voice - wea, wea???

I wasn't that emotional since the days of DAYS. So many, many wasted possibilities -- I mean, isn't it a "slice-of-life", couldn't they just conduct a poll of women approaching 40, and simply ask them what is on top of their fears and preoccupations? I wager, "terminal illness" is not one of them. Wea, indeed.

I am still fully committed but I really hate it when friendship themed projects go the Beaches route. I hated it when I saw Brian's Song as a boy and I really hate it now, at an age when I have started losing friends and family too soon.

@halofan68 - I am resentful on Seon Yejin’s character’s behalf. And, how dare they dangle charming Woojin(a) in front of her, and us, and then try to off her? Grrrrr😡😤

My interest in this show has dipped dramatically. Forget k-zombies, after Now We Are Breaking Up, The One and Only and now this, terminal illness is the real k-drama trend.

That and reincarnation for 2022. There are a few dramas with high-profile actors that are all about their characters getting reincarnated.

Having watched the abomination that was Born Again, I am so wary of all these reincarnation dramas 😖

I thought this show was the Korean adaptation of the Chinese drama Nothing But Thirty??? Did someone make that up because the trailer isn't squaring up.

I'll reserve my judgment for when the show airs. I hope 39 explores the brink of turning 40 because it's a time period that most tv shows haven't focused on as much as opposed to turning 20 and 30. This is the time where people undergo divorces, mid-life crises, deaths, etc, so lots of material to plumb.

Otherwise, I don't see how 39 will differentiate itself from Be Melodramatic, Age of Youth, etc.

OH for crying out loud 🤦🏼‍♀️

I'm really curious about. The casting looks so great!

Fellow beanies, why are there so many bad dude haircuts in KDrama?
How could they saddle handsome, charming and charismatic Woojin(a) with that ridiculous hairdo in this show?

Funny that you say it, I didn't even notice it. When I started watching kdramas, I found it annoying, but now, unless it's egregiously bad - say, Junho in Just Between Lovers - or fenomenaly good - Ryu Junyol in Human Disqualification 💚 - I don't even register male actors' hairdos anymore. I guess I got desensitized 😂

@flyingcolours - Ryu Junyol’s hair in HD - pre cut - was glorious. I have no other word for it.

Hair cuts come as a trend in dramaland that is why one cannot notice any difference in male leads. When one spots a comma hair style, everyone else mostly does too.

I missed Bogum a few days ago so I did a skip rewatch of Encounter and based on the photos/trailer, this writer likes swings and beach.

I still like the cast so I'm willing to give this a 4-ep trial. But really though, terminal illness? Oh well.

With all those (some overly) creative stories in dramaland, they come up with terminal illness?...
?? ???
I feel like I’m transported to twenty something years ago
Dude, we are swamped with zombies, any kinds of gumiho, time travels, cross borders, exchange genders....I’m almost offended.
But it’s SYJ and JMD. So yeah...I’ll give my hardest try.

OH FOR F*CK’S SAKE! TERMINAL ILLNESS??? THEY COULDN’T COME UP WITH ANYTHING ELSE?? ANYTHING????

Why would they dangle this perfect cast of ladies and their equally perfect love interests, only to hit me with this nonsense?? Why is the world intent on disappointing me and stomping on my hopes and dreams???

@ladynightshade: it is such a failure of imagination but crucially, its underlying driver I wonder is if the writers aren’t also channelling the global perspective that most women are not regarded as having much worth beyond 40 as it means the ‘bloom of youth’ is well and truly gone; fertility has been in severe decline and the body and face maintenance have become much more difficult. These are deeply sexist if not misogynistic beliefs that are embedded in most if not all modern societies. So in light of this, let’s make one character become terminal as it is only a few steps beyond being an unmarried and childless woman at the cusp of turning 40!

i go to dramas to get AWAY from lifes harsh reality. i want happy good boyfriends good happenings etc in the make believe so i can get away from the real life. i need dramas to give me the best of everything i wish for in life-

but missed out on!

Nice, will be looking forward to this drama. Real life is all about ups & downs so I'm glad there's this show to balance out my usual fav genres like those mystery thriller + paranormal stuff :)