Based off the animated film by the same name, two men who knew each other in school become connected over a disturbing murder. School violence and past traumas resurface.

Based off the animated film by the same name, two men who knew each other in school become connected over a disturbing murder. School violence and past traumas resurface. 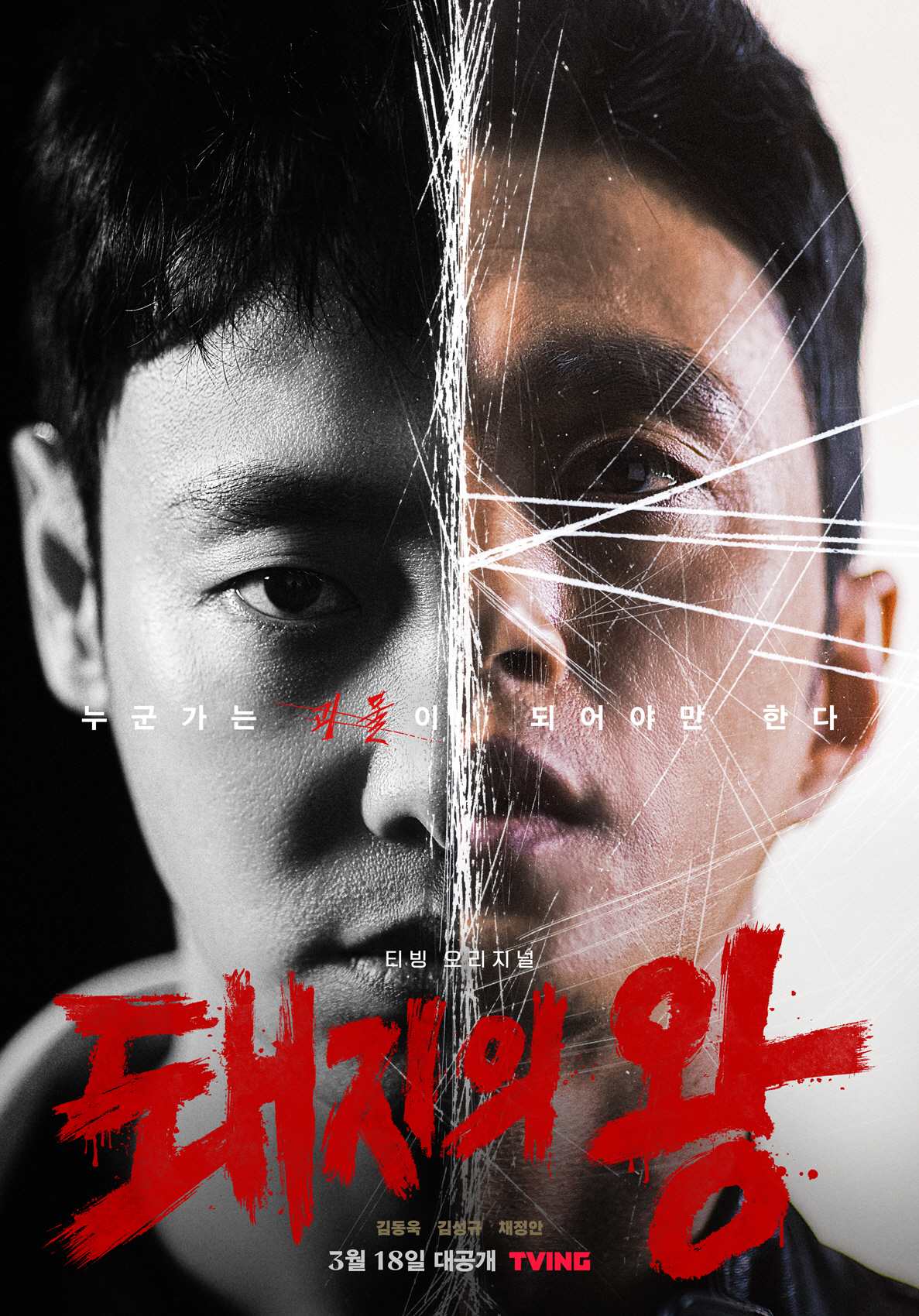 A new poster and video teaser have been released for TVING’s upcoming thriller King of Pigs, featuring the main cast of Kim Dong-wook (You Are My Spring), Kim Sung-kyu (One Ordinary Day), and Chae Jung-ahn (Monthly Magazine Home).

The story is based on director Yeon Sang-ho’s (Hellbound, Train to Busan) highly acclaimed animation film, also called King of Pigs, and starts with a strange serial murder case. At the scene of the latest crime, a mysterious message is found that the potential murderer left for his old childhood friend, bringing back memories of a shared dark past.

Warning: Your tolerance may vary, but I would say there are moments when it gets gory and/or graphic in the teaser.

The video teaser begins with police arriving at the crime scene, led by detective Chae Jung-ahn. As Chae inspects the area for clues, we get a brief glimpse of Kim Dong-wook before the camera cuts away to focus on Kim Sung-kyu. A bloody and injured Kim Dong-wook reads his message for Kim Sung-kyu, which we see in the appearing captions as well: “Jong-seok, it’s been a long time. It’s me, Hwang Kyung-min. How have you been?”

Kim Sung-kyu explains the situation to Chae Jung-ahn, “Hwang Kyung-min… I haven’t seen him since middle school.” As we jump to a man with his back turned in the bathroom, Kim Dong-wook continues reading aloud: “Do you remember what happened that day?” We then see Chae discovering the incriminating message written on the window and addressed to “Detective Jung Jong-seok.”

As the teaser comes to a close, we see and hear a laughing pig’s face and Kim Dong-wook calls out to Kim Sung-kyu, “You need to join in as well.”

Premiering on March 18, TVING’s King of Pigs is co-directed by PD’s Kim Dae-jin and Kim Sang-woo with scripts penned by Tak Jae-young.

Oh, it looks very dark (in every sense of the term). I like the actors, so why not?

I get such a steady diet of violent class warfare in the daily news, there is a limit to how much I am willing to tolerate in my entertainment choices. Also, the kdrama offerings in the last couple of years make me think SK is determined to close the gap with African and South American countries regarding suicide rates.

It will be interesting to see Kim Dong-wook in a darker role, but I'm ready for him to do another comedy. He was so fun in Special Labor Inspector.

Ooh I’m liking the tone of this. That, combined with these actors, means I’ll definitely check it out. Hopefully the writing is up to par.