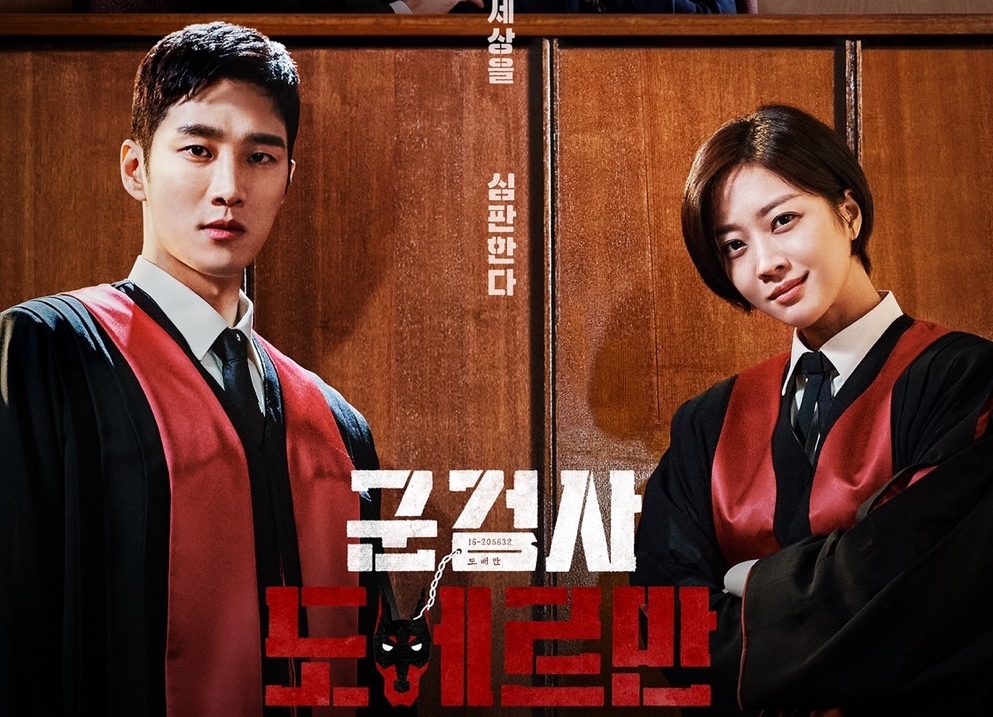 New promos have been released for tvN’s upcoming drama Military Prosecutor Doberman, featuring the main cast in new posters and a video teaser.

The drama stars Ahn Bo-hyun (My Name) as Do Bae-man, a military prosecutor who chose the job in order to make money. Joining his team is Jo Boa (Tale of the Nine Tailed) whose character, Cha Woo-in, became a military prosecutor in order to get revenge. Although both are initially motivated by personal goals, the story follows their growth as they learn the importance of serving justice and the impact they can make.

Heading their division is the tough Oh Yeon-soo (Criminal Minds), while the ambitious lawyer Kim Young-min (Private Lives) and young CEO Kim Woo-seok (A Piece of Your Mind) play foil for our heroes.

The new teaser begins with Kim Woo-seok causing trouble. He sneers that, “The army is like a bomb. I heard that the word goonbari [derogatory slang for soldiers] means nation-protecting dogs.” Unamused, Jo Boa replies, “People like you who break the law and choose army service as a way of escaping punishment… there will come a time when you will have to pay for your crimes.” In a quick sequence, we see Jo going undercover before putting on her army uniform. Ahn Bo-hyun, similarly, gets dressed in his military garbs and remarks, “Soldiers simply follow orders. They do not ask questions.”

The video then cuts to a frustrated Kim Young-min before moving on to a stoic Oh Yeon-soo. Oh raises a toast to her subordinates while reprimanding them: “If you want to make a living as a soldier, keep you head bowed in front of me.” Meanwhile, Jo Boa is at target practice and says, “There’s no rank that’s higher than the law,” while in another cut, Kim Woo-seok orders someone off screen to beg and we see a solider getting bullied. An angry Ahn Bo-hyun gets into a fight at the bar and he says, “I’m driving myself crazy thinking about how pathetic I was.”

As we approach the end of the video, we see Jo Boa continuing her training, and Ahn Bo-hyun joining in target practice. Re-confirming her deal with Ahn, Jo asks him, “Didn’t we have the same goal?” and Ahn agrees, “Did you forget already? I told you I’ll be your hunting dog.” 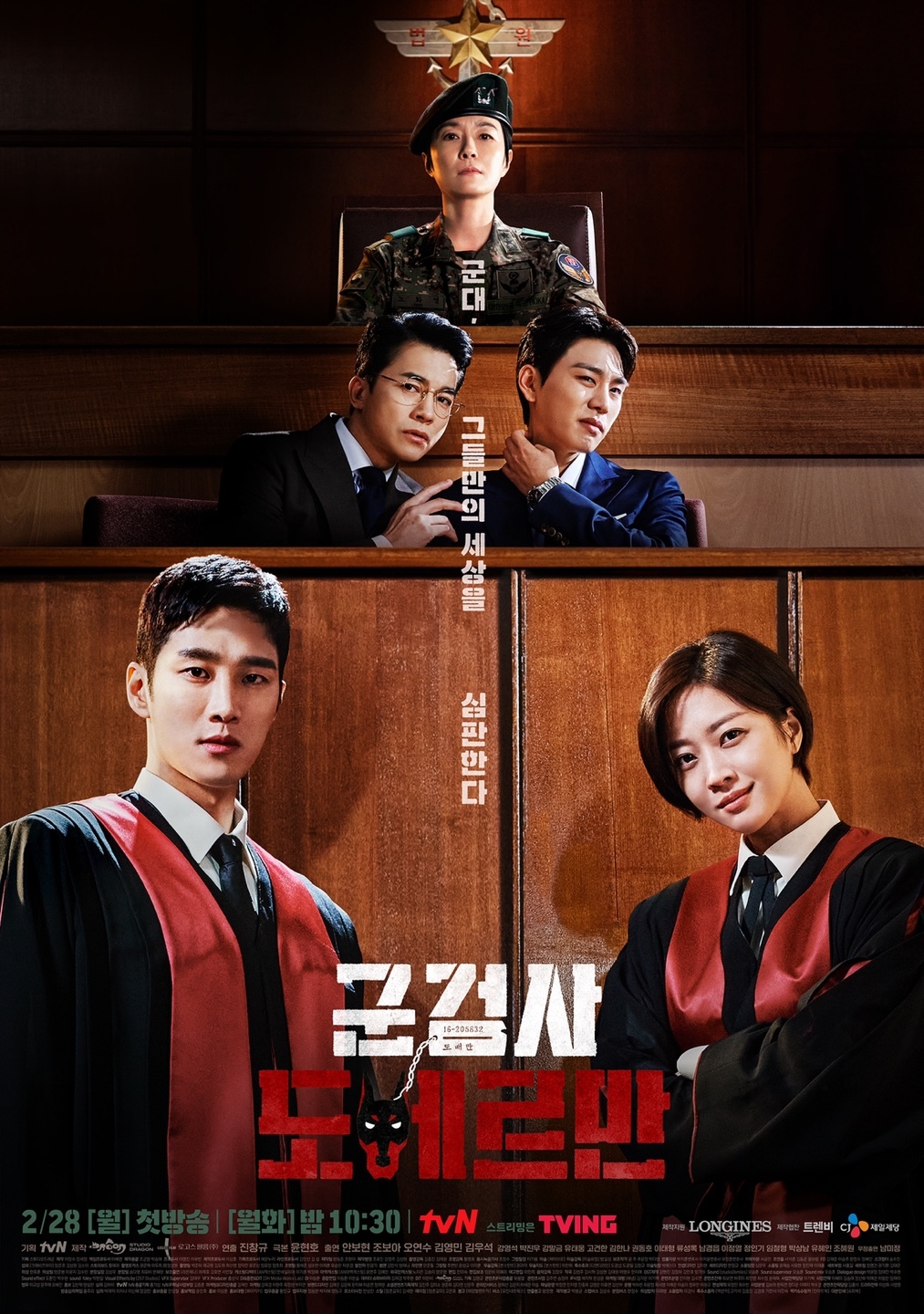 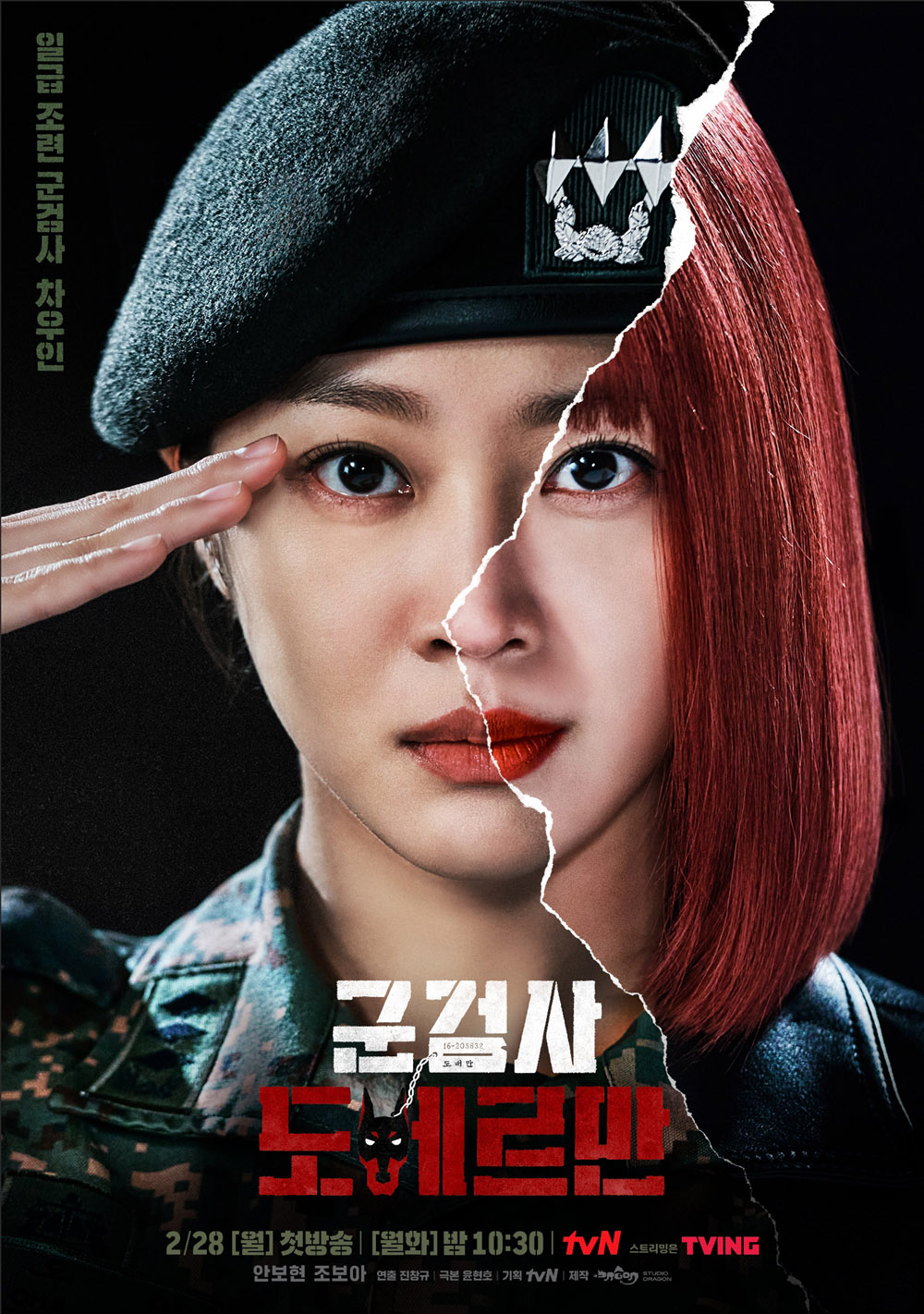 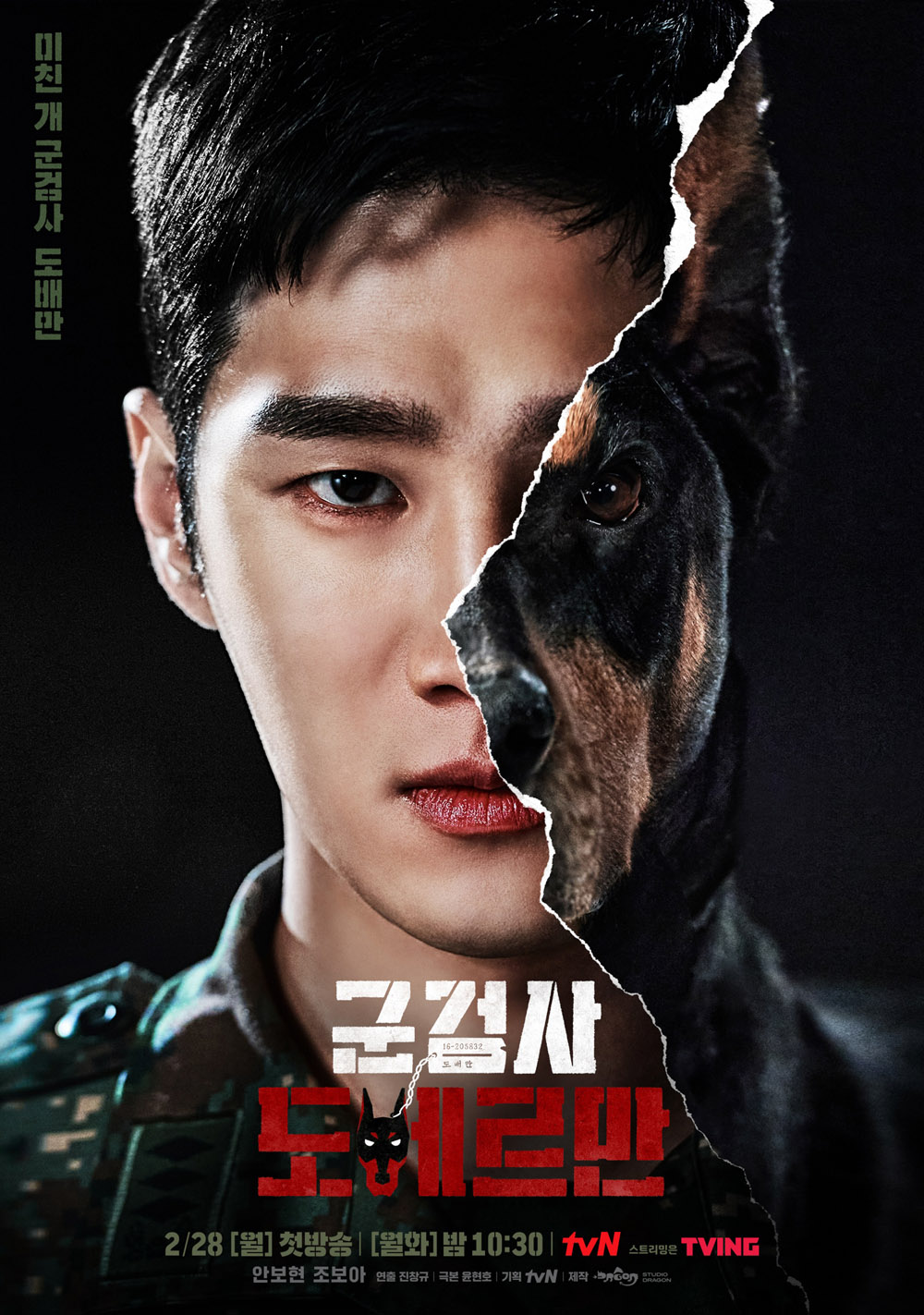 This post is lonely, so I'll just say Ahn Bo-hyun can be my hunting dog any day~ lol

Awww, that’s nice of you!
I am somewhat intrigued by the her undercover disguise because, yunno, no one will notice a woman with purple hair 😏

I have no idea how this drama will turn out to be, but my contribution to this article is to say that Jo Boa is so pretty. Honestly, I might just end up watching this just to stare at her face.

The teaser isn't too exciting but the premise looks interesting. Hopefully the show gives me more material to make (bad) doberman-shifter jokes.

Money, revenge, army...
Not sure I would be interested🙄🙄🙄

But I wish the beanies who will follow up have fun with this one.

It's difficult to tell what this is going to be like. ABH redeemed himself in My Name for me (after Itaewon Class), and JB almost did in 9Tails (After Forest). I'm definitely going to give it a go.

I will watch this. I love the cast. As for the writer, Lawless Attorney was entertaining, but so many flaws. Also Ahn Bo Hyun, 😏.

A military lawyer going undercover? Is this a fantasy?