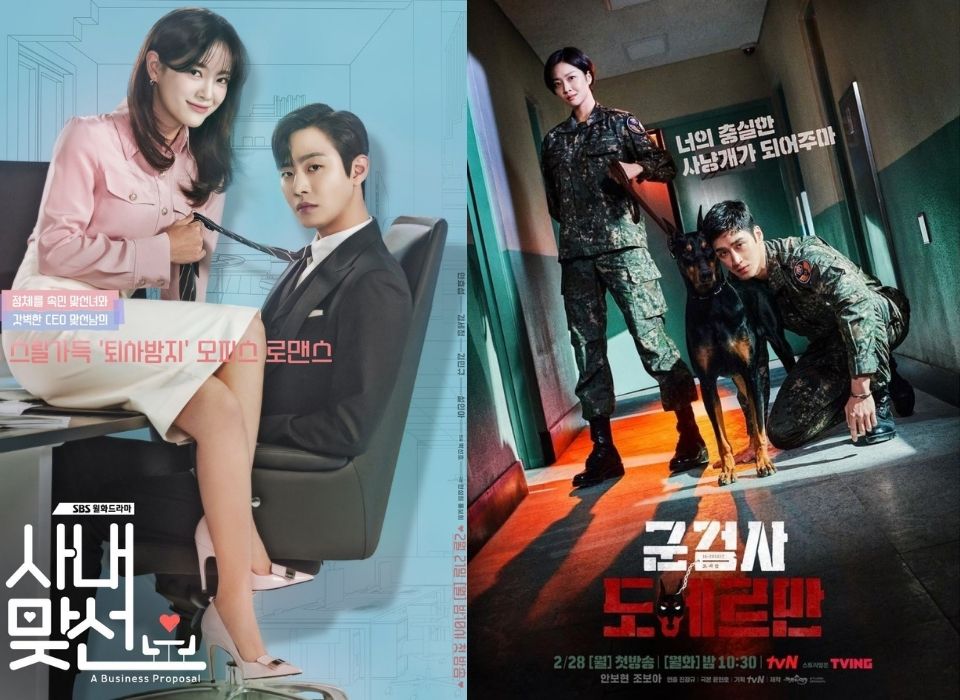 The dramas keep pouring in! In our Monday-Tuesday slot, we’re welcoming two new shows: a hijinks-filled rom-com from SBS, and a legal/military drama from tvN that’s surely got to be better than that sounds, given the fun character teasers. And the dobermans. 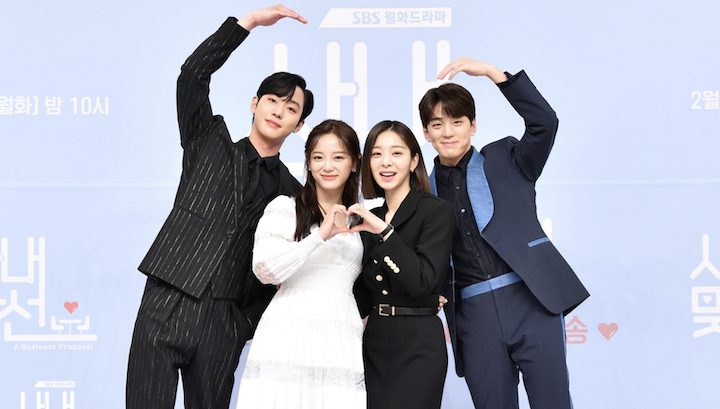 Reasons to watch: Yahoo! I’ve had my eyes on this one for a while, so I’m excited it’s finally here. In this webtoon adaptation, Kim Se-jung pretends to be her rich chaebol bestie and winds up on a blind date with her company’s CEO. That CEO is the dashing (and probably cold and snobbish and secretly wonderful) Ahn Hyo-seob. Despite trying her hardest to wreck the blind date, he instead wants to marry her, and thus, mayhem is unleashed. I really enjoy Kim Se-jung’s energy onscreen no matter what she’s doing, and I can see this pairing being a lot of fun. Bring on the hijinks, and make me laugh! 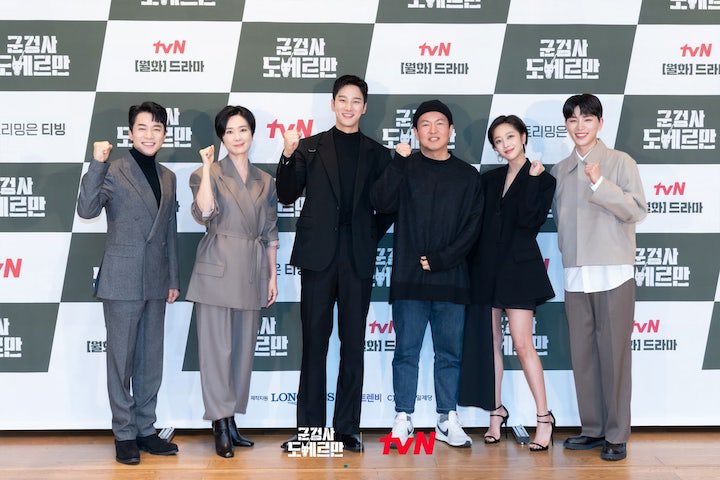 Reasons to watch: Jo Boa has cut off her hair, I assume for this drama, and I’m a little sad, even though she looks great (as if she could look anything but!). In Military Prosecutor Doberman, she plays a — yes — military prosecutor who’s out for secret revenge. She joins forces with Ahn Bo-hyun, a prosecutor in the game for money, and I’m sure there will be all sorts of stand-offs and fight scenes and some corrupt officials high up the food chain that need taking down (you know the type). If this recipe also includes romantic sparks between the two, and some of the rigorous military physical training we’ve seen hints of in the promos, I will be a satisfied customer.

wait Business Proposal is only 12 episodes? I'm kind of sad since this drama looks very fun so I would have liked a few more episodes but maybe it's a good idea because it can save us from a terrible angst-filled second half that most romcoms fall into when it's 16 episodes.

I too am sad that BUSINESS PROPOSAL will only have 12 episodes- But sometimes that simply means that we avoided filler.

I'm surprised that Business Proposal has only 12 episodes but not disapointed, sometime it's for the best. I'm not fan the main leads' style, their haircut for AHS and the make-up for KSJ.

My main question for Military Prosecutor Doberman is : the doberman on the poster will be in the drama? He looks so cute!

Yes,he is in the show!

Girl who is not rich pretends to be her rich friend for a blind date? I've seen that at least twice before. Hope it works out better this time than in Youth of May.

And do so many rich girls have non-rich best friends?

They had to change up the rich boy poor girl aesthetician somehow, lol.

“ Hope it works out better this time than in Youth of May. “

I think that is a safe bet.

I just checked- first episode of BUSINESS PROPOSAL is now available on Netflix. I have really been looking forward to this one.

Gonna check out Business Proposal. Looks like a classic light rom-com. And missvictrix's excitement for it got me interested. ^^

I just checked out Military Prosecutor Doberman. I came to see what Ahn Bo-Hyun is up to. Now, I'm definitely staying for Jo Bo-Ah!

I'm about to check out Business Proposal right now.

And Business Proposal is pretty awesome too! I found myself laughing way too much on the first episode.

Plus, I really like the character that Seol In-A plays here. It's the first role I've seen her play a somewhat laid back, comedic role. And I loved it!

My Monday and Tuesday nights are going to make for some good TV watching :)

We laughed a lot during the first episode of BUSINESS PROPOSAL. I agree with you about Seol In-A and her performance.

For once we seem to have a romcom which actually is a comedy. The first episode was encouraging.

Came here to make the same comment about Seol In Ah.

To be honest, I always rather disliked her characters in other dramas but she was AMAZING here. I can't wait for more of her scenes.

Military Prosecutor Doberman is really fun!Glad to have another drama to fill my Mon-Tues!
Also the OST rocks!!!

Business Proposal is surprisingly fun! I was rotf too many times for the first 2 eps. Finally a cute and silly romcom to shut my brain off and just enjoy the ride. And the VISUAL is top notch! I'm a fan of the manhwa and I think they did a great job adapting the materials. Can't wait for next week.