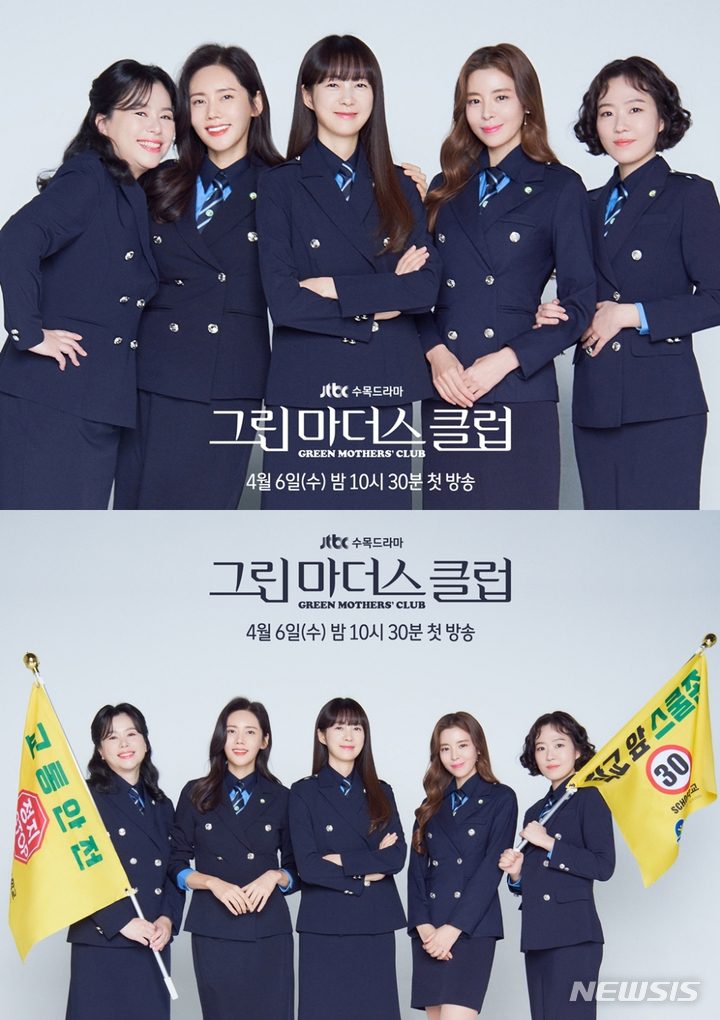 Taking a look at the social pressures surrounding child education in South Korea, the drama follows the growth of our five women as they overcome their differences and learn to be friends. At the heart of it all is their struggle with identity – being a mother and being a woman – and how that difference impacts their relationship with others.

The new video teaser begins with all the moms attending a parent session before jumping to Lee Yo-won riding the elevator. Lee is shocked when she notices the little girl’s English language homework and she explains in voiceover, “What I hate most are mothers who push their own ambitions onto their children.” Her friend tells her not to look down on other moms and we see Lee Yo-won sitting by herself afterwards while the other moms have their own party in the background. The appearing captions introduce Lee’s character: “New ‘mom’ in Sangwi-dong, the holy ground of private schools / Lee Eun-pyo, a.k.a. Dong-seok’s mom.”

Cut to Chu Ja-hyun supervising her children’s homework and then applauding their violin performance at school. Chu argues, “In a country that only believes in credentials, raising an excellent and gifted child is work that benefits our country.” The captions describe her as: “Sangwi-dong’s top ‘insider’ / Byun Choon-hee, a.k.a. Yoon-bin’s mom.” We then transition to the next mom, Kim Gyuri, who elegantly weaves a rug while she asks, “I don’t have high expectations. Why do you keep trying to divide the children into different levels.” The teaser labels her as: “Sangwi-dong’s aloof ‘goddess’ / Seo Jin-ha, a.k.a. Yang-ri’s mom.”

Fourth in the sequence is Jang Hye-jin who actively takes part in protests, fighting for an education that supports the health and growth of children. At home, she greets her children warmly and the captions read: “Sangwi-dong’s self-proclaimed woke ‘mom’ / Kim Young-mi, a.k.a. Joon-pil’s mom.” We then move onto Joo Min-kyung who cheers at a childrens’ sports game. Her husband complains that all their money goes to their kid’s education and Joo retorts, “I wouldn’t do this if our Soo-in was just ordinary.” Her tagline reads: “Sangwi-dong’s over-the-top ‘mom’ / Park Yoon-joo, a.k.a. Soo-in’s mom.”

The video then cuts to the moms visiting their children at school. The teacher calls out to Lee Yo-won’s son and Lee is embarrassed by his behavior. Off screen, a woman tells Lee, “Your son is a troublemaker and disturbs lessons.” Lee then overhears gossip afterwards that some of the moms asked for their children to not be in the same homeroom as Lee’s son because he brings down their level.

An upset Lee Yo-won fights back, asking what defines a top level and who decides that. Getting petty revenge on the other moms, Lee threatens, “Don’t disrespect my son again, or else.” The teaser comes to a close with Chu Ja-hyun asking Lee why she changed her attitude. As she smiles watching her kids play, Lee responds, “If you want to know what’s longer or shorter, you need to actually measure them and compare.” 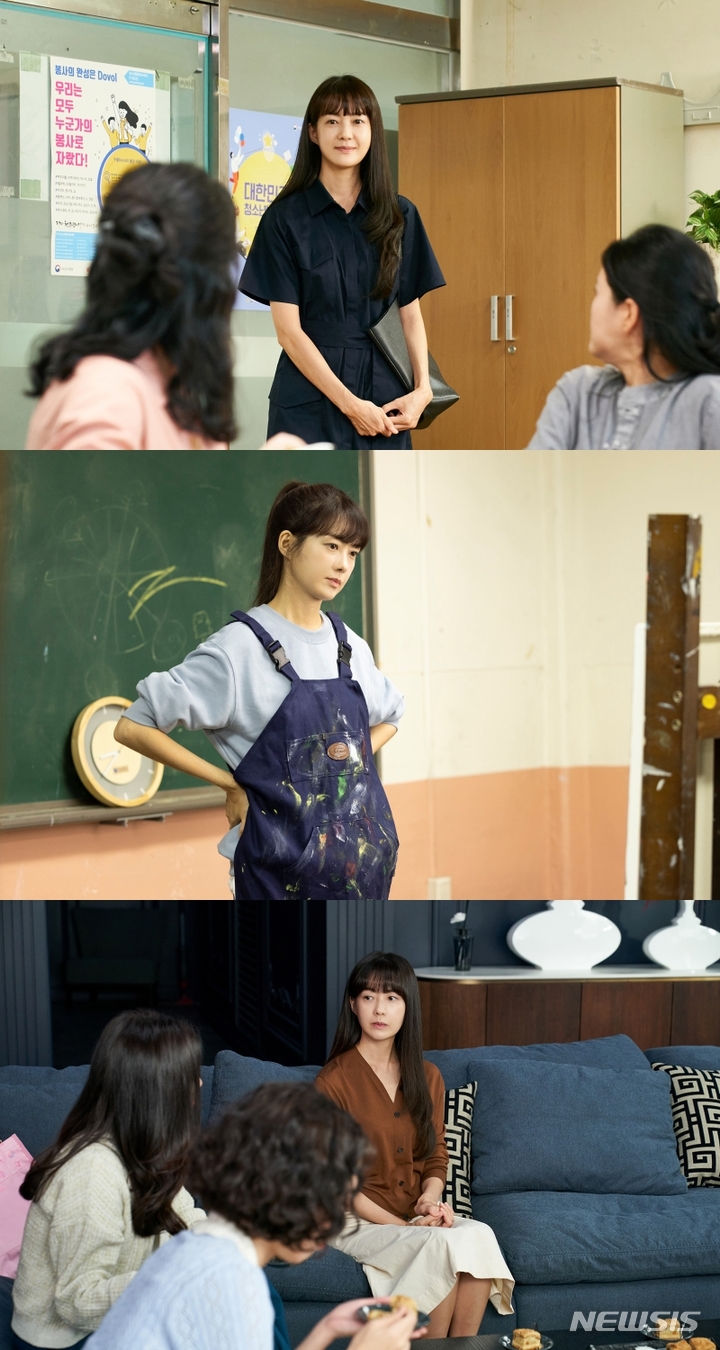 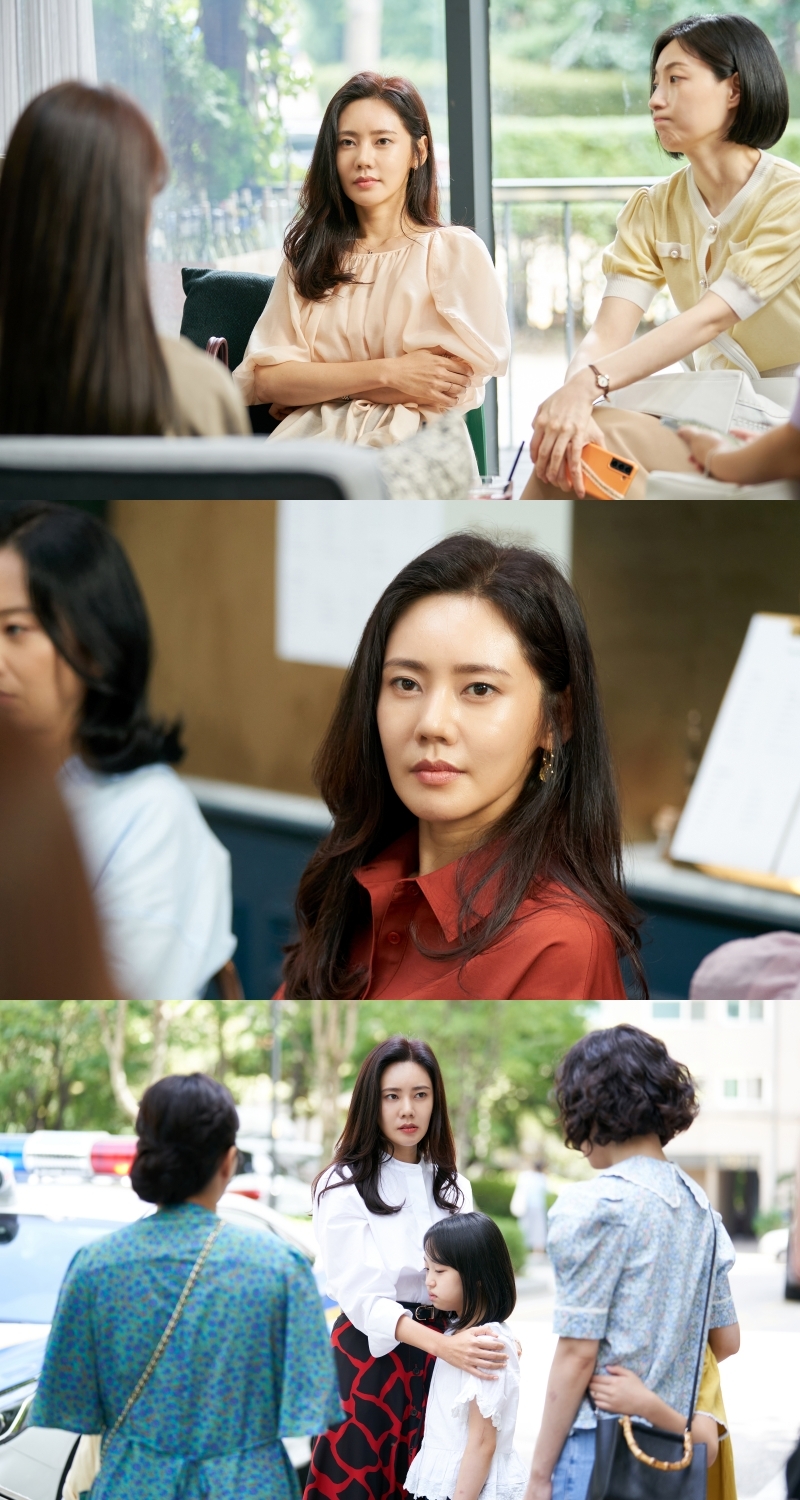 I'm loving that we are getting so many female centric dramas.

We have numerous similar dramas since Sky Castle that gear more towards makjang, including Uncle recently. Hope this one will look deeper into the issues meaningfully. It will be a big waste of the female talents here who have invariably played some good mother roles previously.

I like how, based on the teaser, this feels a lot less toxic.