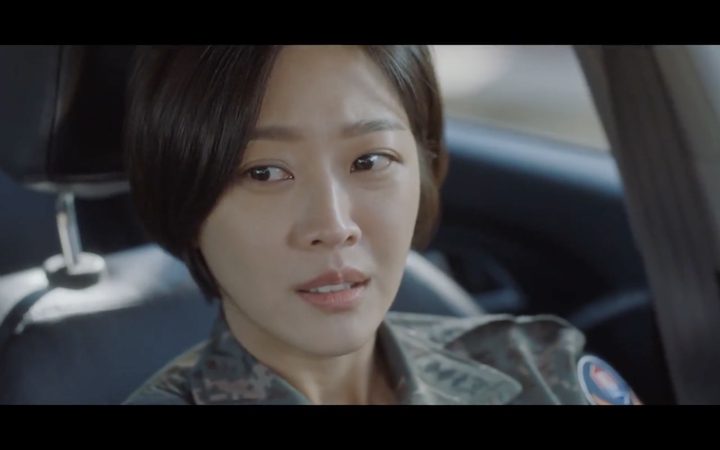 Liking the show, although it is too predictable & tropey to be the high point of my week.

Jo Boa is one of my favorites and she seems to be delivering a good performance (especially her determined face), but she doesn't appear fit and strong enough to be fully believable when she's beating people up.

These FLs rarely do or are.

She is fit…but she is petite by nature..somehow only 3rd fight was not believable but I am on board with 1st(drunk and drugged) and 2nd ep(techniques and wind wiper) fight…

I continue to like this show, but there are some things that made me uncomfortable in the third episode.

First, we know the FL is a badass. Did we really need a scene where she kicks the asses of three stereotypical African American thugs in NYC? POC are already so underrepresented in kdramas that it hurts to see that in the very brief moments they're on-screen, it's in the same old uninspired, offensive ways.

Second, I'm not sure I can get behind Do Bae Man. Initially, I thought his goal in trying to work with the Chairman was to dismantle systemic corruption from the inside. But it seems like I was completely wrong--he just wants a high paying, prominent job, even if the guy he's representing is a disgusting rapist with Mommy issues. Am I missing something here? If not, then Do Bae Man knows exactly what the chairman did and still wants to spend his life slavishly getting him out of trouble. And that's hard to swallow in a hero.

I understand that he's now going to be forced to work with the FL to bring down guys like this, but the fact that he could so easily shrug off that violent rape is hard for me to overlook.

But this what the writer supposes to meant with Do Be Man character makes him sort of anti hero and then brings to the other side.
My personal opinion: There's nothing wrong with liking money and a job because it pays good at least he is honest about it instead of being hypocritical. Like a politician said one things but being corrupt behind the back.

I could go along with the idea that it's ok for people to be motivated by greed or ignore certain types of corruption if it benefits them personally for financially. We've seen a lot of those types of anti-heroes in dramas, whether Korean or otherwise.

The problem for me in MPD is what Do Bae Man is willing to overlook on his journey to wealth and power--in this case that the guy he's so eager to protect just participated in and filmed a violent gang rape of a clearly traumatized woman and is desperately trying to prevent her from receiving any kind of justice. This isn't Do Bae Min just shrugging off some general hypocrisy or questionable behavior by the rich and powerful; it's a violent crime against a completely innocent woman.

So yeah, when he fist pumps in happiness after that criminal tells him he'll be his right-hand man, I find it very difficult to embrace him, even if he's supposed to be an anti-hero. We'll see what the writers have in store, but right now, I'm not impressed with this aspect of the story and its character development.

Putting aside Do Be Man character, seeing your reaction means the writer is knowing what she is doing.
Sometimes I'm seeing it like this I don't think lawyers or prosecutors who defending serial killer, rapist, are not going through some morale struggle when they are doing their job, but... someone has to do the dirty job, this is what makes the check and balance in judicial systems. Sometimes I think why these jobs got the high paying salary, because it is like the society needs to 'compensate' the inner struggle when they need to cross their morale compass. They may appear fine and we think they are just bad people, I think every human must feel something when they do things inhumane.

I agree I think they are trying to show a bad guy, an actual bad guy, motivated by money and not necessarily bothering good people (so a greedy self interested individual) but then he will change only because he starts remembering that trauma when his suppressed memories come back.

"POC are already so underrepresented in kdramas that it hurts to see that in the very brief moments they're on-screen, it's in the same old uninspired, offensive ways."

Yeah, I felt cringy and shameful watching it. Also, it wasn't necessary to show either. They had something like that in Penthouse S2 Ep 1 or 2, and it was extremely bad taste. Like why are we further perpetuating these stereotypes in the most obscene manner? I feel like the studio was like lets insert these trope whenever were in NYC, b/c that's the way people will know the streets are "dangerous." Smh...

I'm loving this show so far, but I have to admit that giving the RAPIST the cutesy scenes/music, coupled by the random "wow, look at these scary black men!" scene gave me the ick in a pretty bad way

ITA. I was also appalled by the scene in the victim's apartment where she was once again threatened by a man who seemed completely untroubled by the fact that she *just* suffered terrible physical injuries and obviously continues to suffer from PTSD. I mean, he doesn't even have one teeny tiny moment where he feels a little bit bad for what this innocent young woman endured? I'm really shocked by the lack of compassion from these men, including the lead and his sidekick. I'd like to think the show is building to some moral awakening, but it doesn't seem likely.

Bummer that Dramabeans is not covering it..

It’s a show that is like a roller coaster ride..giving me all the thrills and fun..I like strong female characters, the FL is crazy and smart..the situations are not predictable thought we know how story ends..

I know there are complaints that it doesn’t look real..but it’s all about techniques, speed and who they are fighting..as long as it’s blatantly visible I am fine..fight in ep 2 is my fav…

ABH is perfect for these roles…he is tall, well built and excellent actor..I love his micro expressions..with next project with Yoona looks like he is on path to top tier actor…

I am so surprised by Jo bo ah's acting. She has improved indeed. I feel like even though this drama generates not much buzz like candy cheesy drama Business Proposal, it can possibly be one of the highest rated cable drama of 2022. Cauz in ep 4 it achieved nearly 8.0%. Great acting+interesting plot we will expect much

The irony being that Jo Bo Ah turned down A Business Proposal for this show lol. I can understand from her perspective, trying to diversify her range. To which I say, good on her! I think she would have gotten more popular doing ABP, but I hope she gets that role that gives her that push to bigger things. She has the charm, looks, and longevity. She just needs that breakout role imo. While this show is a good role for her, but MPD is definitely being cemented in Korea as Ahn Bo Hyun's rise to ML territory.

I was expecting to see Jo Boa's Tale of the Nine Tailed character's reflection in her but I didn't....not much. Sort of glad I tried this one out.

I agree with @laurensophie - there's a few things that really bug me.

Personally, I enjoy this show overall. Finally, the ML is the one making a goofball of himself (ep 3 in the clothing store) and the FL is more on the upright side. Usually, it's the reverse. Here, she's using her brains and skills, not just emotions.

But WHY THE New York "gang" scene, the heck? Ok, it's true. There are Black men in NY who do steal and act all tough, but do we not know about West Side Story? A representation of the Italian and Puerto Rican gangs that exist in abundance in NY? Also, the Chinese, Columbian, Mexican gangs...you name it. STOP USING BLACK PEOPLE TO PORTRAY *BAD* THINGS. It stinks.