The promo train has begun for SBS’s upcoming Woori the Virgin, with new stills and a video teaser featuring leads Im Soo-hyang (When I Was the Most Beautiful), Sung Hoon (Love (ft. Marriage and Divorce) 2), and Shin Dong-wook (Reflection of You).

In a remake of the acclaimed American CW show Jane the Virgin, the rom-com stars Im Soo-hyang as the titular Oh Woori. In keeping with her conservative values, she had been protecting her chastity and dating a nice boy who upheld the same. But her life takes a turn when a medical procedure goes wrong and she ends up pregnant after receiving artificial insemination by mistake.

The video teaser begins with Im Soo-hyang catching a wedding bouquet and Hong Eun-hee teases that Im has to marry her boyfriend in six months. Im decides she’s not in a rush and declares, “I’m a writer. I don’t want to lose focus on my own life.” But Im is called crazy for being stubborn and gets told to just get married already. We’re shown a sequence of cute, romantic dates with a doting Shin Dong-wook and a confused Im Soo-hyang wonders, “Why do I feel unsure about marrying Kang-jae Oppa?”

We then cut to a text screen, reading: “Destiny’s joke begins!” Gathering the church choir to circle around them with candles and placards, Shin Dong-wook stages his idea of the perfect proposal. But when he gets on his knee to offer the ring and pop the question, a conflicted Im Soo-hyang hesitantly replies, “Oppa, I’m pregnant.” Amidst the stunned group, a dumbfounded Shin can only ask, “With who?” The video comes to a close on the man in question, Sung Hoon, who is partying at a club.

Written and directed by Jung Jung-hwa (The Wind Blows, The Sound of Your Heart: Reboot), Woori the Virgin premieres May 9 in the Monday-Tuesday slot. 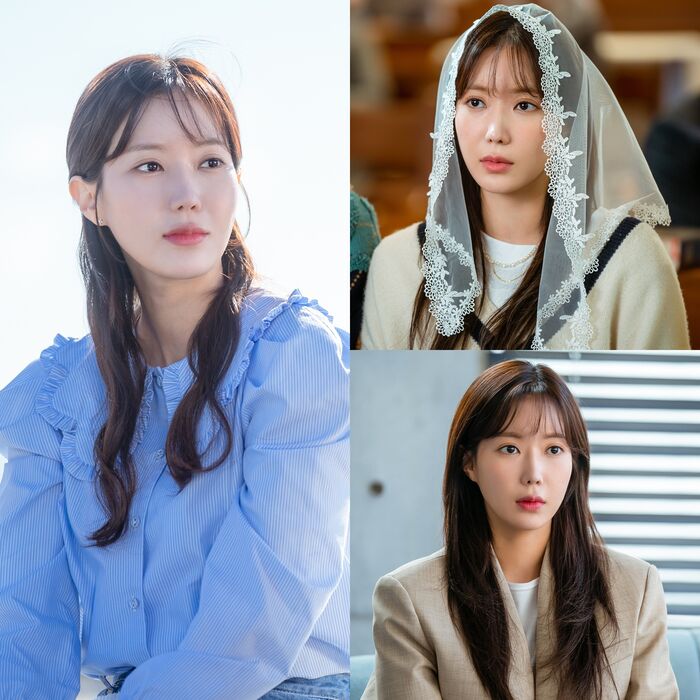 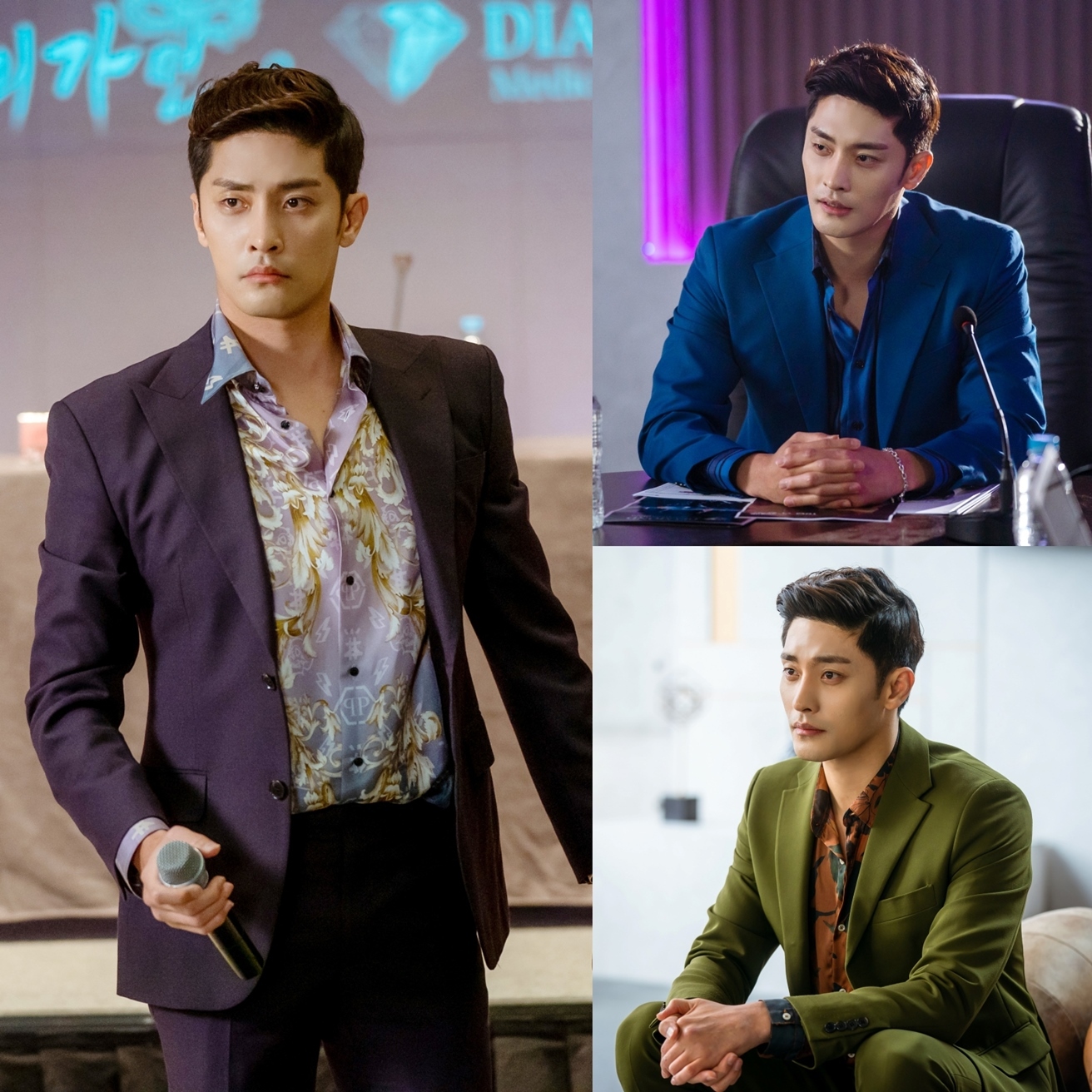 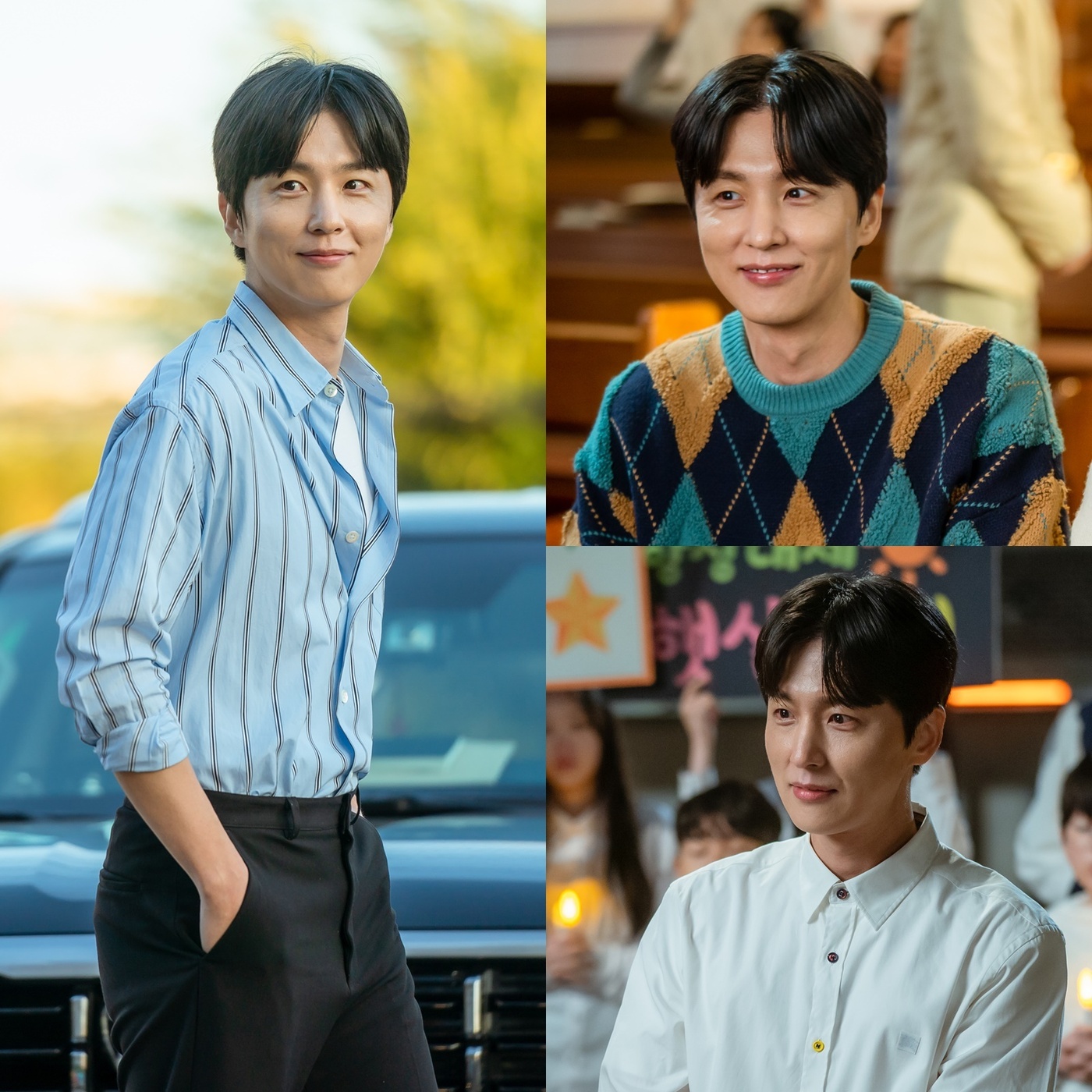 Does anyone know where we can watch this with subtitles? I loved Jane the Virgin, and hope to see a great Korean version!

There is an announcement for this drama at RakutenViki.
Unfortunately (so far?) not for my region (Germany).

Jin Joo is going to have kid with her brother in law? Scandal. (What if Hye Sun makes a cameo and we got a full Five Children reunion?).

Omg now I need a Shin Hye-sun cameo in this. Maybe as an ex-girlfriend of Sung Hoon’s?

LOL that would be great.

Actually, Im Soo-hyang and Sung Hoon starred the 2011 drama "New Tales of Gisaeng" which was very popular and it was the breakout drama for both of them, as they had great chemistry in it, so fans are excited for their reunion this time

😯 I didn't know that. Thanks for the info.

I caught that little nod to the original telenovela in the music at the end 😂
Wow, Shin Dong Wook’s voice, I had forgotten ☺️

It’s what made his priest so hot in Lookout. How memories fade! Lol!

Interesting... I wonder if Koreans know that the very first version of this drama, let's say, the original one comes from Venezuela... main leads: Daniela Alvarado and Ricardo Alamo.
I kind of watched it at the time, since I am from that country too, and I thought the idea was unique... But the execution of the story was, as usual, very annoying. Annoying secondary characters, annoying and cartoonish evil ones, dragging for long long time the story, very very annoying and toxic second leads.... honestly, it was a disaster. And the only good scenes where a few with the leads. Daniela Alvarado was a sunshine and she had a natural beauty.
I am more looking forward what Koreans will do with this story. At least, I am sure, they will give it a good sense of humor... the actors playing it look ok for me, although Shin Dong-wook is kind of too old to be considered a chase boyfriend material, but... he looks young, so I suppose it's ok.
It is also Korea. This setting is perfect for Korean culture.

Sung Hoon is smoking hot in this stills.
I hope this breaks out Shin Dong Wook properly in the industry. The man has the innocent look already. Perhaps this is a well-done character description/physique casting for their lead characters all round.

That I have to see a remake of Jane the Virgin is obvious. Even better if Sung Hoon is in it. He was the only reason why I kept watching My Secret Romance until the bitter and boring end.

Same description of me watching My Secret Romance lmao.

I also watched My Secret Romance for Sung Hoon!😂😂

I loved Jane the Virgin, at least the early seasons. I think it could be Koreanized into something interesting, but I don't trust that will happen with the casting of Im Soo-hyang and Sung Hoon. Shin Dong-wook is too good for this.

I’m just glad to see Shin Dong Wook in any role. I’m not sure if he’s purposely playing these supporting roles only because he’s not that young anymore and he’s married (maybe with a kid), so they may not require as large a time commitment.

Im Soo-Hyang and Sung Hoon are together again! Yay!! Loved Jane the Virgin and can't wait for this one!

Oh man, I'm excited for this!

Watched Juana la Virgen,the original one back in the days when it aired in my country and liked it(i was a kid and was the telenovela craze),the idea was so unique and wanted to see how it's all played out aside from the beautiful cast...
Now i'm curious what take this will have as i bet more than sure it will be founded in the korean society so hope not go with the very high level of makjang...

Huge fan of the American Jane the Virgin, so I have high hopes for this remake. I’m not too sure about Im Soo-hyang yet, but Sung Hoon as Raphael is inspired casting, it just works. I also hope this launches Shin Dong-wook into proper leading man stratosphere. He’s too good to remain unknown.

If I watch, it will be for Shin Dong Wook.

My heart cannot do this, they should have just left him dead... DEAD...

14 parkchuna is an Errant Girl not boy

So Sung Hoon is married..interesting. I’ll check this out, i like all 3 leads.