Two military prosecutors are in the job for very different reasons, but they find themselves working together to take down the corruption around them.

Two military prosecutors are in the job for very different reasons, but they find themselves working together to take down the corruption around them. 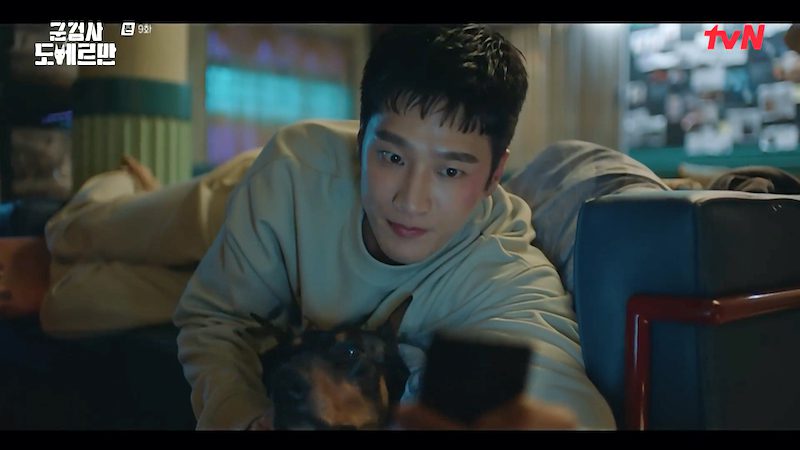 No Hwa Young truly is a scary villain and smart as well but that's no suprise considering her status and how she became the woman she is today...
I really love the chemistry between Bae Man and Woo In,in episode 9 when they were talking about hunting dogs was somehow so romantic LOL and their more emotional moment(in the restaurant/his room) from episode 10 was even better,really root for this two to end up together even if i confess i didn't watch it for the optional romance...

I was a bit let down by Bae Man in Ep 9 as why the hell would he do such a stupid move as to tell his opponent the name of the very key witness knowing full well what they are capable!

Episode 10 really shows how Bae Man ugly past comes back hunting him and him realizing the complexity of his deeds is delightful as it is poignant...

We also have a window into the military life though the eyes of No Tae Nam and is getting uglier and uglier and i'm curious about his character traiectory(doesn't look too good)...While watching episode 10 i couldn't resist think of DP...

I'm starting to see that the fall of the Patriotic Party will large be from within with Bae Man and Woo In pulling that trigger as we clearly see they would do anything to backstab each other for power and curious if our duo will use it in their best intrest...

On the lighter side Bae Man videocalling with Woo In showing her Bolt is the cutest thing EVER!

That Red room scene ( No Tae nam) towards end of epi 10 scared me. I fast-forwarded it. Any one explain what happened there actually ?

They were having sex,doubt both parties wanted it...

Anyone know the big guy's name? He's so cute

Bolt is very good pretty boy, yes him his!

I like how badassed all the women in this drama from Woo-in, Do Bae-man's aunt (she is a hoot), and even Noh Hwa-young (although she is kind of psycho).

I always think there's nothing come for free in this world, no one can have it all, you can't have he cake and eat it too. So I wonder if Noh Hwa-young feel the pressure to proof her self better from all her male colleagues so she becomes the way she is (crazy). It is not easy to raise a child as single mother, more so having successful career in a field which gives a man advantages.

I couldn't roll my eyes hard enough while watching episode 9 even if I wanted to. I don't know if the writing is sloppy on purpose or if there is something else.
Cha Woo In and Do Bae Man are incredibly dubious for people who know so much about their enemies and how powerful they are. It's almost as if they are begging to be caught!

I did like that Bae Man is now feeling the consequences of his actions when he was a corrupt prosecutor.

There's something a bit acerbic when it comes to showcasing the cases, and the way to go about it. The case that showed the worse of the military/most impactful was the secretary case in Ep 10, that was just awful. I understood why Do Ba Man ticked him off, no matter the successes he had to confront his past mistakes.

The show is straightfoward, I like that it doesn't try to be more complex and is what it is. We know its a revenge arc for our main leads, and exposing the corruption in the military. I appreciate the odd humor at times, I think it helps liven up the show. The gangster mob boss is hilarious, as is his gang. That part gives me Fiery Priest vibes. And of course Bolt! What a good doggy, I hope he becomes part of the ML/FL's life for good.

Ahn Bo Hyun is one attractive guy, even better he actually knows how to act! He's good at giving smirk and mischievous playfulness on screen. Jo Bo Ah surprised me, her turning down Business Proposal might have cost her extra popularity. But I like that she challenged herself with a grey character. I know she's good but I do wish we could see her kick some more butt. Sometimes, it does give more ample time to the ML. She can also pull off her hairdo/army uniform well, ugh some people have all the luck lol.

Oh Yeon Su (Bad Guy!) is also very commanding here, she's one scary lady. I do find it sad that the first female general is very problematic. I like when shows give supporting cast/small roles some pop to them. Its good to see those actors get a spotlight on them. The guy who plays the misogynistic general (the one who wants a massage) is quite funny/stupid here lol. He didn't stand out much in Stranger/The Veil so good on him.