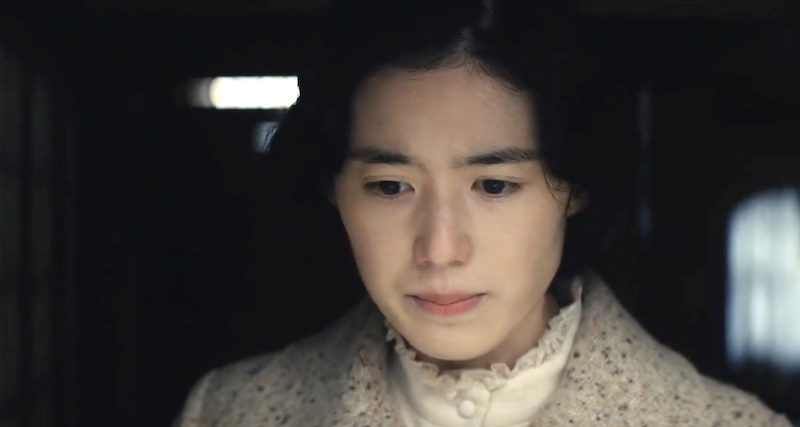 i'm obsessed... just watched this interview with the cast members, writer/producer and directors... so interesting!!
https://www.youtube.com/watch?v=sD-wpmjc_Oo

I feel like I'm watching the Korean version of Roots. Yes, I'm dating myself.

Since the "modern" bits are from 1989 and real-estate is such a central part, I wonder if we may see some of the early 90s real estate bubble collapse. If we don't, we could maybe persuade ourselves that the modern lead did the bank a favor by blowing the purchase, and the old Korean landowner missed her chance at revenge by not selling near the top. (No, I haven't read the book or looked up spoilers, I'm just applying some history and a kdrama-tuned spider sense).

This is LITERALLY the best K drama on television right now.. Way better than 25/21 ( which I loved) but NO ONE IS talking about this.. I mean have they really seen it.. its up there with Mr. Sunshine.. There has been so many emmy worthy performances. Episode 5 was a bit slower but episode 4 was just CRAZY.. Like seriously.. Kudos to the Director because he is killing it

Pachinko is very, very good and Apple will push this for the Emmys, but unfortunately AppleTV doesn't have the scale of Netflix and you're seeing the result of that play out.

Agree. It just doesn't feel like a kdrama. Still, it's crazy good

Kim Minha is so pretty, and her voice is so sexy. I just can't 🙉

I'm so in love with Sunja. She is so strong standing up to the loan sharks and the pawnshop owner lowballing her thinking she doesn't know the watch's worth. It's sweet how Hansu still looks out for her.

Isak's pillow talk made me swoon. I hope that Sunja really wanted to sleep with him and not just because her mother told her to do so ("Even though you are with child, you must see to your husband's physical needs."). I wished he had taken better care of her when walking to their house and carried her bags.

I'm glad Sunja has Kyunghee. Not only was she nice, but Kyunghee was so honest in telling Sunja that the ache never goes away. Sunja's reunion with Bokhee was moving until she learned that Donghee had killed herself.

If Hana wants to be saved, then she needs to stop being so cryptic. I thought she was Solomon's younger sister. Haruki's family made me suspicious especially when the grandma asked, "Is he a gift for me?" as if Solomon was being sold off.

I guess Sunja carrying the bags is just a foreshadow of their family dynamics. He's a sweet guy, though. Their little pillow talk was very sweet and really sold the connection between them

This drama is lacking heart for me. The way they chose to tell the story makes it difficult to feel for the characters.

For example, they "killed" Choi Kyung-Hee before we got the chance to know her in the past. So her death wasn't sad for me and couldn't understand Sunja's feelings neither.

yeah, it is irritating me that they have shuffled the chapters. it doesn't occur in this sequence in the book. it is pretty much chronological, and by characters' stories along the way...

I agree that mixing up the timeline does nothing for the drama. Still loving it, though, because the characters and the story are so good