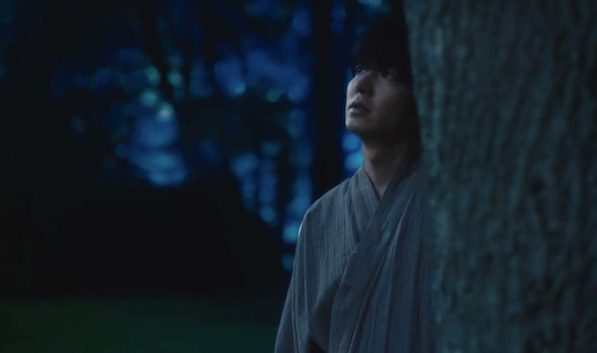 there isn't anything to complain even if you wanted to

there is plenty if you've read the book. that's my gripe.

i have read the book

I can empathize you didn’t like an origin story that wasn’t in the book. I remember sitting and watching the Harry Potter movies and being annoyed because they didn’t always follow the book to the T

So today's Hansu Special is completely new to the television series and was not in the original novel. I never knew Hansu was this much of a fan favorite. I pretty much watched the episode as the origin story of how he got the pocket watch that he gave to Sunja.

The yakuza boss was a kindhearted man. Not only did he save Hansu twice from the earthquake and Japanese vigilantes, but he also let him go to America and defended the escaped Korean prisoners against the Japanese hysteria. I wonder if Hansu will marry his daughter. I had faith in the old man that he would not betray the Koreans hiding in the barn, so it was traumatic when the mob found them and burned them alive.

This was a special episode? Not part of the 8 episode series?

No, next week is still the eighth and final episode. Special meaning a standalone episode dedicated to Hansu's backstory that was created exclusively for the television series and not in the source material.

final for season one only! they'd better do the other 3 seasons to finish the story...

(whooops)
new subscribers before funding the other seasons for production.

I wonder too if Hansu ends up marrying his daughter. I really loved watching this origin story and made me think people are not born bad, their circumstances make them so. I also enjoyed seeing a wonderful father son relationship; from the book it was obvious Hansu wanted to be a good father and give him every opportunity to his son (as well as Isak’s son).

Episode 7 is amazing in that’s it’s enlightening, epic, entertaining and highly emotional. Many critics and gp fave episode so far. Succinctly captures tragic devastation of The Great Kanto earthquake through the eyes of Hansu whilst providing missing background details of the most compelling and pivotal character in Pachinko. It makes one rethink their initial judgment of Hansu. Unless you’re a simple Lee Min Ho hater, which I find surprising as the man is so unproblematic and has a variety of roles in his repertoire. Jealousy is an ugly thing.

Even if it wasn't in the novel, a show like this would almost HAVE to put in the earthquake and subsequent massacre. Just too big to ignore, and they shed light on the whole Korean experience at the time and what Sun-ja faced later.

FWIW, the yakuza were sort-of good guys then. Per the Wikipedia article on the massacre "The police continued to assist the killings or responded to reports of murder passively. In contrast, the Yakuza, who accepted Koreans among their membership, protected Koreans from the lynch mobs."

I thought this ep did a good job of showing what happened and fitting it into the story.

"the yakuza were sort-of good guys then".
The Yakuza are still the good guys now. Except for their shady dealings. The philanthropy done by them locally during the Tohoku Earthquake of 2011 is a testament to how they've always continued to fill the gap b/w govt aid (sometimes ineffective & sometimes inadequate) and the people in need, in dire circumstances.

This episode was really good on sending across the message that humans really are horrific beings. Even with a natural disaster that killed thousands of their own nationals, the Japanese authorities still managed to utilize the catastrophe to further their war agenda. This is even more appalling when we think that such propagandas were not a thing of the past, but still widely used in present to initiate riots, wars etc., for selfish needs. Desires that won't even matter in the end when our future generations become extinct due to climate change. Sigh!

I am ashamed to say I never knew about the Kanto earthquake until this episode. As I watched, I kept thinking about the horrific sufferings people throughout history have experienced. And currently are experiencing. It does make your heart burn with anger on the cruelty of man, but at the same time leave you in awe of the resilience of the human spirit.
I thought Lee Min-ho did a fantastic job. I'm not a LMH fan nor a hater, so this is coming from a place of neutrality. That scene where he was following the American family and got hit and fell and cried out was done very well. Previous to this episode, I didn't like Hansu’s character, and still don't approve of a cheating married man, but it does give me a different perspective.

i hope everyone is aware that this first "season" of 8 episodes is only 1 of a planned 4 total seasons = 32 episodes. so the story will not end with episode 8 that will air next week.

regarding production/filming of the other 3 seasons, nothing has been determined/given the go ahead yet.... i HOPE it gets funded and produced, otherwise, the story is left hanging in mid-air....

It doesn't seem to be getting much viewer buzz, not in the way Apple+ breakout series have. I think it will get nominations come award season, which might earn it another season, but I'd be surprised if four seasons happen.

i know!!! i'm worried, because i really loved the book and i think the story should be told in its entirety...

but i have to say again that i'm having a hard time with the chapter shuffle and the addition of so many new characters and changes of circumstance/situations that the screenwriter/producer has introduced in the tv drama...

To me, there is one reason why Pachinko not getting the buzz the way other Apple+ breakout series have (Ted Lasso, The Morning Show) and that is because this show is focused on experience of Asians (specifically Koreans), not even Asian-Americans.

Historically, this episode was interesting. I liked the settings.

But for the drama? I don't understand why they thought Han-Su needed a full episode. The last episode was about Hana, now Hansu... They should focused on Sunja.

In the promotion, they focused too much on Lee Min-Ho like they wanted to romanticize his role... Hansu is a jerk and should stay that way.