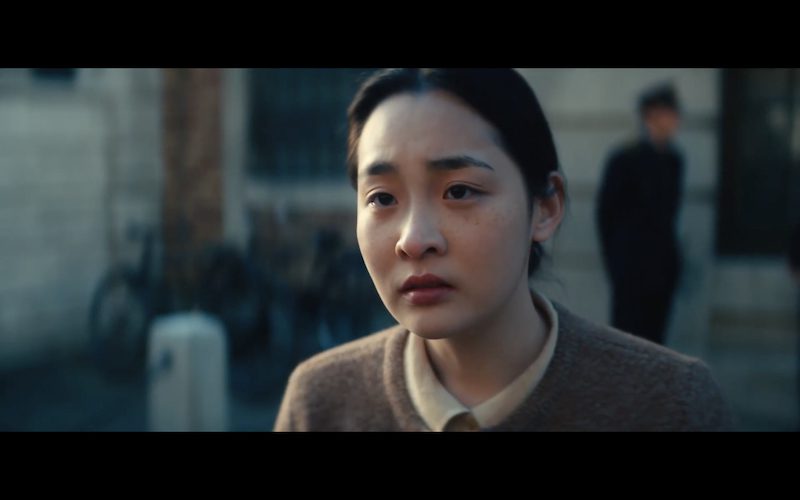 I'm glad it was renewed though what they've said they want to focus on in S2 gives me pause.

it's so chopped up already, i worry that they won't be able to put it back together to bring some cohesion to the original story, but i'm willing to suffer thru all the seasons with my fingers crossed...

I finished the last episode and felt that as a viewer I would have given this gem a 10 if only the story was told in a linear fashion just like the book. I was so immersed with Sunja's family, how she was born and raised as a child and later how she fell in love as a naive young woman. I could only give it 6.5 because when the story goes to the present it makes me totally want to just watch Sunja's arrival in Japan and how she endured and made a life there. The old Sunja's portrayal is wonderful, it's her grandson's character who I felt is not just connecting with me.

I wish the whole 8 episode just focused on Sunja. The lead actress is just impressive since it's her first lead role. She shined as Sunja. They could have just made a season two. But it's apparent from how they split the story from past to present, the creators have no desire to make another season since it was so expensive to make.

I understand why the direction went for the constant shift between Sunja's story and Solomon's story. From the little documentry at the end of Ep 8, it was evident they wanted to viewers to understand the luxury the present generation enjoys thanks to the sacrifices of the older generation, but that is not a reason to invalidate the discrimination still faced by the current generation as seen in Solomon's story. Solomon thought if he followed their rules, they would embrace him, but his background was still an hurddle to his succession.

I didn't read the book, so I thoroughly enjoyed the series as it is. It is noteworthy.

I agree, the switches to present day was constantly breaking up the show's momentum and taking me out of the story. I understand this show is about the generations of Sunja's family and that was the function of the present day storyline, but it was the weakest part of the show for me. None of the characters in the present (tbh especially the grandson, his arc bored me to tears and I found myself skipping past all of his scenes) had the charisma that Sunja's actresses did.

This was nothing short of brilliance. The actors were all wonderful and the plot didn't seem wasted anywhere except for Hana's story, whose purpose still eludes me. I'm looking forward to season 2.

I’m so happy Season 2 was just announced! How awful if Apple had kept us viewers hanging like that!
For me, the most touching scenes this week were between Hanna and her mother at the hospital, and when Noa was running after Isak. That child actor who plays Noa is wonderful.
How beautiful is the actress who plays Hanna? Even made up to look like she’s on the verge of death, she’s still beautiful.
I enjoyed the documentary at the end. Those seasoned souls have endured so much, yet their still upbeat.
Don’t care for the choppy editing. It’s like they placed a newbie or intern in charge.

As much as I wish the timeline were linear, I still would've been more invested in Kim Min-ha's Sunja over Youn Yuh-jung's Sunja. I loved her character for her strength, ability to adapt and overcome adversity, but older Sunja was just living and glumly at that. I cared for her relationships with husband Isak and sister-in-law Kyunghee, but never connected with grandson Solomon or son Mozasu.

My favorite scene was Sunja selling kimchi, which was another example of how strong her character is. When she asked Noa to translate Yoseb and the police officer's and Hasegawa and his daughter's conversations, I was surprised that she hadn't learned Japanese, but she did know how to speak it at the market.

My heart sank when Isak hadn't picked Noa up from school for fear that he had died, but his being arrested is as good as dead. I had hoped that Sunja would find Hansu to help free Isak, but she would never get involved with him. Hansu clearly knows as he still looks after his son. Mozasu's foreshadowing that his brother turned bad breaks my heart. I wanted to cry for Noa's cute bullied friend after the bullies stepped on the poor boy's glasses.

I really liked this series, but I can't wait one year to watch season 2, then another year for season 3 and another for 4. I can't see myself committing four years to one drama.

This drama should have been the story of Sun-Ja but I never could connect with this character. It's like if she was a guest in her own story. I didn't specially like the actress, I found her plain without any charm. I didn't need a beauty but someone could make me feel the strength of her character, her will to live. I never could connect the 2 actresses as the same role neither. It was like 2 different characters for me.

I didn't find Lee Min-Ho suited this kind of character. He wasn't bad but he didn't have the charisma to pull this role.

Jin Ha was good in this role, acting in 3 languages is a challenge.

I really liked Noh Sang-Hyun in the role of Isak, the actor did well to show his physical weakness and his moral strength.

In a general way, I liked the past - present stories parallel that showed how the world changed and so fast, like the scene when they prepared the rice one on a fire, the other one in a ricecooker.

But for the story, the parallel was really not good for the development of the characters. As a person who didn't read the novel, switching so often between the past and 1989 made me disconnected from the characters. They focused on some characters like Hansu and Hana when they should have focused on Sun-Ja. I didn't like the last time jump. For example, we couldn't see her becoming a mother, what it changed for her, etc. It was like they needed to rush the story for some reasons.

I don't think I will watch the second season.

Overall, I got the impression that the drama is a bit disjointed and more than a kdrama, it feels like an American show. But it is a great show! I was really invested in young Sunja, and her new family. The past timeline was gripping, and I even found Lee Minho pretty solvent as Koh Hansu. He did a great job in his standalone episode. Like many Beanies pointed out, I think the timejumps do nothing for the show, but here we are.
The lovely ahjummas in the documentary made me tear up and go have a look at the situation of Zainichi Koreans. For crying out loud, there are 4th generation ZK born in Japan who still aren't allowed to be civil servants! Immigration laws are wild everywhere, but, really, making people individually go through several hurdles and abandon Korean nationality in order to be a Japanese nationals instead of providing a nationality solution for the whole collective (we're talking about 598,219 persons in 2006, according to the wikipedia page) is really wild. No wonder one of the ahjummas told how she pushed her children to assimilate. This drama shines a light on the plight of this minority and I'd love to know how it's being received both in SK and Japan

Adapting epic historical sagas to modern entertainment can be challenging and it seems the biggest trick to keep viewers engaged is constant time jumping. I don't know when and why linear story lines fell out of favor with film makers, but I do know that there are so many ways to cue the viewer in on time jumps (labels--duh, dhanges in color palettes, blurring, etc.). I read the book when I learned it was being made into a mini-series. Some of the differences are really good, like episode 7's backstory on Hansu. Looking forward to season 2 as there is lots of the original storyline to share.