Netflix’s Money Heist: Korea – Joint Economic Area is now just a week away and we get a good peek at our hefty ensemble cast in the new posters and video teaser.

Against the backdrop of a newly unified Korea, the infamous Professor – Yoo Ji-tae (When My Love Blooms) – has assembled a motley crew from all over the country and masterminded a heist on Korea’s Mint Bureau.

His team includes Park Hae-soo (Squid Game) playing Berlin, who hails from northern Korea and is mainly in charge of handling hostages. This allows Jeon Jong-seo (Mona Lisa and the Blood Moon)’s Tokyo to keep her eyes on their target, putting her North Korean army training to good use.

We also have the father-son duo of Moscow, played by Lee Won-jong (Fly Dragon), and Denver, played by Kim Ji-hoon (Flower of Evil). They come from the Kyungsang province in Korea’s southwest and are responsible for the escape plan.

The drama’s main video teaser begins with Tokyo’s back story, explaining how she ended up joining the Professor’s team. The Professor then comments on the economic divide between the poor and the rich, revealing his plan to steal money from the nation and disappear.

While Kim Yun-jin’s character starts negotiations with the Professor, law enforcement groups close in on the facility and get ready to counterattack. Inside, our criminal team celebrates after breaking into the cash vaults and the Mint’s general director panics.

Flashing back to Moscow wisely advising that plans can go wrong, we see tensions arise between the heist members as well as the hostages, and both the Professor and Kim Yun-jin’s character express their frustrations. The teaser then closes on the Professor’s proclamation that they’ll be making history.

The series was directed by PD Kim Hong-sun (L.U.C.A.: The Beginning, Voice), and scripts were penned by Ryu Yong-jae (Monstrous, Liar Game), Kim Hwan-jae (My Holo Love), and Choi Sung-joon. Part one of Netflix’s Money Heist: Korea – Joint Economic Area releases next week on June 24; the second half will be launching later this year. 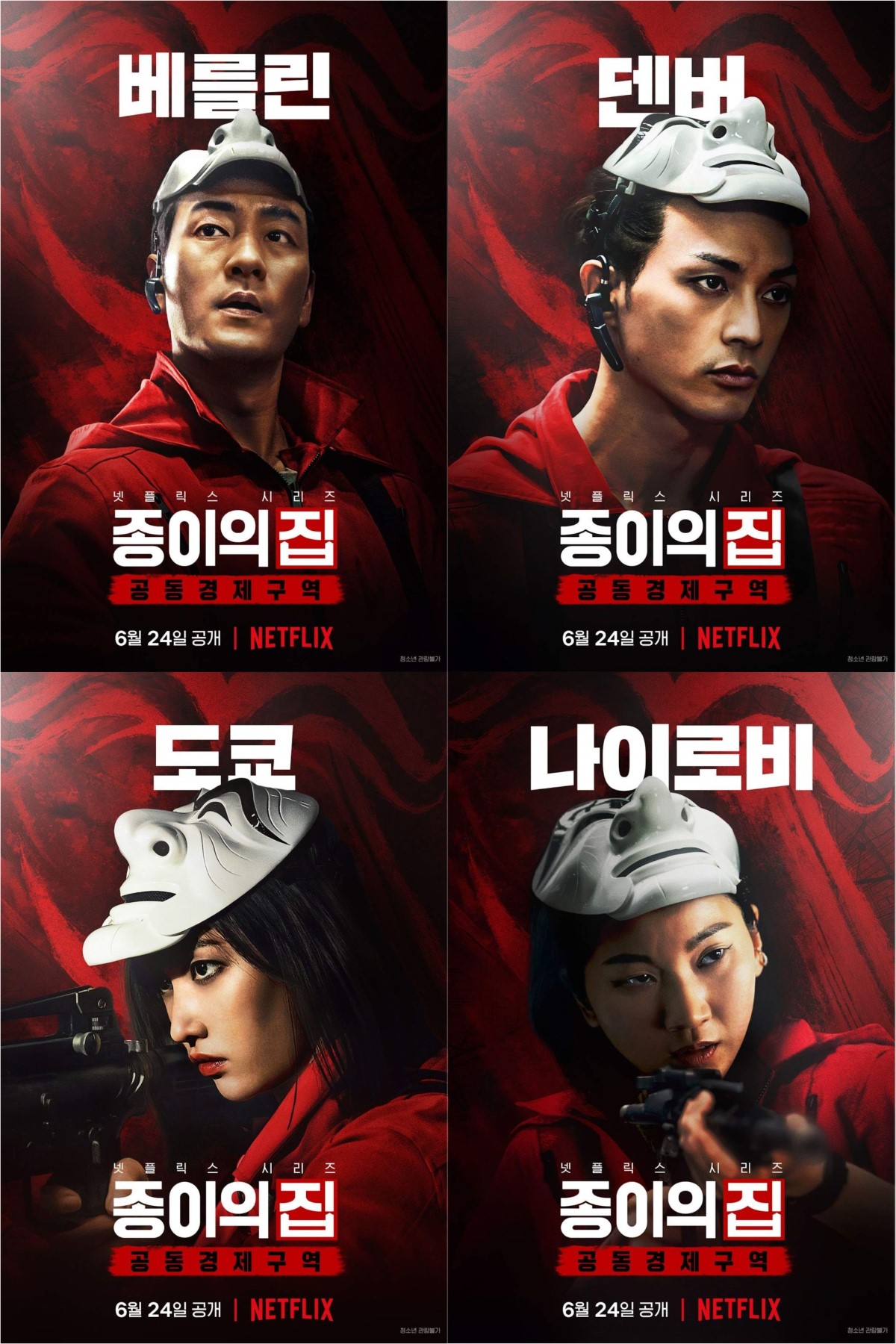 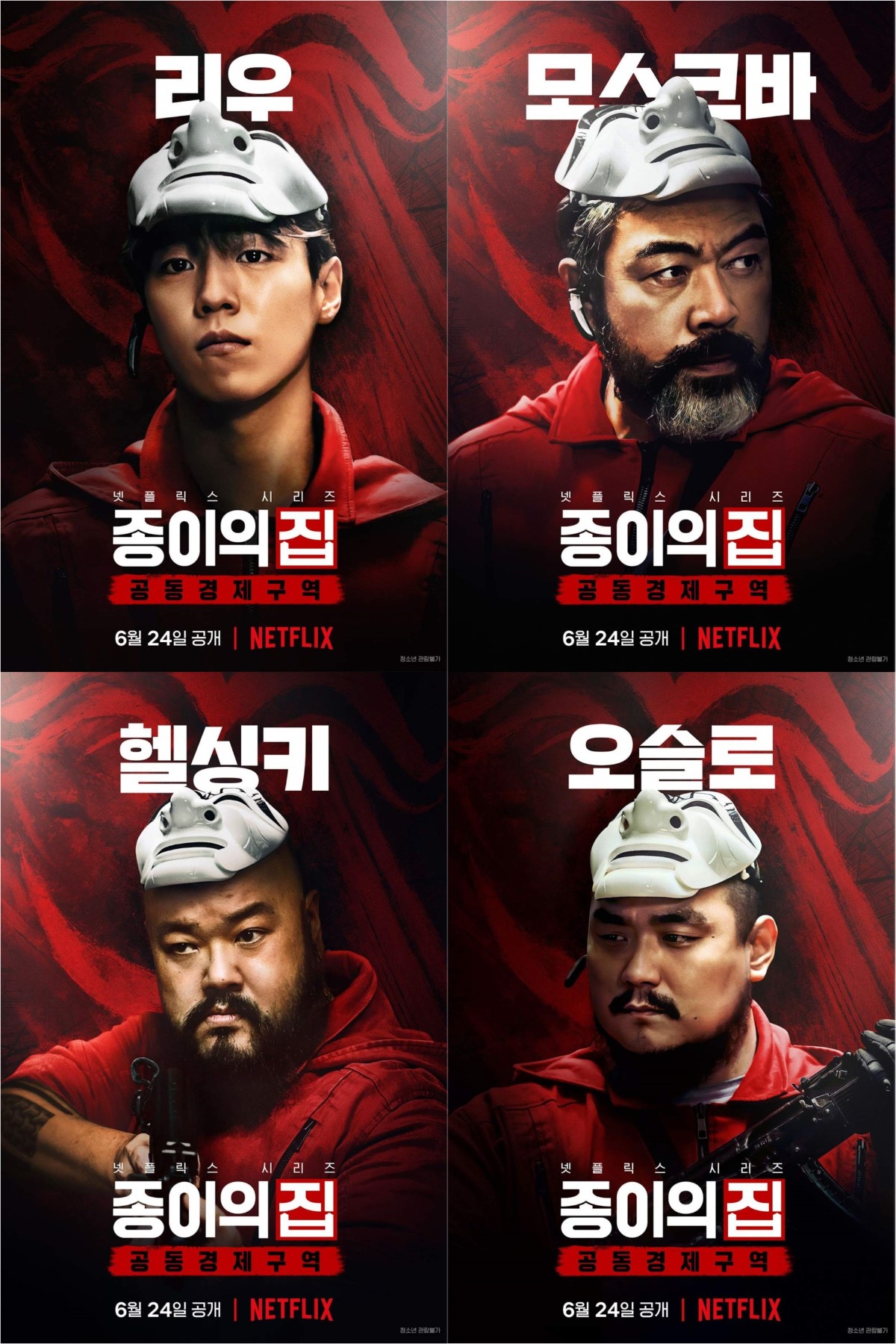 Honestly, this show doesn't interest me that much, except for the Reunification premise- that's the most interesting part to me and MAY (or may not) be enough to get me to watch it.

The eastern versions of western reboots haven't been working in their favor as of late.

And this is gonna be tough because the western version is strongly serialized over several seasons and if the Korean network only commits to 1 season w 16 eps, how is this going to go plot wise?

I didn't like the original one. But the casting in this one is really great. I like the fact they adapted the story to match their country. So I will try. I hope it's only one season! But after the announces of a second season for D.P. (I'm happy for this one), Squid Game, All of Us Are Dead, Sweet Home...

I'm hoping I can watch this to the end. I stopped after episode 1 in the original.

I wasn't a fan of the original so giving this one a pass.

I liked the original and think this could certainly work as an adaptation. I wonder how different the characters will be from the original because I can't picture Yoo Ji-tae and Park Hae-soo as the Professor and Berlin.

I loved the original Money Heist. It was the type of binge-worthy drama that makes you stay up all night to watch and then show up at work/school the next morning like a zombie.

Got my calendar bookmarked for this remake and might throw a watch party for it.

In an ideal world, Korean and Chinese shows should have Western remakes, not the other way around.

Ever heard of The Good Doctor?

yes, but i would like the remake of masterpiece like SWDBS, My Ahjussi, The Bond or Waikiki. And with the cultural BS dominating the West, it is impossible now.