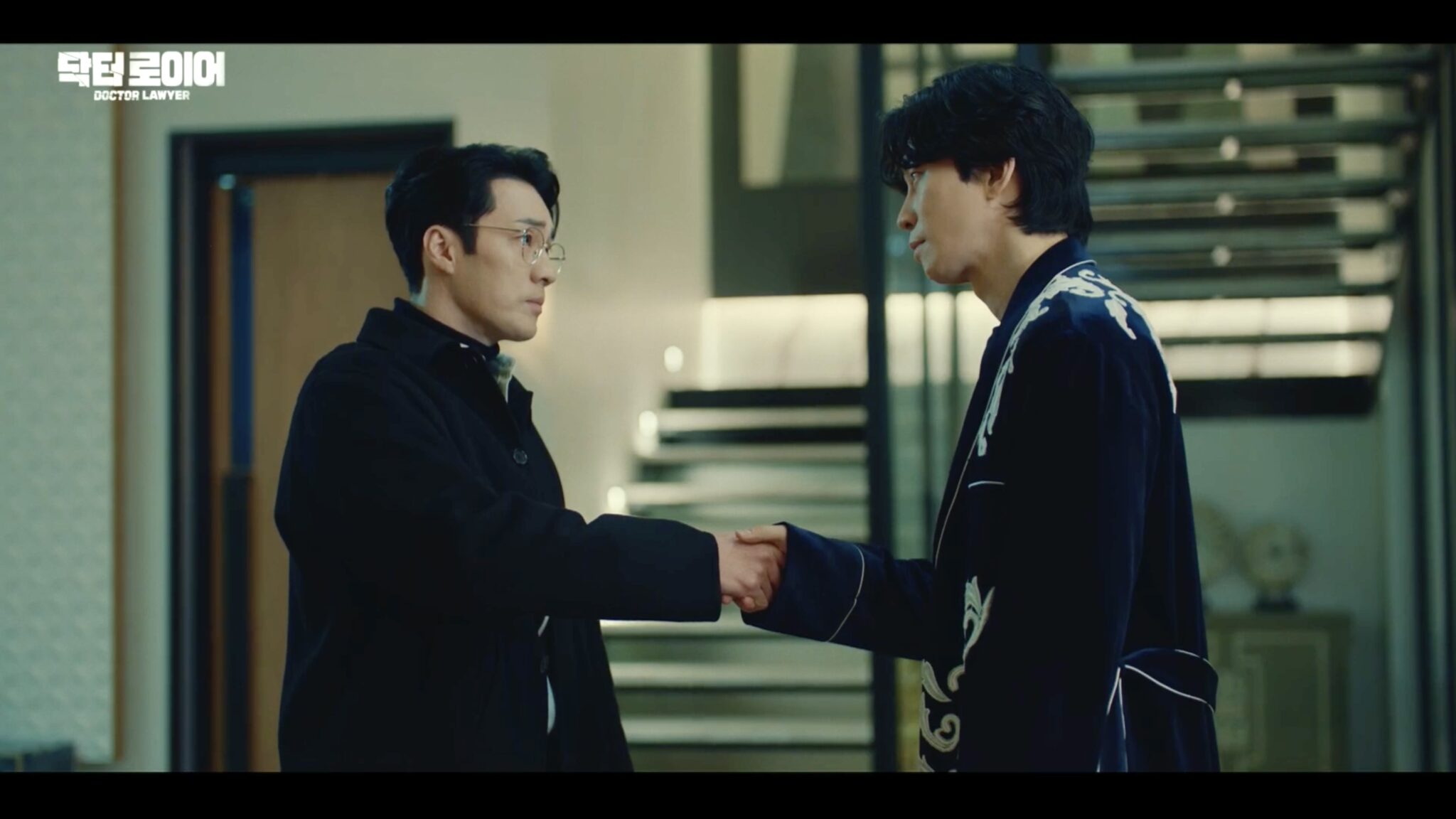 Our hero forges ahead with resolve, determined to whittle away at his enemies until he has them cornered. They don’t plan on making his job easy, though, and he’ll soon find himself coming up against one roadblock after another. 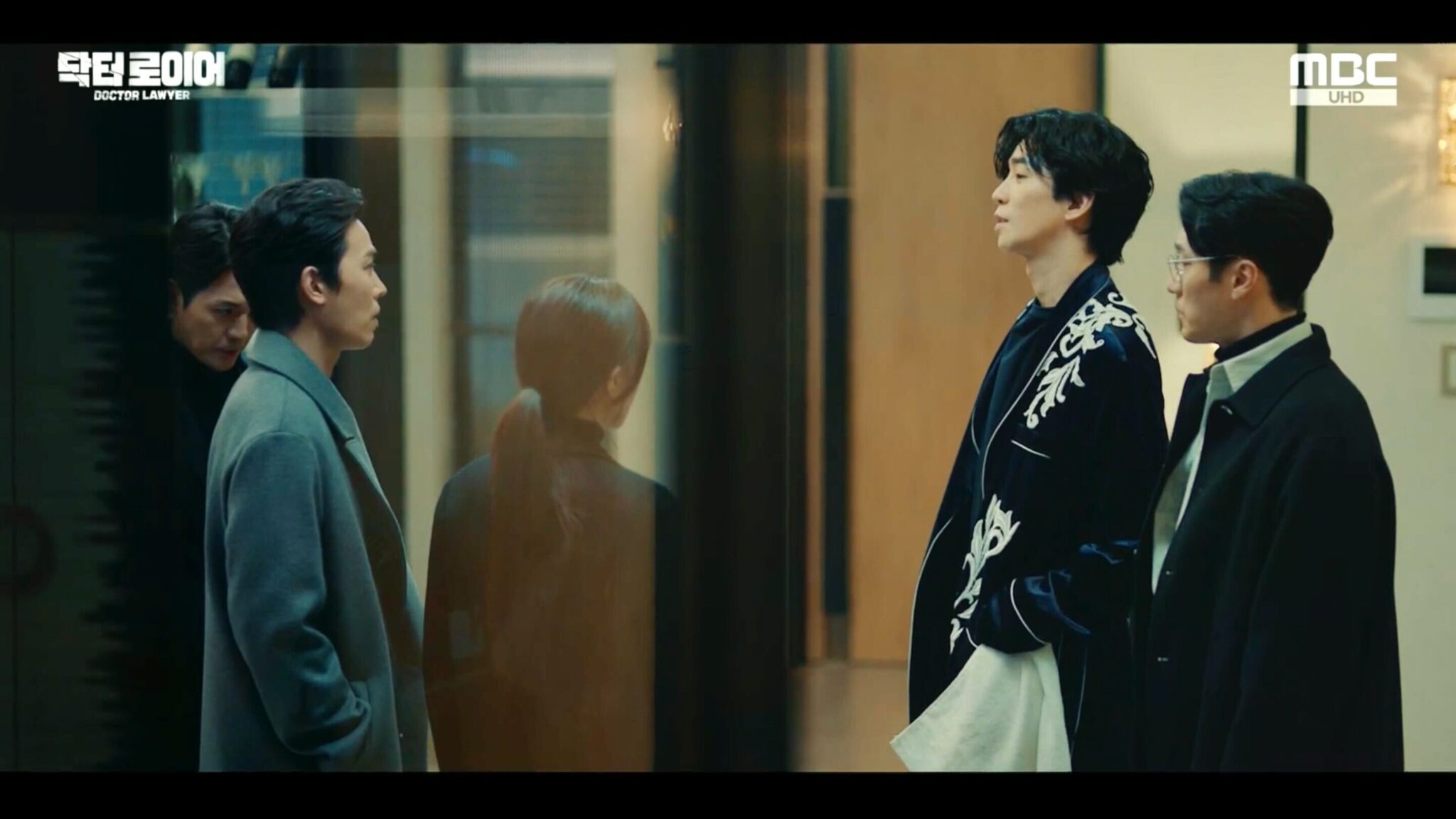 In order to treat Jayden and Yoo-na’s drug overdose, Yi-han requests for two hemodialysis machines. Jayden’s aide gets them for him, but it draws suspicion from the hospital’s assistant director LEE DO-HYUNG (Choi Deok-moon). On top of that, an anonymous tip has Seok-young heading to the Banseok penthouse to investigate.

Hyun-sung hears about this, and seeing an opportunity to take Jayden down, he lets Seok-young in using the master key. Phew, Jayden regains consciousness just in time, and both he and Yi-han attempt to play it off casually.

Seok-young discovers a discarded naloxone bottle though, and Yi-han entreats her to keep mum. Revealing that Seok-joo was in fact murdered post-surgery, he asks to be let off the hook so his five-year revenge plan doesn’t go to waste. 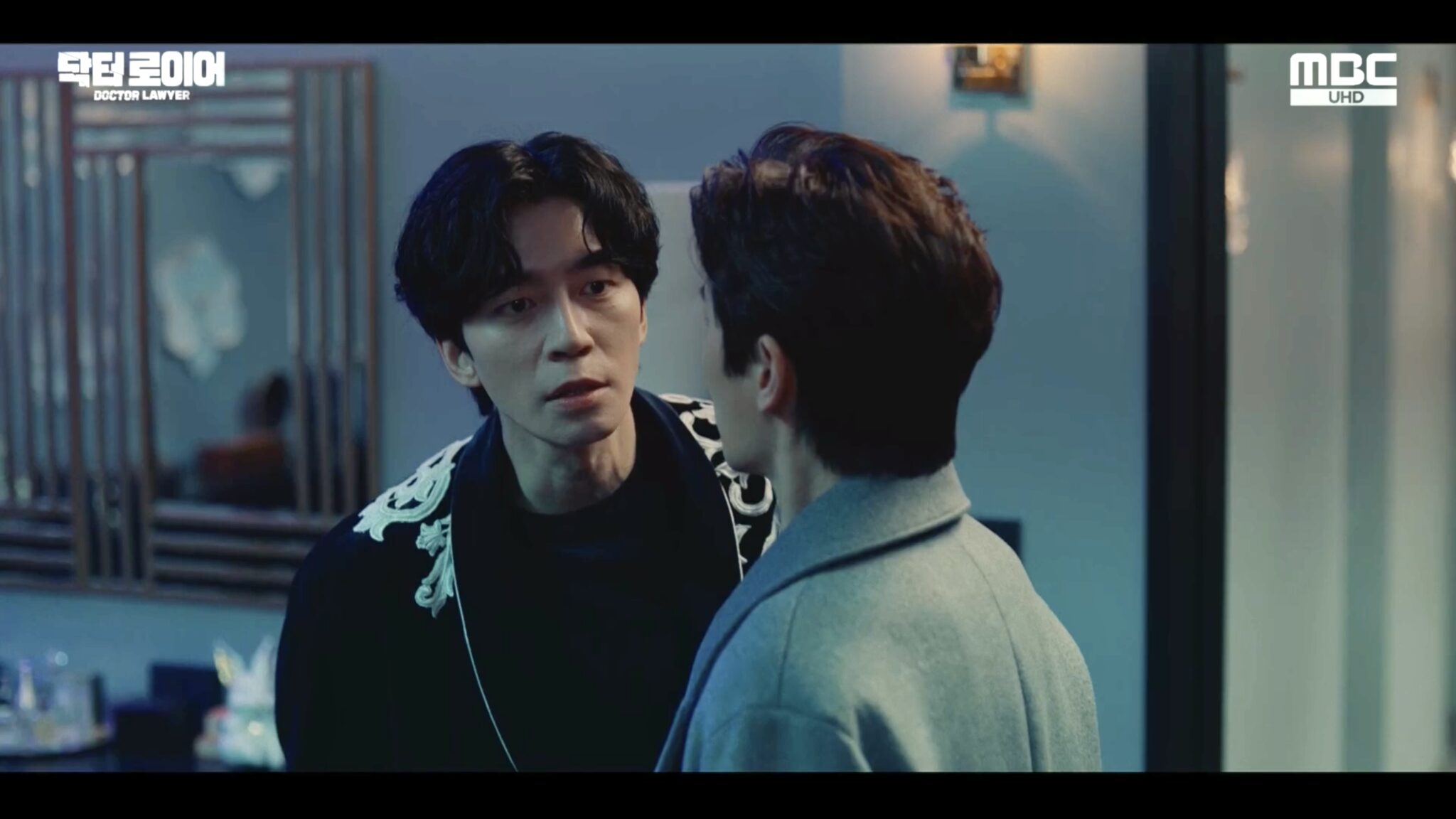 Meanwhile, Jayden catches Hyun-sung about to enter the bedroom that Yoo-na is still asleep in. Instead of diverting his attention away, Jayden holds up Yoo-na’s earring with a smug smirk. Whoa.

He tells Hyun-sung to open the door if he dares — both Seok-young and Yi-han have it out for Banseok, so he can go ahead and give them fuel to take him down with. My, how the tables have turned. Seething with rage, Hyun-sung storms out. 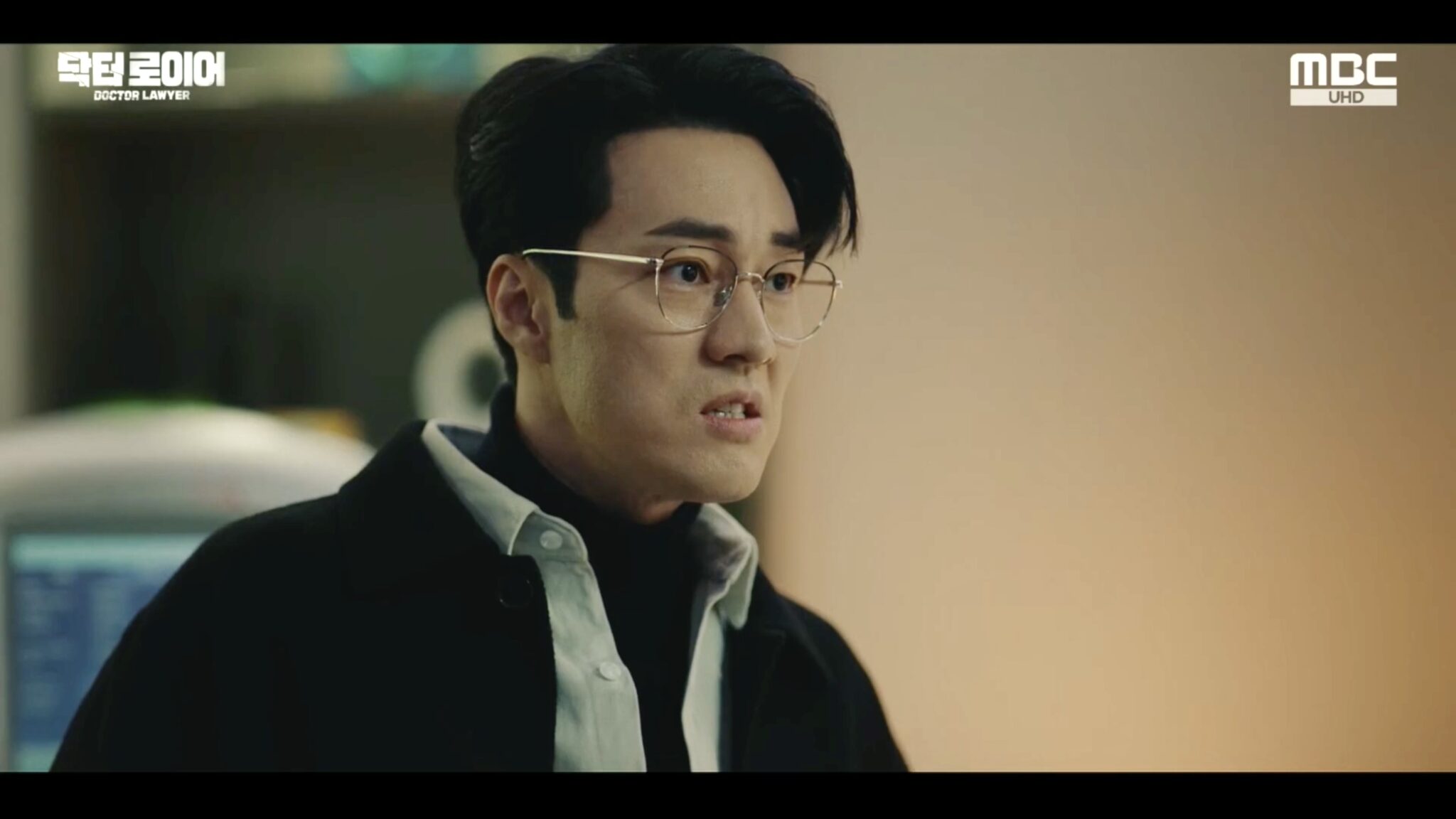 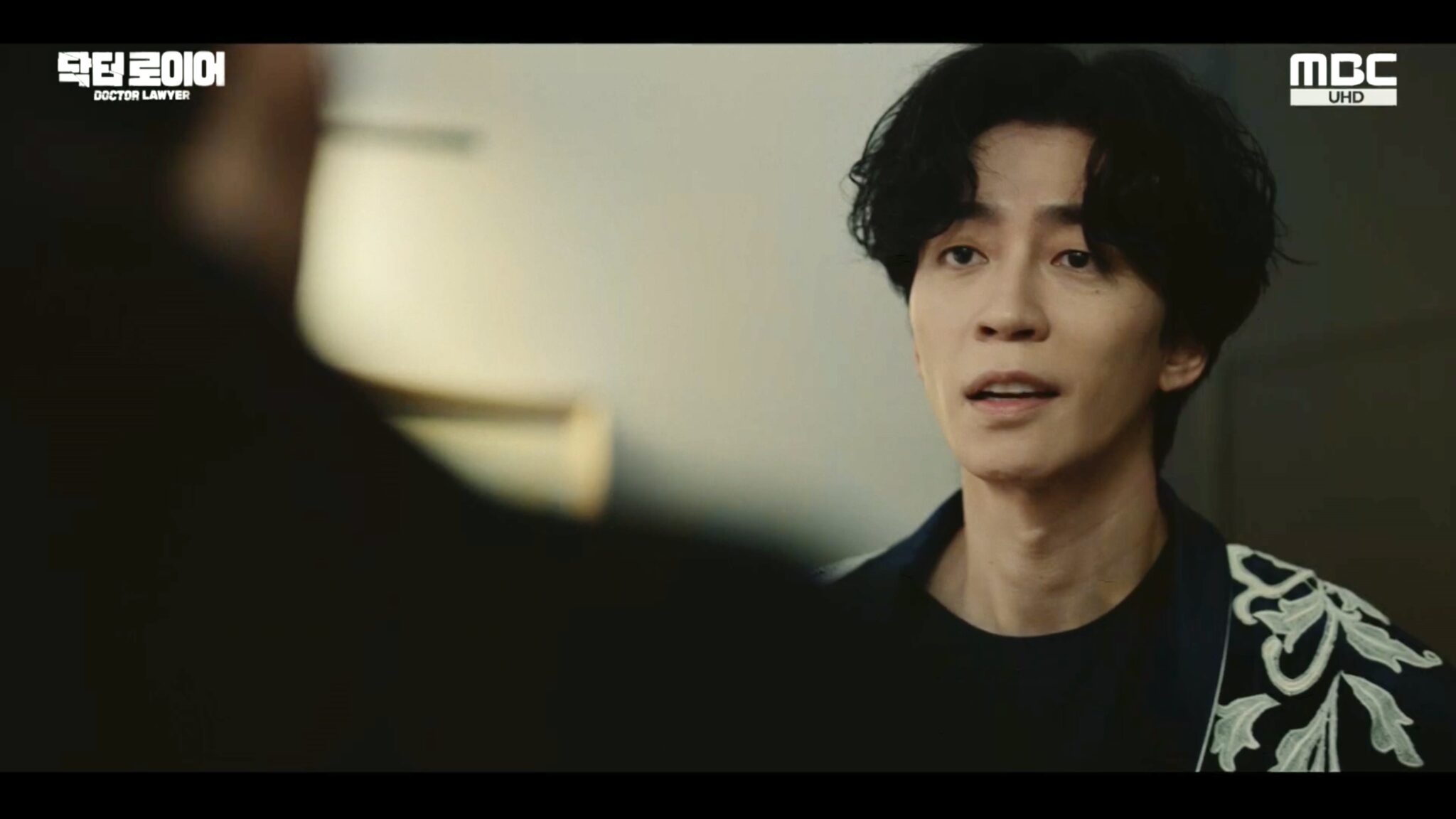 Once everyone’s cleared out of the room, Jayden thanks Yi-han for saving his skin, but Yi-han reciprocates with a punch to the face. He accuses Jayden of tipping off the prosecution and setting Yi-han up, and Jayden grins.

Praising Yi-han as talented, Jayden makes an offer — he wants Yi-han to work for him. In exchange, he offers to get Yi-han’s medical license reinstated.

It’s a sweet deal, and Yi-han agrees upon the condition that Jayden doesn’t do drugs again. 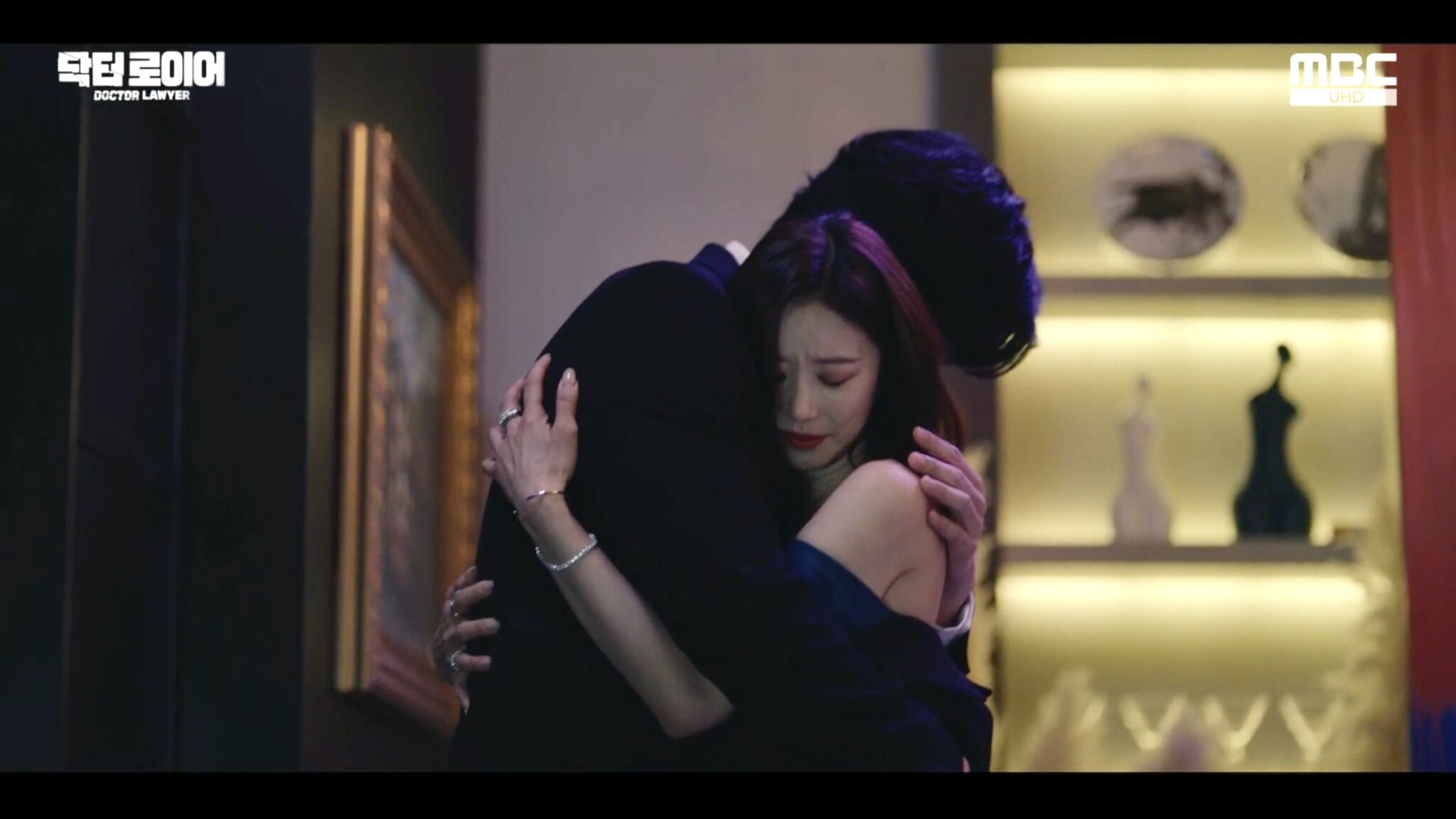 At Yoo-na’s inauguration ceremony as the CEO of Banseok’s research and development center, Hyun-sung is still knee-deep in suspicion. He demands to see for himself that she’s wearing both earrings, and to his surprise, she is.

How did she show up with a complete pair of earrings, though? Well, Jayden bought the exact same pair for her. They rendezvous again that night, giggling over thoroughly making a fool out of Hyun-sung. 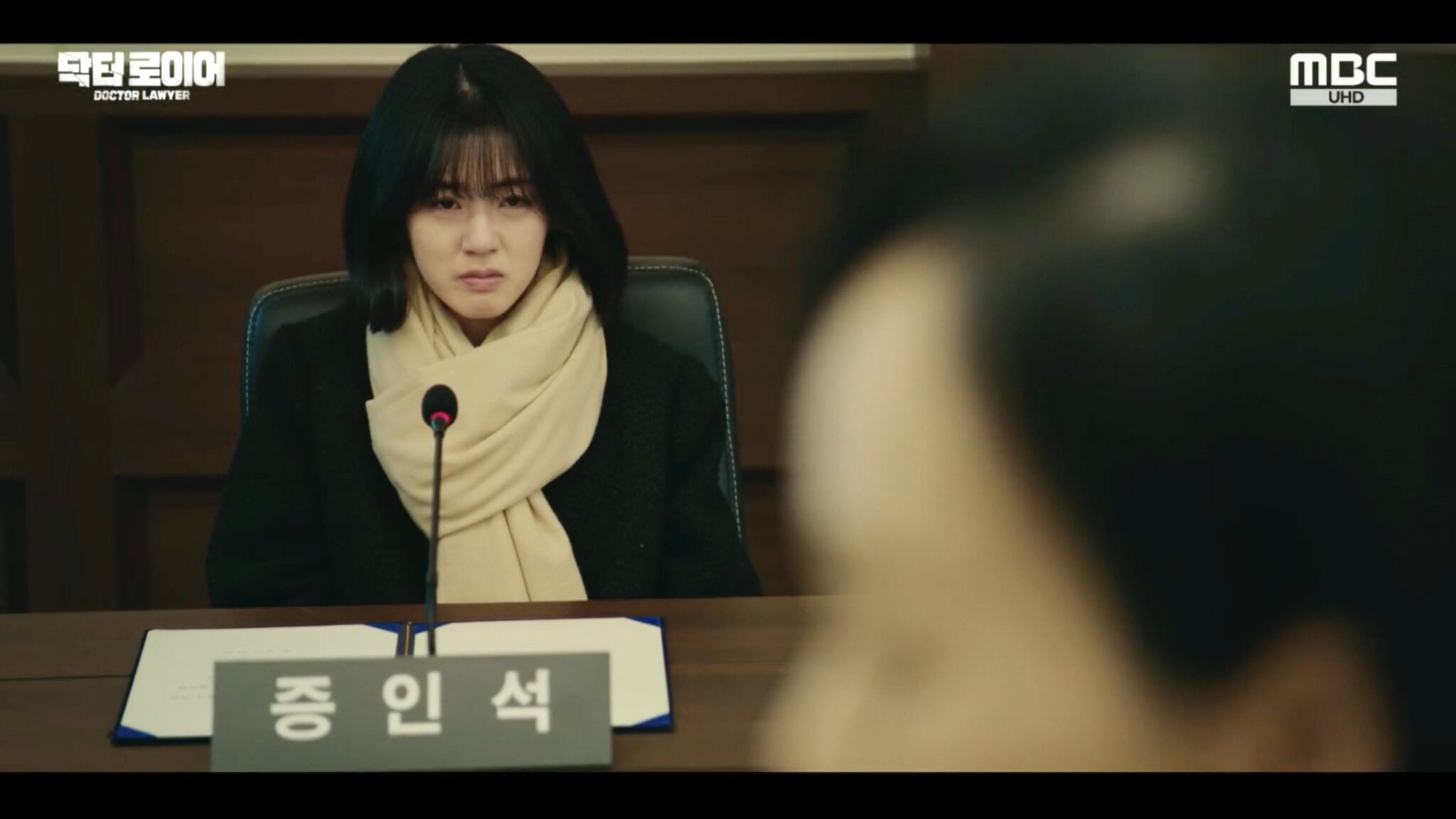 Malpractice victim So-yeon posts a video exposing the horrors that she had to suffer through, and feeling threatened, Chairman Gu has his lawyer PYO EUN-SHIL (Woo Hyun-joo) make an offer of a billion won. So-yeon’s mother holds steadfast to her principles, though, and she rejects the money to protect her daughter.

The case is taken to trial as a civil suit, and So-yeon testifies about both the malpractice and the bribery. However, Eun-shil reveals that So-yeon suffers from a delusional disorder, and uses that to diminish So-yeon’s credibility.

Desperate, So-yeon screams out, “Director! A VIP patient is coming in!” Those were the words she heard while in surgery, and So-yeon reveals that Hyun-sung left partway and had another surgeon take over. 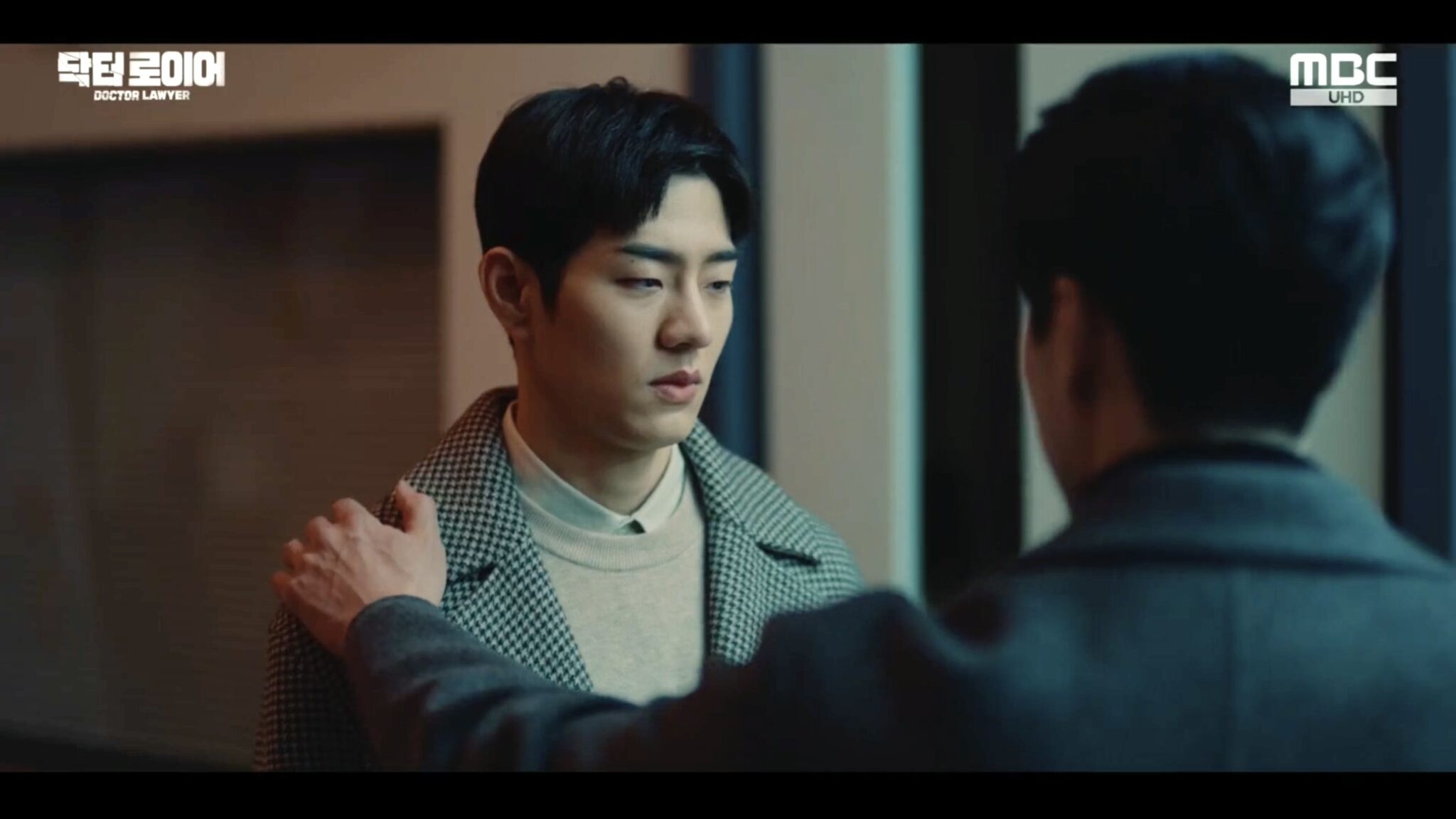 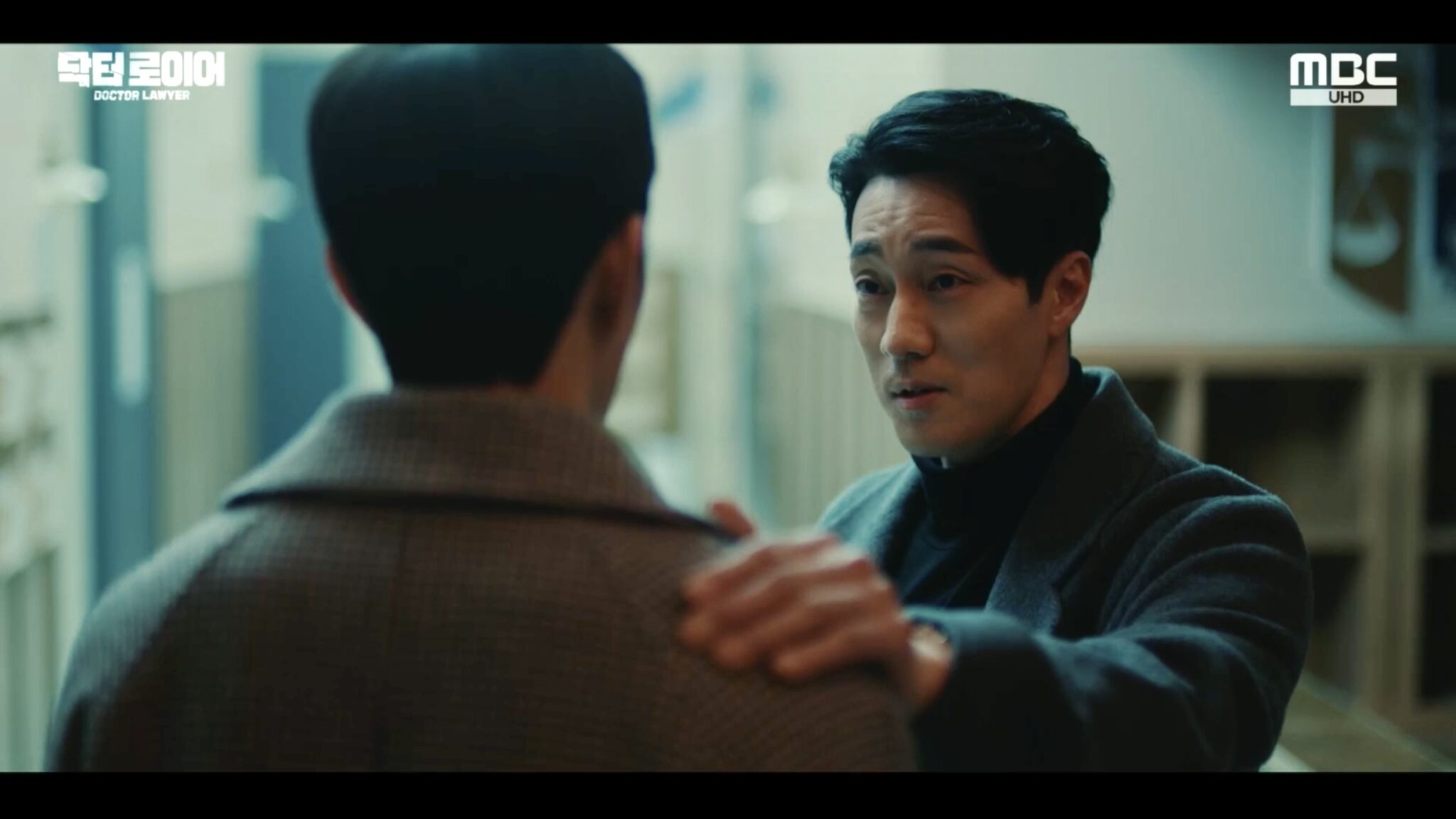 That’s the perfect avenue for Yi-han to make his case, and he brings in CHOI YO-SEOB (Lee Seung-woo) to testify — he’s the ghost doctor that completed So-yeon’s surgery.

Yay, Yo-seob did the right thing! He’d been threatened by Eun-shil to keep quiet and not attend the trial, but Yi-han had urged him to reveal the truth. Confessing that he used to be Hyun-sung’s ghost doctor, Yi-han reminded Yo-seob to put his patients first, and Yo-seob’s conscience won out.

Yo-seob testifies that Do-hyung had threatened him to proceed with the surgery despite the risky tumor location, which resulted in them damaging a nerve that ruined So-yeon’s vocal cords. 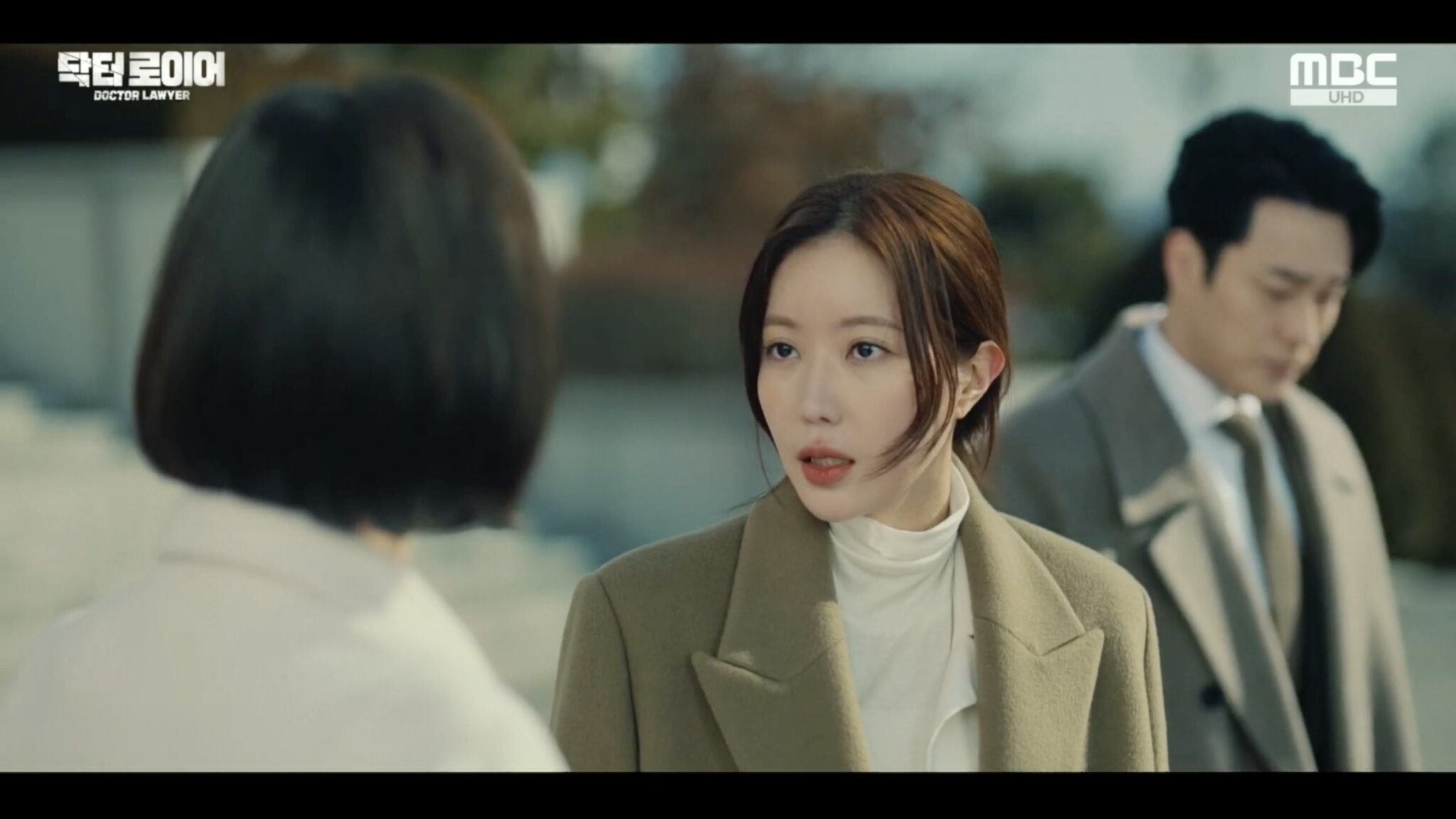 With that, So-yeon wins the case, and Banseok is ordered to pay compensation. Eun-shil’s arrogance knows no bounds, and she mocks So-yeon on their way out — but she’s quickly put in her place by Seok-young, who came to watch the trial on Yi-han’s invitation.

Seok-young declares her intention to indict Hyun-sung for attempted murder, violating the Medical Service Act, and professional negligence resulting in injury. All that could land Hyun-sung in jail and get his license revoked, and the threat effectively subdues Eun-shil. 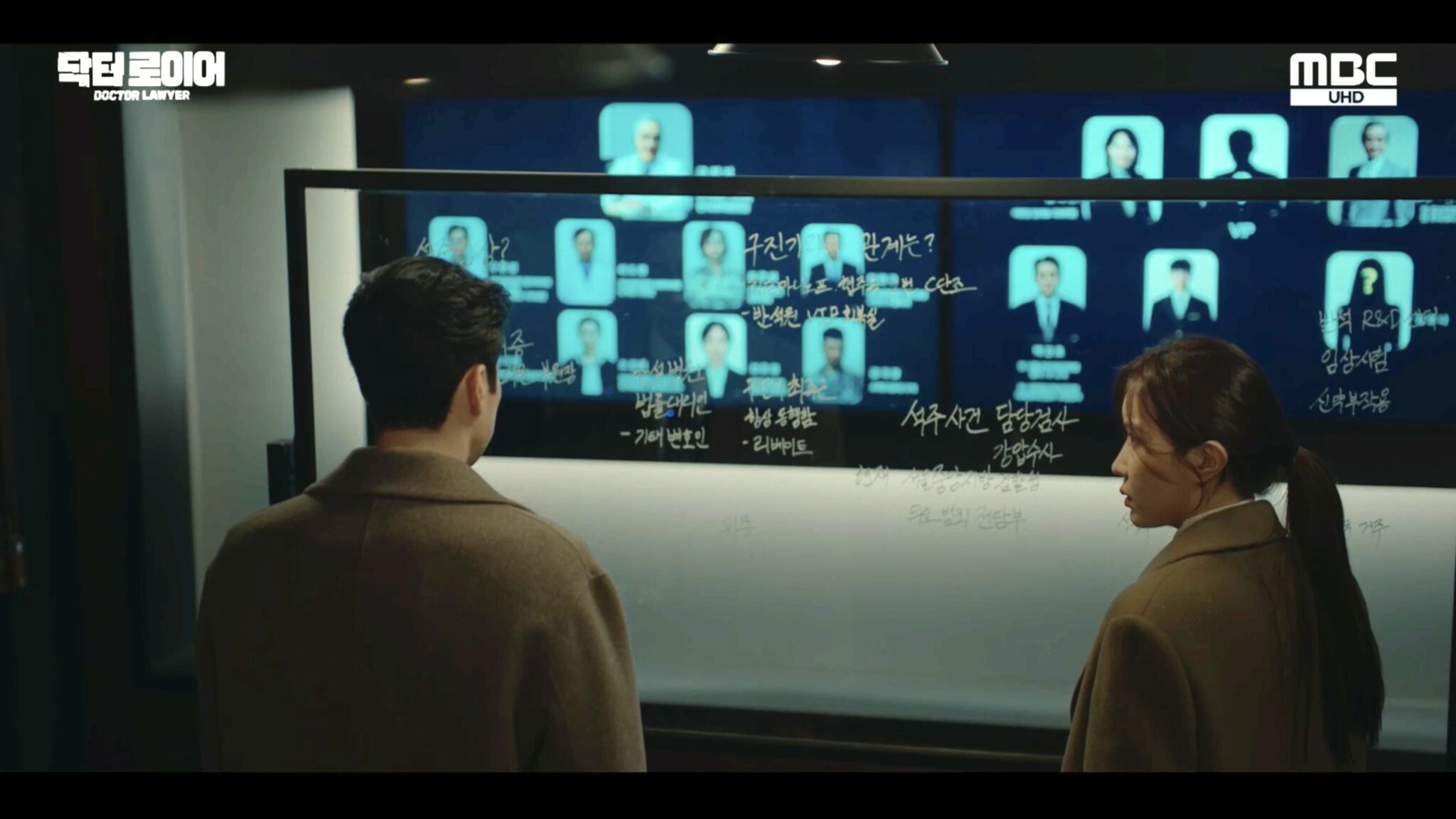 Afterwards, Yi-han shows Seok-young his office, where he has numerous investigation boards. He reveals that her fellow prosecutor Kang-ho is in cahoots with Chairman Gu, and the revelation stuns her.

She demands for answers, and Yi-han admits the details of his ghost doctor deal with Chairman Gu, as well as the full story behind Seok-joo’s death. Still guilt-ridden, Yi-han doesn’t seek forgiveness, instead promising that he’ll pay for his mistake once he’s seen things through to the end. 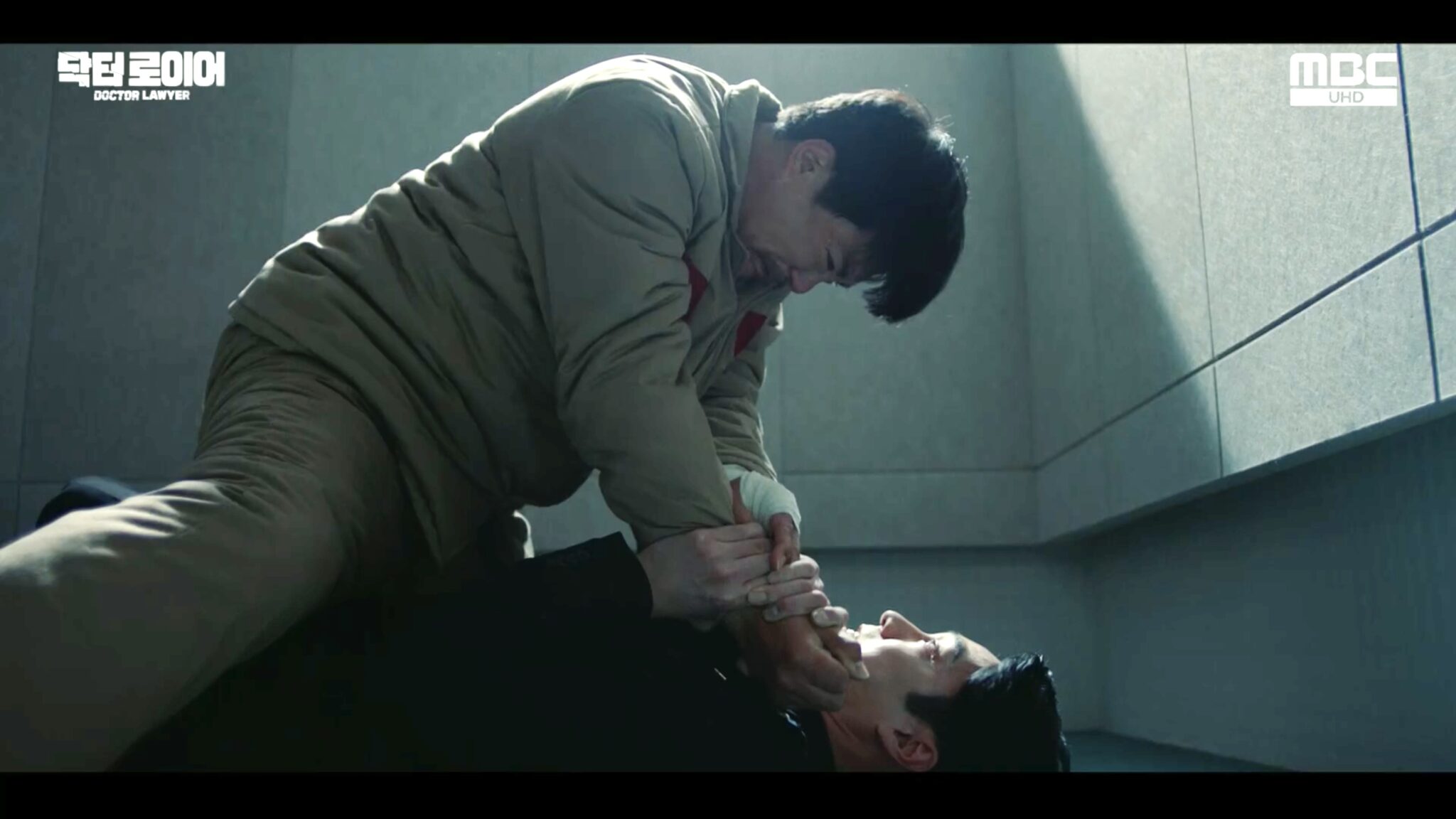 An unexpected curveball is thrown into the mix — NAM HYUK-CHUL (Im Chul-hyung), the inmate that murdered Ki-tae in prison, requests for Yi-han as his lawyer. Seok-young’s suspicious of Hyuk-chul intent to file an appeal, but Yi-han sees it as an opportunity.

He meets with Hyuk-chul at the prosecutors’ office, but the moment they’re left alone, Hyuk-chul lunges at him with a weapon he’d managed to sneak in. He’s this close to stabbing Yi-han’s neck, but Yi-han gives him pause by yelling out his son’s name — he has an ailing heart, and Yi-han can save him. 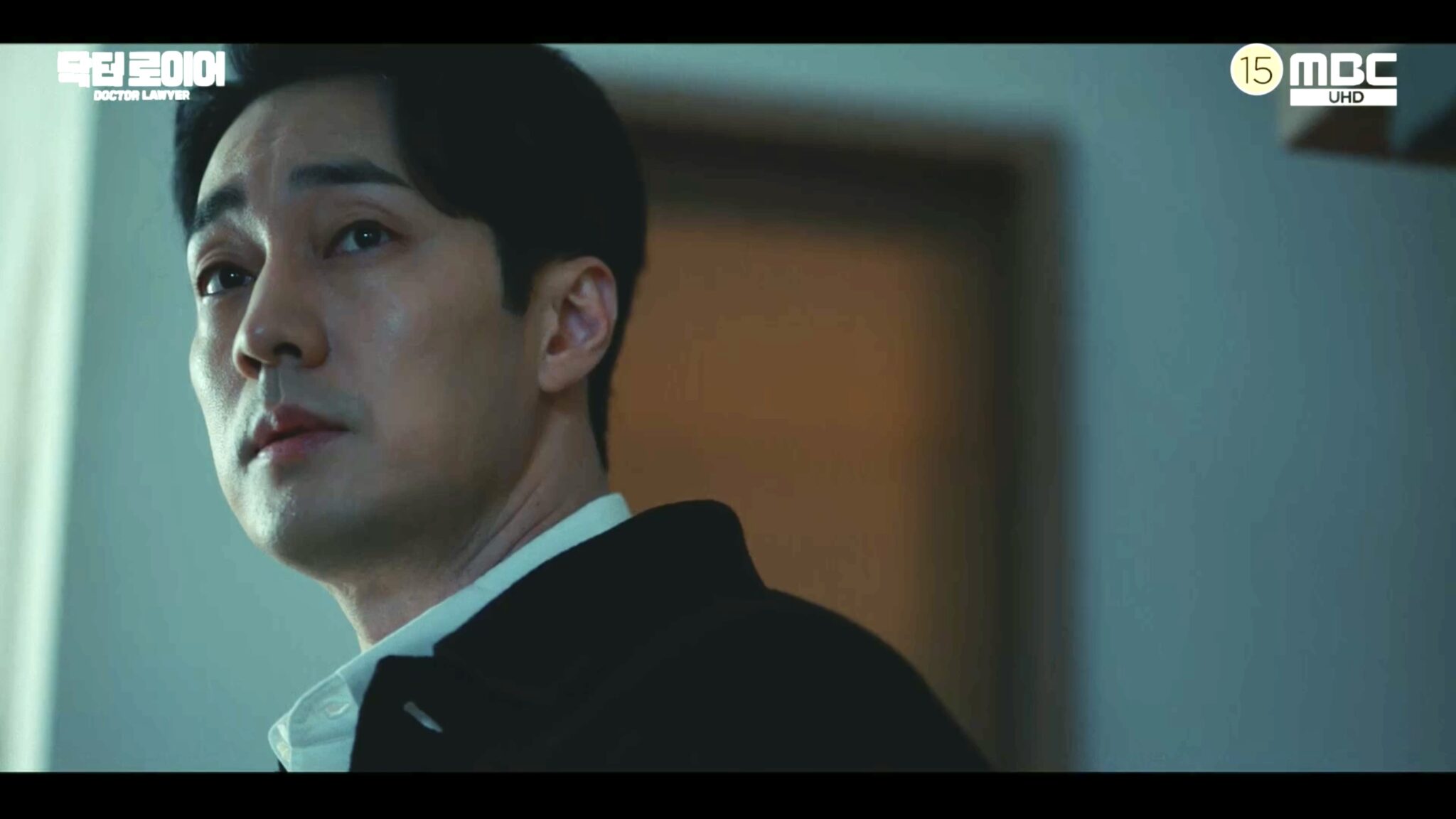 It’s becoming increasingly clear that everyone is more interconnected than it appears on the surface. Hyuk-chul’s ex-wife JO JUNG-HYUN (Kim Ho-jung) was part of the team that did the VIP surgery using Seok-joo’s heart, and the pair were also involved in So-yeon’s surgery.

That means there’s more fodder for Yi-han to take them all down one step at a time, and I did like the way So-yeon’s case played out. Still, it’s all unfolding rather predictably, so I hope Jayden continues wreaking havoc and keeping everyone on their toes. Now that he’s declared Yoo-na his queen and Yi-han his knight, I can’t wait to watch him deliver a checkmate. 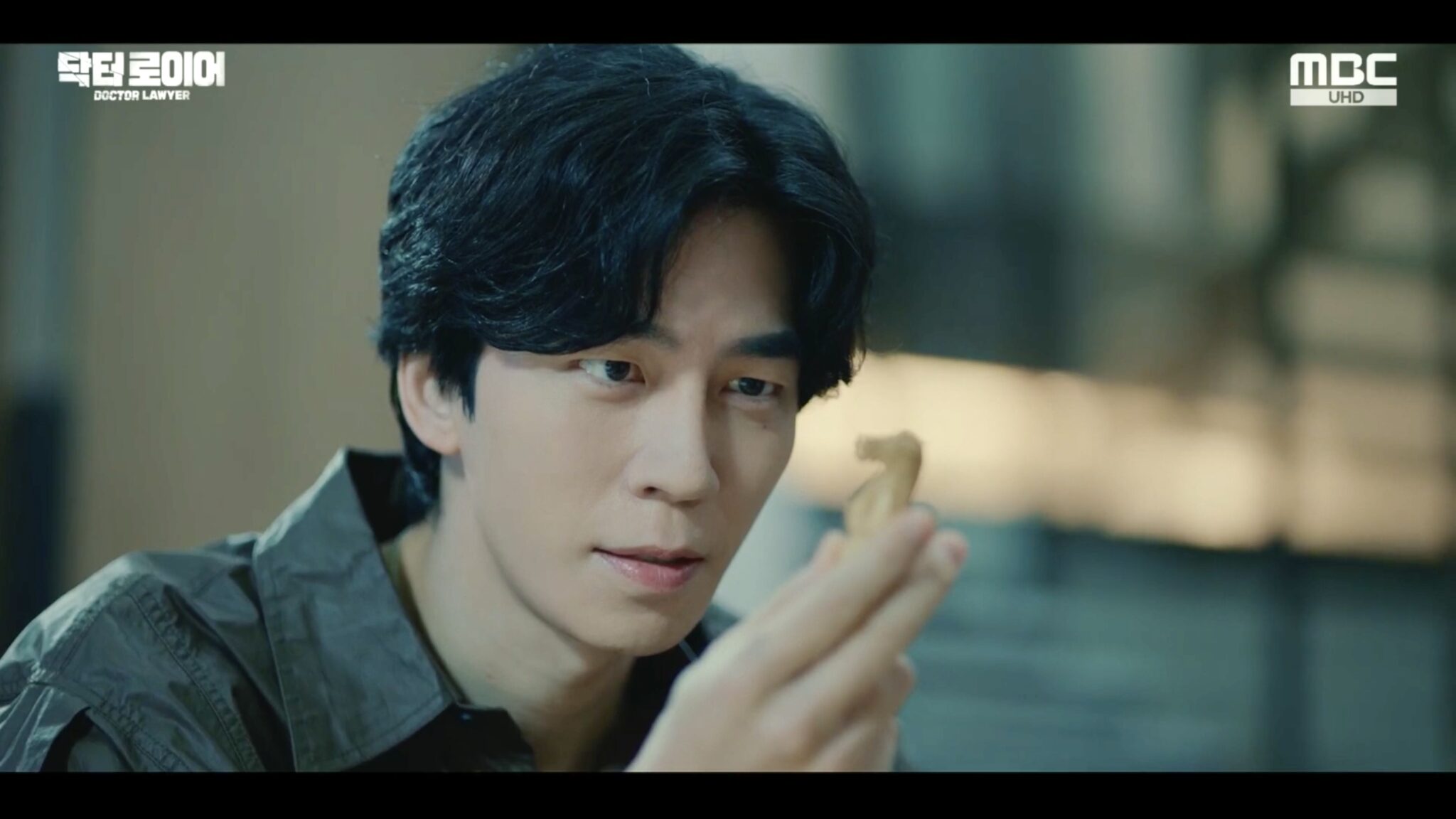 Jayden is still the best part of this drama. When he said dope and coke in Rnglish, I laughed. Sir, no one calls it dope and no one takes coke in pill form. I also don't understand why Yihan didn't tell the truth to Seok young in the first place. Smh

i'm having a hard time taking this seriously... is it just me? hmmm...

What is the full truth behind Seok-joo’s death? I can catch bits amd pieces of it from the recap, but still don't get what's happened.

After 5 yesrs Yihan is now sharper n smarter, but still remains a doctor at heart, the punch on jayden shows he is not easily fool this time, good character development. Jayden is a interesting guy, cool n smart, dare devil, n wise to check out yihan working style n ability, yihan is also checking on jayden ability if he can get his doctor license reinstate. Like all makjang drama, thought the ghost doctor will be killed but this case was not n yihan secure a win on chairman gu. Guess 5 years ago, chairman gu threaten him about his mum safety n his mum actually was killed as he found out, i guess he did not want risk seok young confronting chairman gu at that time. He needed to find out more n build up his strength n capabilities to tackle chairman gu. Now he has them n disclose the truth to seok young, after seok young has seen his win at the court case that he was the ghost doctor 5 years ago, now she is calmer n be working with him to deal with chairman gu n his son.
Interesting writing, not the usually back n forth, like there is a witness, the witness was killed etc, n it shows progress in yihan goal to bring justice to people who were wrong by those who got the upper hand n powerful.
Interesting to see how jayden play out his chess game n what was his goal n why, it is not just to eat up chairman gu business i guess. Preview of next week ep will reveal who got seok joo heart n jayden queen, double agent?
This drama looks predictable but yet unpredictable, it is quite classy written. The dialogue by yihan is very much of a doctor n lawyer, not pushy, nor intimidating not even sly. Next week, seok young will know if her supervisor is in whose camp. I like the writing, directing is good, the acting is good, so far for june, i like this drama best. Glad after this drama is big mouth, should be an enjoyable drama.
Congrats to homecha for winning the hallyu excellence award - very well written, director, acted out so well by all actors n actresses, great cinematrology n dedicating crew n staff.

I never expected Jayden-Yuna pair from the promos and character intros, but they look good on screen and now I want them to be together. Their intentions are still hidden but I'm pretty sure Yuna is using Jayden as much as Jayden is using Yuna to get whatever each of them want individually. I like them and may they both continue to work as a team, creating chaos for the evil guys while helping Han Yi Han get his revenge. Then they both probably will get some jailtime, after that please reunite for a HEA 🤣.

Also Dr Gu junior is useless, Yuna likely won't bat an eyelid if he's not related to Banseok. I think she puts up with him because of their parents and to get the research center director position. And based on ep 7 preview, looks like she also has bigger things in plan.

I was quite wrong about Yuna. She's a good reseacher/scientist and wants to do research the right way, she was taken aback when her dad hinted that she didn't get the position only on her own merit.

Jayden is a fun and unpredictable factor in this typical revenge drama. I really like the pairing between Jayden and Yi Han. Interesting, contrasting combo. I hope Jayden stays a gray character.