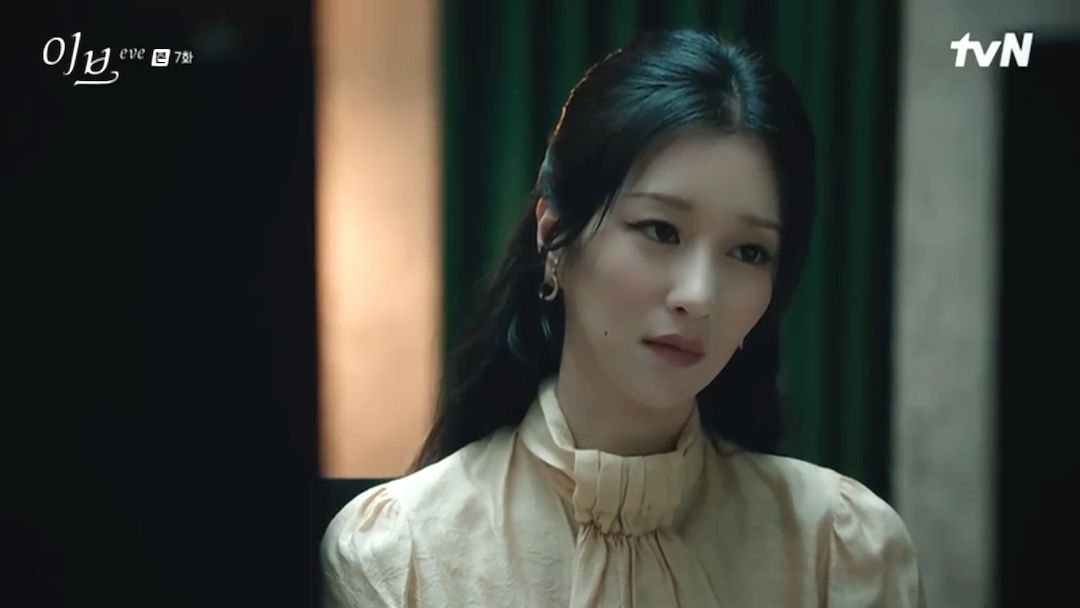 Are we supposed to feel sorry for Yoon-kyum because I don't? I don't care if he was abused as a child, or his maid mother died, or his father and brother are trash. Seo Ye-ji and Park Byung-eun have zero chemistry, and I still think Park Byung-eun is miscast.

I hope La-el's suicide plot for So-ra is successful. That way she won't have to get her hands dirty by killing her if she kills herself.

I have no sympathy for any of these characters except for poor Secretary Moon Do-wan. How is he physically capable to have sex with So-ra when she constantly belittles and abuses him? Someone save him.

You are so spot on….they have zilch chemistry…

The most memorable thing about the episode 8?
The green dress worn by Seo Ye-Ji. Its so amazingly unnatural and It created amazing contrast with So-ra's red dress.
Rest of it was quite mundane.

I'm in it for the clothes. The plot is ridiculous. 🤣

Now, in ep 8 and 9, even the clothes are ridiculous!

So ra's dress when she went to wherever that is that her thugs were beating up the poor female bodyguard, is so apt for her persona. It's snake skin hahaha but such a waste of an outfit.
The green dress is meant to be a showstopper and okay. But what's with the hat with the black dress? Is she not overdressed for just a visit to the hospital? And her make up is just funny but whatever.
Who is financing this whole project again? So generous with the ensemble.