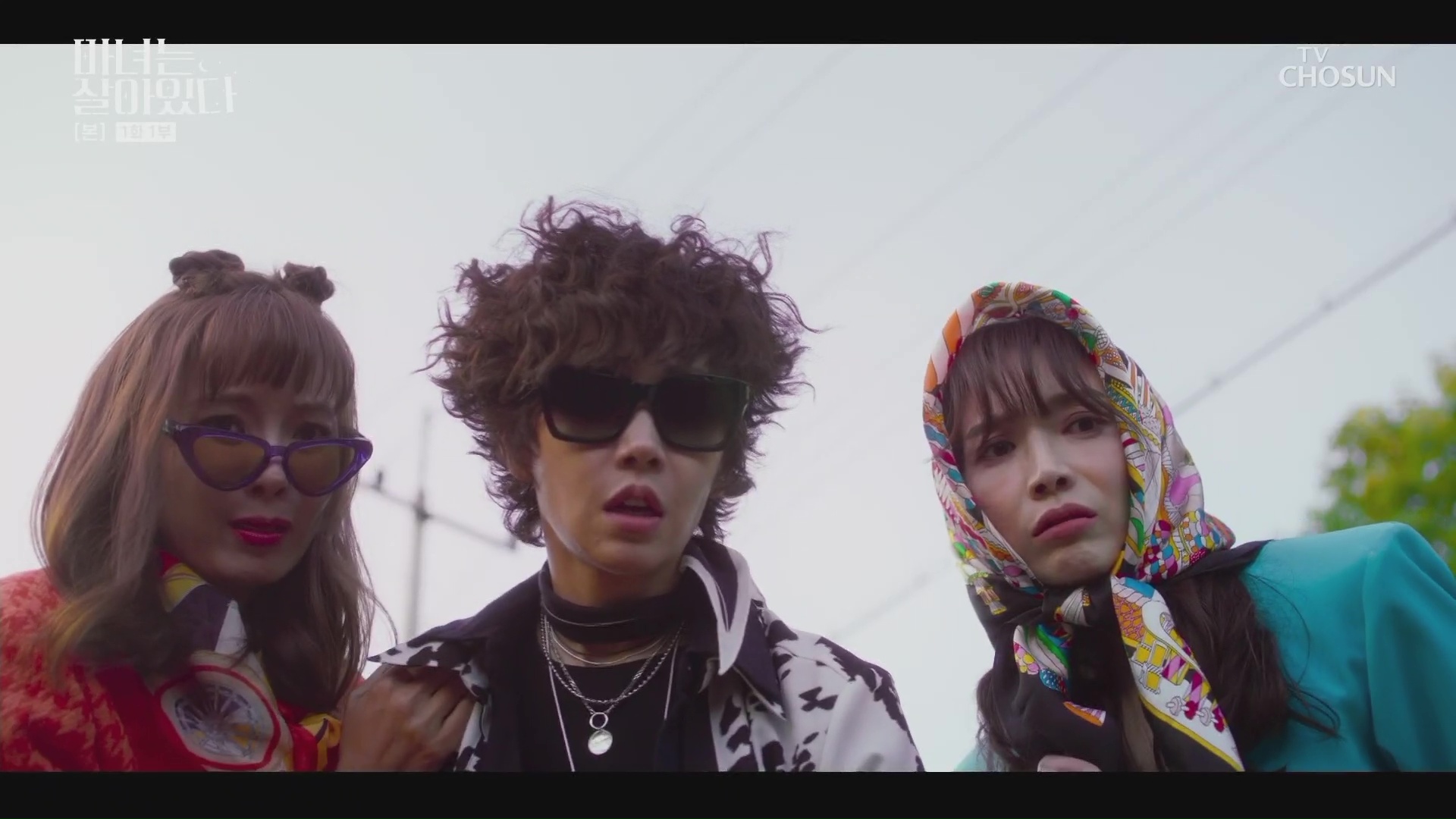 Lee Yuri is back, and in a black comedy and mystery genre no less! Three women who are tired of the status quo and are ready to take matters into their own hands? Sign me up! The Witch is Alive introduces us to these friends who are so different, yet so alike, and we form an instant bond with them as we dive into their world. 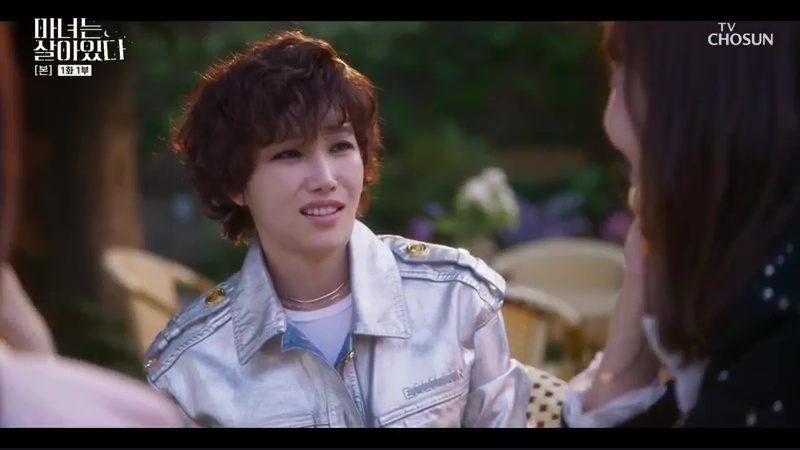 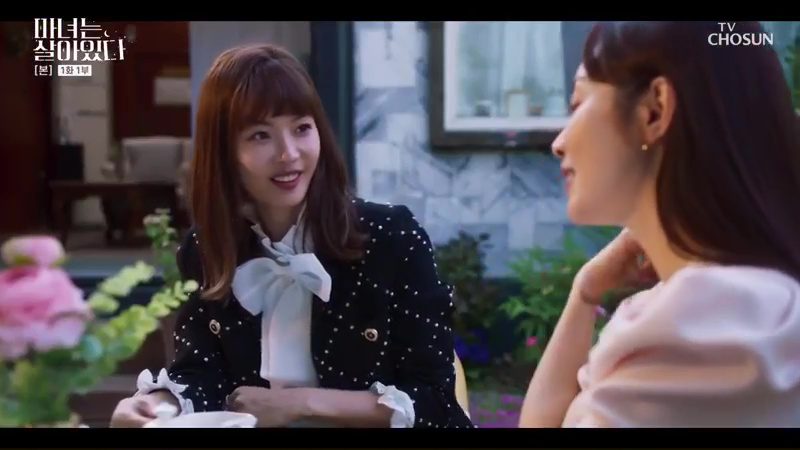 We cruise into the drama in a flashy convertible driven by our leading lady GONG MA-RI (Lee Yuri) who is accompanied by the rest of the chaotic bunch, CHAE HEE-SOO (Lee Min-young) and YANG JIN-AH (Yoon So-yi). But lest we think that the rest of the drama is just like this fun road trip, Ma-ri warns us that a year later, one of them gets divorced, one of them becomes a mother, and the third ends up dead.

Well, that’s one way to start off a drama by keeping the audience on their toes. But while we’re still in the present, we might as well enjoy the ride.

We begin properly with Ma-ri and Hee-soo reuniting with Jin-ah after five years. And judging by the lives they live at present, it may not be too difficult to decipher which fate belongs to which woman. 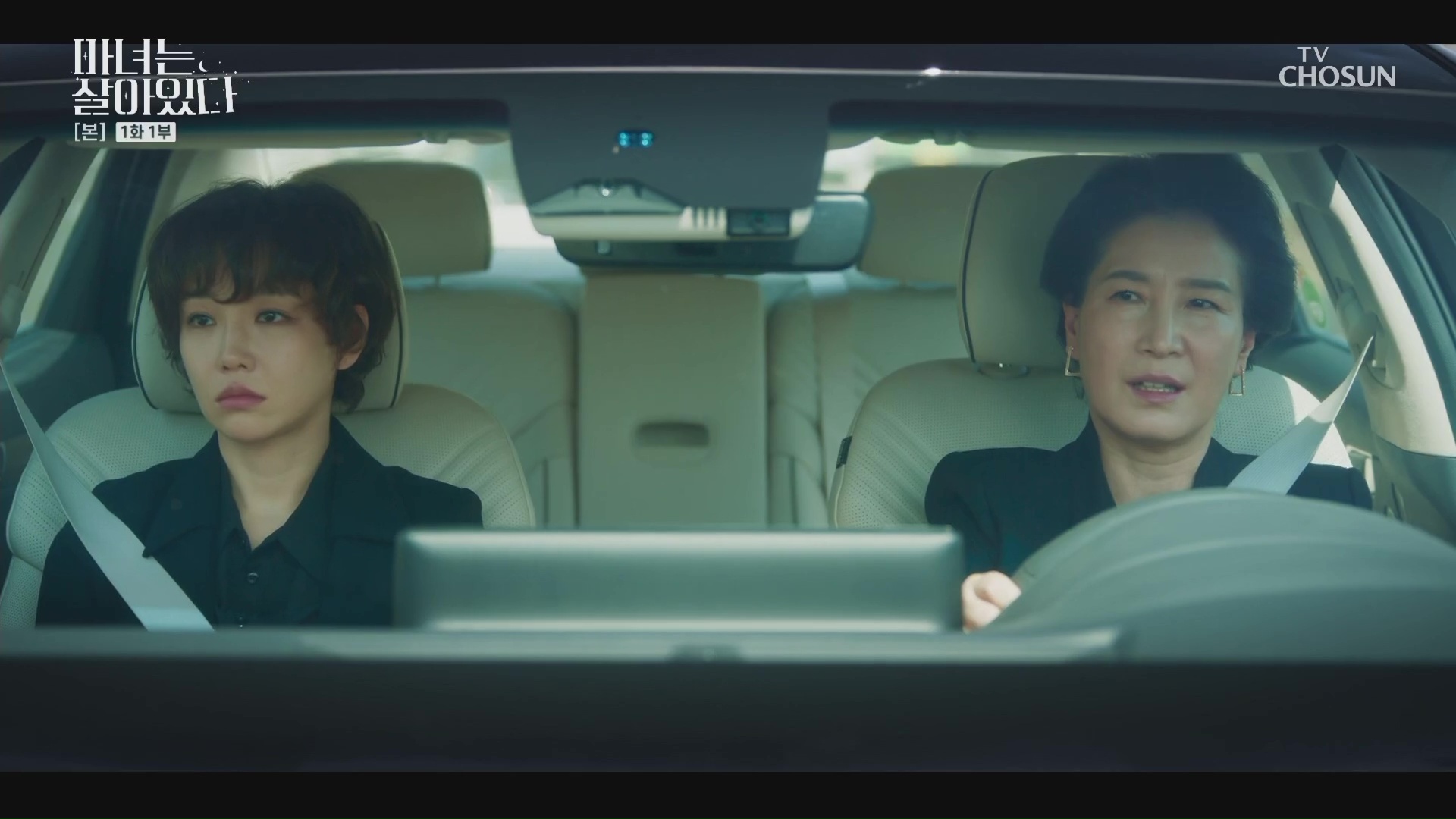 Ma-ri who once had no interest in marriage had to get hitched because she got pregnant. Now, she’s a full time housewife to TV personality, LEE NAK-GU (Jung Sang-hoon). And in a way, I think her boisterous personality also helps her stay sane in the family she’s found herself in.

She has a passive-aggressive relationship with her mother-in-law — who is the type of person to hold a funeral service for her dead dog, but put Ma-ri down for trapping her son with a pregnancy. Said son is not exactly the best co-worker at the TV station, and to top it all, he’s a perverted serial cheater. Unfortunately, their teenage daughter studies abroad, and aside from her friends, Ma-ri doesn’t really have anyone else to lean on. 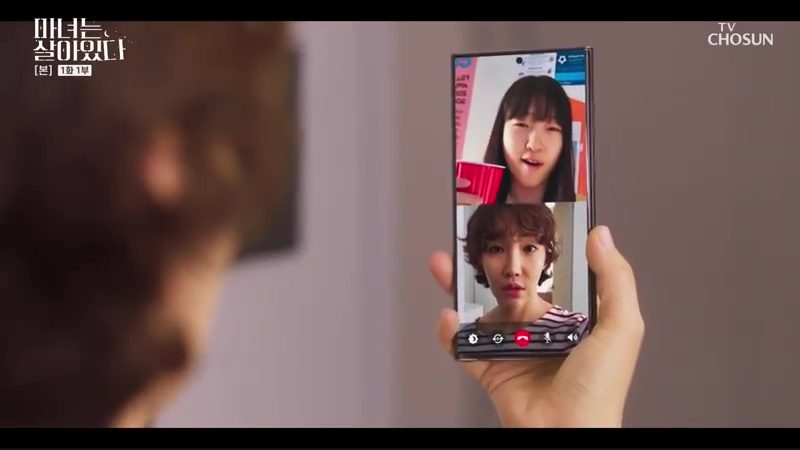 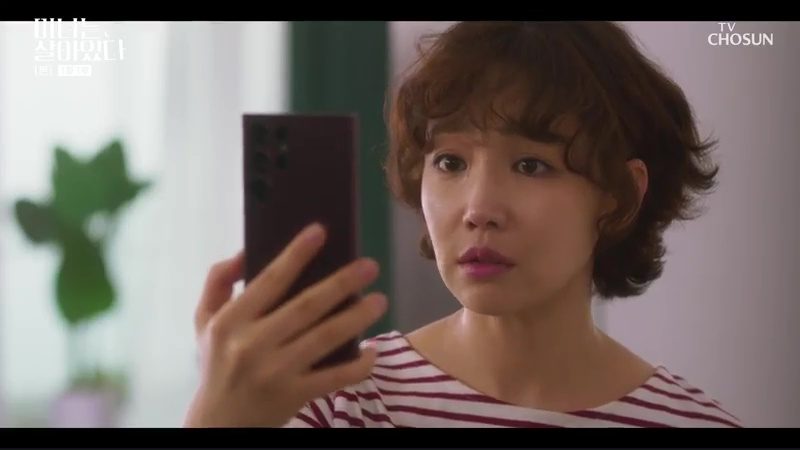 Hee-soo is married to an unavailable husband who doesn’t seem to be bothered that his wife is having difficulties in getting pregnant. For someone who once dreamt of becoming a good wife and mother, all Hee-soo is at present is a daughter-in-law, looking after her sick mother-in-law.

She seems to have resigned herself to her current situation, and if it gets to her, she doesn’t let it show around others. On the surface, Hee-soo appears to be the devoted daughter-in-law, but it feels more like a duty than actual devotion. She does seem to have a secret she’s keeping from her husband, and I wonder what that is. 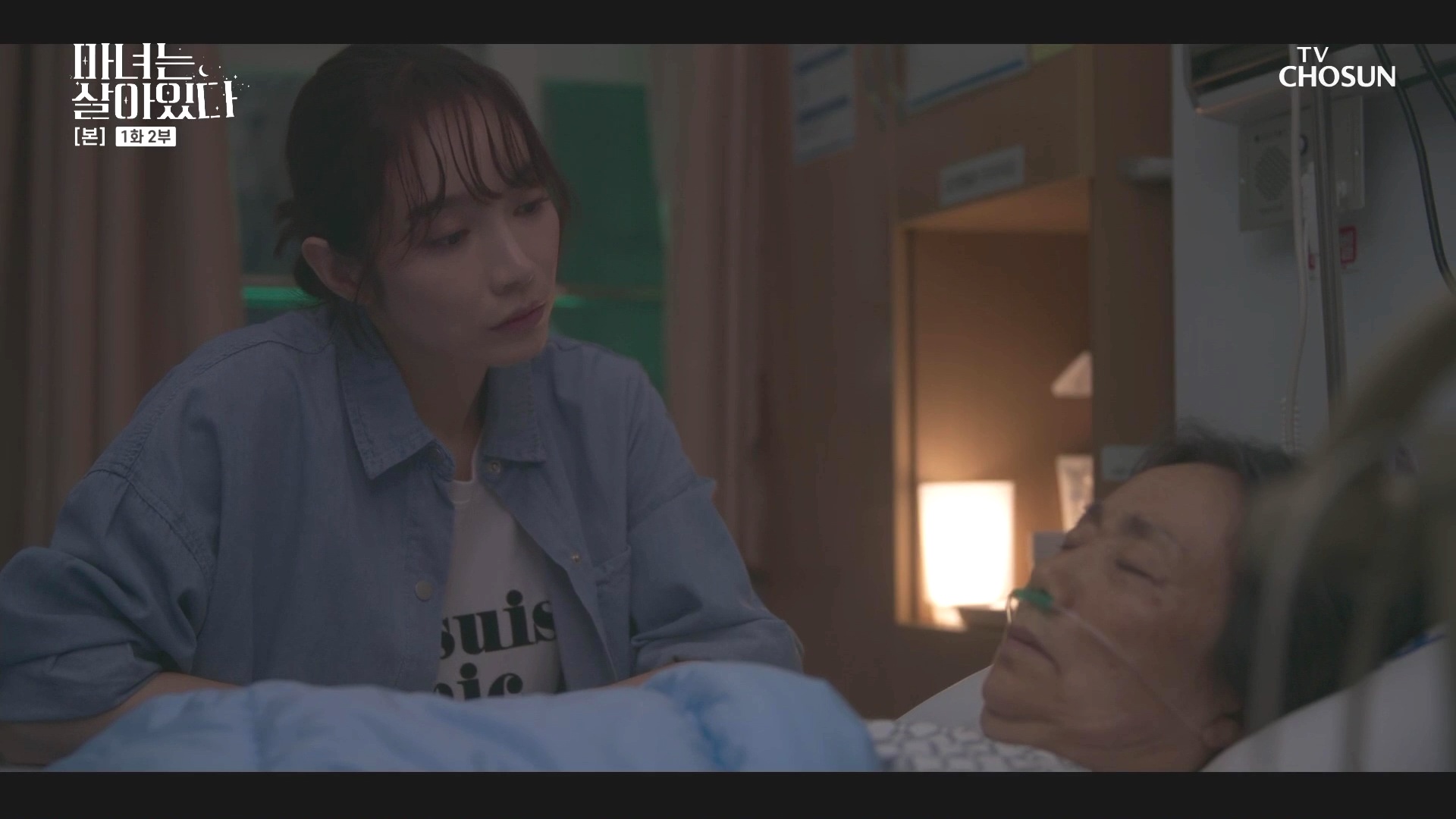 As for Jin-ah, her teenage dreams of marrying a rich heir didn’t come true; instead, she got married to the church oppa everyone liked. Unfortunately, he ended up dying while on the run from his creditors. And while he might not have been a rich heir, Jin-ah lives quite comfortably now thanks to his life insurance payout — but it’s suspicious that she keeps the money in cash at home. It’s almost like she needs to see and feel it in order to be reassured of its existence. Unfortunately, what she lacks in having a bank account, she makes up for with having a stalker. Hmmmm.

It’s clear that none of the friends have a good/reliable husband, and in a way, that’s one of the things that makes them so similar. But while Jin-ah is seemingly free from her husband at this point, it’s left to be seen how long she can stay “free” considering the unsafe neighborhood she lives in. 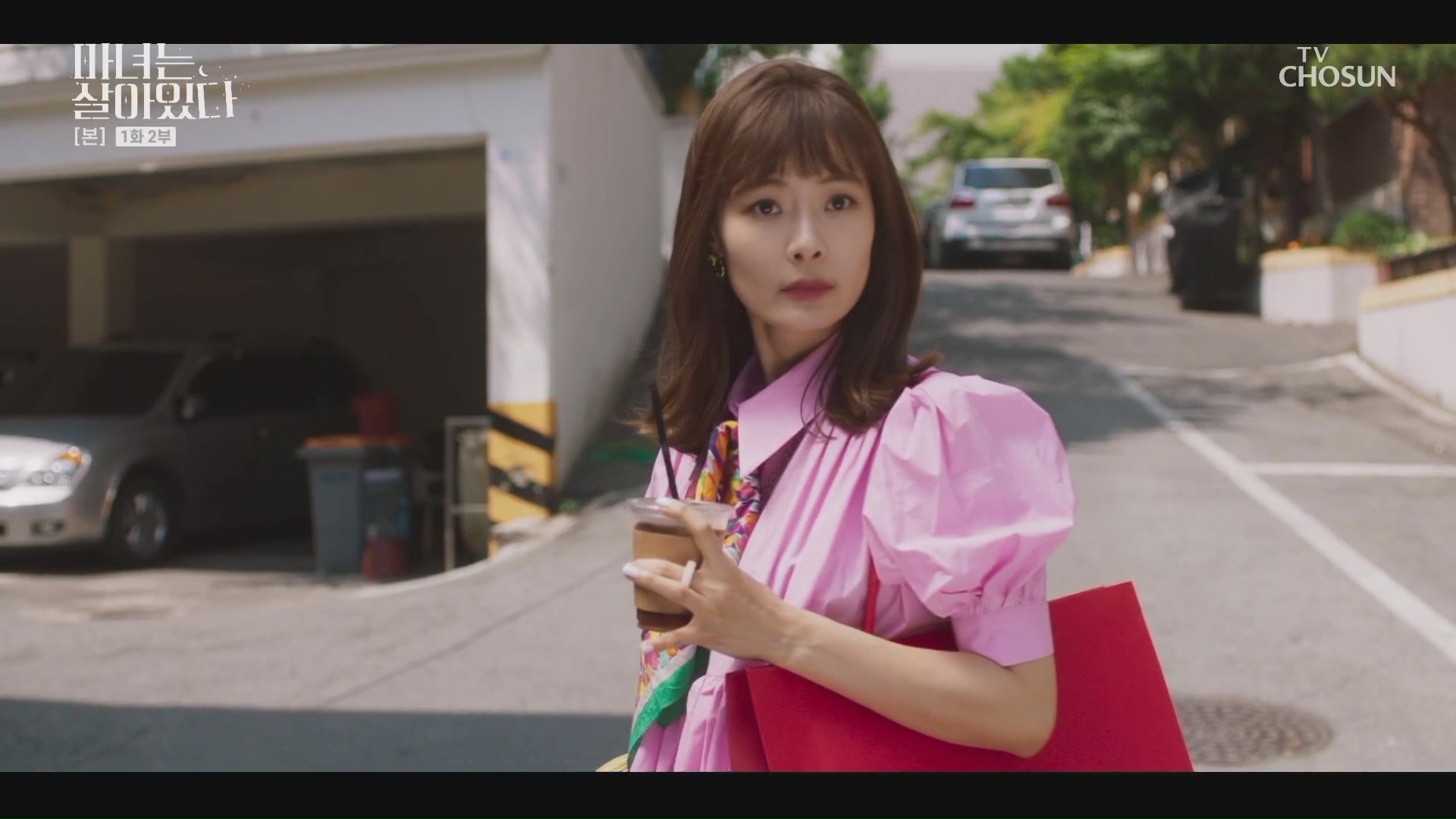 Back to Ma-ri, getting a divorce is not a new topic to her, as her husband keeps bringing it up whenever she calls him out on his perverted ways. And while Ma-ri is not completely onboard with the divorce yet, her mother is firmly against it. But from their interaction, they don’t exactly have the best mother-daughter relationship.

Ma-ri’s friends also have dissenting opinions about the divorce. Jin-ah is all for getting divorced and rocking the happily single life, while Hee-soo is worried about the financial implications on her full time housewife friend — although she’s not averse to Ma-ri following in her husband’s footsteps and cheating on him in return. 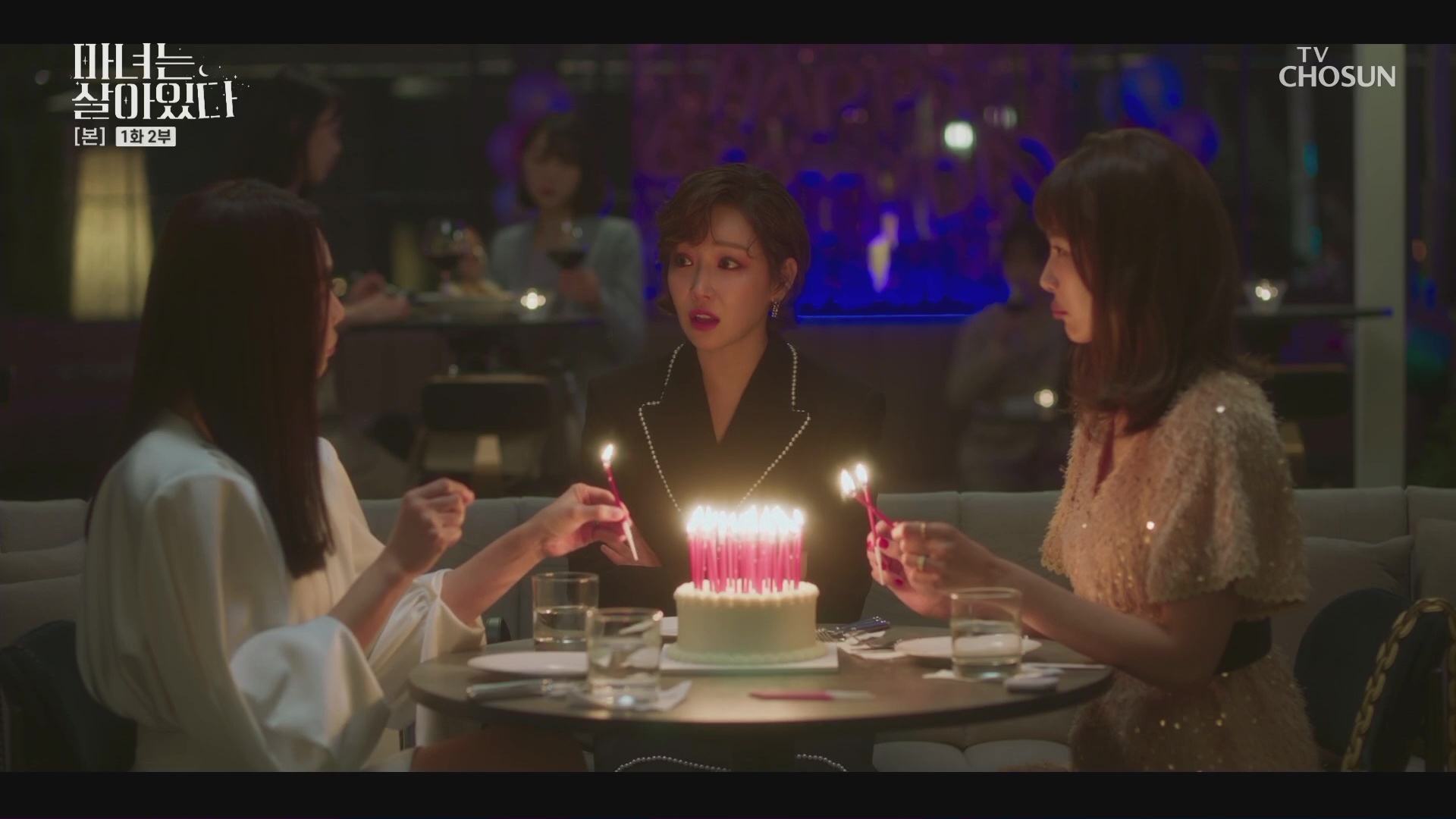 Somehow, I wonder if Hee-soo is also stepping out on her marriage, considering we see her hurry away from a night out with her friends after getting a text, and later on in a motel room, freshly showered, and hesitant to pick up a phone call from her husband.

But while Ma-ri assures her friends that her husband is not cheating on her, her denial means nothing considering the sleazeball is in the tabloids for having an affair with a younger woman. Tsk.

You’d think the exposure would make him lay low for a while, but he carries on with his side piece anyway. But when a drunk Ma-ri finally catches him in his web of lies, she swears to kill him. And as we end the episode on this note, I’m here for the war she has officially declared against her husband. 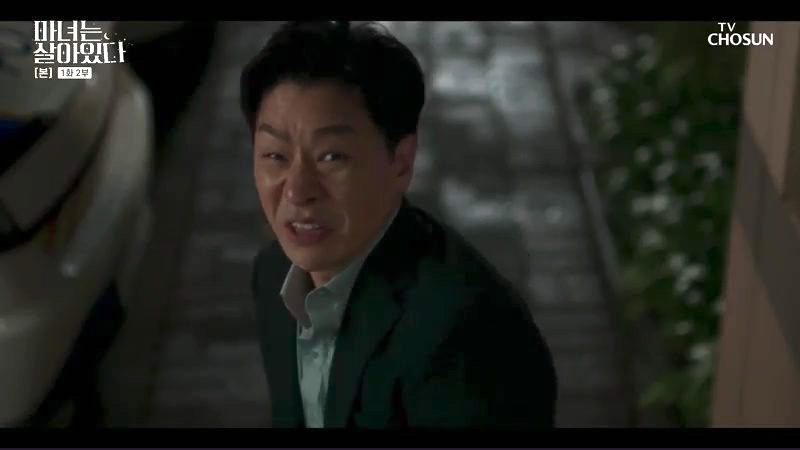 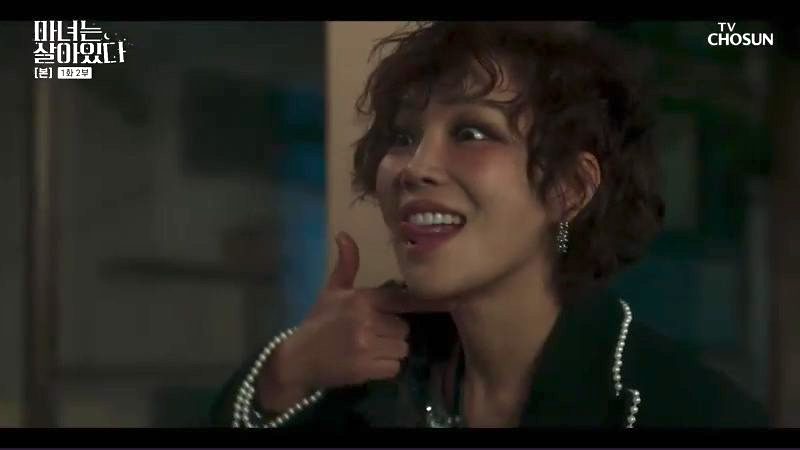 This episode was a great opener, and I like that the drama did not shy away from telling us what to expect – a divorce, a baby, and a death. What remains to be seen are the incidents that will lead up to these, and if everything will add up in the end.

I enjoy dramas with an emphasis on female friendships, and I already love the trio in this drama. They each have their individual personalities, but these differences blend into a seamless friendship that has carried on from their childhood to youth and now adulthood.

As always, Lee Yuri knocks it out of the park in these types of roles, and I’m enjoying her portrayal of Ma-ri. I share the same love for Hee-soo and Jin-ah, and while their fates might have already been sealed, I’m still rooting for them every step of the way. These women are awakening their inner witch, and everyone else had better sleep with one eye opened. 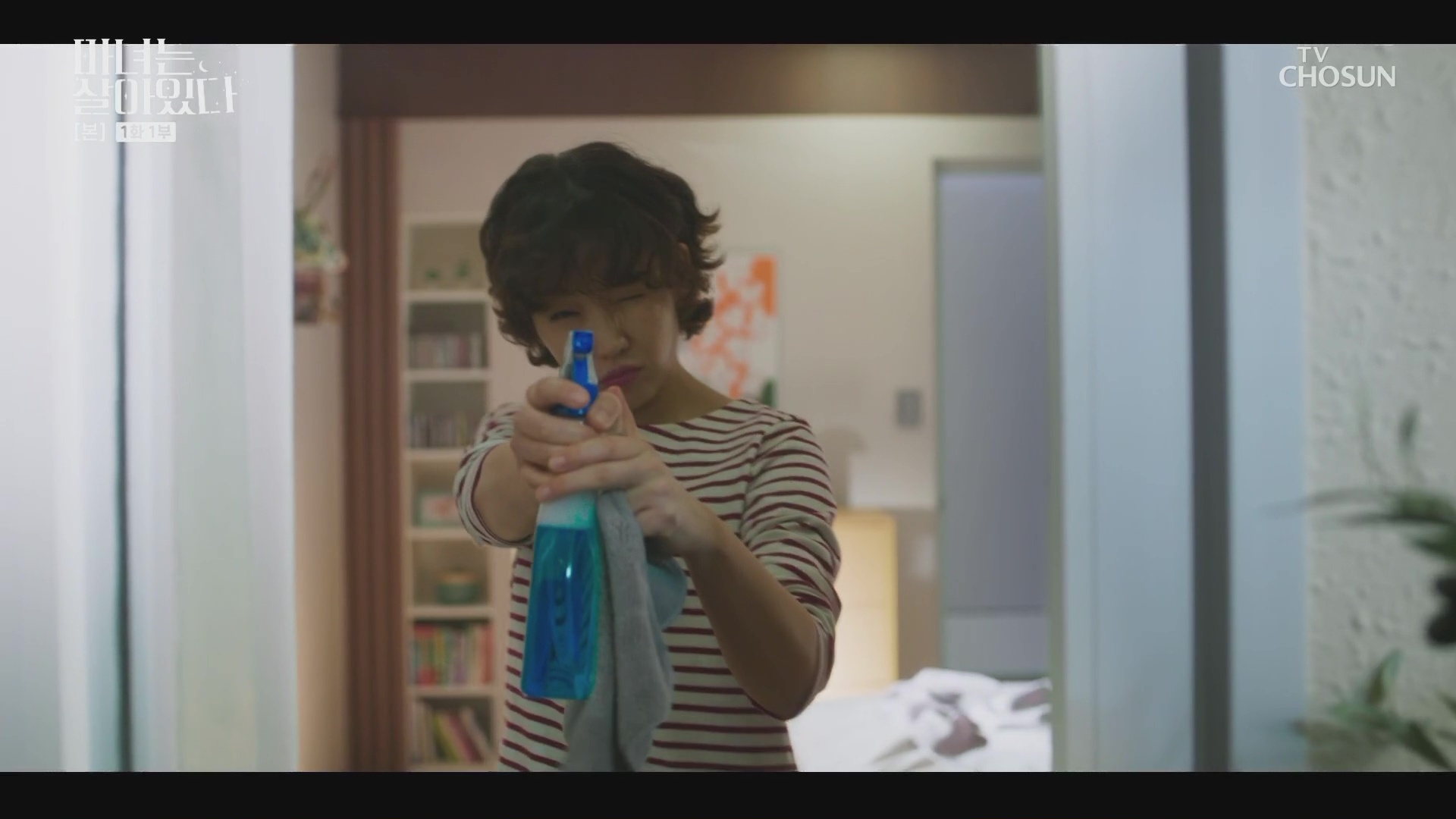 empathic blackcomedy is an interesting combo

I saw lee Yuri and need no other reason to watch, and mannn is she killing it??
I am all for her killing that sleazeball of a husband,heck I will help bury the body.
@unit, thanks for the recap and hopefully we get the rest

Loving this.. Lee Yuri never fails.. started this cos of her plus I love dramas about female friendships and realities. Looking forward to next episode. Good job 👏,

I like Lee Yuri in these kinds of roles. I was glad the visceral hatred I had developed seeing Lee Min-young's face in Love Marriage and Divorce didn't extend past that role.

Where can I watch this? I can’t find any useful info on this. Sigh.

Episode one is now available subbed on Kocowa under the title: BECOMING WITCH.

I didn't know I needed to watch this. The comedy is a perfect sugar dose.

I like Lee Yu-ri in comedies. She is very expressive and over-the-top which helps since I found the initial script arc with her husband, Jung Sang-Hoon, weak. Or better said, incomplete.

I like the idea of three long time girlfriends struggling with life issues at milestone age of around 40. But did the writer found a blank template from Thirty, Nine to add black comedy bits to the mix? I hope not.

Immediately I heard death I also thought about the Thirty, Nine parallel. I know it is too early to say but I like how it's hasn't become a focus of the story yet. The eventuality of each women is unfolding instead of it being the limelight.

Thank you, @unit, for the weecap. I hope it continues. Loved Ma-ri's expressive face. I liked the discussion the women had about whether to divorce or not - and the reasons given are the typical pros and cons we get.