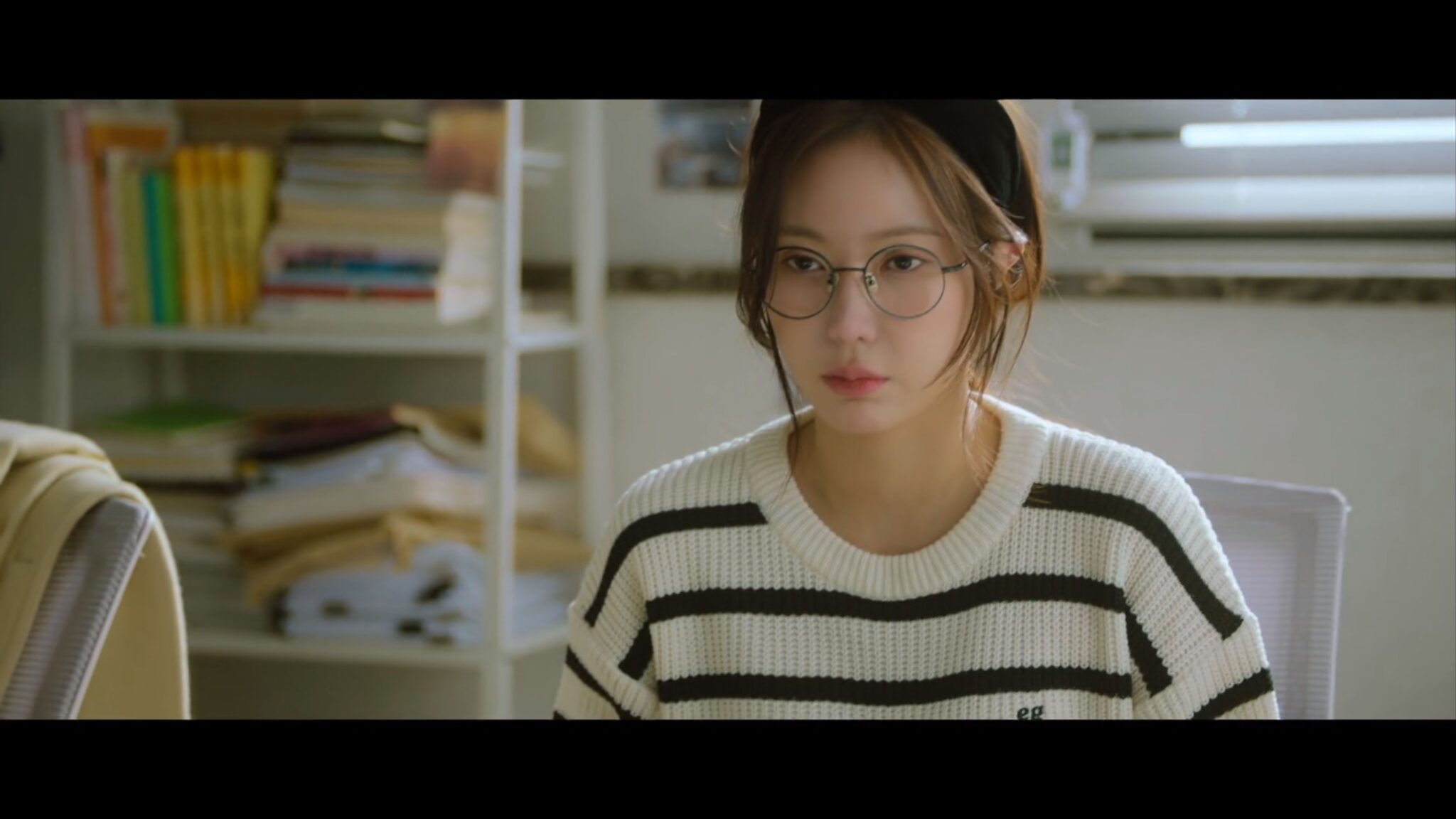 It’s said that opinions are like buttholes — in that everyone has one — and the phrase has never felt more true for our leading lady. As friends and family offer their unsolicited relationship and family planning advice, she becomes increasingly more assertive with her wants and needs, but this puts a strain on her new romantic relationship. 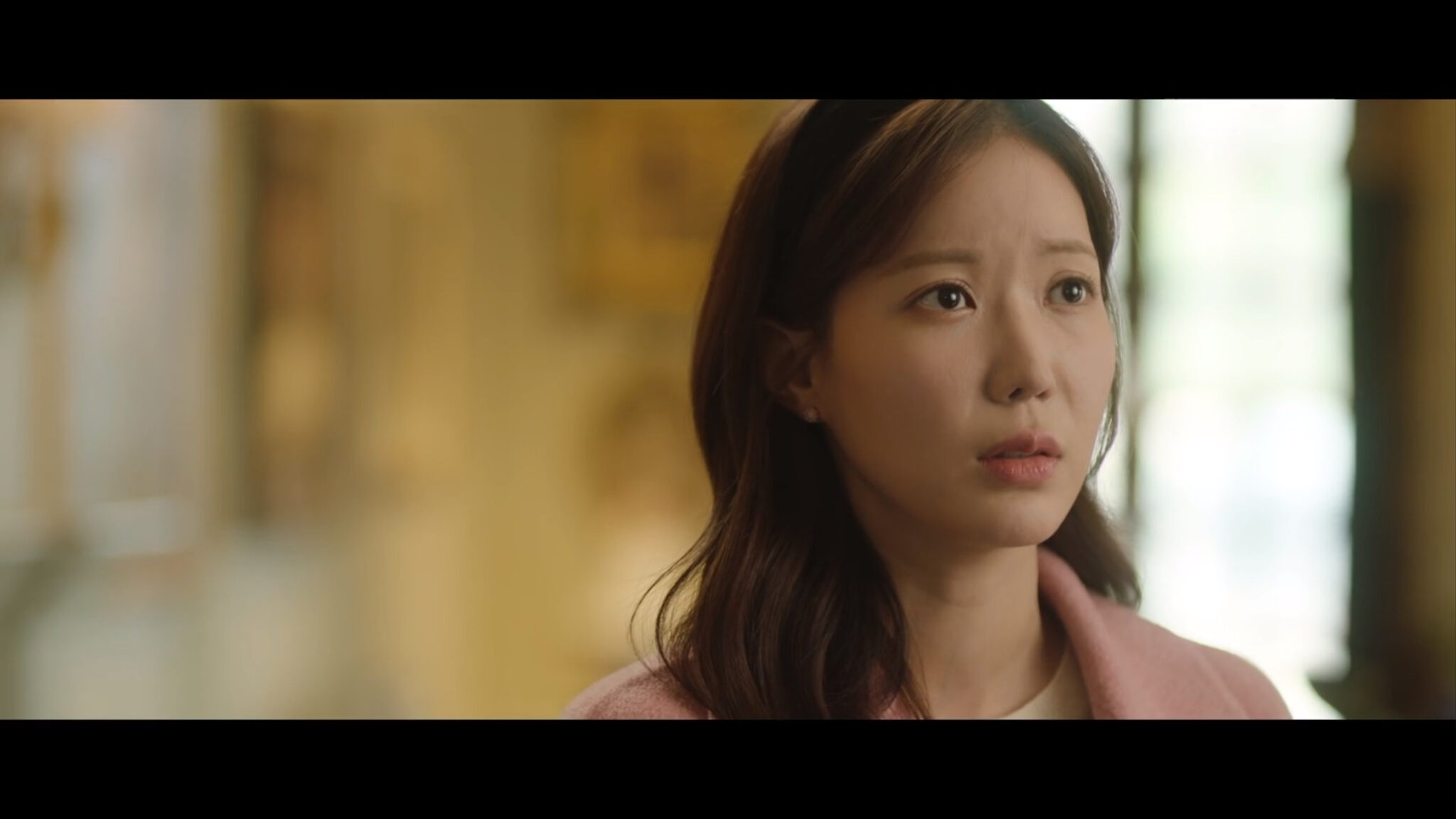 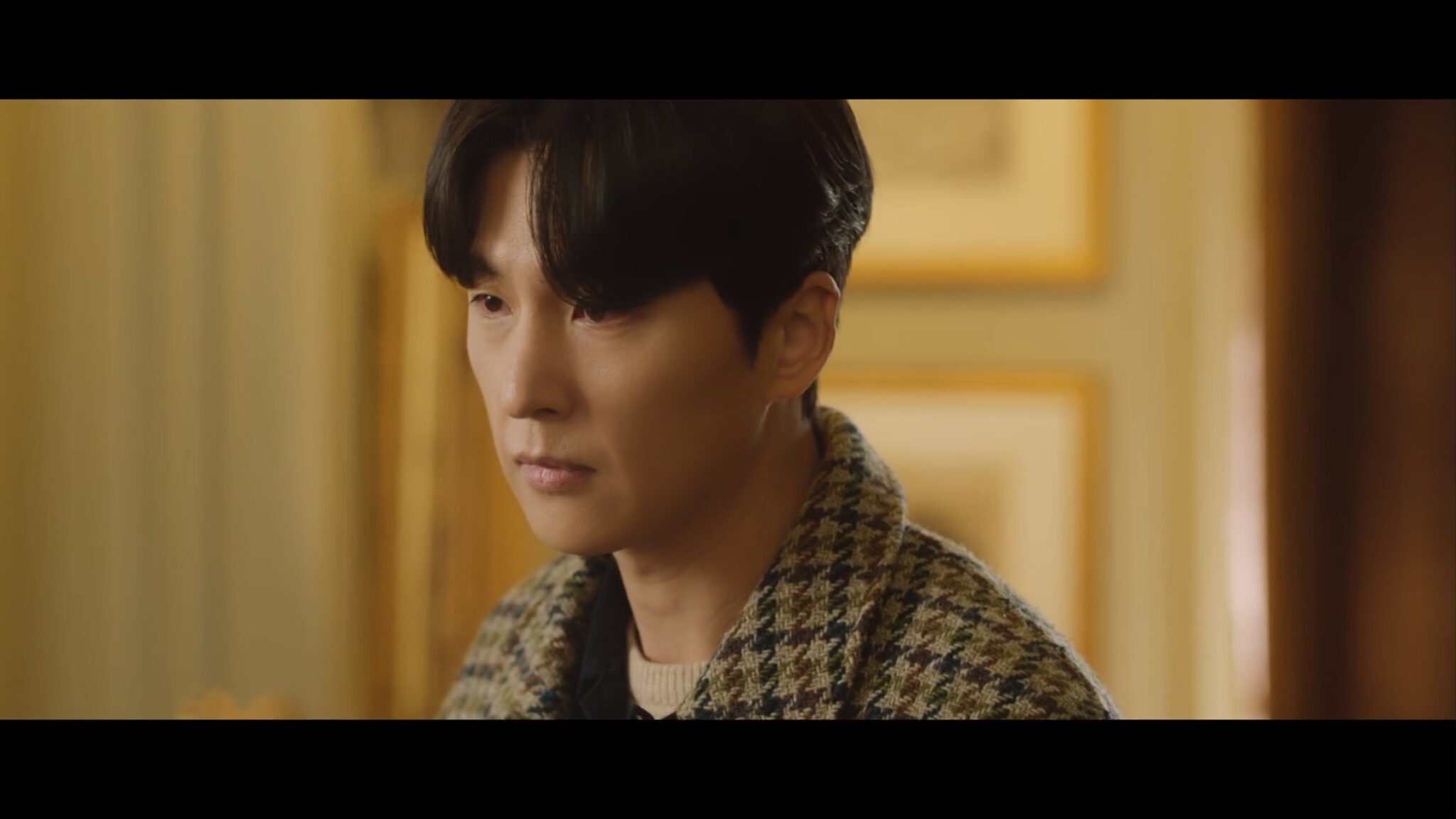 Up until now, I’ve been among the minority of viewers who have enjoyed Woori the Virgin and its zany, over-the-top tropes and ridiculousness, but this drama has finally jumped the shark for me. With only four episodes left, I assumed the show would use its remaining time to progress the romance, circle back around to Woori’s pregnancy, and use Gang-jae’s side-plot obsession with Chairman Kim to add some humorous suspense along the way. Unfortunately, Episode 11 was a massive waste of time, bouncing around from character to character — with equally abrupt scene changes — as they each chimed in with their opinion of Woori and Raphael’s relationship.

Since we resume our story where we left off last week, Gang-jae is the first to interfere with Woori’s love life. He openly accuses Raphael of being Chairman Kim, and Woori has to be all, “Look, I can see why you might suspect him — what with his access to the hospital and all that — but you are also letting your personal emotions cloud your judgment.” 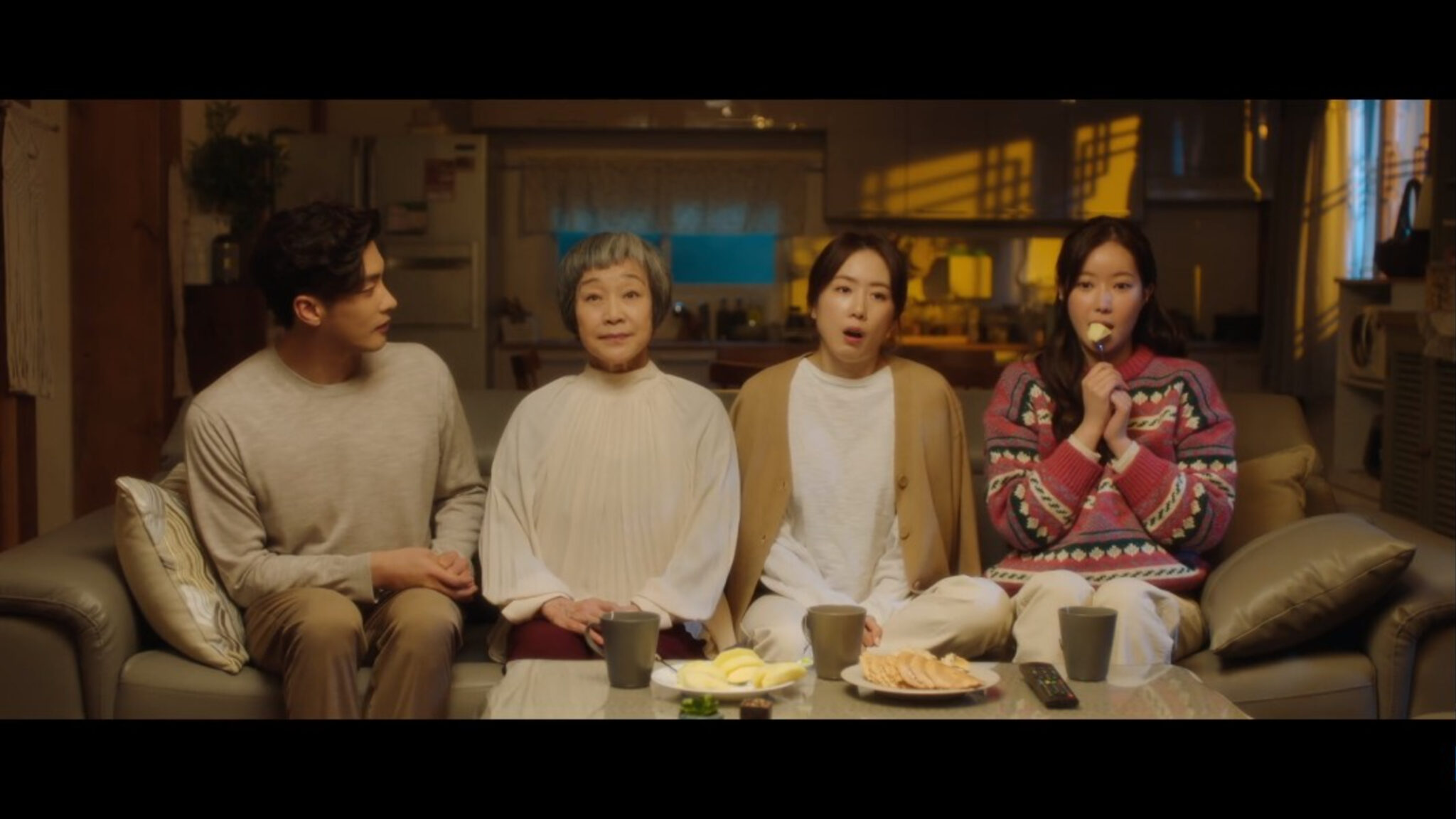 After the whole empty safe fiasco, Gang-jae’s boss — who’s also secretly aiding Chairman Kim — puts Gang-jae on a mandatory leave to get him off Chairman Kim’s scent, but Gang-jae’s fanatical interest in his arch nemesis won’t let him rest. And so — off the clock, of course — he proceeds to stalk Raphael, his primary suspect, which also means Gang-jae spent a fair amount of time camped outside Woori’s home where Raphael stayed while his apartment underwent some repairs.

Raphael, the poor guy, is extremely lonely, and his eagerness to sleep over is as much about getting to know Woori as it is about his longing to be a part of a loving family unit. (Side note: His curly bed hair is downright adorable.)

Grandma is eager to have him around, too, because she wants to push the couple together. She, much like Raphael’s father, wants Raphael and Woori to get married for the baby. Because, you know, it would be sooooo idealistic if the baby’s parents raised it together in married bliss. (*eyerolls*) 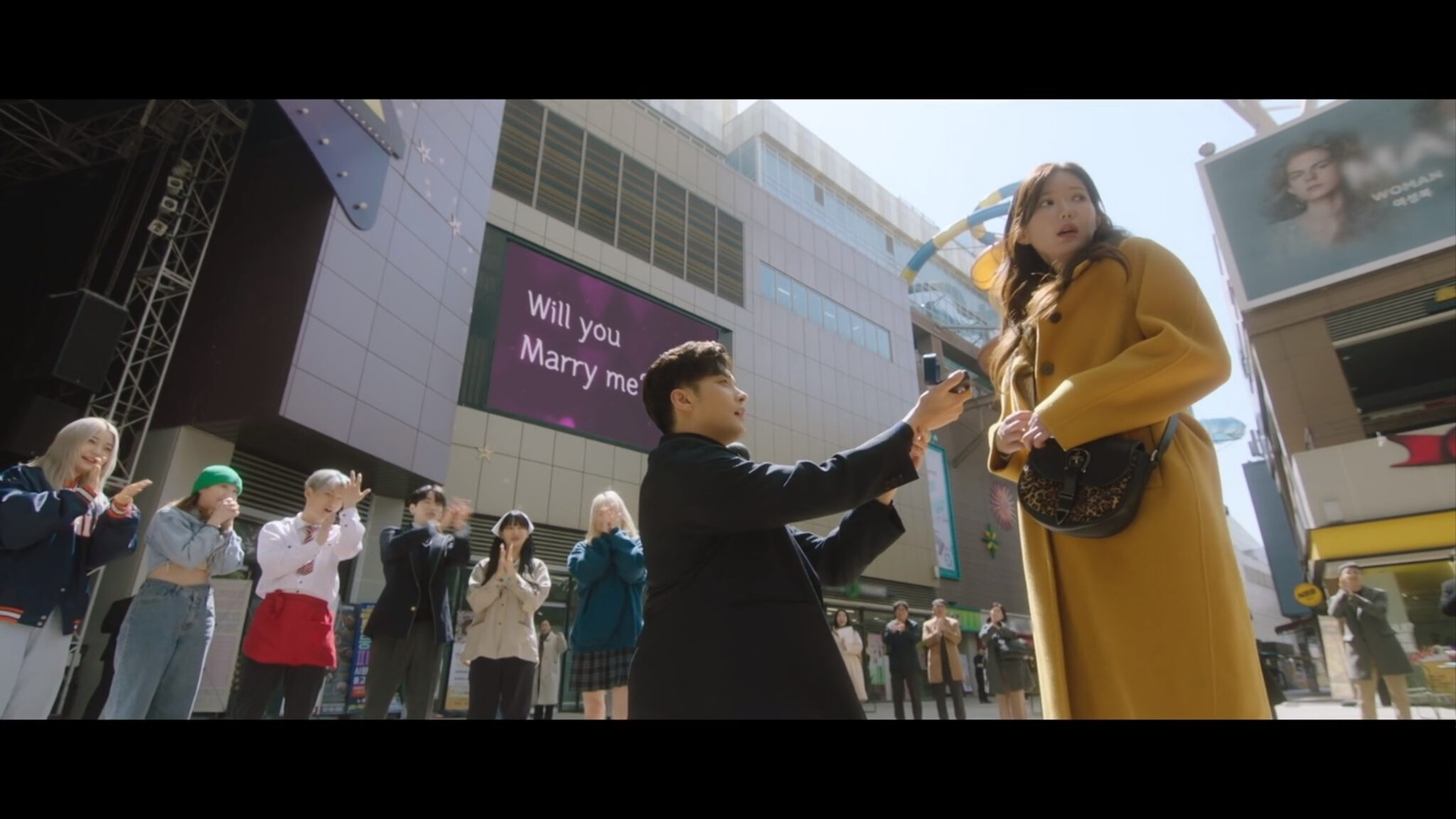 Eun-ran, however, is the only one who places Woori’s interests before the baby’s, and she cautions Woori to take her relationship with Raphael slow. Neither of them should mistake the daydream of a picture perfect family for romantic love. Raphael overhears Eun-ran’s conversation with Woori, and — wanting to clear the air — he privately assures Eun-ran that he is genuinely interested in Woori and only wants to make her happy. Yeah, about that…

Despite what Raphael may have told Eun-ran, he turns around and does the complete opposite of what Woori wants. She’s stated many times that she doesn’t want to rush the relationship or enjoy grand public gestures, but Raphael completely ignores everything she has said and proposes — with an over-the-top flash mob dance. 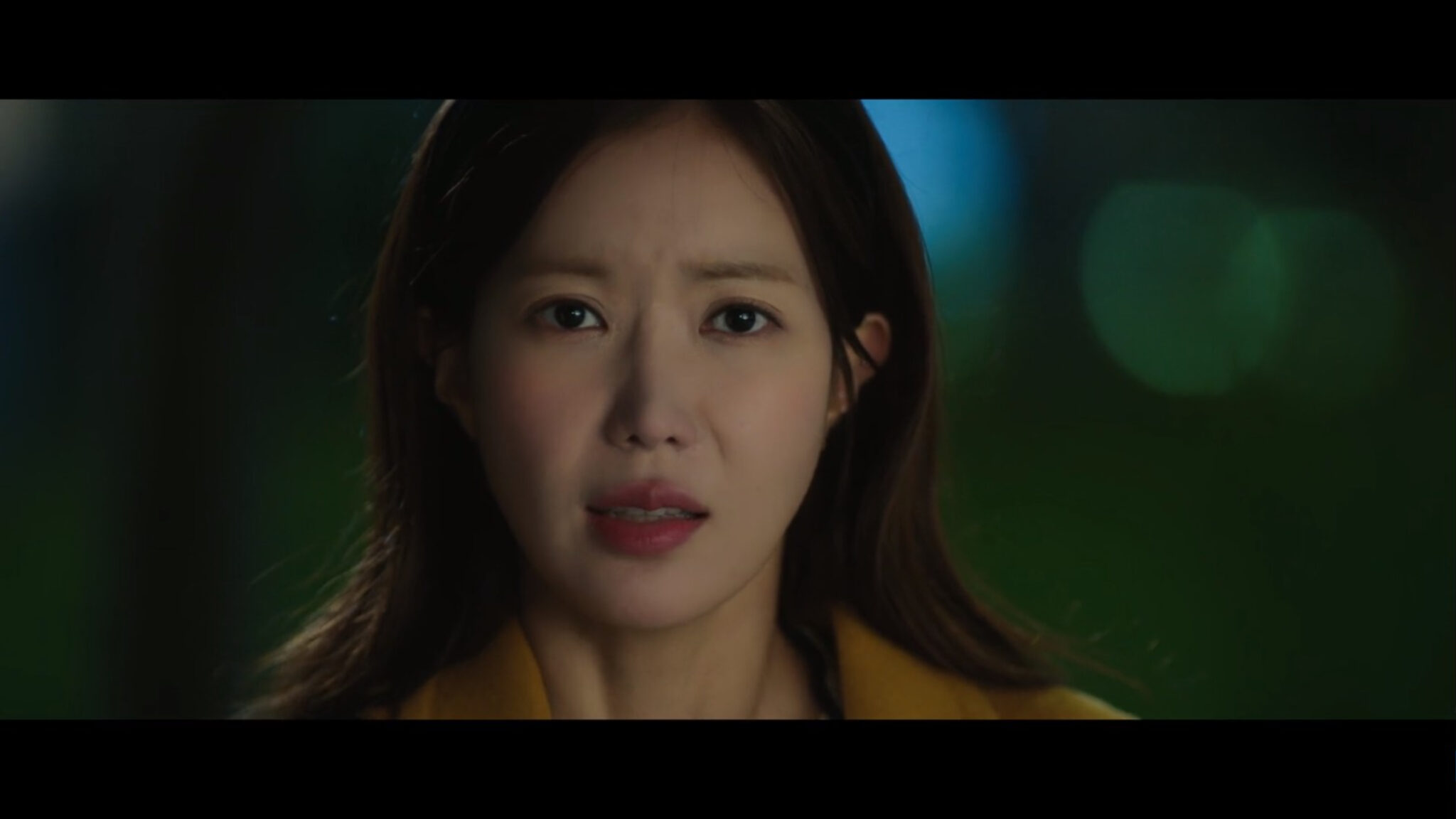 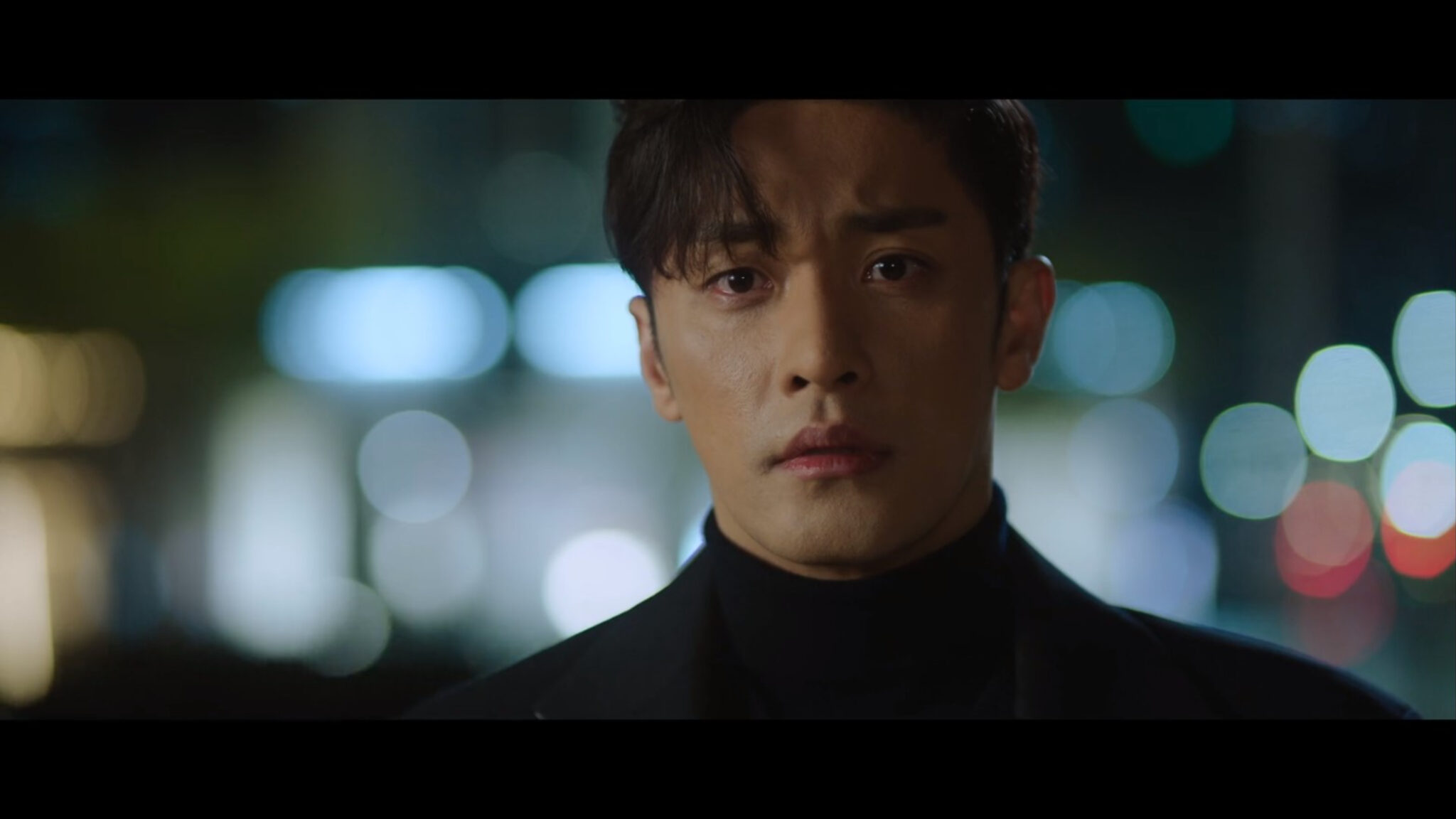 It’s going to take me a year to get over the secondhand embarrassment, but I’ve got to say, that moment was pretty damn effective at making me dislike the crap out of Raphael. Like, I’m truly pissed on Woori’s behalf, and I cannot even complain that the behavior is uncharacteristic because he’s already demonstrated a pattern of being, well, extra when Woori has repeatedly shown she likes to keep things simple. Not to mention, his recent sleepover has emphasized his loneliness and desperation for a family, and what better way to attain that than by rushing things with his baby mama?

But Raphael’s blunder doesn’t end with the premature proposal, folks. No, after Woori rejects him and explains her — understandable and rational — thoughts on the matter, he has the gumption to call Woori selfish for putting her emotional needs and concerns before “what’s good for the baby.” Oh no, he didn’t! Y’all, hold me back. I’m about to rip his behind a new butthole.

Woori, however, demonstrates that she’s fully capable of taking care of herself and shuts down his line of thinking. She points out that forcing a romantic relationship for the sake of the baby is not better for the child. Furthermore, she is fully prepared to raise the baby on her own, knowing from personal experience that a child can grow up feeling loved in a single-parent household. They part ways and put their relationship on pause, but Raphael is not given much time to mourn the demise of their romance because his father is arrested on suspicion of being the Chairman Kim. 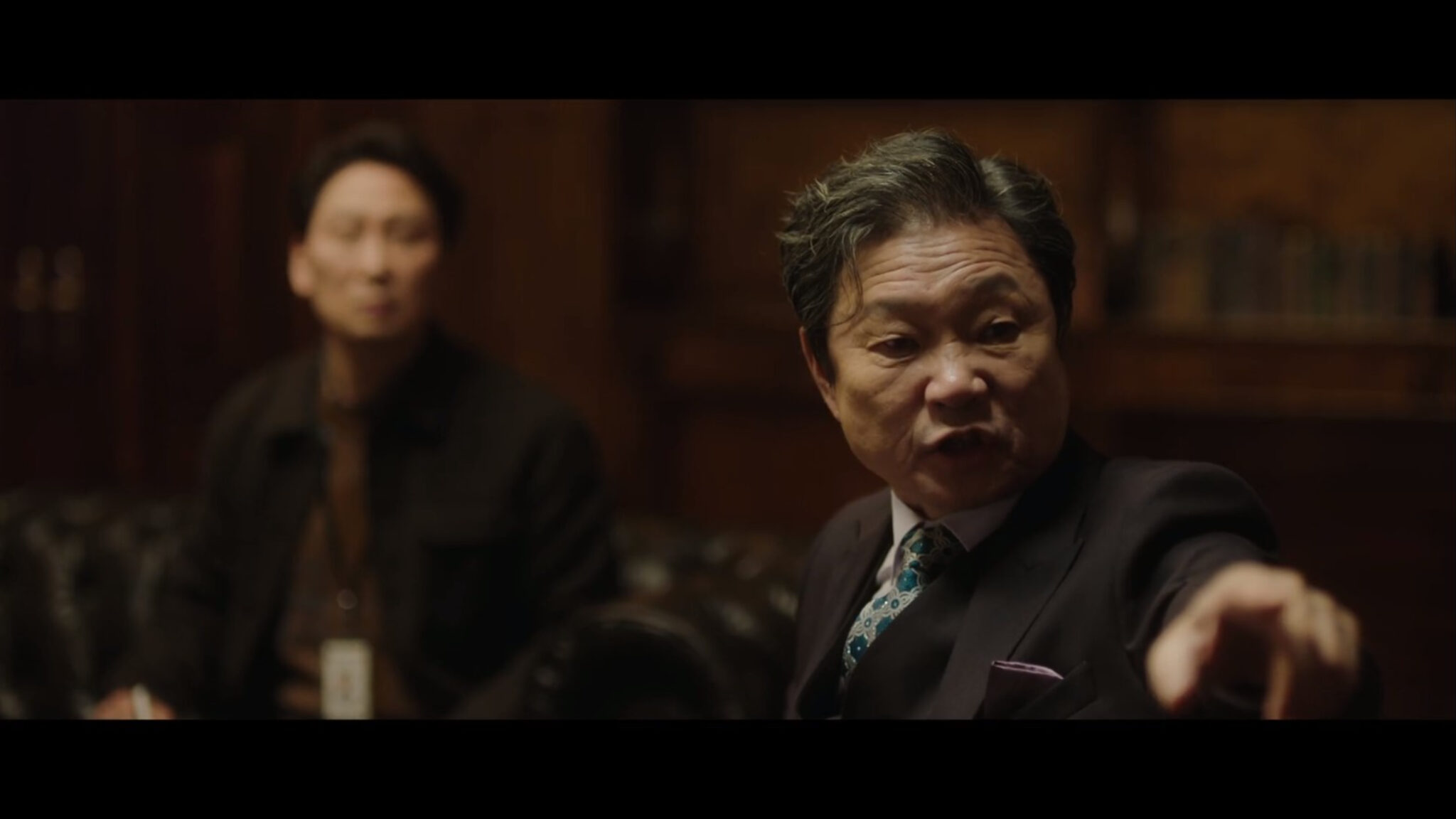 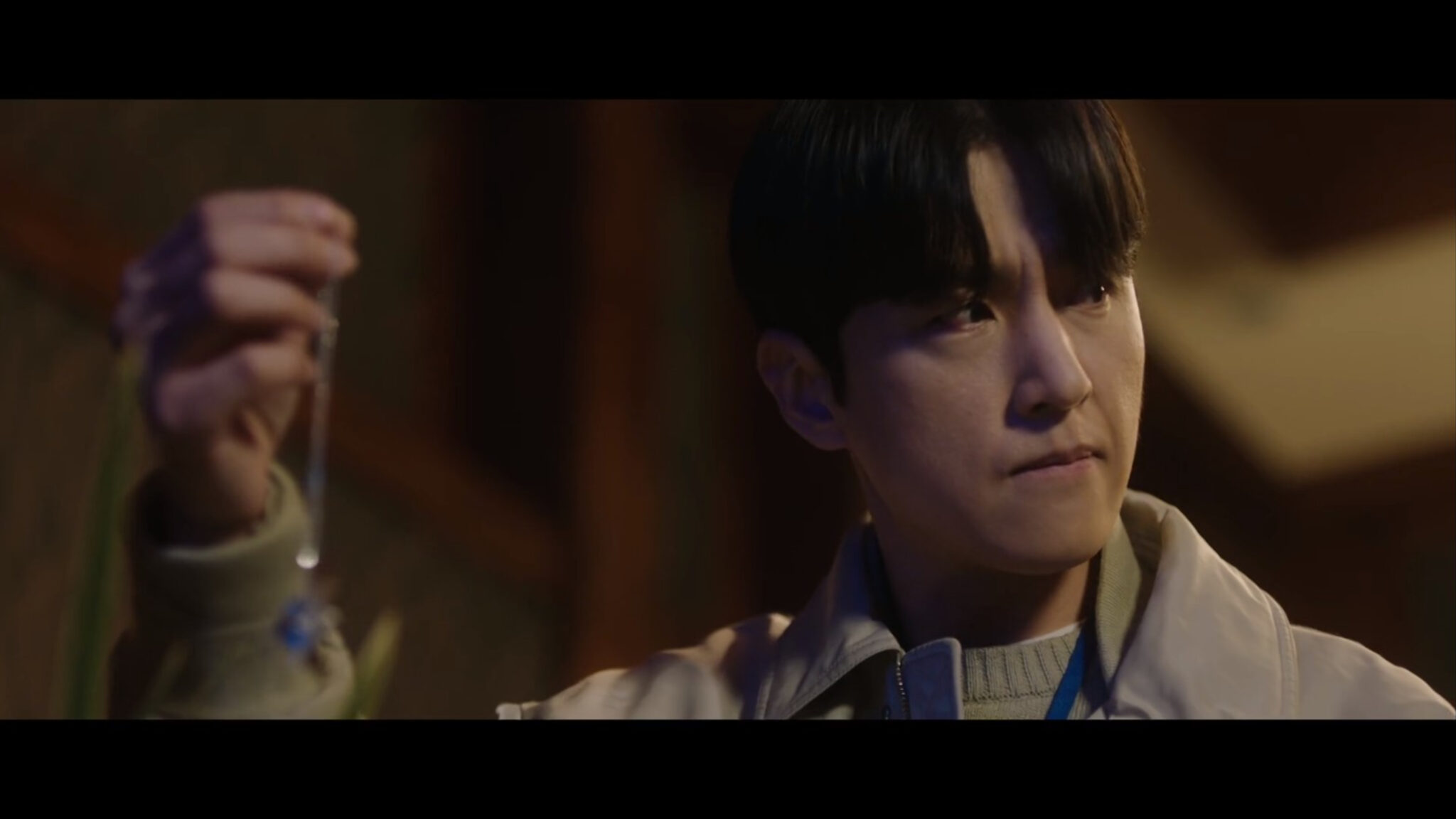 See, while Rapahel was busy learning how to dance for his (failed) flash mob marriage proposal, Gang-jae identified the surgeon who had been performing the plastic surgery operations on the criminals. Unfortunately, the surgeon is killed before Gang-jae can talk to him, but nearby CCTV footage places Duk-bae at the scene of the murder. Then, when Gang-jae and his team go to question Duk-bae, they find the missing necklace and the scalpel used to kill the surgeon hidden in the pot of Duk-bae’s beloved orchid.

It’s all a bit too convenient, so convenient that even biased-against-Rapahel-and-his-family Gang-jae has trouble believing it. When Duk-bae goes missing, Gang-jae is the only one suspicious that it was a kidnapping and not an attempt to flee the country, and his theory is correct. Duk-bae is kidnapped by the real Chairman Kim, who turns out to be none other than Duk-bae’s chief secretary. She’s also Duk-bae’s illegitimate daughter HYUN-SEOK (Park Sun-young), who he abandoned at an orphanage when she was a child. She’s been plotting her revenge ever since. 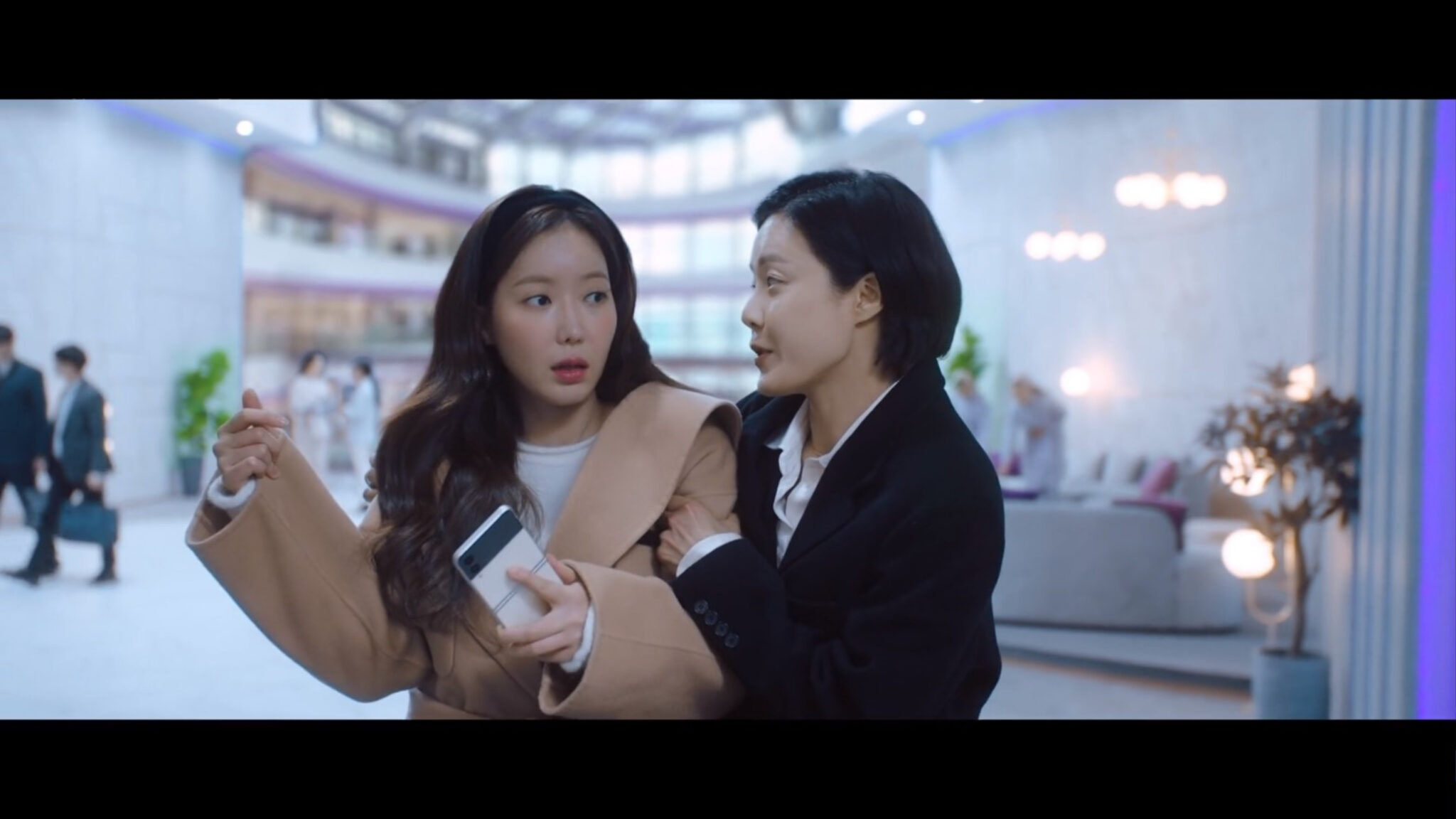 I found this reveal to be extremely anticlimactic. On paper an abandoned child seeking retribution against her deadbeat father sounds like an appropriate twist, but in execution it feels rather lackluster. I was expecting the culprit to be a prominently featured character — like Raphael or (my personal theory) Sung-il — so the shock factor would come from the character’s identity rather than their backstory. But no, let’s make the murderous mastermind be the secretary, and let’s say she fooled the cops into believing she was a man because she wore a fake muscle suit.

After the reveal, the plot is expedited exponentially because Hyun-seok gets uncharacteristically touchy-feely with Woori, who suddenly remembers feeling similarly skeeved out when Chairman Kim broke into her home. Woori promptly calls Gang-jae, but gets his voicemail. After leaving him a message explaining that Duk-bae’s chief secretary is Chairman Kim, she is kidnapped, too. 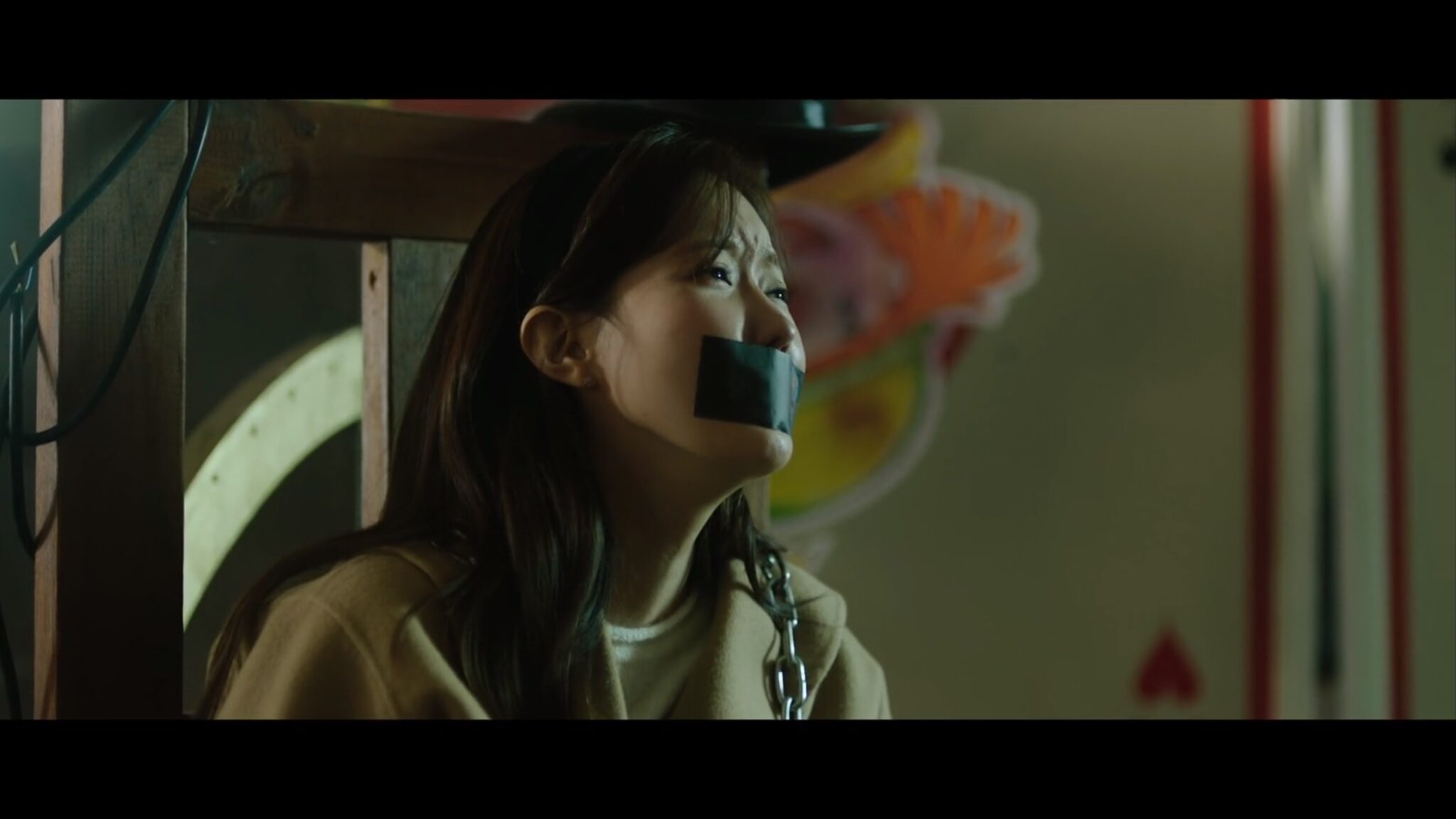 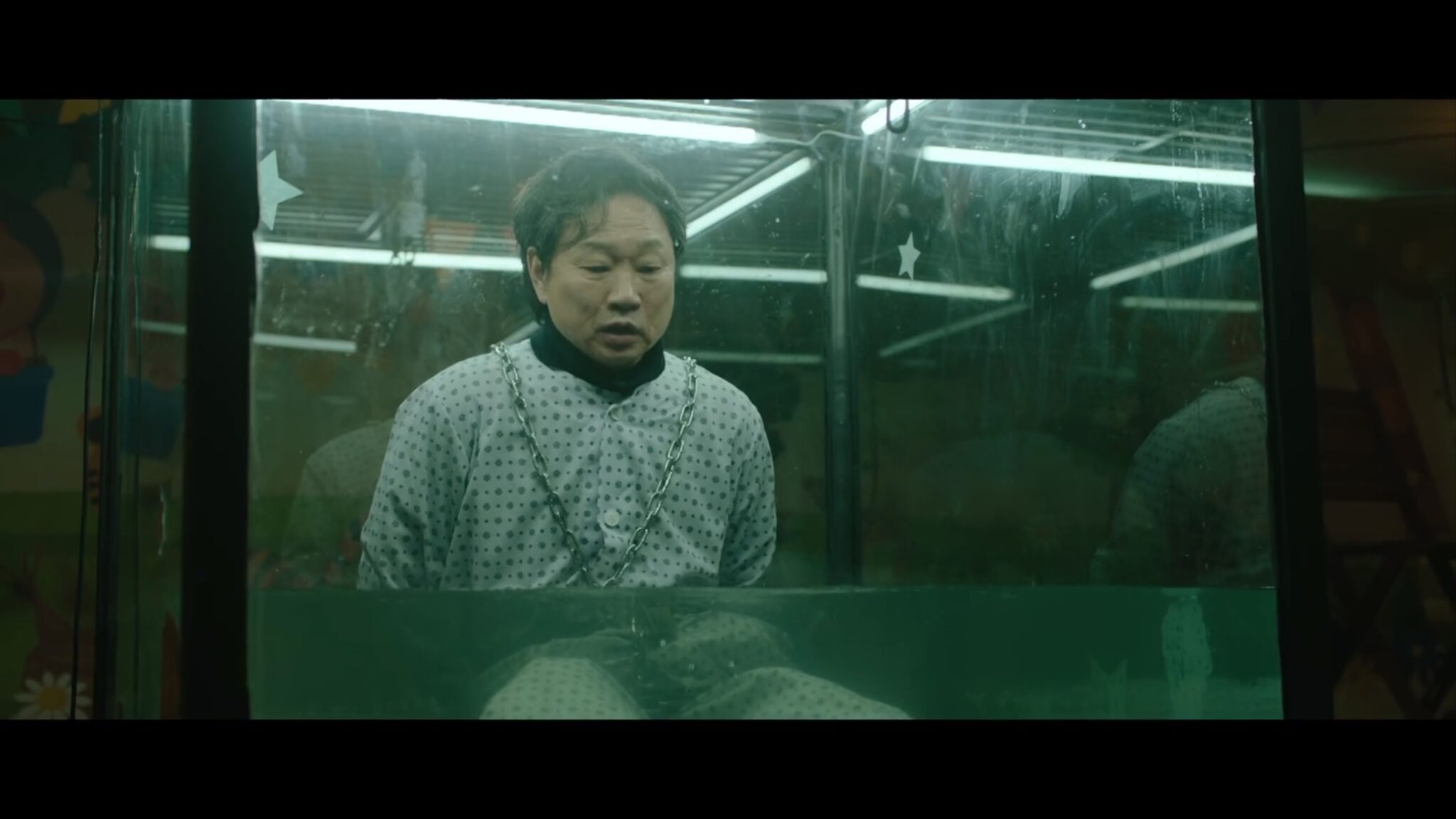 Gang-jae listens to the voicemail in time to intercept Hyun-seok’s car in the parking garage, but his stand-off with Hyun-seok lasts so long that Raphael has time to hail a cab. Raphael then follows Hyun-seok to her secret hideout, where Duk-bae is trapped in a tank with rising water, and Woori is tied to a chair with exposed wires sparking ominously nearby. Raphael prioritizes rescuing his father, oblivious to the water inching towards Woori and putting her at risk of electrocution.

Shortly thereafter, Gang-jae arrives on the scene and draws his gun on Hyun-seok, but once again — despite having a clear shot and no hostages to protect — he lets her go. He doesn’t even fire a warning shot or attempt to shoot out her tires. I’m just going to assume that he had only one bullet, and he had the precognitive forethought to save it for the next scene, when he shoots out the water tank’s glass to rescue Duk-bae. 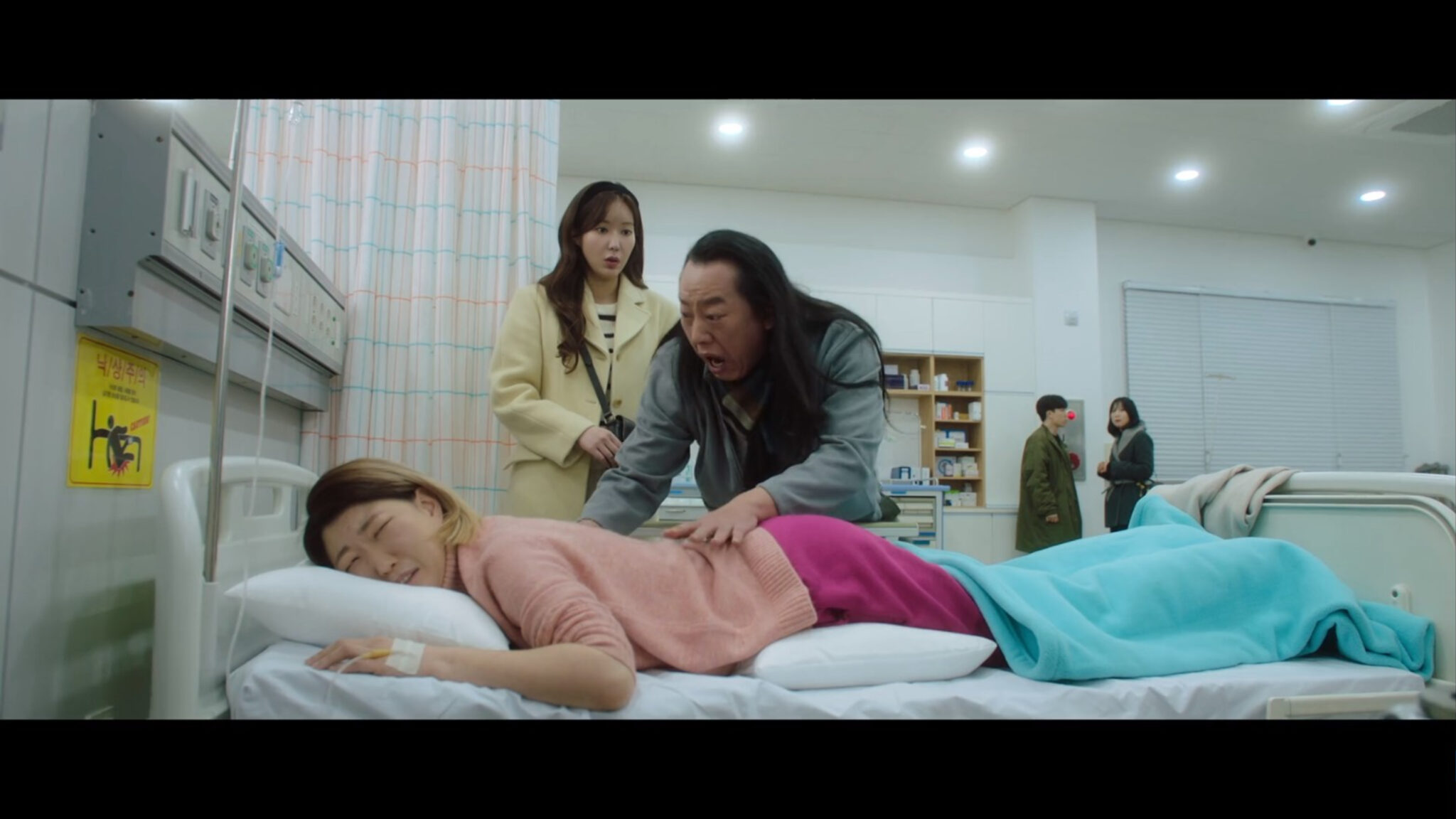 After the kidnapping, the drama’s tone shifts and leaves the murder plot behind to return to more “normal” mini story arcs. Ye-ri has a bad case of hemorrhoids, so Woori takes over writing for Mask of Desire and boots her professional career. Ma-ri’s determination to win over Raphael is reignited because of his recent split with Woori, but he quickly shuts down her advances by revealing that he’s known for quite some time that she and her mother have been scamming him. And after Eun-ran’s brief reality show stint turns out to be masterminded by Sung-il, she decides to give up her dreams of being a singer and take over as the head of the family so Grandma can retire.

But, of course, things ramp up again in the last five minutes or so. Hyun-seok turns up at Ma-ri’s house to retrieve her memory card from Mi-ja, and in light of Raphael’s most recent rejection, Ma-ri seems inclined to take Hyun-seok up on her offer to team up. Together they can and take over the world — I mean, Diamond Medical Facility! (It all feels very Pinky and the Brain, with Ma-ri obviously being Pinky.) 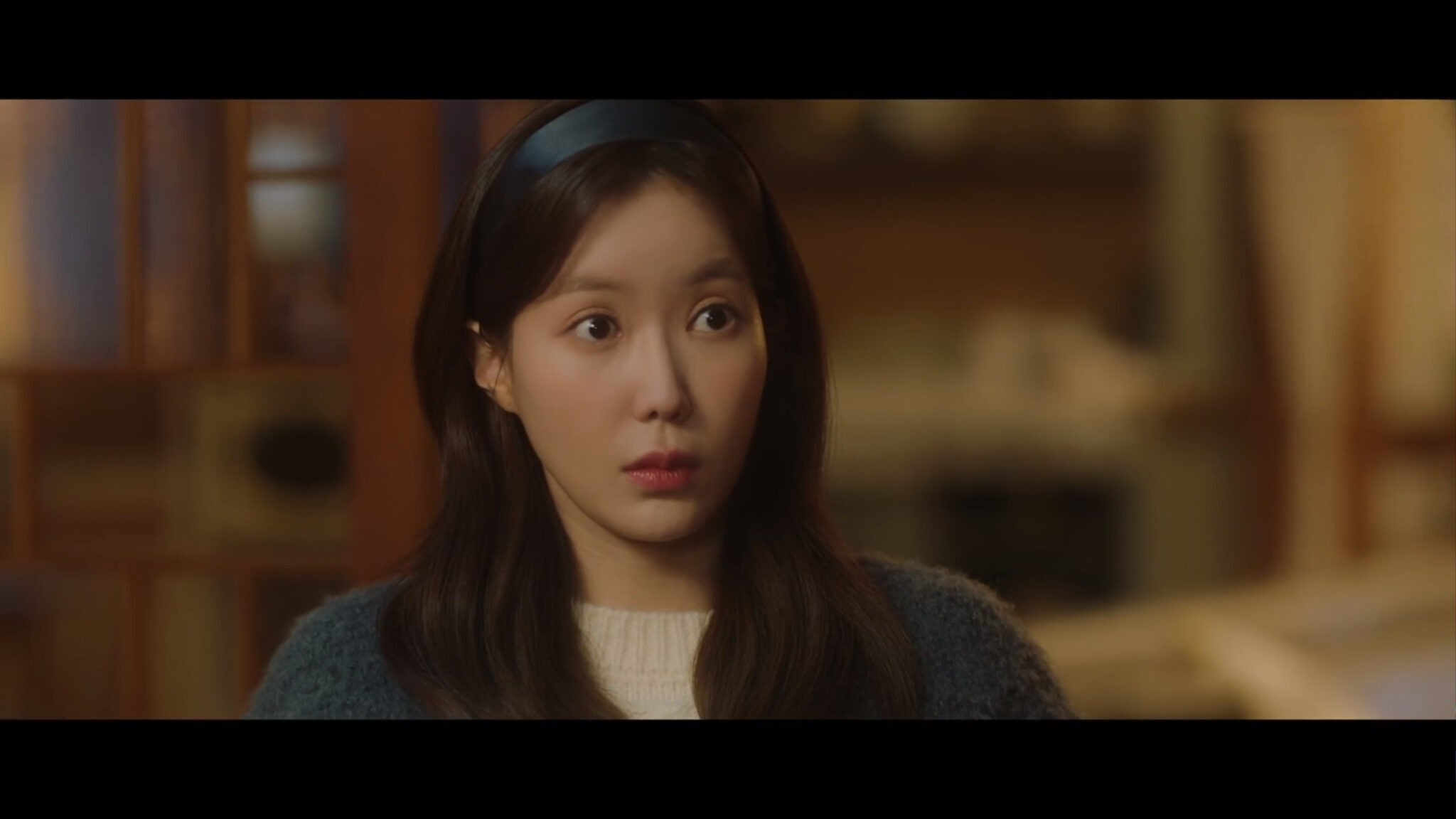 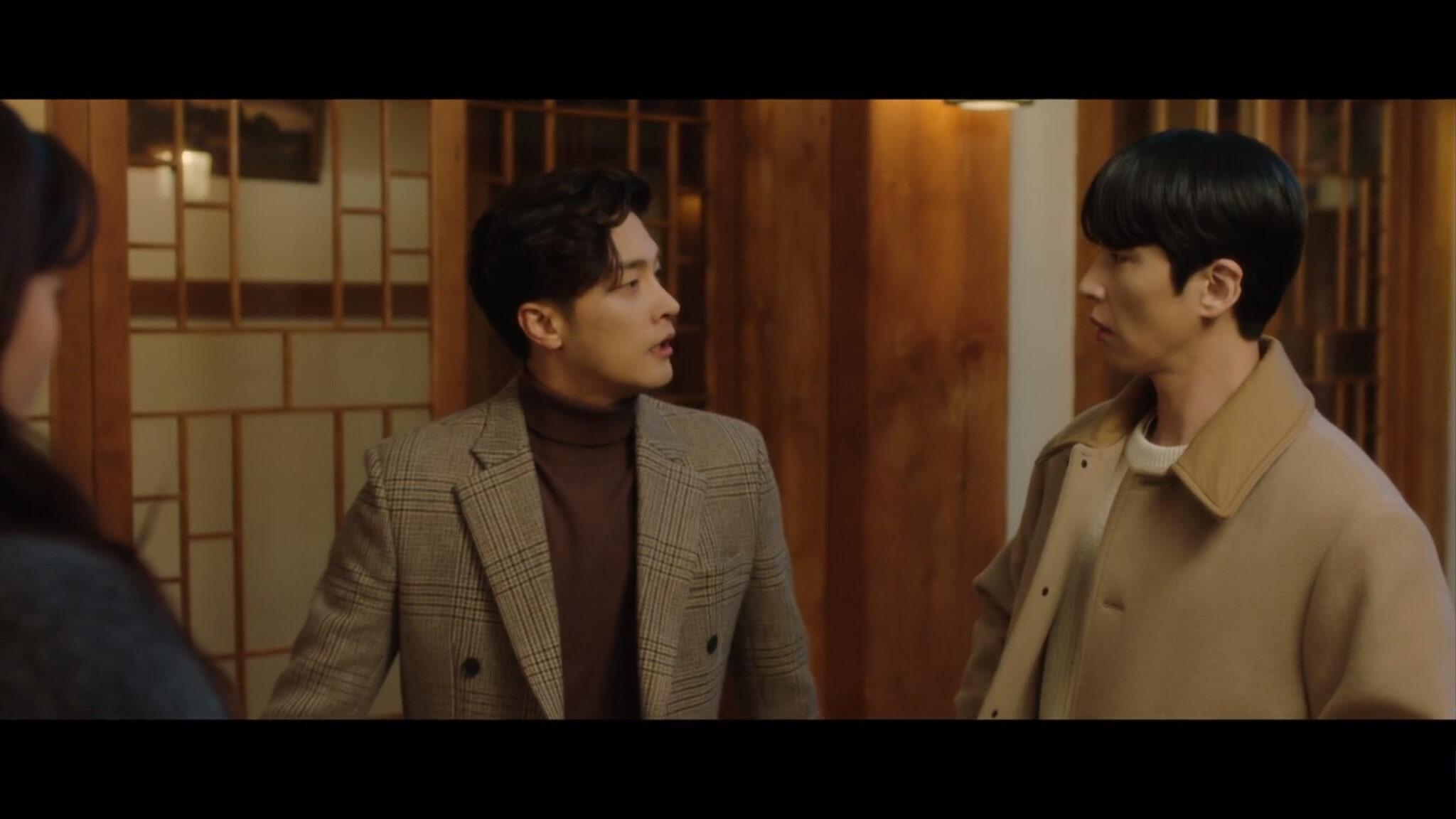 At the same time, Raphael and Gang-jae are both invited to dinner at Woori’s house, and Sung-il is shushed for trying to break the awkward silence. Gang-jae invites Woori outside for a private conversation and suggests a reconciliation, but before she can reply, Raphael swoops in and announces his own desire to mend their relationship. The episode ends similarly to last week, with Woori caught between the two feuding men and chaos erupting in the background.

Oh, how quickly my opinion can change. I’m at the point where I’m ready to kick both Raphael and Gang-jae off a cliff, and I’m hoping this series ends with Woori telling both of them to go suck on a cactus. If this drama wants to continue with its (mostly) positive portrayal of single-parent homes and end with Woori and Raphael sharing joint custody of the baby, I fully support that idea. I just wish the road to get there hadn’t been paved with this back-and-forth peeing contest between the male leads, which has devolved past the point of being amusing. 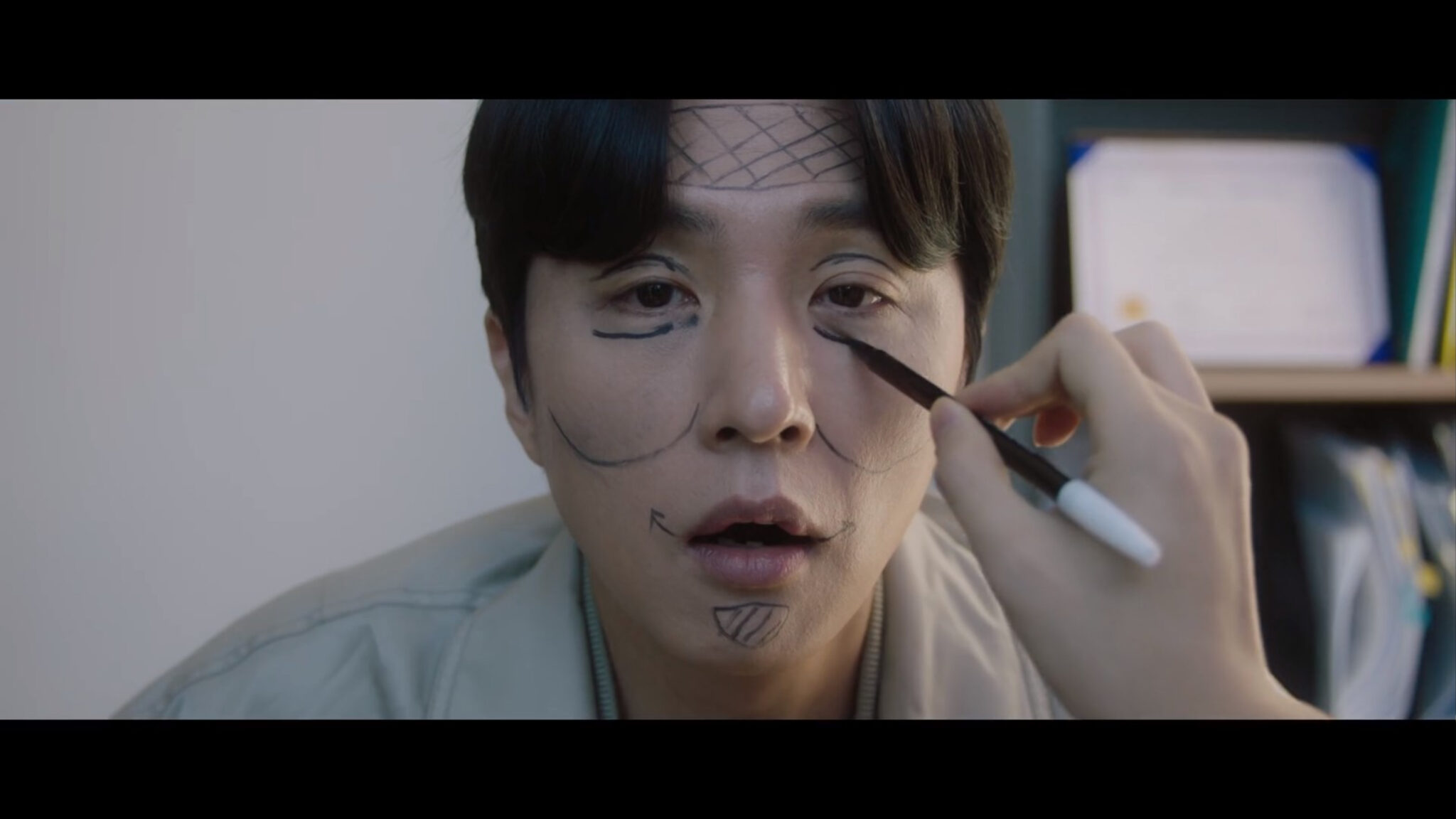 I am disappointed in Raphael. It is also out of character. Why would he propose, when she told him multiple times she wanted to take it slow. Stupid. As for Gang Jae, sir, live and let God. Move on.

Good job show for making me fall out with BOTH male leads, its gotta be a first for me. I feel like we've been lowkey going in circles with the plot so I really am questioning how they're going to wrap this up - putting my money on a time skip showing a happy Woori-baby-Raphael family montage. A pity because I would've been keen to see (or at least I was pre embarrassing public proposal) Raphael and Woori's relationship track over her pregnancy and labour and first few months raising a newborn.

Such a boring drama it had become! I ve no connaction with any characters. It is just circleing around same thing almost half of the show. It is not only writing. I'm Soo Hyang is the most boring in the cast as a Woori. I saw the original on netflix. She also should have watched coupel episodes 😁I droped it on Monday.

I agree that Wooris character is a bit flat when compared to the others - it's almost that she doesn't realise she's in a telenovela remake! 😂 thanks for the weecap @daebakgrits, I agree with your conclusions! I'm not sure how they are going to fast forward through the pregnancy with this one...I definitely had the same thought of Woori raising this baby in her group of strong women, the MLs seem to have lost the plot this week...

I don't even care about Woori or the baby plot anymore. I'll just keep watching to look at Raphael. That actor is such a pleasure to watch.

For me, it’s Gang-jae.. his smile is so satisfying especially when he bites his lower lip.

Nailed it! So disappointing.