Ji Sung tries to find Adamas before time runs out

With the premiere now just over a week away, tvN’s mystery thriller Adamas has been pushing out more promos, including a new poster and video teaser, as well as new stills.

Who needs only one when you can have two tortured heroes? And the cherry on top is that they’re both played by Ji Sung (The Devil Judge)! Taking on the roles of twin brothers, crime novelist Ha Woo-shin and prosecutor Song Soo-hyun, the mission is to find their stepfather’s real murderer and free their biological father, who was wrongfully convicted of the crime.

This means finding “Adamas,” the key clue to the murder, which is somehow connected to the chaebol group Haesong. But it’s difficult to tell if their daughter-in-law Eun Hye-soo – played by Seo Ji-hye (Kiss Sixth Sense) – will be friend or foe for the twins.

Another wild card is Lee Soo-kyung (Law School), who plays local news reporter Kim Seo-hui. Although she is passionate about upholding justice and wants to help the twins, she seems to be hiding secrets of her own as well.

The video teaser begins with a funeral and a flashback as one of the twins narrates, “Mother’s dying wish, an anonymous letter, the murder weapon that disappeared, Adamas” followed by a text screen that reads: “The younger brother who searches for evidence.” We follow Novelist Ha as he makes a visit to the head of Haesong. Introducing himself, he asks if Haesong’s offer is still open, and when they can start the interview. The chief housekeeper briefs him on their protocols.

We then cut to Oh Dae-hwan (The Red Sleeve Cuff), Haesong’s “problem solver,” who has a suspicious conversation about witnesses causing trouble and whether suicide is better than going missing. On cue, Novelist Ha runs into daugther-in-law Eun Hye-soo who warns him: “In this house, the more you know, the more you are at risk. You put yourself in more danger right now.” Ha is then confronted by chief of security Heo Sung-tae (Insider), who puts him at gunpoint and demands to know his identity.

A text screen then introduces us to the next hero: “The older brother who searches for the real culprit,” as Prosecutor Song is surprised to finds allies to help his case. Director of police special investigations, Choi Deok-moon (Doctor Lawyer) explains his motive: “Do you know how many presidents were placed in that seat by Haesong? We’re trying to put an end to that era.” But our young Reporter Kim provides a simpler reason: “I know. That person is innocent.” Song then questions his biological father Jo Sung-ha (Lovers of the Red Sky) in prison, “If you were wrongfully accused, why did you confess?”

We then return to Eun Hye-soo, who continues her warning: “You’d better hurry if you want to catch the real culprit. Time is not on your side.” Amid an action-packed sequence, we also get a series of text screens reading: “A diamond arrow covered in blood. Steal Adamas. Two but one. Twin brothers hunting for the truth.” The teaser comes to a close with Prosecutor Song promising Reporter Kim that he’ll help her, just like she helped him. He declares, “It’s my turn now. I’m going to make sure to catch him.”

With writing by Choi Tae-kang and PD Park Seung-woo directing, Adamas premieres next week on July 27 in tvN’s Wednesday-Thursday slot. 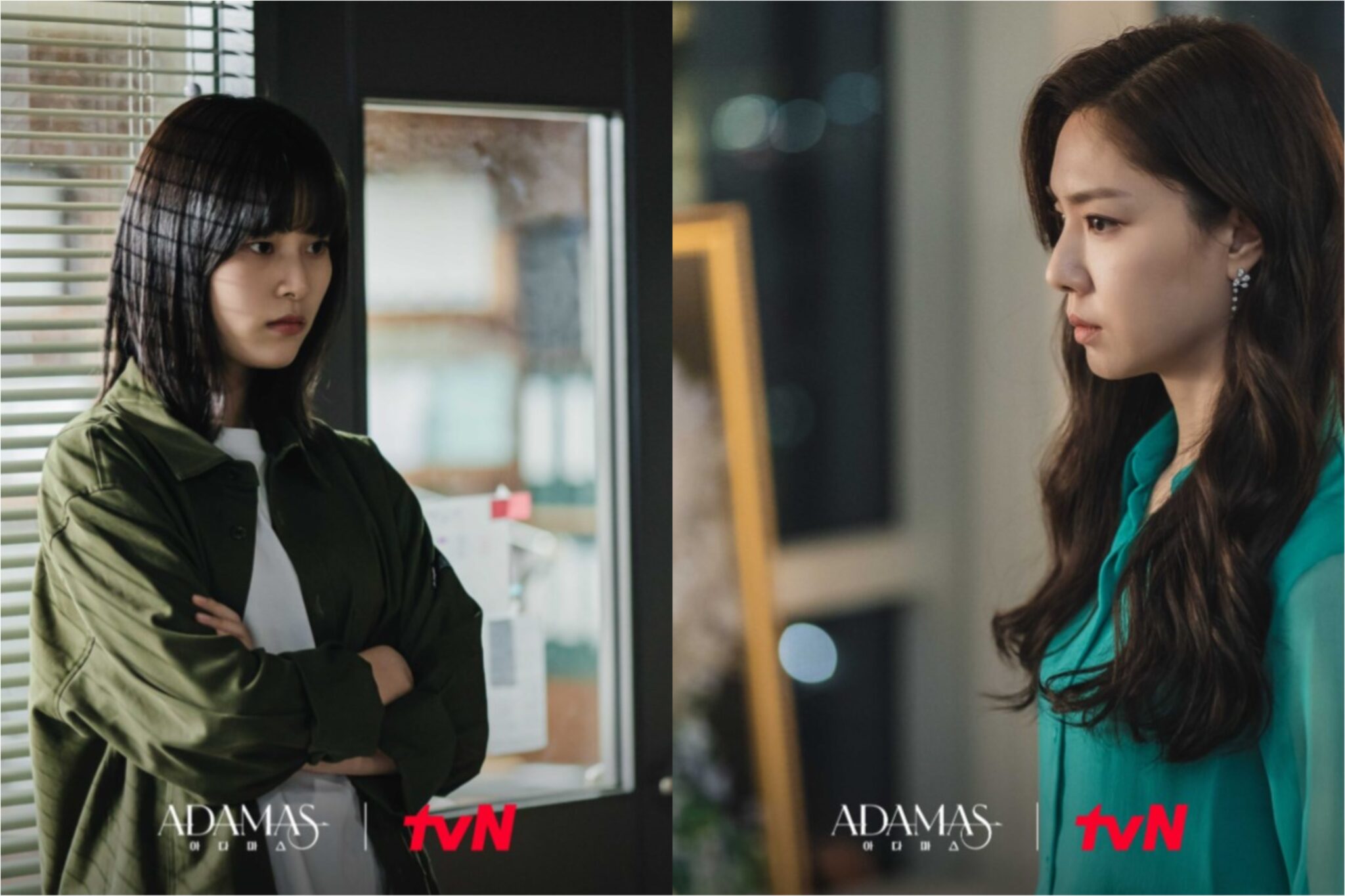 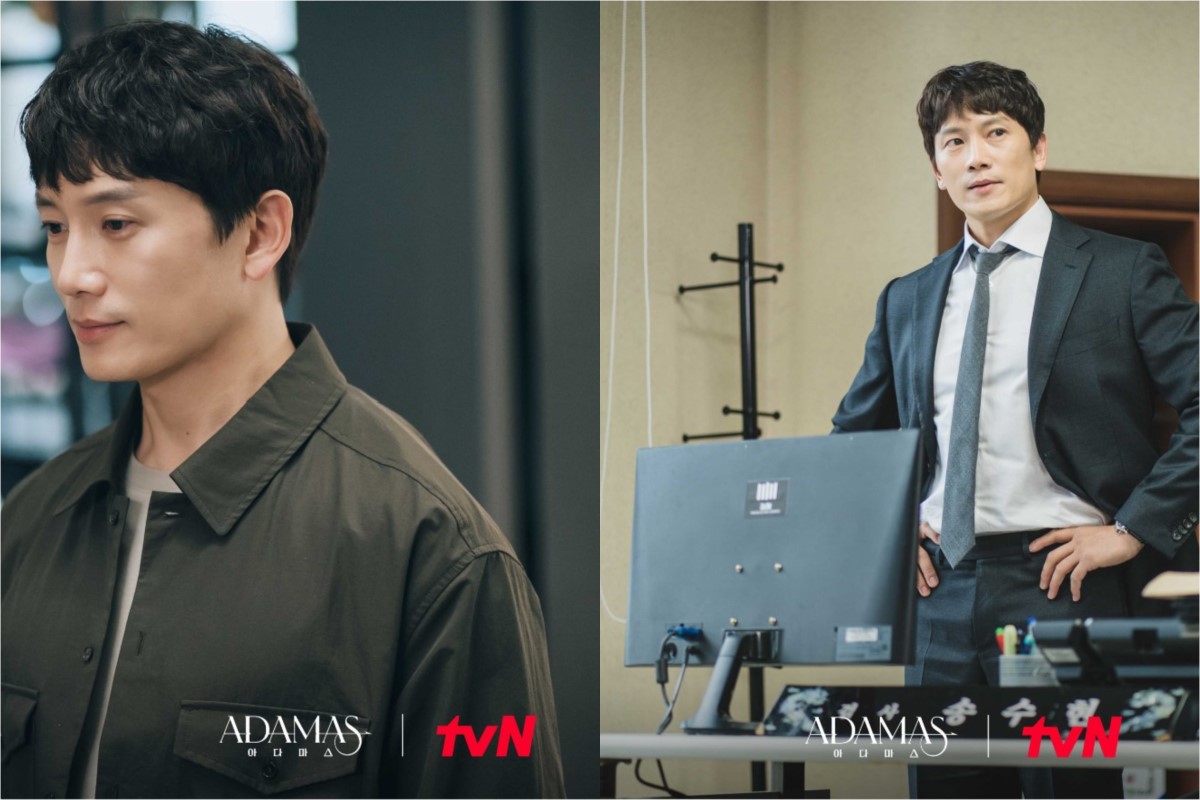 I can't wait! On a shallow note, I wish dramas would have Ji Sung wear his hair up. He looks so good that way.

I lurve the novelist Ji Sung look more than the prosecutor look. It ain't supposed to be so. When did supposedly rough start looking better than collected☺️?

I think I might get worst case of second-lead-syndrome that one can imagine...two ji sungs are giving me mini heart attacks 😬