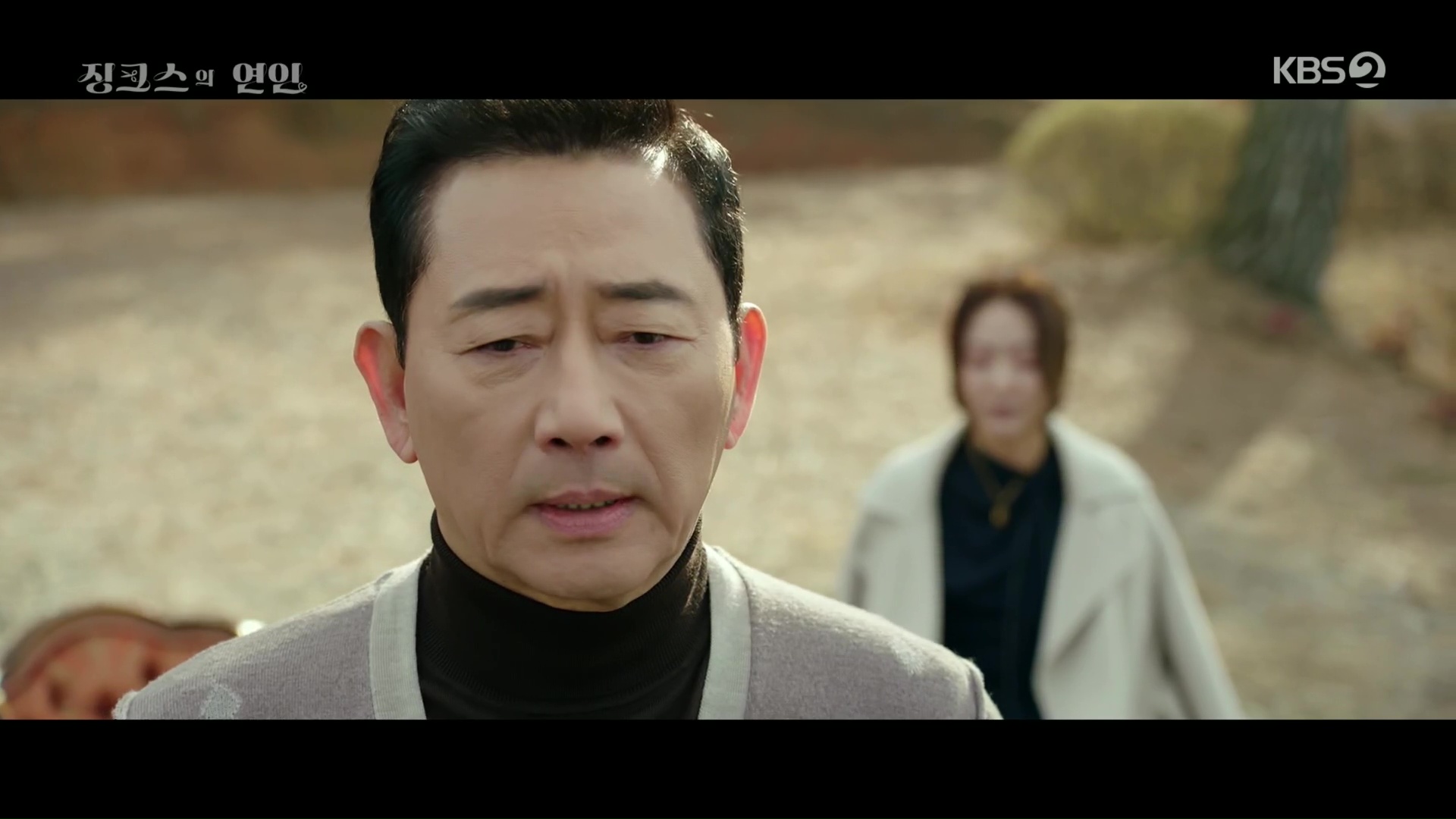 A day of reckoning arrives on multiple accounts, forcing awkward conversations, desperate actions, and reluctant confessions. It also begs the question: is the future set in stone, or can it be changed? 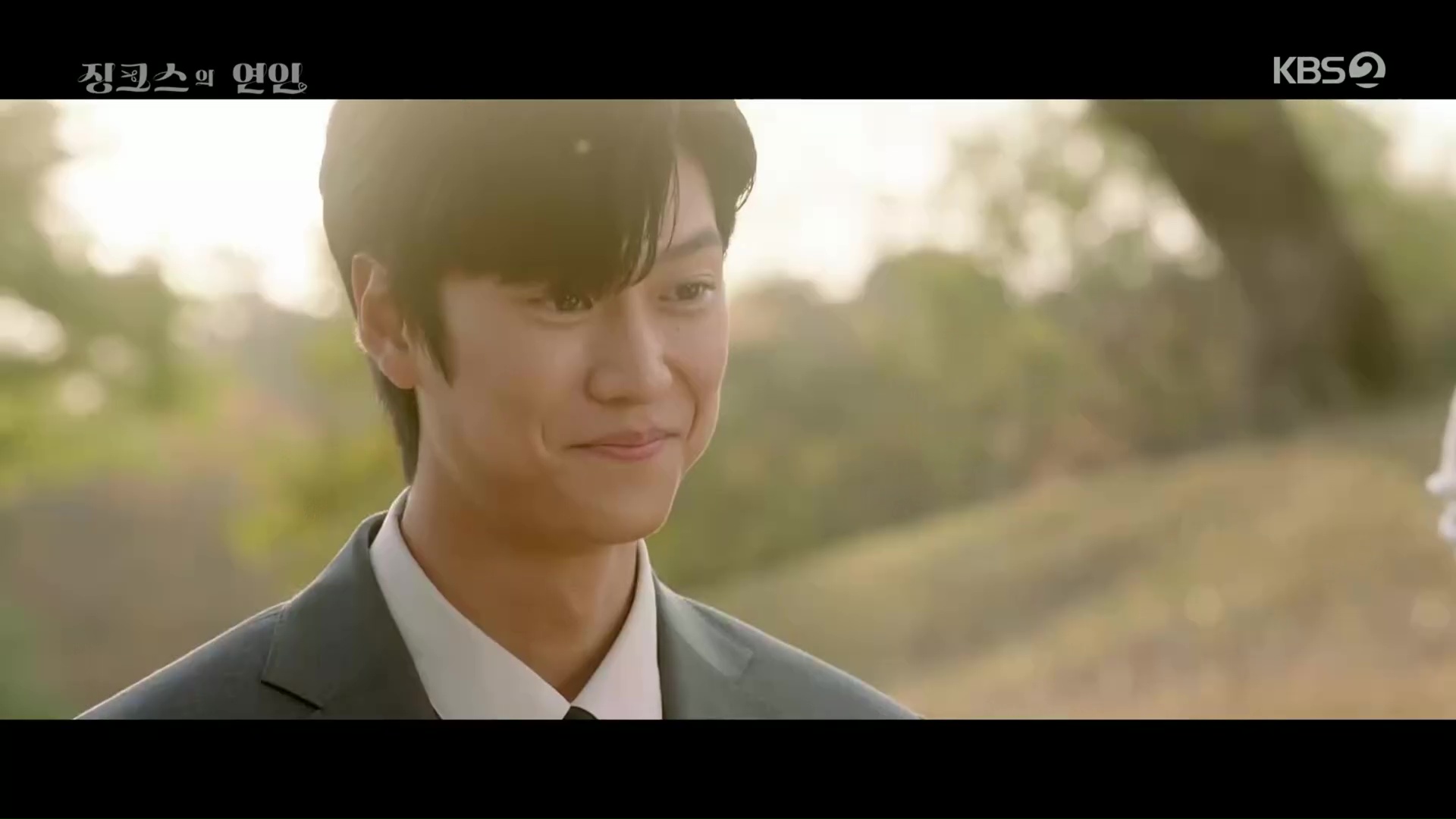 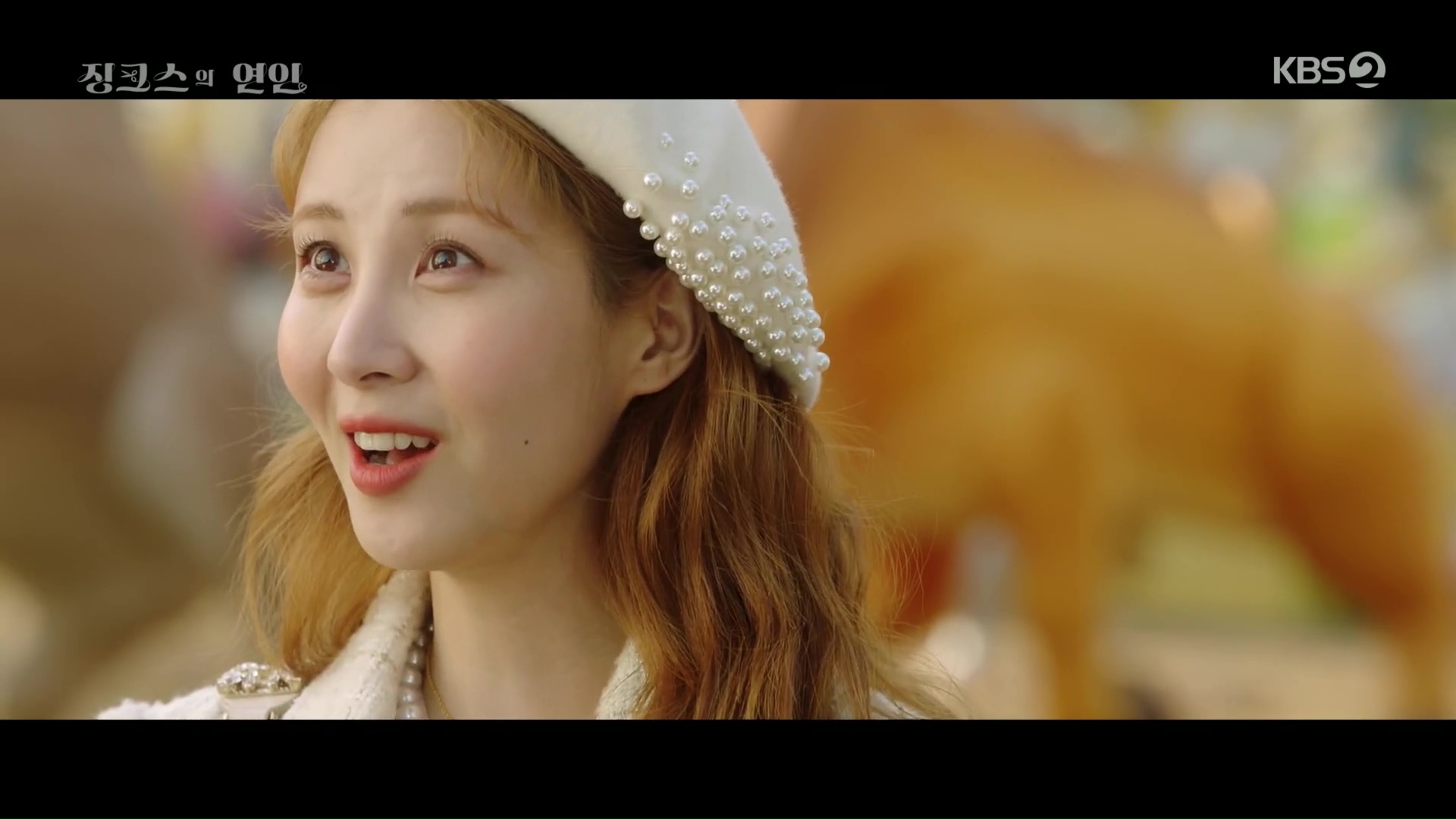 Now that they’re together again in more than one sense of the word, Seul-bi and Su-kwang enjoy spending time together, much to Min-joon’s frustration. And honestly, to an extent, I can’t blame him. He may have been acting like a spoiled brat for much of the past several weeks, but he’s also being intentionally kept in the dark about hugely important details for no good reason.

Even Mi-su gets to the point of prodding Chairman Sun over when he plans to tell Min-joon that Seul-bi is his daughter. But though Mi-su finally tells Seul-bi (who’s disgusted by the news), poor Min-joon has to find out by accident. Because Chairman Sun isn’t ready to tell his own son, but he is ready to start filing paperwork to get Seul-bi added to the family registry. 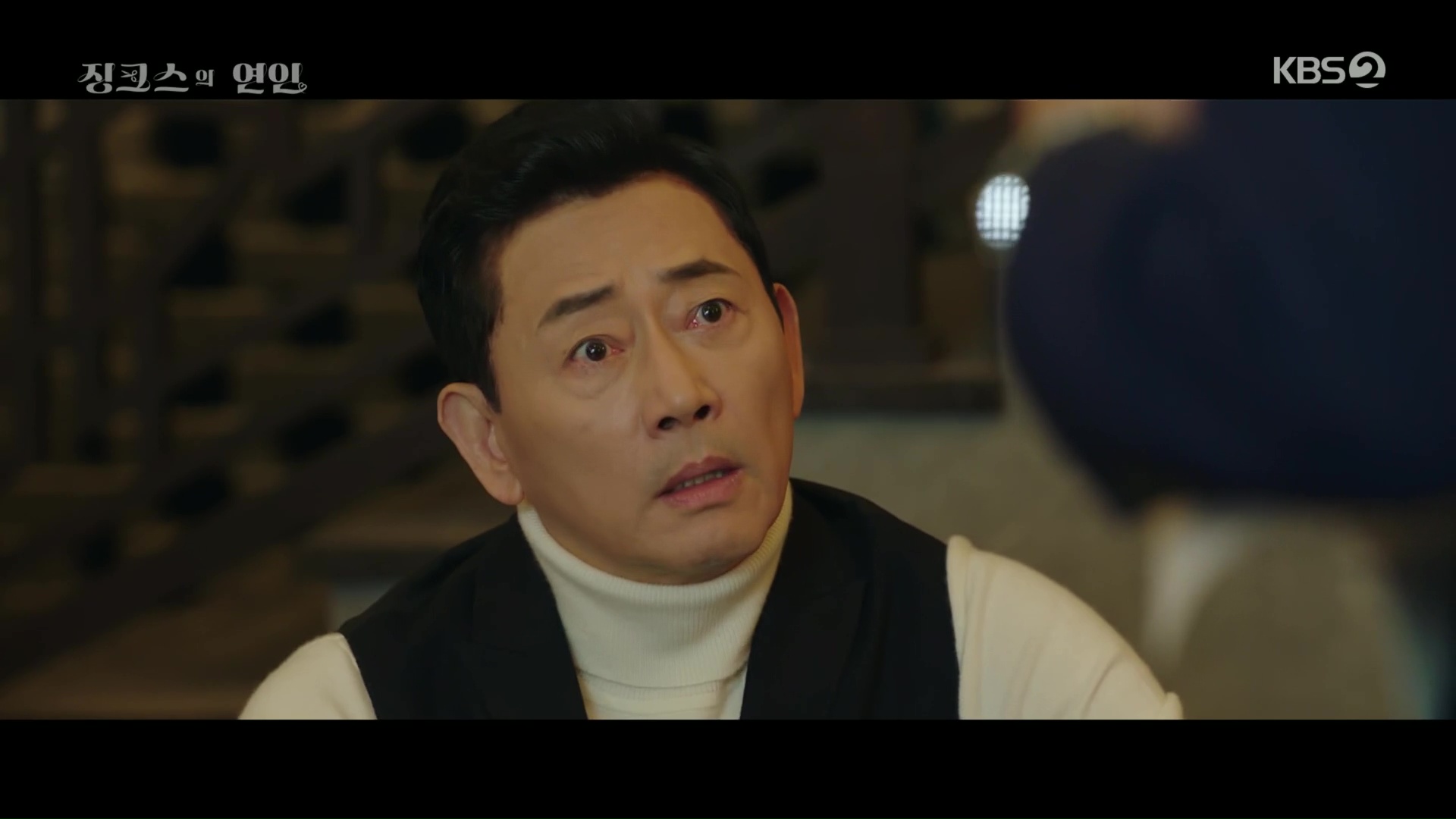 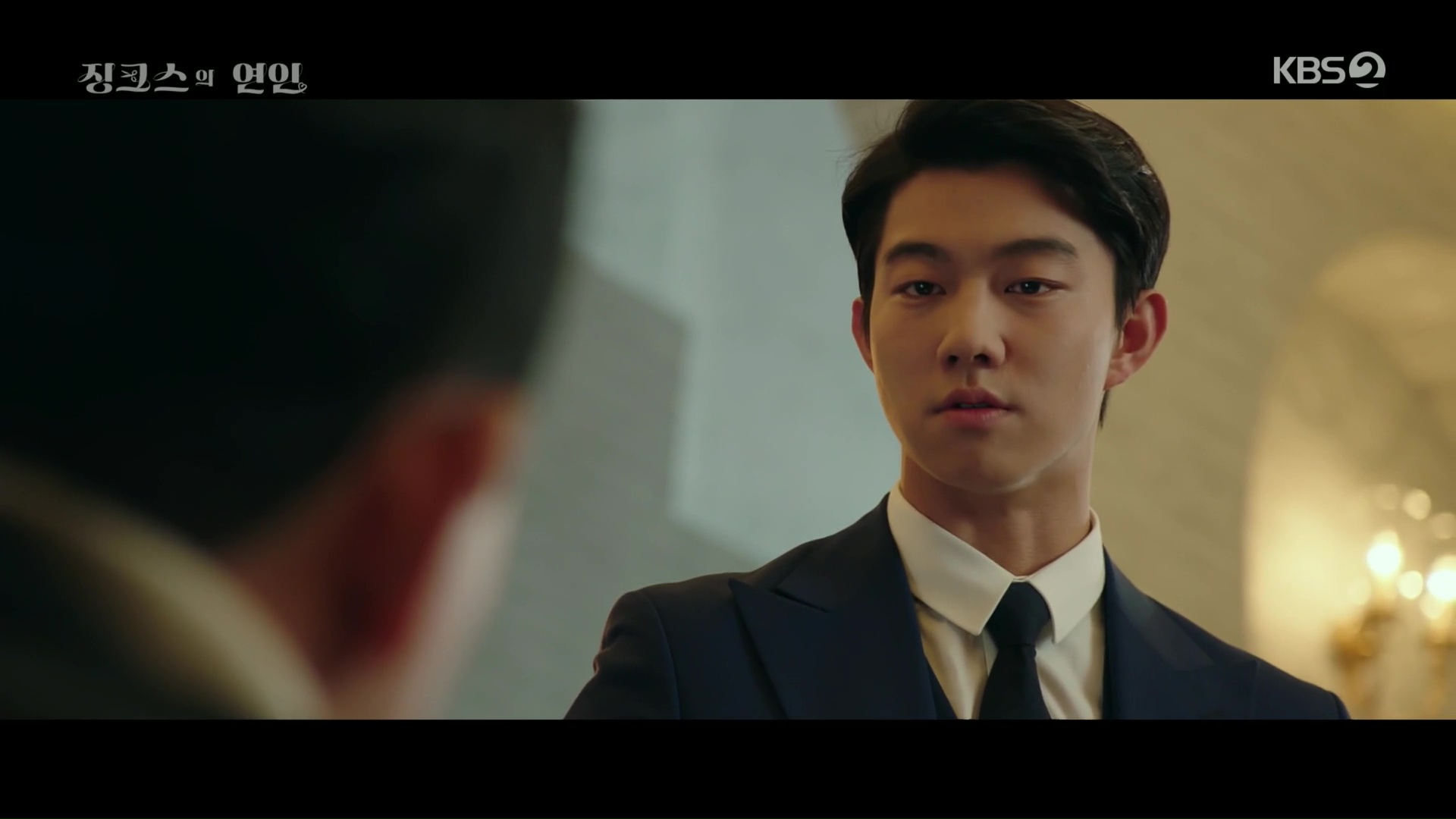 Min-joon happens to walk in on Chairman Sun’s secretary arguing that registering Seul-bi as his daughter will bring up all sorts of inconvenient questions about the way she was raised. As one might expect, Min-joon is crushed and mortified, but all things considered, he handles it fairly well. After storming out of his father’s office, he takes some time to reflect and then talks it out with Seul-bi.

Both decide that what they thought were romantic feelings (his more than hers, of course, though she admits to wondering if she had a crush on him) must have been familial instincts. That gives them enough peace to accept each other as siblings and move on – but not so far as their father is concerned. For the time being, they want nothing to do with him. 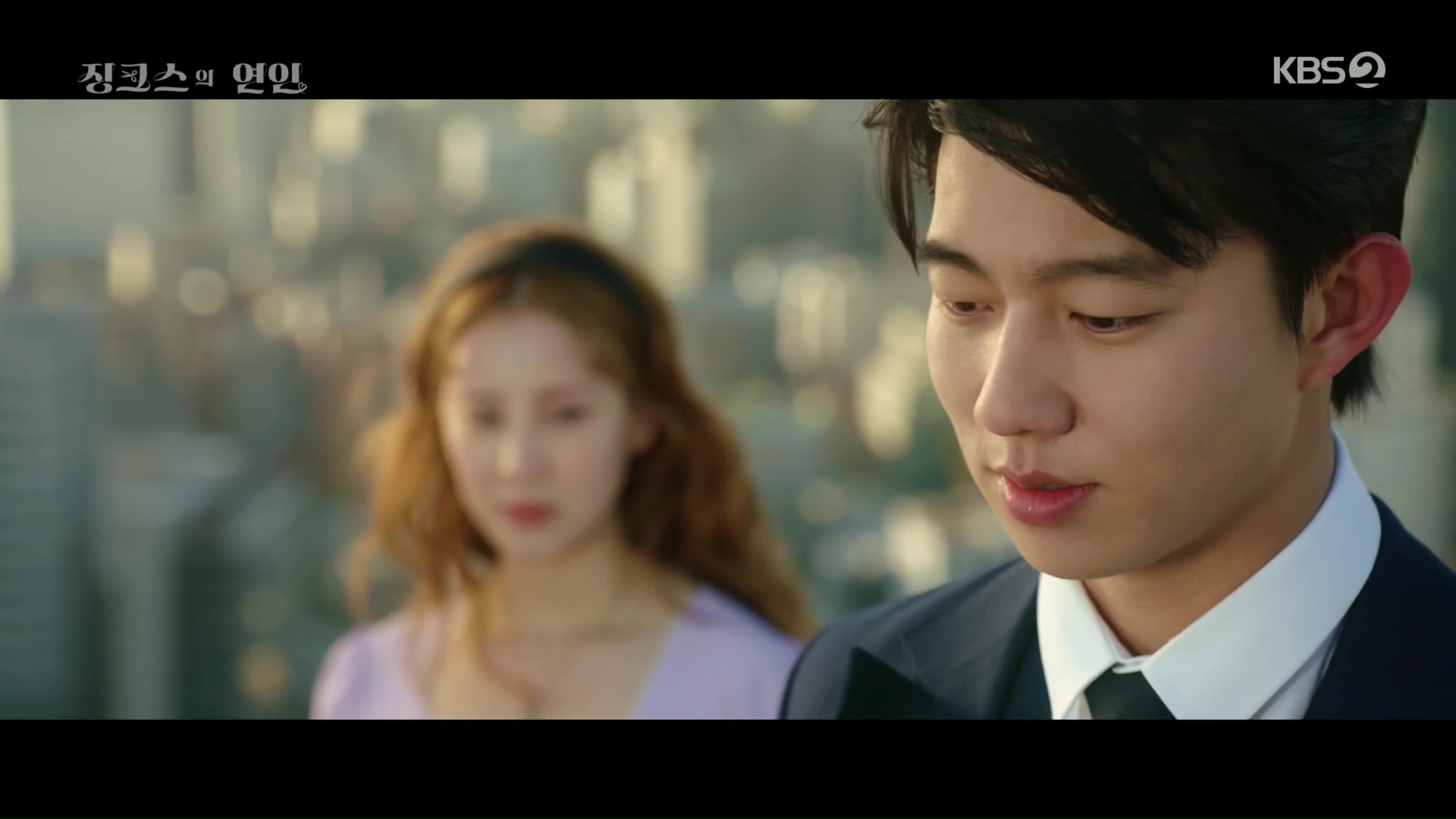 In fact, there’s a refreshing theme this week of Chairman Sun having to face his accusers – namely Seul-bi and Ok-jin – and take their vitriol instead of forgiveness. As Ok-jin points out, he may be acting contrite, but it’s really only because he’s afraid for Min-joon’s future. Let’s not forget that not too long ago, this same man was shouting that Mi-su and Seul-bi were talismans, not people.

And Chairman Sun isn’t the only one being stood up to. Dong-sik may be a terrible person, but he’s also been verbally and physically abused by his father, and as his livelihood crumbles around him, he determines not to take it anymore. Fortunately for him, he planted a recording device on his father the day Seul-bi made her terrible prophecy about the descendant who would take on the family curse. 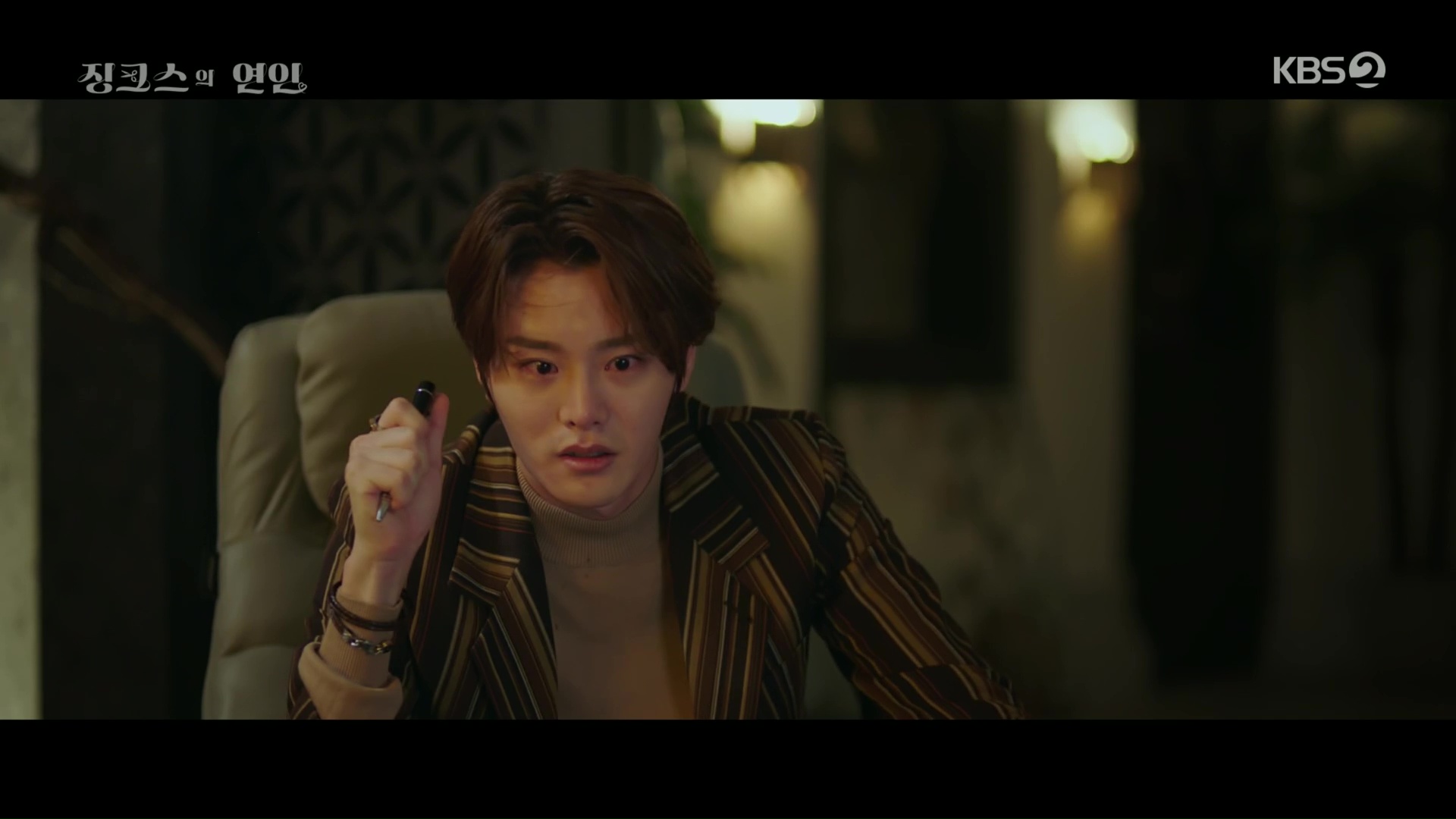 This curse is now explained to be the buildup of all the misfortune the female shamans have helped their captors avoid. It never goes away, but accumulates to be passed down through the bloodline. And it’s conveniently fated to skip over Chairman Sun and land on Min-joon instead. Why? Because the prophecy said so.

Armed with a basic understanding of Seul-bi’s prediction, Dong-sik decides it’s time for that prophecy to be fulfilled. While everyone else is occupied, he calls Min-joon up and tells him Grandpa has something important to tell him. Min-joon suspects nothing, and heads right over to the mental hospital. Both Mi-su and Seul-bi seem to sense what’s happening, but they’re powerless to stop it… 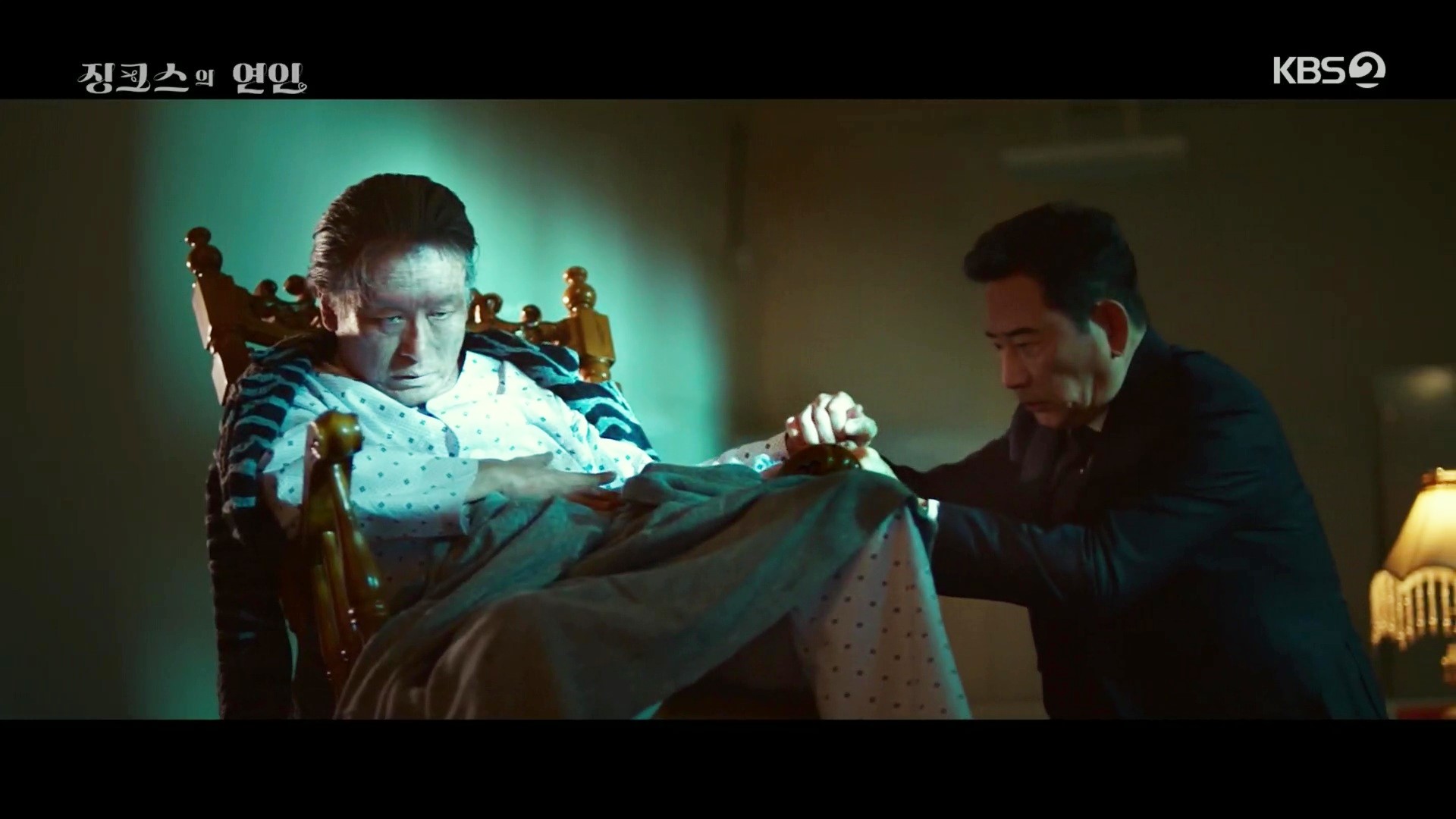 But even Min-joon is too late, because Chairman Sun beats him to it. Kneeling beside his father, Chairman Sun takes his hand and willingly invites the curse upon himself. By the time Min-joon arrives, his grandfather has passed away, and his father is on the way back home in a conscious-but-completely-unresponsive state.

All Chairman Sun can do now is sit, stare into the distance, and occasionally make unintelligible sounds. But he clearly planned for this, because he’s already laid the groundwork for Min-joon to take his place as chairman.

Seul-bi’s response to the whole situation is complicated. She’s still coming to terms with her parentage, and on top of all that, Chairman Sun’s actions challenge her understanding of her own power. If he was able to change Min-joon’s future, does that mean she can also prevent things she’s already seen? 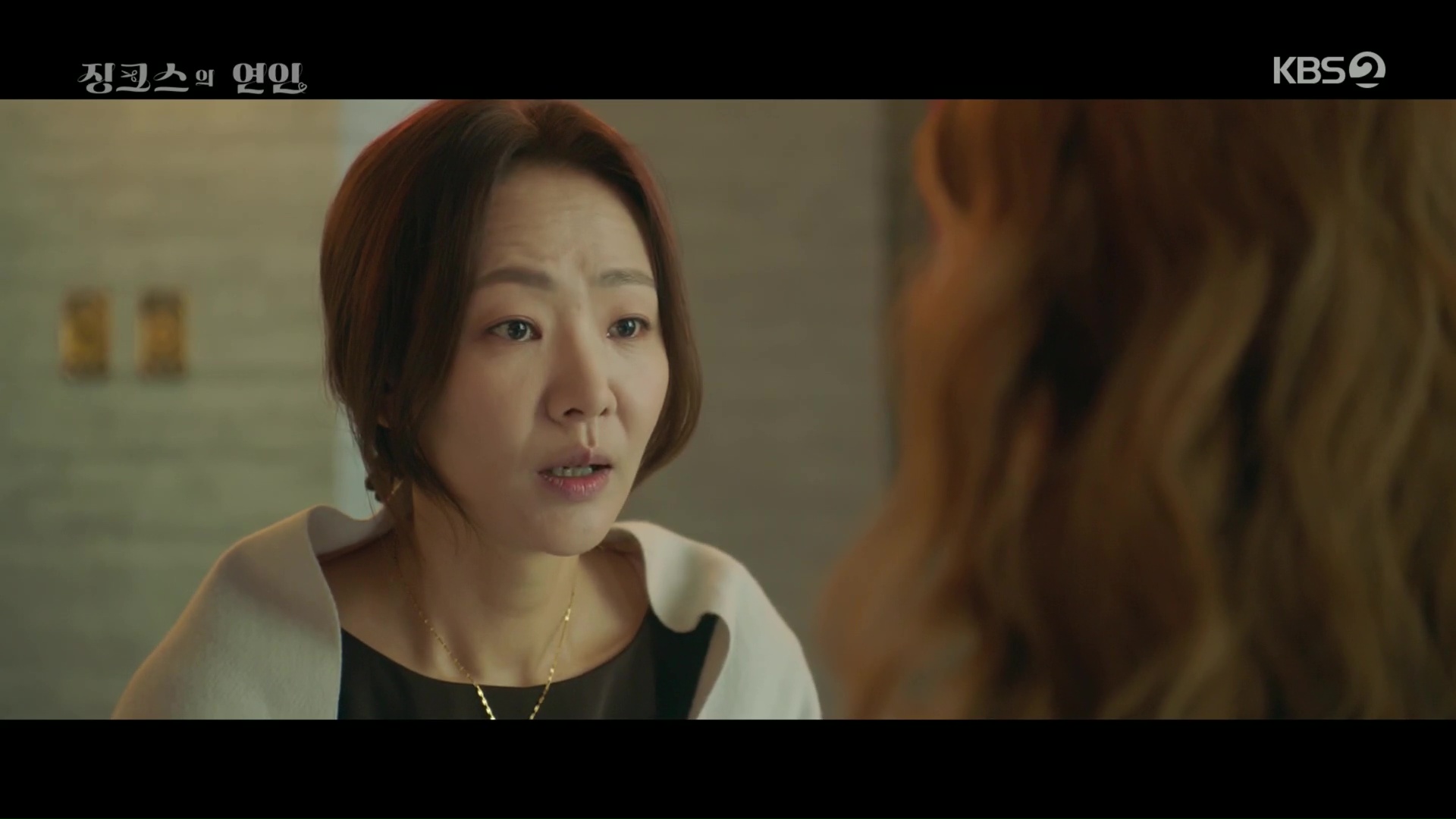 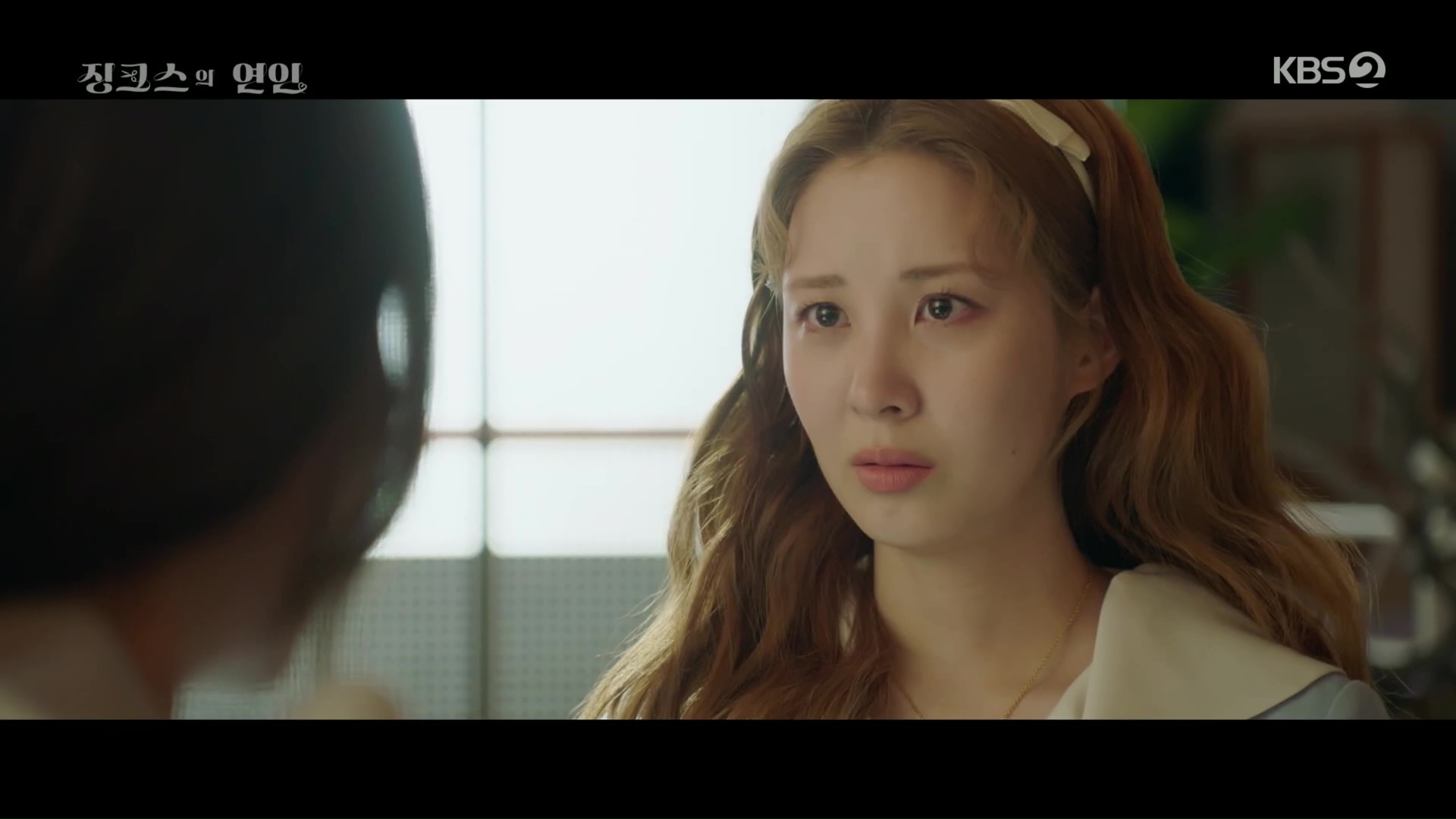 It’s an important question, because she’s seen a future that terrifies her. Since she can’t look into her own future, she’d asked Su-kwang to let her see his, because theoretically, she’d be in it. Instead of a happily-ever-after, however, she saw her secret being exposed to the media and Su-kwang taking a bullet for her.

She doesn’t tell him what she saw, though her reaction makes it obvious that it wasn’t good. Despite her mother’s warnings that some futures can’t be avoided no matter how hard you try, she decides to do whatever she can to stop it from happening. 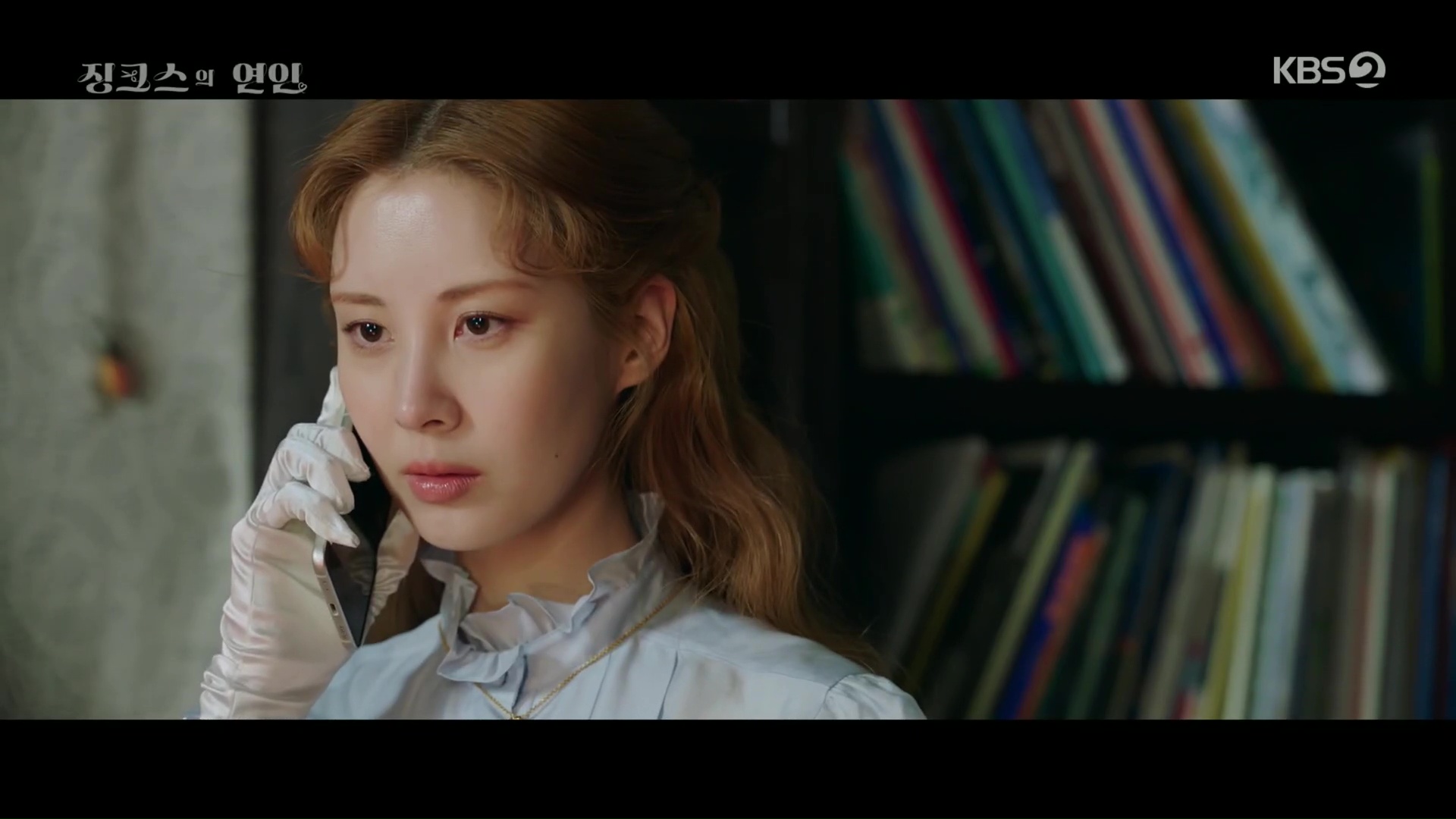 First, she tips off the police about the murder attempt on Su-kwang two years ago, working behind the scenes to get all parties involves – especially Il-joong, but minus the fisherman, at Su-kwang’s request. But she hasn’t counted on Dong-sik.

He’s slippery, cunning, and vengeful, and he knows she’s responsible for much of his and his father’s recent downfall. And he has a hidden card: the former nurse who used to be in charge of Seul-bi’s care, who was dismissed and imprisoned in the mental hospital after Seul-bi’s first encounter with Su-kwang. 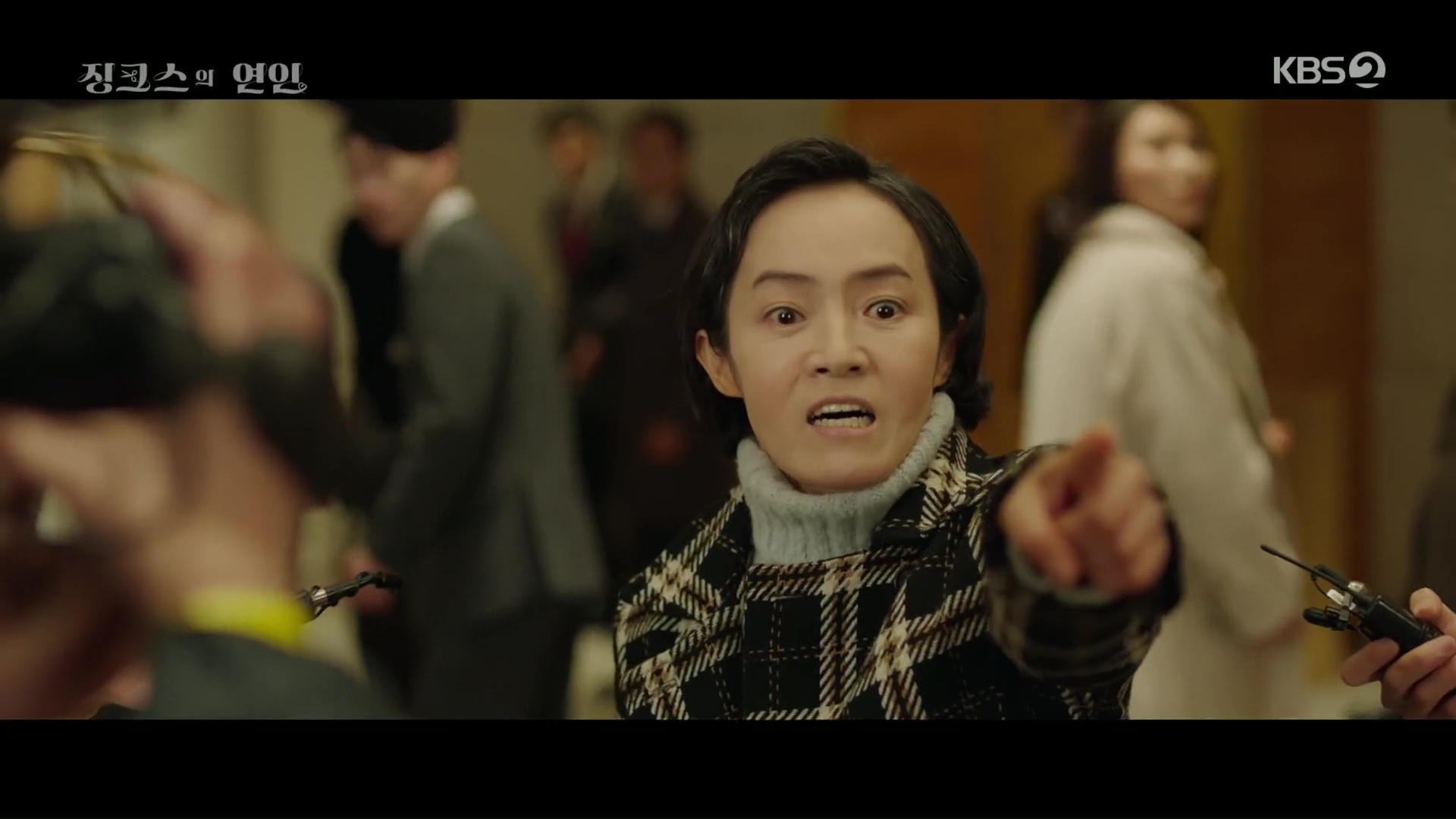 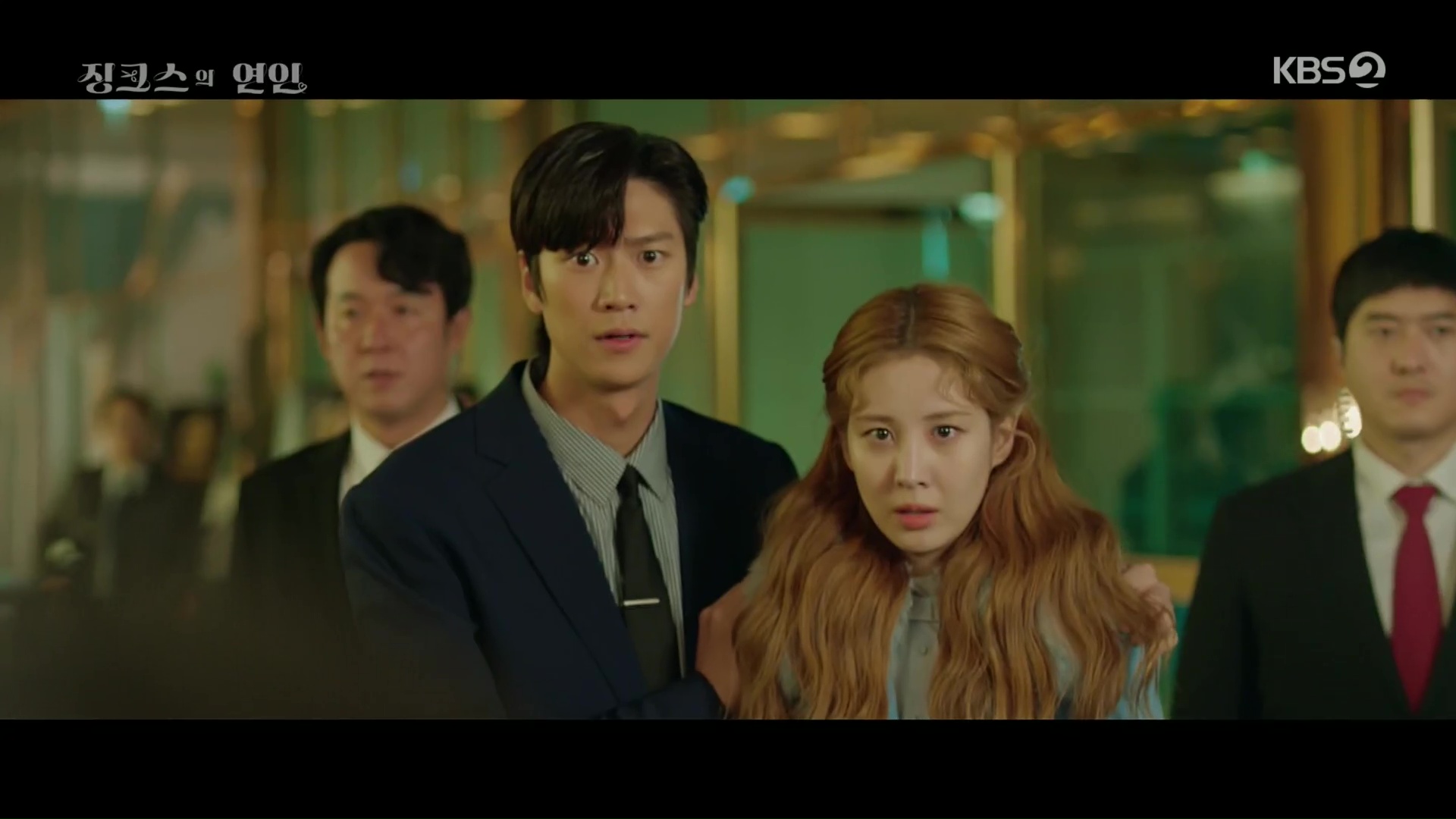 With the nurse’s help, Dong-sik leaks the story of the female shamans to the press. The story breaks at the moment Geumhwa Group’s shareholders are voting Min-joon into his father’s former position (also the moment the market shopkeepers are throwing Seul-bi a surprise birthday party), sending everyone into chaos.

Min-joon holds an emergency press conference to address the issue, and Seul-bi and her mom show up of their own volition. All three confess to the story’s validity… sort of. They paint it as a voluntary partnership of sorts, wherein the women stayed in the hotel willingly, weren’t imprisoned or mistreated, and have had perfectly healthy relationships with the outside world. 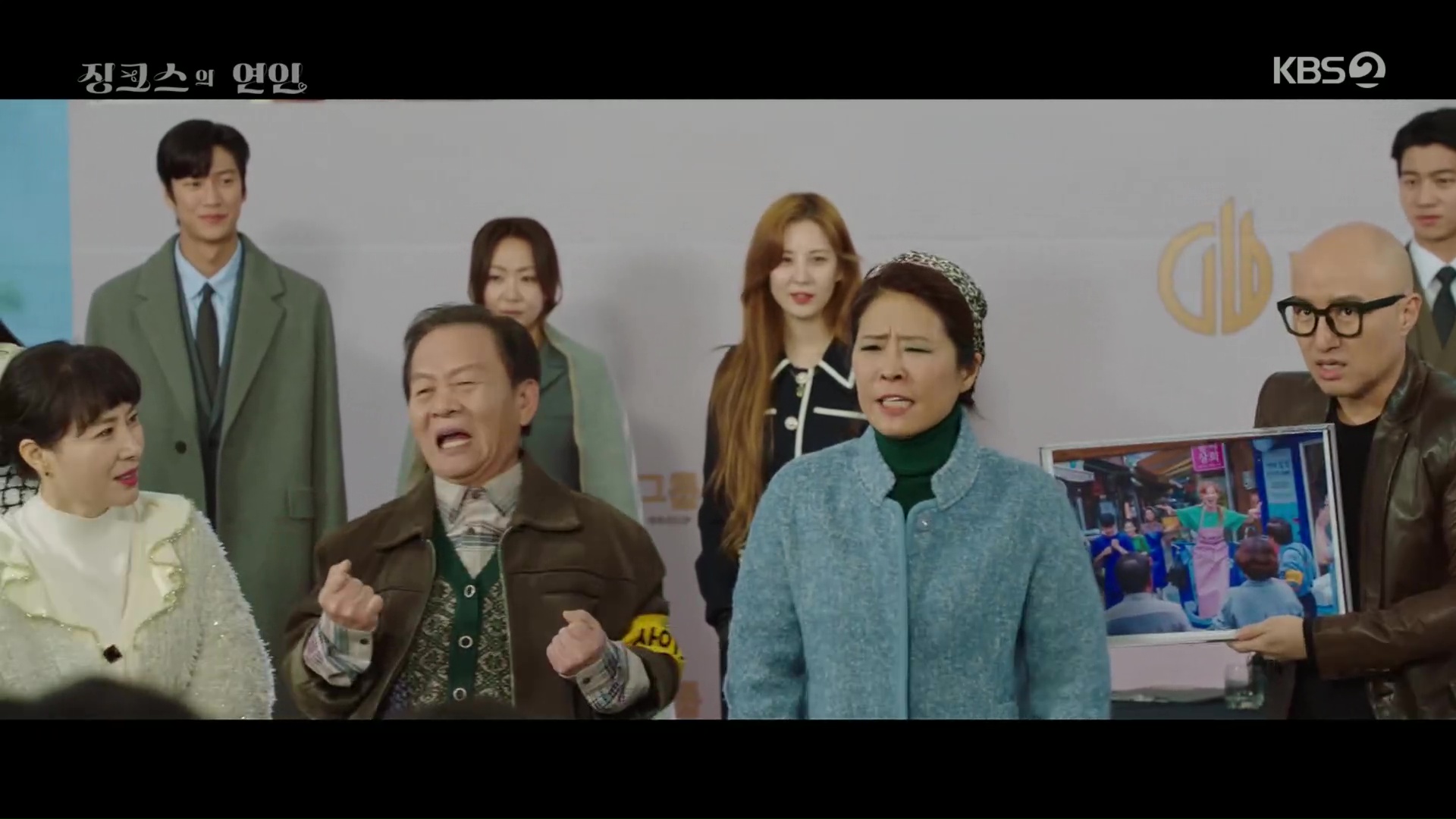 To back up their claims, the shopkeepers flood into the room, brandishing photographic proof of Seul-bi being a functional member of their community. By the time it’s over, the reporters are happy to gloss over the illegitimate daughter angle and focus on Seul-bi’s beauty and entrepreneurial spirit.

Dong-sik is angrier than ever that his plans were foiled, and while Seul-bi is relieved, she’s also fearful it won’t be enough. Mainly because the person who fired the shot at Su-kwang in her vision was none other than Dong-sik. 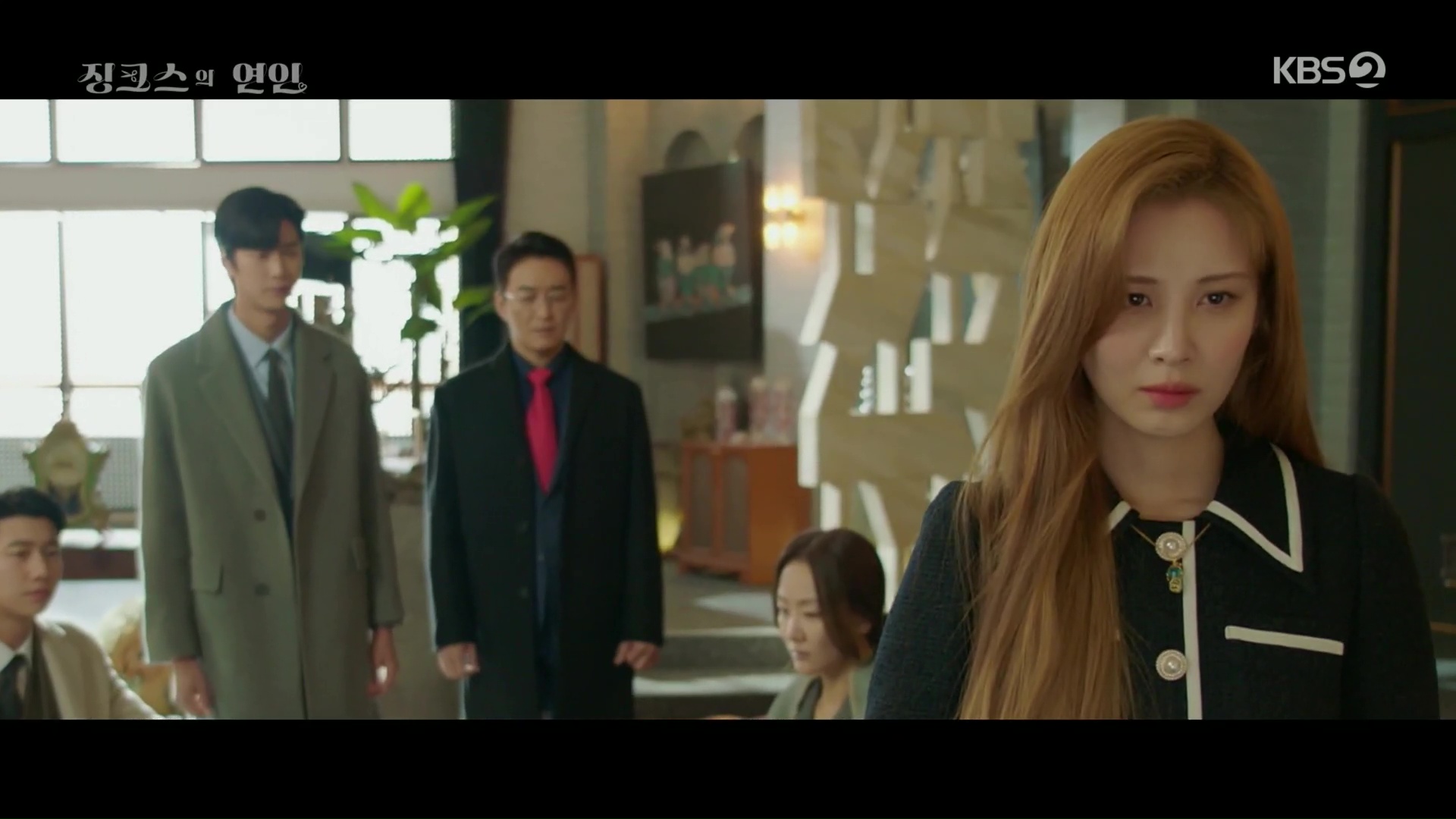 I was all set to say how pleasantly surprised I was at the accountability that seemed to be happening, but then the press conference happened, and it felt like it all just got waved aside. Maybe next week will surprise me again, but as of now, I’d prefer it if Chairman Sun taking Min-joon’s curse was how it all ended, with the female shamans revealing themselves to the world being the final nail in Geumhwa Group’s coffin.

That way, Chairman Sun has to pay for his wrongs, and the women can tell their story on their own terms, without having to soften it or make excuses for any of the people who contributed to their captivity. 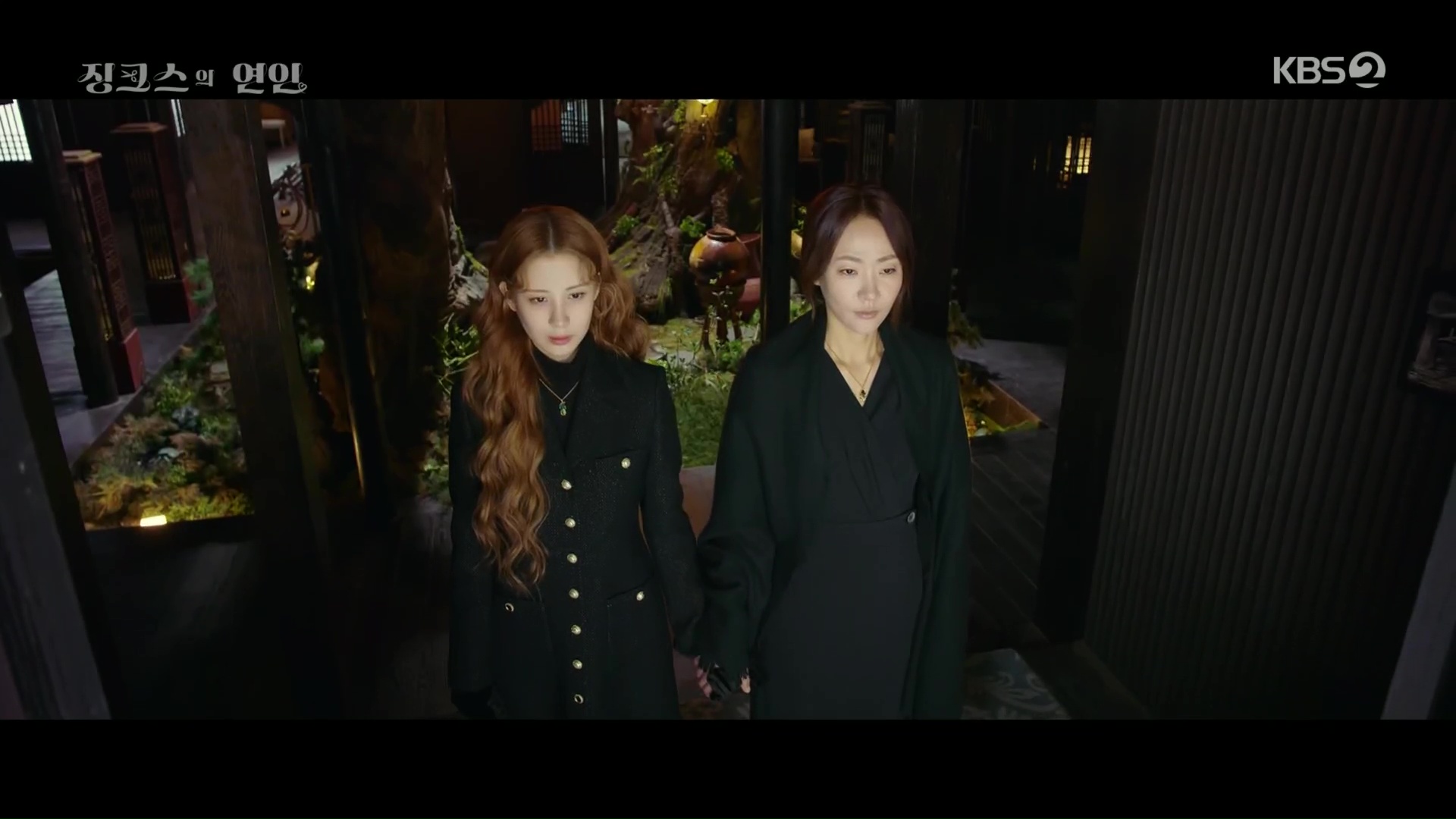 Thank you for continuing to recap this! I’m so behind, at episode 8 still. Not sure if it’ll get done at this rate. Someone tell me of the cute is worth staying for the rest of this mess.

I agree with the weecap. It seemed to be all coming into the open but in some ways, Mi Su and Seul Bi sabotaged it at the press conference. Odd I thought. I'm glad the dynamic between Seul Bi and Su Gwang seems to have changed, with it being more equal, and glad the chairman is taking ownership for things, but it's still an odd drama. In for a penny, in for a pound, I'll still invest until the end...

Why Mi Su choose now to tell that Seul bi is chairman sun daughter, despite her daughter longing to have a dad? So was it truecthat she willingly kept herself n daughter in captivity? Mi su casts the spell to make another thought he is the father, why, n it takes her 20 years to remove it, guess, the purpose is to help him survive prison? Because of her, her daughter, chairman su, min joon, the fake dad suffers, she helps kwang su though. There is overacting of the people from market place, esp the one that kept calling kwung su brother in law. Hope this drama conclude satisfactory.

I can't wait for the final recap because I am very confused after watching the last two episodes. Maybe some things didn't translate well