Thanks to our weekend slots clearing out, we have three new dramas premiering — and a nice selection indeed, if I do say so myself. Lee Jong-seok makes his long-awaited return, Kim Se-jung makes a swift return, and the heroes of The Good Detective make a much-anticipated return. That’s a lot of returns. 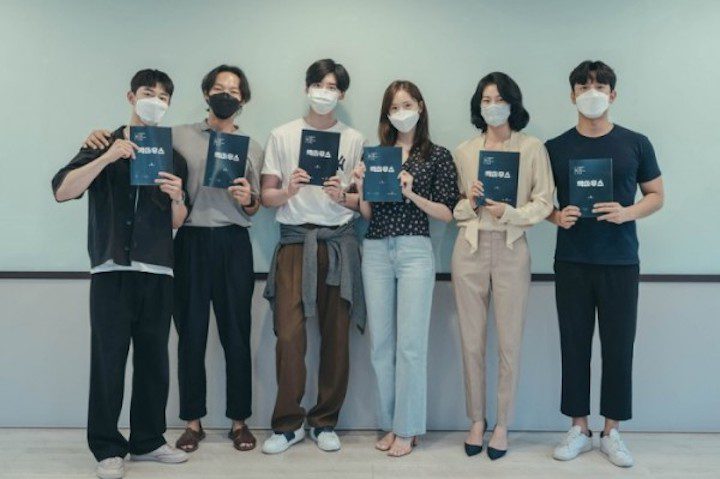 Reasons to watch: I’m hard-pressed not to like a Lee Jong-seok drama, so my hopes are high for his first drama project in what feels like forever. Granted, I might have preferred a different genre to the thriller noir we are told to expect, but here’s to hoping it will be a fun ride. Lee Jong-seok plays a lousy lawyer in a failing marriage, and it all hits the fan when he’s mistaken for a powerful criminal… and then he decides to play along. Very noir indeed! IMHO there are a lot of pluses and minuses going on with this drama, but the PD (Start-Up, Hotel del Luna, While You Were Sleeping, You From Another Star) offers a huuuuge boost of confidence. 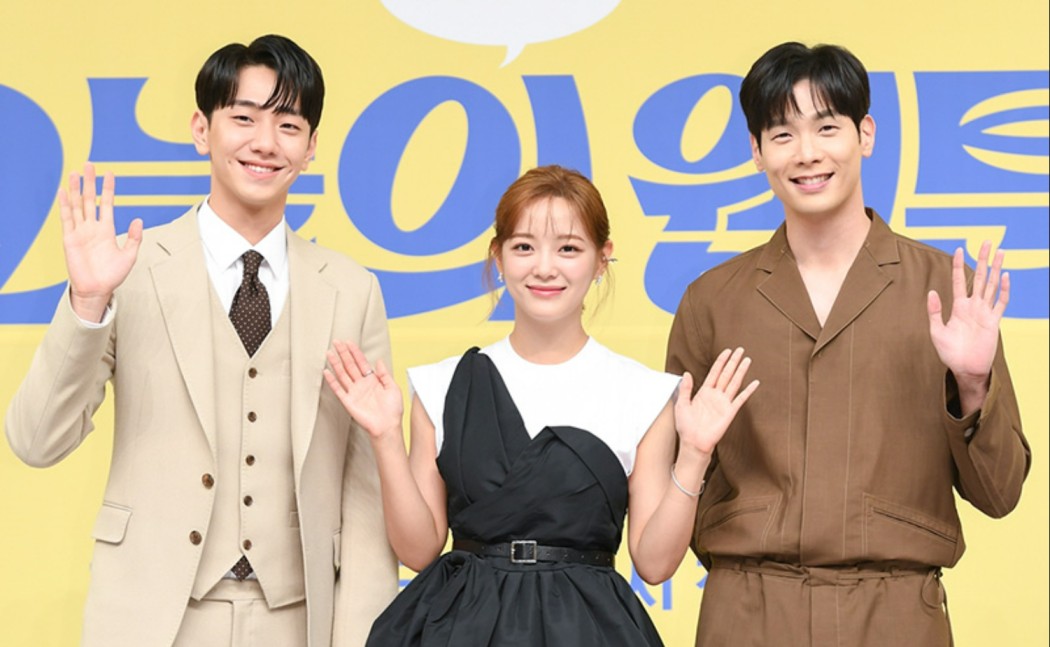 Reasons to watch: All of dramaland rejoiced when they heard Se-jung was returning so quickly after the joyful success of Business Proposal. She’s quickly switching gears, playing a judo athlete with a cute bob that winds up working as a webtoon editor. I don’t know if I’m more excited for the cuteness and comedy or for the inside look at creating and editing — but throw in Daniel Choi and some dimples from Nam Yoon-soo, and I’m sold. 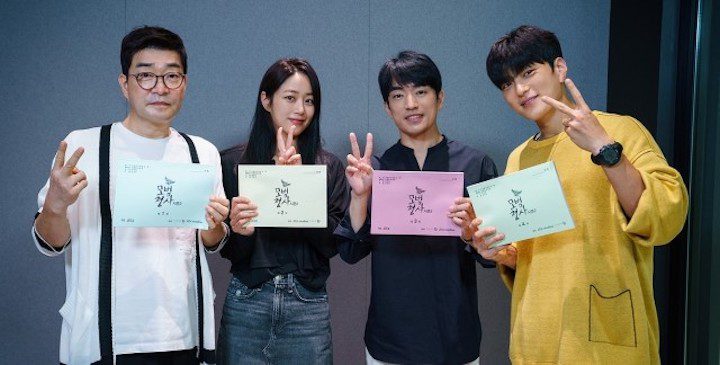 Reasons to watch: The much-loved duo from JTBC’s successful The Good Detective is back for another round, and so are our heroes Sohn Hyun-joo and Jang Seung-jo! I don’t know how it’s possible to be as excited as I am, having not seen the original drama, but I know it’s both well-loved and well-respected, which is a combination that doesn’t always come easily. Anyway, the production promises more of what made the first season a success, and with the PD, writer, and lead actors all returning, one can only expect another great drama.

While I'm excited for Lee Jong-suk's long-awaited return, I'm the most excited for my Violent Crimes Team 2's return in The Good Detective 2. Everybody should see the original drama.

I'm not much of a LJS fan and have Adamas filling my thriller slot, but I may give Big Mouth a try. I'm curious to see how LJS does in a different genre than rom-com.

I enjoyed the first season of The Good Detective and want to tune in for the second, but it doesn't look like it's streaming anywhere?

I wasn't sure about Big Mouth (it's been a long stretch of vengeful lawyer shows lately, none of which I managed to stick with) till I heard the lead characters were meant to be married couple - after Flower of Evil, I haven't found another drama about a young married pair that I've liked (also there's not many that exist in the first place) so I'm looking forward to seeing the dynamic! I'm trying my hardest to avoid talking about the streaming platform because that's a dead horse that's been beat many a time, but honestly the unpredictability of when shows will drop on D+ is grating because I want to watch but just don't know when I'll be able to (will it be half way through it's run? will it be by episode 4? will it be from day-dot? who knows)

As for Today's Webtoon - I really loved KSJ in School 2017 but contrary to the majority, I just didn't really vibe with A Business Proposal for reasons unknown. So I'm a bit 50/50 as to whether I'll watch but 12 episodes usually mean tighter and better story-telling plus I'm in desperate need of shows to stave off the wait between episodes of AoS and Attorney Woo, so hmmm....

I haven't seen Good Detective yet, I reckon this is a sign for me to!

Today's Webtoon is on my watchlist, of course.

I just finished the first season of THE GOOD DETECTIVE, so I'm ready for the second season. Do I see it right that it can only be streamed on AppleTV?

I will give BIG MOUTH a wide berth. Lee Jong-seok was the reason why ROMANCE IS A BONUS BOOK didn't work for me and why I dropped out of PINOCCHIO.

The Good Detective season 2 is on Disney+.

Big Mouth is but The Good Detective 2 is not. So far, it's going to be on KPlus Asia, no international OTT service announced.

Good Detective 2 is not on Disney+ but has anyone notice how Disney+ has been picking up more dramas than Netflix these days? If there wasn’t any Geo-locking it could easily outrun Netflix with content in a year or so.

When the first news come out about Big Mouth, I expect this to be some sorta fun romantic comedy with legal elements, and even the title reminds me somewhat of one old Jim Carrey legal comedy film (Liar Liar, Liar = Mouth, yeah forced connection I know lol)
Then the first couple of posters come out and oh it was sooooooo dark ....

Also : it feels very TVN-ish, rather than MBC-ish, the plot, the direction style, everything.

You and @ladynightshade may already be aware, but Big Mouth was originally a tvN drama until MBC bought its broadcasting rights.

Big Mouth: Yay for Lee Jong-suk. Nay for YoonA. Very tvN vibes. Want to give this a chance, but idk if I can get over my dislike of the FL.

Today’s Webtoon: This sounds cute! Good to see Daniel Choi and his very sexy hands back in dramaland. Nam Yoon-su and Kim Se-jeong are great too.

The Good Detective 2: They’re back! Well, at least some of them. Still mourning the loss of Lee Elijah and I’m not too happy about the serial killer targets women plot, but I’ll hold my breath until the first episode comes out.

I notice that two out of three dramas here are locked up in the Disney+ jails. International drama fans taking L after L.

@ladynightshade: what’s L here? I know it is a negative thing but can’t think what you meant.

@dncingemma: Taking an “L” means losing something or experiencing loss in some form. So, Disney+ snatching up so many high-profile dramas would involve international fans “taking an L”. Pretty straightforward as far as newer slang goes. There’s also it’s opposite “W” for when you win in some way.

I have the same opinion about the FL, was never really a fan of her acting.

I may have to invest in a vpn. I see no other way around the Disney+ problem. Although I also did write them a complaint letter today. The way they are buying dramas and not allowing them to be seen outside of Korea is ruining the experience for international fans.

finally some dramas i can sink my teeth into! and Ji Sung is doing a fine job already too!

Now just imagine if only this version of LJS was in that drama: https://www.gmanetwork.com/news/lifestyle/hobbiesandactivities/779243/lee-jong-suk-flexes-fit-body-in-new-magazine-photoshoot/story/

Oh man, I can only watch Today's Webtoon since everything else it's not available in the U.S. yet :'( I was really anticipating Big Mouth...Ugh maybe I'll have to watch it illegally?

We will start TODAYS WEBTOON this weekend. I have been looking forward it.

I am in for Today's webtoon mainly for the cast and its available in viki. I want to watch good detective 2 too since the first was season was entertaining but it streamed in Disney+ and not currently available in my region and I can't find it anywhere else. As for big mouth its a pass for me. I am not exactly a fan of LJS but I am passing this mainly for the FL. Can't tolerate her so called acting

The Good Detective 2? THIS SNUCK UP ON ME! I'm so excited!!! Looking forward to this treat, as I loved this cast the first time around.