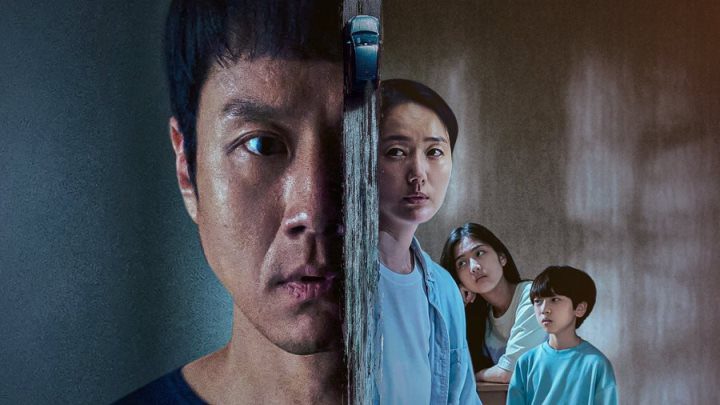 Behold, your Drama Hangout for Netflix’s latest series A Model Family! We might not be covering this drama, but that doesn’t mean there shouldn’t be a place to talk about it, whether that’s squealing with excitement or piling on the analysis.

Beware of spoilers! This thread is for discussing the entire series.

This was so bad that I am going to describe the scene that sets up the plot, so others can avoid this drama for good.

The intro scene is of someone with a sack over his head getting burried alive in a forest by few men and if you think that's interesting then the excitement stops there and never comes back. So, we begin the actual story with the ML trying to buy some position at some college by bribing someone using the money kept aside for his younger kid's heart operation, but the said someone gets arrested and now the ML's wife is demanding a divorce.

The next scene is supposed to be a reverse of fortunes for the ML, but unfortunately he is not blessed with enough brain cells, so it turns to be the starting of his misery. The ML stops his car in the middle of the road to agonize over his situation, when another car bumps into his. It is just a minor collision, so I do not know how the two passengers in the other car are bleeding to death, but whatever the reason be, the ML calls emergency only to cut it short when he sees cash lying around in the back seat. He immediately grabs the cash, flees to some place in his car and returns to the accident spot in a cycle.

The ML then drives the car with the dead guys after moving one of them to the back seat and the other to the trunk of the car. In his desperation to avoid security cameras on the way, he does not see a DUI checkpoint ahead and is unable to turn around, but the car that was in line before him dashes at the checkpoint and he takes this chance to make an illegal U-Turn which catches the cops attention.

He manages to escape the chase and goes to his house where he buries the dead bodies in his backyard and scrubs the car clean of blood with water, post which he abandons the car in some forest.

This was stupidest shit, I had seen in a Kdrama ever. Having a dumb plot is one thing, but the characters were all lifeless and had no chemistry with one another. It should have been a deliberate choice of the director or writer because all these actors have many dramas listed under their names, but it was strange that they all came across as bad actors, especially the ML.

I dropped this after Ep 1 because it was utterly boring and neither had the actions of the drama it references (Ozark) nor the emotional drive of Kdramas.

Following is for anyone wondering how Ep 1 ended. After hearing loud ringing from his backyard, the ML digs out a cellphone burried along with the dead bodies and on his way to throw the cellphone, it rings again and the caller ID shows a picture of his wife along with her name (Yeah, she was having affair with one of the dead guys). Meanwhile, the bad guys in their quest to retrieve the money, trace the route of the abandoned car using a tracker and end up in the protagonist's neighbourhood.

I wondered why the tumbleweed was rolling on this chat and now I can see why. I am guessing most people who started watching probably dropped and didn’t want to publicly admit it in the chat section. Sounds like no one wants to gain a bean of shame or disappointment with this one.

Thanks for the community service of announcing this one as a dud and saving others the inconvenience of starting it.

It would be interesting to see if anyone can see past a dodgy start to try the obligatory 4 episodes suck it and see approach to give it bedding in time and then feedback on whether it did get any better.

@missvictrix I tried to post a comment for this show, but it did not get posted and when I tried to post it again, it got flagged for duplication. Please help and thanks in advance

Thank you :) By any chance are you DB technician (I mean DB support/developer)?