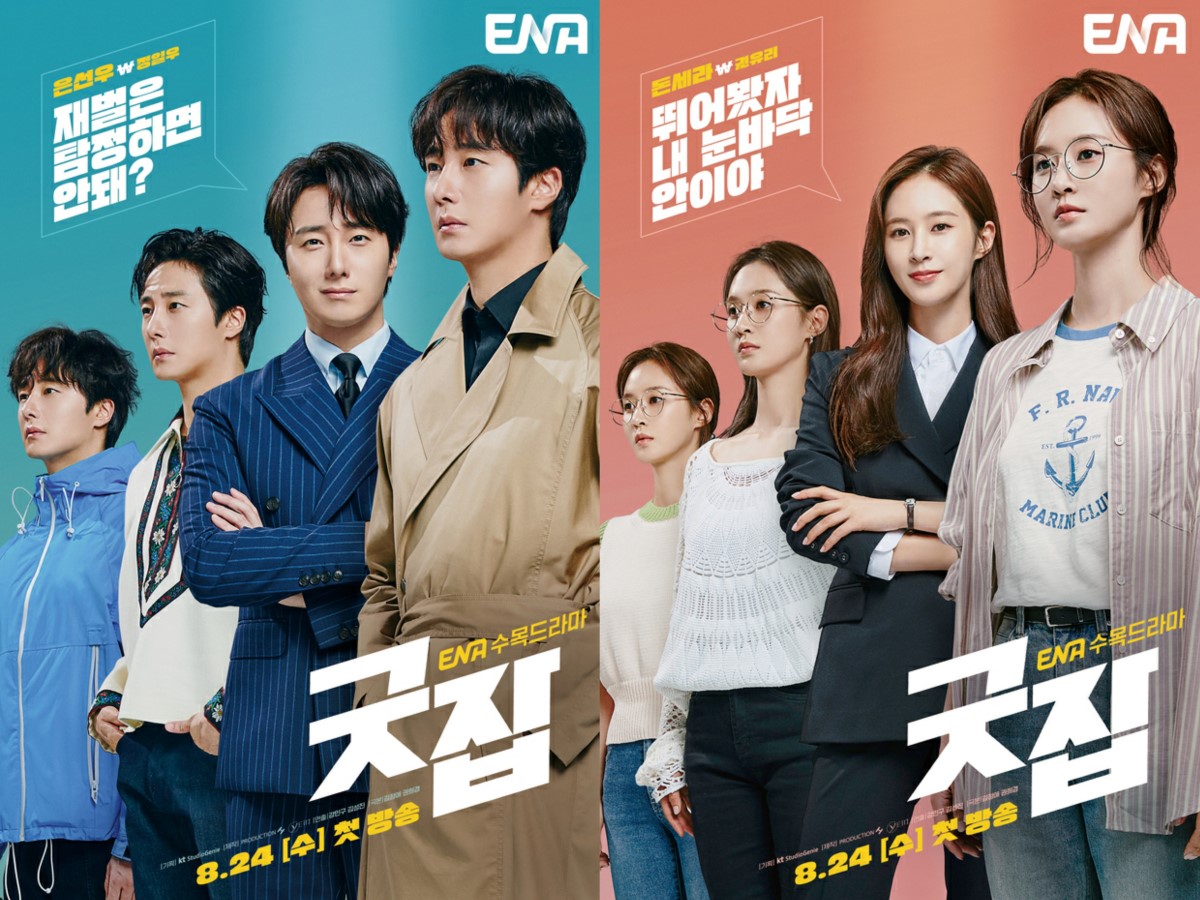 With the premiere now just a week away, ENA’s Good Job has been dishing out their last round of promos, and we’ve been treated to another video teaser as well as character posters of our four leads.

Also on the investigating team is Yang Jin-mo – played by Eum Moon-seok (Hello? It’s Me!) – who is the Watson to our Sherlock-esque hero. Rounding out the quartet is Se-ra’s bestie, Song Sang-eun (Grid), in the role of bakery owner Sa Na-hee.

The newest teaser opens with our hero arriving at his lofty residence, bragging, “Do you know how much my time is worth in money?” As he changes into his investigator garb, he confidently continues, “I’m bored of being told I’m like Sherlock Holmes. How can he compare against my looks, assets, and personality?”

We then cut to our windswept heroine Se-ra, who easily zeros in on all of Sun-woo’s tricks: “You might be able to fool ghosts, but you can’t fool my eyesight.” A frustrated Sun-woo questions her abilities, “Are you some kind of an eagle? Ostrich? Or what, a human telescope?” Se-ra replies, “Said precisely, it’s super vision.”

The teaser then jumps to our third hero, who introduces himself, “I am Yang Jin-mo, advising lawyer to Eunkang group’s President Eun Sun-woo.” Se-ra is impressed by the range of his skills and capability, and the sequence transitions to a comic drawing of our trio. The captions label each character respectively as super chaebol, super vision, and super all-around. But their shared trait is super heodang (meaning they’re seemingly perfect, but not quite lol).

In the next cut, our two leads end up tied together, and Sun-woo is the first to realize, “The only thing we can move is our lips and so…” Naturally, the teaser cuts away to a text screen that reads: “The investigator team!” The teaser then returns to a swollen faced Jin-mo in pain, while our chaebol tries to run away. Jin-mo yells at him for running in the wrong direction, but Sun-woo scoffs that running is still faster than the pink scooter he’s riding afterwards.

As the teaser comes to a close, we hear a sinister voice wondering about Se-ra, “Where did that girl come from?” But Sun-woo’s resolve to solve the case is only strengthened: “You want to give up now when we only just found a clue?” Our hero team faces off against their opponents and we end on Sun-woo’s warning: “Remember this. Just like now, if you don’t keep your promise, I’ll make sure to find you no matter where you are.”

Production for the drama has been led by PD Kang Min-gu (The Goddess of Revenge, Itaewon Class) and PD Kim Sung-jin, with scripts penned by Kim Jung-ae and Kwon Hee-kyung. Good Job premieres next week on August 24, following Extraordinary Attorney Woo in the Wednesday-Thursday slot. 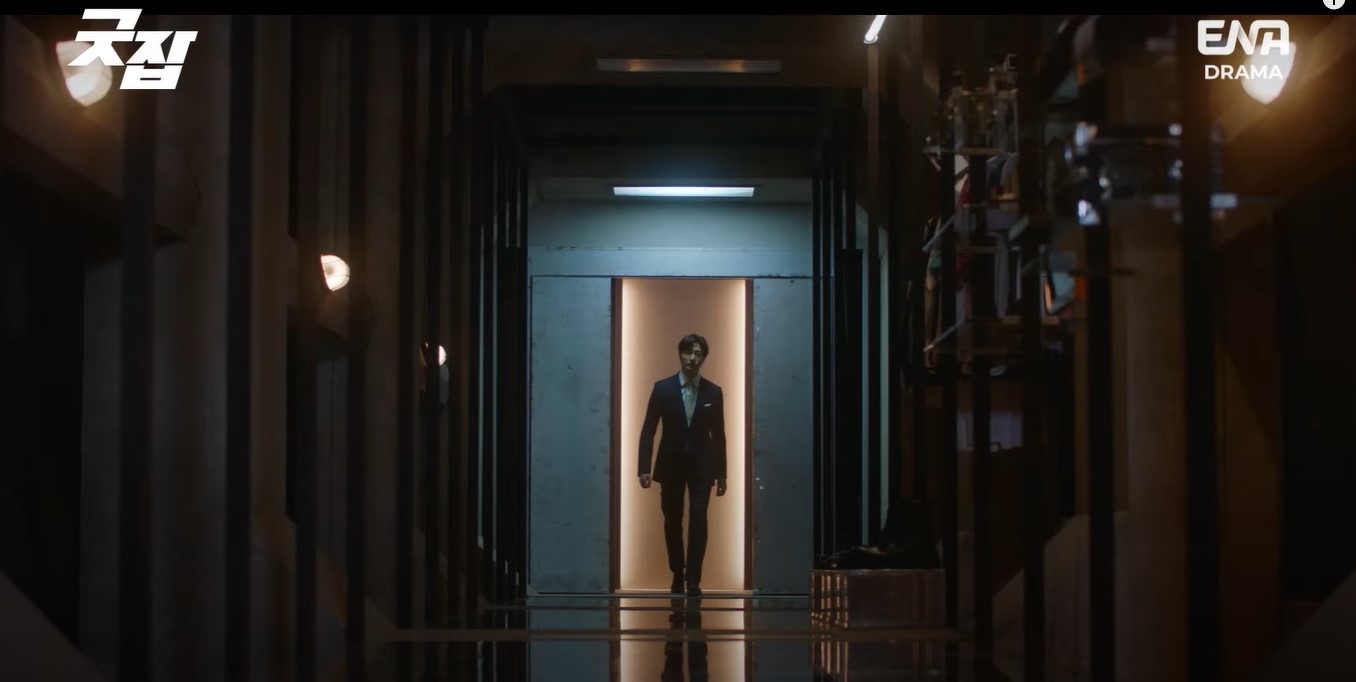 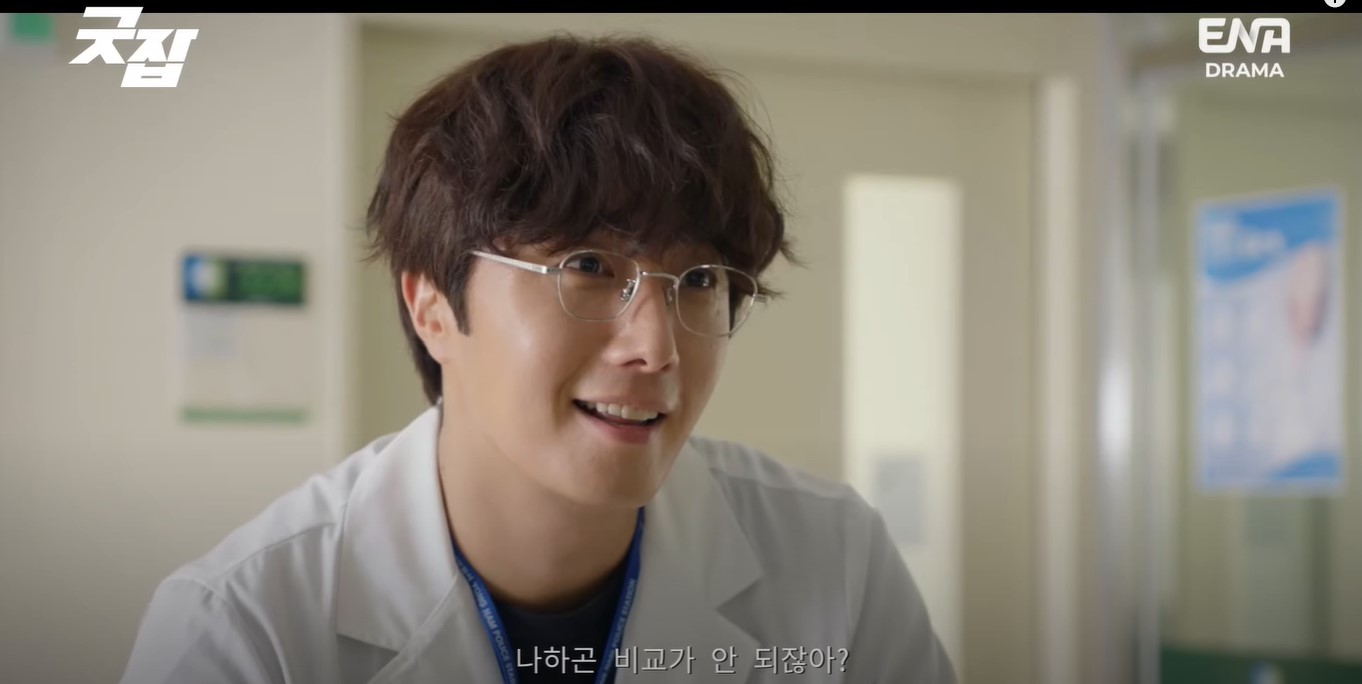 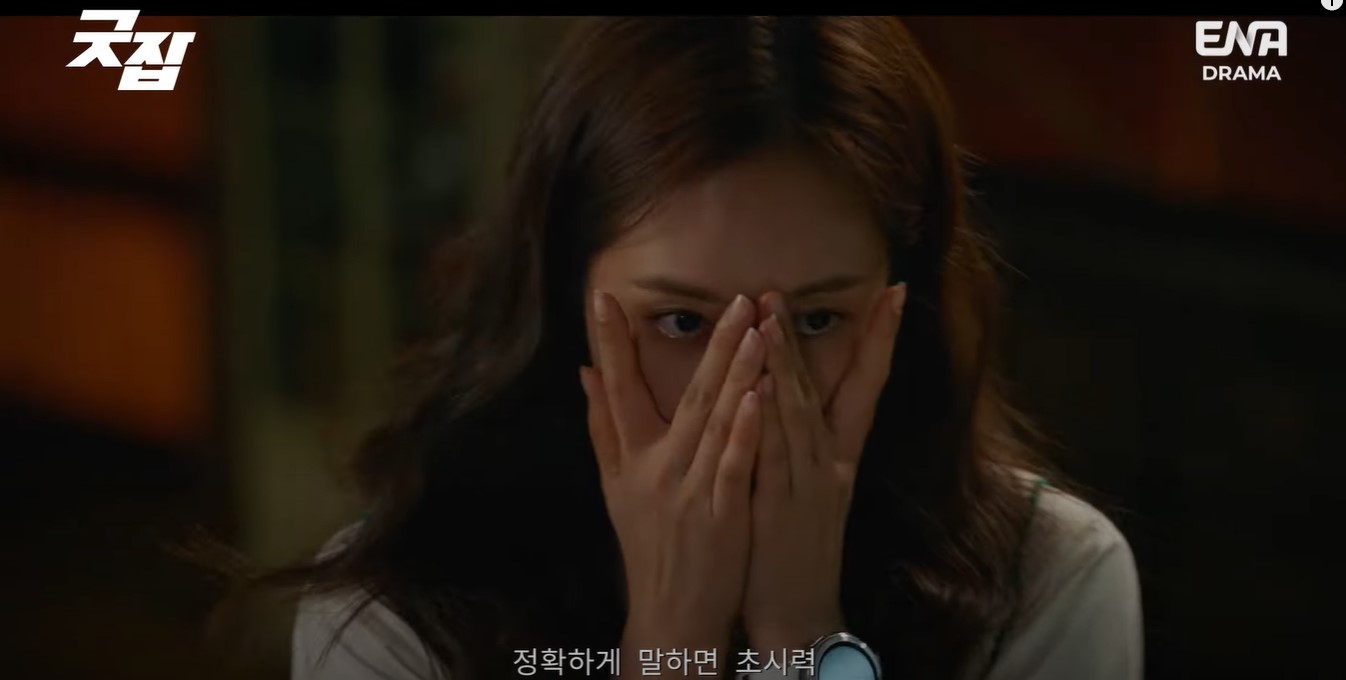 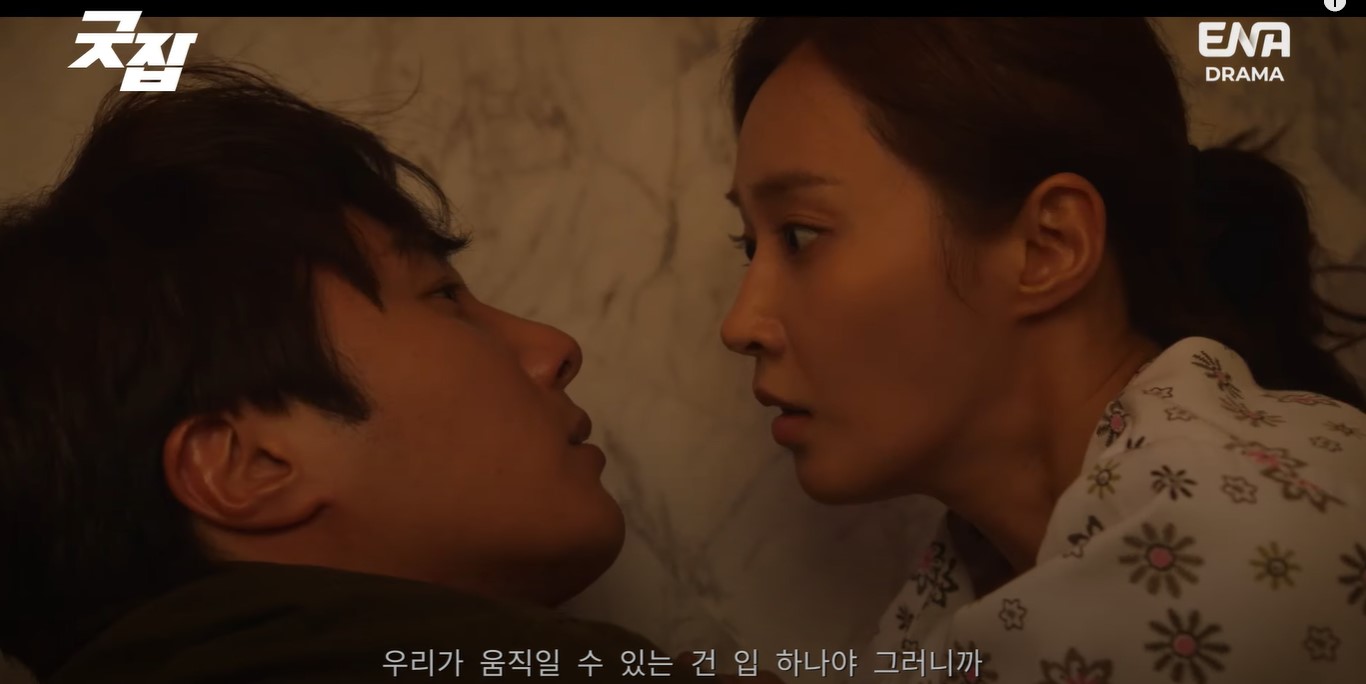 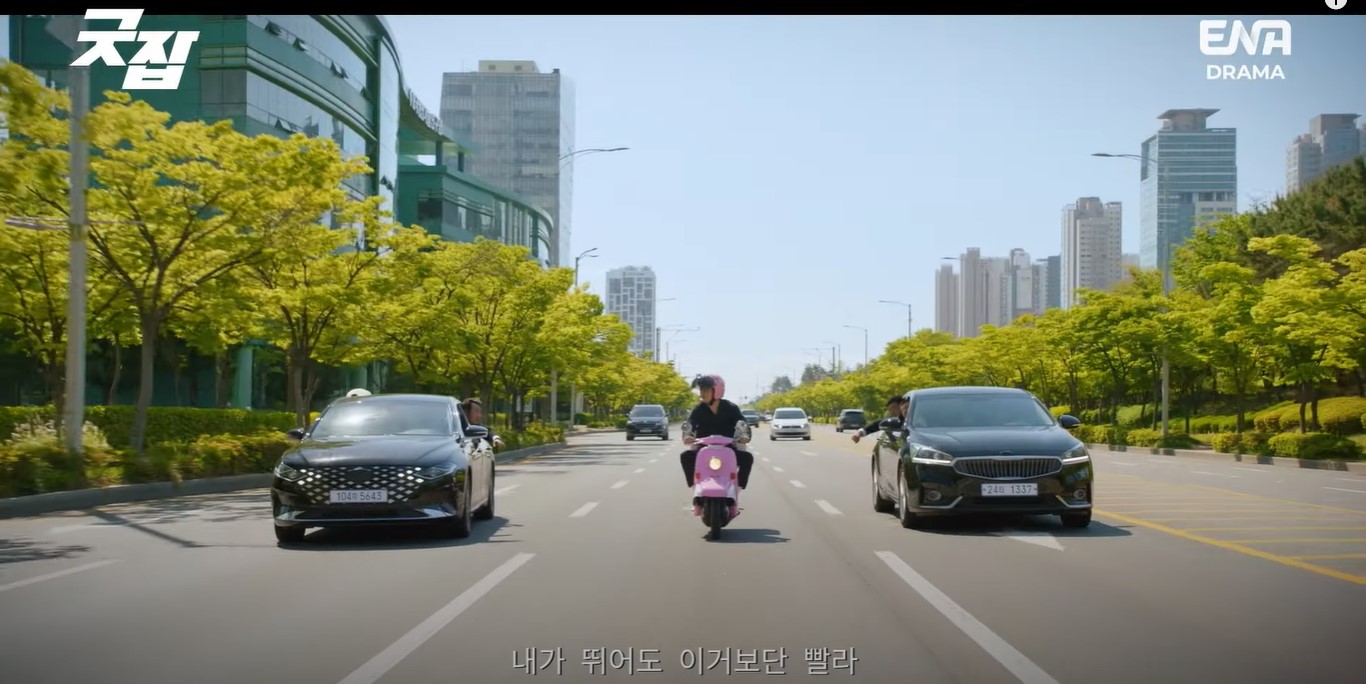 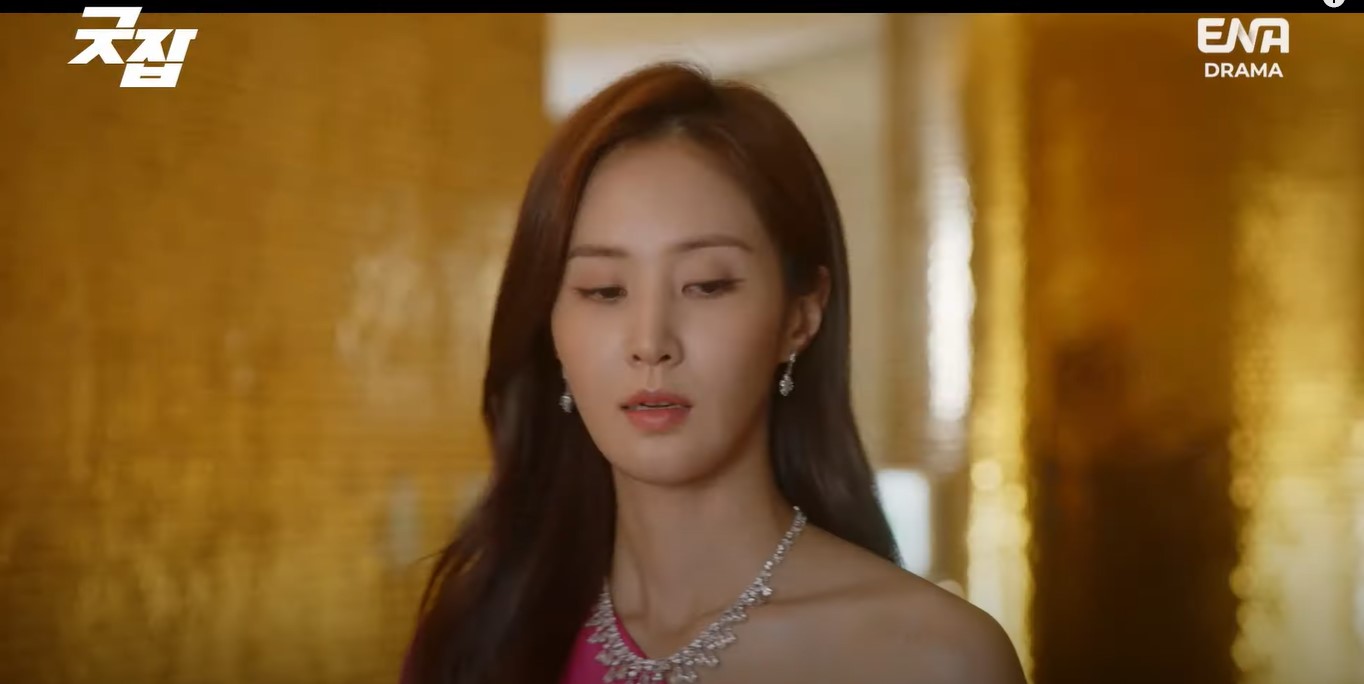 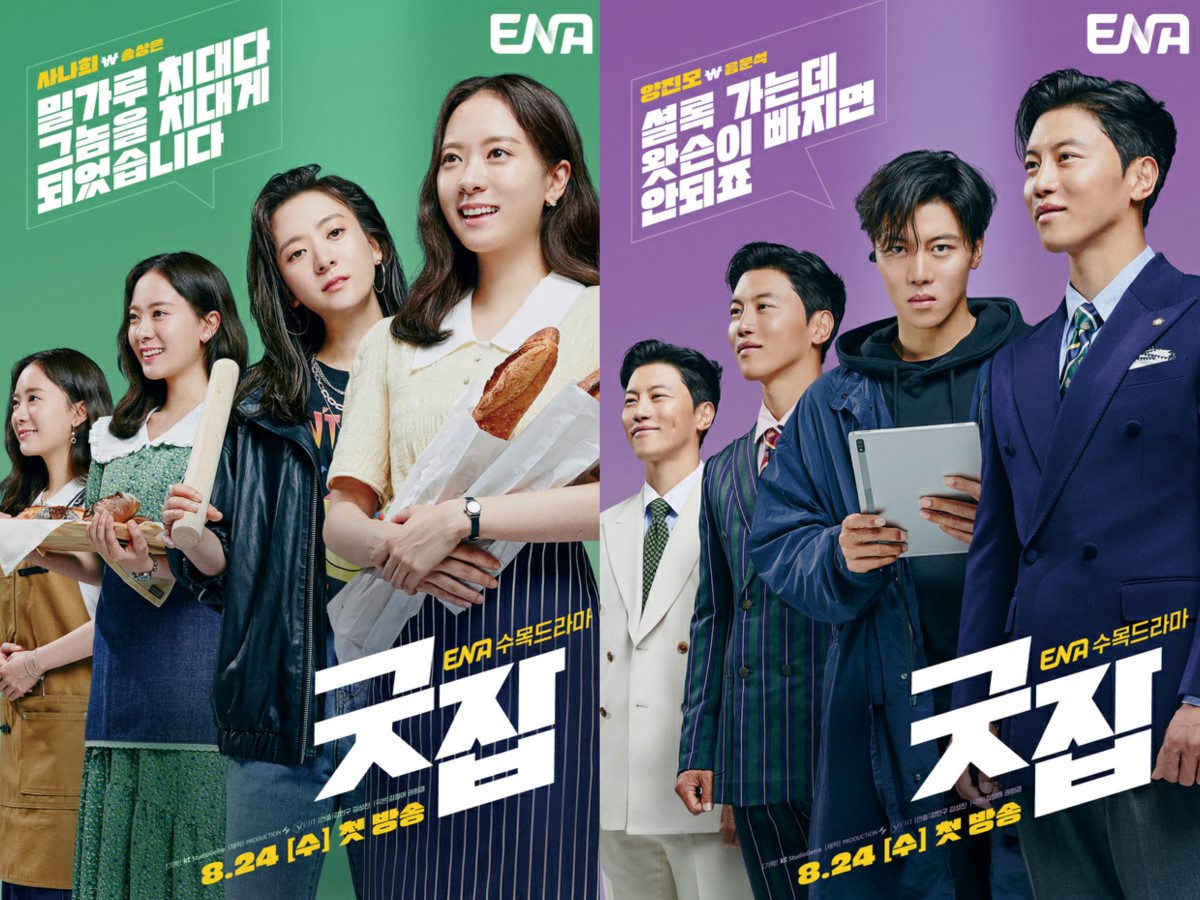 Well at least we know OTP chemistry is unlikely to be a problem in THIS show.
(BOSSAM COUPLE REUNION!!!!! That's basically the only reason I will be starting this lol. (It better make up for all the kisses Bossam didn't have.))

I second this! They better have real kisses on this show!

I’m convinced it’s the main reason this show got made in the first place: to give them all the kisses they didn’t get.

Counting down the days when this show will start! Can't wait to see them together onscreen again.

Hi there, Anthony. What a good foil casting for Jung Il-woo's Watson.

I can’t wait!
Their descriptions all make me think of the ML in Secretary Kim and his (self-credited) “aura”

Ba woo and his Princess got reincarnated together into the life they deserve in much safer more just world … he is rich and she is freed from the chains and utter servitude of a Joseon women.

That’s my story and I won’t believe other wise :)

And Ba-woo anyway will be dressed a hell of a lot better. I still cringe how in BOSSAM Jung Il-woo as Ba-woo was dressed looking like a babushka. Shin Hyun-soo on the other hand….

(Poor proof reading and too lazy to delete and redo.)

jung il woo is still so darn cute/handsome/sexy/silly as EVER! so excited for this show. for everything their costumes their acting their kissing (got to have kissing in there) yep WE ARE READY JUNG IL WOO! BRING IT ON! good thing this is close to starting time

‘I still cringe how in BOSSAM Jung Il-woo as Ba-woo was dressed looking like a babushka.’ Thanks for not letting it go every time you go there it makes me laugh. you should be his agent🤣🤣🤣

O/T. Poor Mu-deok (Jung So-min) in ALCHEMY is not having much better than Ba-woo did in BOSSAM in the costuming department.

I actually loved scruffy Jung Ilhwoo, and was quite disappointed when he began to wear the nobleman's robes. 🥹

Lol, oh my! Btw. Since you like the scruffy JIW look you can go down memory lane. Maybe you missed this. Little Go Dong-ha who played JIW’s slightly annoying son in BOSSAM sent a coffee truck to the set of GOOD JOB for JIW and Yuri. Very nice:
https://gossipchimp.com/jung-il-woo-and-girls-generations-yuri-thank-child-actor-go-dong-ha-for-his-sweet-gift-to-the-set-of-their-new-drama/

Aww so sweet of him.

Yeah. Bossam switched genre and lost most of the humor and was pretty much lacking in love line once the palace intrigue started.

Maybe if I say that five times faster, I can convince myself.

Im always up for Il Woo!

This one will be on Viki and I am looking forward to it.