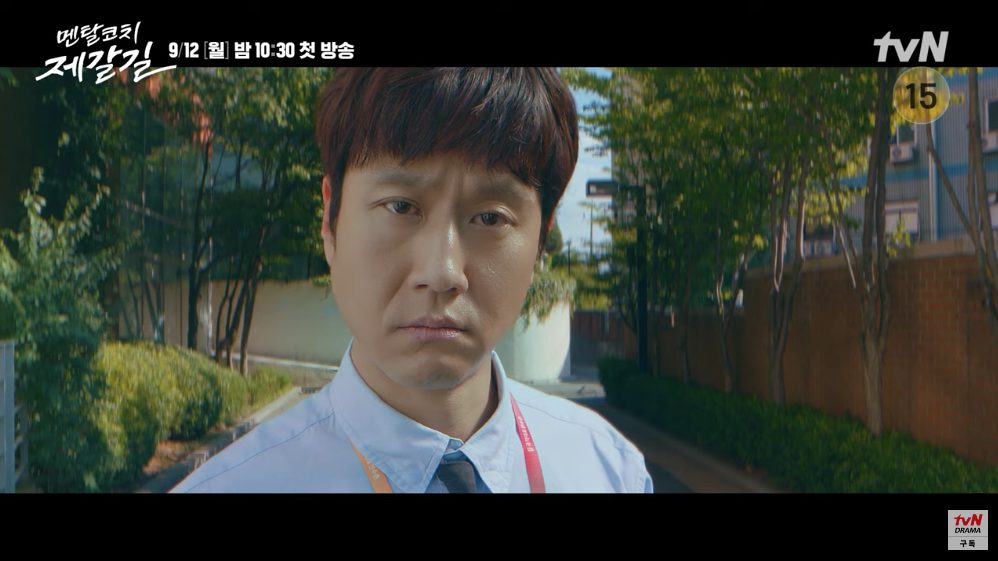 All it takes is a wacky teaser to get my drama radar up, and tvN’s upcoming drama Mental Coach Jegal (previously Mental Coach Je Gal-gil) does just that. Promotion for the healing sports drama is in full swing, with the premiere a month away, and a desperate need in dramaland for something funny and uplifting.

The basic story is that our hero Jung Woo (Mad for Each Other) — the eponymous Je Gal-gil — was once a national taekwondo athlete. Now, after a fall from grace, he is offered the position of a mental coach for other struggling athletes. The new press stills show Gal-gil both in his athlete glory and later as a seemingly successful coach. I’m not sure whether we’ll see his initial fall from grace (and the national team) real-time or via flashback, but either way it sounds like the best elements of Mad for Each Other in an entirely new setting.

The story’s heroine is played by Lee Yumi (All of Us Are Dead), who plays ice princess and short track gold medalist Cha Ga-eul. But she winds up needing coaching through a rough spot in her life/career, and that seems like the point where our characters intersect. And, providing there isn’t a romance shoe-horned in here between the two (don’t even think about it, Show!), this has all the markings of a wonderful platonic and healing relationship.

In the new teaser, we see Jung Woo doing what he does best: being lovable and hilarious. Seriously, you can’t watch this and not love him. The concept is simple enough. His character hobbles over to a fence that’s got a big NO ENTRY sign on it, with some added scribble that there’s no road ahead. But our hero doesn’t accept that, and attacks the fence (hilariously), thus making his own path. It’s a fun intersection of physical comedy and metaphor, because that’s what the theme of the drama promises to be. The text screens in the teaser match the tagline on the latest poster: “I choose the pace and direction of my own life.” I think I love this show already!

Written by Kim Ban-di (Special Labor Inspector Jo, Angry Mom) and directed by Sohn Jung-hyun (Should We Kiss First), the drama has fixed a premiere date for September 12, in tvN’s Monday-Tuesday slot. 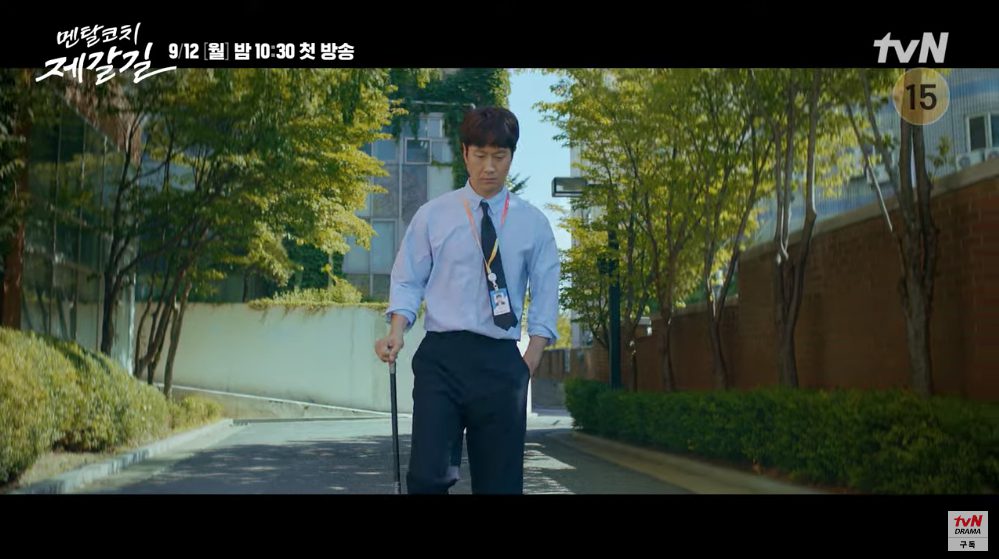 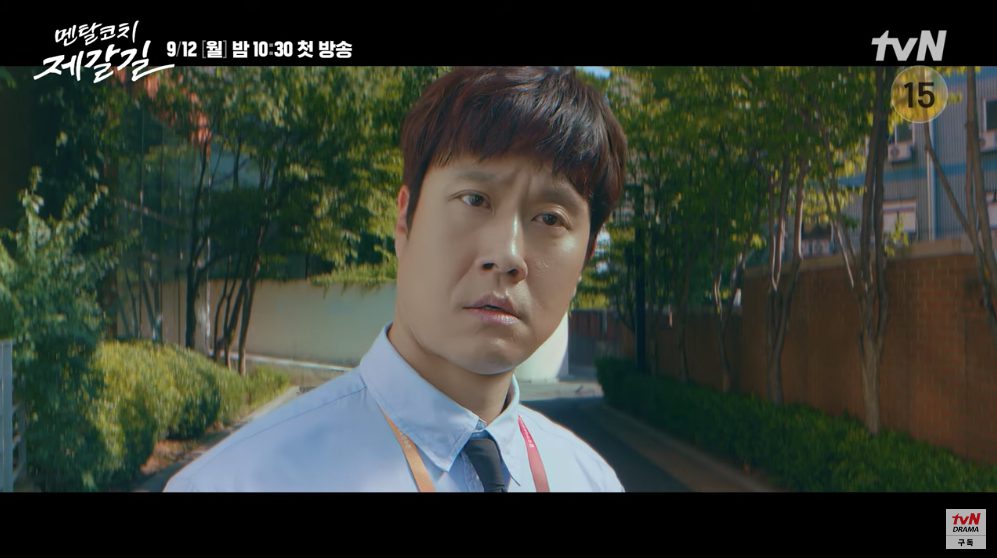 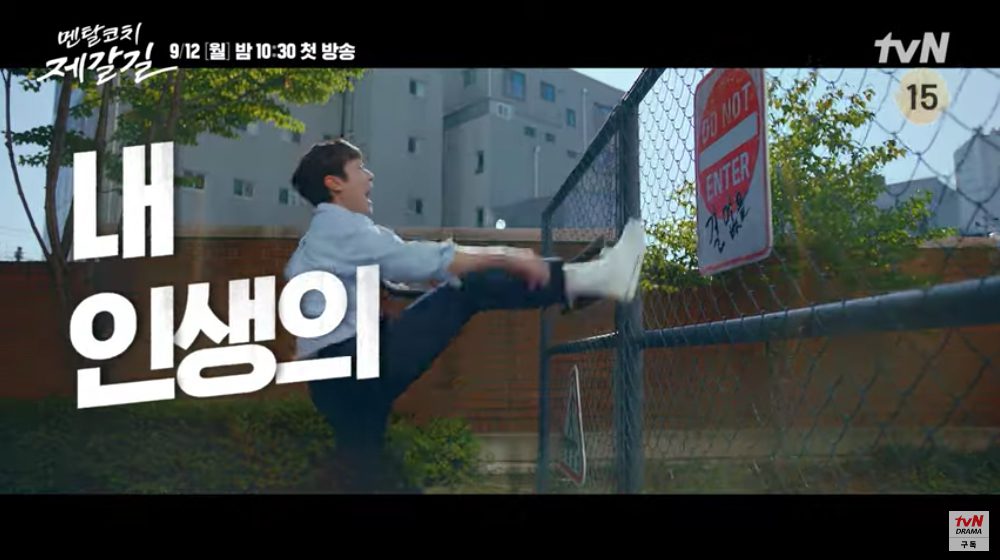 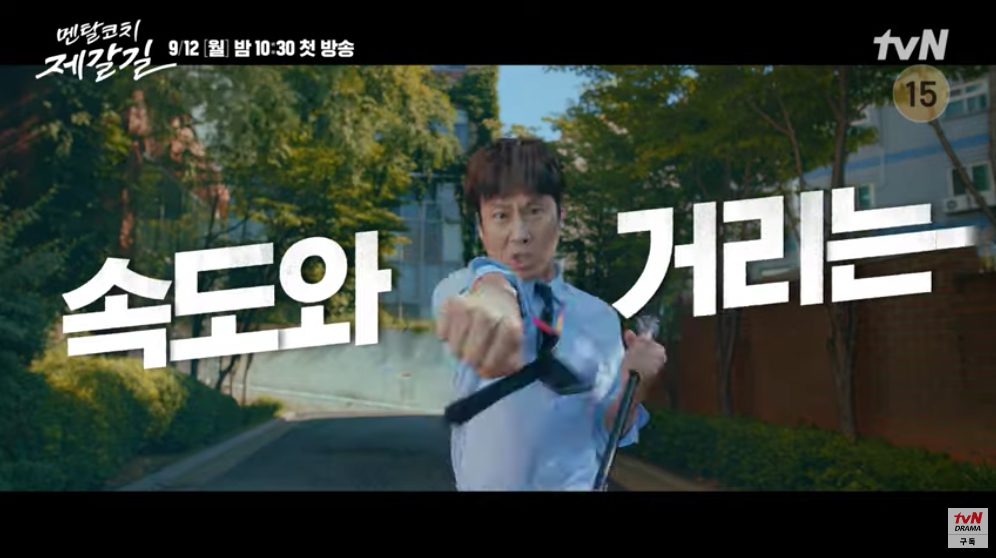 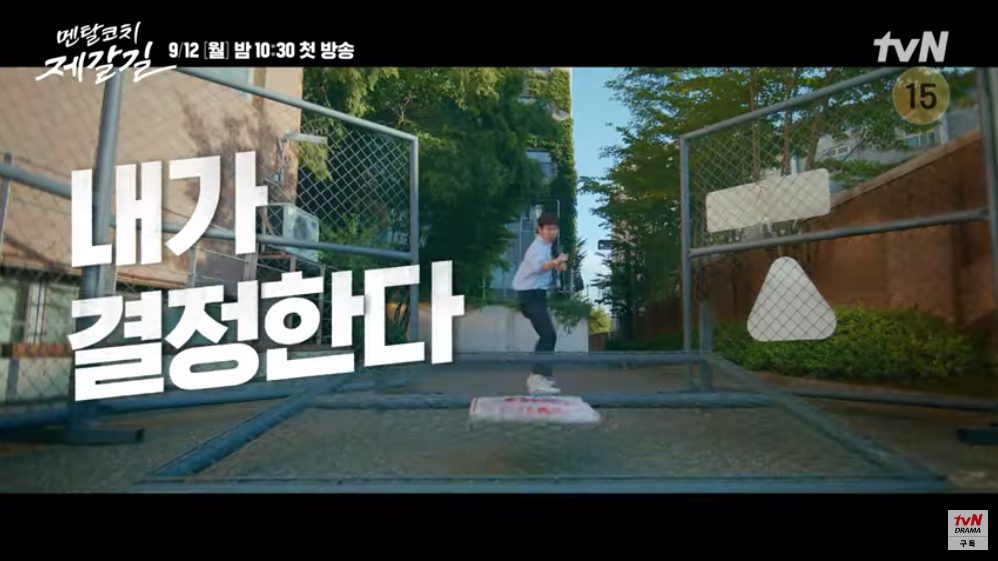 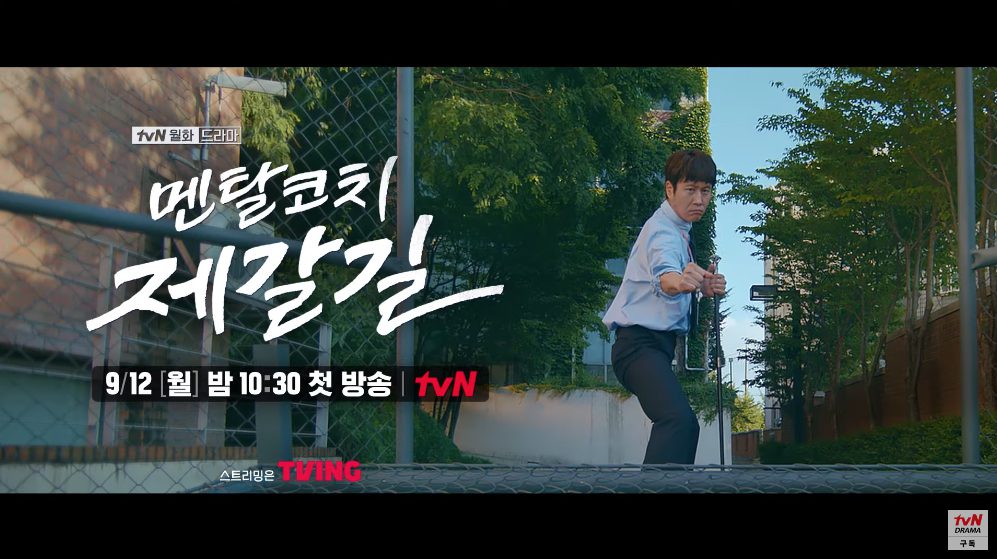 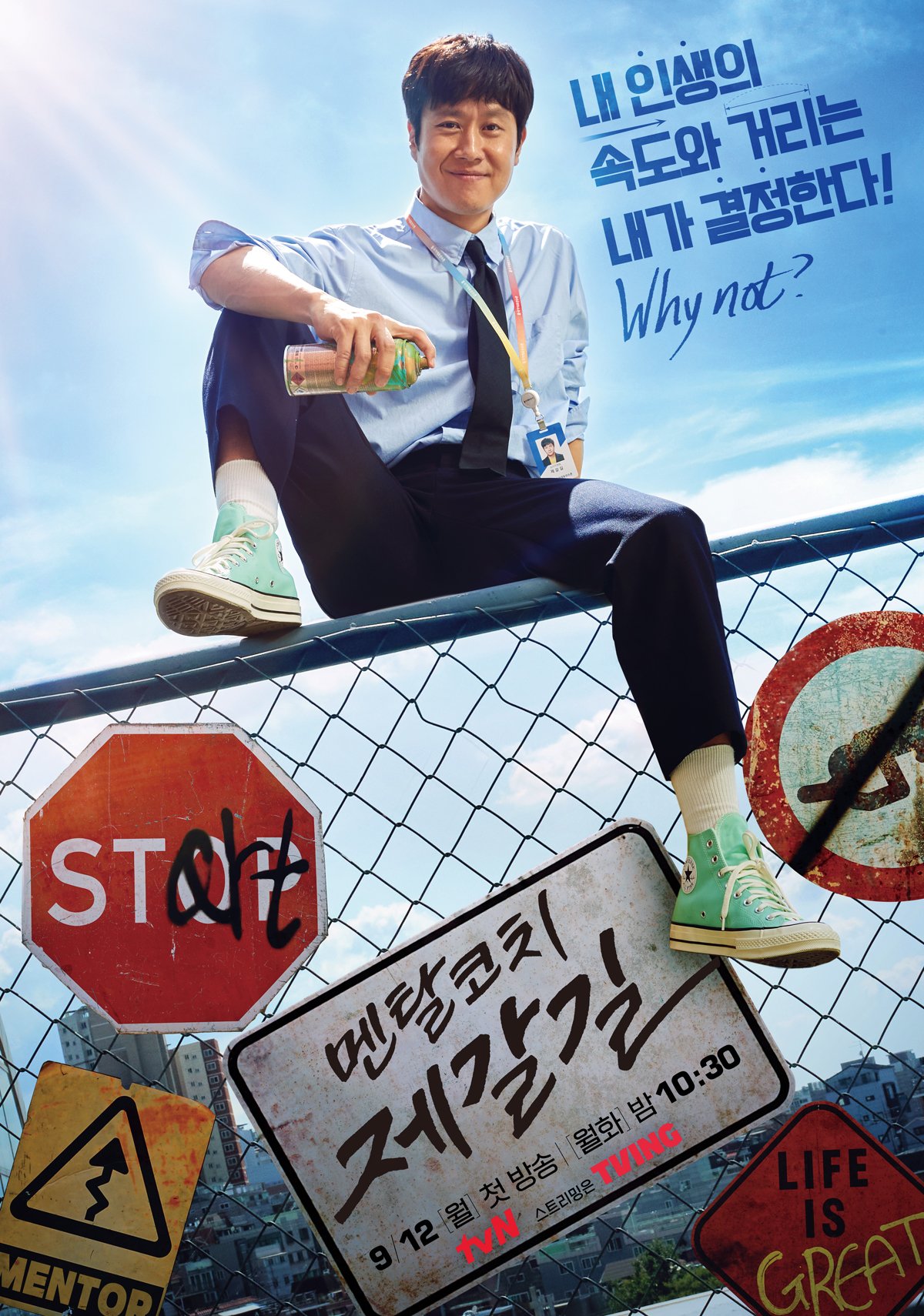 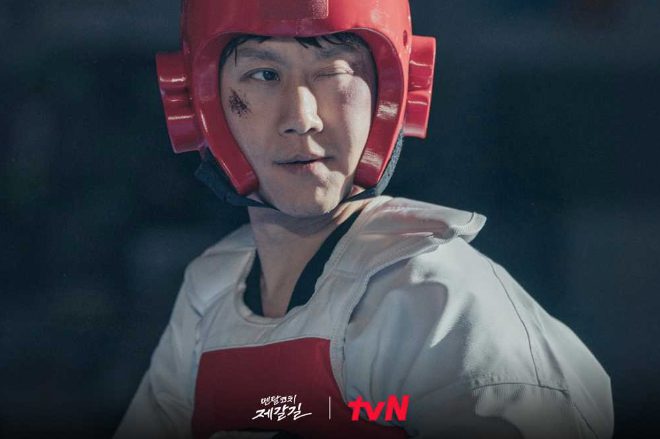 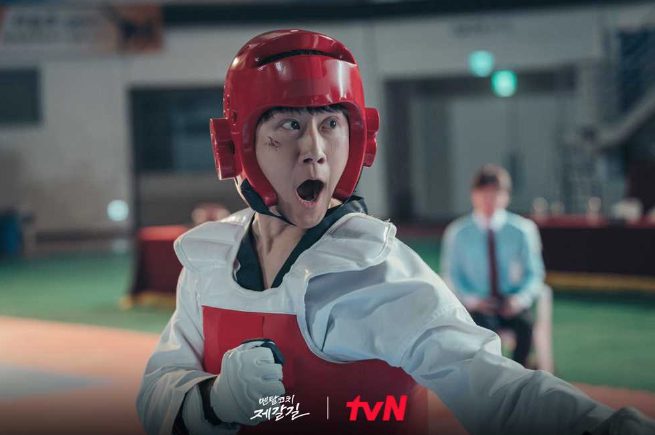 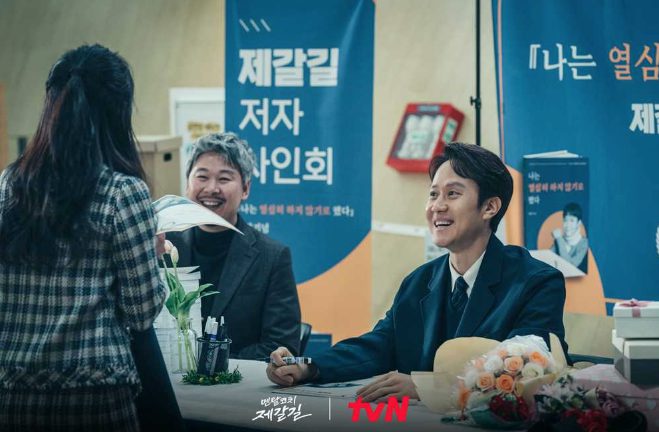 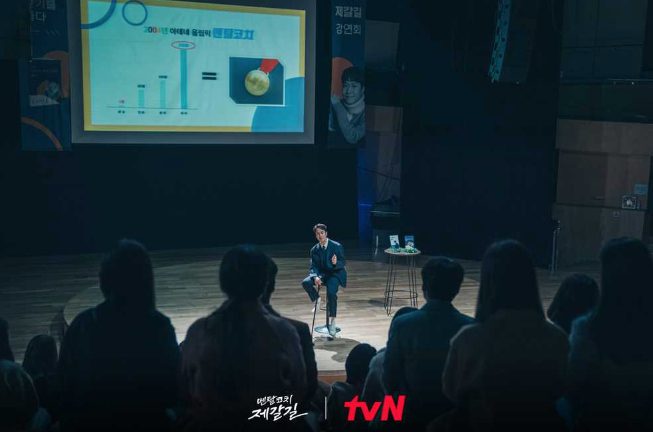 i am a black belt in tkd so i think i will tune in! humor is good after so many heavy dramas

Yes, finally lets hope that it lives up to the expectations and is the much needed replacement for Business Proposal and Shooting stars humour but without any unnecessary romance unless it adds to the show.

Jung Woo will always be Trash to me (That would have a completely different meaning outside the KDrama context!).

Let us keep our fingers crossed and hope for the best.

It has "I will fix you guys" vibes and these screenshots remind me of those inspiring character like Eikichi Onizuka of GTO and I love that! Jung woo naver dissapointed me. I will tune in!