Namgoong Min fights for affordable justice in One Dollar Lawyer 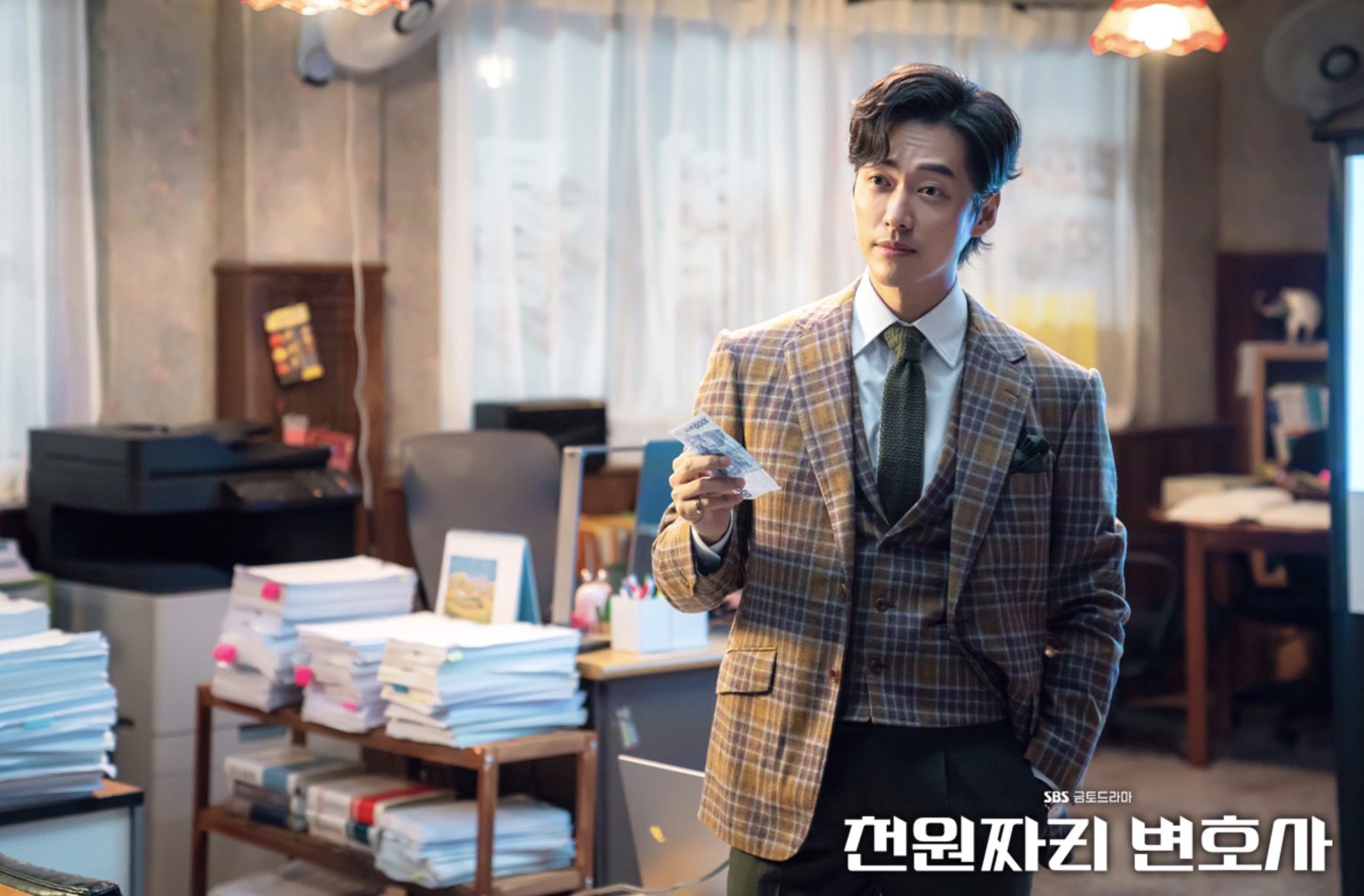 SBS’s upcoming drama One Dollar Lawyer has dropped some new stills and its first teaser, giving us a look into the comedic elements of the drama and answering the question we’ve all been asking: can Namgoong Min pull off what his character summary describes as a “sophisticated perm”? (Spoiler: he can!)

Namgoong Min (The Veil) plays Cheon Ji-hoon, a gifted lawyer who takes on the oppressed and underprivileged as clients while only charging them 1,000 won in legal fees. He’s an unstoppable force in court with the suave hair to match, but his dogged pursuit of justice makes him many enemies among the corrupt rich and entitled.

Ji-hoon’s fight for his clients will have him crossing paths with certain high-level prosecutors such as our golden-spooned female lead Baek Mari, played by Kim Ji-eun (Again My Life), and her power-hungry colleague Seo Min-hyuk, played by Choi Dae-hoon (Insider). In a world of political machinations and backdoor deals, our hero will have to use his wits to fight for justice while keeping himself under his already low budget.

The drama’s first teaser gives us major vigilante Batman vibes. In the first scene, Ji-hoon walks down the street, picking up the sounds of helpless cries (“I didn’t do it” “Please help me”) like a radio picks up a signal. In the next scene he narrates, “I heard you needed someone to save you,” while he epically struts in the night to a potential client. The client is shocked when Ji-hoon confirms that yes, he’ll only need to pay him with the change in his pocket.

We then cut to some scenes of him out in the field, investigating crime scenes, fighting with police officers (verbally), gangsters (physically), and pointing accusatory Phoenix Wright fingers at people. All the while we hear voiceovers of exasperated people asking him if he really needs to make these open-and-shut cases more complicated than they need to be. He answers them all with his definition that a lawyer is someone who fights for his clients.

Penned by the writer duo Choi Soo-jin and Choi Chang-hwan (Heart Surgeons, Defendant) and directed by Kim Jae-hyun, One Dollar Lawyer will air starting September 23 in the Friday-Saturday slot on SBS. 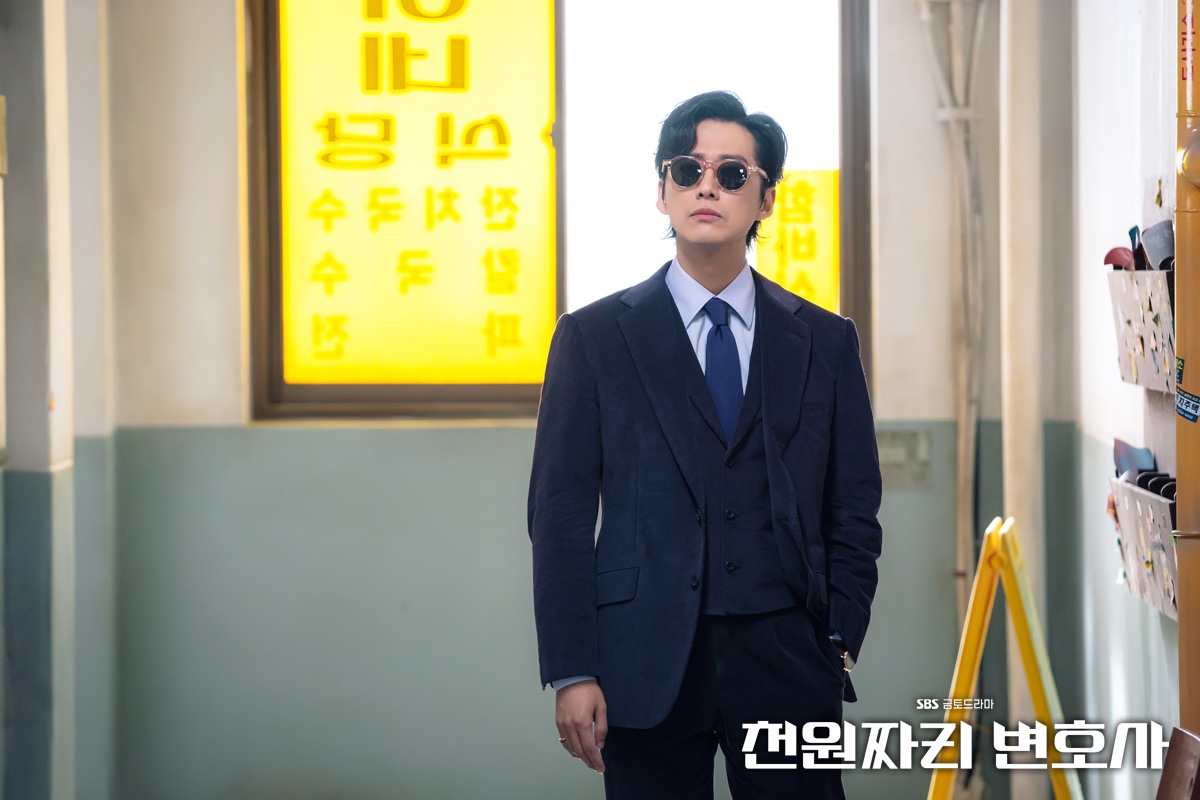 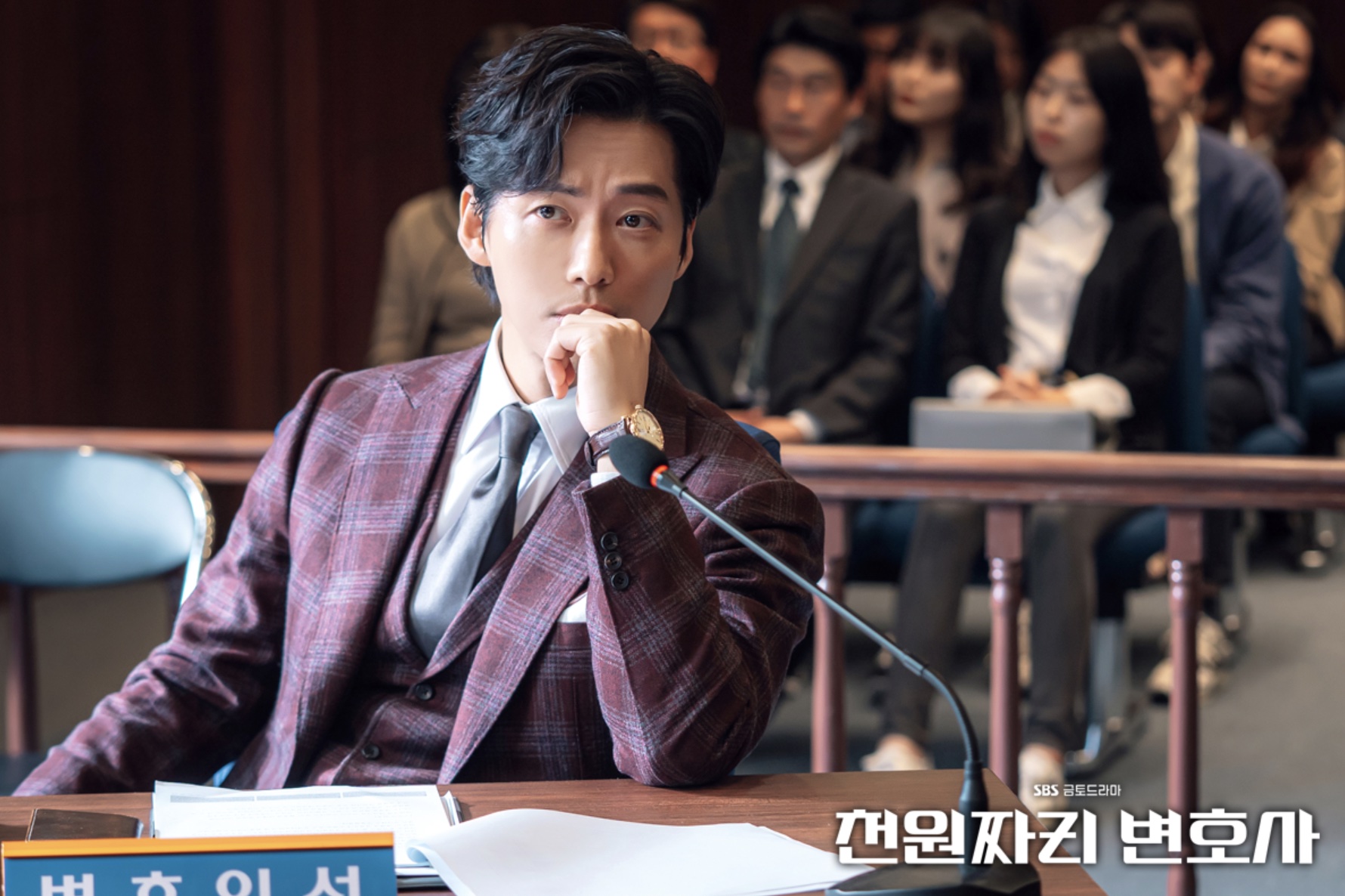 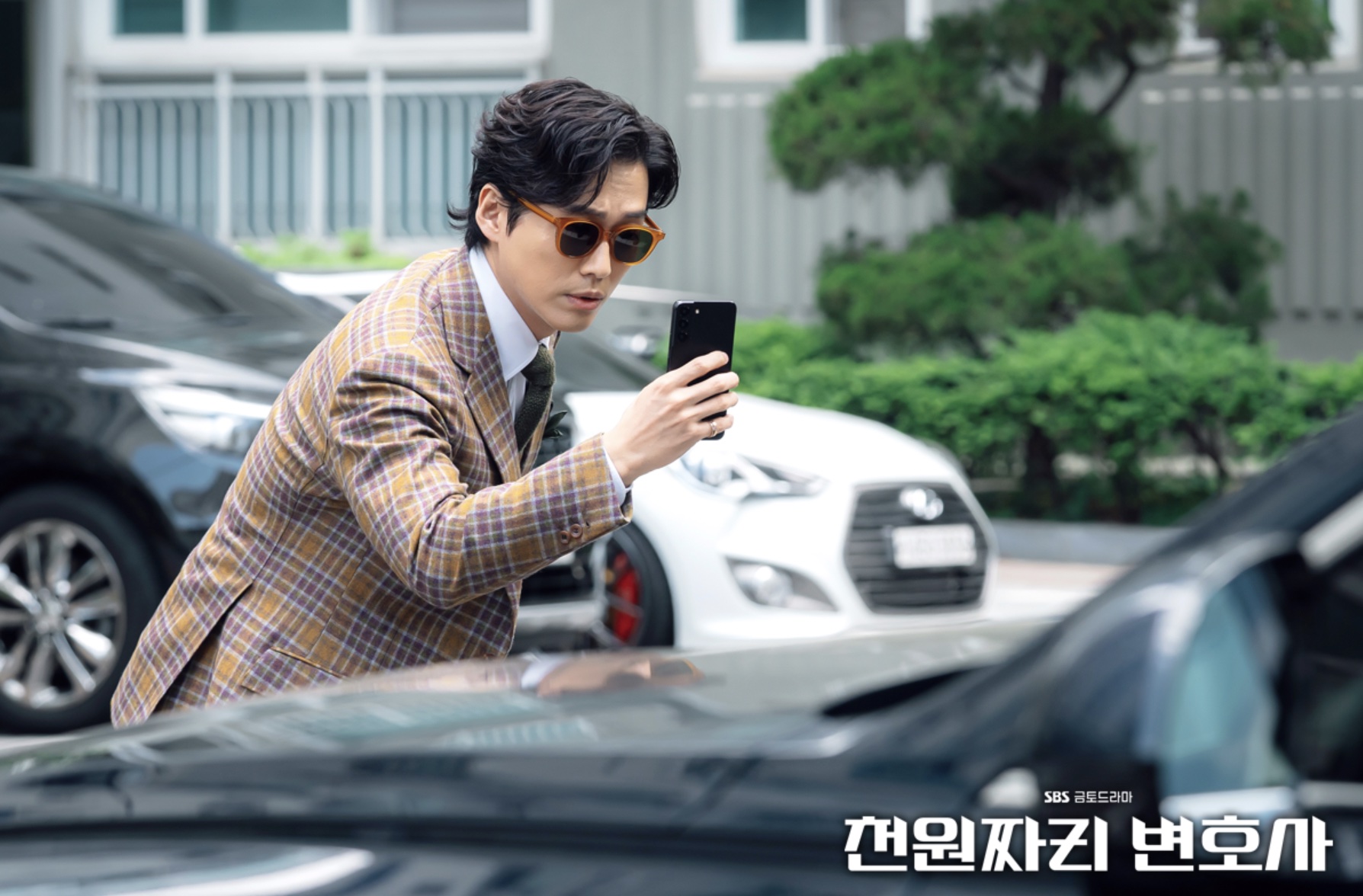 Namgoong Min can pull off ANY style, hair or clothes.

I'm looking forward to this! If anyone can do wacky, Namgoong Min can. ^^

He looks so handsome in that suit. I can't wait to watch this. I'm getting Chief Kim and Goong Shim vibes.

I really liked the first poster for this drama. I won't be watching though.

I read played by Kim Ji-eun (Again and I was yeah again, why!? and after I saw it was just the title of her last drama...

I watched Cafe Minamdang with a FL I didn't like, neither the character, neither the actress, I guess I will be able to watch this one for Nam Goong-Min.

@bbstl: I agree. That is not a perm in my book. Has the meaning of a perm changed while I was getting older as It doesn’t make sense to me.

Nobody can pull off wacky hotness like Namgoong Min. That man is a fucking chameleon. He looks real good in every one of these stills.

As for the unfortunate presence of Kim Ji-eun… *sigh*. Well, I managed to sit through eighteen whole episodes of Oh Yeon-seo’s catastrophic miscasting in Cafe Minamdang, who I don’t dislike nearly as much, so I guess I can do this. The FF button will get real busy though.

Getting Chief Kim vibes. Yey! I have not missed any of Nam Goong Min's recent dramas yet. (Yes even the lacklustre The Veil.) I think I will manage to enjoy this one.

Plus I like the floofy hair and colorful suits. He still has the bulk underneath that suit. Looks like he is maintaining his hard-earned muscles from The Veil.

Eeee! Nam Goong Min in his unparallal whacky charm is gracing my screen on my birthday!......Thank you drama gods for such a thoughtful birthday gift. (cries*)

Hope you have a fab birthday when it comes. Are you at an age where you milk the whole birthday month for special treatment and treat yourself throughout😆

LOL! Fortunately I am past that age and the only thing I really look forward to is good food, relaxation and self-care on my birthday. I am already planning to grab my birthday cake and eat while watching Nam Goong Min on my screen.

yippee skippee! Christmas in September! my love is back again and he can do no wrong in my book. he and Kim Nam Gil top my list of I am in love and admiration for them.

Namgoon Min is always good. But most legal shows leave me cold. So I will probably wait and see how others like this show before deciding to watch it or not.