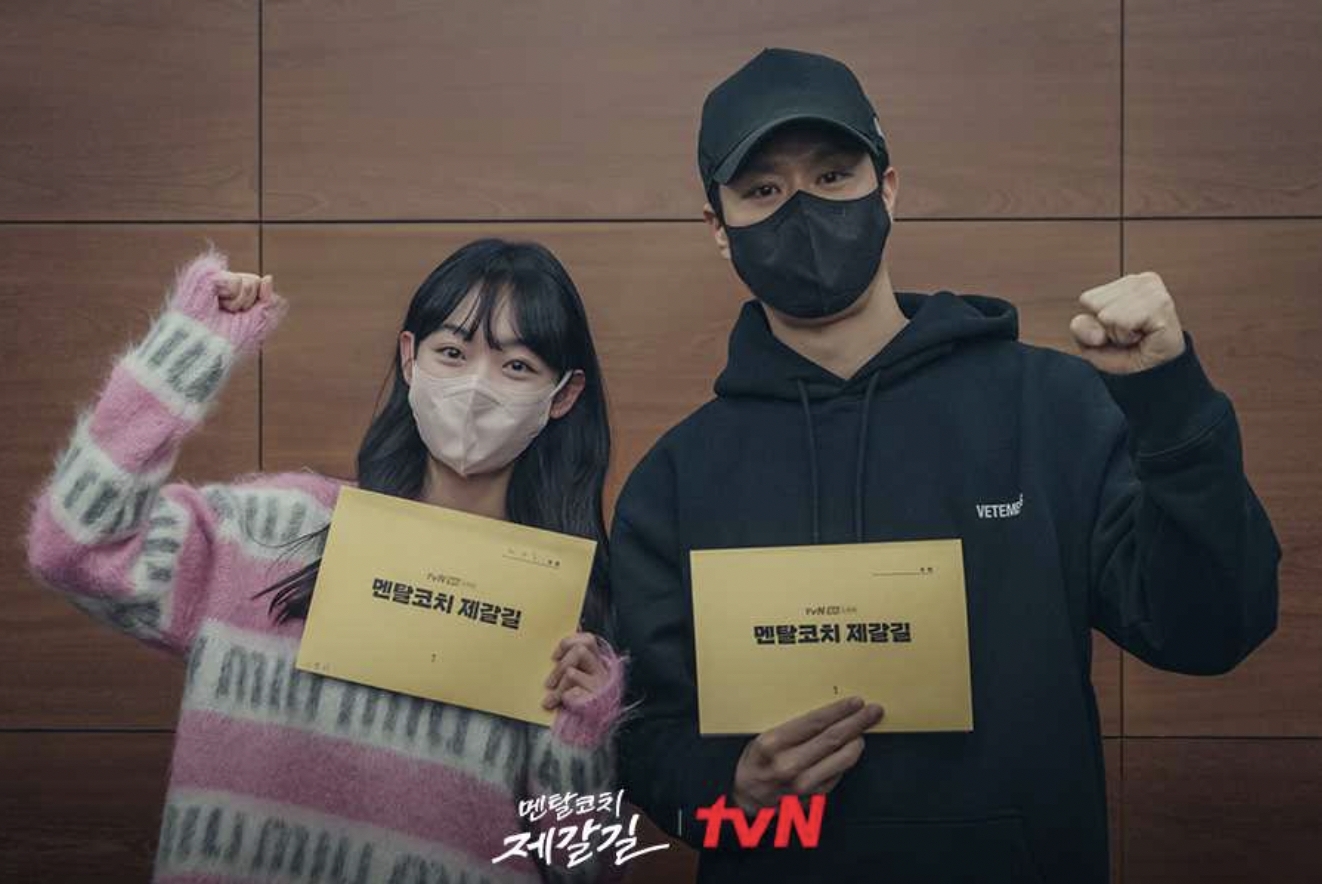 The cast of tvN’s upcoming drama Mental Coach Je Gal-gil (literal translation) have recently had their first script reading, and stills have been released.

The drama stars Jung Woo (Mad for Each Other) as the titular “mental coach,” Je Gal-gil. Gifted in taekwondo, Gal-gil was formerly on the national team until he was kicked out for unexpected reasons. Years later, he’s given the opportunity to return to the athlete’s village, except this time as a sports psychologist.

In her first leading drama role, Lee Yumi (All of Us Are Dead) plays a short track gold medalist, Cha Ga-eul. While her beauty, skills, and poker-faced ice princess persona won her many fans in the past, after leaving the national team, she has since lost her edge. As she gets treated by our mental coach, she seeks to find the strength to overcome her slump and make a skating comeback.

Kwon Yul (Dal-li and Gamjatang) plays Ko Tae-man, another former taekwondo athlete who was also Gal-gil’s greatest rival. Having caused the accident that took Gal-gil off the national team, he’s since risen the ranks from athlete, to gold-medalist, all the way to HR director of the national sports association. He’ll butt heads with our lead as a cold and ambitious man who believes the ends justify the means.

Rounding out the main cast is Park Se-young (Special Labor Inspector Jo) playing Park Seung-ha, another sports psychologist. In her past, she was formerly a doctor, but she decided to switch professions after treating her first patient, the then-athlete Gal-gil. Considering that Gal-gil dramatically changed the course of her life, she must now navigate the complicated feelings of having to see him every day as a colleague.

Written by Kim Ban-di (Special Labor Inspector Jo, Angry Mom) and directed by Sohn Jung-hyun (Should We Kiss First), this feel-good healing drama is set to air toward the end of this year on tvN. 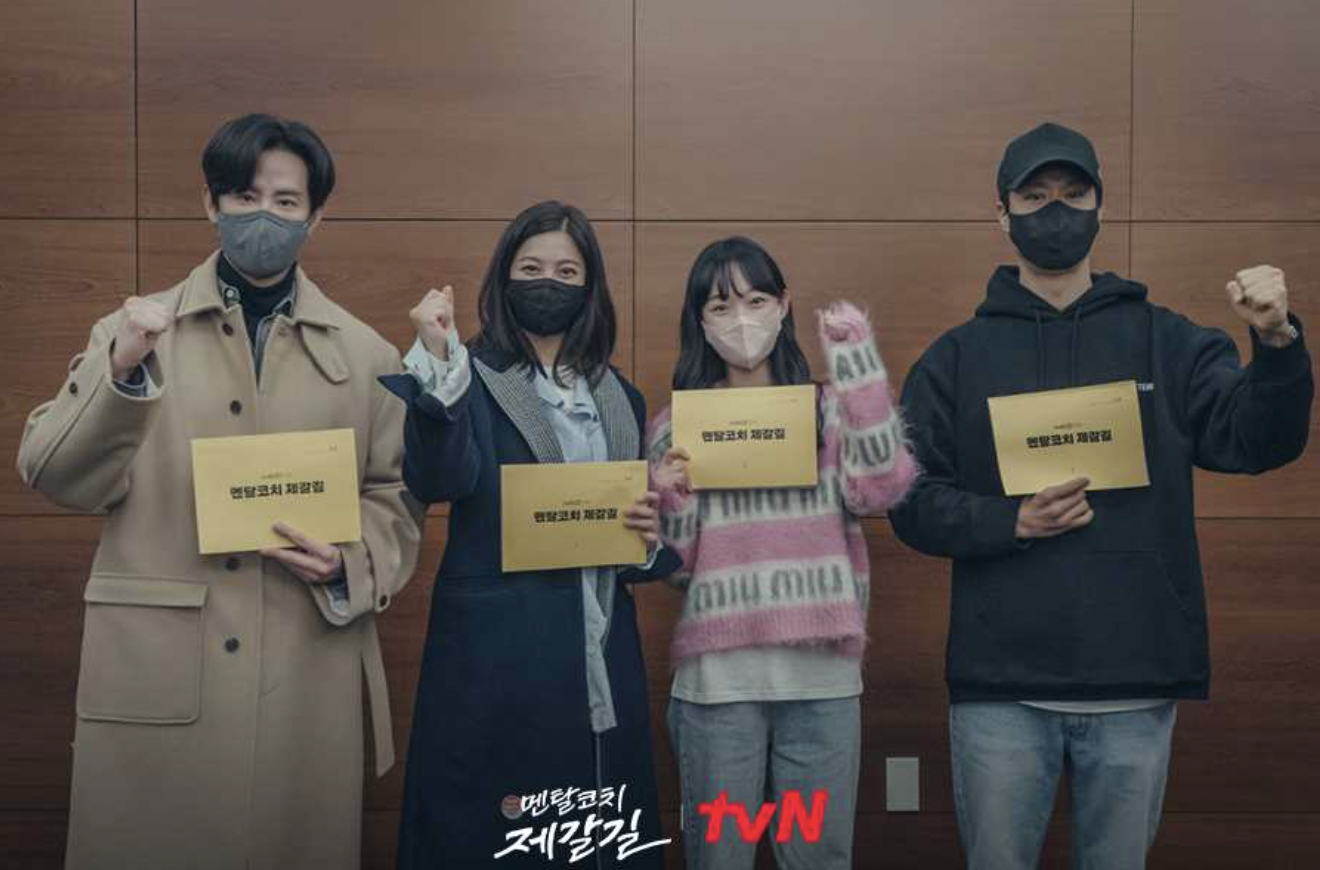 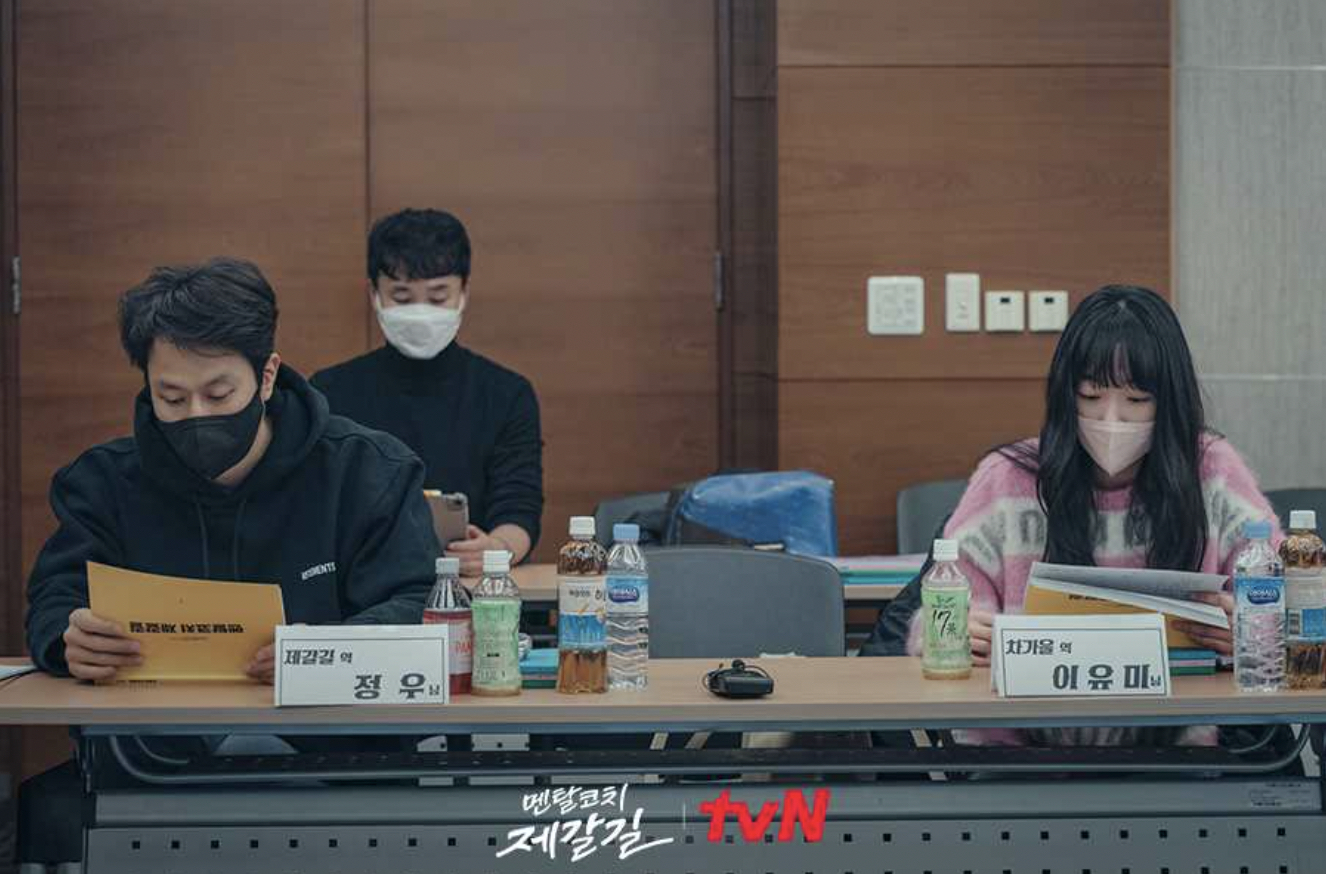 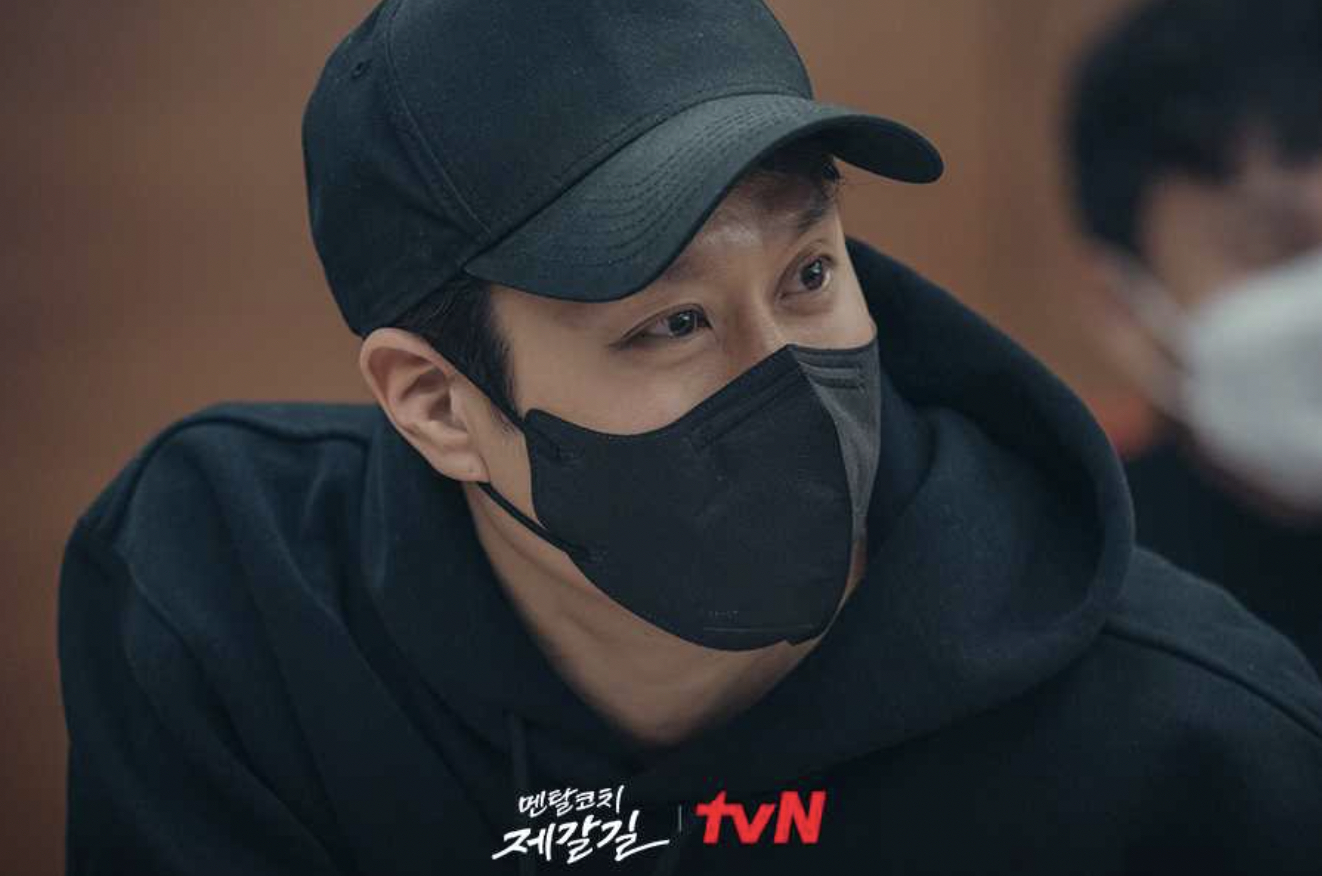 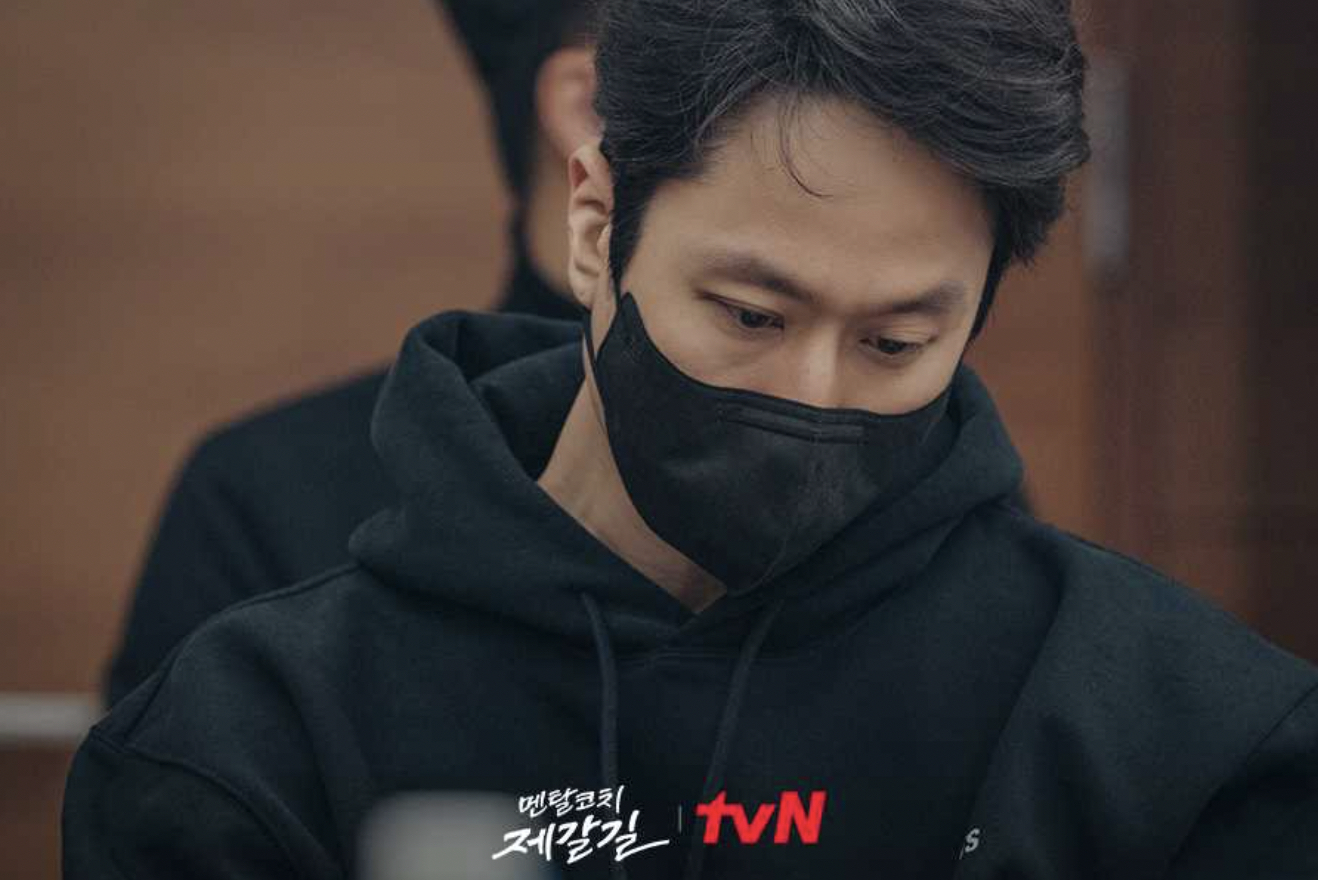 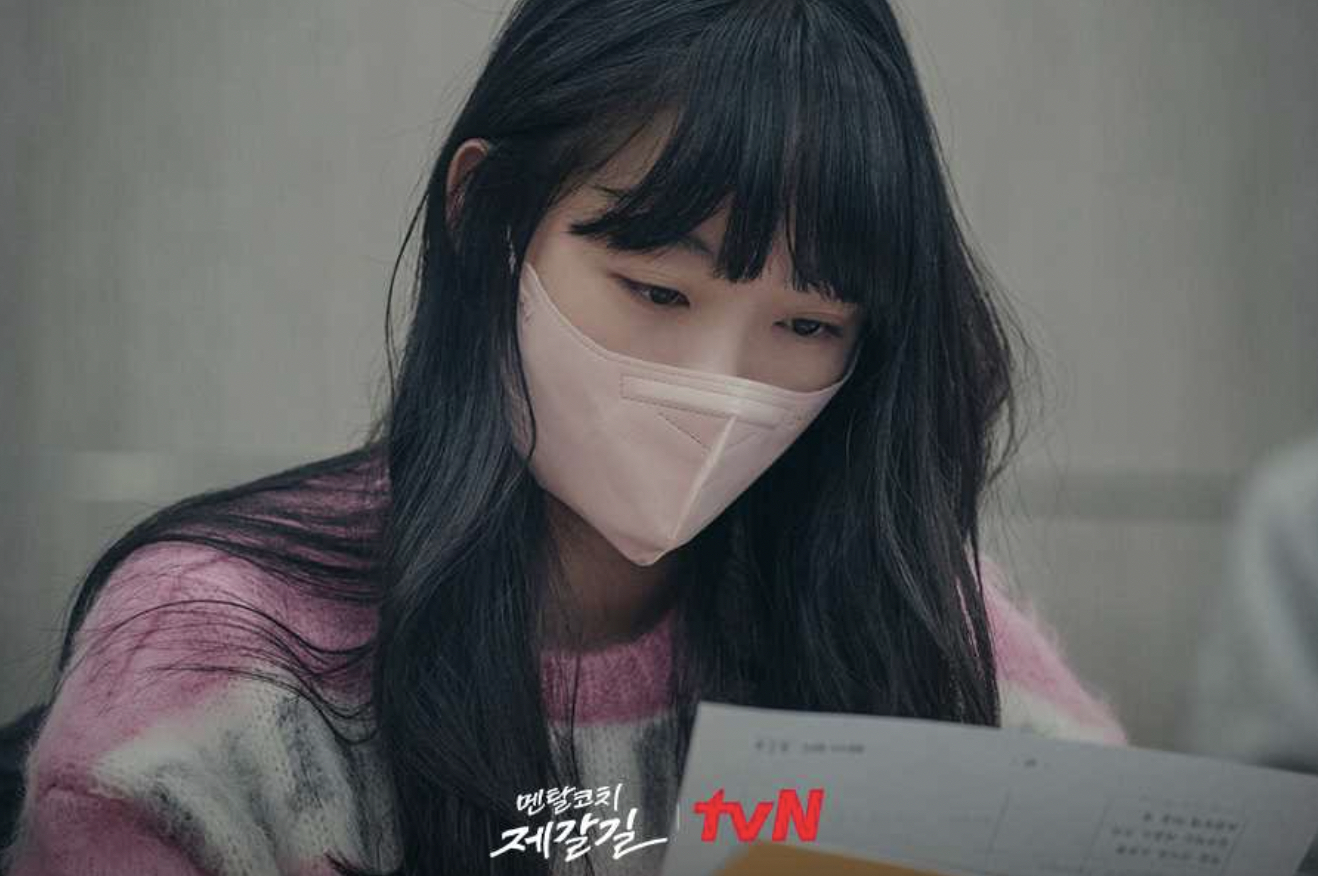 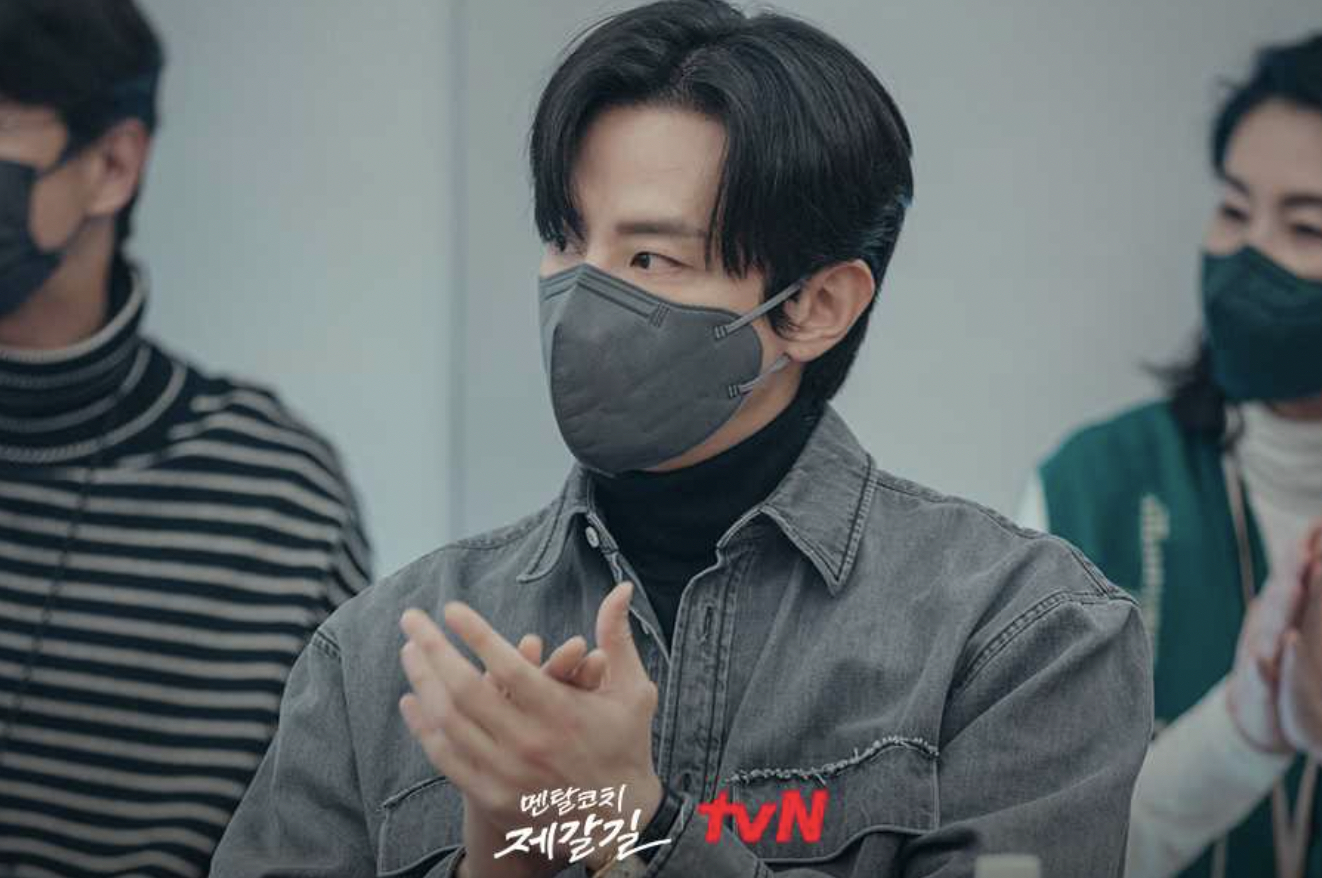 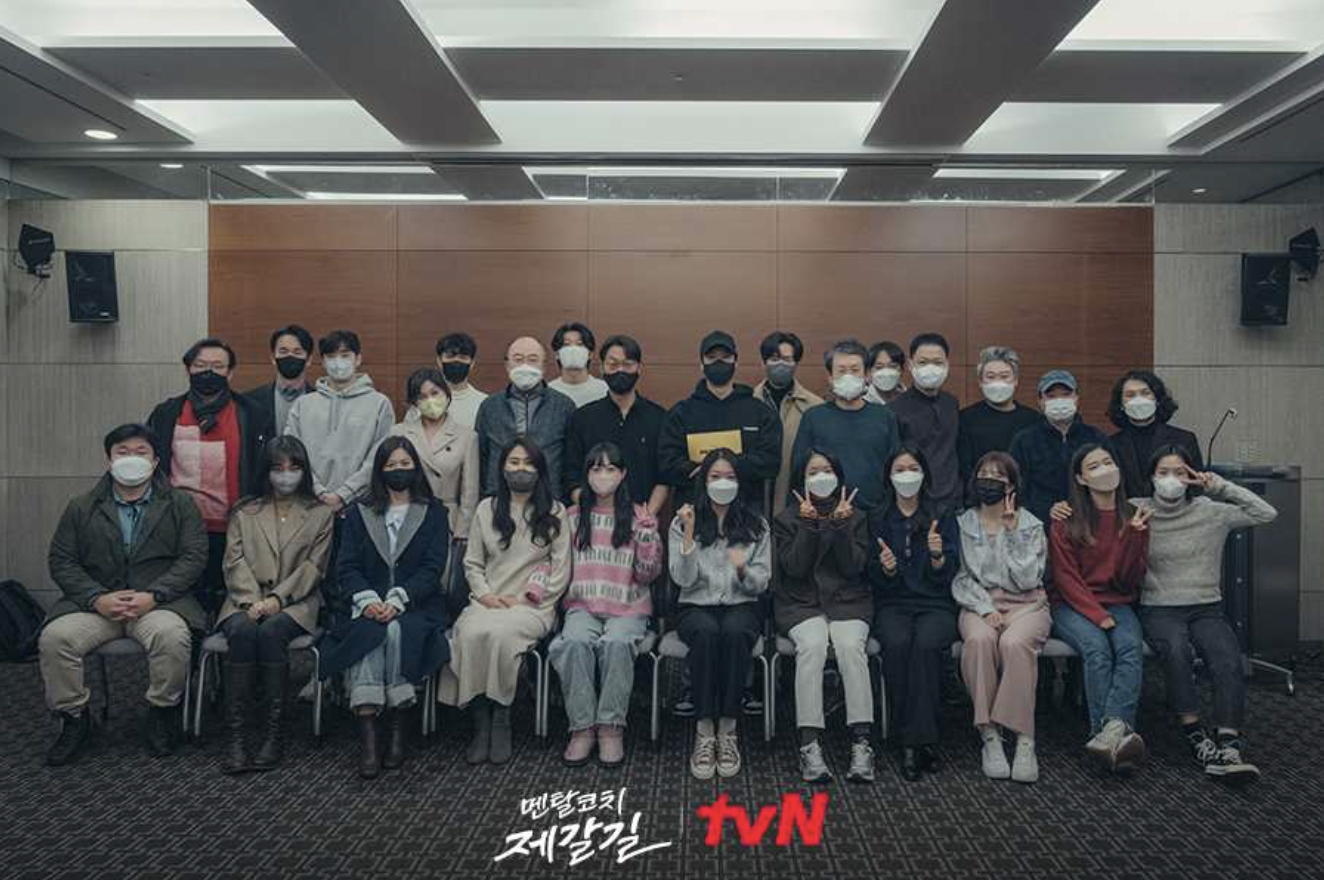 Oh wow a different angle for mental health and sports dramas, I like the sound of this one. Definitely one for the must watch list.

Are they going to wear masks forever in ROK? No need for photos...

"have recently had their first script reading, and stills have been released." Recently? I doubt it. The photos are definitely from a few months ago. Just look at the actors' clothes.

Someone else made this point on here to say by the time they release these the drama is nearly ready for release and it’s just the first step in the promotion close to release date. It makes sense to release to increase interest but as @kcarlsen points out the fact they are all still in masks suggests it is from months ago too as the mask wearing has changed now.

i'm so excited for lee yumi!! she's been great in everything i've seen her in so far~

not another power imbalance romance story: an athlete and her coach. korean writers love these questionable relationships... f*ck all and let's love lol