Yahoo, this is looking more fun by the second! SBS’s upcoming drama One Dollar Lawyer has released its second teaser and it gives off even more playful vibes. It also makes me do a double-take to see Namgoong Min and Kim Ji-eun — recently seen in The Veil as buff international spy and scrawny intelligence agent — now transmogrified as wackadoo attorney and intern, respectively.

The drama follows Cheon Ji-hoon (Namgoong Min), a talented lawyer who defends the oppressed and only charges them 1,000 won (roughly $1 USD). The first teaser set him up as a Batman sort of hero, but now we get more insight into the story and how it connects to our heroine.

The new teaser opens with hotshot lawyer Baek Mari (Kim Ji-eun) sashaying down the road as she heads off to her internship in a flashy magenta pantsuit. An angry patriarchal voiceover informs us that she has to last two months at said internship before she can work at Baek Law Firm. She seems confident at first — but not after she sees the filthy office and Attorney Ji-hoon hiding from her behind his desk.

When he realizes she’s there to intern, he teases her relentlessly and acts so madcap that it’s hard for her to take him seriously as a professional. Indeed, we are treated to a montage of him and his colleague (played by Park Jin-woo) acting so weird that Mari wonders: there’s something I need to learn from this pathetic attorney?!

We see more cuts of the two generally butting heads, and the teaser comes to a close with a hilarious face-off. We hear Ji-hoon say in voiceover that she should tell him if she can’t handle it, while Mari responds, “You think I can’t do it?”

I am loving how the story puts our leads at odds — but also on the same side — and it should make for a lot of fun. Namgoong Min is clearly going to be comedic gold, and I have a feeling he will be able to draw it out of Kim Ji-eun as well. At least, the teaser got my hopes up.

Written by Choi Soo-jin and Choi Chang-hwan (Heart Surgeons, Defendant) and directed by Kim Jae-hyun, One Dollar Lawyer premieres September 23 in the Friday-Saturday slot on SBS. 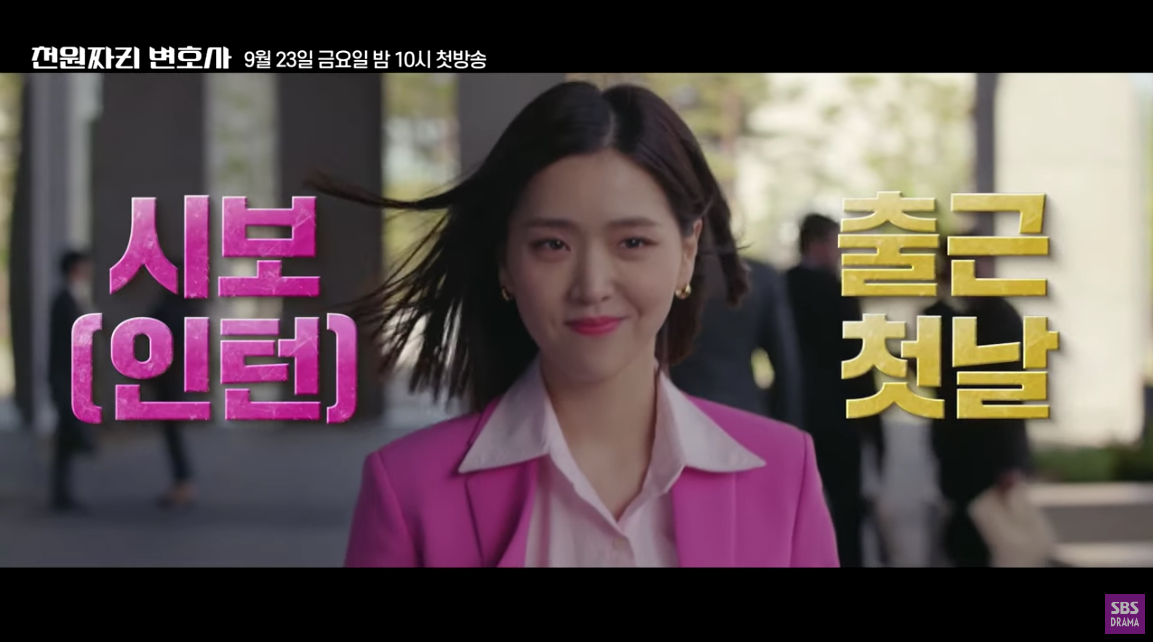 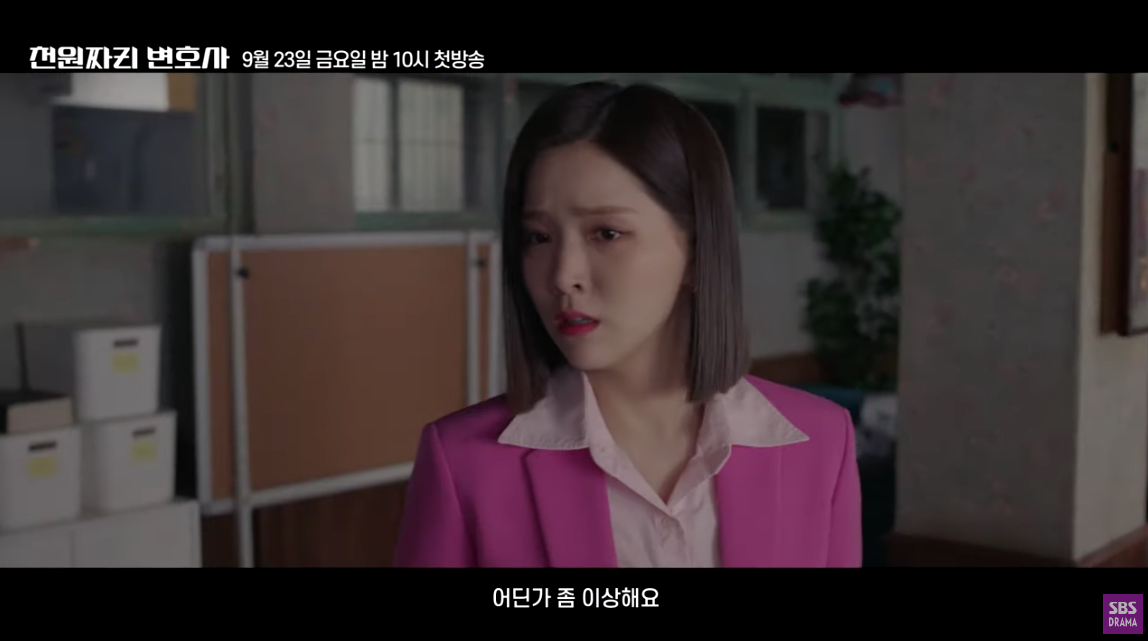 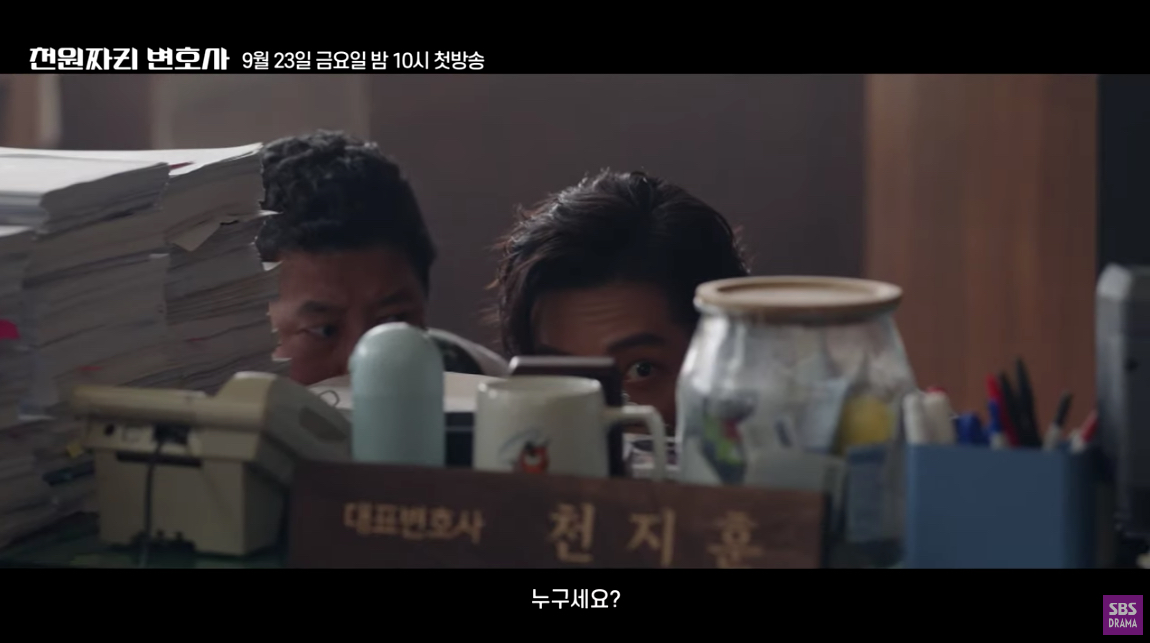 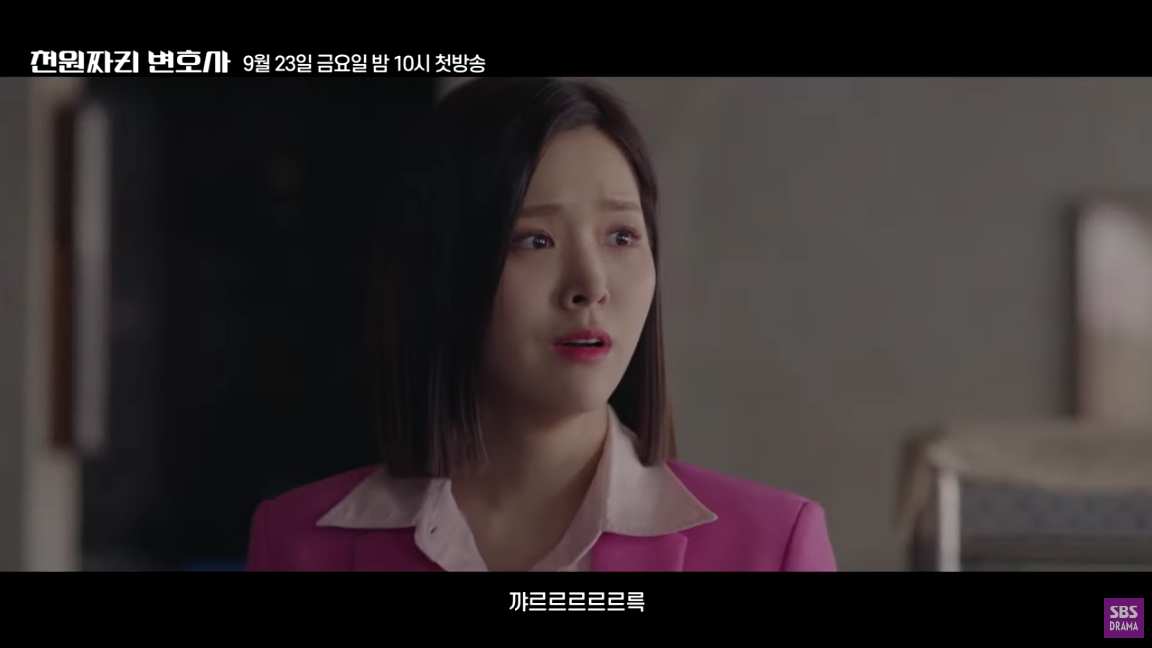 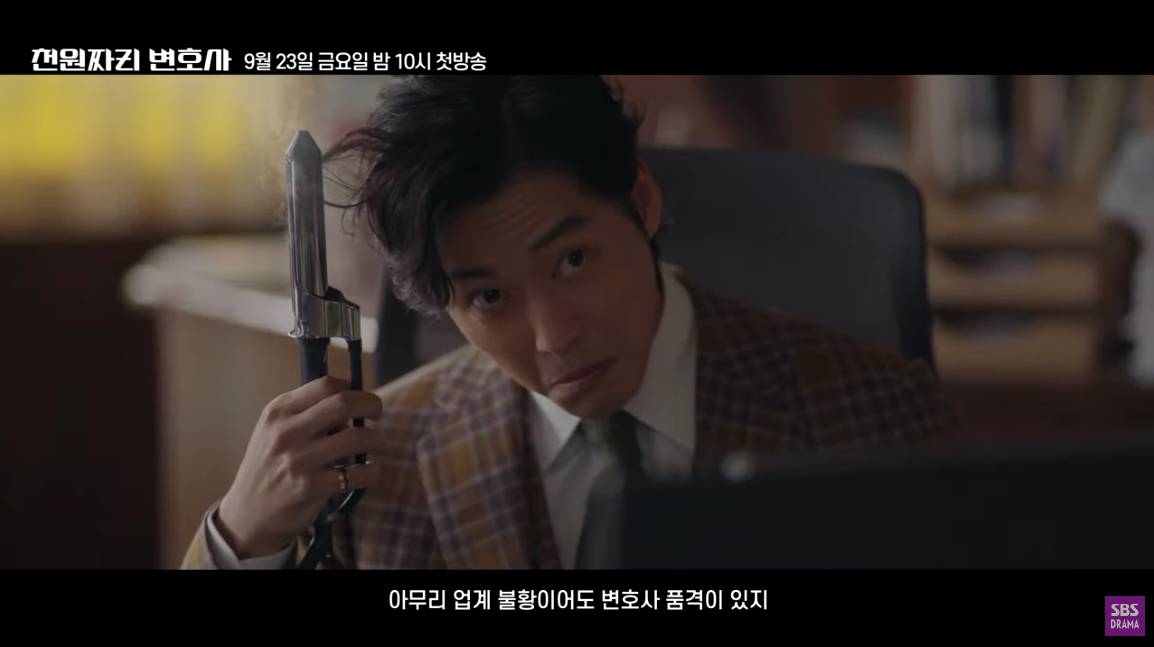 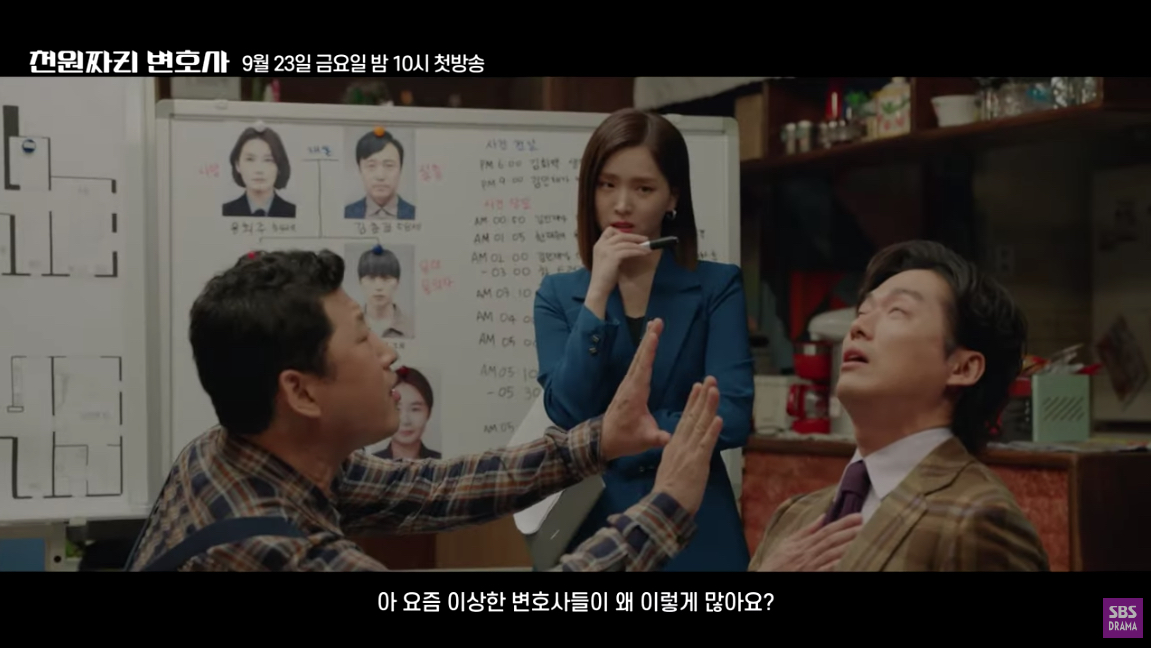 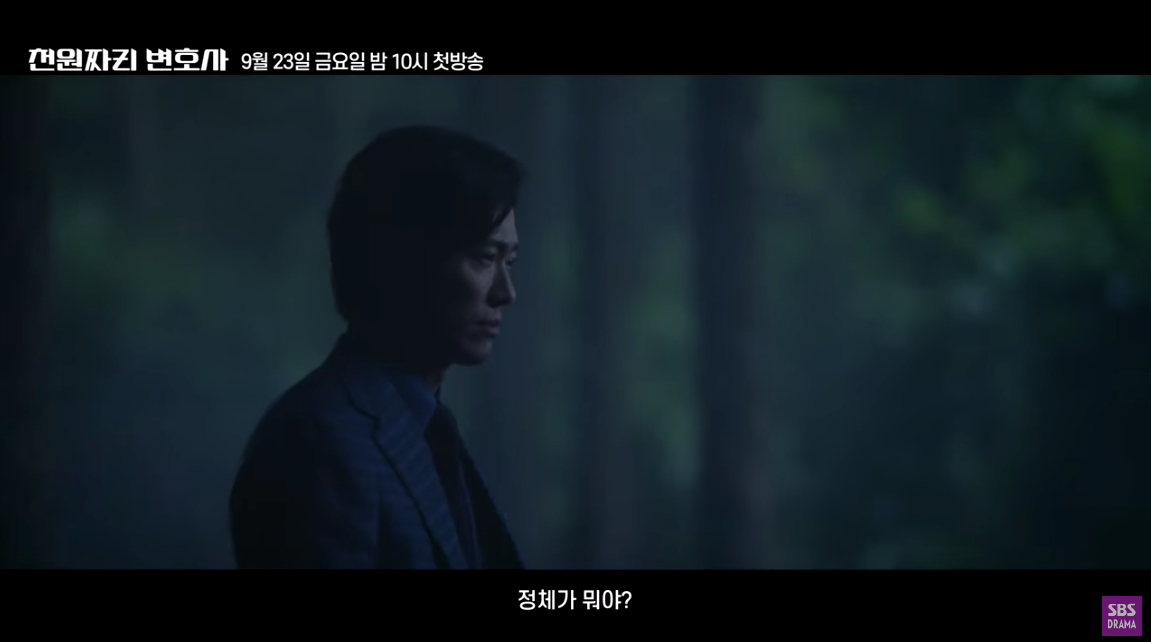 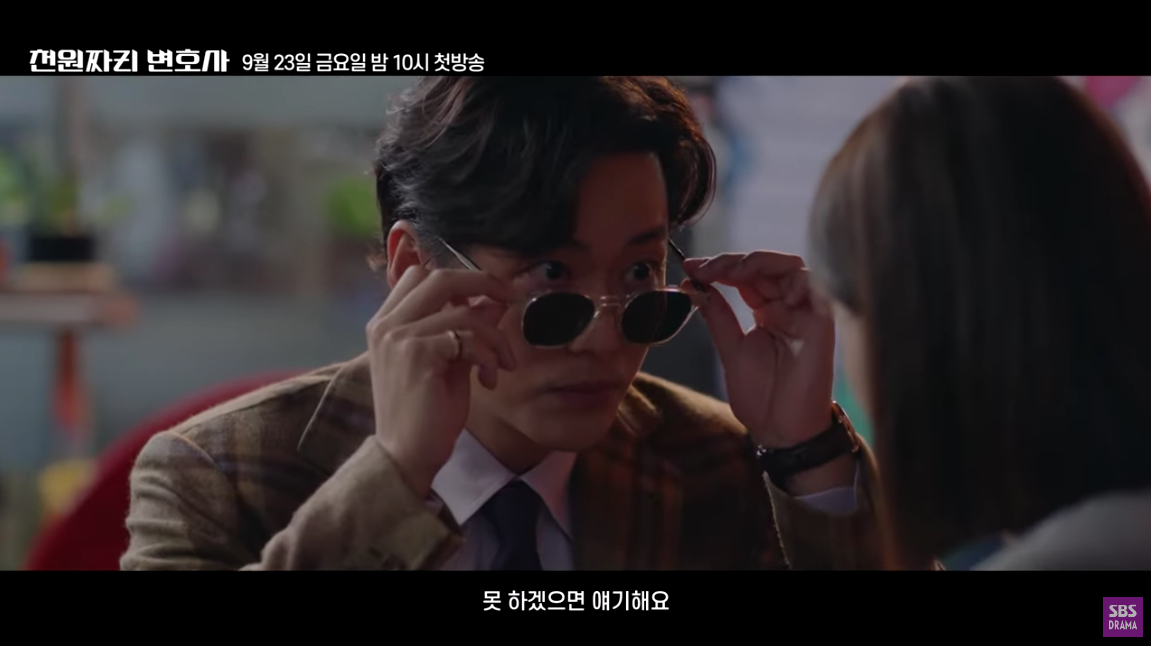 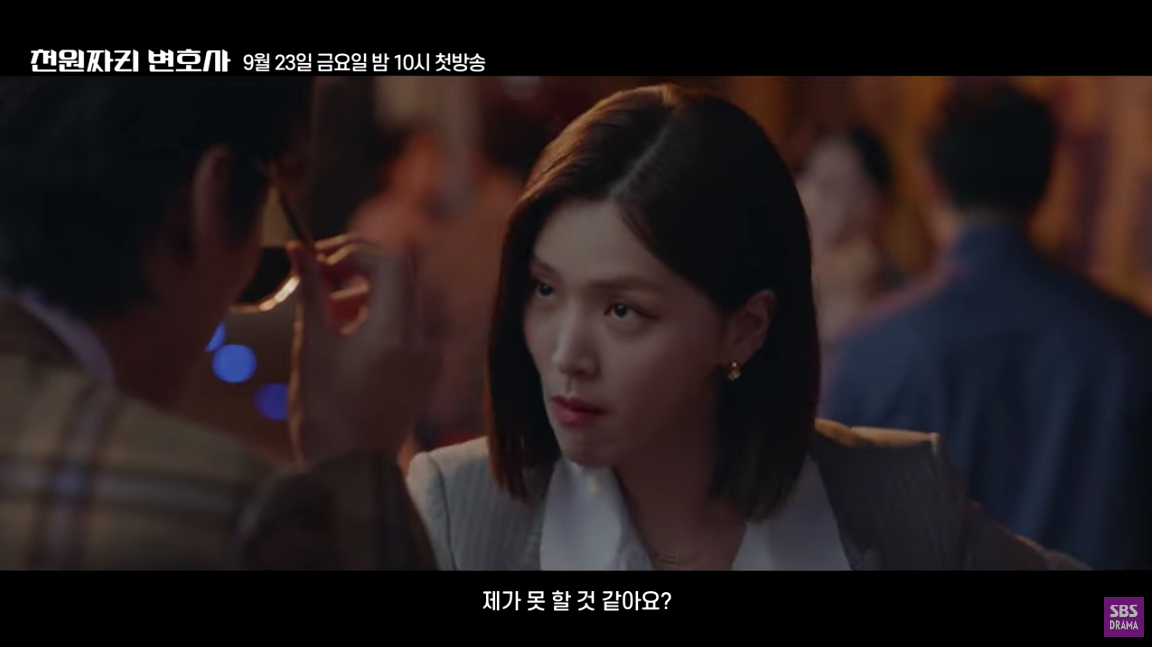 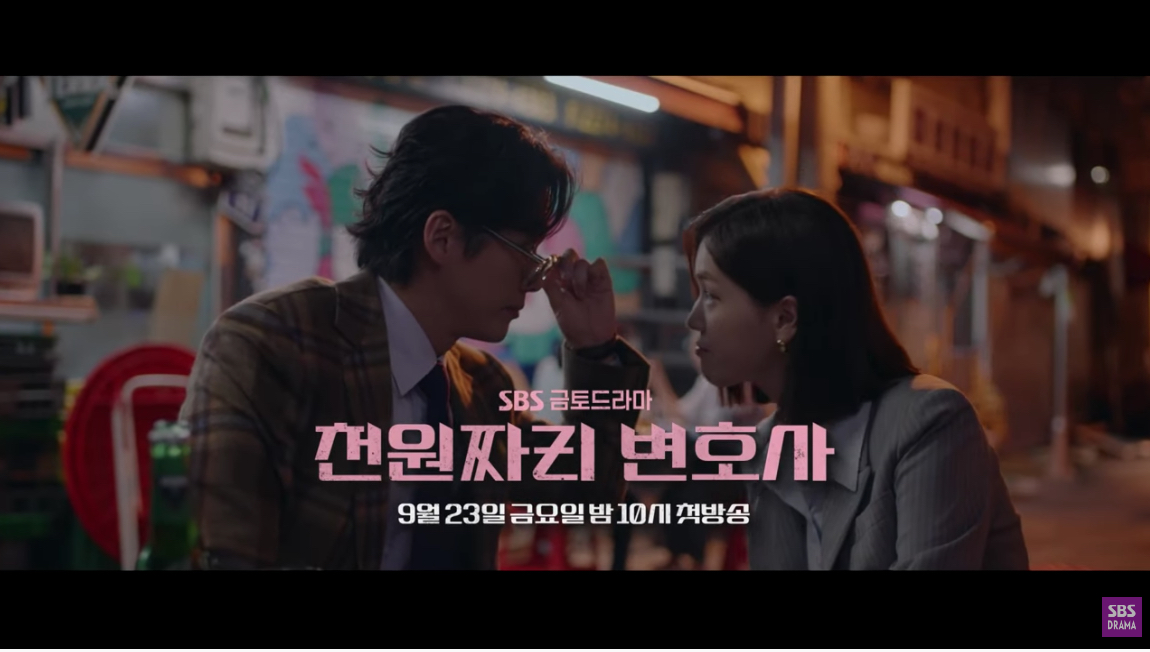 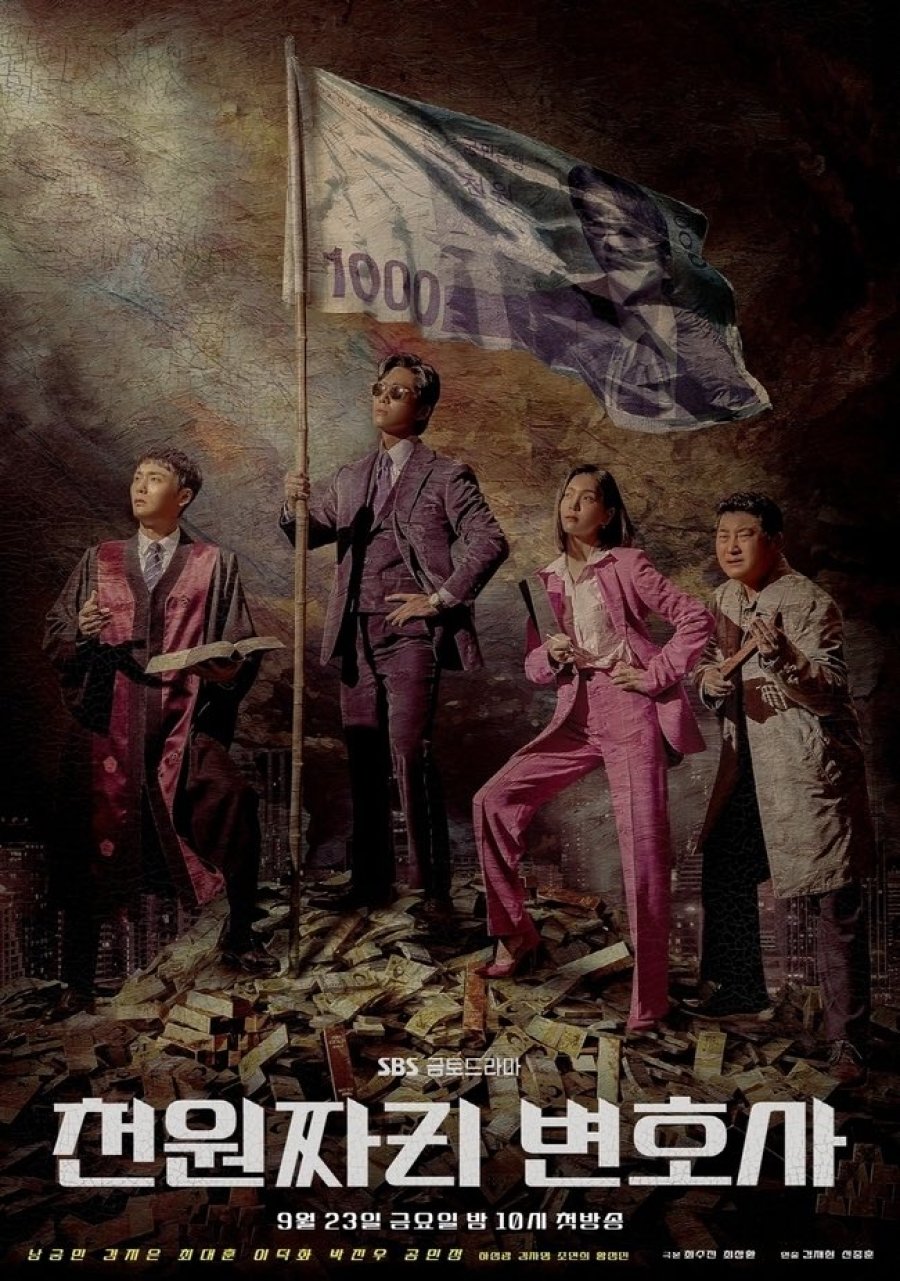 Everything about this looks good. But two key questions :

SIGH, #1 is the problem, everything else looks great, but they keep casting her for some strange reason!!!!

What other show was she in? She does not look familiar. (or she looks like she was doing a lot of side roles which you do not remember)

She was the FL in The Veil with NGM and Again My Life with LJG.

Not seen either of them (Even The Veil in spite of NGM being in it) so had no idea.

She was in Again My Life. Blandest FL ever. Seems to have gone in the other direction for this show with the OTT acting.

While watching this I felt that she has a presence of a side character and not even some important one.

Bland because of acting or writing?

@songxrising can't reply to the thread any further so replying here - I'd say both. The writing didn't give her much too but she definitely made it worse with a very monotone approach to the role.

Law Café first 2 episodes were disapointing, so I have hopes for this one.

I love that last poster so much I almost forgot this is another legal drama!

Reminds me of the pose in Vincenzo! Which was also a quote, from a famous painting by … maybe Delacroix? I wonder if they made the connection deliberately?

I like that poster too. Its among the more creative posters kdramaland has churned put lately.

This drama has creative posters. Have you seen their vending machine poster? https://programs.sbs.co.kr/drama/1000won/visualboard/74947?cmd=view&page=1&board_no=18781

Hahaha, I had not but thanks for linking it! Love it!

Nam Goong Min does comedy well so he will nail this role!

But omg I forgot she is in this too. In this little snippet I am not sure she can hold her own against NGM. Prove me wrong.

The law office and hallway looks like the same one as from Vincenzo. Did they film in the same location?

I realized that too. The overall vibe was similar to JYB in Vincenzo

Yeah, both the FL's acting and the pink (albeit it is magenta here) pantsuit is reminiscent of Hong Chayoung.

Everything about this show we’ve seen so far has been gold… except Kim Ji-eun. She really does not have the presence required to keep up with the tour de force that is Namgoong Min.

Same start date as Love in Contract. Will be interesting to see how these two dramas fare against each other...

Namgoong Min always delivers for me. i am so excited for this! one of his many talents is being able to draw out the best from his co-actors and make the who place better. he's on my gold list of actors on another level of mastery in acting.

Namgoong Min involved in comedic antics ..... I can't wait! Everything about this looks fun!

And I have to say, I kind of want those sunglasses!

The last poster is so creative! The vending machine one was too. It seems it’s definitely leading towards Chief Kim NGM quirky role!

I echo the FL comments. She’s just serviceable, and brings nothing to the table. Seen her in Veil/Again My Life, & she disappears (Veils role was a bit stronger) but she just does her job and that’s it. Boring is the word. Perhaps she’ll be less bland this time?