New Cheer Up poster and stills boast some serious pomp 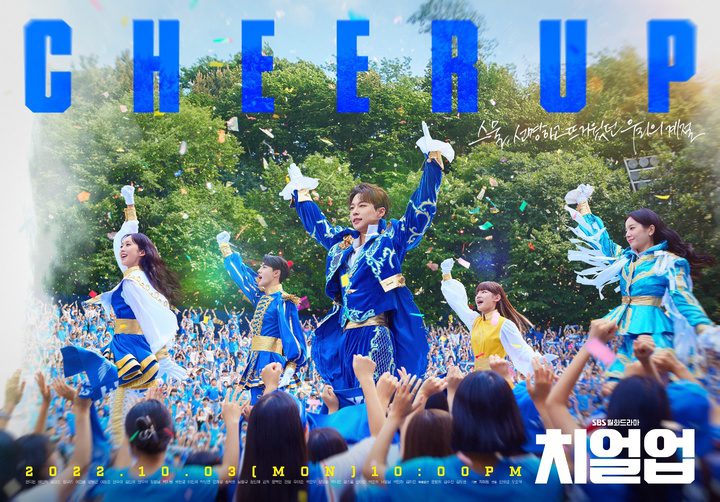 SBS’s upcoming campus drama Cheer Up is about a cheerleading squad that apparently looks like they jumped out of a VIXX music video from a handful of years ago, and I’m not complaining!

Theatrics aside, our new poster and stills give a nice peak into the drama’s super-curated varsity look, and while we gaze upon them, we can (im)patiently way for another teaser… and a little more insight on the “mystery” plot line that this drama also promises.

Primarily billed as a campus romance, though, the drama stars Han Ji-hyun (Penthouse 3) as a new cheer recruit, and Bae In-hyuk (Why Her?) as the idealistic cheer captain. Also starring are squad vice-captain Jang Gyu-ri (It’s Okay to Not Be Okay), and new recruits Kim Hyun-jin (Can You Deliver Time?) and Lee Eun-saem (All of Us Are Dead).

I’m a firm believer that only K-dramas have the ability to take a crew of cheerleaders in wild blue Rococo-themed outfits and create a story that can make us squee, smile, and feel things, so I’m really excited to see more of this drama as we head closer to the premiere. Also, the writer was responsible for one of my personal favorite hidden gems, so… bring it on! 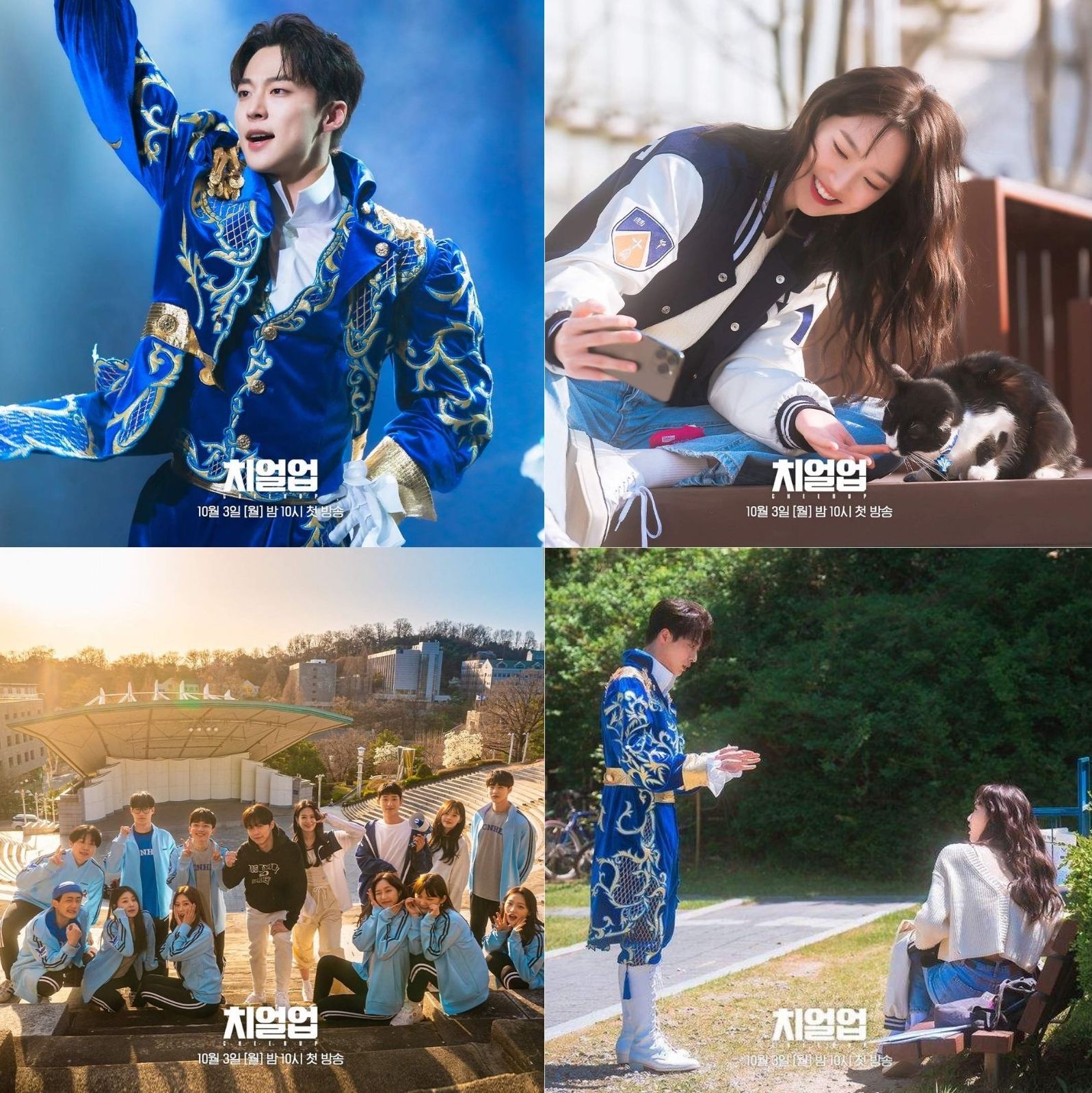 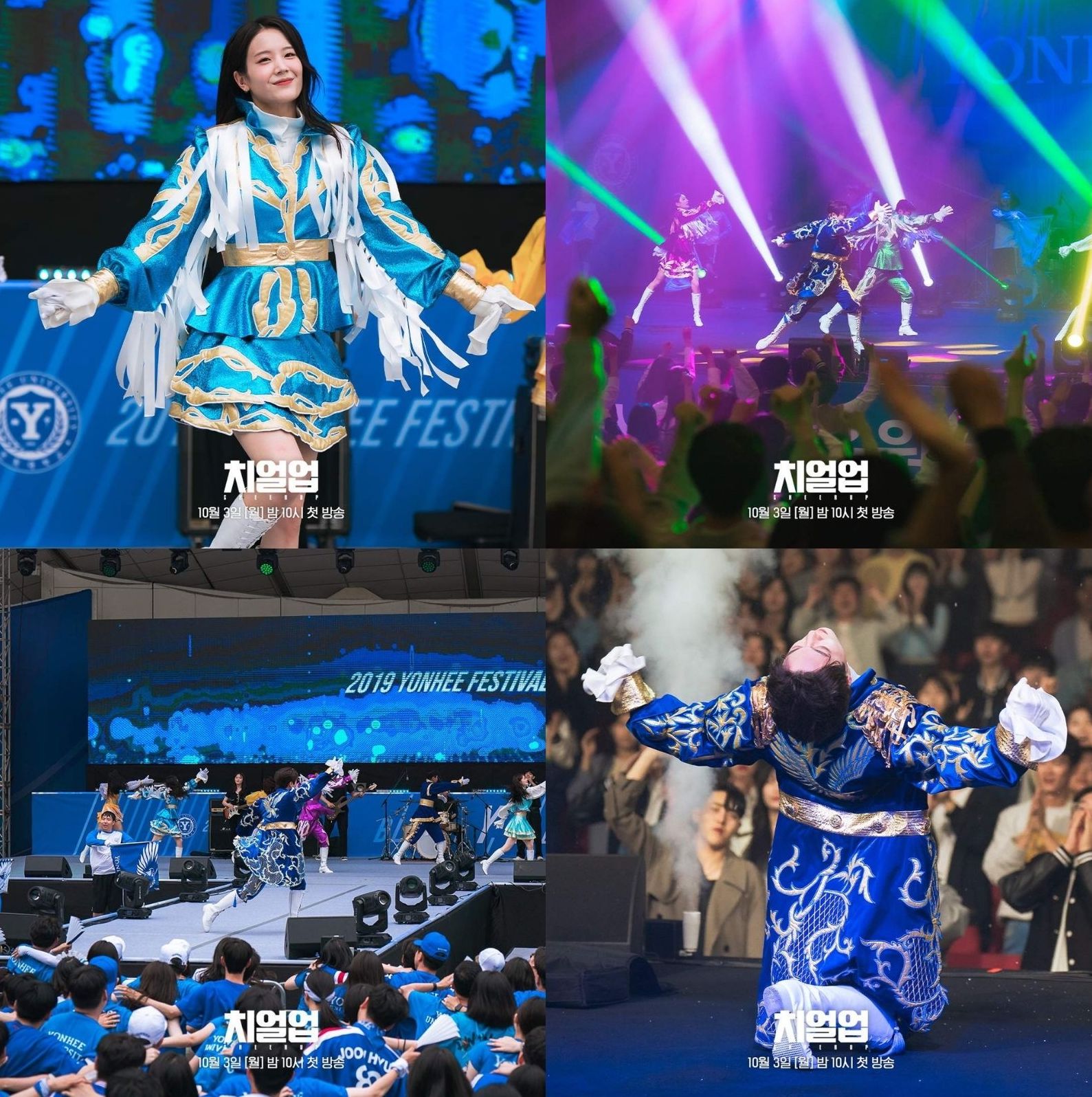 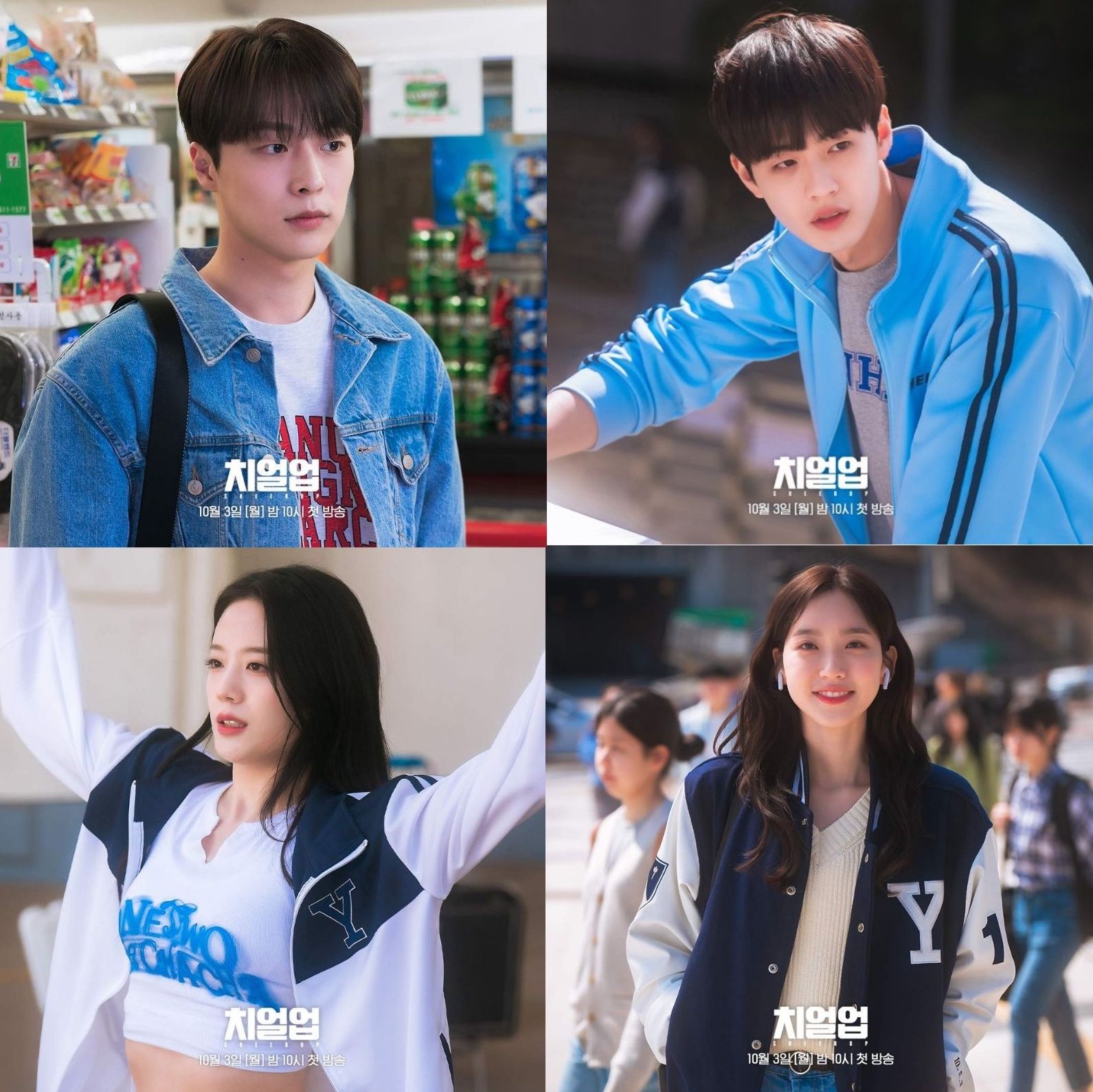 Hurray for more campus dramas! And anything to wash the turd stain that was Why Her? in Bae In-hyuk’s burgeoning filmography.

I'm curious about how Korean cheerleaders are and if this will be in any way true to life.

I am looking forward to this one and hope it will be more college campus slice of life and less mystery.

I had to look up university cheerleading because I have only seen it prominently featured in a couple of dramas Dear M being the main one. It was interesting to see the style of costumes as I had only seen it associated with sports events with skimpy outfits. In Dear M. it intrigued me to see men taking part as this was new to me.