A young student teacher returns to her high school and reminisces on her first love who is now deceased. There she meets his younger brother, and as the two interact, they find closure.

A young student teacher returns to her high school and reminisces on her first love who is now deceased. There she meets his younger brother, and as the two interact, they find closure. 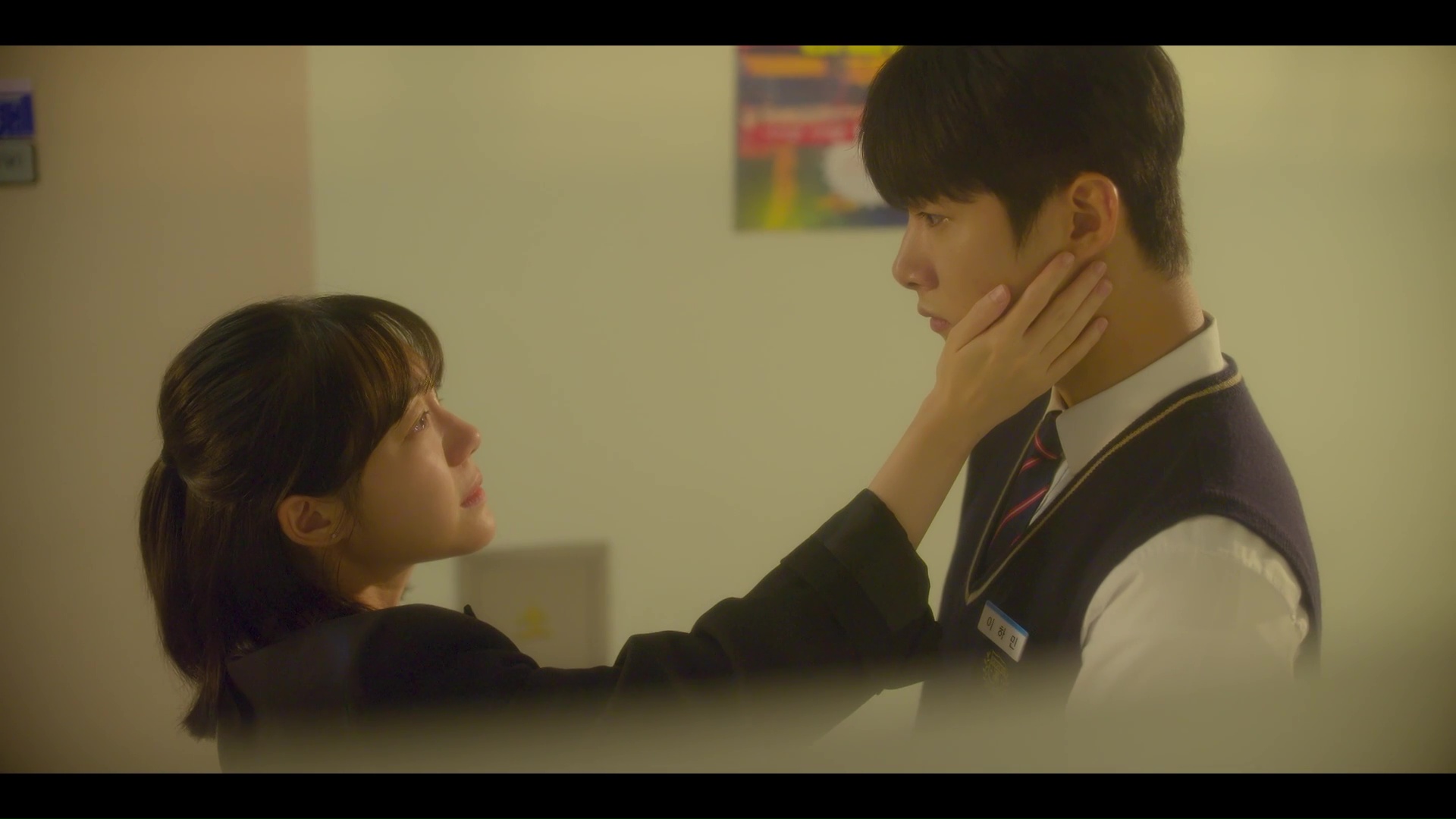 Seasons of Blossom deals with some heavy topics, but in a very warm, wistful kind of way that strikes just the right balance of bittersweet. Throughout these first four short episodes (each one is roughly 20 minutes long), past and present weave together to tell one story of love, loss, and eventual healing. 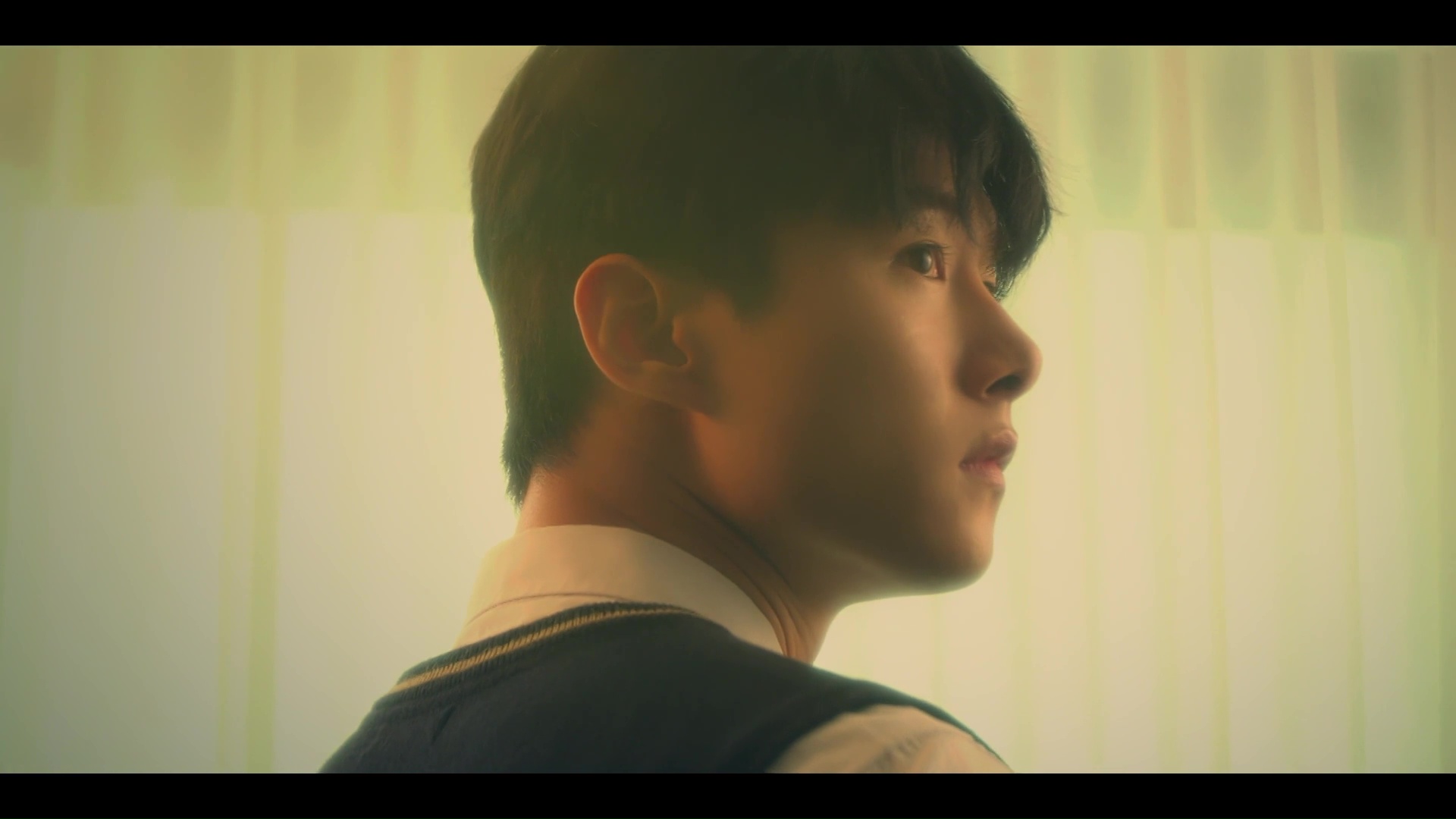 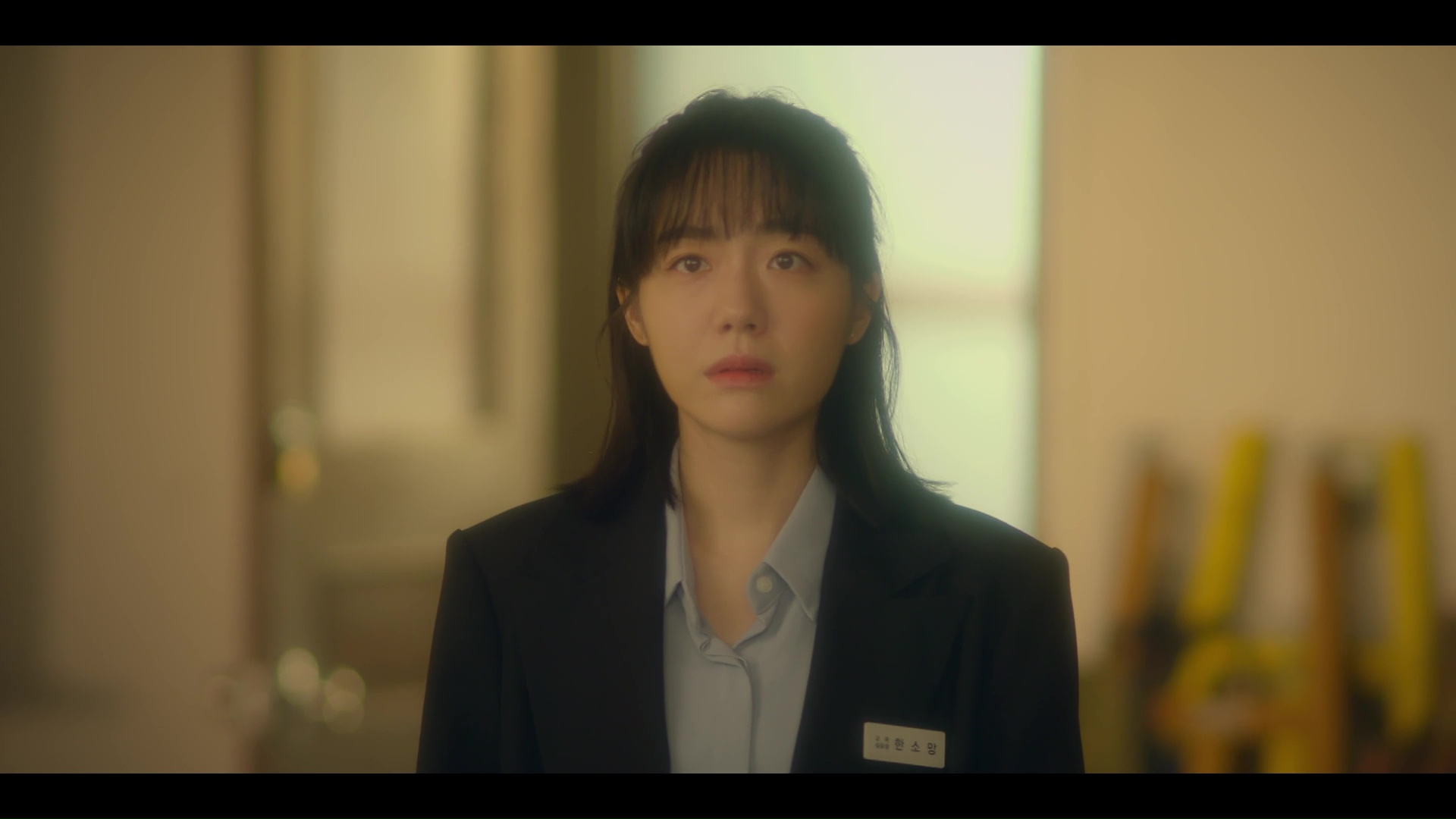 The story is set forward in two timelines with our heroine, HAN SO-MANG (So Joo-yeon), as the connection point between them. In the present day, she returns to her old high school as a student teacher, which inevitably stirs up memories of her first love, LEE HA-MIN (Seo Ji-hoon!), who took his own life while they were still students.

So-mang chose to pursue those memories intentionally, but she’s still unprepared for how overwhelming they are. She sees him everywhere, and we follow as she steps into dreamlike memories of rainy summer afternoons in the school’s art room where they both used to take refuge. 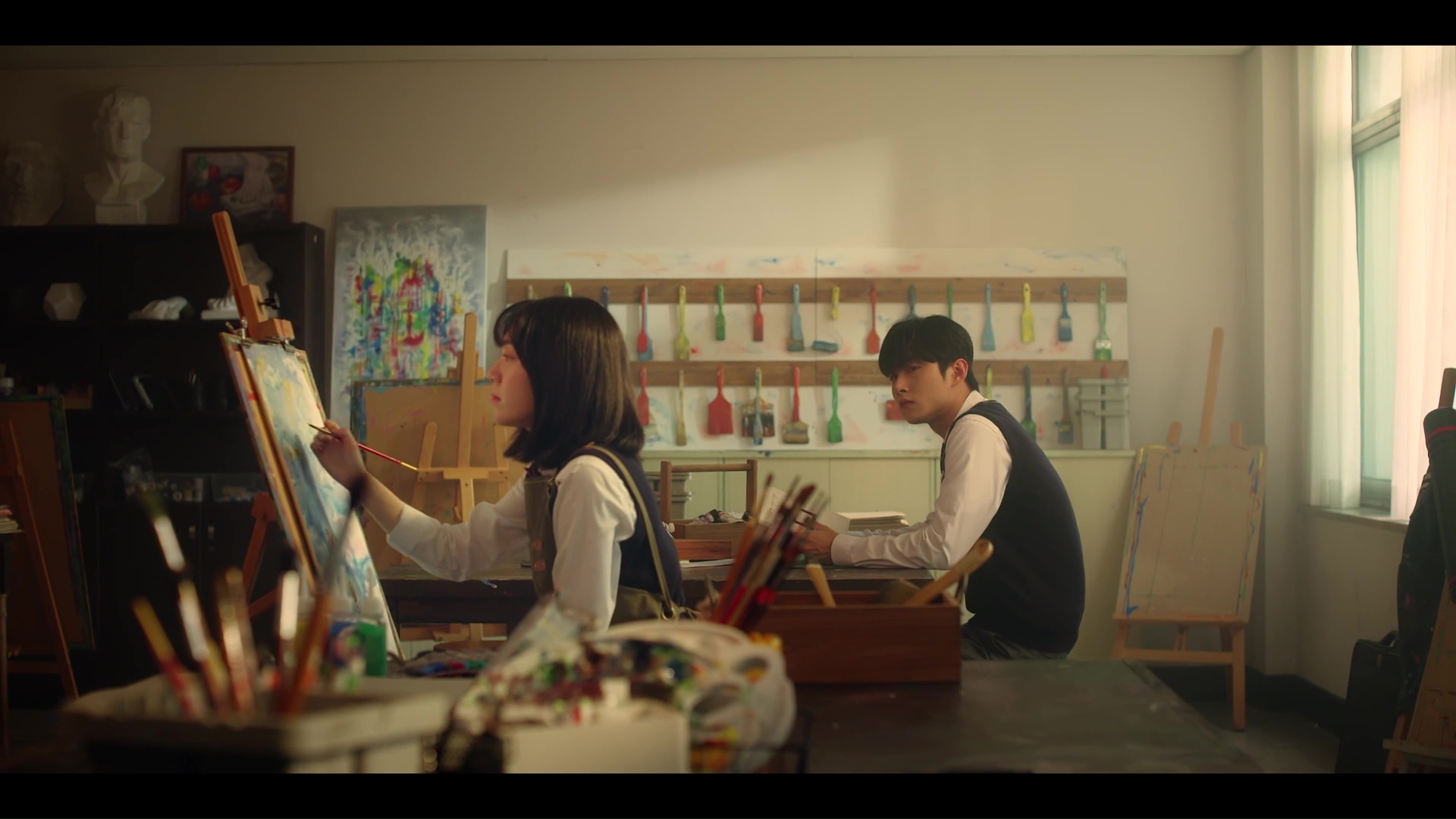 So-mang, a shy loner, liked to paint during lunch, because that was when she felt truly comfortable and free to express herself. In contrast, Ha-min was the popular, friendly class president who secretly kept everyone at arm’s length and needed a place where he could drop the vivacious façade and vent without fear of damaging his reputation.

In that art room, So-mang saw the side of Ha-min no one else did. Though he would smilingly accept gifts from his admirers in class, he’d later toss the whole box in the trash without reading the accompanying note. To further protect his image, he’d made So-mang promise not to speak to him outside of that room, or even let on that they knew each other. But as the memories slowly unfold, we see that their time together fostered genuine friendship. 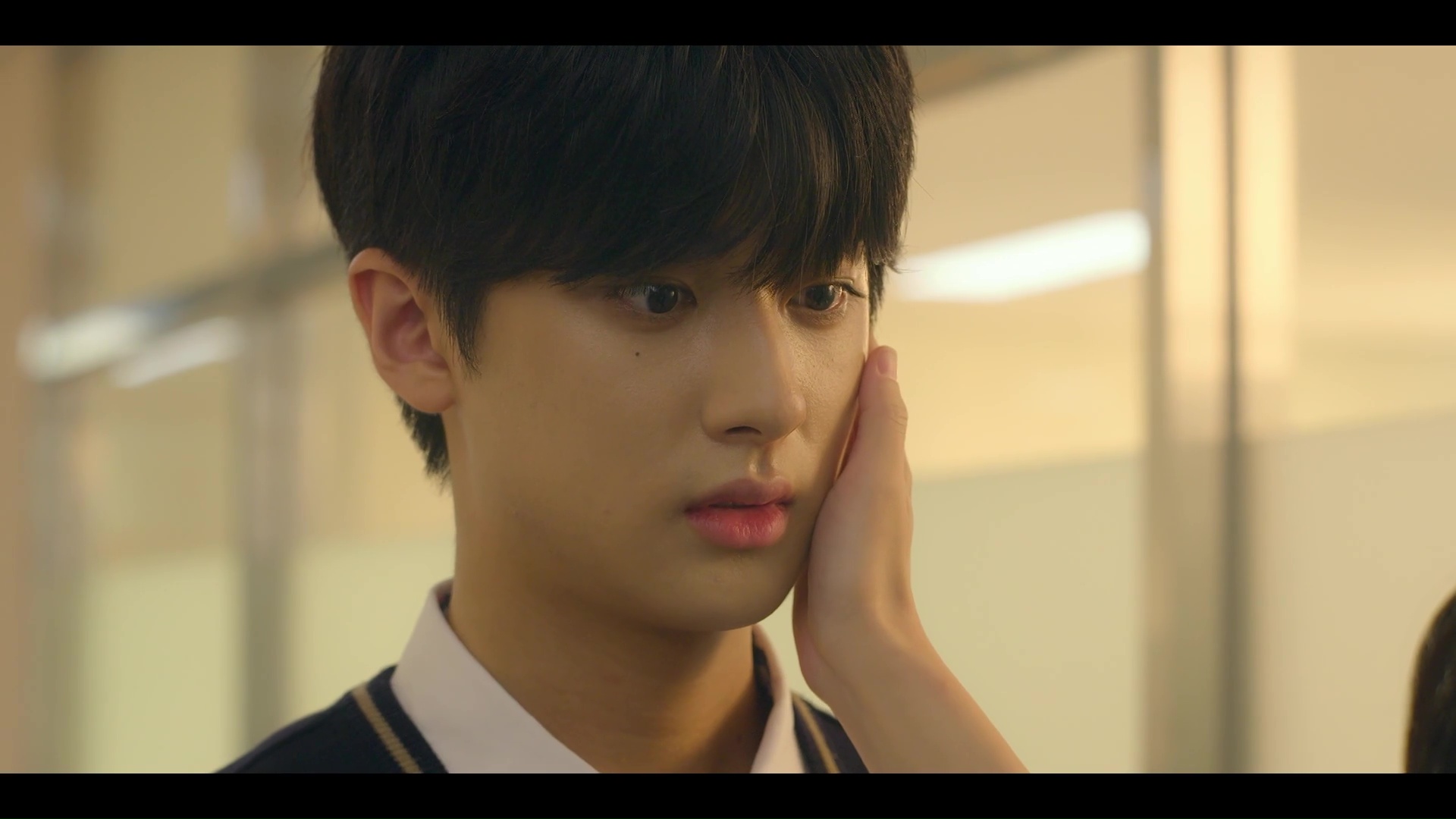 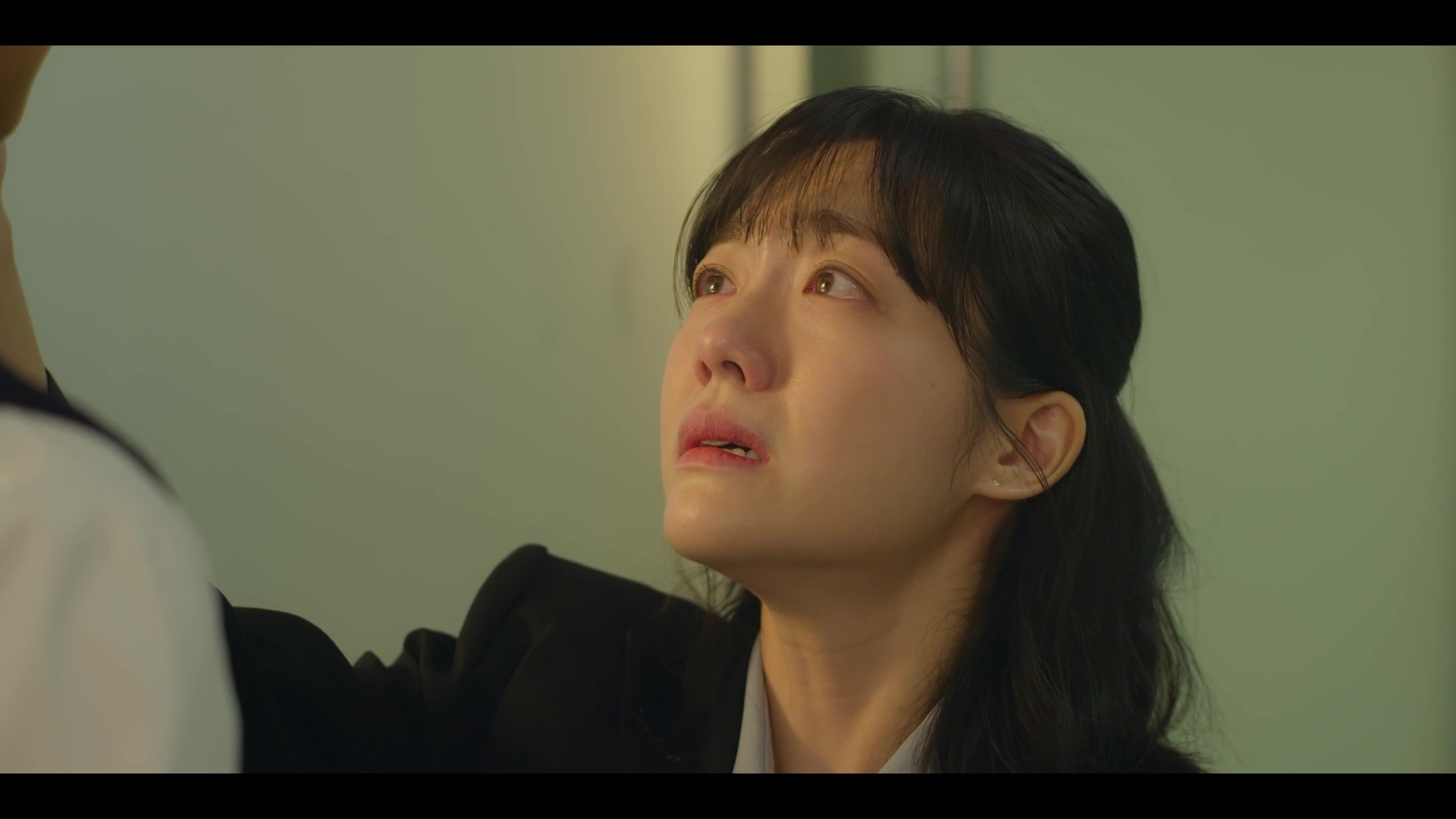 The first time that present-day So-mang sets foot in the art room, she’s so overcome with the onslaught of memories that she faints. Then, while walking down the hallway, she sees Ha-min coming toward her and reaches a hand up to his face as her eyes fill with tears. But of course it isn’t him — it’s his younger brother, LEE JAE-MIN (Kim Min-kyu), now a student at this school.

Jae-min had moved away with his mom after Ha-min’s death, and only recently transferred back to live with his dad. The past isn’t talked about much in his circles; in fact, most of his friends think he’s an only child. 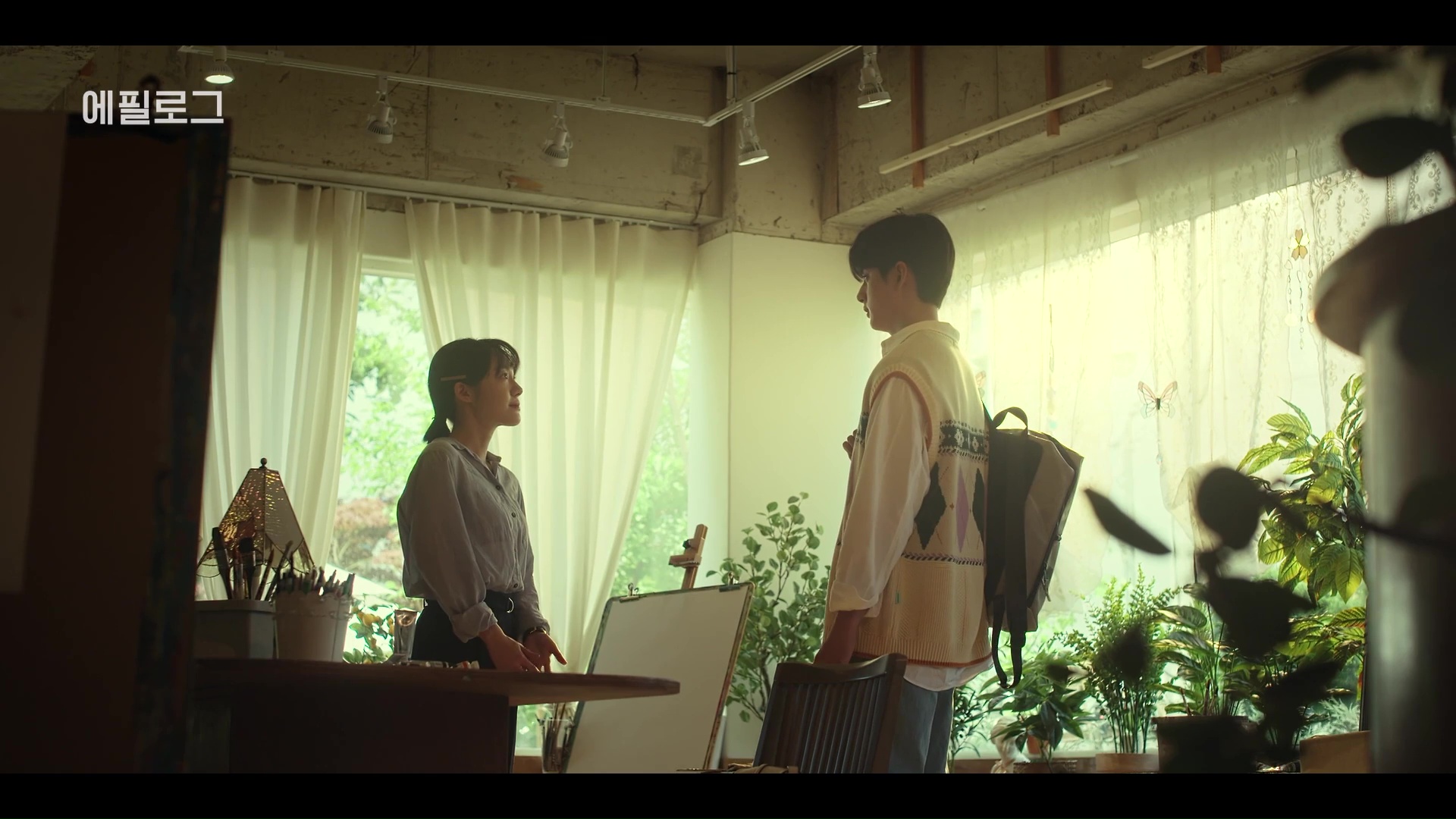 When So-mang meets Jae-min and learns who he is, she decides this must be what drew her back. Ha-min had always tried to protect Jae-min from their overbearing mother, agreeing to be the model student so Jae-min could pursue his own dreams, and now So-mang finds renewed purpose in watching over Jae-min for him.

On a whim, she asks Jae-min if he’d be interested in modeling for her at an art studio as Ha-min used to do. Jae-min takes his time, but eventually agrees to do so in exchange for her telling him everything she remembers about his brother. 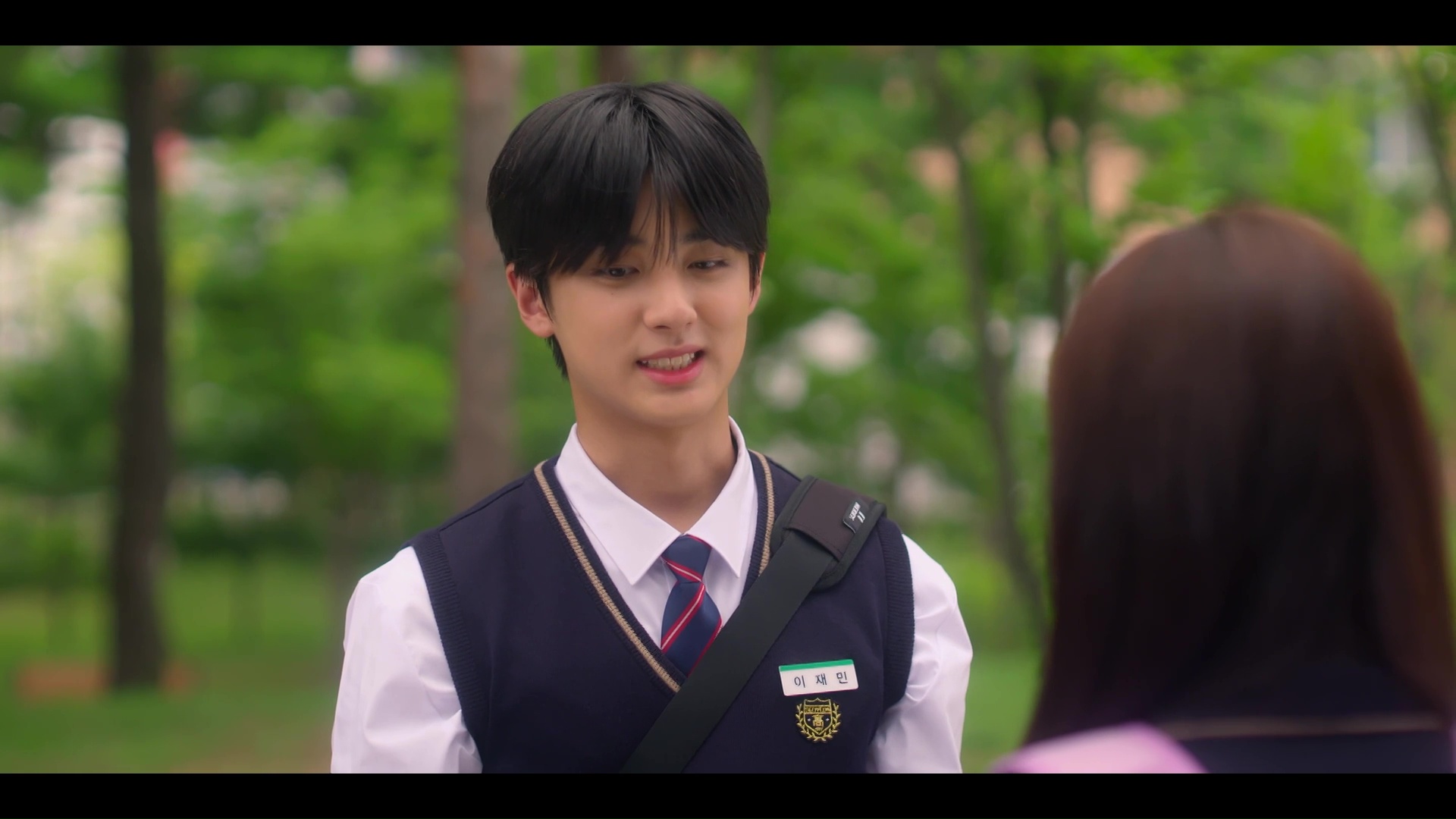 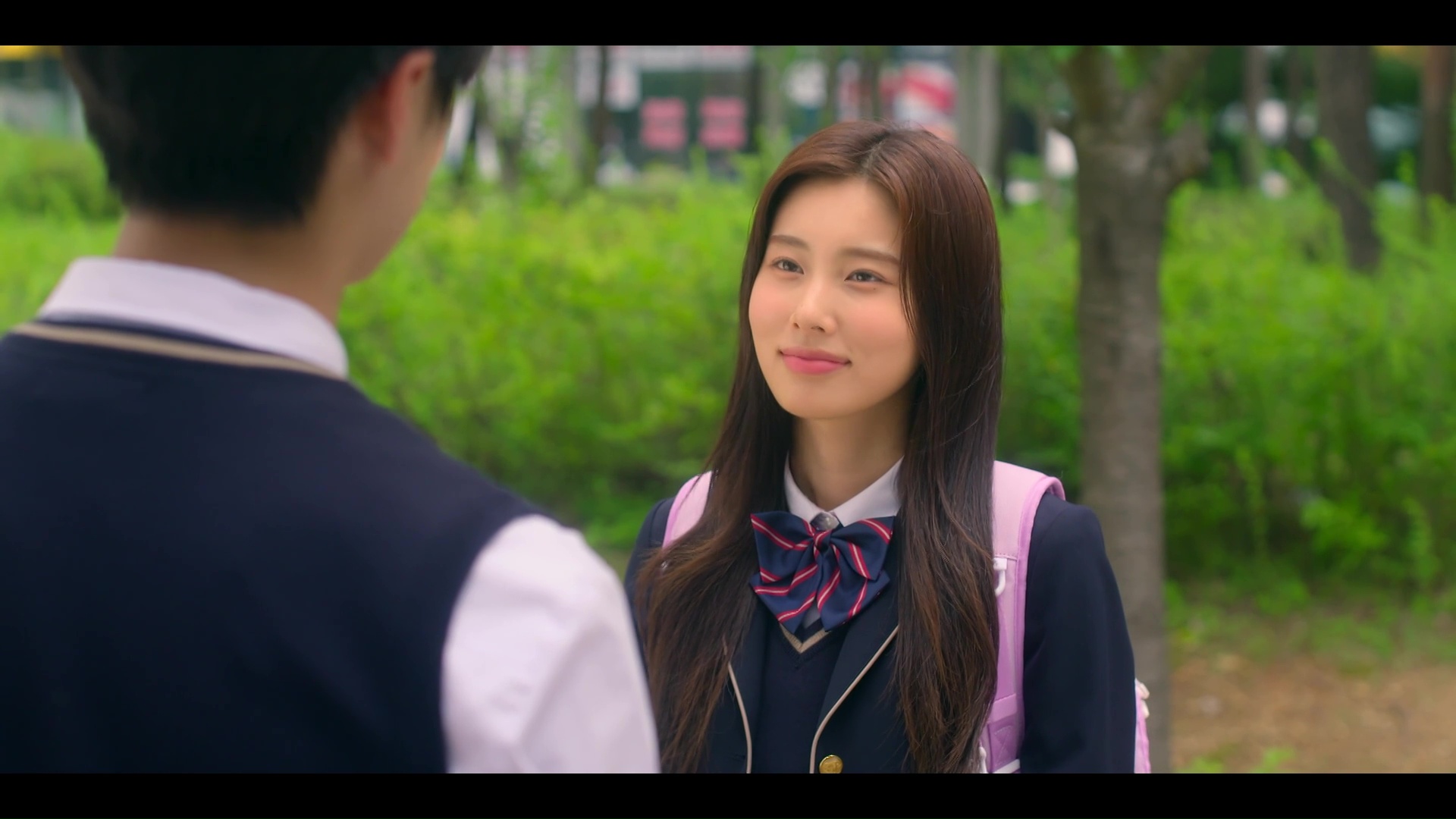 Sprinkled throughout these more sentimental scenes, we also meet Jae-min’s adorable classmates, one of whom gets herself into quite the conundrum. YOON BO-MI (Kang Hye-won), class president and chronic people-pleaser, has famously been in a “some” relationship with Jae-min — they very obviously like each other, but have yet to confess and make it official.

On what starts out as Bo-mi’s perfect day, Jae-min finally makes his feelings known, giving her time to think it over before responding. She’s practically floating on air as she anticipates their dinner date that night, but then two things happen that send her perfect day into a tailspin.

The first is that So-mang arrives, and Jae-min calls off dinner so he can sort through his newly awakened feelings of grief and confusion. 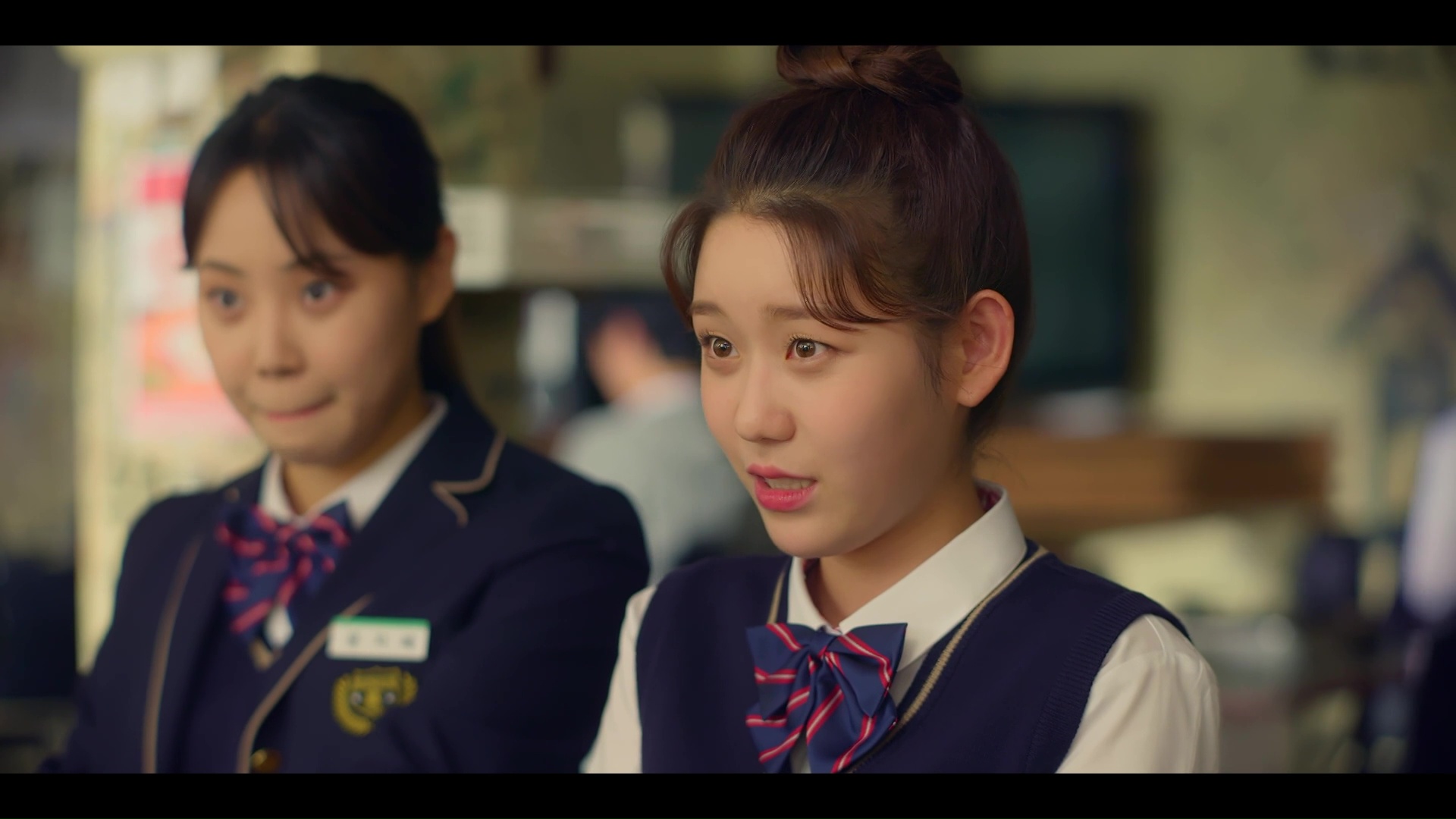 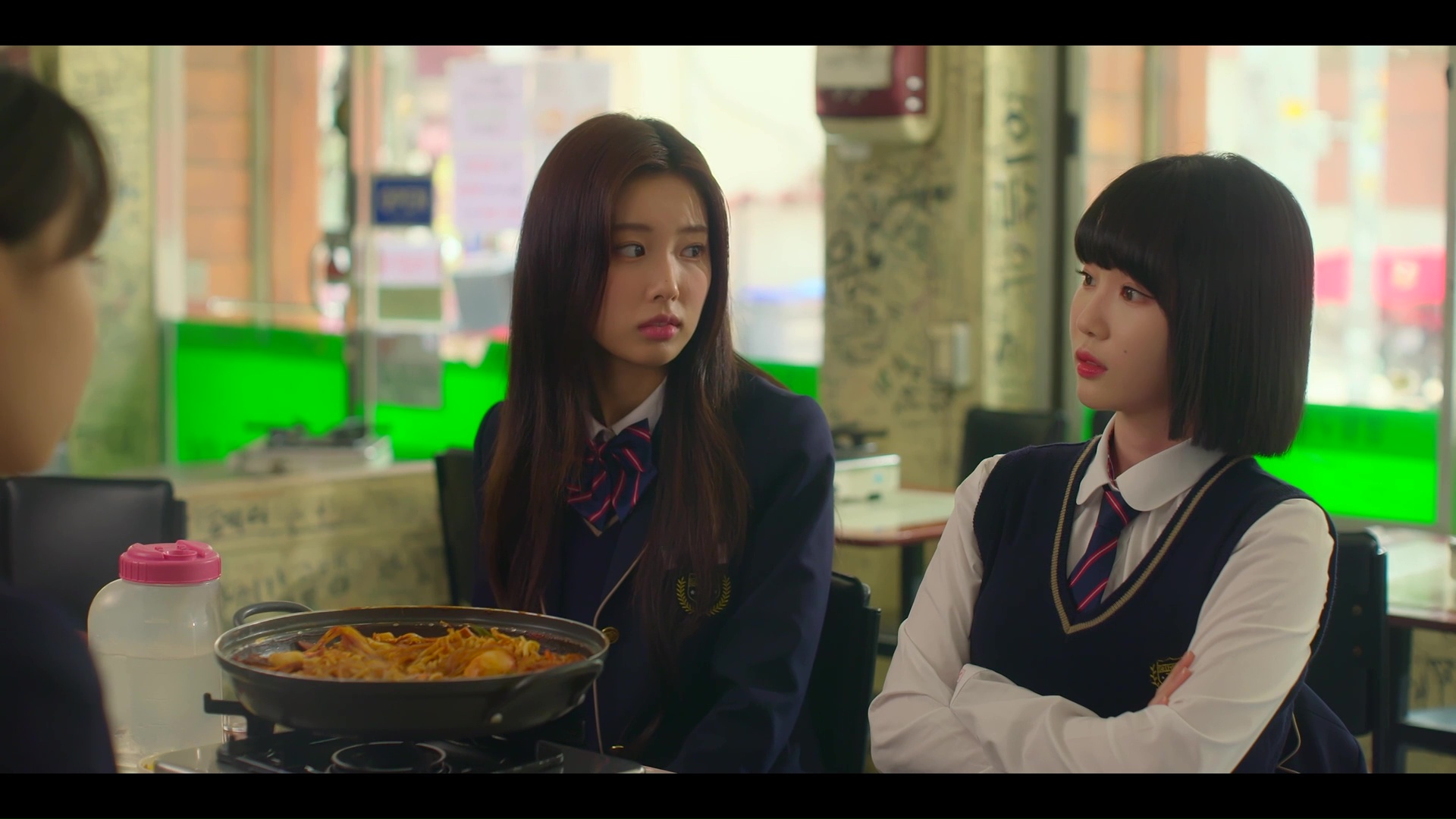 The second is that Bo-mi agrees to have lunch with two classmates who are hoping to become friends with her as a means of getting close to Jae-min. Bo-mi gives them the benefit of the doubt, but her best friend KANG SUN-HEE (Oh Yoo-jin) sees right through them. When the other girls admit that one of them has a crush on Jae-min, Sun-hee tries to deter them by saying she does, too.

Bo-mi can’t bring herself to hurt her best friend, so she makes a choice that has an unexpected ripple effect. She claims she has no interest in Jae-min — because she likes someone else. The boy she names, CHOI JIN-YOUNG (Yoon Hyun-soo), seems an unlikely choice due to his stoic and blunt nature, but Bo-mi figures that will make it easy to say once and move on from. 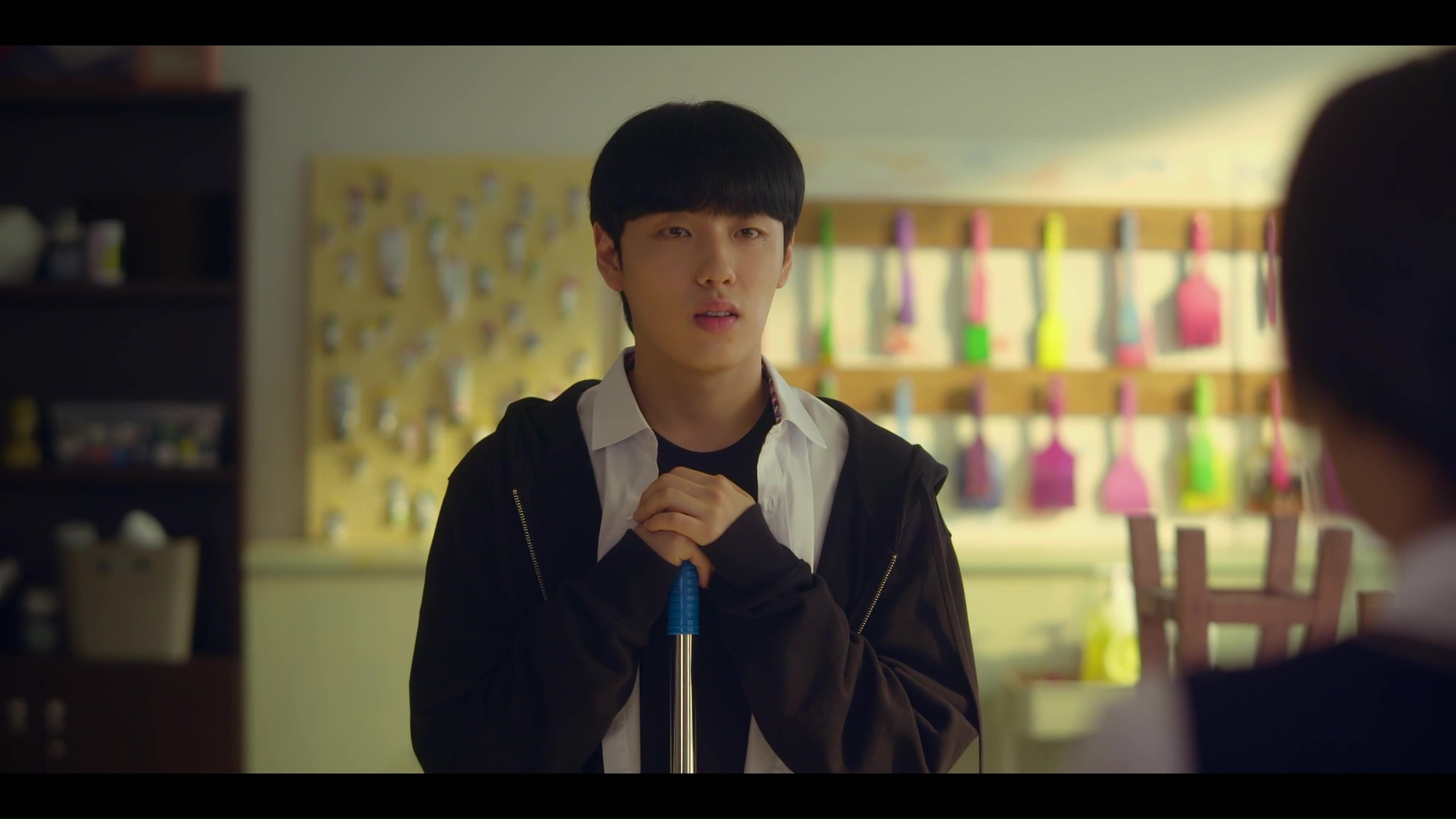 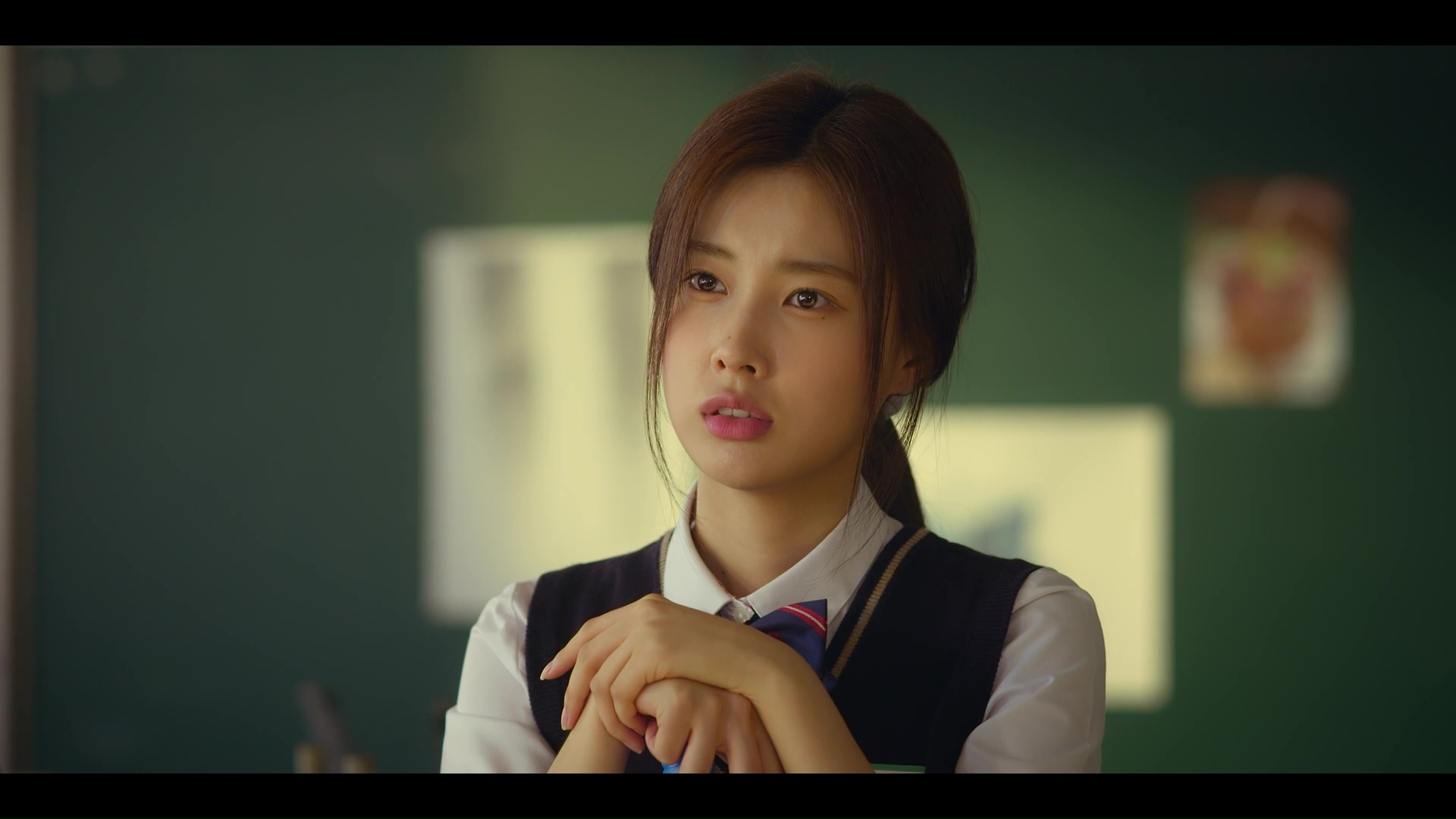 Not so. Not only does Sun-hee not believe her, but Jin-young himself overhears the conversation and confronts her. Now Bo-mi has to either come clean or double down on her lie and let it keep snowballing, and she chooses the latter. This leads her to do things like tell Jae-min she just wants to stay friends and partner up with Jin-young when So-mang asks for volunteers to clean the art room after school.

Bo-mi’s problem has such a simple answer — just tell Sun-hee and Jae-min the truth! — and yet, as a recovering people-pleaser myself, I can sympathize with her desire to avoid hurting the people she cares most about, and her current inability to understand that this choice is bound to end up hurting them far worse than the truth would have. 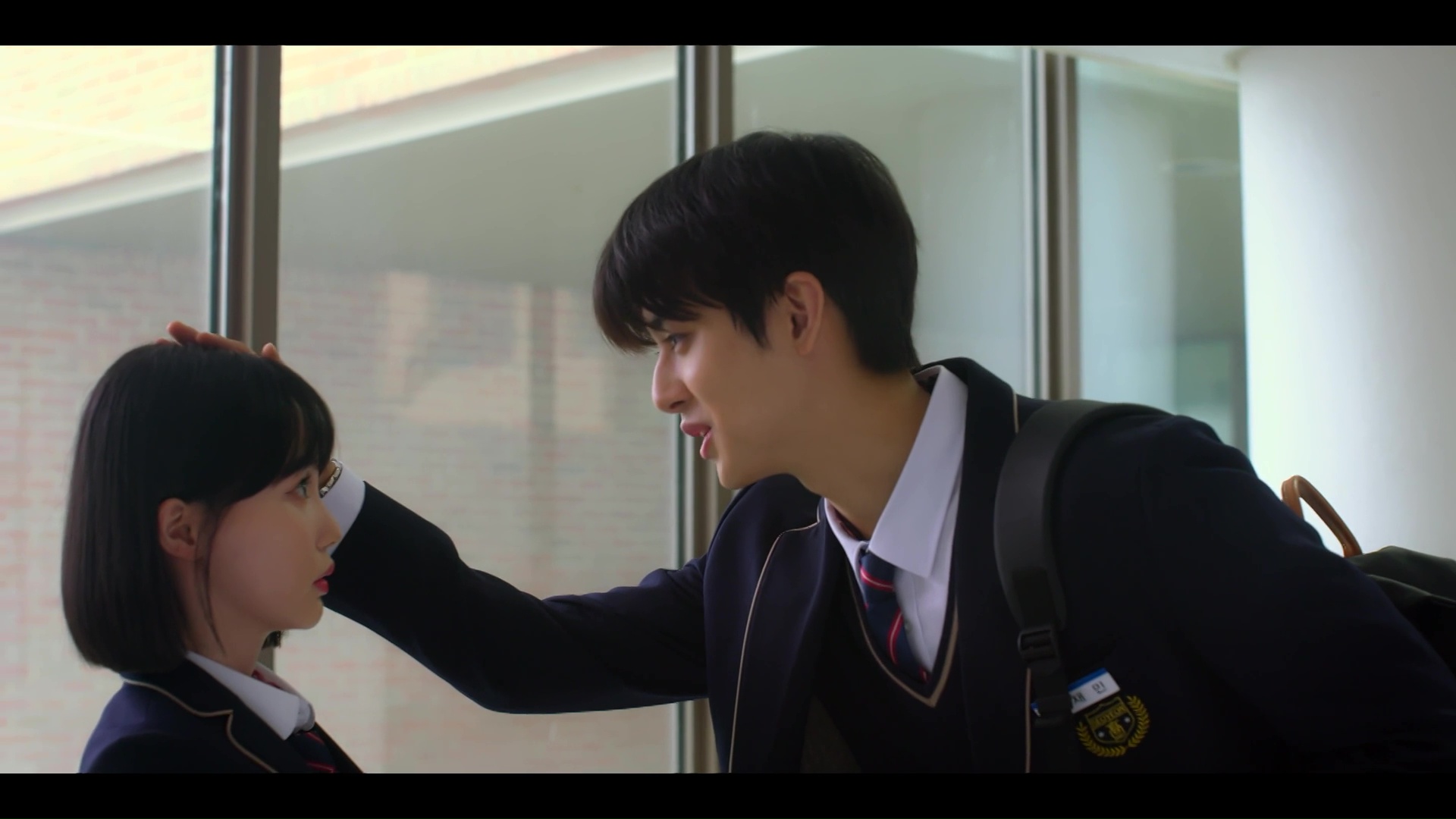 But Bo-mi isn’t the only one hiding her feelings to protect her friend. Sun-hee’s fib about liking Jae-min wasn’t completely false after all. She’s known him longer than Bo-mi has — long enough, it would seem, to know about Ha-min — and she saw how he was finally able to smile again when he transferred back here and met Bo-mi. All she wants is to see him and Bo-mi happy, so she offers to tell Jae-min that Bo-mi didn’t mean it when she said she wanted to stay friends.

Bo-mi, of course, doesn’t know the backstory. So, in desperation to keep her lie afloat, she strikes a deal with Jin-young: they’ll pretend to be in a relationship so everyone will believe that she likes him and not Jae-min. 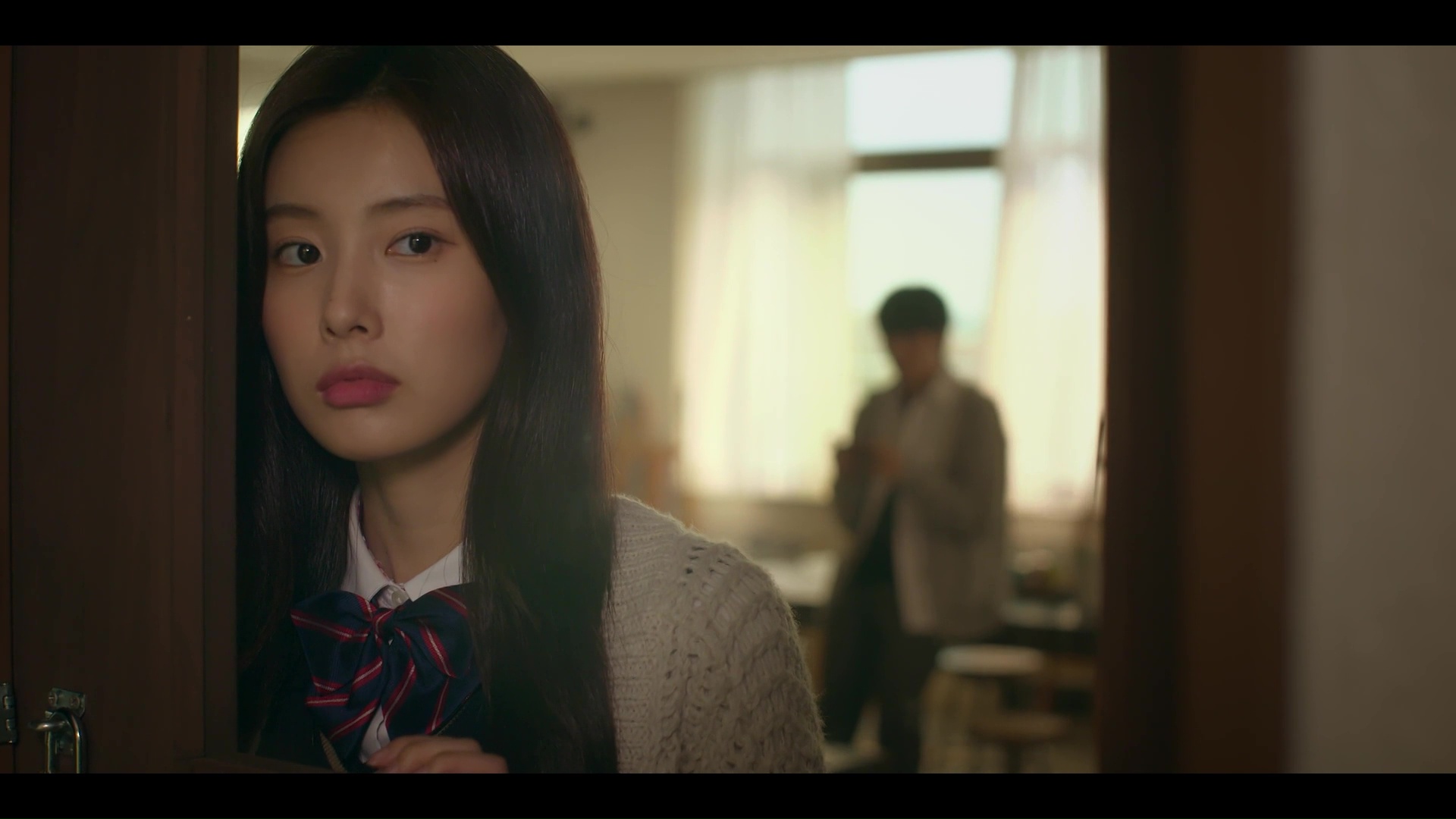 I admit that going in, I was the teeniest bit worried Seasons of Blossom would veer overly sad, but I absolutely loved the mixture of sadness and warmth these episodes had instead. It feels very wholesome and comforting, and perfectly suited to the changing of summer into fall.

Much as I expect the rest of the story to center on Jae-min and So-mang’s journey toward healing, the parallels between Ha-min and Bo-mi are what stood out most to me from this premiere. Both are (or were) class president, well-liked, and outwardly almost flawless. But both hide their real selves and inner turmoil so as to keep that flawless image intact. I suspect that So-mang’s influence at the school may end up being as much about helping Bo-mi overcome what Ha-min couldn’t as it is about bringing closure to So-mang and Jae-min. 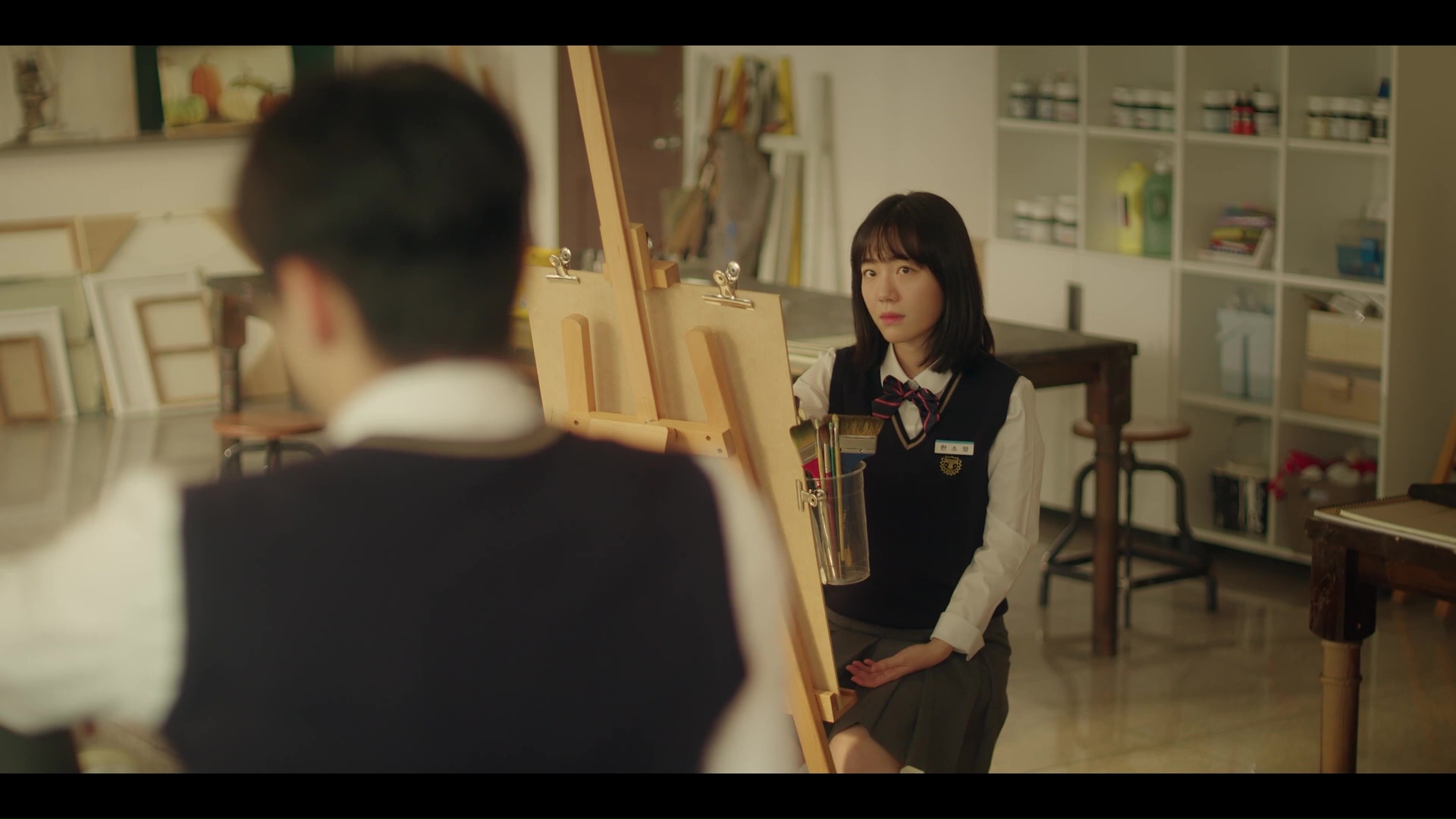 oh!! I didn't know they were making a live adaption of this! It's from a Webtoon of the same name. Not going to give out spoilers but the original material is So Good! There are three completed seasons and an ongoing fourth one! The choice to do this arc... it's going to hit me right in the feels!! Thank you for the recap!

Hey
I have read the three seasons but thought the fourth was on hold so the writers can sort themselves out as they have health issues. Is the fourth one out but only Korean version has been released so far as it’s not finished? I agree the webtoon is delightful and from what I have seen so far I am confident they will make this a great drama adaption.

Had no idea this got made into a kdrama. Love the webtoon so here's hoping the kdrama does it justice.

This was interesting. The episodes were short and sweet. I rally enjoyed the first 4 episodes and look forward to the rest.

The chronology was kinda hard to follow for 4 short episodes. It wasn't clear first they were showing different points of view.

If I understand Bomi's feelings, I found her way actually not very nice to her friend. She can't hide her feelings very well and it looks more like pity than care.
I really liked Jin-Young. He's direct and honest. I think he will shake Bomi, showing that saying what she thinks it's not a bad thing.

The past story is sad. I hope So-Man and Jae-Min will find their answers.

@mistyisles thank you for the weecap. I am looking forward to getting to see the characters brought to life in this webtoon to drama adaption. There are some lovely friendship groups being introduced and some great personalities.

It is a really important story because of the unexpectedness of a popular person dying. There are lots of messages for the audience whatever our stage of life or connection to grief. The mix of past and present is working well so far. I am struggling to see the resemblance between the brothers so it must be an aura she senses rather than the looks.
Looking forward to the next episode I wonder if they will release more than one at a time.

Interesting start. I have not read the webtoon though I enjoyed the first 4 episodes. As of now I did not like Bo-Mi's character much esp how she is willing to pretend a fake relationship than facing the truth. I liked Jin young's character. The past story seems interesting. I guess I will continue watching this.

this one sounds really good. where is everyone watching it?

Its on Viki in my area

I just watched the first episode -- without reading the recap. It seems to be quite bittersweet right from the get go. So Mang can't leave the past behind due to some tragedy. I am not sure I can watch more but I'll try since Kang Hyewon is in the show and she's always been quirky.

Love it. The students are a hoot.

This one has heart.