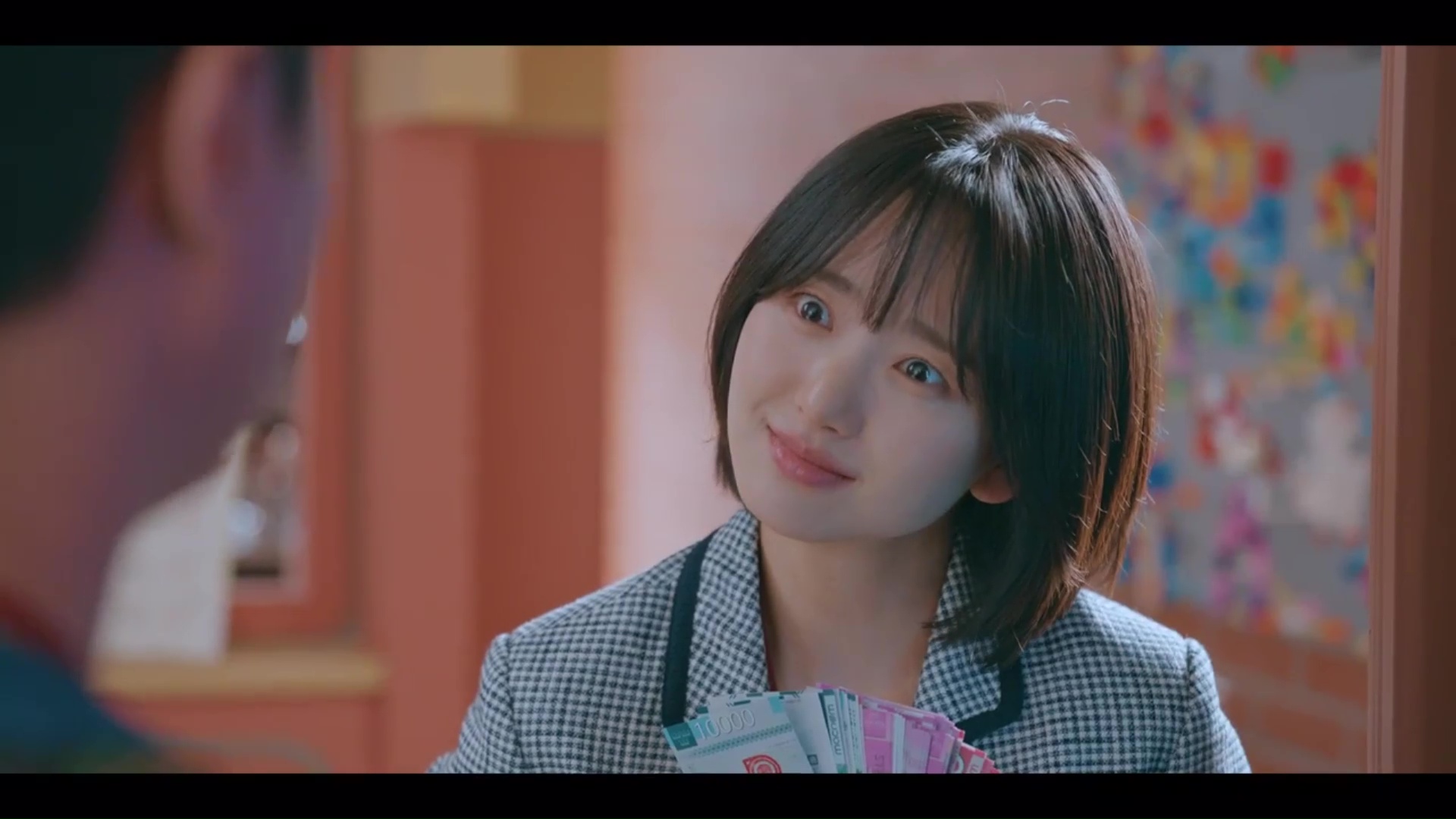 It is another crazy week as our small startup attempts its eighth pivot, navigates a money war, and becomes a meme. As usual, their zany CEO gets into more shenanigans that liven up their days, but in all honesty, he should not take all the blame. Maybe there’s something in the water, but it seems that everyone here is little bit insane. 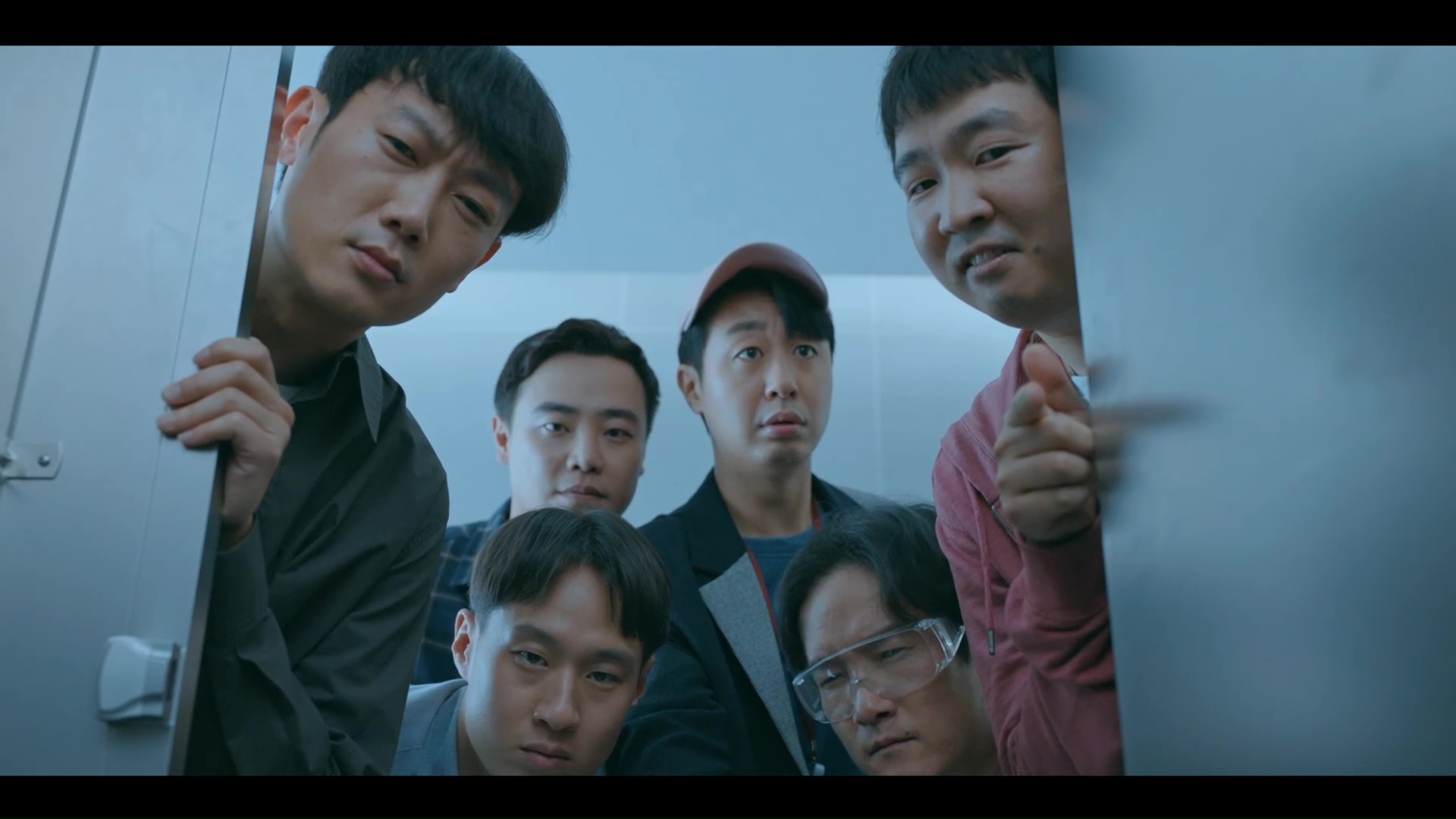 First of all, my apologies for missing episode two last week. It will piggyback on this week’s episodes, instead, so let’s jump right into it!

With the failure of Steve’s latest project — the ridiculously expensive and inefficient men’s down perm machine — he turns his attention to his neglected online matching service, How Match. Since they have seen a spike in users from older demographics, Steve announces his intentions to pivot (for the eighth time). His team unanimously rejects his proposal, but Steve ignores their concerns and uses his position to push forward… until KWAK SUNG-BEOM (Lee Joong-ok) pokes his head out from behind Philip. Apparently, he was here the entire time. Pfft.

As the lead developer, Sung-beom threatens to quit if they pivot again, and for once, Steve has to listen to his employee. In exchange for Sung-beom’s compliance, he assigns his team an assistant: Steve’s personal secretary JESSE (Bae Yoo-ram). For a self-proclaimed “hip” and open-minded individual, the development team is a living nightmare for Jesse, and he fails to understand these dad-joke spewing, One Piece theory arguing, “we live in a virtual reality” believing strangers. 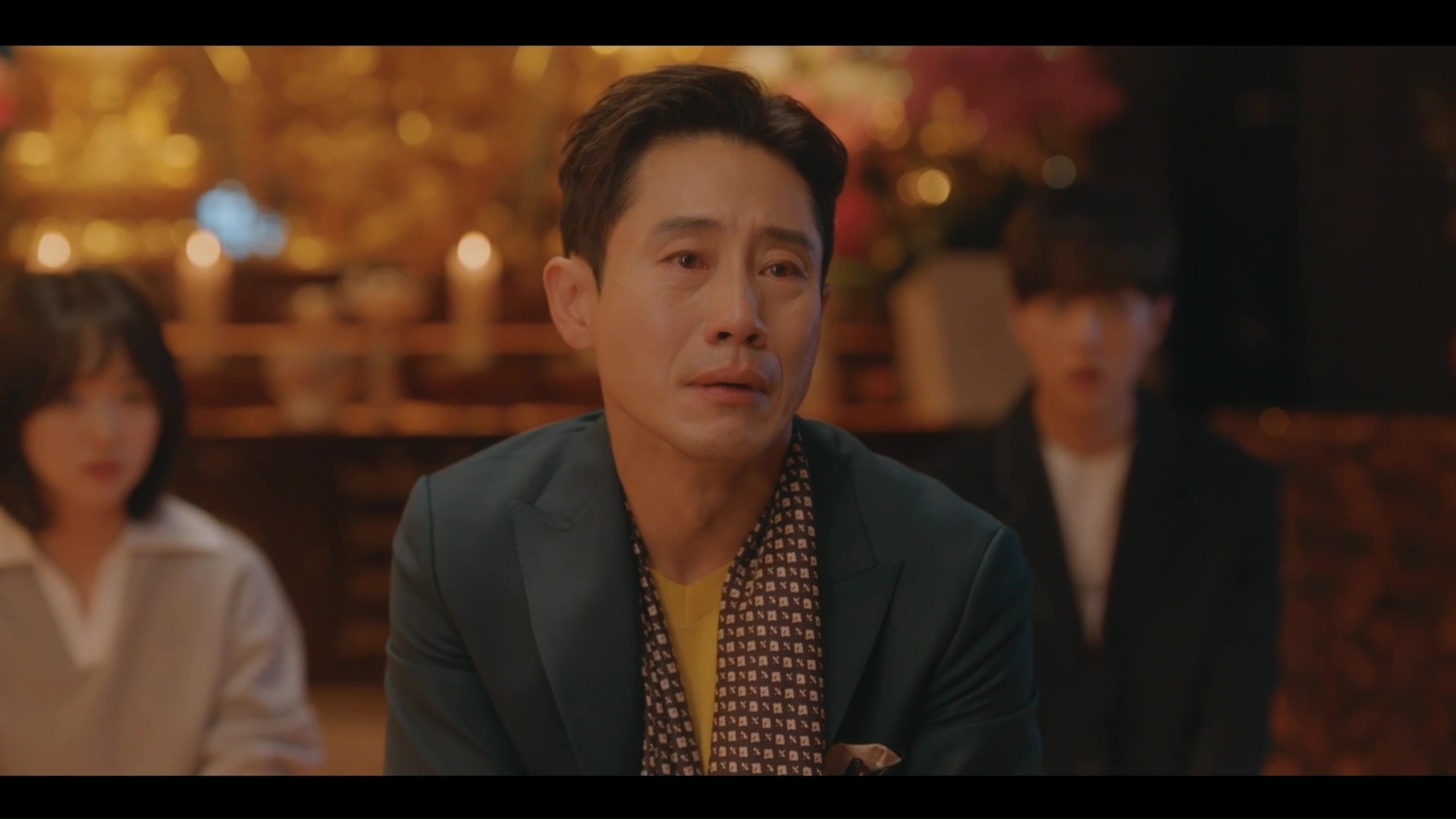 Though Steve appeased Sung-beom, his most staunch objector, Ashley, proves to be a more difficult opponent. In order to convince her, he takes her to a place where every big company turns to for advice: a shaman. While Ashley listens with a heavy dose of skepticism, the shaman effortlessly turns Steve into a fan after a generic reading. As the fortune telling continues, the shaman gets oddly specific, and Steve is completely hooked.

Now that the shaman has given Steve her stamp of approval, Ashley goes into crisis mode and asks Carol for ideas. She suggests that they delegitimize the messenger if the message is impenetrable, and in that moment, Philip gets an idea. He pulls up Steve’s wiki page, and they realize that the shaman was basically reading it during their visit.

Using this to their advantage, they take Steve back to the shaman after editing his entry, and as predicted, the shaman blathers on about ridiculous nonsense. Seeing the error of his way, Steve hires professional consultants to Ashley’s delight, but the consultants tell him the same thing — they should pivot. Steve 1, Ashley 0. 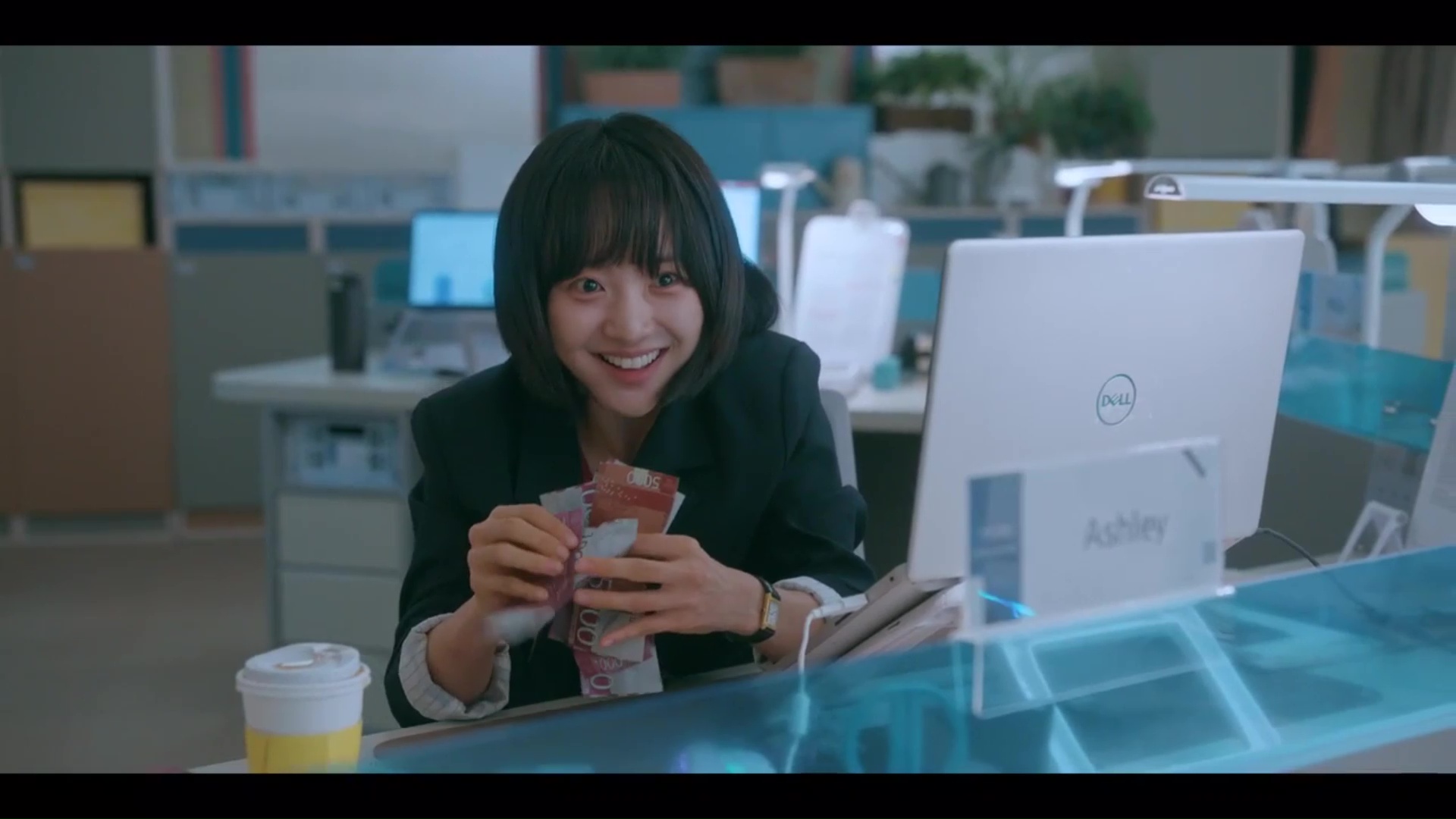 Things turn hectic in the office when HR manager MONICA (Kim Young-ah) returns from her work trip. She is the mastermind behind most of Maccom’s office culture ideas such as the English names, and her latest project is Steve Money (yes, it’s as insane as it sounds). Instead of the usual holiday bonus, Monica hands out Steve Money to the employees, which puts a dent in Ashley’s plans to buy a new TV.

Accepting this setback as a challenge, Ashley uses some creative tricks to buy all her colleagues’ Steve Money — she literally sets up a ramyun stall in the office for a day, hahaha! At first, her plan to control the market works, and she devalues the fake currency. However, Monica sees through her scheme, and in retaliation, she prints more Steve Money. It turns into a horror-esque battle of inflation and devaluation, but in the end, Monica deals the finishing blow by turning Steve Money into cryptocurrency and plummeting its value. Ha!

Just as Ashley laments her fate, Monica informs the team the next day that Steve Money was merely an “event” and the holiday bonus will be the usual, expensive beef. In reality, Jay saw how beaten Ashley looked, and took matters into his own hands. After receiving an incriminating video of Monica from his friend — she actually took unsanctioned vacation days while on her work trip — Jay blackmailed her into withdrawing Steve Money from the office. 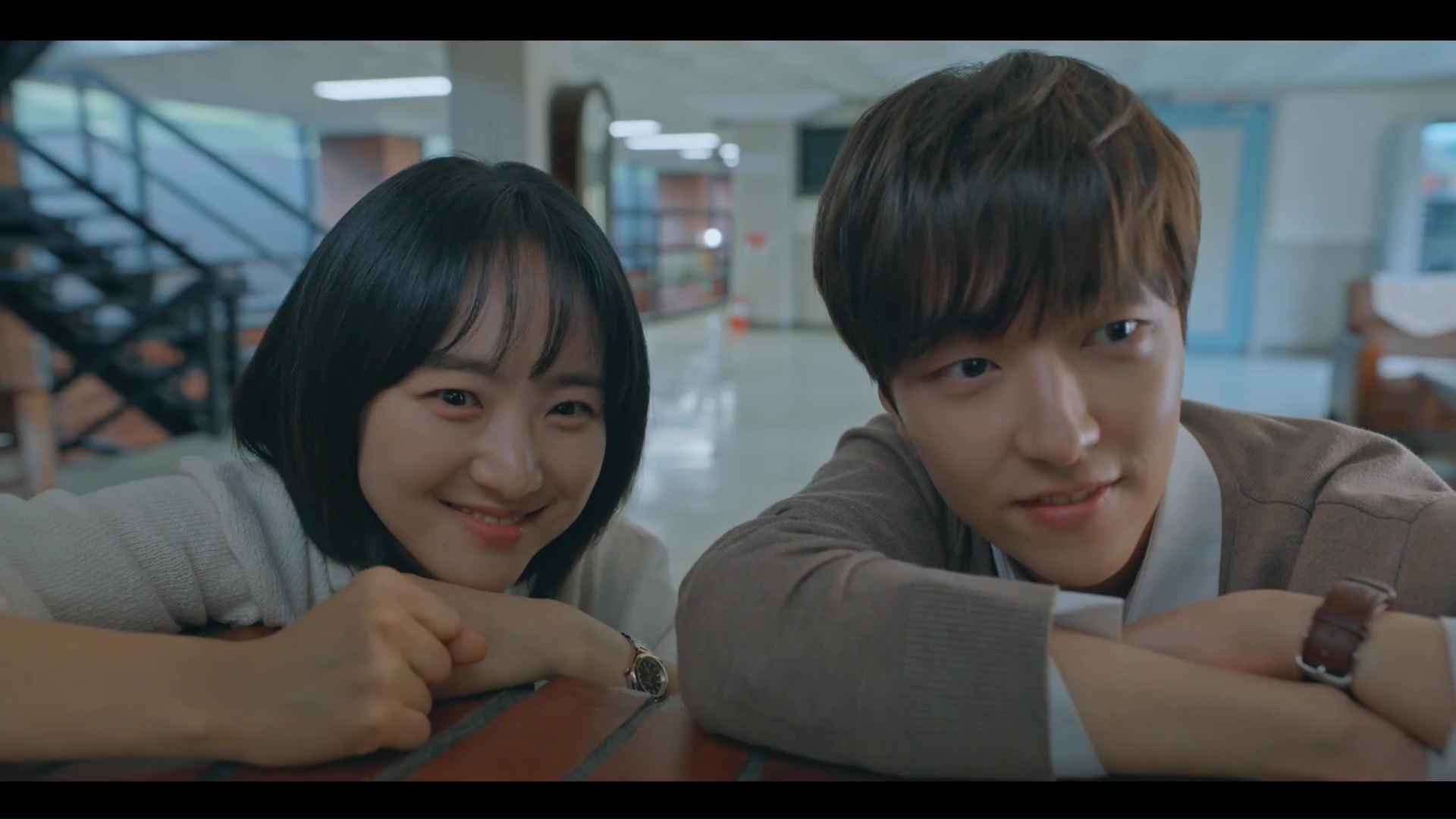 In order to promote their new product, Ashley and Jay organize a Korean class for senior citizens, but a blunder from Steve caused them to book two lecturers. Then in mistake, both lecturers end up teaching, and Jay’s friend turns out to be a better pick than the older educator Ashley hired. Fortunately, the class goes off without a hitch, but as Ashley and Jay pack up to leave, the two lecturers sit down for some tea and smack talk.

Watching from the sidelines, Ashley and Jay become enthralled by the barbs being thrown around, and use some of the concepts they learned in class to give an in-depth commentary on how Humanities kids fight — not with fists, but with word play. At one point, Jay even brings out popcorn, and the two of them watch as the witty remarks eventually turn into a playground brawl of hair-pulling and biting. 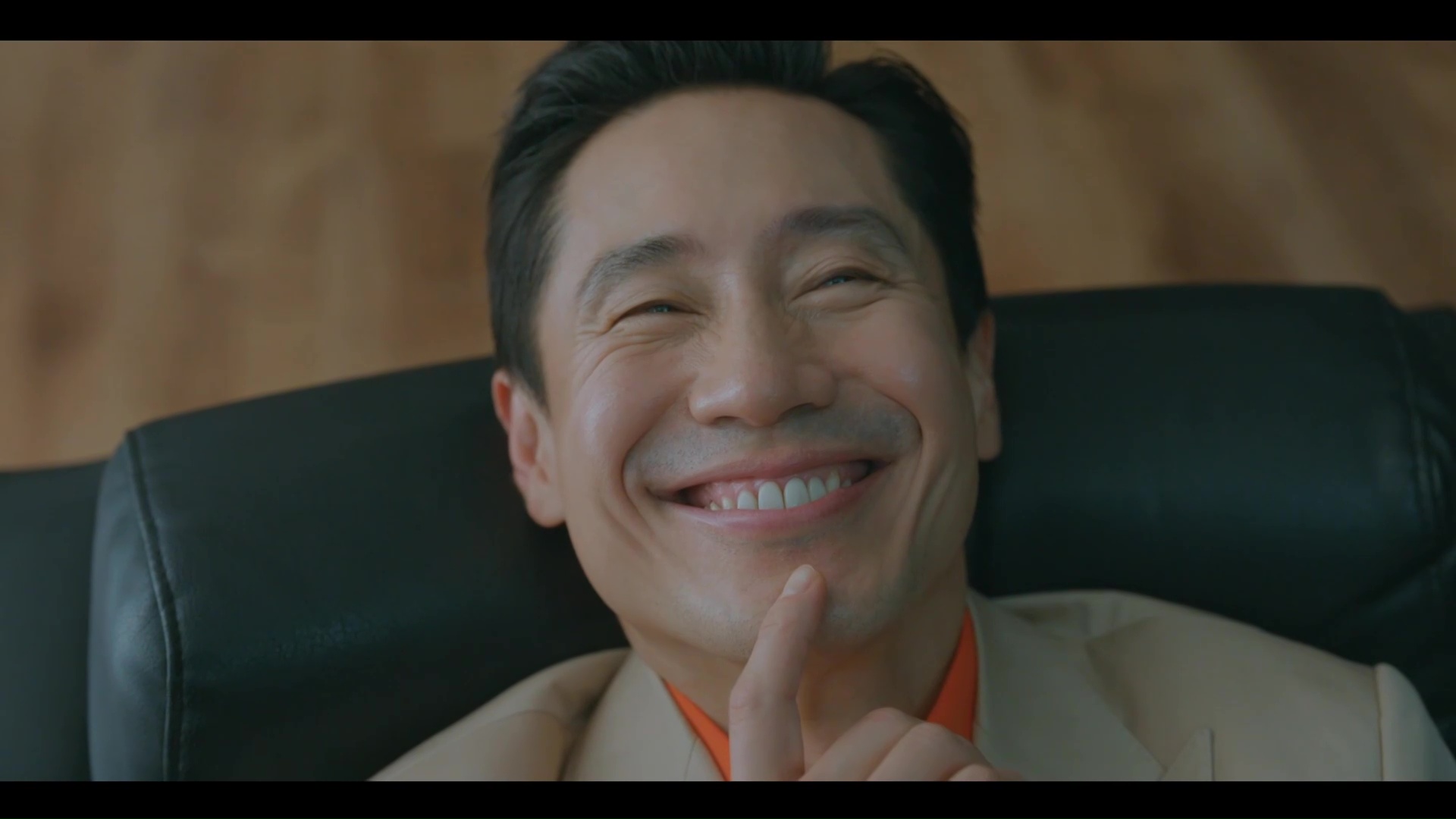 While his employees are busy doing actual work (or at least, some semblance of it), Steve receives a thrilling offer to appear on TV. He shares the good news with his parents first, but neither his mom nor his dad even knows his company’s name. On the other hand, as soon as their other son walks in (he’s also an attorney like their parents) they beam with pride and gush about his TV appearance.

Despite his family’s lack of interest, Steve remains excited as he dances around his waiting room, and his talk goes well in spite of a slight hiccup at the start — he accidentally flipped off the audience during his first joke. The PD even calls him afterwards to ask if he could come on next week as well, but right then, a scandal erupts: the show’s host (cameo by musician Chang Kiha) is being accused of plagiarism.

Steve mopes in his office since his segment might not air, so Carol takes it upon herself to fix this mess. Dragging her boss and the disgraced host with her, Carol meets with the offended party and bribes him with money for a selfie. However, another scandal comes out and this time, a third musician is accusing the plagiarized of plagiarizing! Luckily for Steve, Carol manages to solve the issue by having all three men pose for a group photo. Heh. 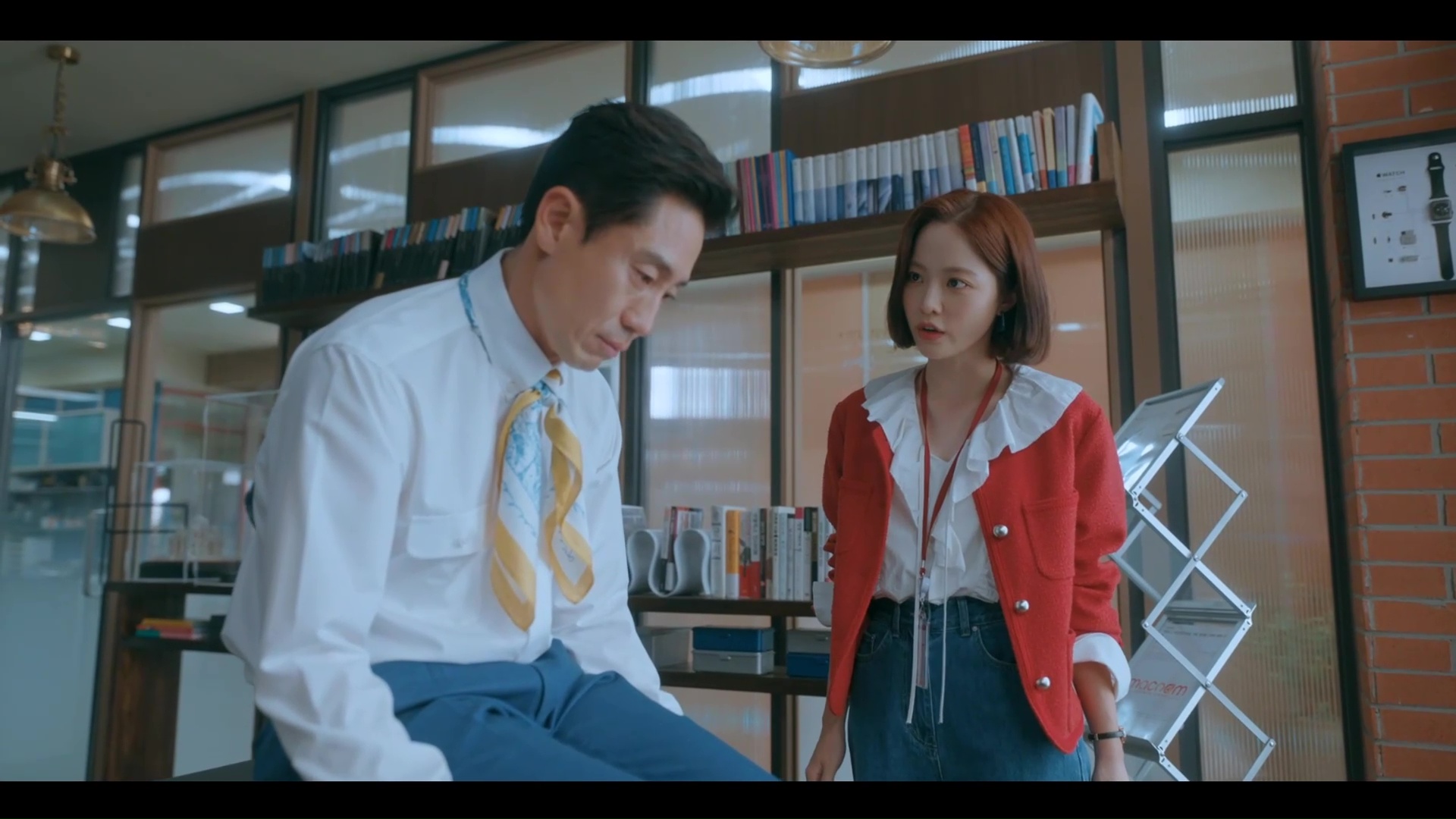 The day arrives for the show’s broadcast, and Steve watches it with unabashed joy. He shares a touching, though cliched, message about people being the most important part of business, but Carol sighs in exasperation as her boss ends up weeping on national television. The comments mostly mock him and the editing makes him look like a fool, but none of that matters to Steve who is clearly in love with the clips of himself.

The show is finding its footing, and I thought this week’s episodes were funnier than the last. In particular, the director made use of much better juxtapositions to deliver the punchlines, which also helps with the timing of the jokes. For example, the scene with Steve and his family is actually kind of sad; but the setup and payoff were hilarious because Steve may act like a young, attention-seeking teen, yet he looks like a middle-aged man and his family essentially treats him like one. I also have to give credit to Shin Ha-kyun and his sheer acting prowess. His knack for physical comedy isn’t in the traditional slapstick sense but with the way he exaggerates his motions and expressions. From body movements alone, the audience can tell how Steve feels, which is an impressive feat since the character changes so drastically even in the same scene, yet Shin somehow makes it flow seamlessly and creates a dynamic character.

The true stars this week, though, were Ashley and Monica for me. Their “money war” was amusing, and both actors did such a splendid job making these over-the-top characters feel grounded no matter how absurd the situation. As I mentioned before, I love Won Jin-ah in this role, but seeing her with Kim Young-ah made me realize how much funnier Ashley is as a character when she gets to bounce off someone who can match her energy. These two know that they don’t have to overact to sell their joke, and as a result, their more restrained performances actually highlight the foolishness of their characters. It’s an absolute treat to watch them, and I hope we get more Ashley and Monica moments in the future as well. 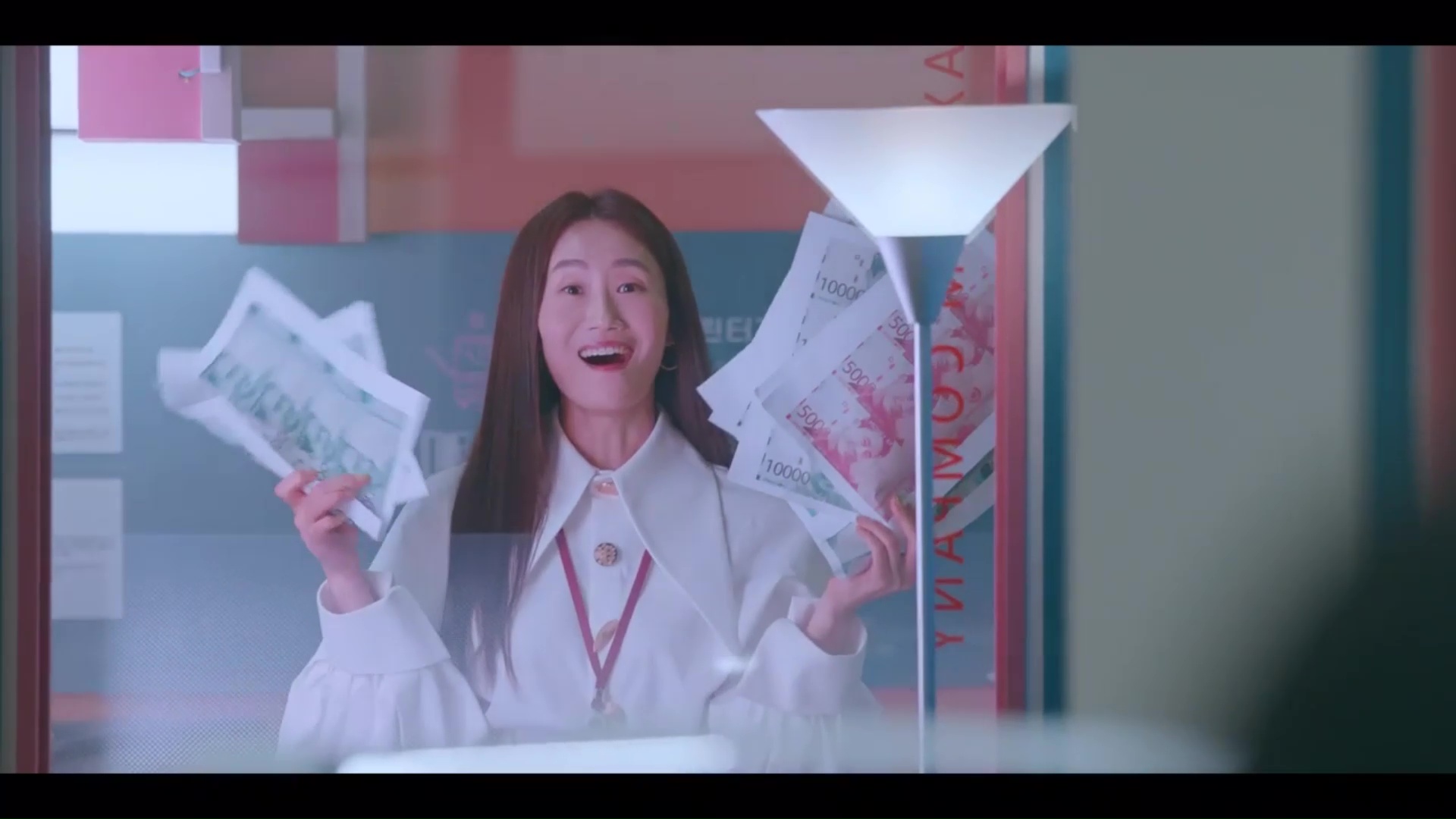 I really felt for Jesse. I don't think I'd last a day with them. Just when I thought he found someone who understood him, he got something worse. That software team are a big piece of work. A huge one.
I'm yet to watch 3 & 4 and this recap has only wet my appetite more.