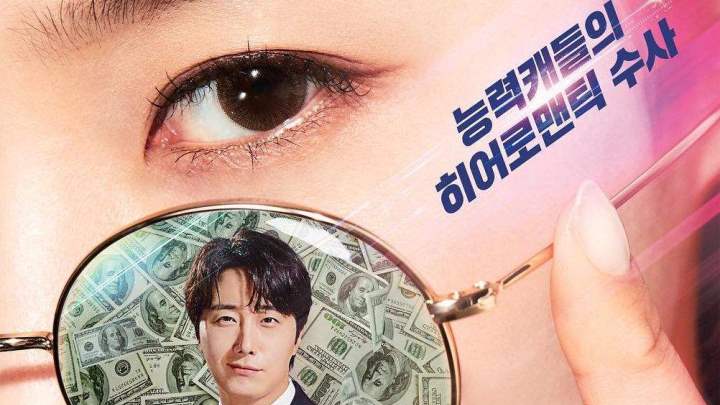 This is a light, happy drama which is a throwback to old school dramas which have a little bit of everything in them (action, romance, revenge, chaelbol). It may not hold up to critical viewing but this exactly the kind of drama you need sometimes. It’s dramas like these that made me fall in love with k dramas back in 2012.

I was drawn to this drama because of the lead actors and the set-up being an old 60s-70s cheesy, campy, caped hero, not-too-serious rom-com. I expected a light rom-com with a lot of humor; a show that did not take itself too seriously. I think the four leads worked well together. I thought the agency banter was well done. I think Seon-Woo’s talents were overdone while Se-Ra’s superpower was used about the right amount. I thought the early episodes had the most fun and comedy, but like most shows, it got too serious (stereotypical evil antagonist was a drag on the original caper premise.) I think Good Job was good to above average for its premise. I would recommend it to someone who has unresolved Bossam issues.

Why Watch? Jung Il-woo. He's in his comedic element here and he excels at playing the icy cool chaebol who is, at heart, a huge goofball completely oblivious to the fact that he's falling in love. If you liked him in "High End Crush," you'll love him here.

I didn't see "Bossam," but my guess is that if you liked the leads together in that one, you'll want to check them out here.

Why Else? Yuri's great, too, and the two have sparky chemistry and although obviously I don't know anything about either one of them off-screen, my guess is that these two genuinely like and respect each other, and that comes through in their on-screen rapport.

Is There a Plot? Sortof. The ML's mother was murdered, and he has a nasty cousin who may have been involved. There's also a necklace, the heroine's super vision, and many events and incidents necessitating numerous costume changes.

Is This Drama a Waste of Time? Probably. But it's fun, light, and if not laugh out loud funny as often as I expected, you'll probably still be amused. You do have to check your brain at the door and roll with the improbable moments, but the drama never takes itself very seriously, so you likely won't be tempted to, either.

What's the Best Moment? The kiss(es). It takes a while to get there, but it's worth it.

What's the Worst? You might be tempted to drop the drama fairly early when our crew pretends to be high school students pushing drugs at a club. The climax involves nerf guns. Yes, it's as cringey as it sounds.

How Are the Second Leads?:\ The actors seem to be having a lot of fun, but much of their relationship is over-the-top and unabashedly goofy. A couple of spoofy "Ghost" scenes are either awful or delightful depending on your mood. Overall, you may find this couple charming, or decide by episode 8 that you've had your fill, thank you very much.

Is 12 Episodes Too Little or Too Much? I think the story could have been told in 10. The later episodes do feel a bit saggy and draggy.

Anything Else? Even if you like this one, you probably won't really remember it two weeks after watching. It's not going to be one of those dramas that will fill your soul with wonder for the beauty and agony of the human condition. But it's entertaining and perfect for bingeing. I also think it works well as a drama that you don't have to watch in its entirety from start to finish to enjoy.

Good Job is at its best when it focuses on the Scooby-Doo capers and old school Batman and Robin villain chases. The story is filled with classic drama tropes, which are all part of the fun. However, Good Job drags when it leans into the (nonsensical) plot and loses focus on the characters we grow to love. Otherwise, it's an easy, check your brain at the door drama that doesn't require any concentration or time investment. 3.5 out of 5 stars

You could watch this drama for the capers and hijinks. There are laugh-out-loud moments.

You could watch it to see whether Eum Moon-seok really manages to steal the show from Jung Il-woo.

Or you could watch it for the Bossam references.

I watched it for Yuri. Even in a silly drama like this, she still carries herself with that quiet dignity that was so noticeable in Bossam. She and Il-woo clearly trust each other and have fun fooling around together. Is it too much to hope they'll get another chance to show off that rapport?

Some great comedic actors in this show. So it is worth watching just to see them in action. Some moments are laugh out loud funny. This is a Kitchen Sink drama that throws just about everything it can think of at the viewer, with a wink, hoping something will stick. For me, there was enough that stuck to recommend the drama. Besides, it has a very handsome Jung Il Woo all dressed up! Just a side note, but the poster designs and opening sequence/music are great and set up the drama nicely.

I loved the show! It's funny, there's no noble idiocy involved, lots of goofy shenanigans by the two lead couples. It's Jung Il-woo and Yu-ri at their funnier sides after the serious Bossam.

This drama was entertaining and felt like throwback to what I liked back in 2009 when i got hooked. JUNG ilwoo almost always shines, as a quirky leading guy, who combines arrogance and humor...i had not watched him lately. This show is upbeat and uses second leads well, and whimsical though it was, the finale fight scene was a bit of nailbiter in contrast to the overall sweet tone. My favorite disguise was at the casino, with Jung ilwoo rocking the stache. I am glad they stuck to 12 eps. Although simplistic plot, orphans and mystery seemed to hit the spot!