[Beanie Review] Under the Queen’s Umbrella 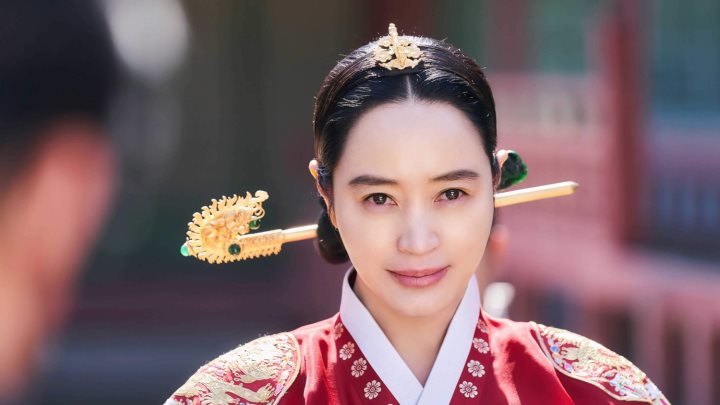 Do you like Saguek? Do you want to watch something that wouldn't disappoint as the year runs out? Under the Queen's Umbrella is the right place to be.

2 Too cynical for my own good

If one is looking for a proper sageuk with a battle of the minds kind of court scheming, one would probably be disappointed. One is me, it's me, I'm disappointed. The villains are one-note, and nerfed severely to almost comically incompetent or clown-like malicious territory, thus making the good guys' wins seem... trivial and an after-thought. There is no sense of danger or thrill that the good guys will actually be in peril, cause I can tell: a/ the good guys will just win because the writer wants it that way, or b/ the bad guys are incompetent simmering fools. If one is looking for a feel-good drama with decent acting and have some down time to let off steam, not minding a lucklustre court-ly mind battle, then this one is great. It's the PSA for motherhood of the year.

Definitely Kdrama of the Year for me. Will have to see how Alchemy of Souls finishes but my goodness, this story really came together. I love seeing an example of selfless mothering - one that isn't restricted to your offspring. True love in itself is given without conditions or partiality. It is benevolent and selfless while at the same time it satisfies the lover's self. Momma was definitely a queen in all senses of the word.

Under the Queen's Umbrella is truly a superb period kdrama. Every episode had you sitting at the edge of your chair while clutching your chest in anticipation. It's been a long time since I last saw something of this caliber! I especially love Kim Hye-soo and Kim Hae-sook's acting! The two queen's complicated relationship is amazing to behold. They try to outwit each other and you end up clapping your hands with how they did it even if you don't like the outcome. If you are looking to watch a well done period drama, this is it!

My top 10 Sageuk piece drama 😍...when people said they were lacklustered on bloody revenge (literally and figuratively), I am totally opposite of it.
For me, less gore and war scene increase the value of this drama for heightening the status of Queen itself. For a brilliant figure shown here, they should be able to reduce much collateral damage, especially among the subjects and peoples with their 3 steps ahead on planning.
My heart is totally full this year, I may not watch much drama but this year does have some great one. Waiting for another proper closure on Reborn Rich and AoS too 🤞✌️.

Even if you're not a fan of sageuks, this drama might catch your interest. It's not a typical one. The politics involved weren't that bad.

Filled with a diverse cast of characters, many with their own side stories. The pacing and writing is great from beginning to end. Nothing was overly dragged out. The drama ended well.

The motherhood theme is the main point.

I've watched a fair few historical pieces and have usually struggled to maintain interest in the politics. Not here. The power struggles between a large cast of characters are fascinating; the writer does a superb job of making it clear what's going on; most importantly, there is development in the politics. People don't remain untouchable; alliances shift and shift again. It makes for a compelling watch.

But better than that is our central character of the Queen who is a true mother of the nation. Kim Hyesoo excels in the role, is supported by equally strong senior actors, and raises the game of every young actor that is in a scene with her. Her story is in parts hilarious, poignant, heart-wrenching, maddening, Machiavellian, and more, but she lingers in your mind.

Thanks for the review. I caved @ndlessjoie @wishfultoki, if you'd like to watch this one, you can count me in *sobs*. It seems like it might be an interesting watch.

Great review 😍. I watched BTS of the last episode, between her and Gyeseong-gun...they both literally cries while holding hands. And makes me cried again 😅😭. A perfect depiction of great mother indeed.

This drama really had big ambitions. It wanted to break ground on a lot of things in the historical drama space, and I loved the ones it managed to pull off. Great job, writers!

The inclusion of the gay prince was unusual, even a bit daring, and it was treated with a lot of tenderness. I also liked that it was shown through the lens of a mother's love. The queen was ahead of her time.

When the Crown Prince told his young bride they didn't need to have a child because her health was more important -- it wasn't lost on me. He also wished for a beautiful daughter in a period obsessed with male heirs. We could argue that he planned to restore his nephew, so he wasn't pressured to produce heirs. Still, wishing for a daughter is not something commonly articulated by royalty in historical dramas.

To me this really was about the stories of Joseon women: the two powerful queens, the concubine and mothers, the crown princess, even the court ladies. The male characters, including the king and the princes, were there as support.

Not one but two queens that slays, a king that’s actually smart, two incredible crown princes, a band of brothers that supports each other (one did turn murderous though..), a cheeky, endearing princess and political alliances that swings faster than a pendulum - What’s not to love about it?

I feel they play it safe without pushing it too far with the plot points. Dramatic, but not dramatic enough. A good enough show, but not that spectacular, I would watch without expecting much.

I like this drama. The queen was a mother first and a queen second. She didn't let the palace politics stop her from being a mother and protecting her sons. The actress that portray the did an excellent job. I enjoyed this drama

It is a wrap, and I really can’t believe it is time to say goodbye to one of my favorite dramas of the year. My Saturdays and Sundays will now be empty.

I loved many things about the drama, but the cherry on top is how it portrays the Queen as a warm-hearted mother yet a strong woman who can stand up for herself and her loved ones. The drama pulls off that balance to the point.

We also got a lot of touching moments between the Queen and her sons as well as Simso and Bogeom. which influenced me greatly.

The Queen shielded literally everyone under her umbrella, including consort Tae and consort Ko, who have now become good mothers to their sons. That umbrella was also extended to shield powerless people, including women, who had nowhere to stay.

I wanted to get more flashbacks about what happened in the past and see more of Taein and Queen Yoon, but I will forgive the drama as it presented us with an exciting ride from the beginning to the end.

Moreover, the cast did a good job bringing life to their characters, especially Kim Hae-sook, who nailed the role of the greedy queen dowager to the point I got really mad each time I saw her on screen.

Kim Hye-soo and Ok Ja-yeon also did a good job portraying two powerful mothers who were the complete opposite. I loved every one of the princes, especially Seongnam, who I rooted for since the beginning. I am not too fond of Uiseong’s character, but I will forgive Chani as he did a good job with his role.

I hope our dear characters are now having their happily ever after while I try to move on from the drama and the overwhelming feelings it gave me. I doubt it will be easy, though.

Kim Hye-soo never fails. The casting is perfect for every role. Every time Kim Hye-soo & Kim Hae-sook are in the room, you can’t take your eyes off.

The portrayal of different mothers is really the highlight of the show. Various types of Queens trying protect their son who is under their umbrella in their own version of tender loving care.