Dramatic video, lovely song. I had to share. Her voice is beautiful.

I like it when ppl tell me im ok.

I don’t like it when I feel inferior for who I am by men bc I hate myself and like their face.

And when a man does that (JIN GU) it means he must be eliminated. I can only get stronger.

Anyway on to episode 4 😉 after i watch this thing about the bachelor that is. But i am liking it so far. I didn’t read past ep 1-2 @leetennant but all i kept thinking about was yu saying “the uncanny valley” because that’s exactly what it is. Everything is just off. The way that ji hwa’s ex walked with his cane and his mannerisms. The way dong je is. All of them even min juk because of his impediment. It’s fascinating but I really need to know what the show is hitting at more.

So far it is heavy on: the way woman are perceived and disabilities that are cognitive or because of age and loss. Also the idea of aging. I think they are also attacking the idea of family nuclearly and propping up a found one. However, I do not think a found family could be found in law and order a naturally pro imperial and anti-people violence. And they know this.

When dong sik discusses with his boss the brutality he faced. And then him saying “to catcch the monster you become one” this is a completely false analyses but one that law and order takes on. It isn’t true. To catch someone, to make the world better, it means to get there it takes a while and it is hard work. To accelerate it by exerting absolute power only has a negative impact.

I do enjoy how he said “What’s bad about getting emotional to want to capture someone that hurt my loved one” and he didn’t say kill which is important since these shows are obsessed with the morality of killing when it isn’t that simple. However, and I know my stance as an abolitionist isn’t popular but I am one and we all have to deal, there’s still that carceral lining. You know this thing is bad and that they can’t do a single thing right but why does the language then reinforce it? Also he says, “why can’t we be emotional with investigations” and that’s a double edged sword. They could be but that would be an ideal world where cops are humans. They are not. They are destructors of the world.

The show is saying that but still reneging. THe only thing I can see happening is decimating the community which I am sure will come. THe idea of this friend group of cops has to be destroyedf because it’s dangerous. A job is not fraternal. It seems being in these spaces that exploit people and extract power need the family dynamic and htey don’t want it to be seen as a job. It is a club. But no.

I’m interested to see what will come of it. I’m also confused about the immigration stuff. It’s only ep 3 and the show is vague but it is definitely heavily based on the message so i really need to understand that aspect more as i temper with the story. This is an overall complaint though with all media tbh. I would much rather to prefer and indulge their bullshit then trying to parse through a writer’s proposed reform of a system. There is no reforming the police. They are harmful. Full stop.

Though people cannot reach this conclusion always there’s things we do understand about it that are bad. I say all of it but I take baby steps with others. They keep talking about how in the rural spaces they have no funds. The police do not need funds, though. And surely the writers have heard about what’s happening in the US and they have had to because they have a paper that talks about clinton in the 2000s—MAJOR.

Then they go on to talk about wanting “local police” which the show is saying is bad (cos it is) and i am just ? Gals, we gotta hit home harder. There’s a vague suspended state where everyone is bad in this terrible fucking force and structure but within the show we aren’t sure if they hate this shit or love it. Do you want to become the monster? If so, why? Or do you ultimately just really want to antagonize this stupid body of people (this is both in the show’s world and for the people behind the production.)

Good Detective had this message and it’s a pretty simple show. It literally says: the cops are like anyone else, but they have a gun. So just not good. People given the power to harm and then build off that harm. No they’re fcuked up they said, we’re not ethical, this is just our fuckin’ job. And they were right at least. They’re trash but they do it. They’re no one. And even though there were flaws in the sorta carceral antagonism i enjoyed that. It wasn’t too thought out but it was simple. We fucking suck it’s just that we hvae guns and the right to make your lives a living hell. And we’re taking orders from ppl that want all our lives to be a living hell. It’s evil. Sorry. Knowing your evil is the easiest step.

Drama: has two absolutely gorgeous leads with the sweetest chemistry and the loveliest interactions and characters with so much potential and I swear the whole rest of the world stops and holds their breath when they have a scene together

Also drama: chooses to spend 80% of the airtime this week with love triangle nonsense and melo and sad mom stuff and failing to develop our OTP’s relationship any further and UGH

Watched a bit of the São Paulo concert on Bang Bang Con 21, and I know they must do that everywhere, but Junkook and J-Hope speaking Portuguese are so cuuuute. Falaram direitinho 💚 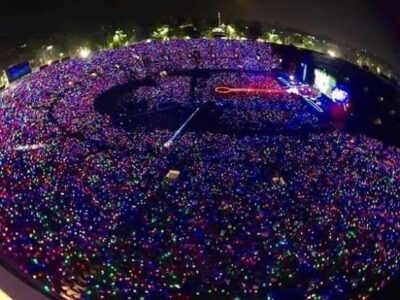 It’s been 4 years now since both Lee Min-ki and Kim Ji-won were in good dramas. Yes, it’s been four years since 2017’s Fight My Way and Because This Life is Our First.

There is still no word on the My Ajusshi writer’s new drama, which has offers out to both Lee Min-ki and Kim Ji-won. They both worked with each other and the director (who I also really like) previously, so I’m hopeful that’s a good sign it’ll happen.

If dramaland gives me only ONE GOOD THING this year/next year, it better be making this happen.

Make it happen. Give them characters totally different from Choi Ae-ra and Nam Se-hee and make it awesome, dramaland.

I AM BEGGING YOU.

THESE TWO DESERVE SOMETHING GOOD.

Here’s both of them destroying asshole’s side mirrors for your enjoyment.

b1a4 will be celebrating their 10th anniversary and onf is going to cover this time is over. u guys dont understand my excitement rn i cant believe my fav are going to cover my other fav’s masterpiece

If Lee Min-ki wasn’t so hilarious (seriously, dramaland, get him a well-written drama) I think I would’ve disliked it even more, but him being so effortlessly funny and the fact that Kang Min-hyuk has better chemistry with him than he does with Nana meant I didn’t hate the whole second lead thing as much as I normally would.

But show is seriously wasting Lee Min-ki and Nana’s natural chemistry, and Joo-in in particular was so wasted this week. I’m glad I have the fabulous Into the Ring to point to for an example of Nana used at her absolute best. Joo-in keeps just going along with everything the guys want to do and I’m waiting for the day where she finally just says, “Uh, no.” It’s clear in every single scene of the show that she sees Yoo-jin as just a friend, and the person she has a natural pull towards is Bi-soo. She didn’t have to choose because it’s pretty clear what her choice already was, even if you ignore the fact that, well, Bi-soo is the male lead.

I mean, come on. Who’s the one she’s kissing and staring at so closely and thinking about when he’s not around? The fact that she thinks she likes both of them in the same way just doesn’t make sense. You’ve known Yoo-jin for 14 years, Joo-in, and it doesn’t seem like anything he has done this whole show has made you feel differently about him now than you have for the past 14 years. Joo-in just seems like much too smart of a person to not realize this.

And all the melo bits that seem like they’ll come in even harder next week… why, show, why?!

ALL I WANT IS JOOSOO.

Kocowa released a mukbang vid of Seon Ho n the top comment has the right idea with the bangs! Also someone said his fans shud be called tteokbokki 🤣

I can always count on parkchuna to deliver me SeonBaby news! Thank you! 😊

And yes, if his fans are called ‘tteokbokki’ they can be sured to be so much loved seeing how much he loves it. I LOVE it, too.. well just so you know. 😉

OMGOSH!!
Another week to go!!

I finally finished watching all of 2D1N Season 4 episodes from 2019 until last week\’s episode. 😆

I thought it would take longer for me to watch it all but a little over a month was just enough.

Just wanna thank all the beanies for their good wishes. Just want to say that I am trying to work through stuff but I seem to have gotten the cause of it down. Thank you so much for all your support

I am not often on DB, so I did not get to extend my best wishes earlier, but hang in there! Knowing the root of the problem is the first step and now you just have to take it one step at a time. I wish you all the best!

I’m glad that you have. I wish you all the best!

Take care! I am wishing you all the best!

Once upon a time 2PM was a seven members band, and in fact Jaebeom was their leader. Sometimes it feels strange and I wonder what really happened. Anyway, I’m sharing this video because I love I hate you, and this dance practice was chaos and fun. I loved Junho judging (as always) the rest of the members, Khun being the only mature one, and WY quitting while JB, MJ, CS and TY are being a wild mess!!

Moo Chi should just move somewhere sunny with Bong Yi and be her dad, while Ba Reum kills all the serial killers (he’ll have to be the last to go I guess). They can come back when it’s safe 😅 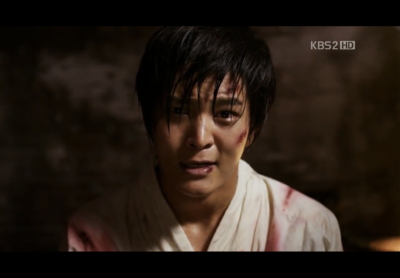 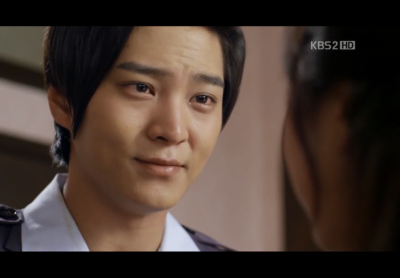 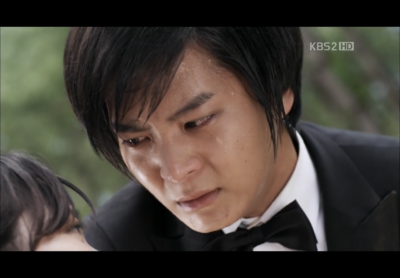 That is the wonderful Park Ki-woong!