So I finished The Ryan Ding Show #TheRomanceOfTigerAndRose.

While it’s not a perfect show and I have a few things I did not like about it, overall I enjoyed the ride. It was a satisfying ending to me. I didn’t think that scene at the beginning of Episode 24 would get me, but I hurt. Han Shuo does this to me.

The OTP is the heart of this show. I will miss all the fun and laugh I had with this show and mostly Ryan Young Master Han. I loved that his character was consistent through and through. There was that blip moment in Episode 19 that I did not like about him. He lost it for a moment there and I don’t glorify what he did, but he was mortified when he realized what he had attempted to do.

I swooned, laughed, ached for Han Shuo and I couldn’t see anyone else play him than Ryan Ding. Looking forward to see you more in the dramas you`ll headline!

*CUTIE SPOILER GIFS GALORE IN THE COMMENTS BELOW*

This could have been a HOT scene but it added weird elements in it that I couldn’t really enjoy this moment much. Anyways I gifed it! Just because!

thank you for this out-of-context gif, I’ll choose to remember it this way instead of the context it was in lol while it was somewhat realistic with his anger and growing-up-in-male-dominated-society background, it was still unpleasant (and I appreciated that they portrayed QQ as scared).

Yep In my mind this is how that gif came about: they were foreplaying and both consented it 🤩🤩🤩🤩

Keep grabbing my heart, you two.

I liked how Qianqian latched onto him like this

And then she gets mad. LOL

Auuuugh. Look at this face!!! It’s pure of love. HELP.

I thought this untying the knot was sexy.. RAWR.

We need more of these “dungeon” scenes please.

Loved this moment!! Look at Ryan Han Shuo! The look of love and longing on his face. MY HEART!

I love, love how his whole body shakes when he laughs! Also that ending is TOO DAMN SHORT!

I know! It was too short but I was very happy with it, so all is good. 😍😍😍 Ryan recently filmed a special episode of Intense Love since it was so popular in China. I hope Romance of Tiger and Rose gets a special too 🤞 They recently had a fanmeet tho! So nice to see the boys and OTP!!! 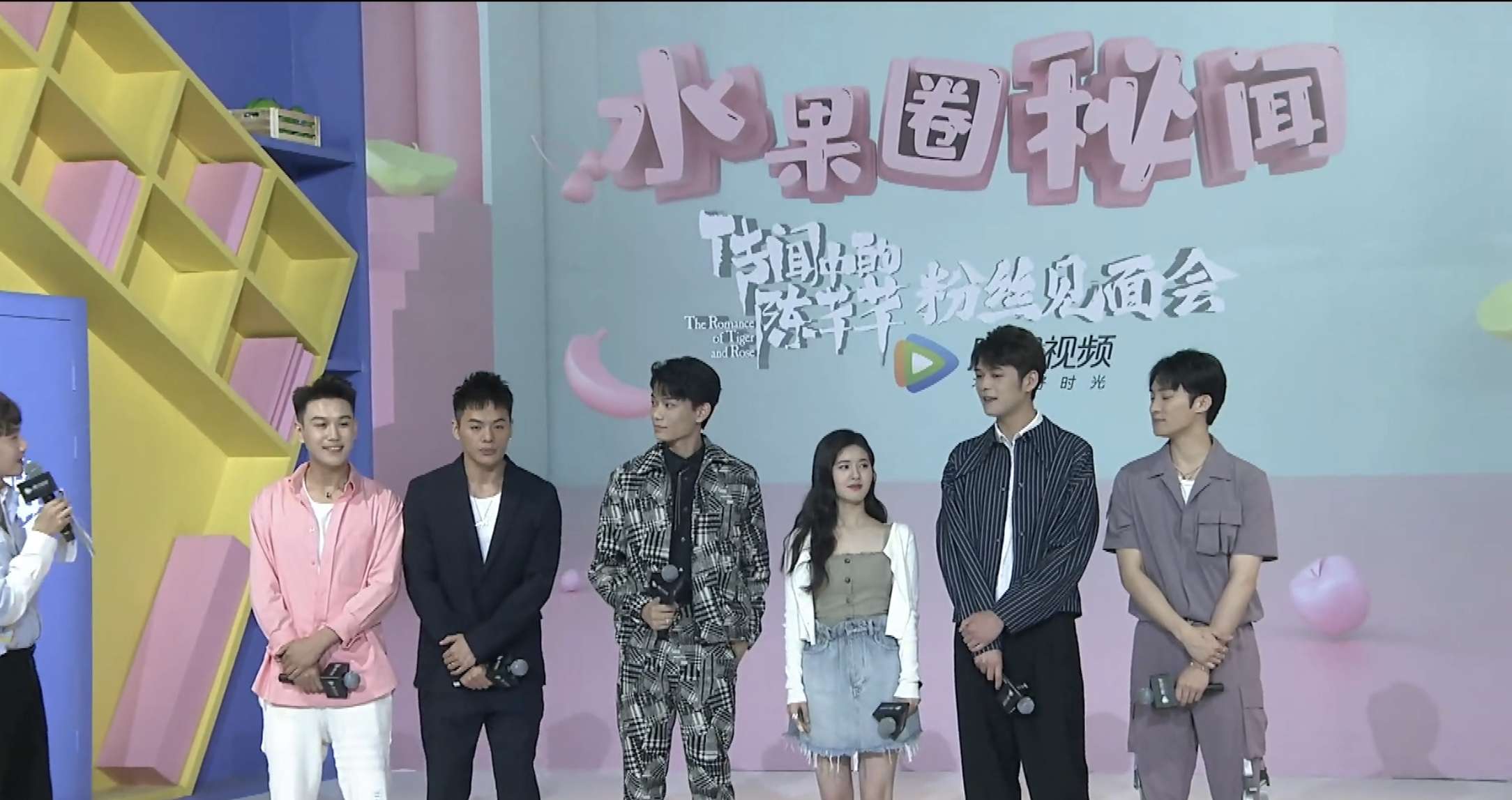 Haopy Ending? HAPPY ENDING! Lol I’m still stuck way behind in no-VIP land but I always wondered how they’ll conclude it. That’s good enough for me!

Yessss! It was a HEA \0/ and it’s one that actually made sense! Well “how” behind it wasn’t explained but the “why” it happened answered it and as a biased fan watching, I’m pretty satisfied with it.

Thank you for making my morning @13infamyss! Technically I’ve watched all the raw episodes but it doesn’t count when I don’t understand half of the dialogue and missing the nuances so I’m waiting patiently for the subbed episodes.

This drama wasn’t perfect but it came at the right time in my life when I needed a bit of laughter and joy. I totally disliked the unnecessary noble idiocy in Ep18 and yup that blip to Han Shou’s character in Ep19.

The heart of the show, as you rightly pointed out, is the OTP. Their chemistry is just 💕💕💕💕! One of my favourite drama this year! Maybe one of the TOP favourite ever.

Good morning! 👋 I have two more to post today. One is about my favourite ep 22 and the other is for blue!

Ep 24 looked sooooo makjang but it’s not. I actually hurt. But it had to happen. It makes sense. Ryan does this to me. I see him suffering and my heart goes oooooffff!!! And he did the exact same thing in ep 24 but I did not roll my eyes because it was.. well done! I was very very satisfied with the ending.

I used VPN and paid for the 19-24 English subs lol. Ryan take my money!!!! WeTV offered the English subs to Thai and Indonesians… 😑😑😑

True fan indeed!! 👏🏻👏🏻👏🏻 I didn’t know there is that option on the English subs. Sometimes it is a blessing I’m technologically challenged like how to use VPN??? 🤣🤣

Psst…. I managed to convince Mr Kdrama to watch the show. and he loved it. He understands Mandarin much much better than me (being a native speaker helps, albeit rather rusty haha) so he knows what’s going on. However I didn’t ask him to translate for me coz the last time he did for a different show that we tried to watch together, after a lengthy dialogue between 2 main characters, when I asked him what were they talking about, he told me, “Business talk” and I’m like 😠😠

Lol!!! I did not know anything about VPN too until Tiger and Rose forced me to learn it! I cried when a beanie told me WeTV Thai app had the entire episodes out. I needed to get access to those subs. It was a tough battle but I was very happy that my effort was worth it! 🥰

Lmao!!! Your husband sounds so funny but stingy translator! Lucky you have someone to watch this fun series with in real life. I have you all awesome beanies instead to spazz with 🤗

I wanted it to started it last week but all eps weren’t available , might save it for a summer light watch ^^

No the drama is not done for non-VIPs. But Should be finished end of June! I’ve finished it since I paid (lol!) and enjoyed the ride. It got too tropey a long the way but i still liked it! It was a HEA. I love HEA OTP is 😍😍😍😍😍