It’s so good! I accidentally binged the first eight episodes yesterday and now I can’t wait for the new ones. I almost wish I’d waited for it to finish airing.

Same here. It’s ending in china this week and yt is unfortunately full of spoilers.

I’m trying to avoid spoilers as much as possible!!!

Accidentally binged?? 😂
I think my heart would burst from all that tension if I were binging.
(Though now we are both at the same spot… NO SUBBED EPISODE 9 YET! 😭 )

I thought it would take me a few days to get through 8 eps, but I started early and could not stop because it was so good. Now I just need to avoid spoilers. 95% of the time I don’t care much if I’m spoiled, but this is definitely one show where the twists are better left unspoiled.

I’m actually scared to be spoiled…

Lol, I just made a post about starting it since I’d try anything related to Nirvana in Fire.
Glad to hear positive things about it.

I am amazed at how they manage to surprise us each time.

I definitely hadn’t expected what happened in E8 😲
I think E9 will be again a calmer one, probably at the police station?
But who knows with this show…

My wish to just click start on this drama keeps growing. But I refuse to be left on a cliffhanger for something like this. Restraint is so difficult.

Good luck with resisting 😆
(But the show is really really good 😀😀 )

No, no I’ll try my best until the show ends. This seems like a perfect binge-watch.

Hahaha… we will talk again in a week… 😁

I thought fairly early that Wang Quansheng actually was Li Ziwei, but I assumed he just lied about his identity to keep with Huang Yuxuan story. So the actual soul travel was totally unexpected for me. I also didn’t expect that Mo Junjie would end up in prison 😱 And it was clearly Huang Yuxuan in Chen Yunru’s body when she was killed what doesn’t line up with Chen Yunru’s memories… my head is going to split soon 😆
Though it is not the mystery what’s the best part for me… it’s the friendship and the love story… (and I’m so often in tears).

I got swayed today and bought a box of Maxim Coffee… and completely forgot that there already is sugar in the coffee pack! 😆
My son was curious and made a cup for himself… and as he accurately concluded: there should be one spoon less of sugar and one spoon more of coffee in the mixture 😀

I am really not gifted with these things 😅 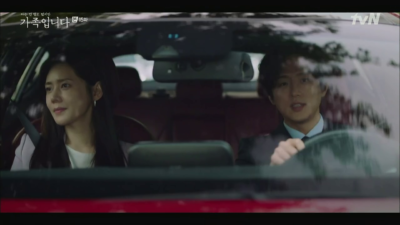 And it somehow posted too early 😅 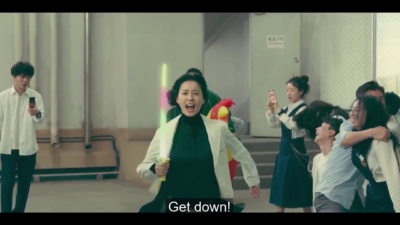 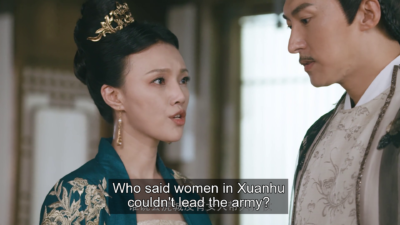 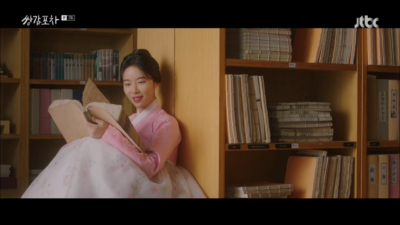 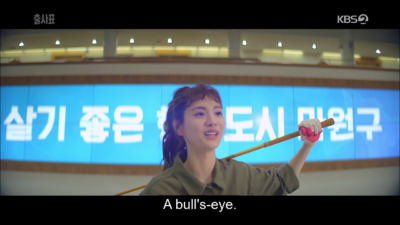 I was cleaning stuff on my computer and found my attempt for the end of the year review. So here it goes:

When I\’m looking back at this year and try to summarize it somehow, there is one word coming to my mind… unexpected. This year was certainly unexpected. And while the Real Life was unexpected more in a negative way, my Drama Life this year was enriched by some unexpected gems – shows which I didn\’t expect to like (or even watch) and which turned into a ray of sunshine bringing me light and joy in those Gloomy Days around me.

Late spring I met my first unexpected gem – a Chinese drama The Romance of Tiger and Rose. I read just a short synopsis and found the premise of an author getting inside her own script interesting. My expectations though were rather low and I thought I would drop the show after a couple of episodes, as was usual with any of my attempts to venture into Chinese dramaland. And then first episode happened and I had so much fun! And I enjoyed the series until the very end. The shining gem here was the good writing combining humour and clever plot (and humorous criticism of expected gender roles – you go Mom-In-Law!). Special mention goes to the two sidekicks of the leads.

Nearly at the same time came Mystic Pop-Up Bar. An unexpectedly touching drama with great balance between humour and sadness… and with original Other World. I liked nearly everyone there, but the shiniest gem definitely was Hwang Jum Eum (and her hanboks).

Then summer came and I reluctantly checked Into the Ring. Reluctantly, because dramas about politics are not my cup of tea. And what a surprise! I stayed till the end and even liked all the politics. The shining gem was without doubts Gu Sera (and Nana as Gu Sera). I loved her quirkiness and special methods and I chuckled with satisfaction when Gu Sera swung her golf stick. Special mention to the kisses… and the weird camera angles.

The School Nurse Files came during shortening autumn days and all its bizarreness unexpectedly worked for me. Not that I understood everything, but I was touched. I was deeply touched by the students\’ stories and even more by the School Nurse and her neverending fight. Jung Yoomi shined with her plastic sword. And so did Nam Joo Hyuk with his walking stick.

I\’m closing my list of unexpected gems with a show many of you watched when it aired in summer, but I watched it fairly recently, on the verge of autumn when winter was coming. I just one day randomly clicked on the first episode of My Unfamiliar Family and then could not watch anything else until I completed it.
The series has a weekender feel, but goes much deeper and all characters and misunderstandings are very real. The shiny gem here though was for me the character introduced rather late into the story – Lawyer Min Woo (great Kwon Yul). His talking and bright smile always filled me with joy. And his phone call with his mom will forever be in my treasure box of happy-making moments.

May we all also next year meet some unexpected gems in Dramaland which bring at least a bit of joy and happiness into our Real Lives!

This year… is finally over.
I find it nicely symbolic that (in my part of the World) the first vaccine was approved the same day when the Star of Bethlehem appeared on the sky (the closest conjunction of Jupiter and Saturn). We have a big hope now that this Good News will lead us out of the pandemic… and to happier days with our families and close ones.
Wishing you all safe and healthy 2021 and may we also have many good dramas keeping us company when the restrictions still hold! 😘🍷

I’m gonna cry if you end up leveling up faster than I do. T – T

Haha, no worries… with my sparse commenting I think I will live in this level all my life 😁

Congratulations! Get settled in, it’s gonna be a loooong slog 🛵

Omg, Psycho is awesome!!
Blowing my socks off…

Kang Tae and Moon Young are both so terribly hurt by their parents… and that\’s maybe their chance for understanding each other. Deeply. And a chance for love, because now I can see that they both may be capable to understand and embrace the dark side of each other and face their demons. And heal what can be healed and respect what can\’t and still help each other grow to be a better and fuller person.

Beginning of episode 8 is not better. Dohee gets second chance to come clean… and she hurts Haekyung again 😤 Where is the Dohee I loved so much??

I\’m sooo disappointed with Dohee.
So much, that I had to log on Dramabeans and share my disappointment.
What she is currently doing is just terribly cruel.
And Haekyung is again being suddenly abandoned…
#DinnerMateEp7

Thanks. I’m glad I dropped it. I couldn’t stomach the annoying exes anyway.

Midnight here.
Can\’t believe it has been already 10 years since I found Dramabeans… and even more since I started watching kdramas. Time flies. There are days when I miss the good old Dramabeans and terribly miss the voices of Javabeans and Girlfriday. Girls, I hope you are healthy and happy… and maybe writing some awesome kdrama screenplay 😉🙂

There are also days when I appreciate the new Dramabeans with the huge kdrama fanbase so awesomely friendly and tolerant. Real Life often doesn\’t allow me to interact more, but I\’m trying to make time every Saturday for http://WWW... and it\’s my Healing Time 😉 (Drinking Solo).
May you all manage to find your own healing times in 2020… and may we have plenty of awesome dramas to discuss!
Cheers… and be happy! 🍷😘

How did it sneak there the http?? 😆
Should be just the triple w for What We are Watching…

Happy New Year! Here’s to having lots of good dramas to discuss during Healing Time TM in 2020. 🙂

This is the right drama for the Xmas period 🙂

Spoiler – that MW would leave CS and move the hotel.

I only got to watch the first few minutes of this ep so far. That foot massage looked so painful.

isn’t it good.. he asked her to leave the job, friend pointed out why should wei wei sacrifice .. so this guy left the job

Because he put all blame on Wei Wei. He should have said he had found a new job. What is also the REAL reason he is resignating. I highly doubt he would leave without the secured job. Plus he should have discussed it with Wei Wei.

(Ep 4 of Before We Get Married)

the way he signals her to reject the proposal..and then realized his gf holding his hand ruined it..

this plot is good.. intense romances are always fun

Oh the look in his eyes during the hugs was so sad and desperate – and that was even before the kiss. He is good with all the emotions across his face.

But why he doesn’t tell off miss clingy is even harder to watch.

I wonder what’s Kehuan’s history with Suffocating Girlfriend that it is so difficult for him to leave her. I love the Sister though.

WWW ep3 – Tammy confronting Ga Kyung about Mogun at the end of the episode felt so much NOT Tammy…. 😕

Before We Get Married ep3 – still pretty good. More layers revealed. And I love the independent sister of Suffocating Girlfriend.

lol! I was so pissed off at that scene and all of the ending as well.

@dorotka I agree with you about Before We Get Married #3.
That little sister is going to be the breath of fresh air he needs to find his strength and let go of that suffocating child of a woman he lives with.
Still like the show – except waiting for ONE episode a week is hard!

ONE episode a week is a toooortureeee!!! 😵

I\’m stuck half way through the sixth (11+12) episode of Angel… am I falling out of love?? Though perhaps it\’s because Ballerina and Angel have too little time together and I don\’t care much about anything and anyone else…

That’s one of the problems with this drama. There’s nothing for me too like beyond those two. So when they’re not there and together it’s…boring/annoying…

I’m feeling the same way too. I adored the first 4 episodes but when it’s not focusing on those two everything else isn’t all that engaging.