Finally brought myself to watch the full 2022BTSFESTA video.
RM: “The thing I want to do and I wish to continue is that we’ll be together and are sincere when we perform on stage and that we could talk and be happy without thinking about the rules of the world”
I’m not crying, you’re crying

Can’t even imagine the pressure these guys must be under – from their company, fans, public opinion, themselves. I really appreciate it that they came forward and expressed their feelings, even if they can’t tell the whole story

I have come across some interviews stateside where they are more forth coming with words. They have spoken about this before and have even said they are disappointed that the footage from their management is so micromanaged and edited. So that tells me they said even more about how they felt in that dinner that will never be seen.

Gonna be interesting how promotions go when they put out solo work. Interesing indeed.

We were all crying… Even more so after reading RM’s letter a day later.

It’s Friday afternoon. Literally running away from my workplace. This week wasn’t great. I may or may not have let escape a shout like this https://www.instagram.com/tv/CbwOhCmgZ17/?utm_source=ig_we

Disclaimer: I hate cigarettes, I’m in no shape and form endorsing smoking. Beanies, don’t smoke. If you’re getting addicted to something, make it to kdramas 💚

This is one of his few recent songs that I actually don’t like. But this video is amazing

Yes, the song reminds me of some british bands from the 00’s, like Arctic Monkeys and Franz Ferdinand. I like it a lot, but it’s a very specific sound. And I’m obsessed with the video. It gives me Interview with the Vampire feels. Jackson Wang, year 1994, picks up cool references for his work. Oh my, does it show how ancient I am? 😆

Good rhythm and drumbeat. Loved it.

Jackson Wang’s new MV is EPIC! The beat drop heading into headbanger choreo
The decadent feel of the movie. Everything is wow. And JW’s corset, * chef’s kiss.He feels miles ahead from everybody else https://youtu.be/qCZHarOQvc4

Right? Everybody should watch this. JW’s MVs are always briliant, but this one is extra awesome

Hi, babe, we’ve been missing you!

This is a bit random, but did anybody also notice the new YG Headquarters? Wow, THAT is statement architecture. Hope to see it pop up soon in a drama 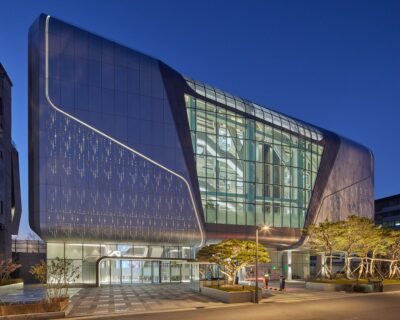 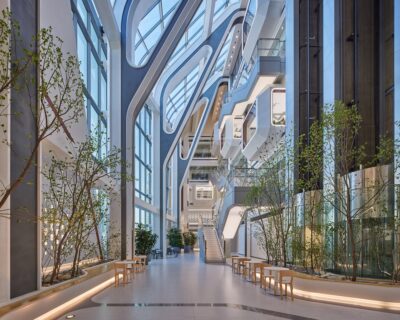 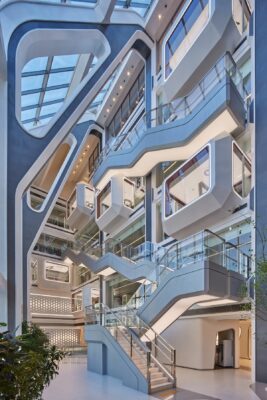 Here’s a link about it: https://www.architecturaldigest.com/story/tour-k-pops-new-headquarters/amp

(where they mention iKON and BigBang as the biggest kpop bands now. I mean, yeah sure, lol)

I’m waiting for the return of Bigbang, but I think army might have something to say about that comment.

I am patiently waiting too!

As an older fan, I’m very cautious about sharing my love of kpop irl. Today was my first time coming out of the house/my headphones and enjoying it at the cinema. It’s wonderful sharing something you love with a bunch of like-minded people, and on top of that, my kids also loved it. Still high on serotonin from the concert streaming, and it made me cherish DB even more, because it’s the place where I’m allowed to spazz out about kdrama, my other “weird” love (not for me, but for the people around me). Saranghae, Beanies! 💚💚💚 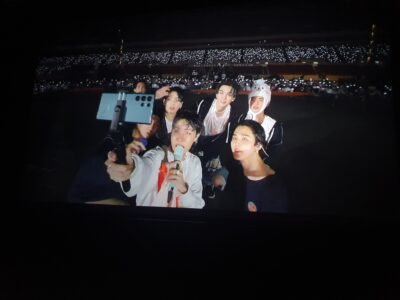 Great to hear you had a blast!

That’s great to know that you had fun!

Hi, I am new to this website. I am a big fan of Kdramas. I have been watching kdramas for a long time.
I don’t know how this website works. Can you guide me?

First if all, welcome to Dramabeans, k vampire! As to how the website works, I’m not sure if I understand your question, but I’ll give it a shot. I guess the most used features are
● drama recaps (you can find links to auring dramas on the homepage or look for specific dramas on the Shows section), you can post comments on recaps,
●Beanies section, usually called Beanie-wall. Basically, whatever people post on their personal fanwall goes there. It’s got some slow days, but it’s a great way to spazz about kdrama related stuff you enjoy,
●you can also post your how drama reviews and rate shows in the Shows section,
●finally, there are some threads about specific themes and a weekly hangout thread just to check in with other Beanies.
There are a lot more features, but these are the first ones that come to mind. I guess there’s no “right way” to be at Dramabeans, you just do you and in no time you’ll be interacting with other Beanies. Enjoy!

Thank You so much

I’m really late to see this, but I also watch the concert in the cinema in Germany! And later livestreamed the concert from Las Vegas. Had such a great time!

Yay, another fellow Army on DB. Nice to meet you 😊💚

On ep 2 of Something in the rain and I’m conflicted because I’m loving the lead characters (Son Yejin and Jung Haein are 💚, and I was delighted to see Wi Hajoon popping up on ep 1) but feel like punching all the workplace a**holes in the face, and dont get me started on the ex-bf, and I’m kind of suspecting that this drama is going to be bad for my blood pressure. But they are so adorable! What to do? (*hand wringing) 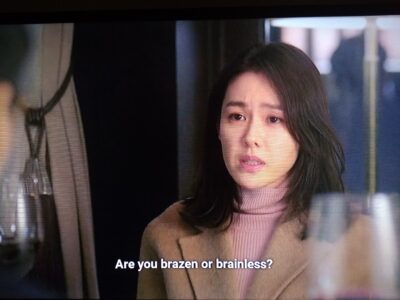 Oh yeah, a lot of very frustrating people. This drama is not the usual kind like everything will get better, it’s more the realistic kind. So be prepared!

But for me, it was one of the best relationship, the way the PD portrayed intimity in a couple is really beautiful 🙂

I’m beginning ep 4 now – yes, I’m blazing through it 😂 – and they are so relatable and adorkable 💚 I see the clouds in the horizont, but the conflict feels so forced to me bect they’re not even that far apart on age, like, she’s supposed to be in her early 30’s and him on his late 20’s and why on earth would that be a problem if both of them are full grown adults?

*my self correct is changing all the in-s for on-s, sorry about that 😭

I don’t think it’s only the age but the fact his sister is her best friend, he doesn’t have the tradionnal family…

Just wait until the mom starts screeching. My blood pressure was at its highest it had ever been at that point.

It’s unfortunate that the drama was unable to create a better balance between likeable and unlikeable characters. I really wanted to love it but it was just a bit too much.

If this isn’t going the habitual kdrama route of slow burning the romance until ep 8 and getting the big kiss scene around ep 12, then I can imagine that it’s one of those dramas that get the OTP together early on and make you love them – just to burn your ship and destroy your heart from episode 12 on. It’s unfortunate that I’m already in, hook line and sinker 😭

Mom was the main reason I dropped the show. I couldn’t take it.

Same! Dropped at episode 10 and came back when my husband started ep 16.

I hated the music so much that it was an easy drop for me.

Oh, I see your point! Stand by your man is a weird choice

That Bruce Willis song gets just as annoying. Just wait.

As a Beanie has suggested in another thread, the song should be changed to Stand By Your Mom.

It was one of my earliest dramas, so everything was new and I was much more tolerant than I am now. I was entranced by the leads, mesmerised and repelled by the family, and surprised by the workplace issues. I know many people hated it, but I’d actually rewatch it to soak up the leads. It never makes sense to me how parents can interfere in their adult children’s relationships, so I had to find my Confucian hat and try to “get it”. I guess it was my first immersion into a different cultural approach to family. As a balance to this, I’d recommend One Spring Night to see solidarity amongst women in the face of patriarchal entitlement and attempted dominination. Anyway nothing can spoil the leads for me. Seeing both prompted me to follow them up in other dramas. Thus began my kdrama journey ☺️

They had so much fun making this 😂
https://www.instagram.com/p/CaRoPgZrDR9/?utm_source=ig_web_button_share_sheet

Told my kids I felt embarrassed to go alone because I’m old, and they offered to go with me to the BTS concert streaming at the cinema. Snatched those tickets. I’m so excited!

Aww. That’s sweet of them.

You guys are gonna have a blast. You can’t be too old when it comes to BTS. Enjoy!

They are pretty cool, not saying just because they’re my kids 😙 But, yes, this is going to be so much fun!

That’s great! Have a fun time!

i just saw they are going to do 4 concerts in las vegas — live nation?

They announced a world tour a couple of days ago, but I’ll have to wait and see European dates to figure out if I can make it to any of them. Going to las Las Vegas for a concert is a bit of a stretch for me, so I’m content just to go to a streaming session at the local cinema 😂

This choreo is so crisp and satisfying to watch. Been obsessed for weeks now

Love, February (belated) Day 14:
This is what happens when your kid loves the cats but not the English class assignments 😂 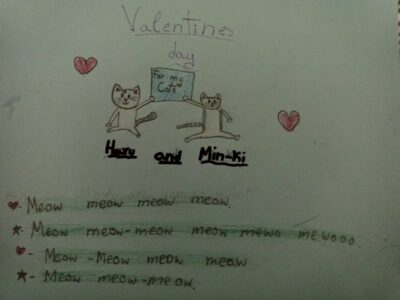 Awww 😸 This is too cute! They are very good at drawing 😊

They two are very lovely fuzzballs 💚

Finished Our Beloved Summer! Love it when characters’ individual growth goes before romantic love. And it’s so wholesome and cute and fluffy 😍
I literally grinned through 80% of this drama 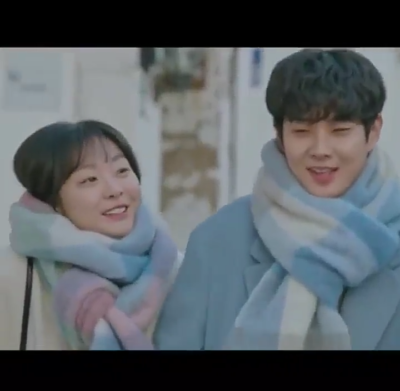 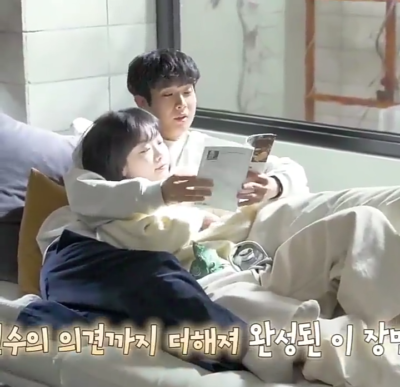 I really needed a “grin throughout 80%” of a drama drama and yes, this was it! I love that I didn’t have to wrestle with it, but simply enjoyed OBS.

A drama to love and enjoy.

Beanies who still haven’t watched Love and Leashes: How can you say no to His Puppyness? 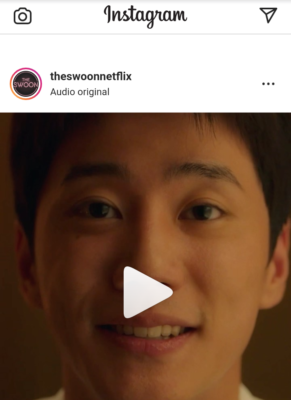 So, I started following James Somerton because of his video essays about toxic gay relationships in manga, and I stayed because he’s amazing and ever fails to deliver insightful comment on stuff I love. This afternoon I watched this video, and it made me think, specially because today I’ve been watching Devil Judge and Beyond Evil, which are both super gay-baitey.
This is quite a long video essay, but super interesting. I think that the observations about how shipping is a cheaper than kawaii as a way to engage large audiences is especially interesting. Our clicks, and shipping, and fan-art, all that can be monetized, and most of the time fans aren’t aware of that. Also, it’s important to keep in mind that the stuff catered to the female gaze may be taking away true gay representation.
So here it is: https://youtu.be/UiDcQnavKPI

Just Pentagon being adorable in their Feelin Like relay dance video 😂

Love February Day 12: I like my flatmates so much than I don’t even mind them destroying all my possessions. So I guess that’s love, February 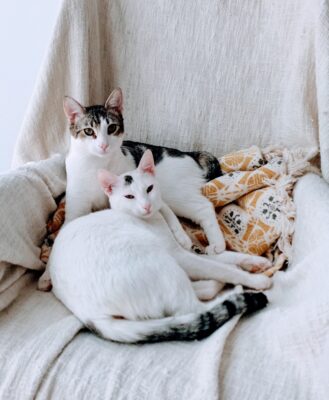 The grey one is a scaredy fuzzball,and the white is a cheeky fuzzball 😚

Love February 11: Cherish the persons you can cry next to – and let them have a good cry at times too. Love, February

This squad is so precious, esp the little dude!

Love February Day 10: No need for anything else. You look amazing when you’re feeling yourself 🔥Love, February