A typical underdog story that started with this ambitious, sleek and smooth talker, Manager Kim from Gunsan. He works diligently though not too honestly, to realize his dream — to live in Denmark! 🇩🇰

I couldn’t imagine any other actor as Manager Kim other than Namgoong Min! Haha! I’ve read an article that this role was initially offered to Cha Tae Hyun. Min nailed his role here! A complete 360° turn from his role in Stove League (I love him to bits there too, I highly recommend that show too!!) 🙃

A lot of mishaps happened but eventually led him to work in TQ — a whitecollar job he never dreamed of working nor staying! Haha! There he meets our underdog team of Accounting: Team Leader Choo, Asst Yoon, Lee Jae Joon, Won Ki Ok, Bing Hee Jin AND KIM.SEON.HO (Twas his debut in TV show, repeatedly heard this from him in 2DN1🤣 I had time just now, sorry 😉). You’ll see in the show that UNDERDOG TEAM is an UNDERSTATEMENT for these guys. 😁 Haha. We also have Hong Ga Eun as an Intern in the Finance department who is a great ally to our team. 😉

Since Manager Kim’s Day1 at work, it was not a good start for everyone in the team nor to anyone who’s working in TQ. 🙈

Then we meet our team of antagonists lead by Chairman Park with his allies: Directors Jo and Ko, AAAAND Prosecutor turned Director Seo Yul. 😈

I already loved Junho in Just Between Lovers and in Twenty (movie) but wow, him acting as hot and cold antagonist, I was so impressed and thrilled! I want more of him in this role! 🙈 Haha! Cant wait for him to finish his mandatory military service next year!

It was a lengthy 20 episodes (my only complain in this show though?) full of action, comedy gold and triumph worthy scenes!! It has a lot of moving scenes too; the show consistently dealt on how do you measure one’s goodness and loyalty, what greed does to a person and how thick blood in the family runs? Oh I love the character development of our main leads and the supporting cast! A really superb team chemistry too! It was an ensemble 😄

I’d give it a 🟢 to anyone needing an inspirational show with a dash of comedy and life! 👌🤩 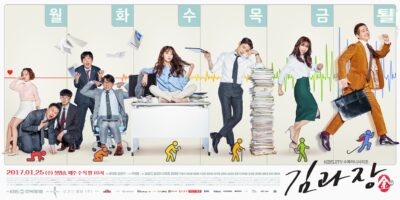 So many discoveries in this drama for me: Kim Seon-ho, Dong-ha, and of course Junho (I couldn’t believe he was an idol – Gluttonous Sociopath for the win! 🍕). Actually not many beanies watched it back in 2017, but we successfully promoted the drama afterwards. The drama also won Best Couple LOL 😅

Kim Seon-ho as the office maknae was so cute in his glasses and bowl-cut hair.

Holy crap!!!! I watched Chief Kim and didnt realise it was Kim Sun Ho as the office maknae. What is wrong with me????? I always recognize actors. Shit. How could I not realise that??? 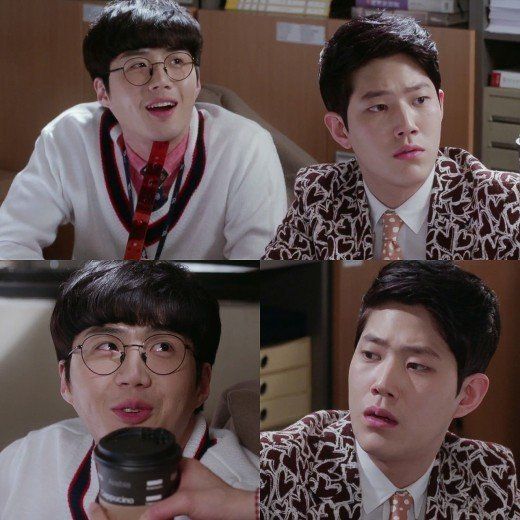 Holy mother of god!! It hit me the moment I read your comment. I just dont realise how I didnt connect the dots. Maybe it’s because I didnt know Kim Sun Ho very well when i watched Chief Kim

CK was already on my to-watch list because of Dongha (found him super impressive in Suspicious Partner), but now you bumped it up to the top, thanks!

Chief Kim was such a nice drama, so good and so funny 🙂 !
was going to add “they won Best Couple award” …not suprised somebody already mentioned it ^^

agreeing with Toki , it also has SeonHo and DongHa 🙂

Iknow! I rarely lurk around that year because of life and finally picked it up and No regrets! Twas sooooo greaaat!! Whaa!! Love the constant bickering til the end of this show OTP! STELLAR! HAHAHAHA

Chief Kim is one of the best shows EVER, with the best love-at-first-sight scene I have ever seen in a show. Along with many many other things done exceptionally well.

It is! I had no regret picking it up. Looking forward to back tracking good shows in the past. Hahaha

I will check it out. I actually also heard it from 2D1N. Thanks for this tip!

You’ve convinced me to bump this up on the watch list, thank you!!

I have a slight aversion to NGM so I kind of avoid his dramas. Willing to be proven wrong though!

I’ve watched this show recently and I loved it. It’s probably the best office drama I watched (although Familiar Wife office was also really good), but what made the difference for me was NGM. He was stellar and perfect. And him and Lee Junho together was this beanie Paradise!

Min and Junho was so perfect in this show!! 🙈

I’ve watched it twice and am ready for a third watch. Absolutely love this show.

Such a fun show! Really liked Namgoong Min and Junho in this! I still remember how they had Dong-ha’s character gluing receipts all day! *laughing*

It was so cute seeing Dong Ha grow up in the show! Hahaha