Breaking my fan wall silence to sing my praises and have a final gush about Brahms. Brahms is such a unique drama in that it seems at the outset to be an inspirational piece about fulfilling one’s dreams and ambitions. That is…until you realize with each passing episode that that is the opposite of what this show set out to tell. Brahms conveyed what other dramas may shy away from: the inability to reach all of your dreams and the possibility of having to move away from something you love. As depressing as that sounds on paper, Brahms really was able to leave both its characters and us viewers in a place of hope (and a whole lot of love for our OTP).

The main leads of Brahms are going down as two of my favorite drama characters of all time. Joon-young and Song-ah are the introverted, sweet, and caring OTP that I didn’t know I was missing in dramaland until they appeared. Joon-young and his swoopy hair had me swooning from the first episode. I adored his consideration for Song-ah and his instant desire to have a connection with her – even just to be friends. The pure comfort in their relationship was just wonderfully palpable. (No bickering stage at all. Thank you, Brahms!) His arc from performing piano as if he was bound by chains to finding joy in playing the music he wanted to was lovely to see.

And Song-ah. Song-ah was such a relatable character to me. Not a brash or spunky FL, but a quiet and reserved one. And still, Brahms was able to give these two leads such spark and chemistry every time they were on screen together – in their smallest interactions and in their moments of stillness. Maybe Song-ah was frustrating to some as she did bottle up her emotions, but she was also communicative in the moments that mattered and determined where it counted. When she realized she was hurting herself, she stepped back and re-evaluated. Although it was heartbreaking to watch as her dream slipped from her fingers, it was also encouraging to see her take what she had learned and embrace a new path. And it doesn’t hurt that that happened to come with a hot world class pianist boyfriend at all, does it? 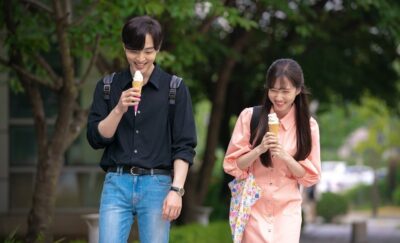 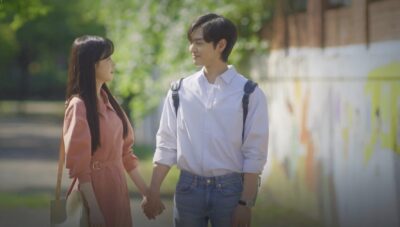 Thank you! ☺️ I just had to write something for this lovely show! 💕

Right? And I won’t get tired reading all of them too! Haha! Show has a great narrative to think about and ponder on 🥰