Hometown Cha-Cha-Cha is exactly what I expected it to be: lighthearted, brainless fluff, and I’m totally fine with that. The show knows what it is and it’s delivering as a standard rom-com. It’s not reinventing the wheel, but it’s a pretty show with pretty people and some humorous dialogue.

One interesting thing that I noticed but haven’t seen anyone else mention is that it basically has the fixings of a noona romance without being a noona romance. The female lead is a successful single career woman who’s great at her job but clueless at some other things. The male lead is an outgoing, rough-around-the-edges charmer with a minimum wage job but has a secret past. I’m getting lots of Witch’s Romance/Dal-ja’s Spring vibes from the setup, and I don’t hate it. I just hope he doesn’t end up going back to being a big elite like in Witch’s Romance. One thing I liked about Dal-ja’s Spring was that it just let the female lead be the “breadwinner” with a stable career in the end because who cares about society’s expectations! So I hope this one goes that route–let “Chief” Hong stay “Chief” Hong!

It’s been a while since I’ve seen a straight, almost old-fashioned rom-com that has a flawed but not completely unlikeable male lead and without a major power imbalance between the leads (cough Monthly Magazine Home cough) and without any weird/tragic red flags… yet (cough Oh! Master and Do Do Sol Sol La La Sol cough).

I really hope I didn’t just jinx it, LOL. 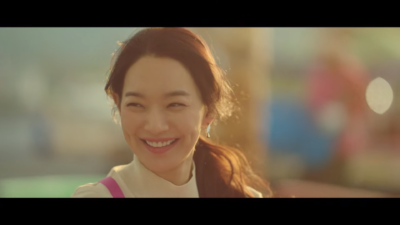 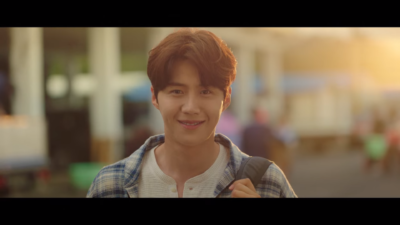 I didn’t expect to like it as much as I did. It felt warm and comfortable and like you said, almost old-fashioned. I used to watch every rom-com that came out and am now the ultimate rom-com dropper, but I feel good about this one.

Plus, watching the leads smile is making me smile. Also, the Halmoni group and the kids are adorable 😍

The pessimist in me says we’ll never know whether you jinxed it or it was just inescapable fate.

Nope. Throwing lots of gold lighters on the altar to the drama gods right now.

While it’s racing through the tropes, the drama watcher in me is braced for developments. I’m observing myself too to see how satisfied I will be if it’s an old time brainless-fluff rom-com. Jinxing spells coming your way….

It’s the escape I was looking for. It’s replacing my yearly ocean trip.

It’s a remake of Mr Hong (2004) with Kim Joo-Hyuk as Hong Doo-shik and Uhm Jung-hwa as Hye-jin. From clips available at YT, there are exactly the same scenes in both – will check out the movie over the weekend.

Yup, I know! I also plan on checking out the movie at some point.

The film is a pretty old-fashioned, not terribly enlightened rom-com that’s quite typical of its period. However, while Hye-jin is written as a straightforwardly clueless and condescending city girl, Doo-shik, though a bit brusque, is never deliberately rude to her. The townspeople are pretty ordinary and not particularly unreasonable. So the film would not ignite the kind of debate that I think is beginning to emerge over Hometown Cha3 — i.e. whether Doo-shik is nasty or nice, and whether Hye-jin deserves the treatment she gets from him and the other townspeople.

Based on the comments, the new Doo-shik seems like a more old-fashioned character than the old one, cos the old one is in no way a tsundere or whatever you call it. In fact he is so objective that there is barely any romantic chemistry between him and Hye-jin. And IMO Uhm Jung-hwa’s charisma is completely wasted on the character. What I did enjoy about the film is its very wry and almost off-hand humour. Watch out for the game of baduk between Doo-shik and Hye-jin’s dad, the single kimbap that Doo-shik has to deliver, and – best of all – the saluting seagulls.